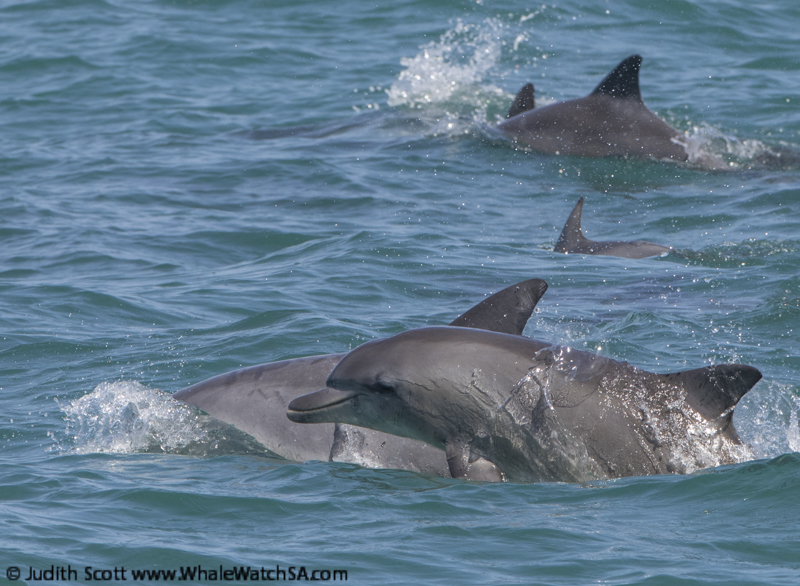 Like other dolphins these are fast animals, so a camera with a good shutter speed will pay off with bottlenose dolphins.
Since they spend most of their time under the water, consider the lack of contrast compared to land or sky-based animals.

Our whale spotter tells us about the world famous Bottlenose Dolphin.

Identification – Which bottlenose dolphins do you see?

Diet – What do Bottlenose dolphins eat?

The Indo-Pacific bottlenose dolphins have a wide variety of prey but predominantly feed on eat fish and cephalopods (e.g. squid & octopus) that can be found in shallow waters, but they can also feed on pelagic and off-shore fish species.

Bottlenose dolphins live in groups from 5 to 60 individuals but can sometimes be seen in groups of 100 animals or more. The groups tend to be larger if there are calves present, but the groups are relatively fluid.

Births occur predominantly in months with higher water temperature but can happen all year round. Females have usually one calf every 3 to 6 years and wean for up to 3-5 years. The female is sexually mature between 12 to 15 years old, the male between 10 to 15 years. The gestation period (pregnancy) is one year. The calf measures approximately 0.8-1.2m long at birth weighs anywhere between 9-21kg and is born tail first.

Fun Fact: Using a technique similar to sonar, sending ultrasounds through the water, which is then bounced back to the animal and used to navigate and detect potential food sources