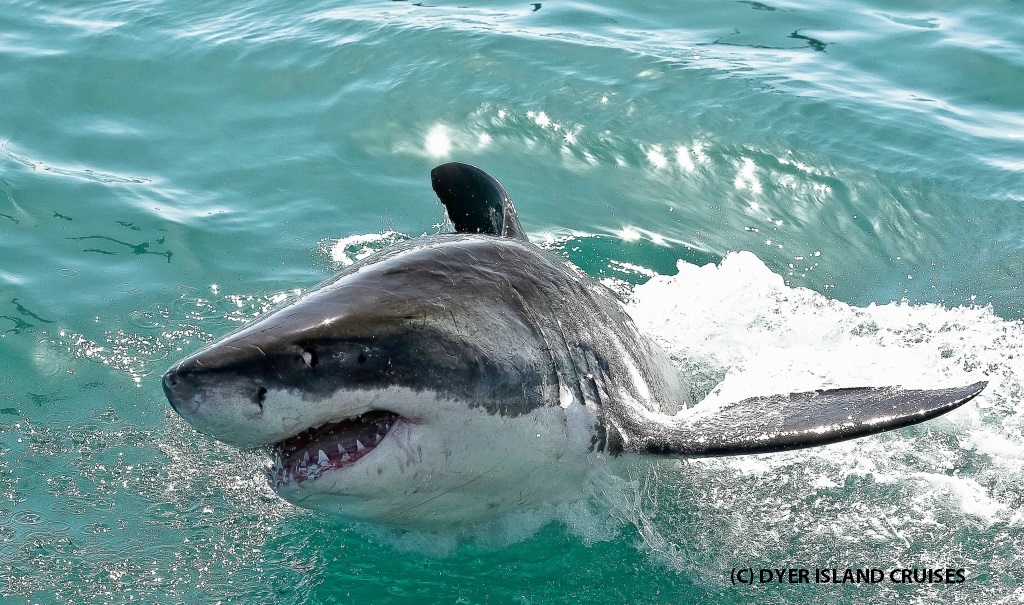 The great white shark is certainly one of the most infamous marine species inhabiting the Dyer Island area. South Africa became the first country to officially protect the great white shark, and Dyer Island Cruises is responsible for introducing thousands of people every year to this increasingly endangered species.

A polarized filter is a must for these animals as well as a quick reaction time!

All sharks and rays are fish known as “elasmobranchs,” which means they have a skeleton made of cartilage (what makes your ears and your nose) not bone.

There are over 600 species of known shark, and this number is constantly increasing as we discover more about the ocean!

While we have 5 senses, sharks and rays have 7! Touch, smell, taste, sight, hearing, water pressure, and they can detect slight electrical fields produced by muscles (including your heart beat!)

Sharks and rays do not have fish scales, but skin made of denticles, which look like small teeth when seen under a microscope. This is why it is smooth to pet a shark from head to tail, but rough when you pet him from tail to head. (Don’t try this at home)

Great white sharks give live birth, just like mammals, and this is called “ovivipary.”

Great white sharks are also “hetero-thermic”, which means the temperature inside their body is higher than the cold waters they swim in, very much like mammals again!

Attacks – Why do sharks have such a bad reputation? The myths and the facts.

Shark encounters can sometimes be fatal, and while these situations are tragic, they are incredibly rare.

What is more risky? Swimming in the ocean or driving to the beach?

Fun Fact: The skin of a great white shark actually comprises of countless tiny teeth, giving them a sandpaper-like texture.