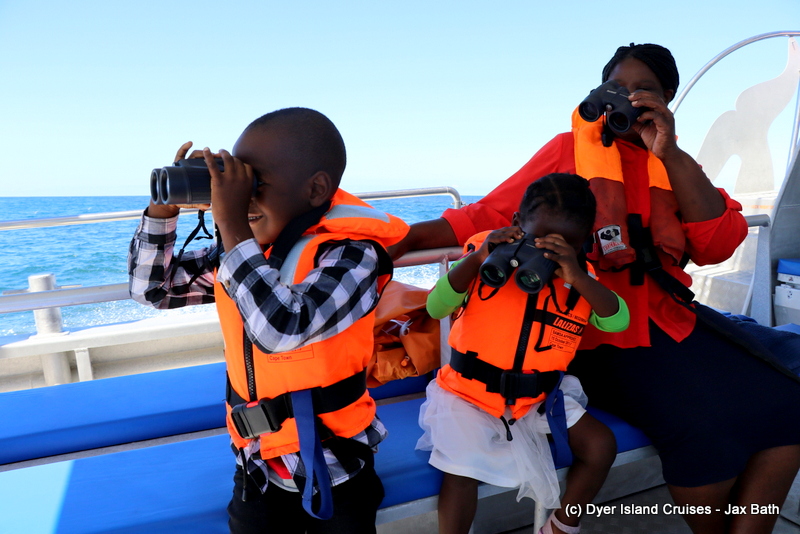 We had another Marine Big 5 day, spotting some amazing sights with our cruise through the bay. We started off our tour making our way straight towards the cage diving boats where we hoped to take a stop at our sister company’s boat, Slashfin. When we stopped, we were thrilled to find a couple of curious Copper Sharks which we could see through the beautiful blue water. We watched the sharks surface again and again before deciding to head inshore for some more animals.

What we found surpassed any hope we had, when we found a huge bait ball with the fish swimming right at the surface. In the bait ball, we had Southern Mullets who seemed to be feeding on the Anchovy moving through, along with the mullets, we had the Swift and Sandwich Terns, Kelp and Hartlaubs Gulls and even a Cape Cormorant getting in on the action. We don’t get to see fish on all our tours and certainly not like this, so it was all pretty exciting. Shortly after this feeding frenzy, we really hit gold, finding a pod of Bottlenose Dolphins travelling through the surf. It is always fantastic to catch up with these incredible creatures, and we even had a few babies in the mix. After travelling with them through the waves, we decided to head to Dyer Island.

African Penguins were the next sight for the day, with us checking them out on their home. Using binoculars, we had a look out for these monochrome little birds between the boulders and managed to find a few laying down whilst others where boulder hopping.

We stopped in Shark Alley next, hanging out with our Cape Fur Seal colony. After this, we decided to go into deeper water. Here, Kira spotted a blow and we caught up with a juvenile Brydes Whale. We got some close views of this animal who surfaced right next to the boat. After doing some whale watching, we made our way on in. 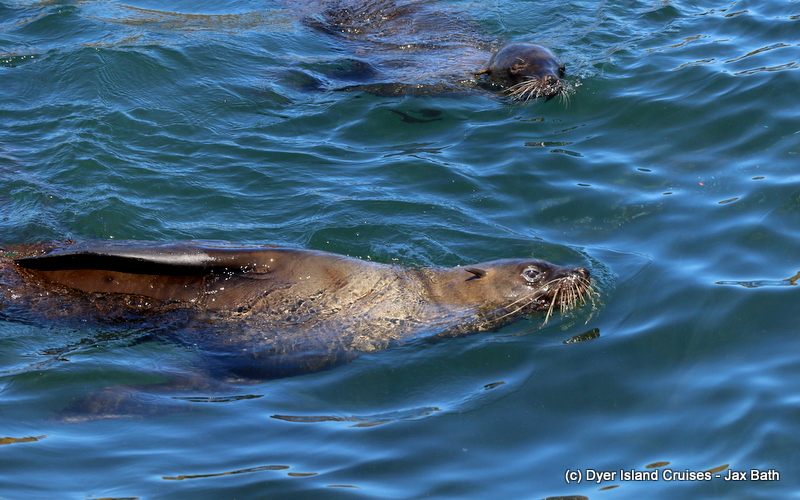 Getting the beady eye from some seals. 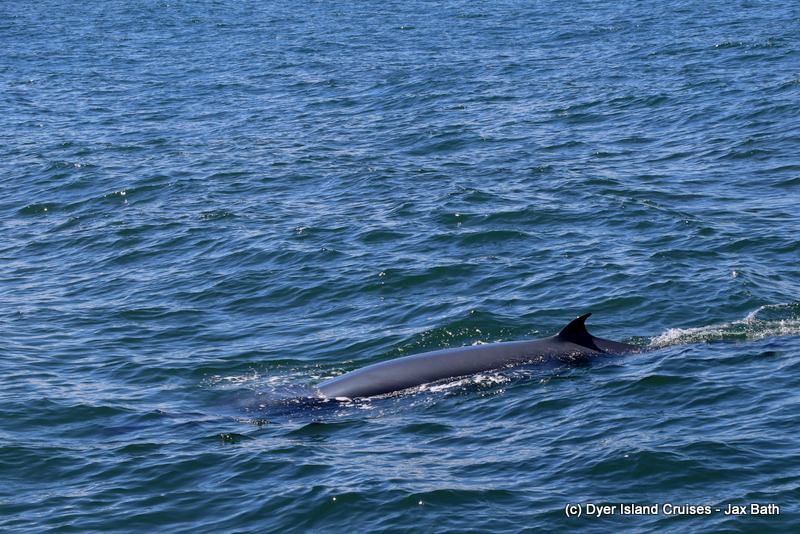 A juvenile Brydes Whale we found in front of Dyer Island. 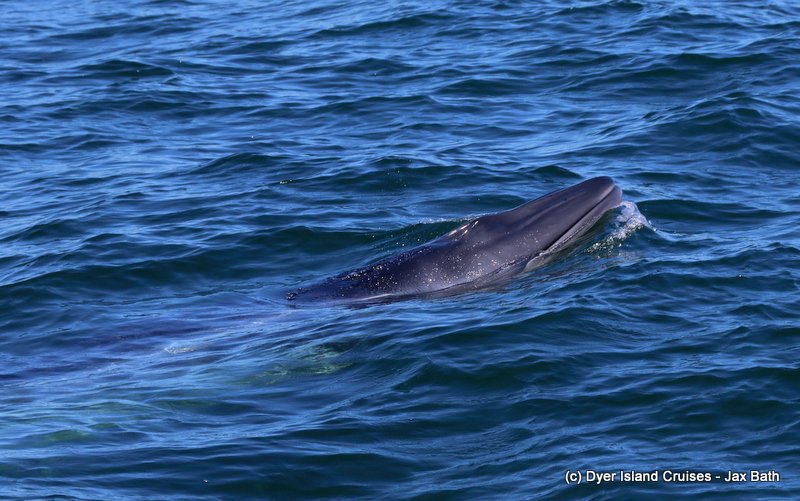 We were lucky to have the whale surface right next to the boat. 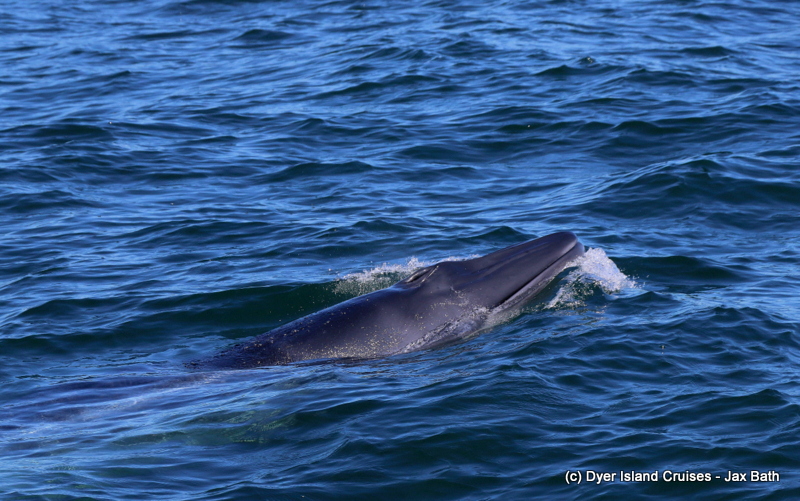 Brydes Whales have 3 distinct ridges on the head which is how we identify them. 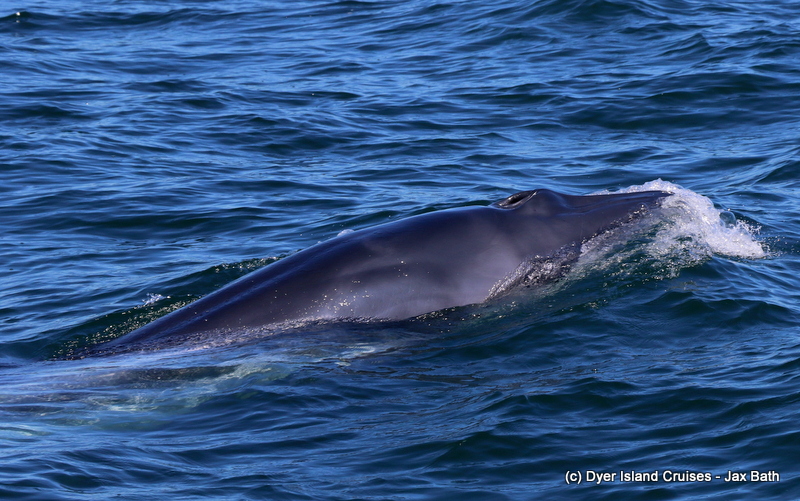 One last view of the whale surfacing next to us. 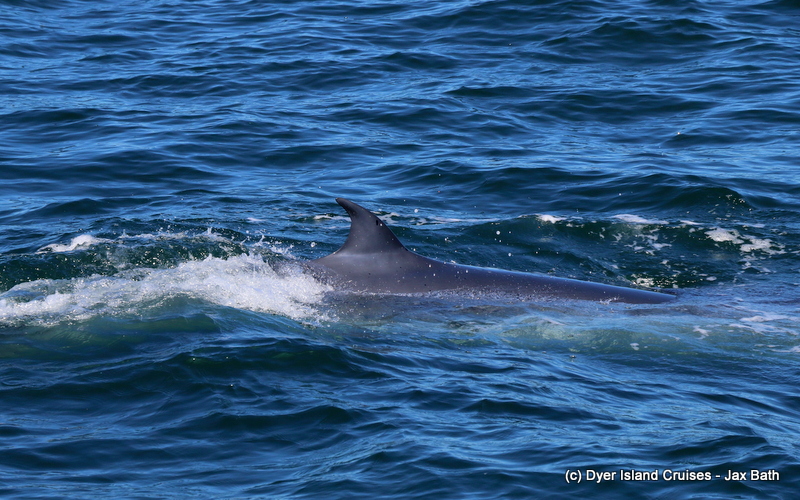 This little whale had a gorgeous skin tone. 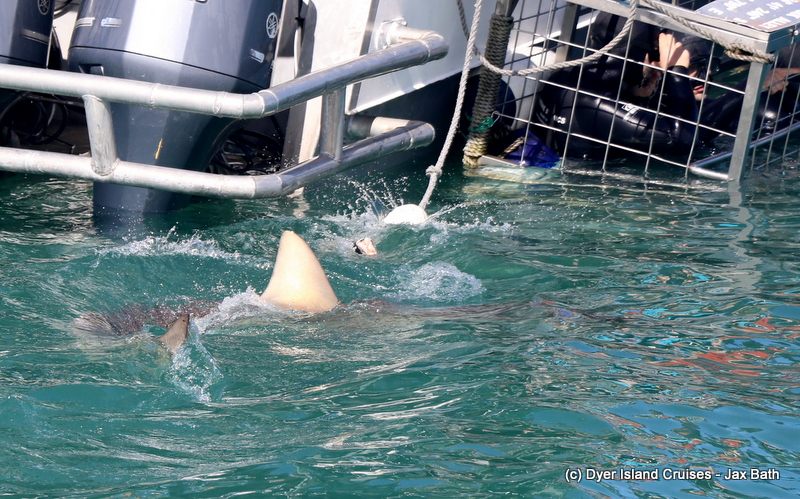 We had a couple of Copper Sharks around the boat today. 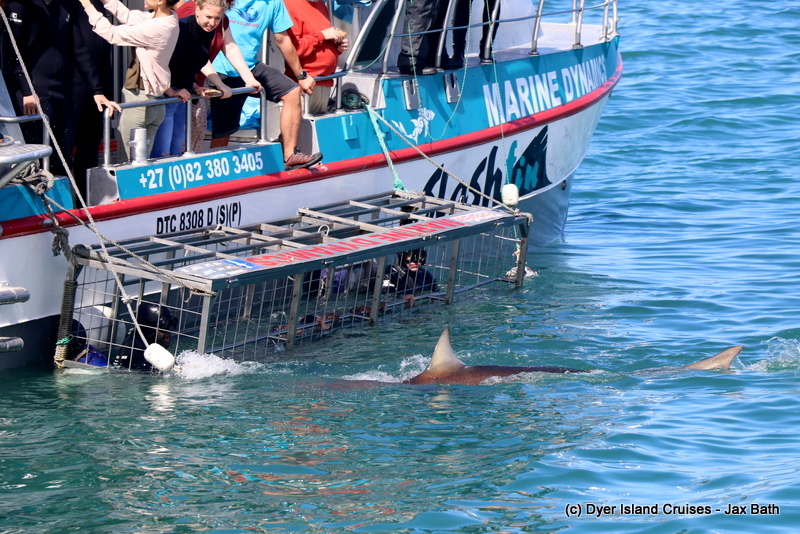 Here you can see how they get their name, with their golden skin colour. 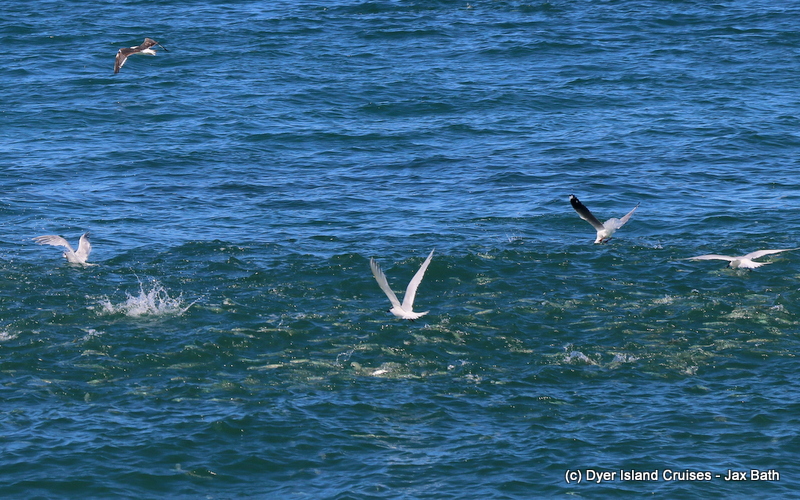 The baitball we encountered today, with the fish right at the surface. 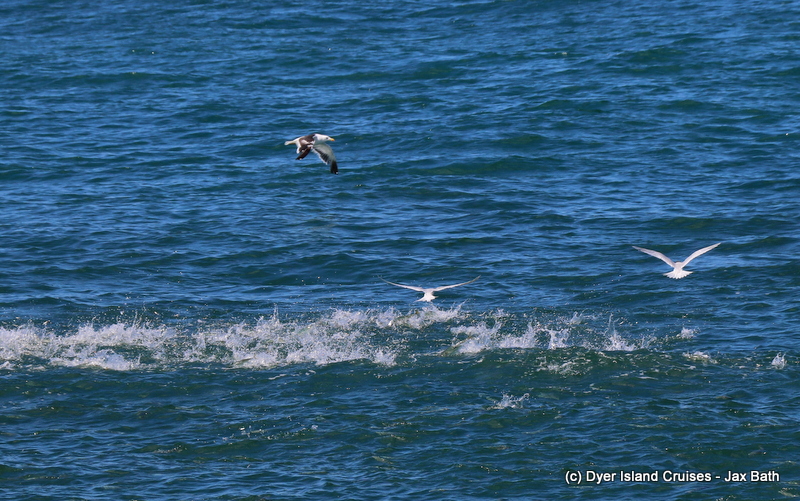 We got to see the birds feasting on the Mullets, and the Mullets going after the Anchovy. 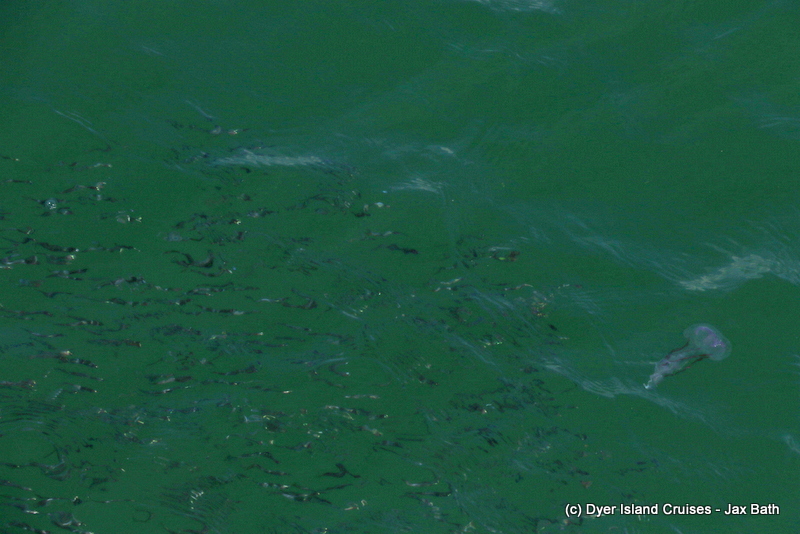 Anchovy and a Night Light Jellyfish. 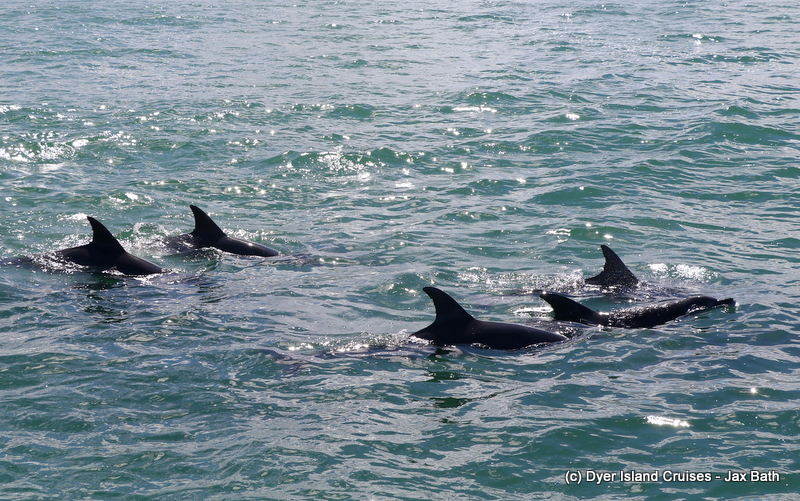 Nothing quite like dolphins to get the heart going. 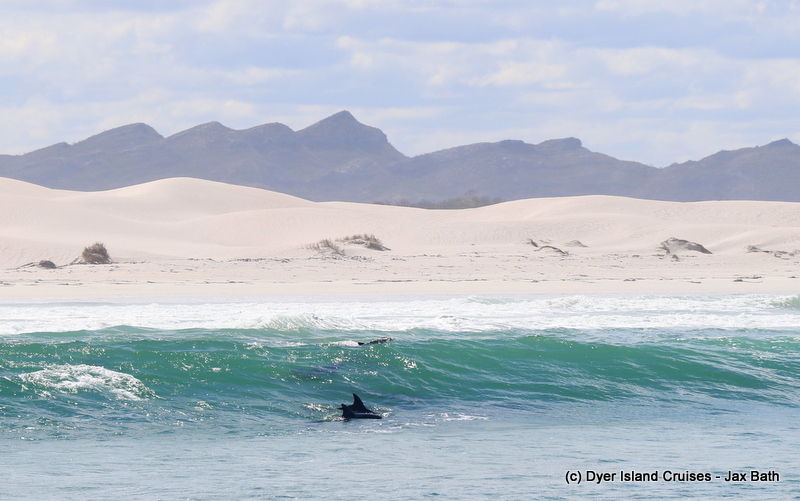 we travelled along the shoreline with this pod of Bottlenose Dolphins. 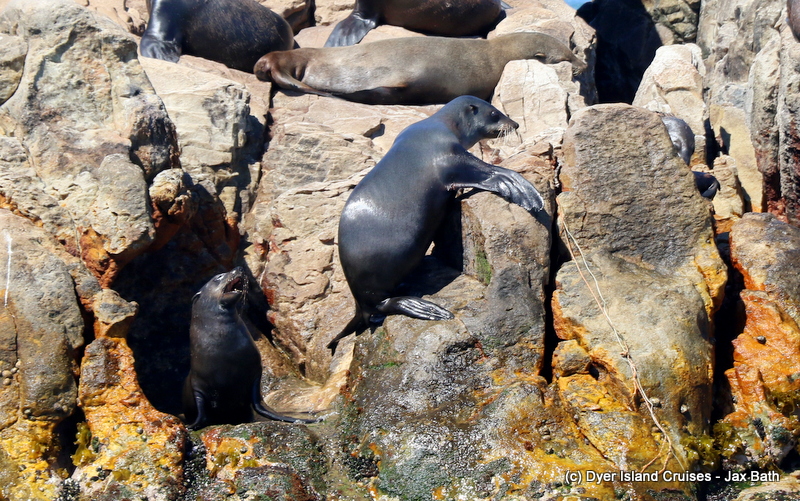 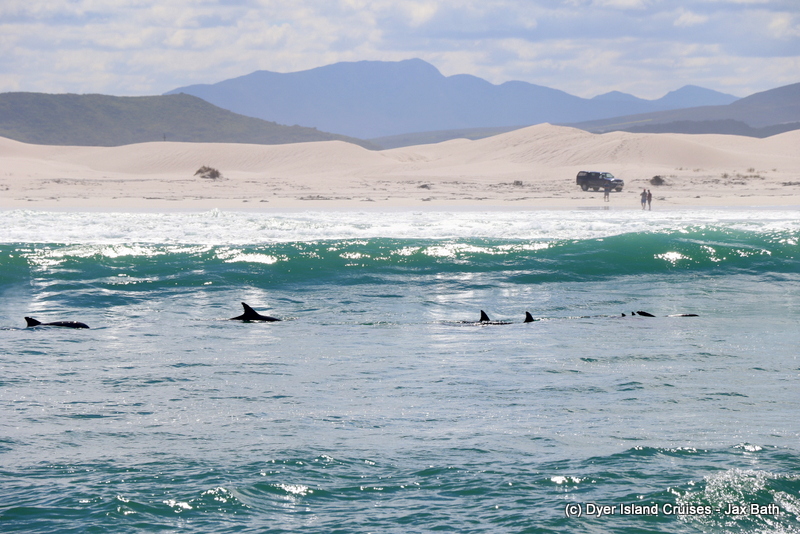 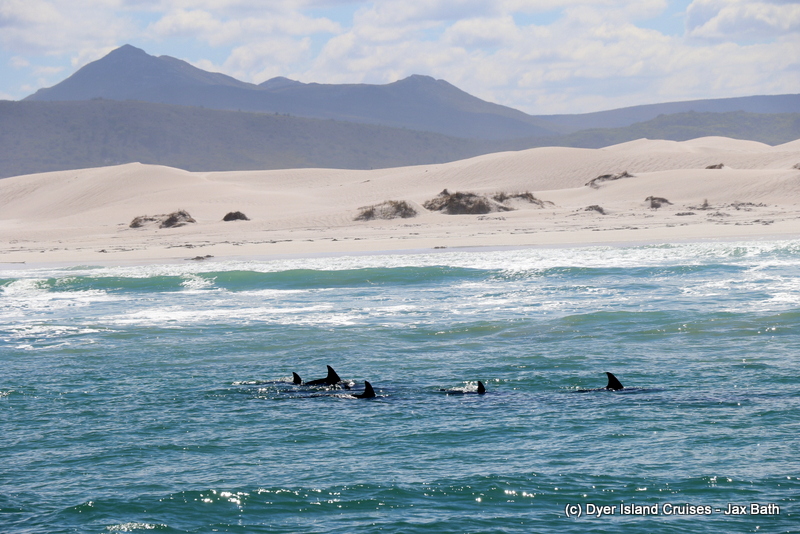 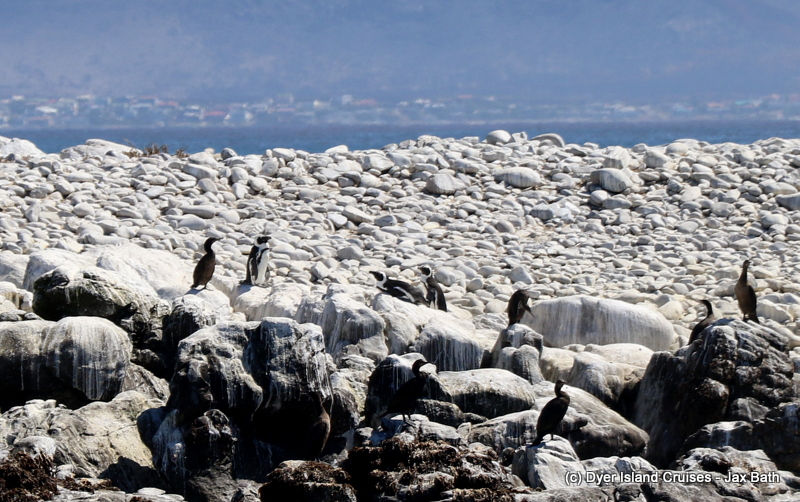 Having fun in the sun. 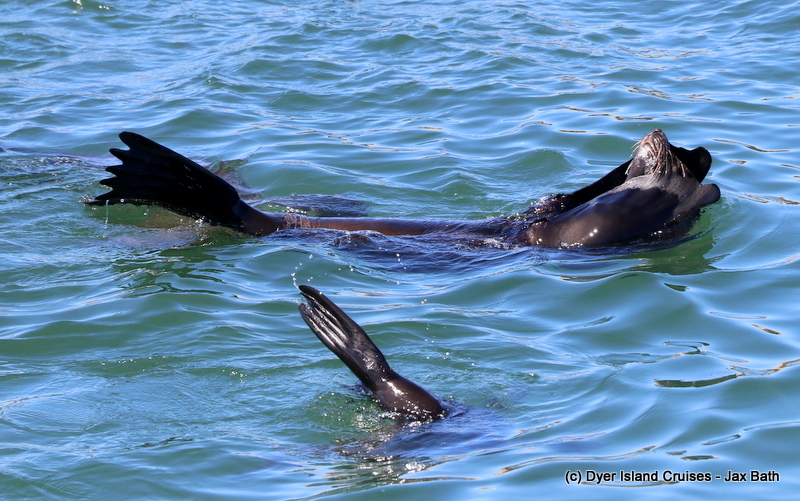 A seal scratching his face.