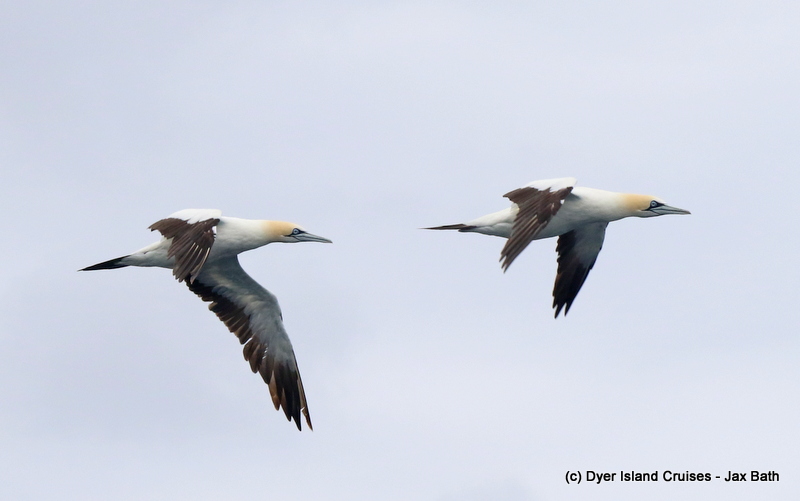 Today, we were in for a surprise , spotting a juvenile Humpback Whale behind Dyer Island, but lets got back to the beginning of our tour, which started off with a dash to the Shark Cage Diving boats. With some unexpected rain coming in today, we travelled through the drizzle and on towards Slashfin after leaving the harbor. When we arrived, the rain began to soften and we were able to spot a Copper Shark coming up to investigate the boat, we also had a Short Tailed Sting Ray about, with these animals coming up when the water is a little warmer. We’ve had some lovely warm water recently, with the temperature sitting at about 18 degrees Celsius.

After doing some shark spotting, Dyer Island was the next stop for us where we got our binoculars out to try to spot some African Penguins. We had a couple of penguins hanging out just above the waterline as well as a few doing a bit of waddling, so we stayed here for a while, watching the penguins and some of our Cape Cormorants who were returning to the island in flocks.

We then made our way out of Sponge Bay and on towards Geyser Rock where most of the seals seemed to be taking Monday off, snoozing on the island whilst the pups were in the water. Practice makes perfect, and for our pups, being a good swimmer is literally the difference between life and death.

It was decided after spending our time with the seals that we would loop behind Dyer Island, moving towards Danger Point. The Ocean was alive with birds with some beautiful Cape Gannets, Corey Shearwaters, Sooty Shearwaters and even some White Chinned Petrels appearing as we travelled along. Behind Dyer Island, Kira spotted a spout and after waiting for the animal to surface, we were amazed to have a Juvenile Humpback Whale pop up next to the boat. This may be a calf from the previous year, and it looks to have been invested by barnacles with many white marks alluding to these creatures having hitched a ride on it’s back. 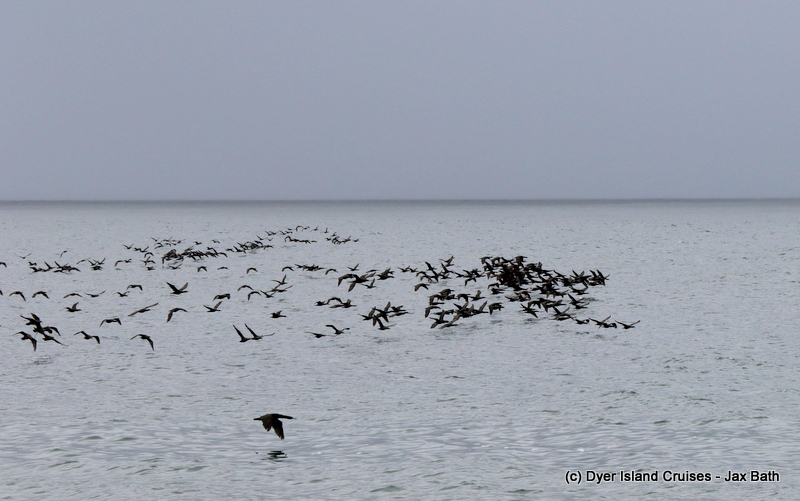 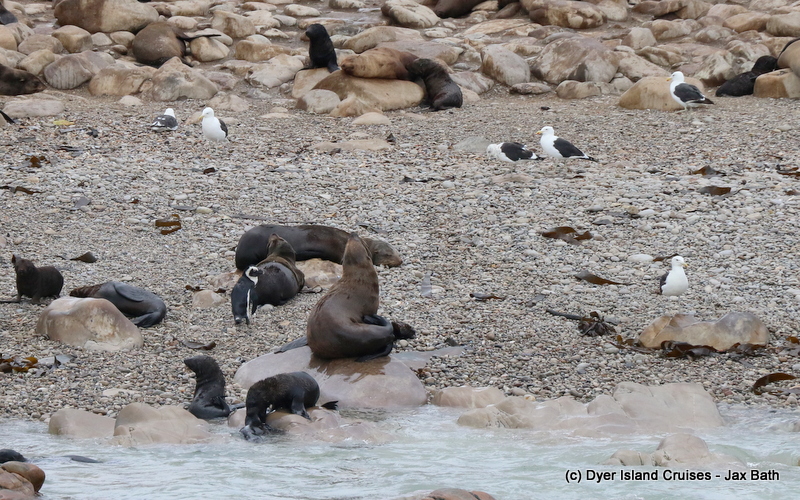 An African Penguin on Dyer Island. 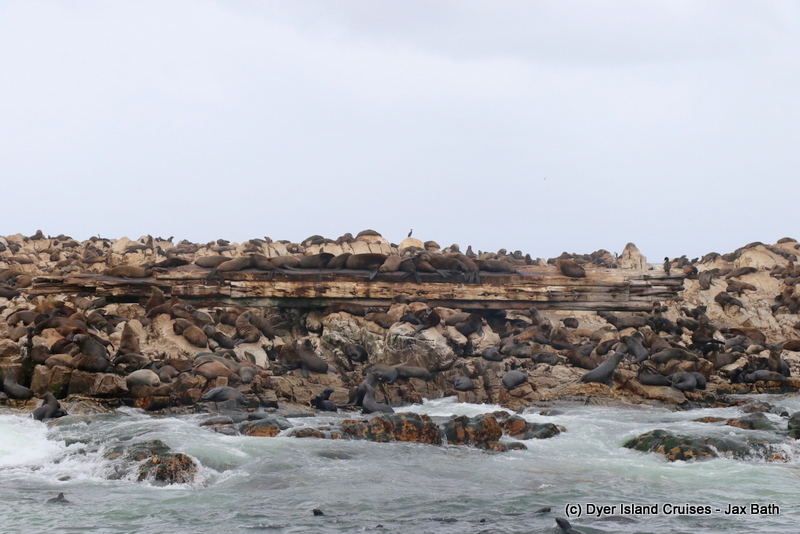 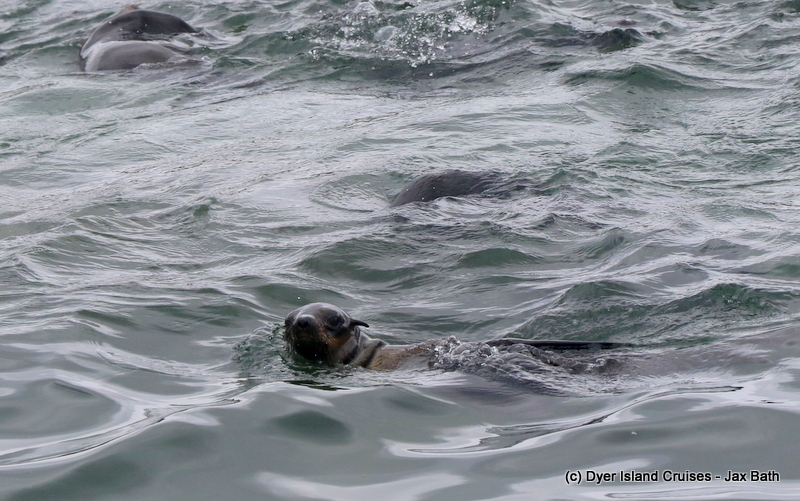 A yearling checking us out. 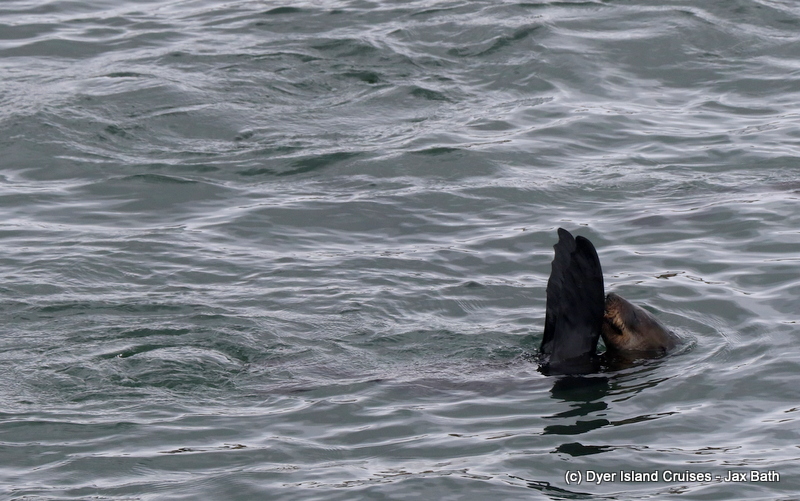 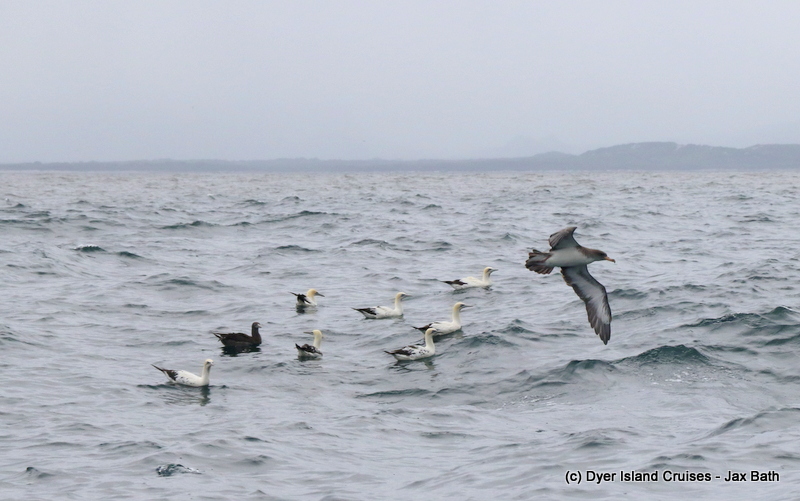 Cape Gannets and a Corey Shearwater. 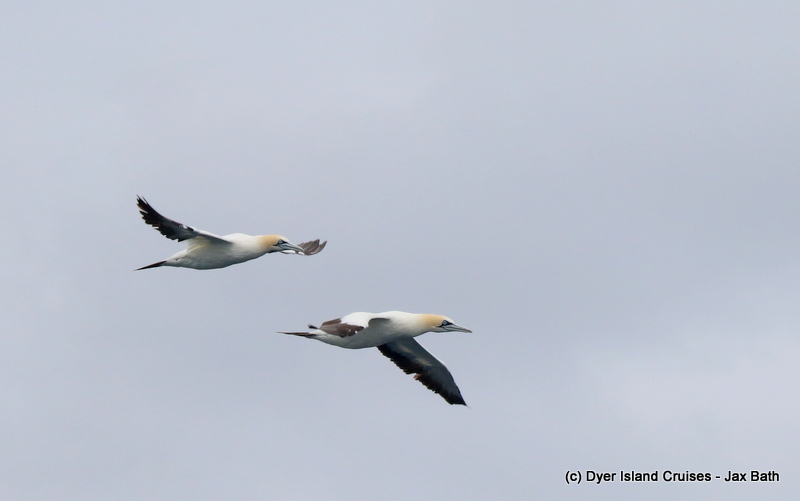 We’ve been lucky to be seeing many gannets recently. 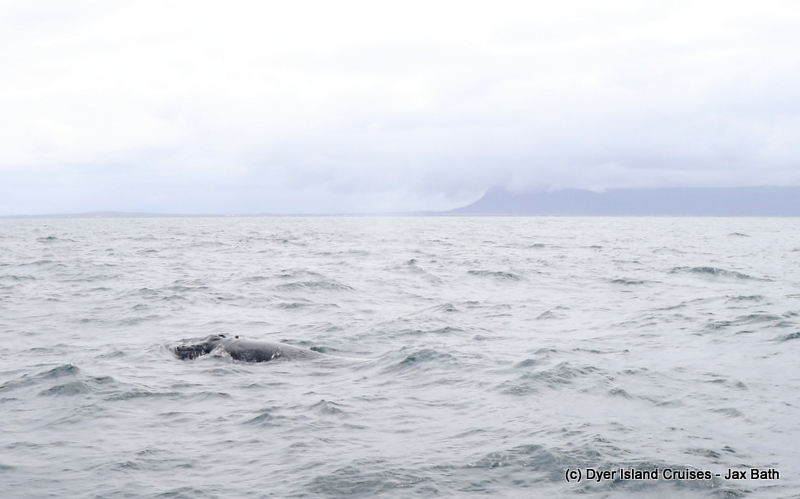 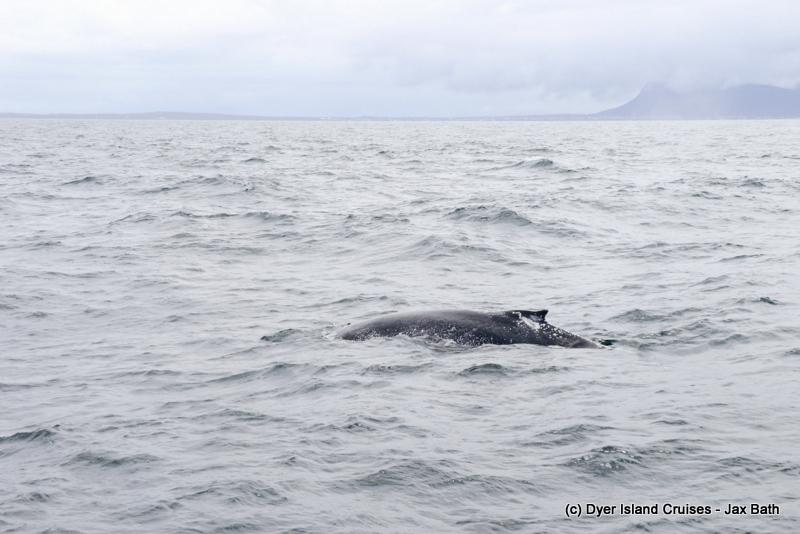 The White markings appeared to be from barnacles. 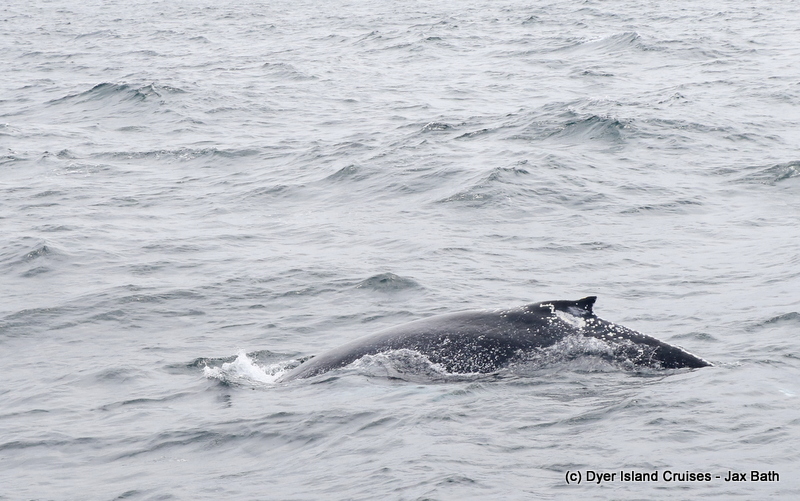 Here you can see quite clearly where the barnacles have fallen off. 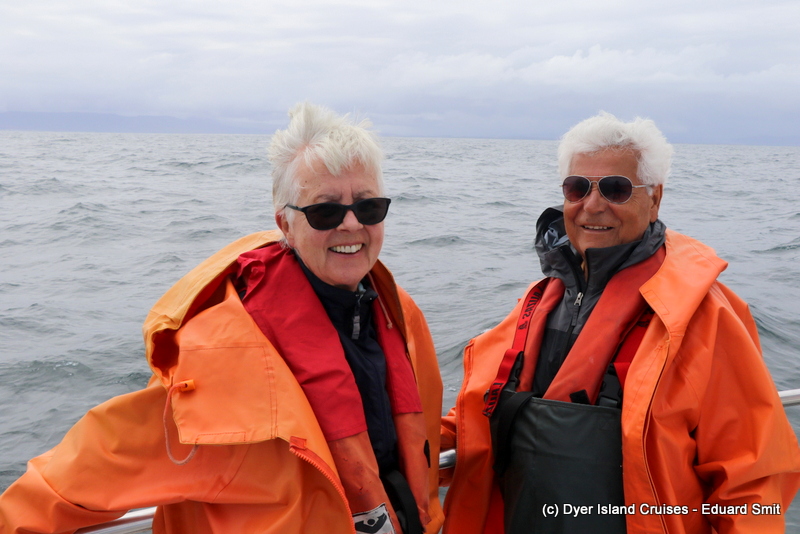 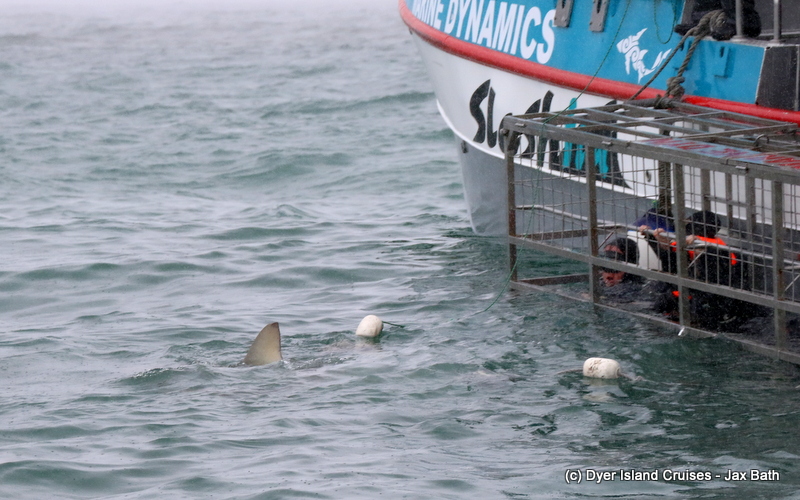 A Copper Shark at Slashfin. 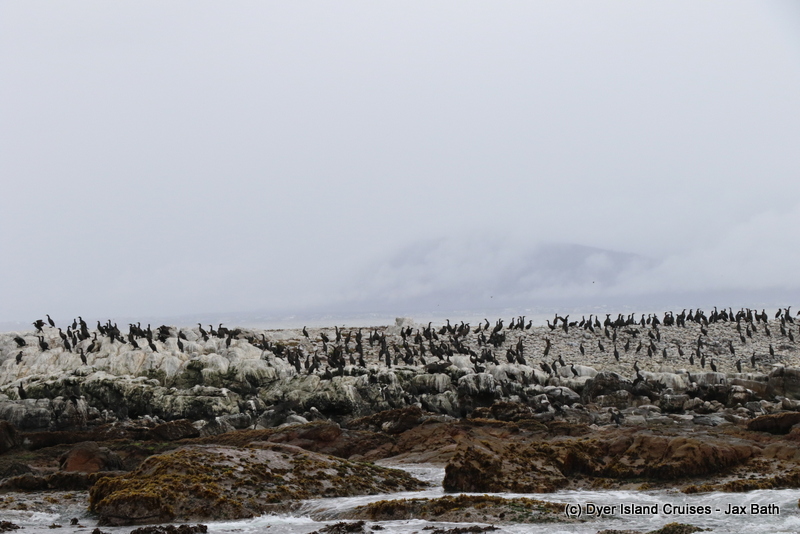 Cape Cormorants on a moody day. 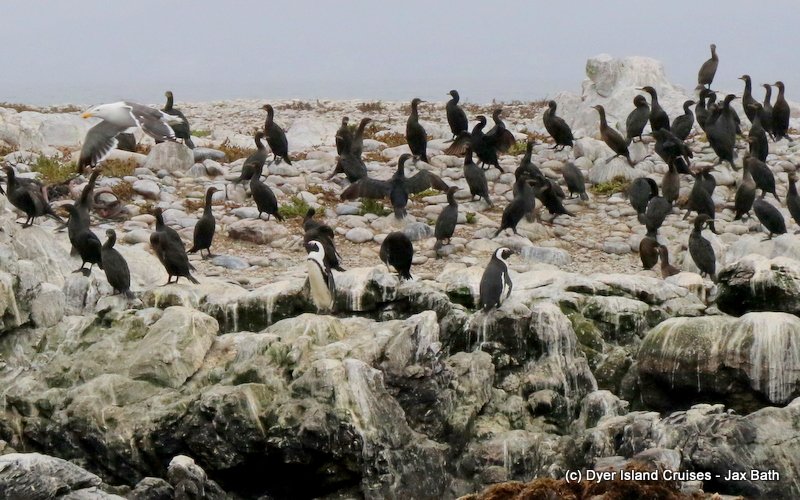 Some African Penguins on the island.