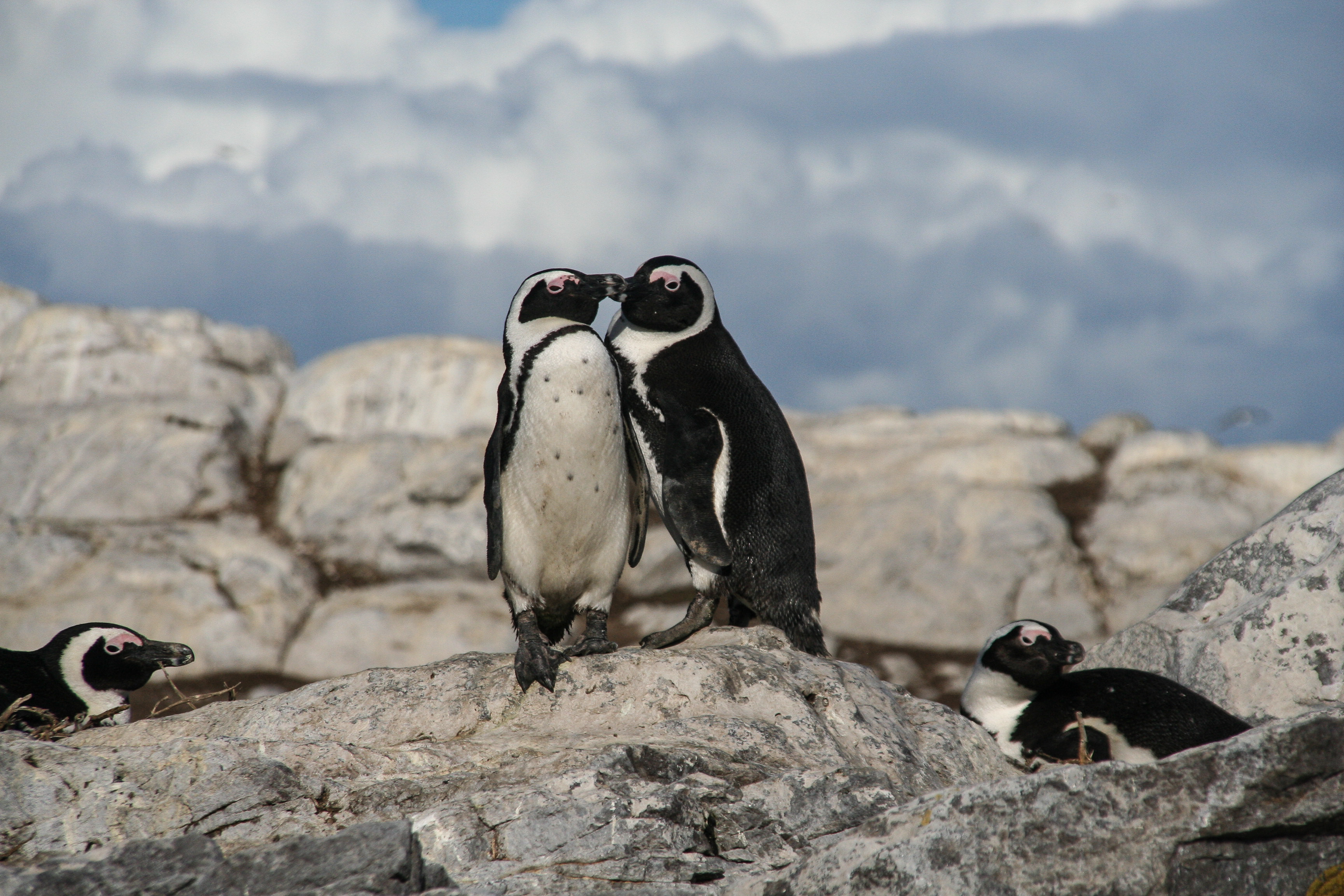 We’re starting a new thing here at DIC where we’re going to bring out a couple more blogs a month to talk about all of that stuff we never really get to in our trip updates, and what better way to start than on the loveliest holiday of the year; Valentine’s Day. Now we know that not everyone is the biggest fan of the 14th of February but, bear with us because we’re not exactly taking the traditional approach to this. You see, our Marine Big 5 are also not too set on limiting their loving to today alone, but we really think that love lives deserve a little mention.. Below, we’ve covered all 5 of our favourites and the most fascinating things about their courtship in the Cape Of Storms.

These gentle giants fly solo for most of the year but, between June and October, they head up from Sub Antarctica into our waters and this is where things really start to heat up. You see, the females of this species refuse to travel all this way to leave without falling pregnant, so, to increase their chances of that baby, they will mate with as many males as they possibly can. With mating groups of one female and up to 10 males, things really start to get a bit rowdy as the males attempt to out compete each other from within. How does this work? Male Southern Rights are said to have the largest members of any animal species in the world, with the guys hoping that by being a little bigger and producing as much sperm as possible, they get to be the baby daddy.  No sparing involved here, just a whole lot of love. We’ve got 3 different species that frequent our waters so we’re keeping this one a little general. Unsuprisingly, we actually have a couple of things in common with these toothed whales. Have you ever heard someone say that females of the human kind mature a little earlier than their male counterparts? Well, the same is believed for these animals, with the males reaching maturity around 2 to 3 years later! Apparently the deed itself doesn’t last too long, in fact, just a few seconds and females may also be with multiple partners in a season. A bonus fact is that the Orca, the largest Dolphin species that we are sometimes fortunate to see, is one of only a handful of animals which undergo menopause, just like us! One of the most fascinating of the lot, the Cape Fur Seals really have conception down to an art. The big males come in from the deep sea for only a couple of months, arriving at Geyser Rock and then establishing a Harem of up to 50 females. These frivolous Fur Seals will mate both on land and in the water, with the females being ready to mate again only days after giving birth to a tiny little pup. The most amazing thing of all, these females can delay fertilization! The egg does not implant until 4 months later so that their 8 month gestation may line up with the next breeding season. Turns out that these guys are not alone and that there are around 100 species that have the ability to follow a similar route! A feel good story for all the love birds out there, it is believed that these guys are monogamous and will try to mate for life. We’re just going to leave this one here for all the diehard romantics because it really doesn’t get better than this. Great Whites are the kings and queens of privacy, with these mysterious creatures being so against PDA that they’ve never actually been seen. We don’t even know where they go! What we do know is that there’s probably some biting involved and that the females wait quite a while before they’re ready. It is believed that females will only start to get frisky at a size of 4.5 -5m, which is scary considering the fact that that is the size of our shark cage! Great Whites also like to go it alone for the most part. Undertaking their own migrations and making it pretty tough for us to discover more about their loving, so most of what we know is based on observations from some of their fishy friends. We really hoped that you’ve enjoyed learning a little more about what goes on with our wildlife out of sight and under the water. We’ve got a couple more of these blogs coming up, so please be sure to follow us on all social media platforms and check out our daily trip updates for more facts.

From your team here at Dyer Island Cruises, Happy Valentine’s Day, we hope that it’s your best one yet.