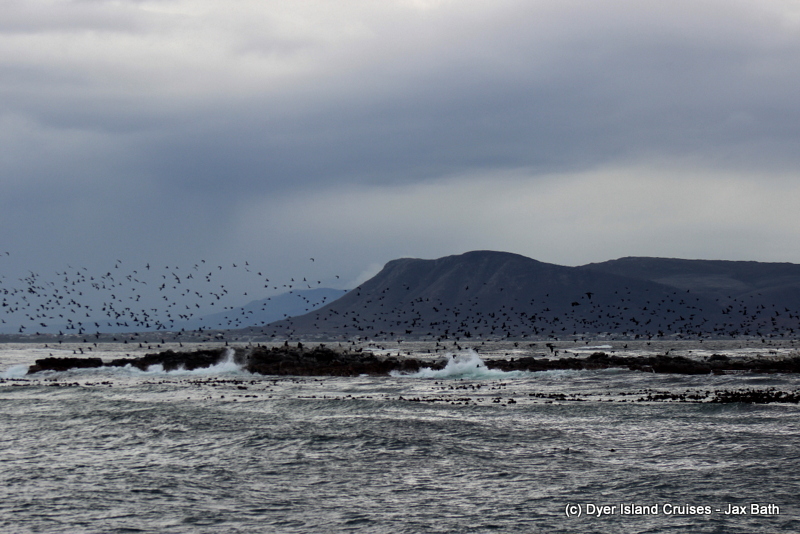 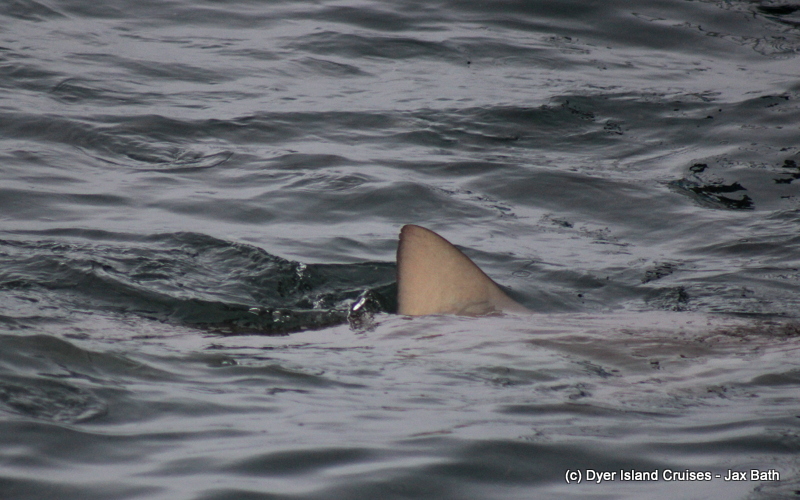 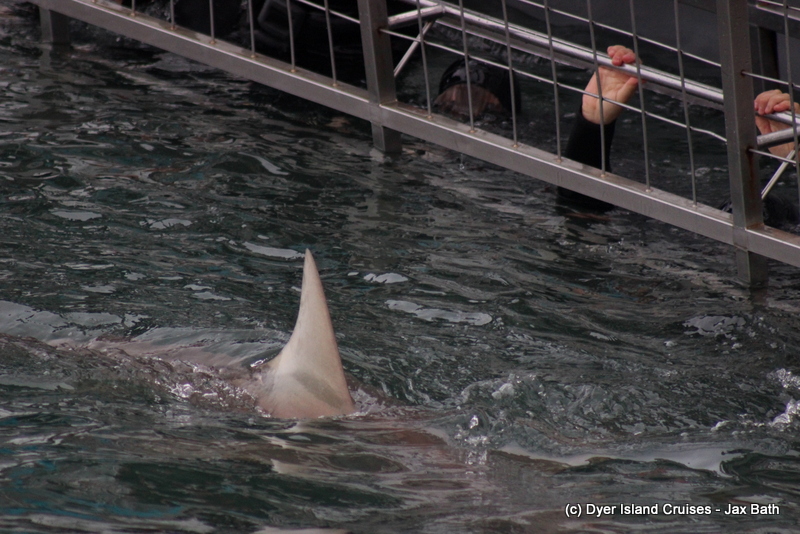 A Nice close pass from a Copper Shark. 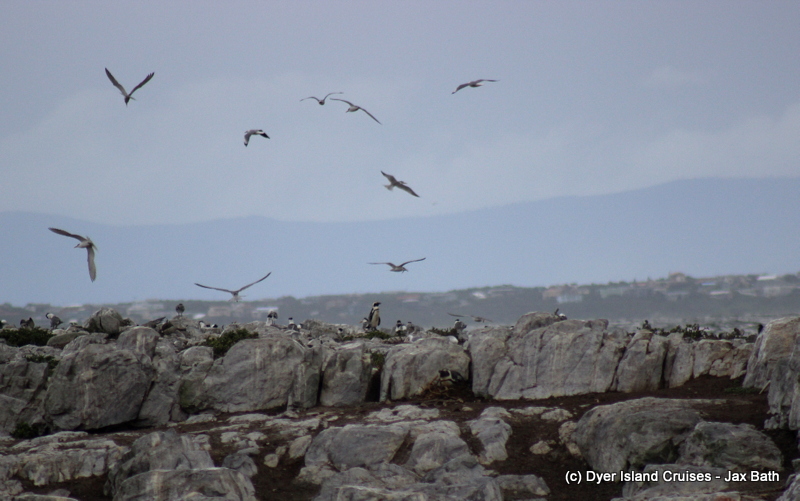 Some African Penguins on the Skyline. 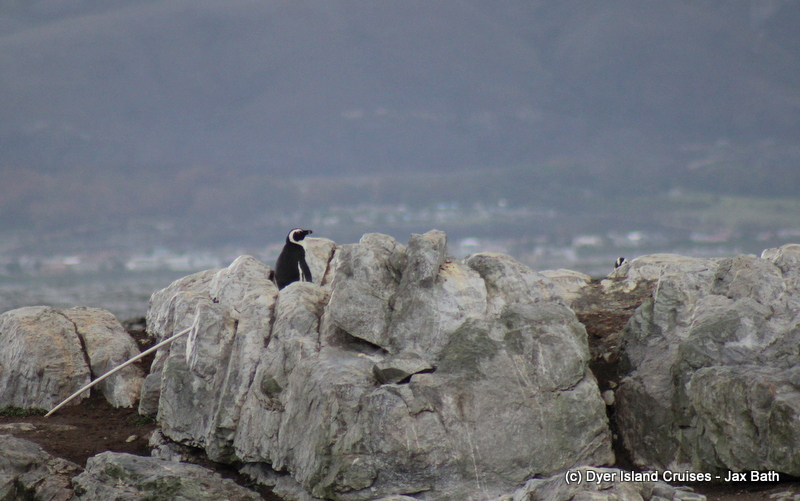 A penguin having some alone time. 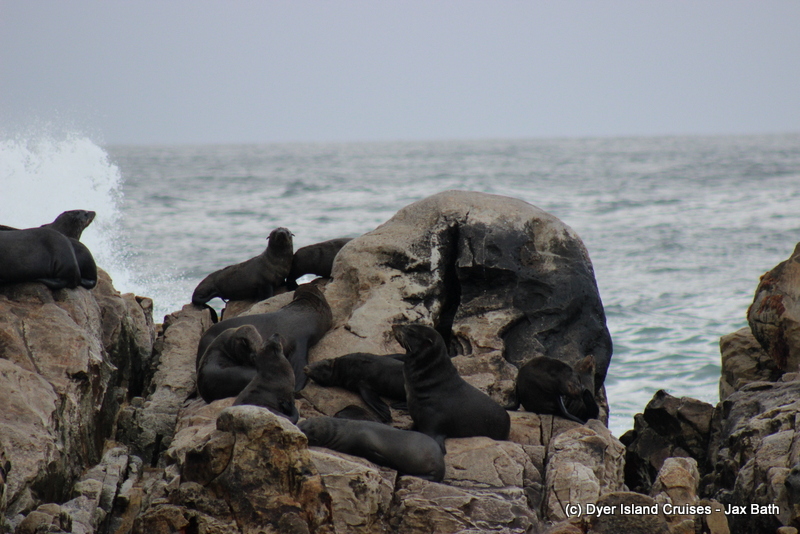 The seals of Hospital Rock. 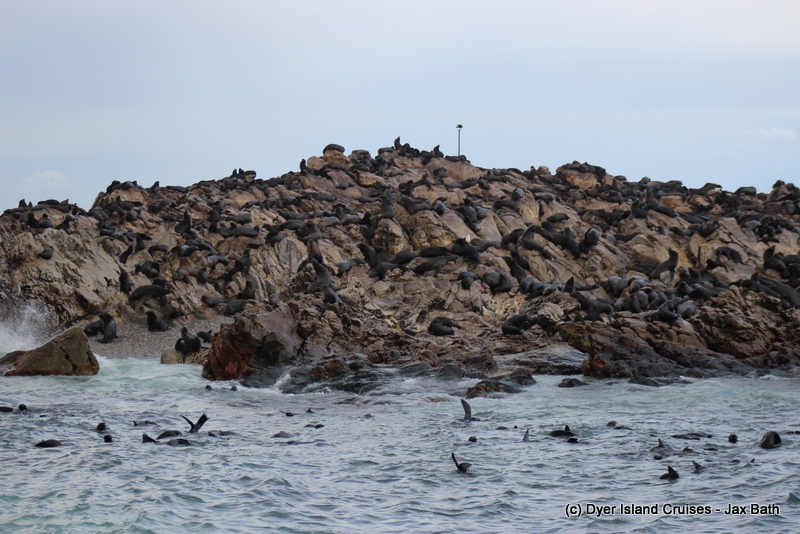 A look at Geyser Rock from the middle of Shark Alley. 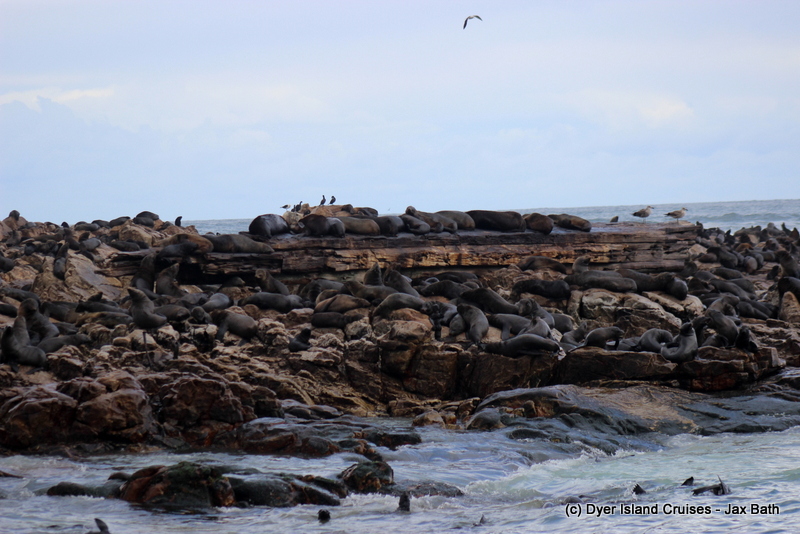 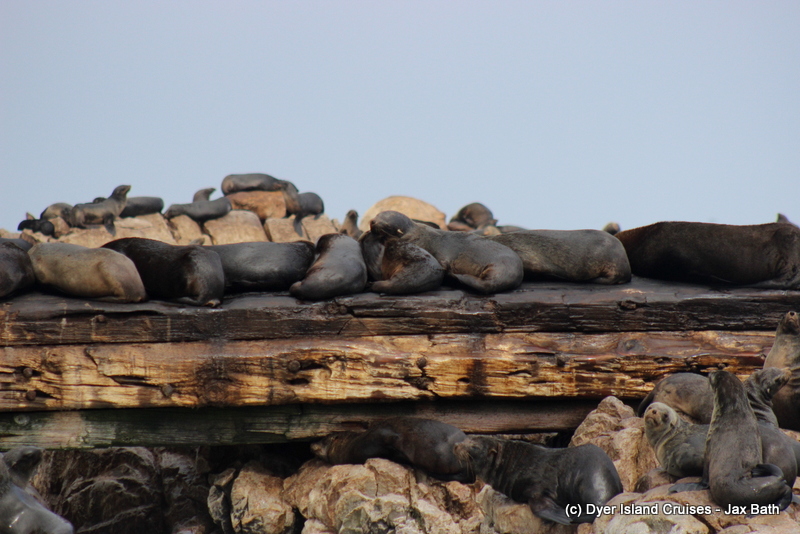 Seals having a sleep and a snuggle. 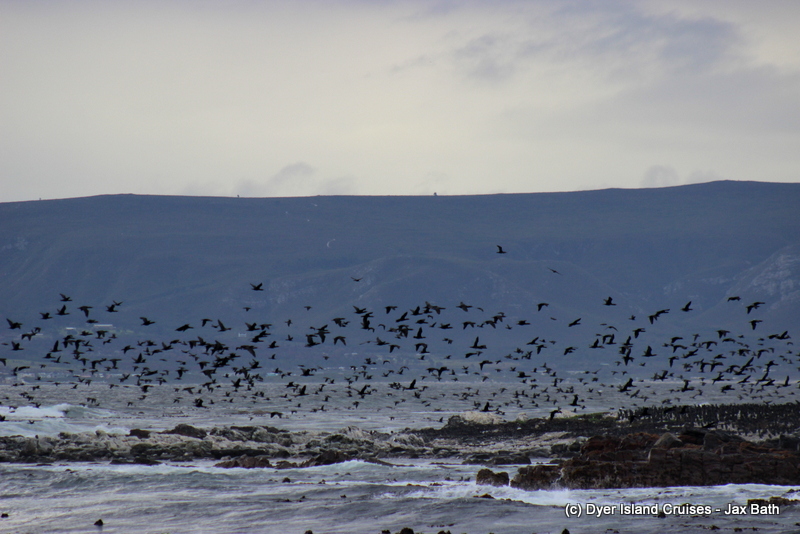 We have around 60% of this species living on Dyer Island. 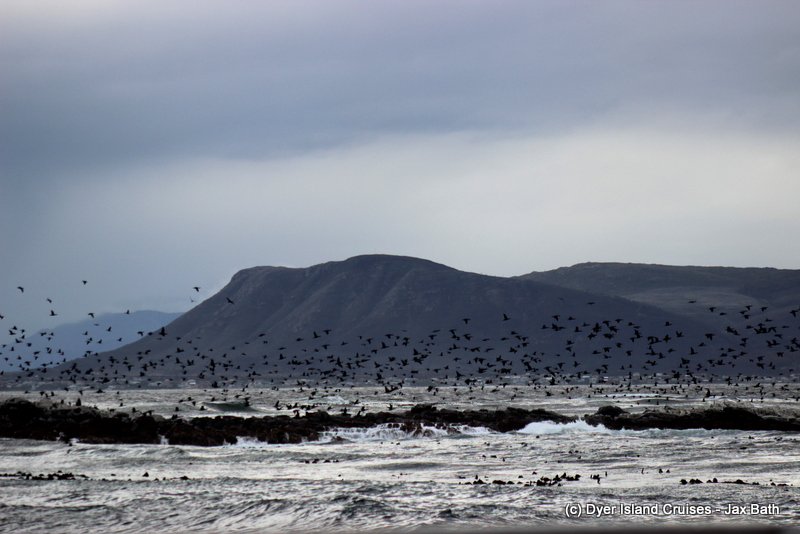 The Cape Cormorants moving to the other side of Dyer, with Gansbaai Mountain in the background. 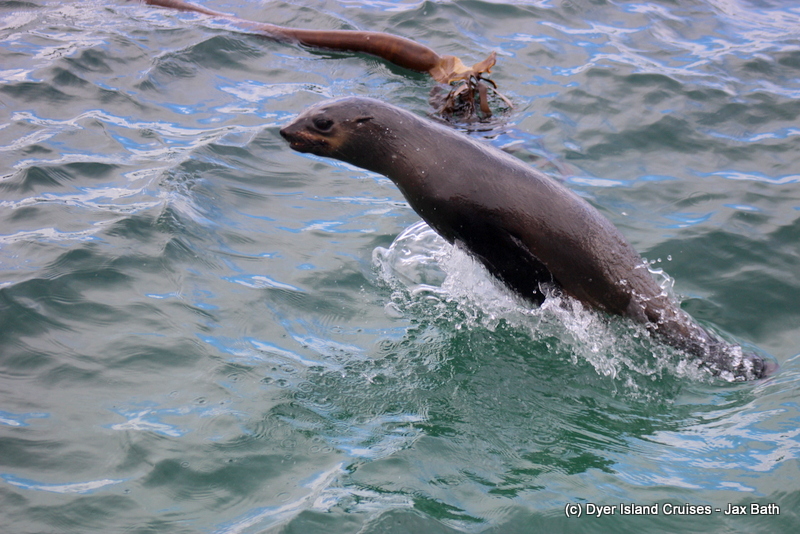