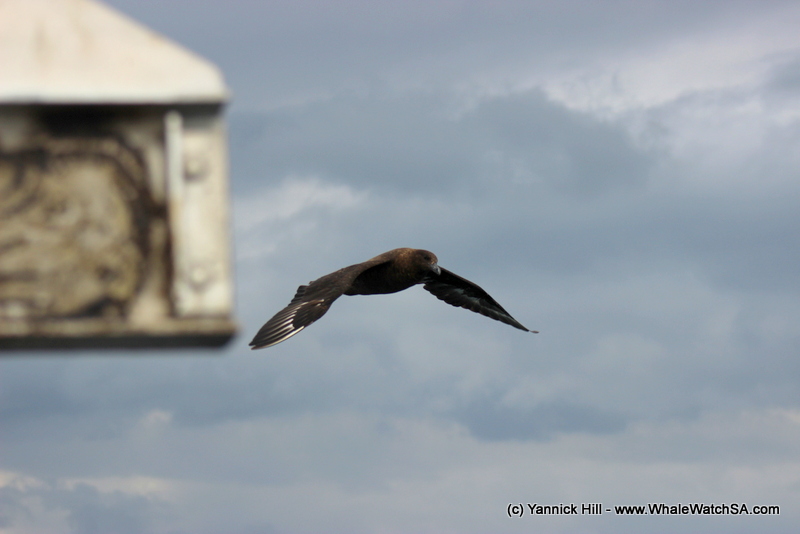 We embarked on two tours today, starting both in search of the gentlest of giants. The first tour launched at 10:00 and saw us heading straight towards Dyer Island in the hopes of spotting the spout of a whale. With a north westerly wind blowing, we set our course and made our way out the bay before we got lucky and spotted a V-shaped blow. We had found ourselves a lone Southern Right Whale who was slowly loving along.

We got to watch this Southern Right come up a few times, which allowed us the opportunity to see the broad, smooth back of this distinctive looking creature. Although this animal was taking slightly deeper dives, we did get to see the whale pop up close to the boat just as we were about to carry on with our tour, we spent a little more time with this animal, also spotting an Ocean Sunfish on one of the occasions where the whale had gone a little deeper.
There seem to be a few of these fascinating fish around at the moment, and they really are a sight to behold. The sunfish can weight up to a ton and are quite famous for laying on their sides at the surface of the ocean, which is great as this allows for us to get some cool views of them as they hang around the boat. Following our time with the whale, we head on over to the waters of shark alley where thousands of seals lay in store for us.

The second tour of the day began off of Danger Point, which is where we headed in search of a passing whale or two. By this time, the wind had picked up a bit, causing the water to do the same but also a spectacular sighting. On day’s where one has slightly more wind, one is sometimes privileged to view one of the worlds most gorgeous creatures, the Albatross. Soaring in and giving us a front row seat for the show, we had several Shy Albatross move effortlessly past Dream Catcher. These animals have perfected the art of gliding, putting even the agile Sooty Shearwater to shame. We also had a few Sooty’s around, though we didn’t watch them for too long for, round about the time of their emergence, we also had two Humpback Whales surface.

These animals moved peacefully through the swell and white horses, coming quite close to the boat and affording us a few fine viewing moments before showing off their iconic tails and taking a deeper dive. We also caught up with a Southern Right Whale a little later on who also gave us some tail action as it moved off. On this trip, we also got to see a Sun Fish and spend some time with our Cape Fur Seal colony before heading to Slashfin. Here, spotted a brave little seal hanging around the boats before heading in. 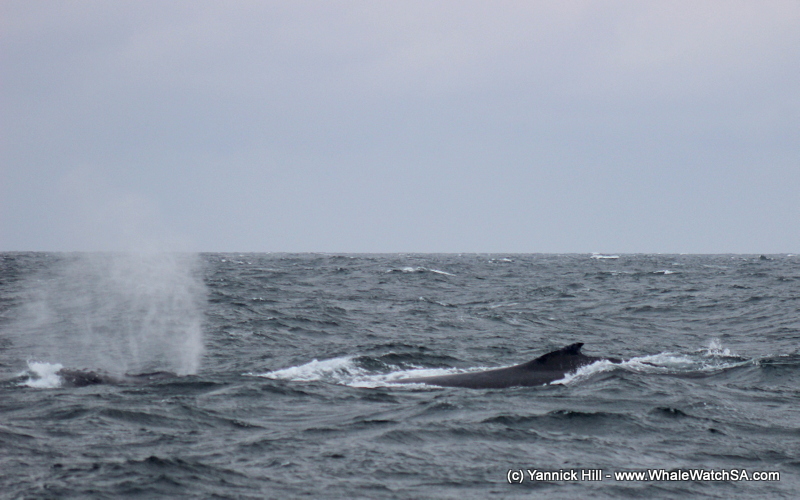 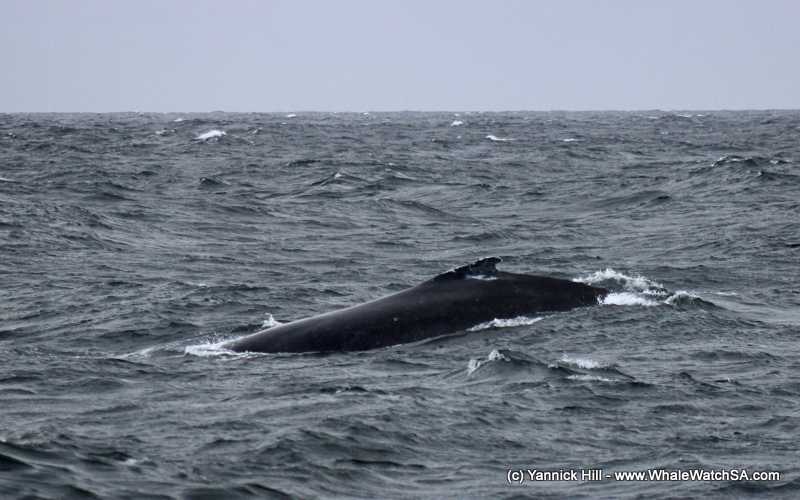 This whale had some interesting white patches on his dorsal fin, which made him easy to recognize as he surfaced. 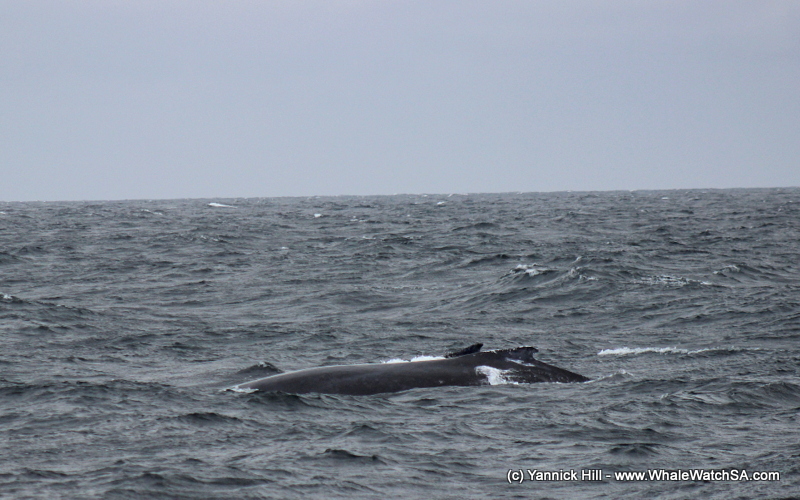 These animals were very relaxed and we were able to get some close views of them cruising by. 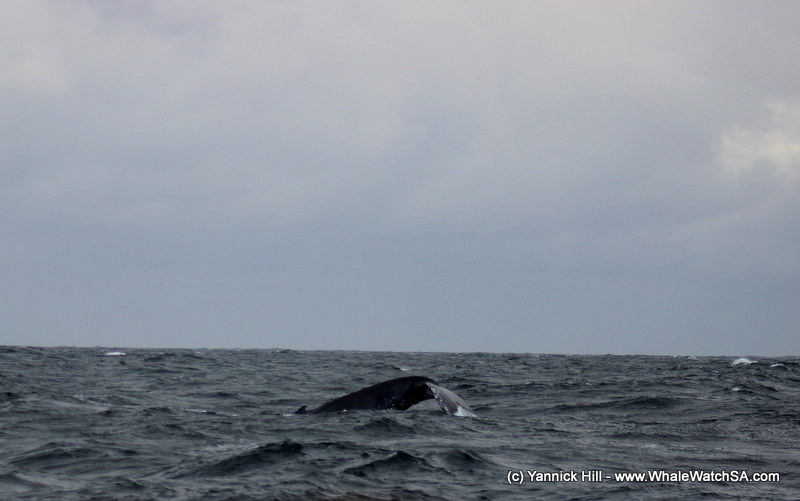 One of the whales lifting his tail and taking a deeper dive.

A cheeky Sub Antarctic Skua paying us a visit. 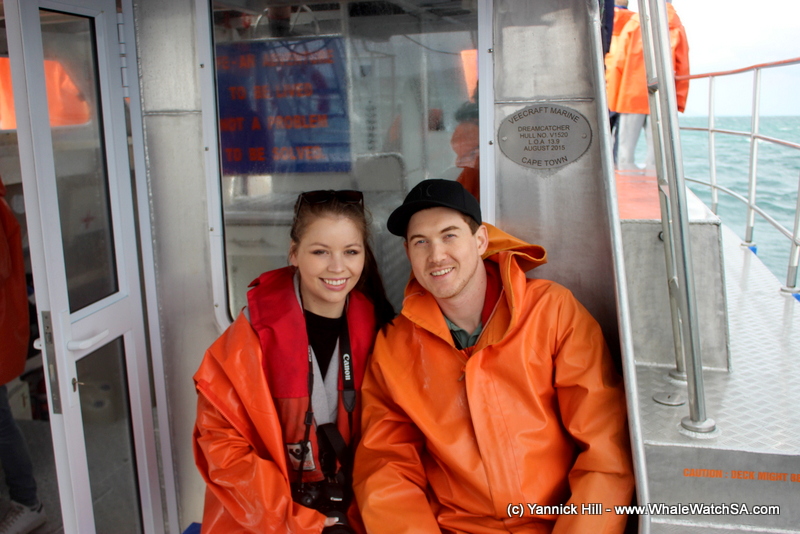 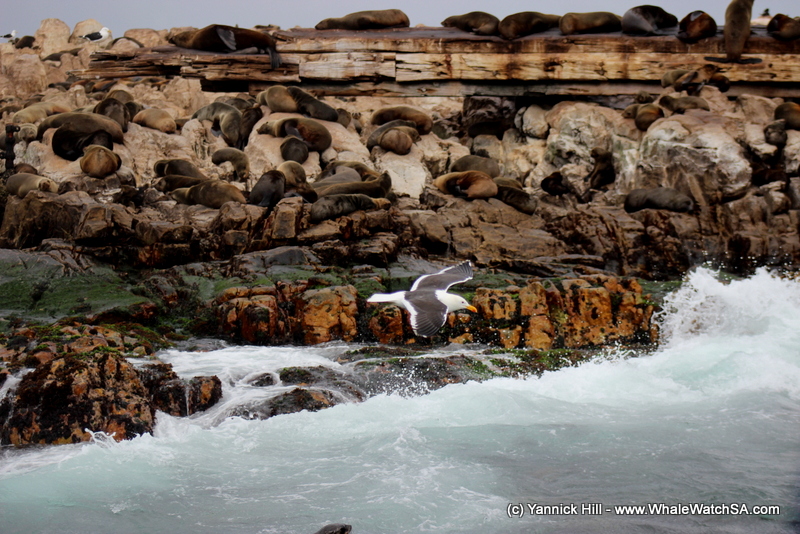 A Kelp Gull flying past Geyser Rock. These opportunistic birds can often be found sitting amongst the seals. 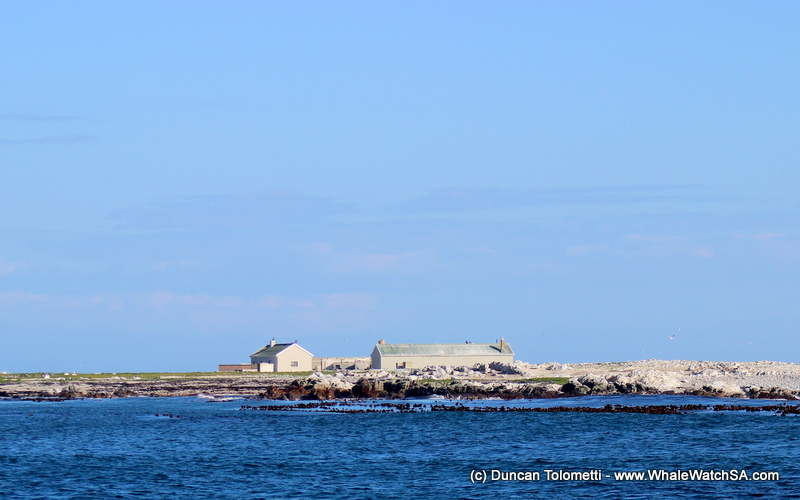 The picturesque houses of Dyer Island. 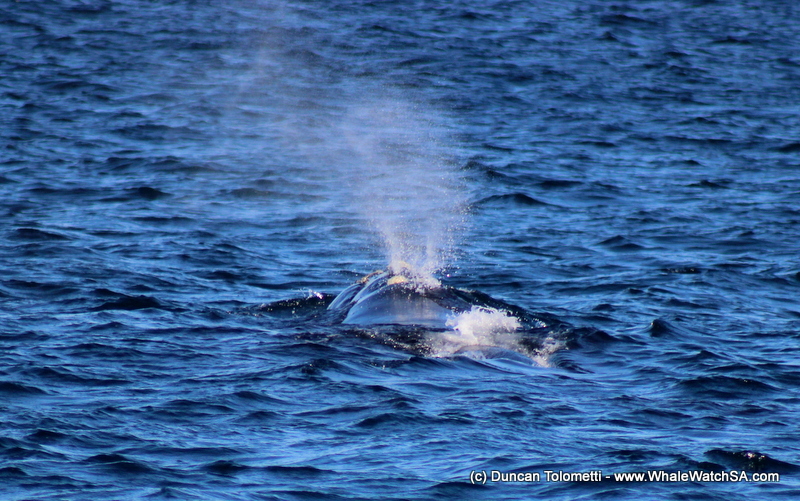 A Southern Right Whale coming up for a breather. 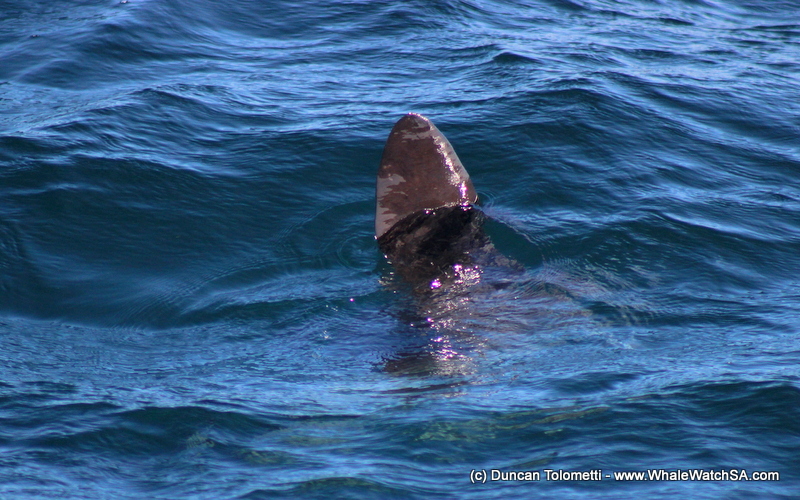 A Sunfish exposing his dorsal fin. 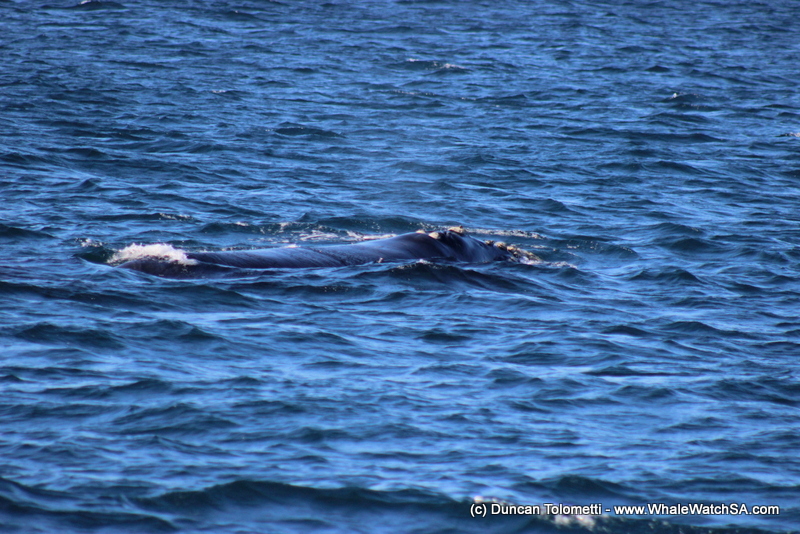 A Southern Right Whale moving at the surface. 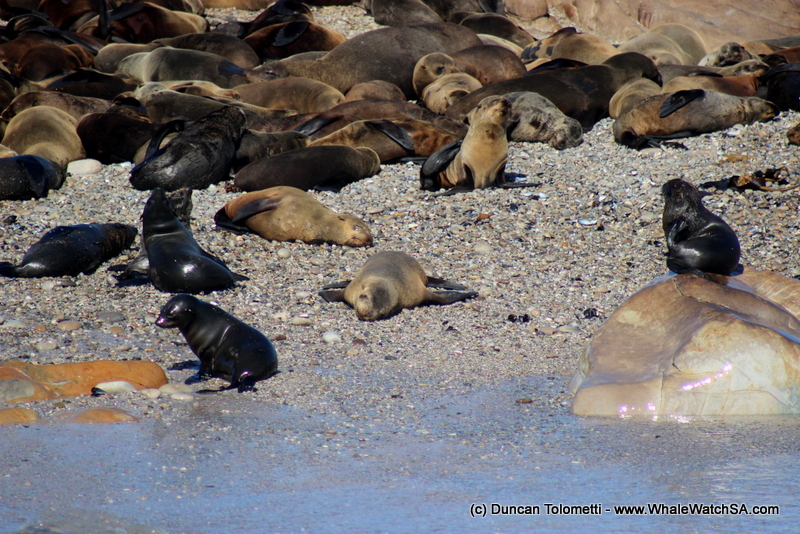 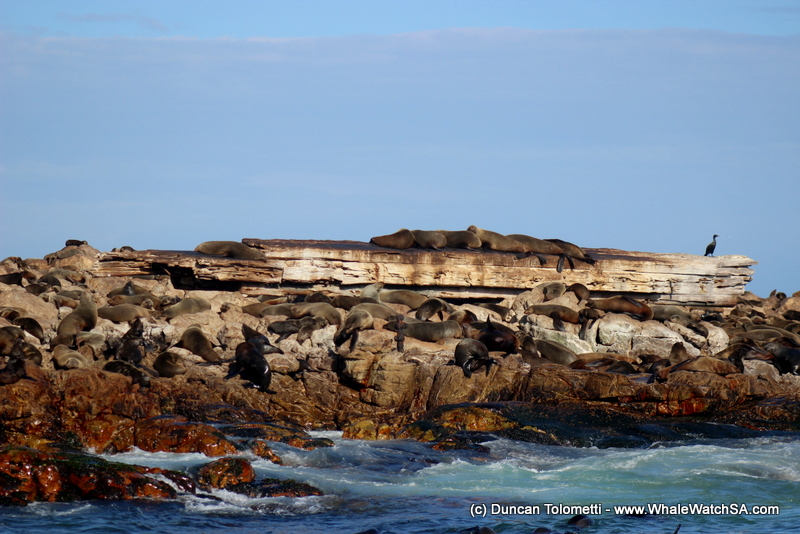 The Prince Port with an endangered Bank Cormorant sitting on the far right. 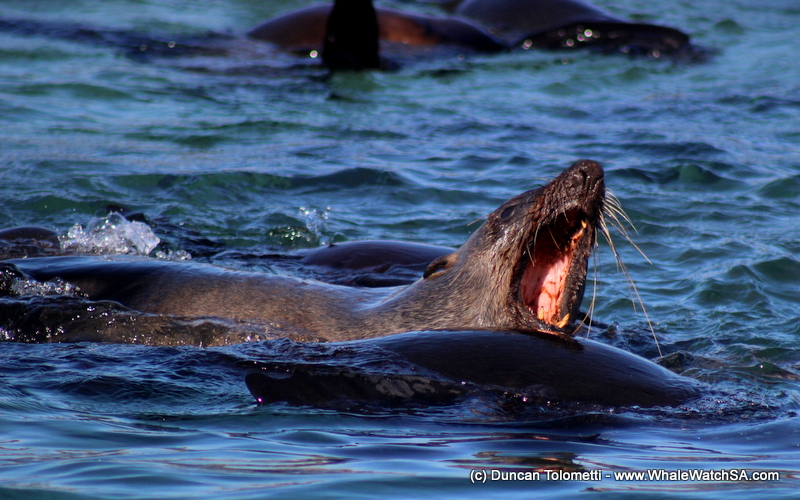 A Cape Fur Seal giving off a mighty yawn.

So knowledgeable and informative. Thank you! :)

Great eco friendly tour. loved to get a view of the whales. We loved it!