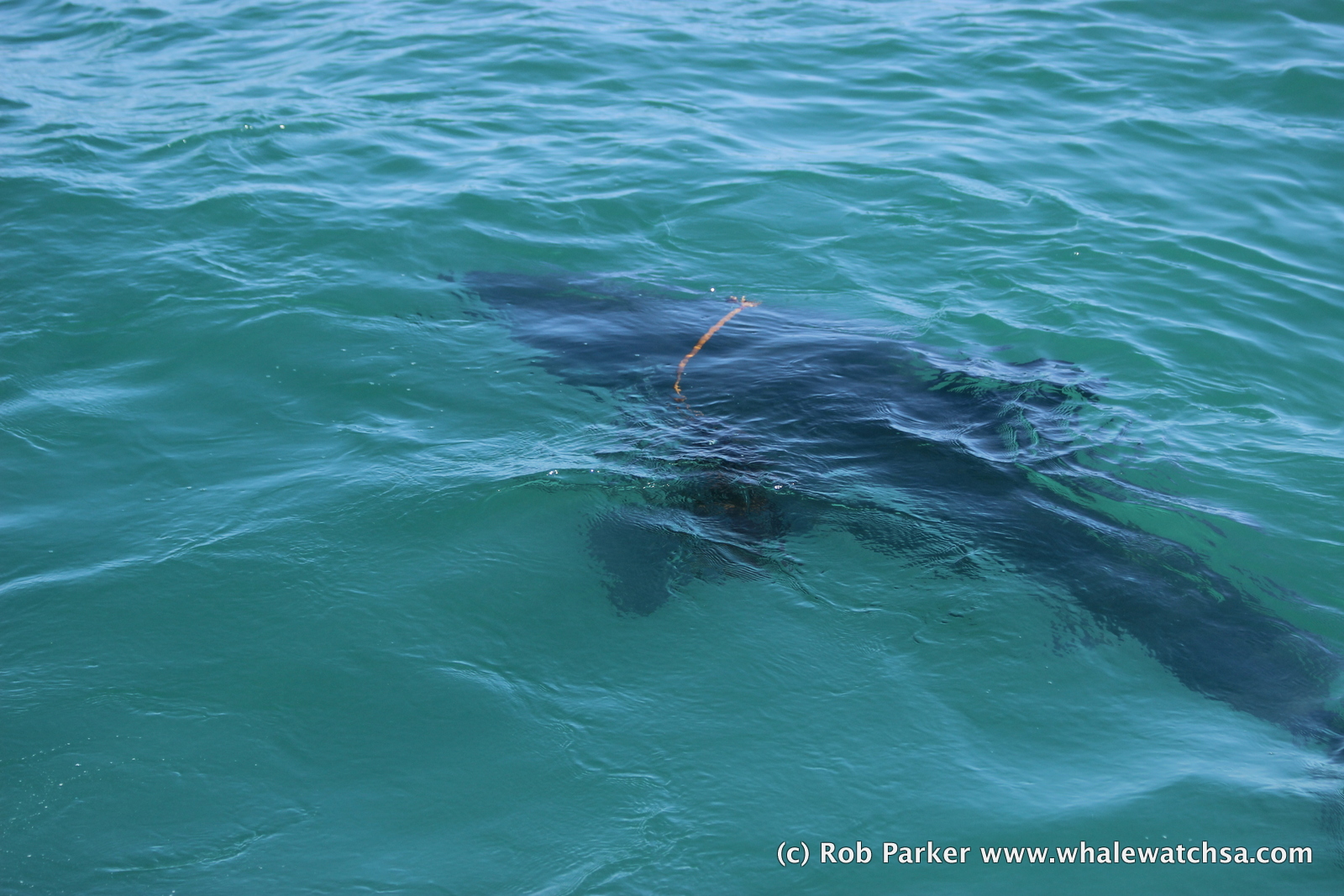 What better way to spend a sunny Saturday morning than taking part in an Eco-tour out of Klein bay? Leisurely pulling out of the harbour our vessel Dream Catcher is pushed in to gear as we hug the coastline in search of the Marine Big 5. Around ten minutes into the journey a frisson of excitement bubbles across the boat, a pod of dolphins has been spotted porpoising through the swell and we are in hot pursuit, the skipper keeps the pod to the right hand of the boat and we match their pace as we make our way across the shallows spotting the pod of at least fifteen bottlenose dolphins, including two calves that can’t be any bigger than a metre each.

Humpback dolphins are South Africa’s most endangered species of dolphin and we spot them in the surf along the coastline, these incredibly shy dolphins are in a small pod of five and we watch them for some time before the skipper informs us it’s time to head on as we don’t want to scare them. As we watch the humpback dolphins swim into the distance we continue our journey towards our sister company Marine Dynamics, who are running a shark cage diving operation. Our engines are incredibly intriguing to these Great White Sharks, so we can’t stick around for long, but in the time we are there we see a four metre shark lunging at the bait line and then study its silhouette as it rounds Dream Catcher before heading back towards the bait and decoys set by shark cage operation.

One of the highlights of the eco-tour is the opportunity to see the endangered African Penguin colony, which inhabits Dyer Island, we are lucky enough to see a penguin swimming freely in the water and diving to catch fish. These little penguins have survived guano and egg harvesting in the past and we are able to see the shelters provided from contributions to the African Penguin and Seabird Society, it really is conservation in action.

Making our way around Dyer Island towards the famous Shark Alley, we spot our resident colony of fur seals playing and diving in the remarkably clear water. So named because of the migration of hungry sharks hoping to satiate their appetites there are approximately 60,000 seals inhabiting this colony. The seals are either pups or females and we can really see the differences in size between the pups and the female adults, who weigh approximately 70kg.

Following some white breasted cormorants we make our journey back into the harbour, four out of the Marine Big 5 have been spotted and as we lope into the harbour with the sun on our faces and wind in our hair a collective feeling of satisfaction sweeps the boat.