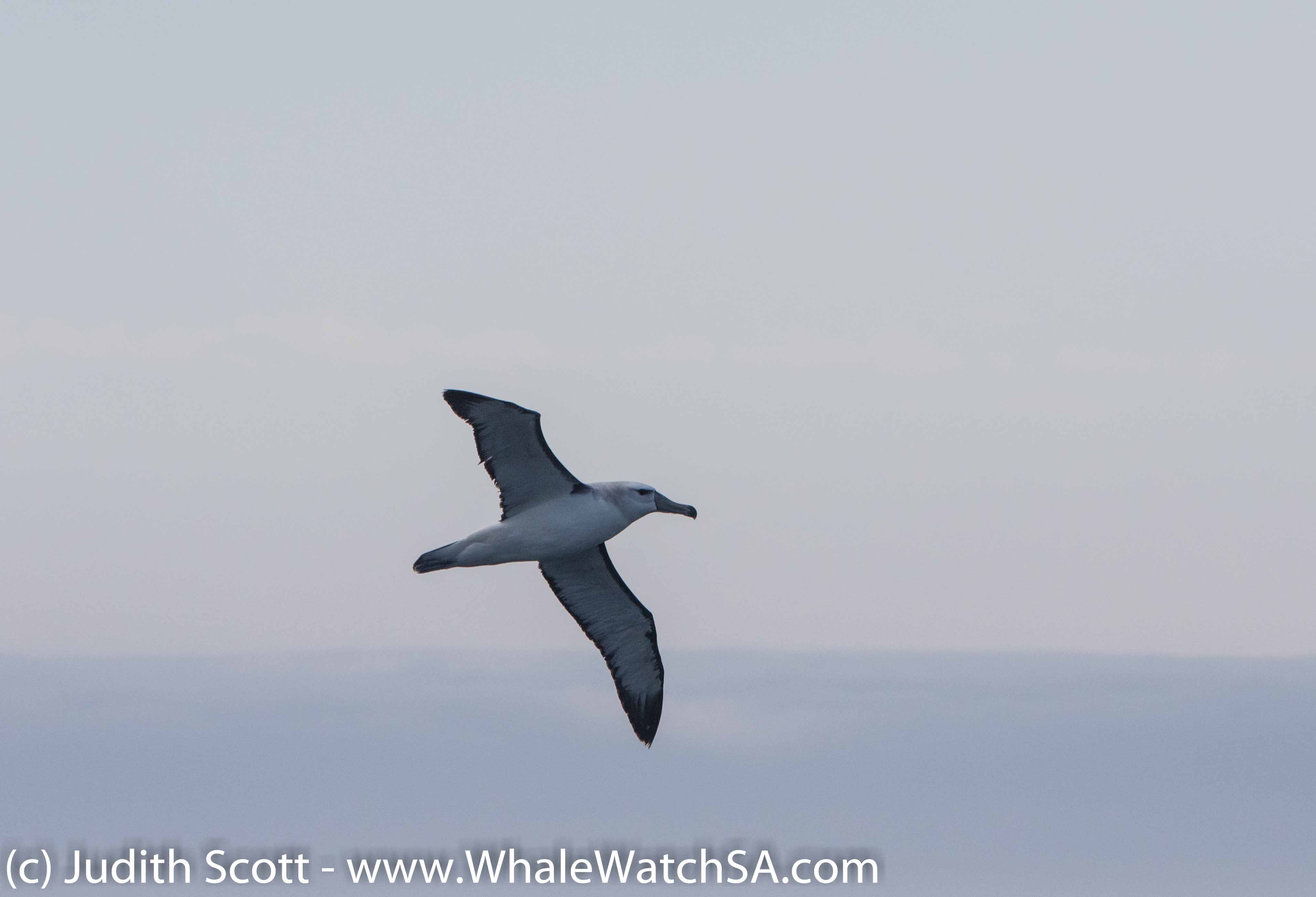 With a westerly wind pulling through in the afternoon, we decided to do two early morning trips before it got too gusty out there.

The first tour of the day launched onto a spectacular flat sea in Walker Bay. Our harbour is a little narrow so spring tide in full swing, we head out of Gansbaai and made our way around Danger Point to find some cetaceans. After cruising for a bit, we came across 4 Southern Right Whales who were having a bit of fun in the sun. We had two moms and two calves that seemed to have joined together for a play date, with the calves going crazy as they fooled around with one another. We had some beautiful spy hopping from the little ones, who were absolutely loving life and the adults were quite active too. After watching them roll around for a few minutes, giving us bits of Tail fluke and flipper, we got a stunning surprise when the whales went a little deeper, exposing their gorgeous tails!

As if this was not enough, a little whale later on, we found another species of whale out there in the deep blue. A Humpback Whale mom and her calf appeared half way to Dyer Island, and came up for us beautifully a few times. These guys are slowly making their way down south, back to the feeding grounds. Right at the end of this sighting, we also got to see probably the most famous “whale tail” in the world when these two arched their backs and took a dive.

We stopped at Dyer Island next where we had hundreds of seals rushing for the water, making for a truly awesome sight. In one particular area, the seals almost appeared to be on a water slide as they caught a wave out into shark alley.  We found some more Humpback Whales after this as we head back to the harbour. Concluding our trip with a glimpse of a Southern Right Whale. On this tour, we also got to see quite a few Shy Albatross, White Chinned Petrel and some Cape gannets.

The wind picked up a bit for the second trip of the day which made for an exciting ride. Although they got a little wet, our clients had an amazing time watching what can only be described as some “insane” whale watching as we got to see a Southern Right Whale Calf breach.