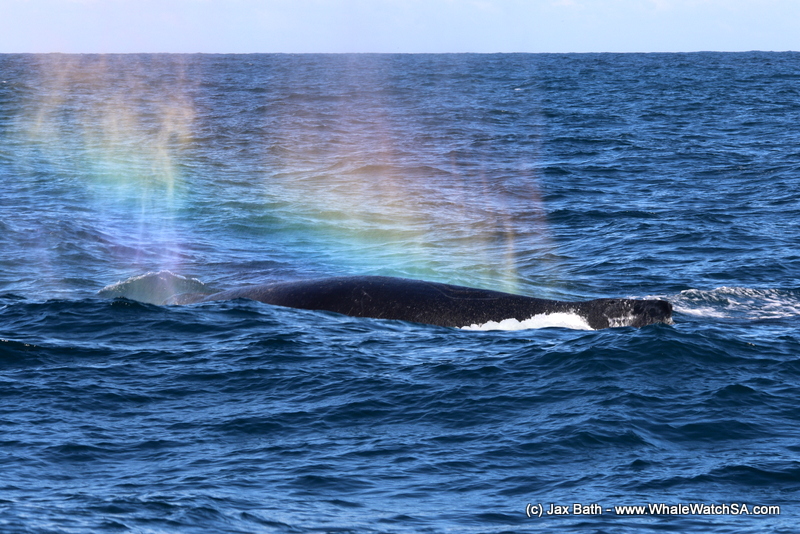 As the moon wanes towards a new moon, we’re due for another spring tide. During a spring tide, the gravitational force from the moon is super strong, causing our high tides to be higher and our low tides to be lower. For us here at Dyer Island Cruises, this means that we sometimes must launch from Gansbaai harbour as we are unable to fit through our own.

We set out at 9:00 from Gansbaai harbour, making our way around the infamous Danger Point before spotting our first whales of the day. These where none other than a couple of Southern Right Whales who were hanging around close to the coast. It is very normal for us to see these animals just behind the breakers or hanging around in the kelp, so we went on to spend some time with these gorgeous giants. After seeing a bit of spy hopping, we set out on towards Geyser Rock. Here we found our Cape Fur Seals and watched them for a while before making a stop in Sponge Bay. Sometimes, we struggle to point the African Penguins out due to their dramatic decline, but today we had a whole bunch of them sitting at the waters edge which made for a great photographic opportunity. We moved on to the harbour next to fetch our next group of clients.

This tour also started with a sighting of a Southern Right Whale. This whale was travelling and taking slightly deeper dives but, luckily, we had a Humpback Whale in the vicinity so, we began to watch this whale instead. Once we had spent some time waiting to spot the spout, we realized that we had 3 Humpback Whales around, all of which seemed really relaxed around our boat. We travelled slowly with them, waiting in anticipation for them to surface again and again. once we had seen our fair share of these incredible creatures we cruised to our island systems where we ticked off the African Penguins and the Cape Fur Seals off our sightings list.

Trip 3 saw the wind pick up slightly, which made for an adventurous ride around the bay. We found our whales early in the trip close to Kleinbaai, we moved with them slowly as they made their way into deeper water. These animals gave us some lovely views as they came up, exposing their callosity covered heads. We then had some fun travelling onwards towards Shark Alley. once we were in the alley, we were able to take in the sight of our seal colony before we cruised back into Kleinbaai Harbour.

Best snaps of the day.

Humpback Whales and a spout that became a rainbow. 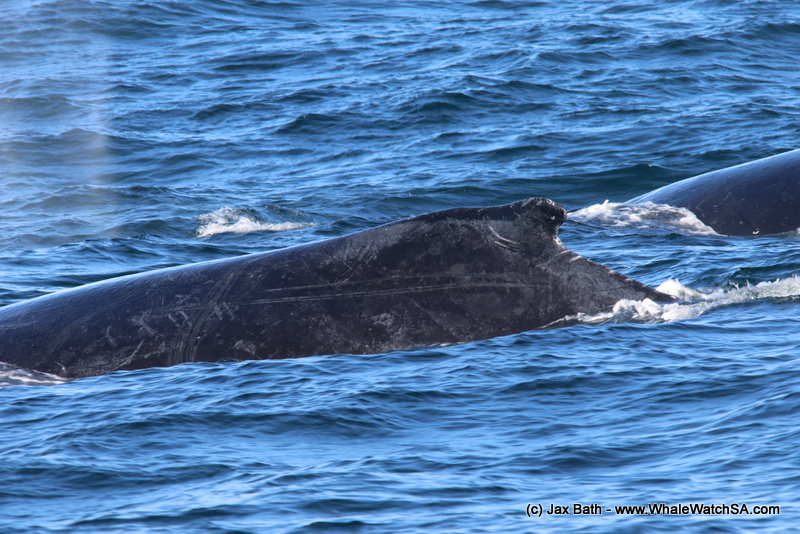 A close up of one of the Humpback Whales, these animals approached the boat a couple of time during the sighting. 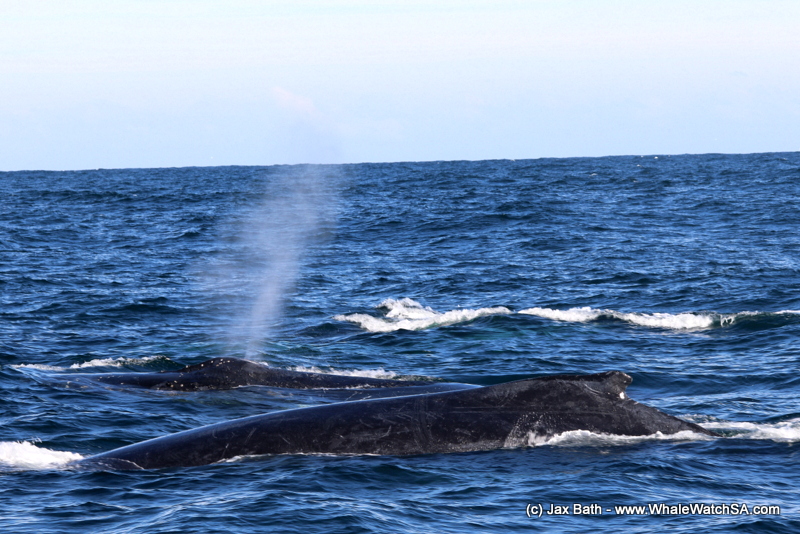 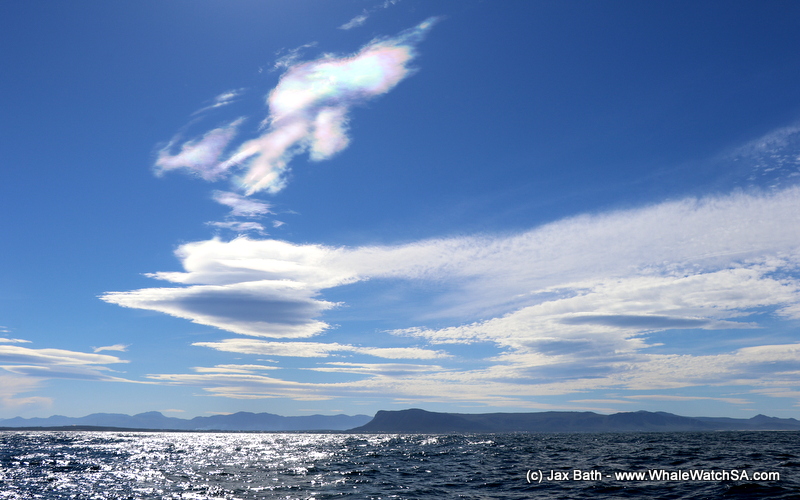 We had some stunning clouds looming today. 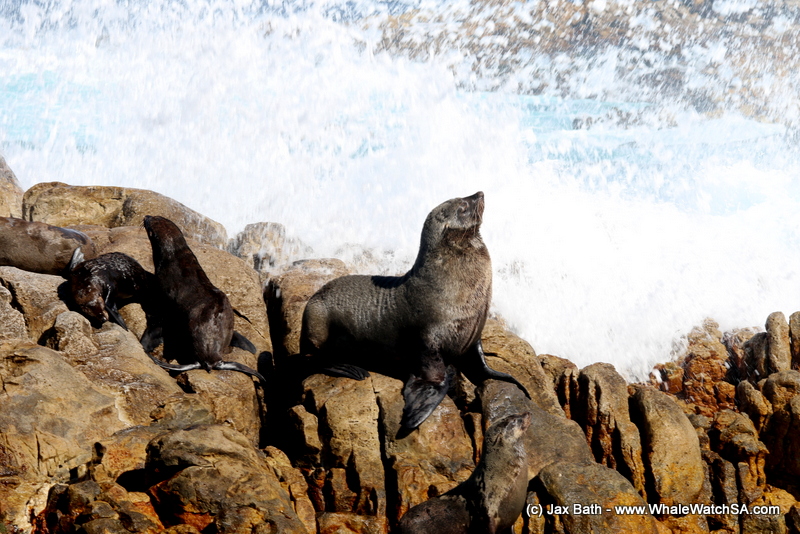 A Fur Seal striking a pose. 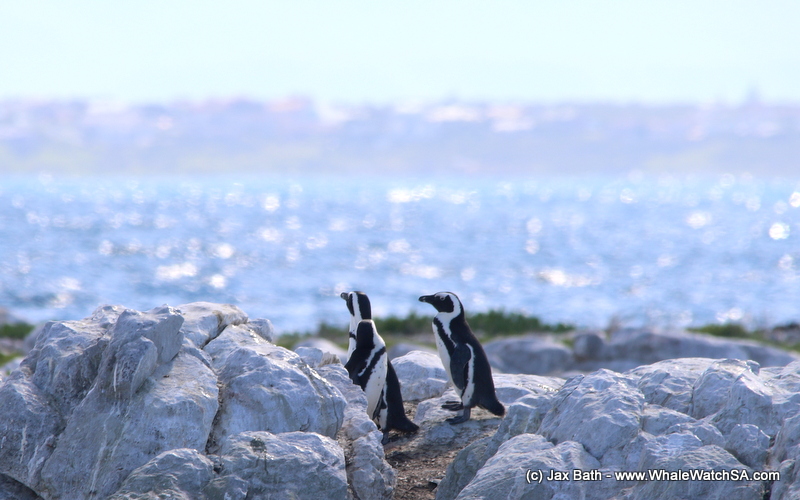 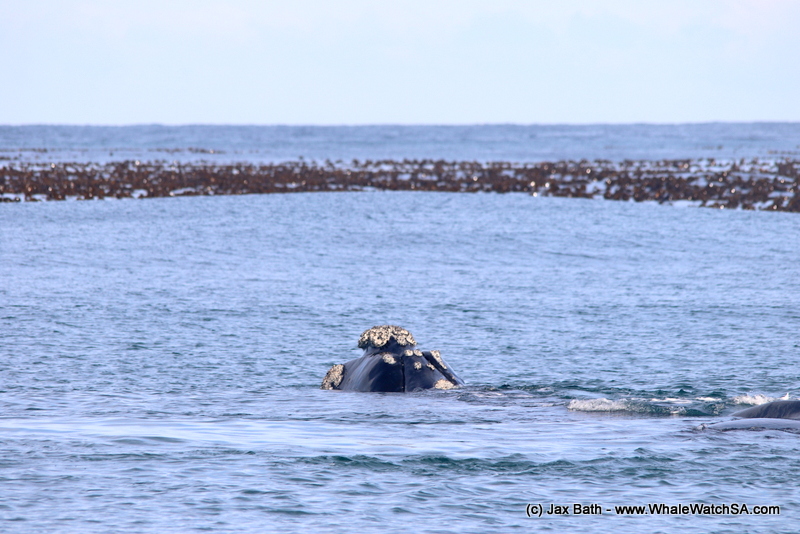 A Southern right Hanging out between the kelp. 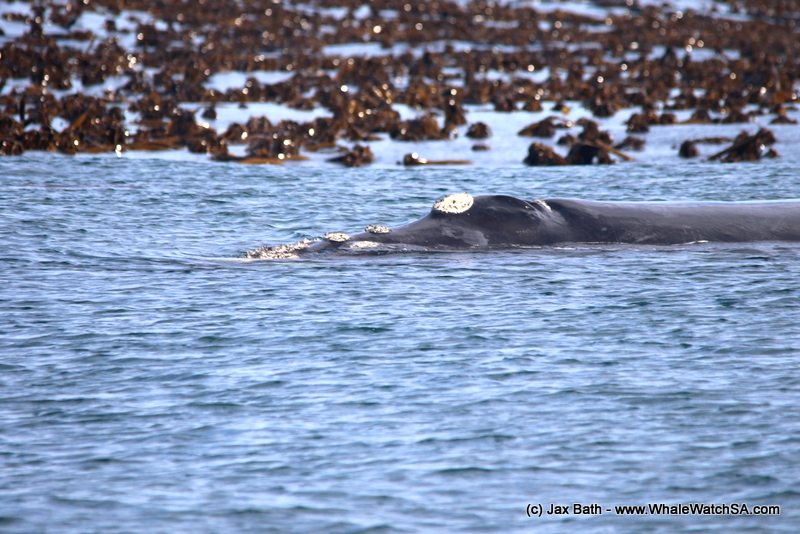 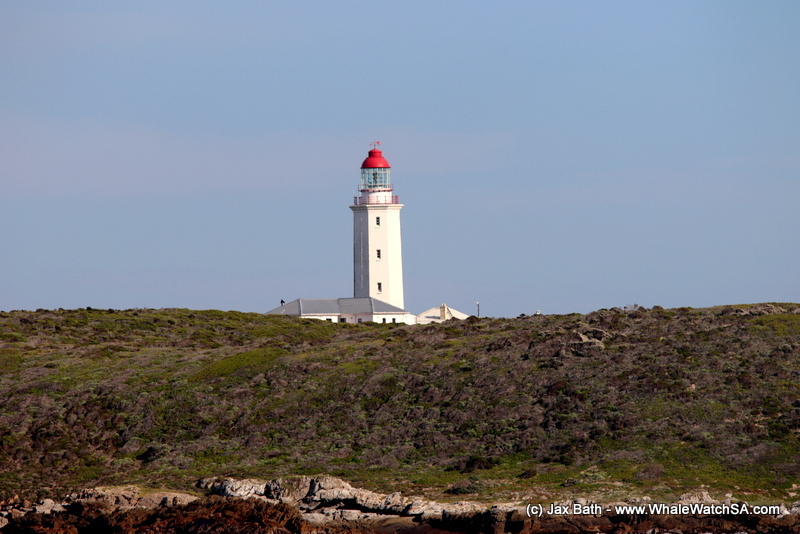 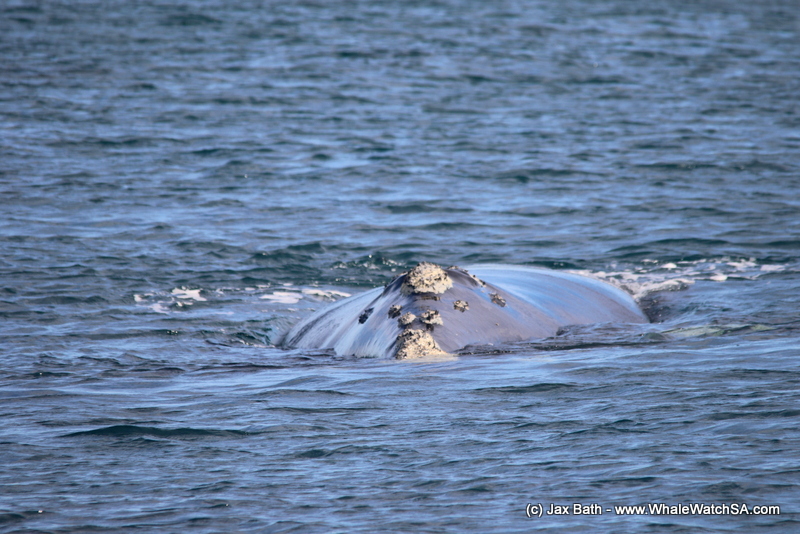 A front profile of a Southern Right Whale. 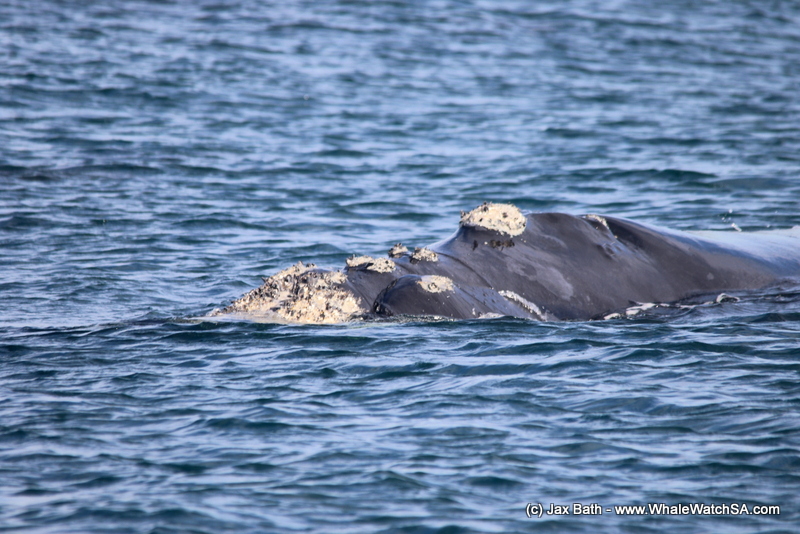 A good look at the callosities on the face. 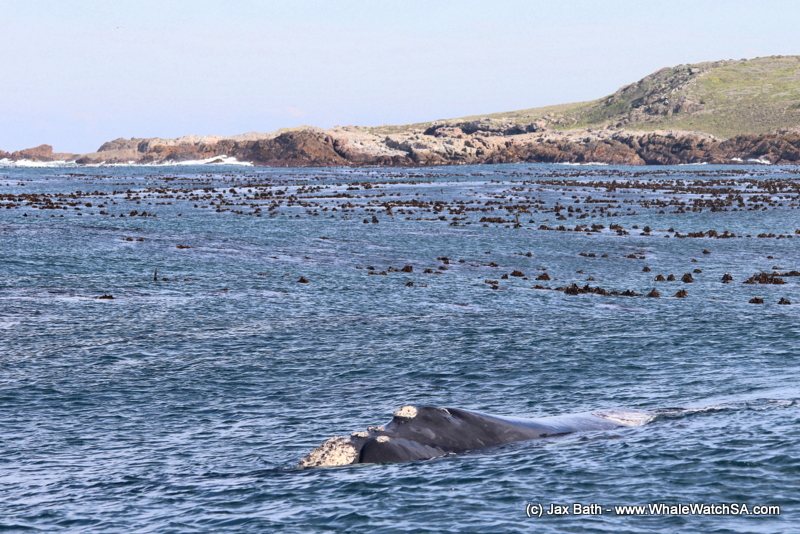 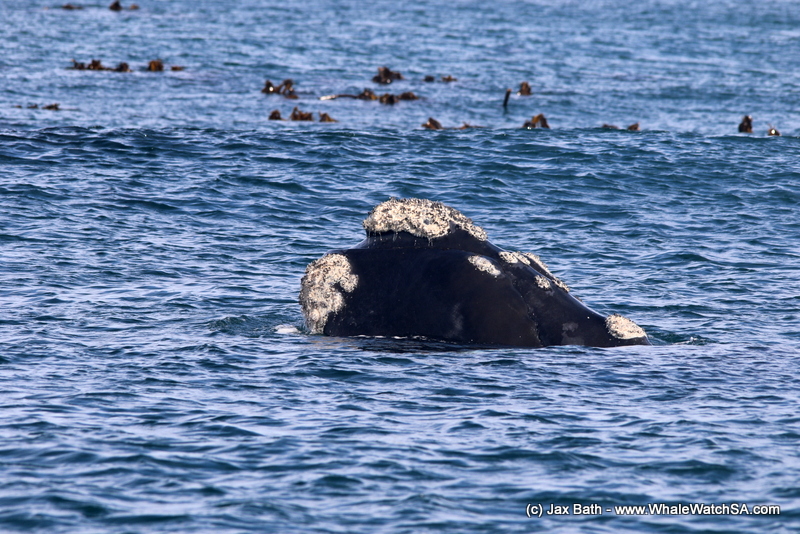 A whale poking his head out. 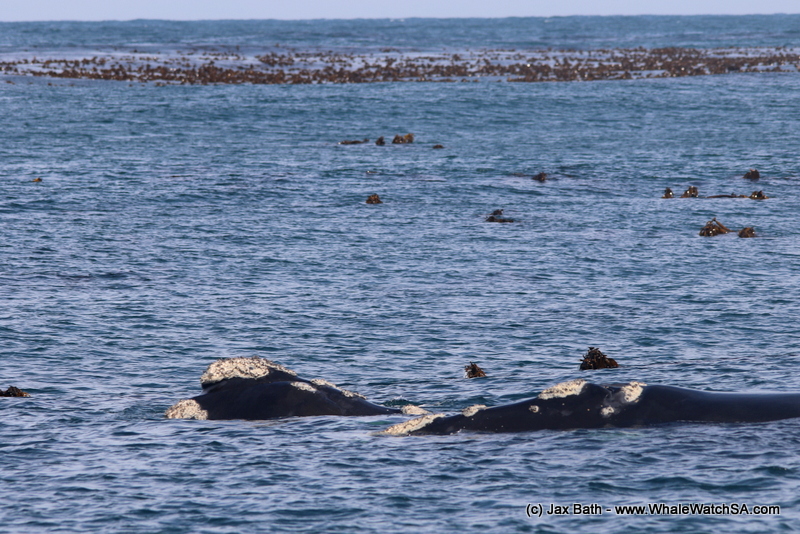 2 adults milling around close to some reefs. 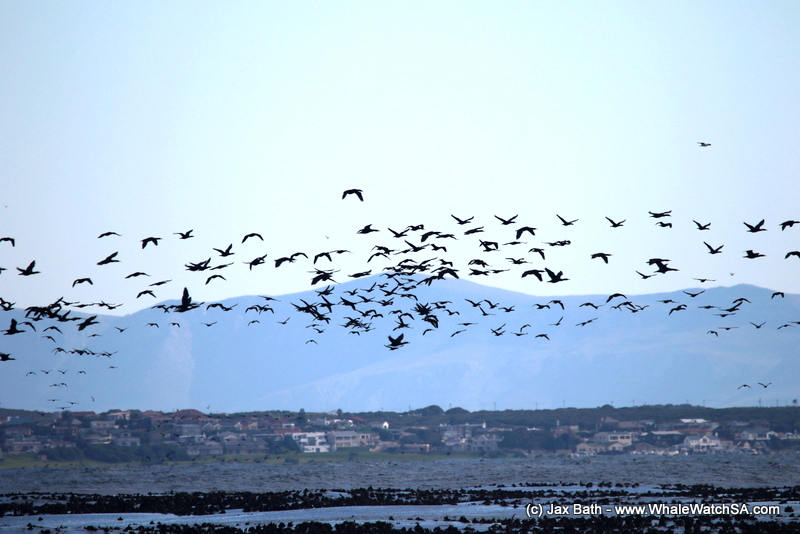 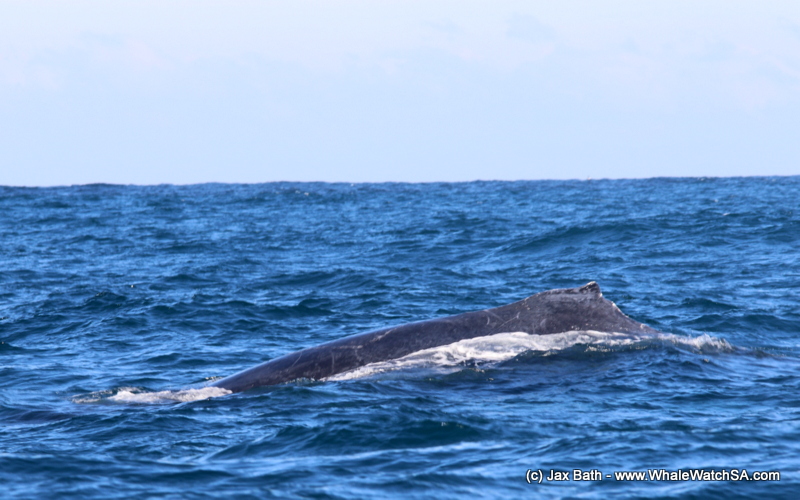 A Humpback whale in the swell.