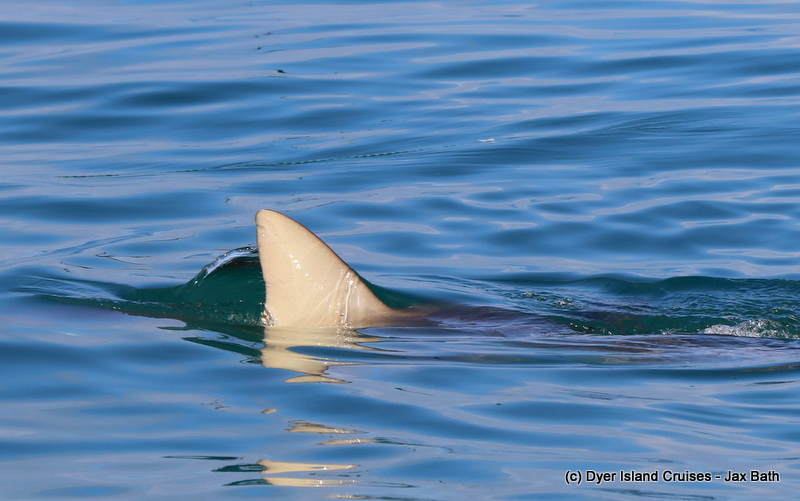 We had a busy day out and about in the bay, with 2 trips out on Trusty Whale Whisperer. With last nights super moon, the tides were quite extreme today, which meant that our second tour got to launch from Gansbaai harbour.as a crew, we love the voyage around Danger Point, although today’s was not quite as it usually is due to a blanket of fog which rolled in from the south west. Despite this, we had an incredible time on both our tours, with the first tour starting with a crystal clear day and ending in this fog blanket. The second tour had the opposite experience with a misty start opening into a gorgeous sea day.

Our first tour launched bright and early and saw us heading towards Slashfin, to see if they were having any lucky.  To our excitement, as we pulled up with caught sight of a Copper Shark emerging from the water, and to say we were thrilled was an understatement. After an awesome few sights of this golden creature, we thought we might leave them be, heading towards the reef systems and the on to Dyer Island. On the way, some awesome little African Penguins popped up. It is always great to spot these smartly dressed birds in the water, so we followed them for a bit before checking out their home.

Geyser Rock was the next stop of the day, where we found many napping seals and few who were willing to brave the Atlantic. Tide was especially low at this point, so we could see a large section of the intertidal zone on the rocks. We cruised up and down to check out what the seals were up to, before making our way around Danger Point. At this point, the mist started to roll in, but we were treated to the sight of an ocean Sunfish hanging about in the deep. This was a large specimen and we got to see him super nicely through the clear water. Eventually, we found ourselves docking the boat in Gansbaai harbor.

Trip 2 started off with another Ocean Sunfish, which indicates that we might have some jellies moving through. We travelled through the mist, but as soon as we hit the bay, we found ourselves in the clear, which was awesome as it allowed us to go a little closer to Dyer Island to see if we could spot a bird or two. After this stop, we moved into Shark Alley to be greeted by a completely different scene to what we had just 2 hours prior. Geyser Rock was empty, with most of the seals out fishing. We got to see some of the remaining animals jump into the sea after being spooked by some thing on the island, which is always a comical sight as the seals push and shove to make their way into the water.

Pearly Beach was next on our list of stops, so we travelled in that direction, spotting some African Penguins as well as some Giant Petrels in the water before making our way back into our bay. We admired the stunning blue water and picked up some kelp on The Clyde before moving through to the shark cage diving boats and then back into Kleinbaai Harbour. 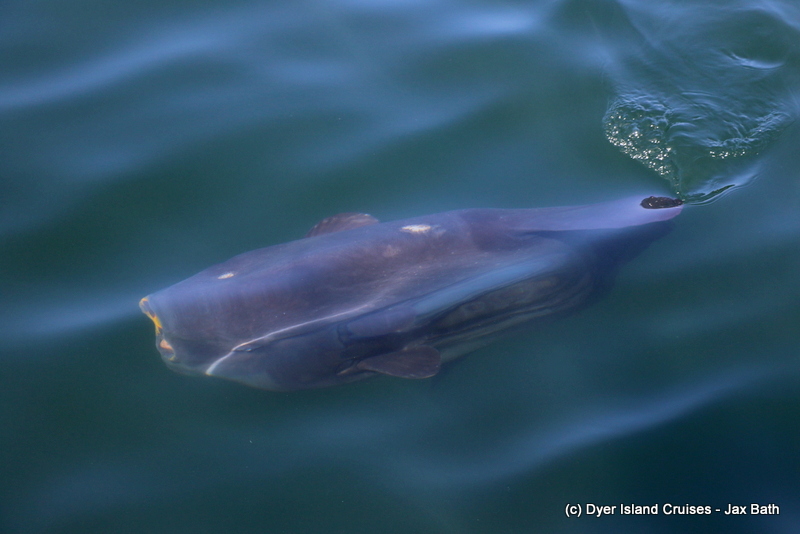 A Sunfish below the surface. The town’s namesake, some Egyptian Geese. 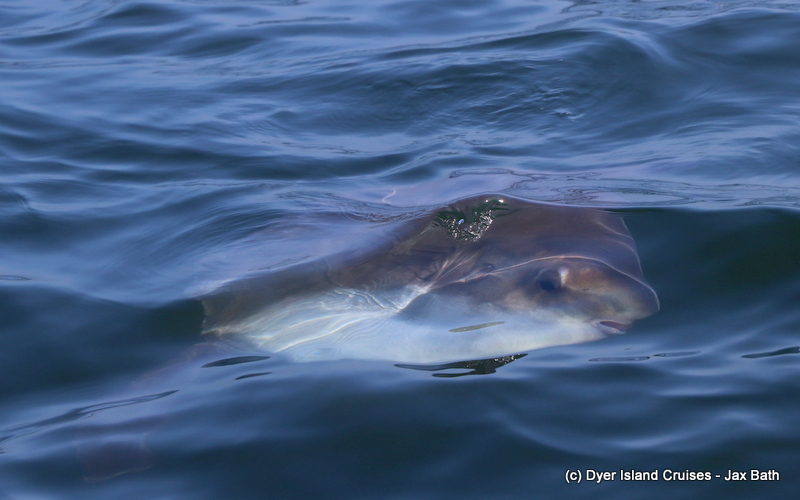 The Sunfish looking at us. 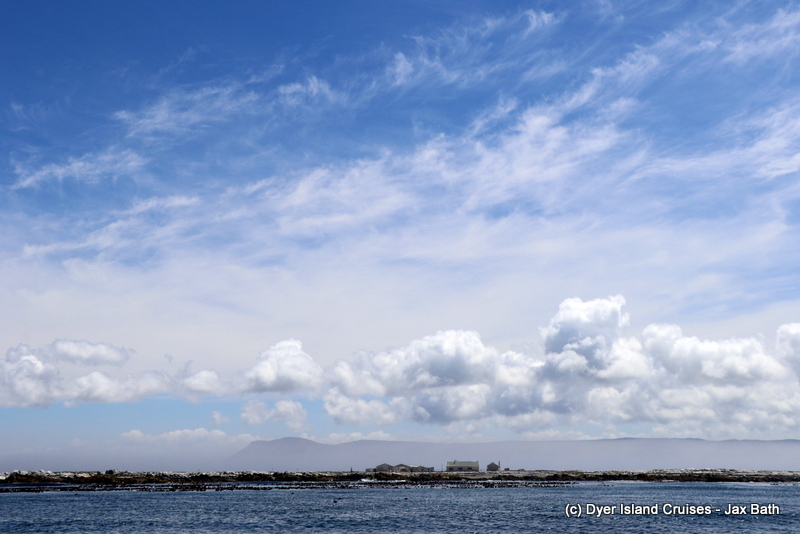 After emerging from the mist on trip 2, we were treated to this sight. 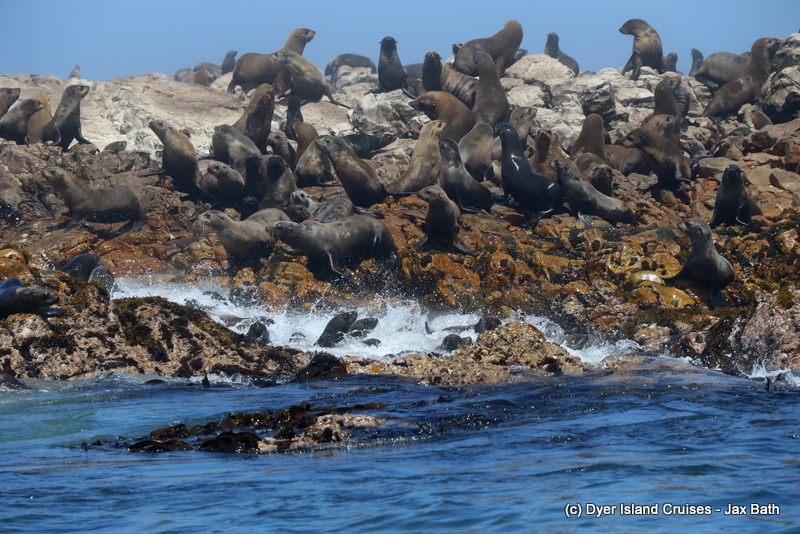 Seals gunning it for the water after being spooked.

The dorsal fin of a beautiful Copper Shark. 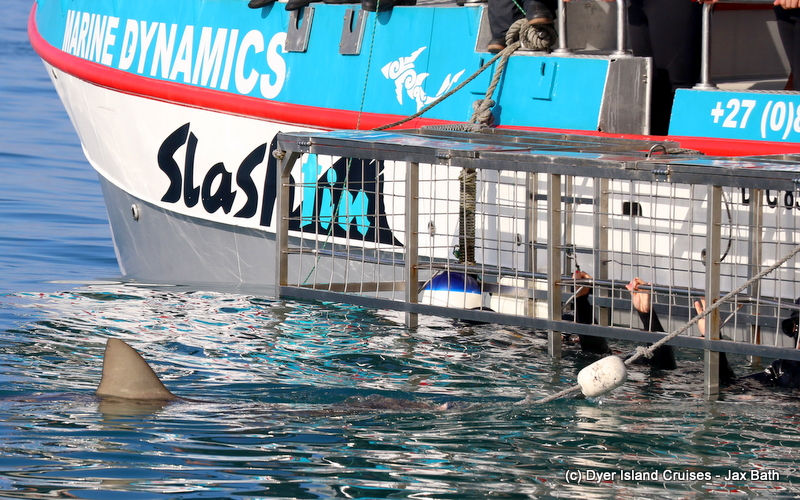 We were thrilled to see this beauty. 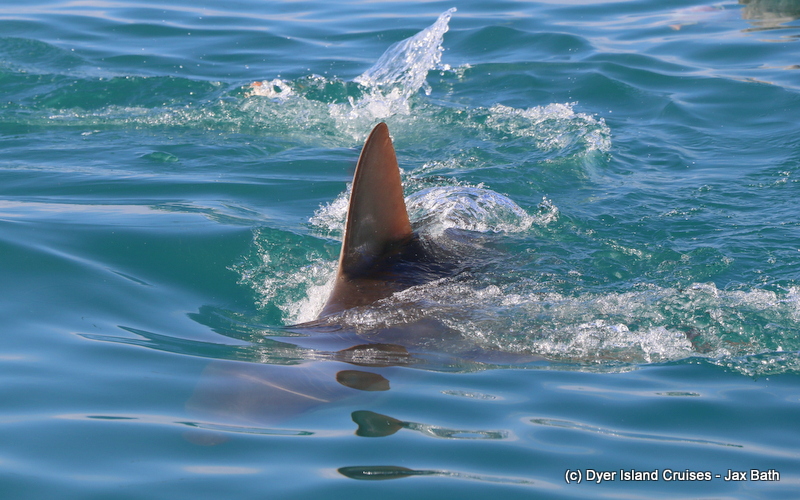 A closer look at a Copper. 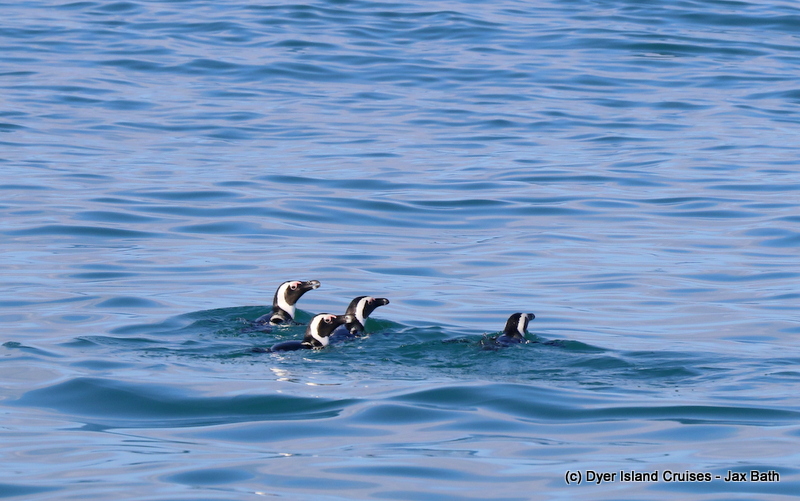 A raft of African Penguins on the hunt. 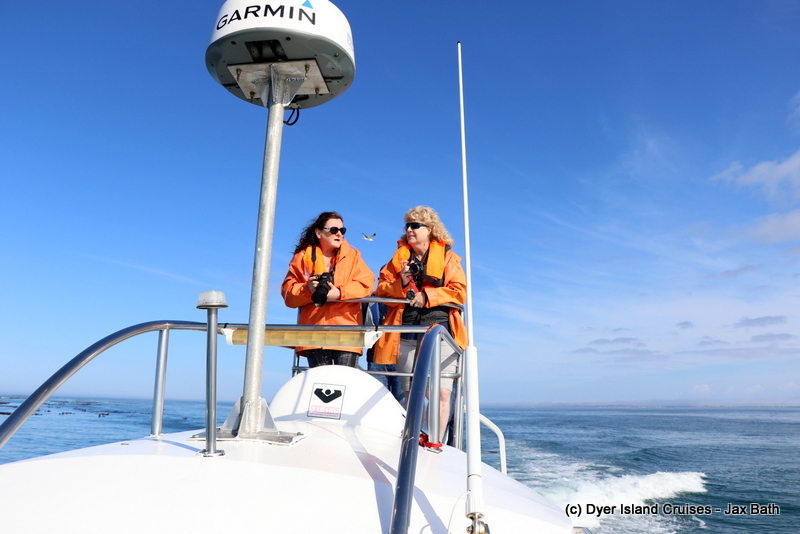 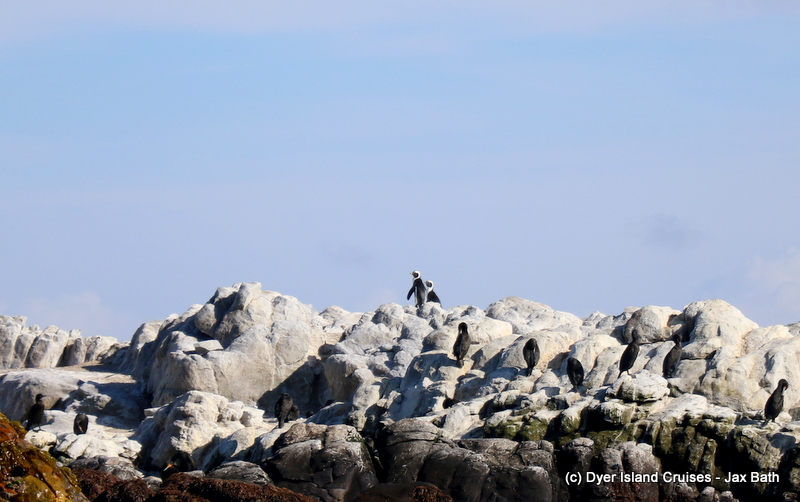 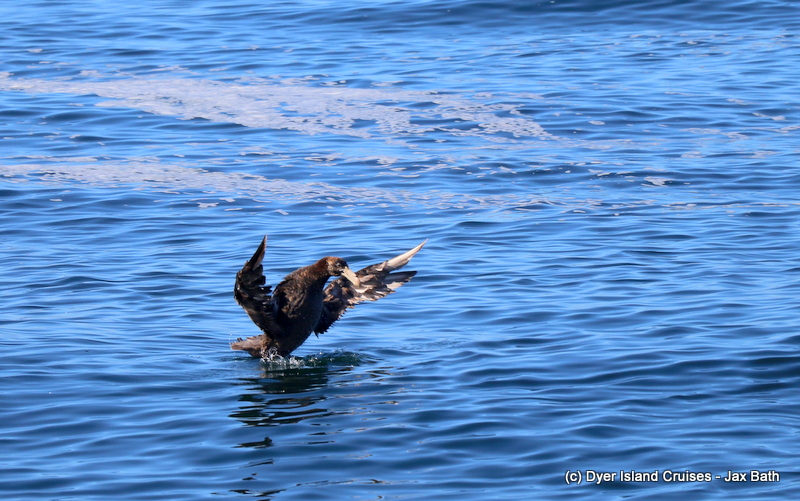 A Giant Petrel giving us a shake. 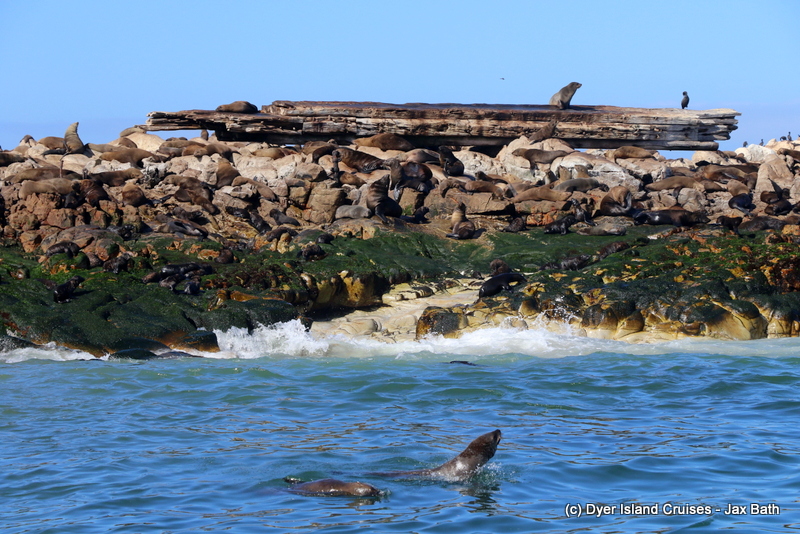 The Prince Port at Spring Tide. 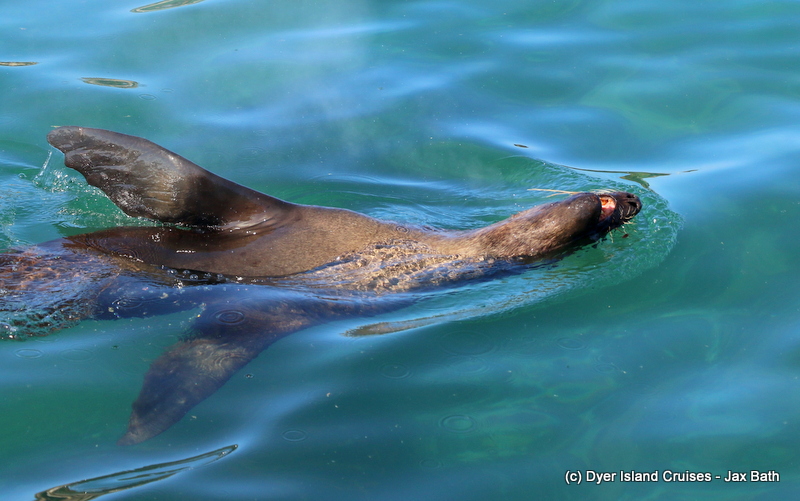 A seal surfacing for a breath. 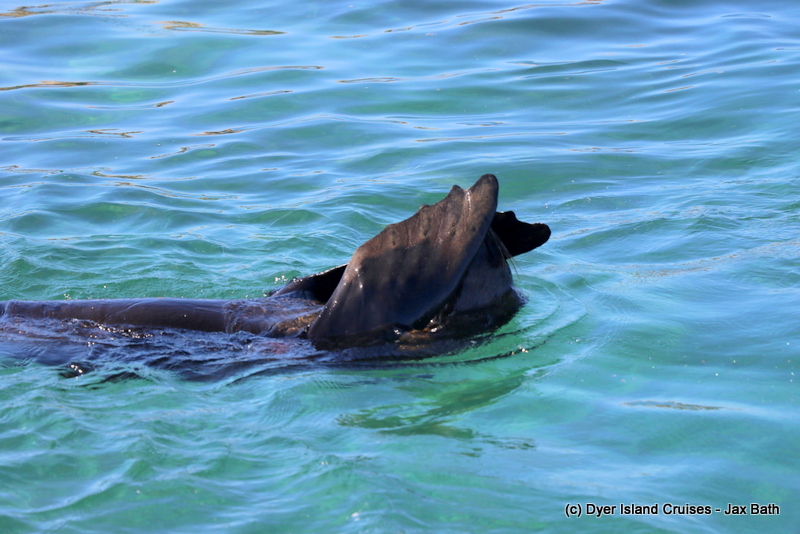 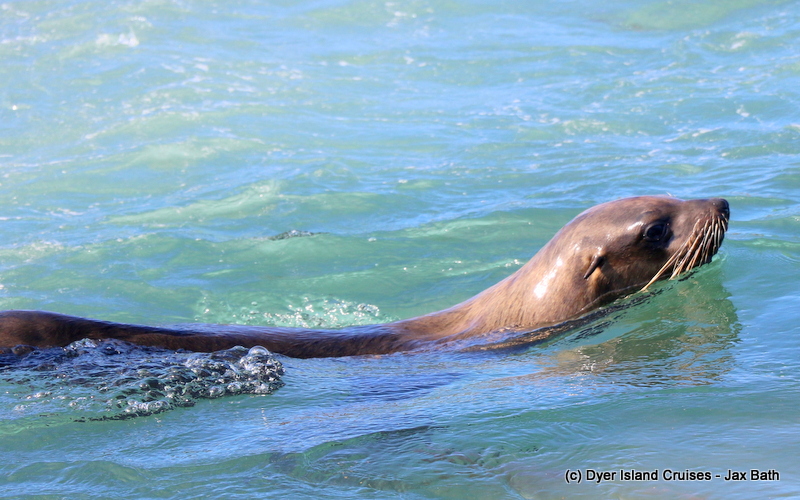 Heading out for a swim. 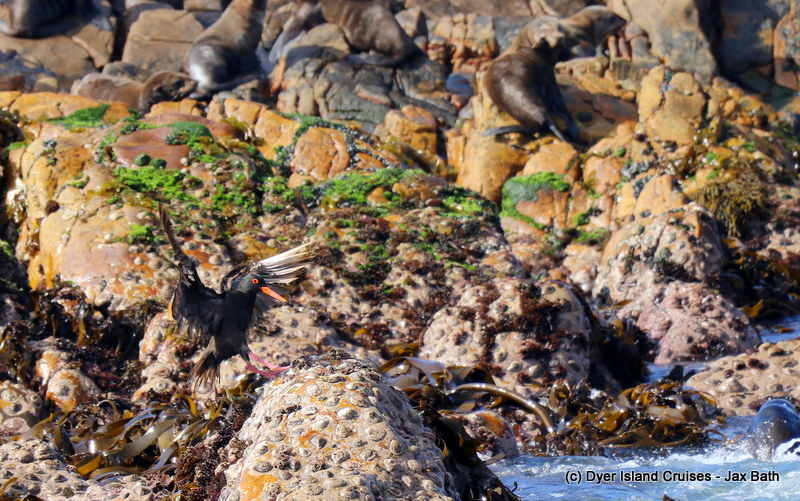 An African Black Oystercatcher comes in to land.