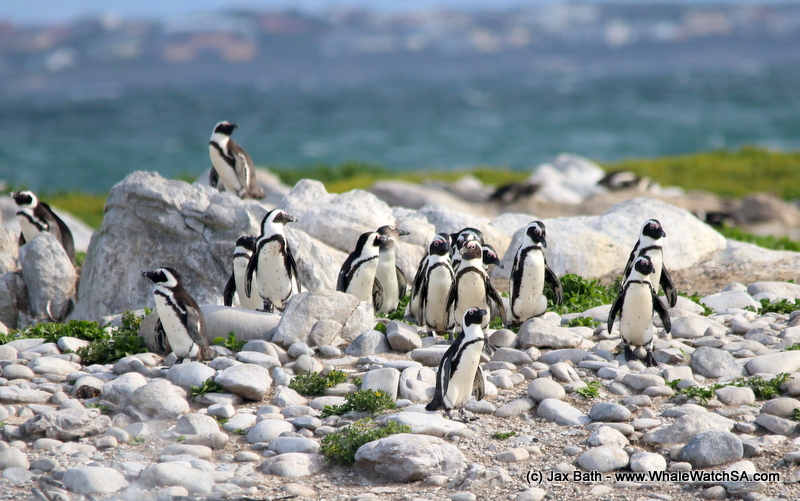 We had an early launch today with the wind due to pick up in the afternoon. We had a north westerly blowing, and we started off our tour with a light breeze. We launched at 08:30 and head out towards Pearly Beach, checking out for some whales along the way.

The sea was still nice and flat as we made our way towards The Clyde reef System. On the reef, we picked up some Sea Bamboo, which is the most abundant kelp species in the area. We also passed around an abalone shell. Abalone is a flat sea snail that lives on the kelp, and is just one of the many species that relies on the reef for a safe place to live and feed.

Shortly after picking up some kelp we had our first whale sighting of the day, which was a Southern Right Whale and her calf. These animals were also moving along The Clyde, and we spent some time watching them surface. Baby was easily recognizable by the white patches on it’s back, which made it look a little like an Nguni cow. This calf already looks a little bigger, and it checked us out from a distance before continuing to travel with mom.

At this point, we spotted some more whales further on in the bay, and to our delight, we had a mating group. There were at least 6 individuals around, and we had tons of fun watching as these whales rolled around, exposing flippers and tails and even sticking their heads out the water. We watched for ages as they continued with this typical mating behavior.

We went on to our Cape Fur Seal colony next, who were all hanging in the vicinity of Geyser Rock. We got to see some seals fighting whilst others napped and we even had a few fooling around in the water. Our final stop of the day was in Sponge Bay where we were treated to the sight of many African Penguins sitting on the white rocks. 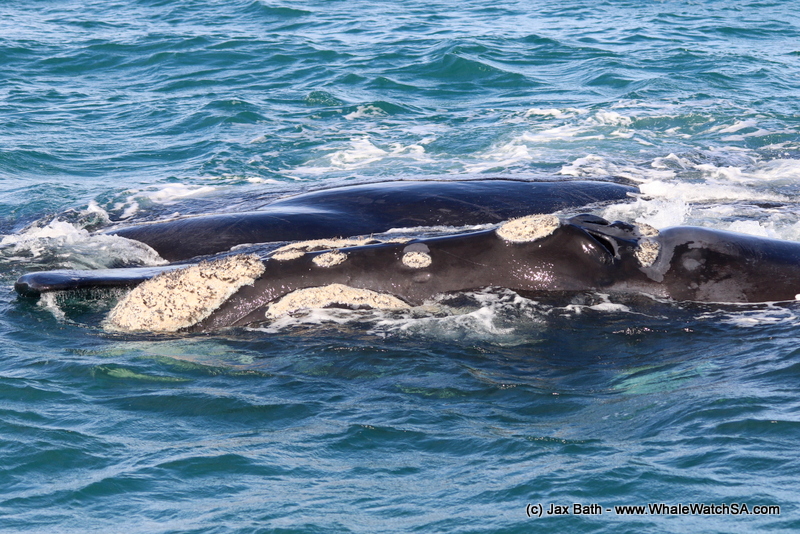 A good look at the head of these whales. The white patches are called callosities and they are covered in barnacles and whale lice. 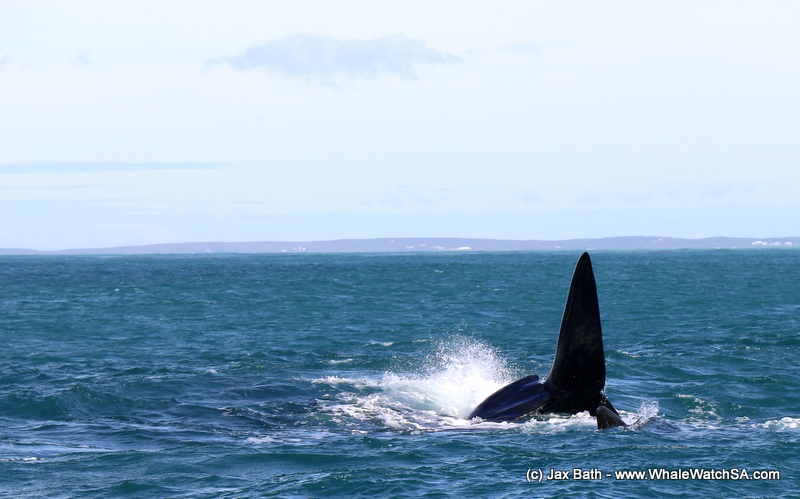 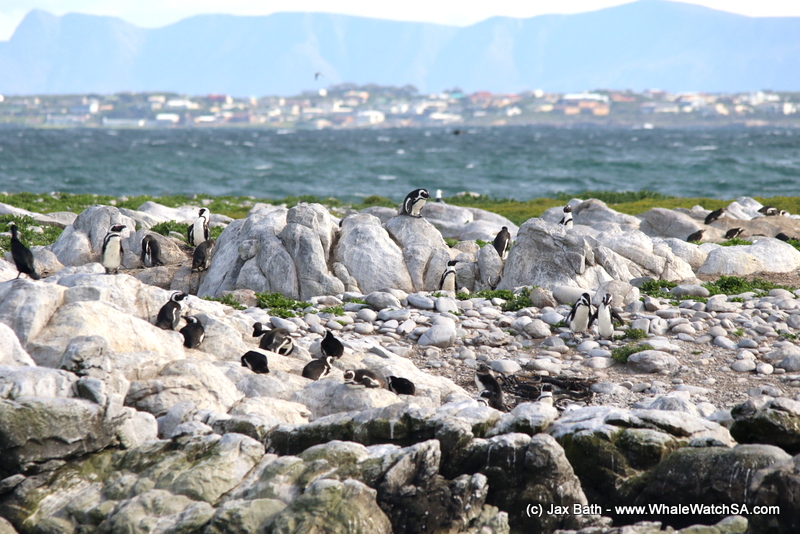 Some more views of the penguins. 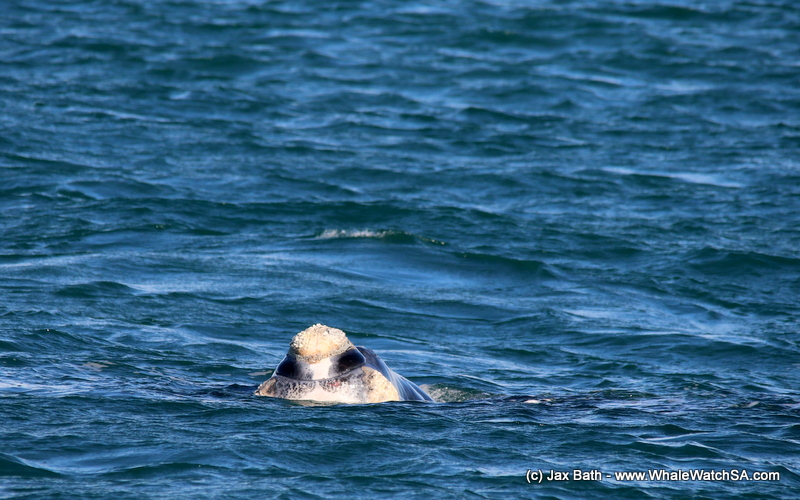 This calf also had white below the mouth, which is quite unusual.

Sometimes we struggle to point out the African Penguins on Sponge Bay, but today we were super lucky 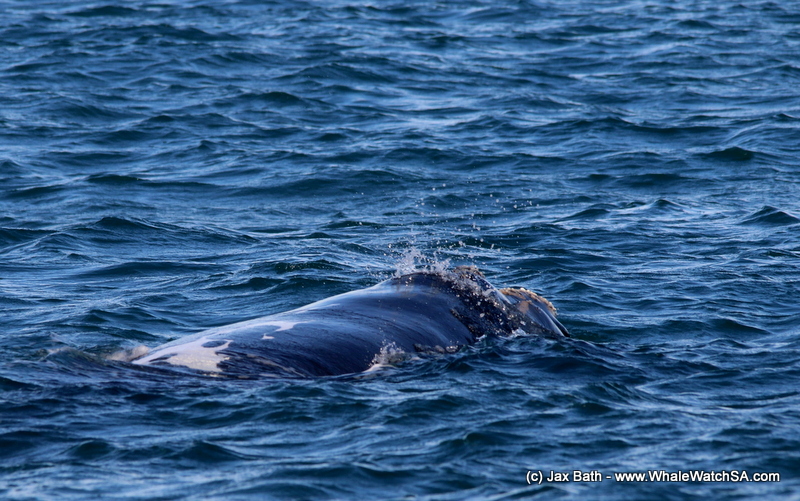 A calf with some really distinctive white patches on the back. We called this little one Nguni. 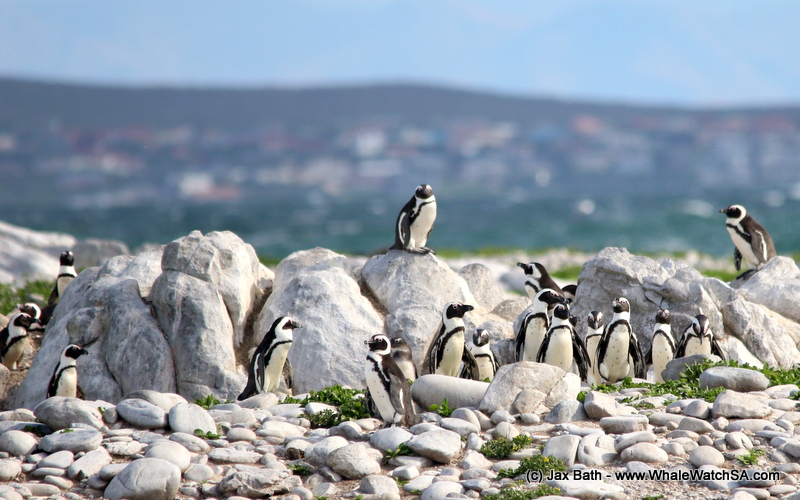 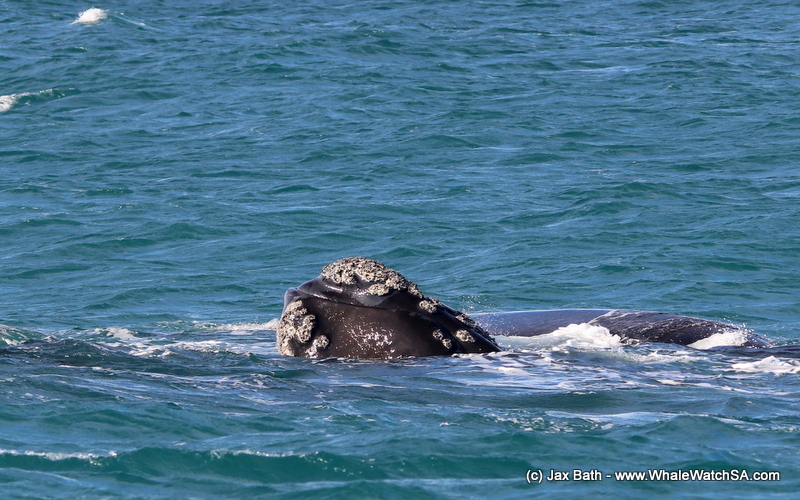 A whale sticking his head out the water. 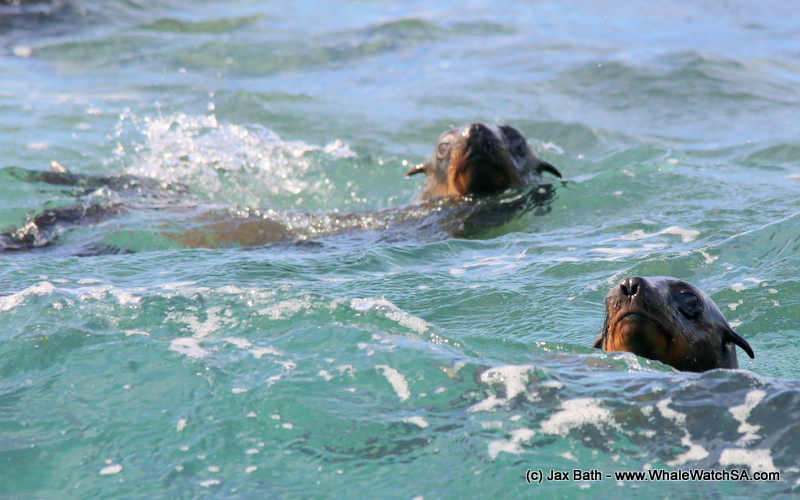 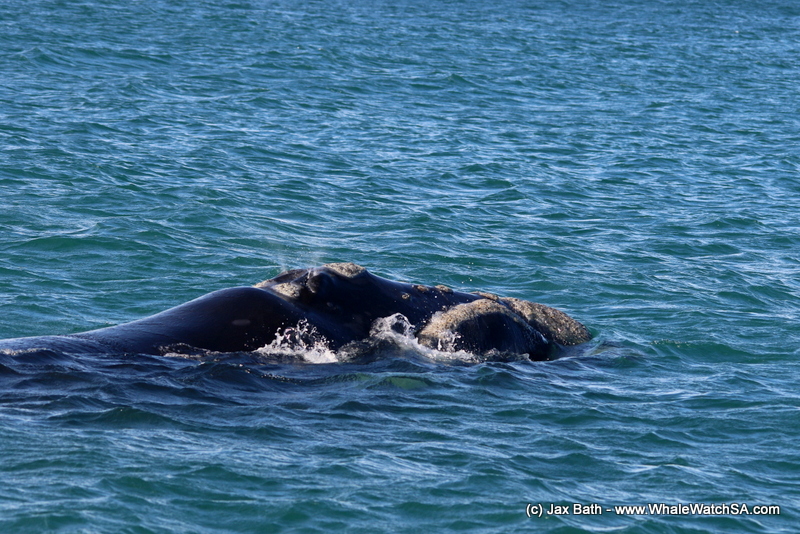 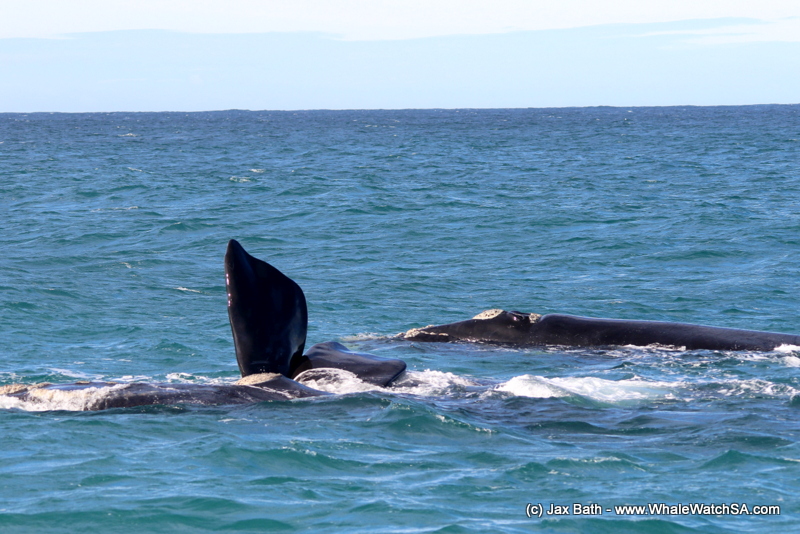 A mating group with some flipper action. 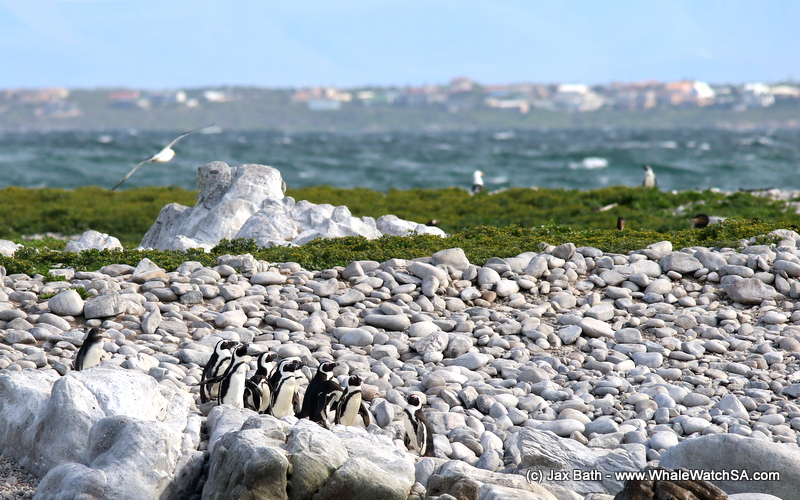 We had so many African Penguins around today. 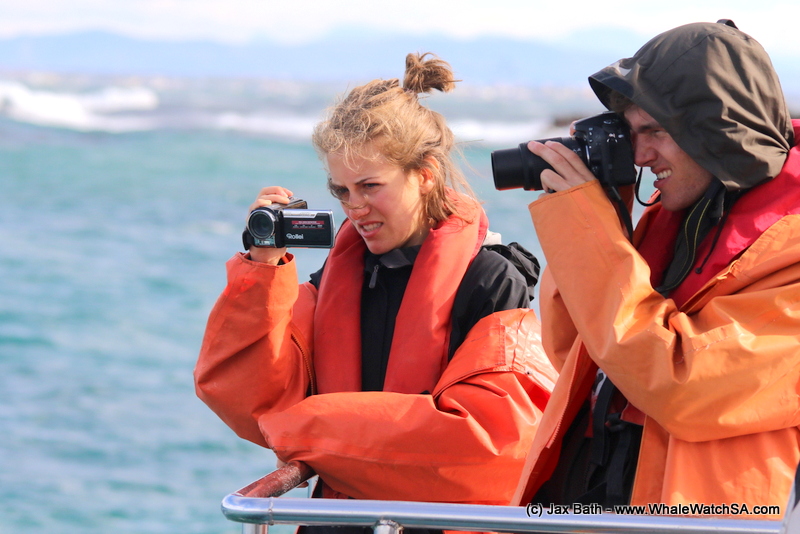 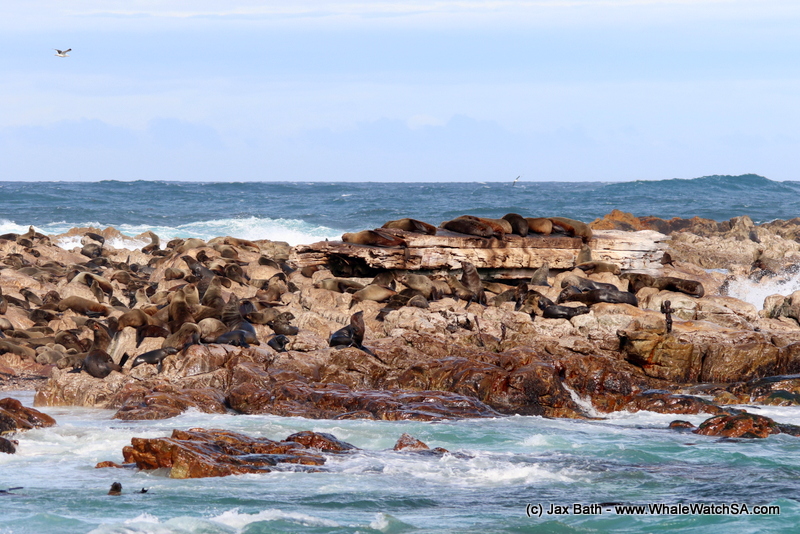 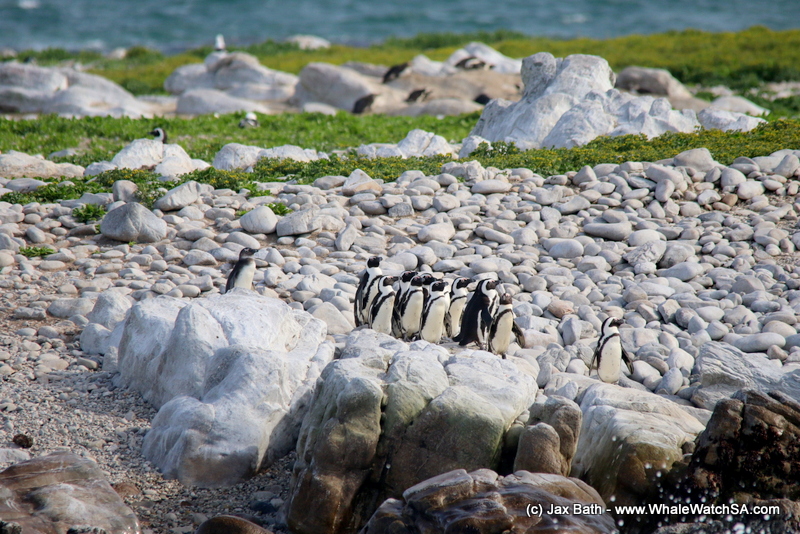 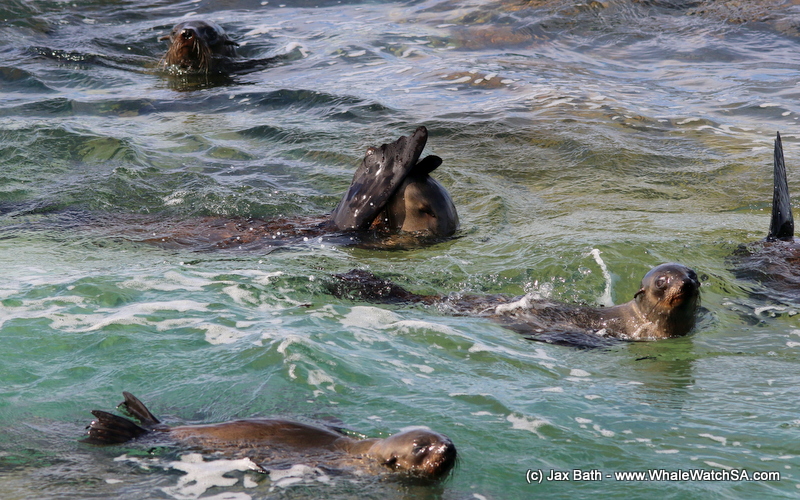 Seals having some fun in the water. 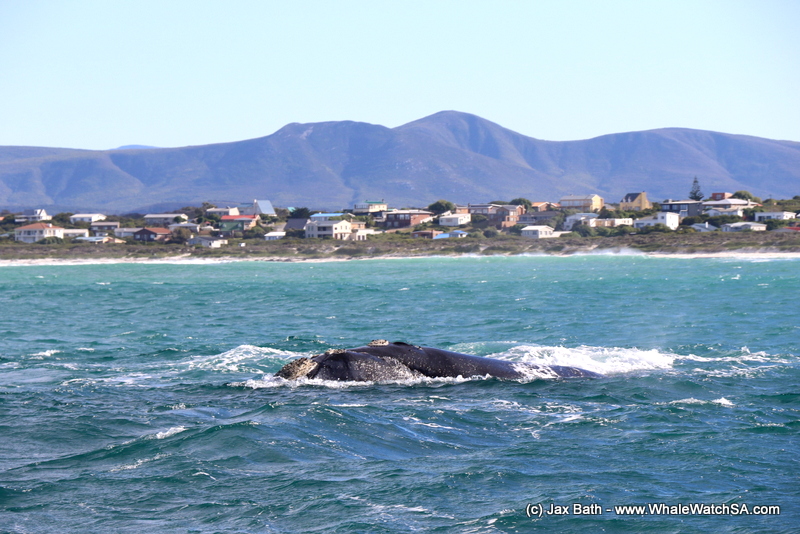 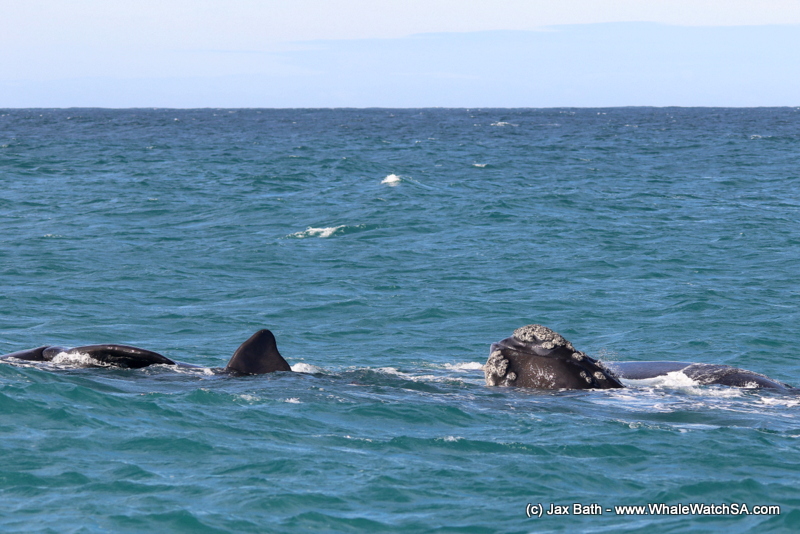 This mating group continued for about 10 minutes. 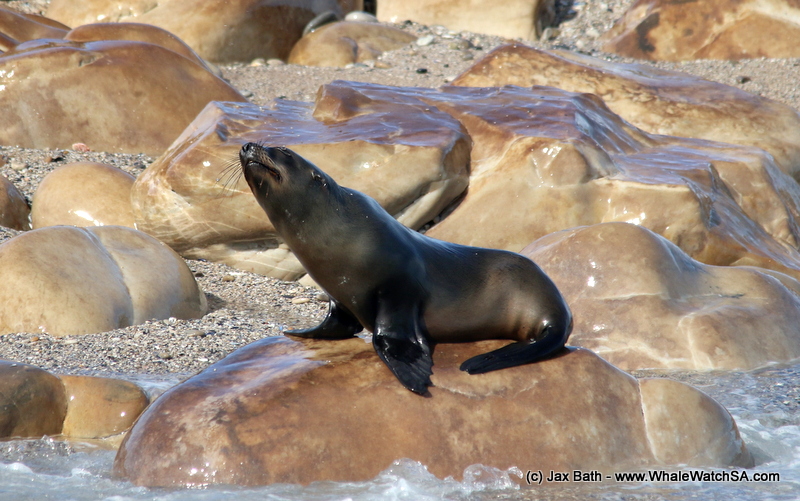 A Seal shaking itself off. 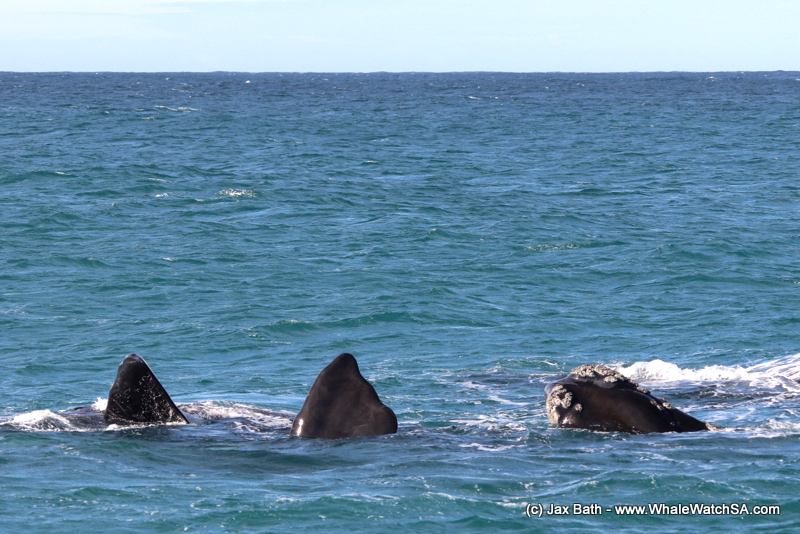 We spent some lovely time with a mating group today.