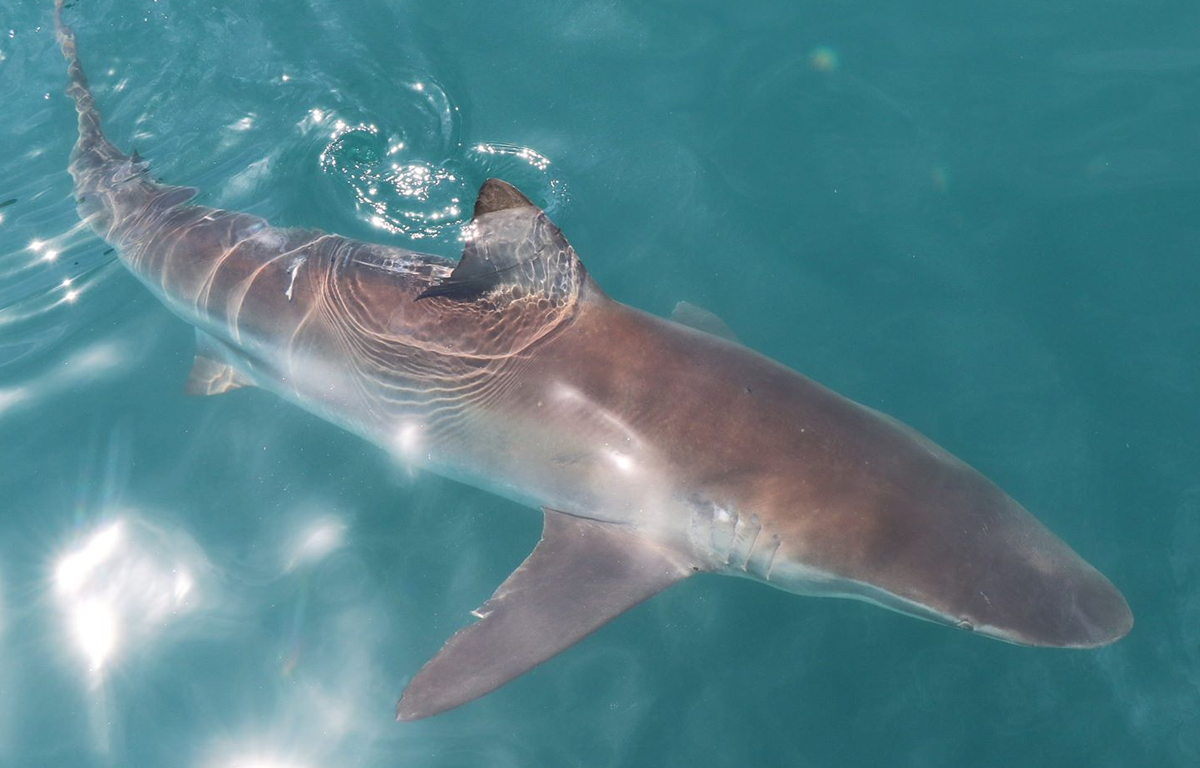 The Bronze whaler (also known as Copper sharks) here in Kleinbaai are very curious and interactive. These sharks eat mostly fish, with sardines being one of their favourites.

Bronze Whalers are still a legally fished species in South Africa. Fishing pressure has lead to these sharks being considered Vulnerable. Like many shark species, these sharks take a long time to become sexually mature. Currently,they are being removed out of the ecosystem at a faster rate than what they can replenish themselves.

Copper Sharks have beautiful green eyes which are lovely to capture when shooting, try to pay attention as the sharks head in to investigate the baitlines, this is often when they lift their heads. These sharks also have a nictitating membrane that they roll over their eyes, so make sure you’re quick.

How big are the Copper Sharks compared to the Great White Shark?

Fun Fact: Bronze Whalers reach a size of just over 3m and can be seen here during our summer months. We see mostly female Bronze Whalers around our boats and they are part of the Requiem family.