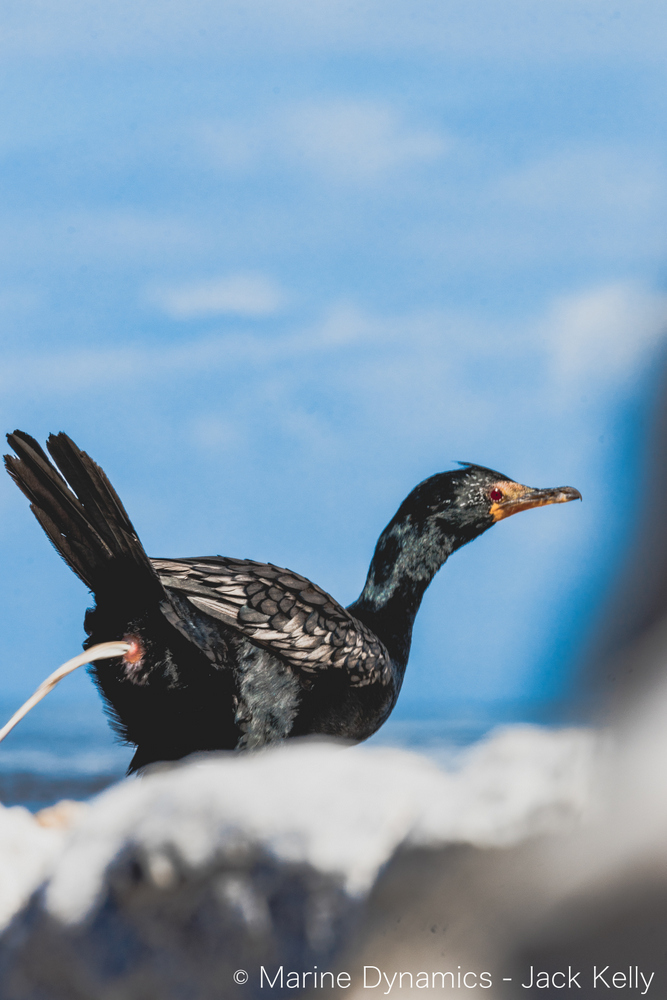 Recognisable by their iconic red eyes and glossy coat, these beautiful birds are often spotted feeding on the wide variety of local fish-life close to the Dyer Island shoreline.

These birds face threats such as entanglement by fishing gear, other forms of pollution and seal predation at islands. Crowned Cormorants are also vulnerable to human influence, with coastal development and higher concentrations of people in their breeding areas posing a threat.

Crowned Cormorants can be seen in Kleinbaai Harbour, so have your camera ready during the launch and one might be able to capture this charismatic species. They can also be seen in Sponge Bay (on Dyer Island) as well as on Geyser Rock every so often, a longer lens is recommended (300mm or larger).

How many species of Cormorant can we see on your tours?

Fun Fact: Cormorants have feathers which are not fully waterproof. This means that after diving, they must air out their wings to ensure they are not weighed down.