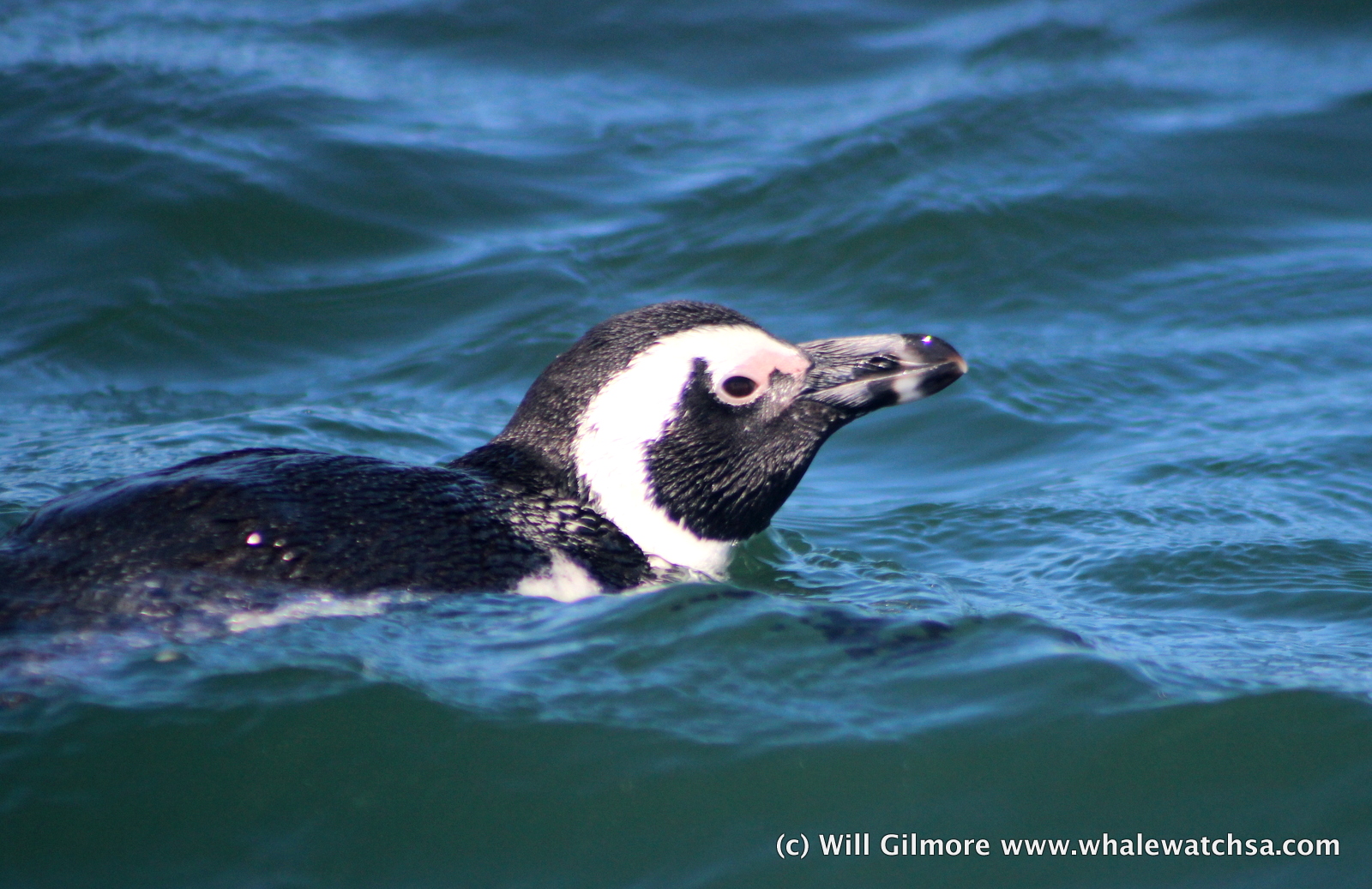 After a couple of days off the water due to inclement weather, we headed out in search of the Marine Big 5. Outside the harbour, just as we had gotten settled, our spotter found us the most elusive of our whale species, the Bryde’s Whale. This whale was extremely relaxed around us, often surfacing very near to the boat. The Bryde’s Whale, named after a Norwegian whaler, first came to the African coast to set up the first modern whaling stations. However, the Bryde’s whale was not target by commercial whalers as it is very sporadic in its movements and will sink when killed. We left the whale behind and headed towards the shallows to complete our daily YSI reading and also spotted some dolphins. There were 5 indo-pacific bottlenoses playing in the surf, however, due to safety, we weren’t able to approach further. Not even 30 minutes into our trip and already 2 out of the Big 5. Our next stop was at the shark cage diving site where we were able to grab a few fleeting glimpses of a great white shark. The animal was very hard to spot as it mostly remained below the water, only the dorsal and caudal fin breaking the surface. After viewing the shark, we set off towards the island to complete out big 5 checklist. We had a very special guest on board today, a little African penguin named Forest. He was bought into the African penguin and seabird sanctuary, sick and underweight. Thankfully, the staff at APSS have done a wonderful job and he made a speedy recovery. For the release we stopped just in front of Dyer Island to set him on his way back home. To complete the Big 5, we headed around the island to say hello to our massive colony of Cape Fur Seals. After a stop at the colony we made the short journey back to the harbour, filled with great memories of our marine adventure.