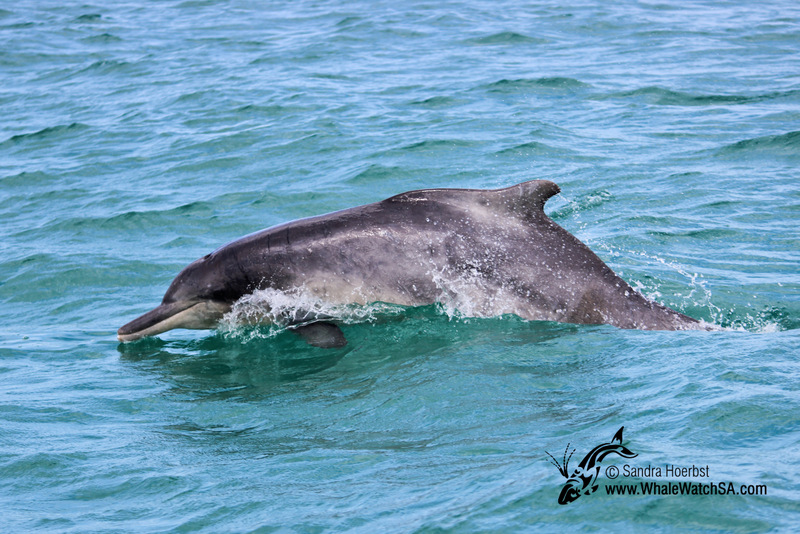 Agile, intelligent, revered and mysterious, sometimes hunted for meat or held captive for entertainment, they evoke strong emotions in many people.  However, they have a dark side too, ganging up to hunt other dolphins, seemingly for fun, or males kidnapping females and holding them captive for days at a time, or hunting in a pack to kill large whales, only to remove their tongue.

From the smallest popoto, to the largest orca and from tropical river dolphins to hourglass dolphins living in icy waters, dolphins occupy a huge range of habitats across the globe.  Some feed on fish and squid while other eat marine mammals.  Some are coastal and others live in the deep ocean, off the continental shelf.  Even though man has been studying them for years there is still so much we do not know, and hundreds of questions are yet to be answered.

Today is World Dolphin Day, and to mark this day we share with you about a shy and sometime elusive species, the Indian Ocean humpback dolphin.  They are called Sousa plumbea in Latin and are classified as ENDANGERED in South African waters.

There are probably less than 10 000 in the world and most likely less than 1 000 in South Africa! They live close inshore, usually in waters less than 20m deep, and are often found around river mouths.

They are easy to recognise – they surface by first sticking their rostrum/snout right out of the water, and after that they roll forward you can see their fleshy hump on their back.  Males are larger than females and can grow to about 2.8 m in length.  They are generally grey with a paler belly that is sometimes spotted.  When they breach many times then this belly becomes pink with the increased blood supply.  As animals become older their dorsal hump and fin can show white scarring, which probably occurs through biting one another and from failed shark attacks.  When calves are born they measure about 1m in length.

Humpback dolphins occur close inshore, which is exactly the same area that we like to use, so threats to all species of humpback dolphins, besides for shark predation, are usually as a result of man’s activities.    Power boats and jetskis disturb their behaviour, shark nets put up to protect bathers indiscriminately catch dolphins too and because they like estuarine areas they are especially vulnerable to exposure to pesticides and other pollutants that make their way from agricultural areas down the river system and into the sea – often being accumulated in the prey that humpback dolphins consume.  This can kill newborn calves when they feed on polluted milk from their mothers and it can weaken an adult dolphin’s defence against diseases.

We have identified about 30 humpback dolphins from the Dyer Island area and are embarking on an intensive research project to collect more data which will help conservationists and environmental managers to make decisions that will protect humpback dolphins in the long run.  If you would like to help the Dyer Island Conservation Trust with the financial side of this project please contact fundraising@dict.org.za.

Your help is greatly needed and donations will be used to fund essential camera equipment for collecting photo ID’s.