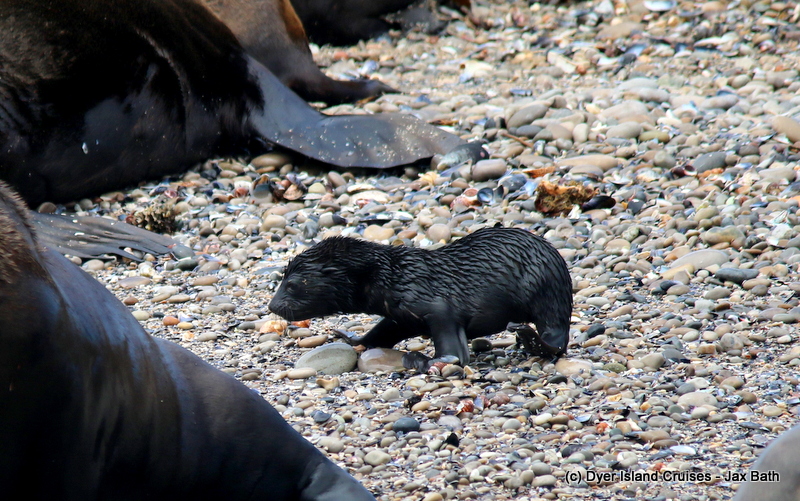 It was another awesome day to be out on the ocean, with the wind having died down to a light breeze today. on our tour, 4 of the Marine Big 5 popped up to say hi, and overall, we were treated to a great day on the water. We started at tour at 10am and head on over to Slashfin where the Bronzie activity was cooking. Bronzies or Bronze Whaler Sharks are a beautiful schooling species that we get to see around our boats at this time of year, and we got some great photographic opportunities as these curious cartilaginous fish came up around the cage.

We then wasted no time making our way over to the whale nursery grounds of Pearly beach, where we spent some time with a few pairs of Southern Right Whales. these cows and calve are still sticking around in the area, and we got to see some awesome behaviour out there today. we had a mom and baby doing some swimming lessons up and down the bay and it was awesome to watch as they broke through the swell and continued along. We also got to see a curious baby doing some spy hopping and then opening his mouth a little, a behaviour which always generates excitement from the crew as this is something we’re seeing only occasionally. We also got to see a mom and baby doing some travelling, heading south and creating some giant whale footprints at the surface of the ocean. Right at the end, she gave us a little tail before we cruised along towards our seal colony.

Our seals are being cute and boisterous as ever, and we’re just having the best time visiting them at this time of year, although the smell has certainly been taken up a notch with the warmer weather, these playful pinnipeds definitely make this stop a highlight due to their adorable pups and entertaining antics. Our final stop for this tour was over in Sponge Bay where our African Penguins were hanging out on the white boulders. 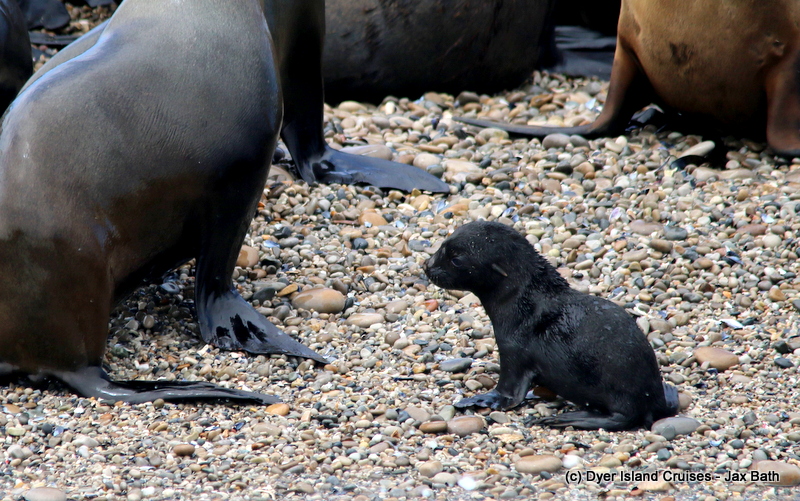 The new pups are stealing the show.

A brave little one taking on the world. 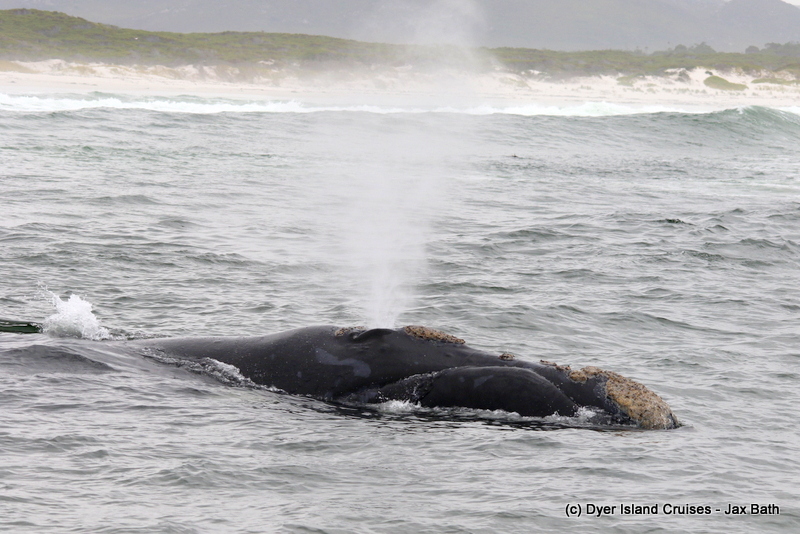 A good look at mother whale. 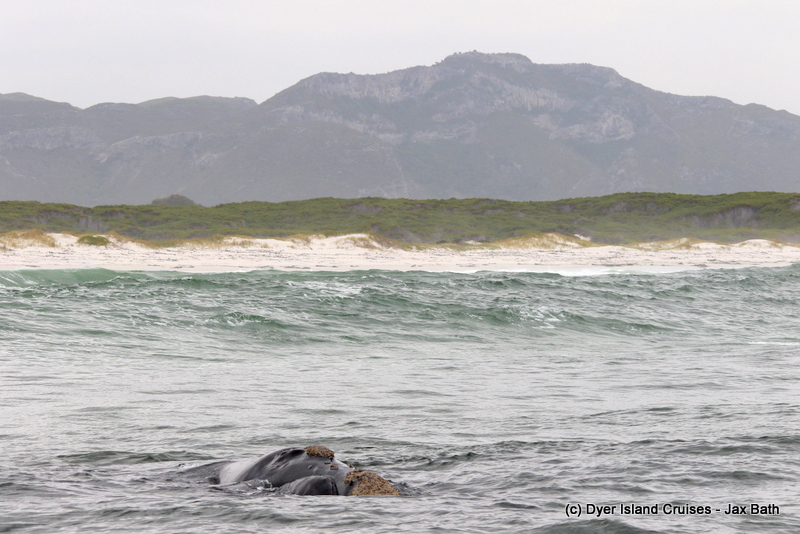 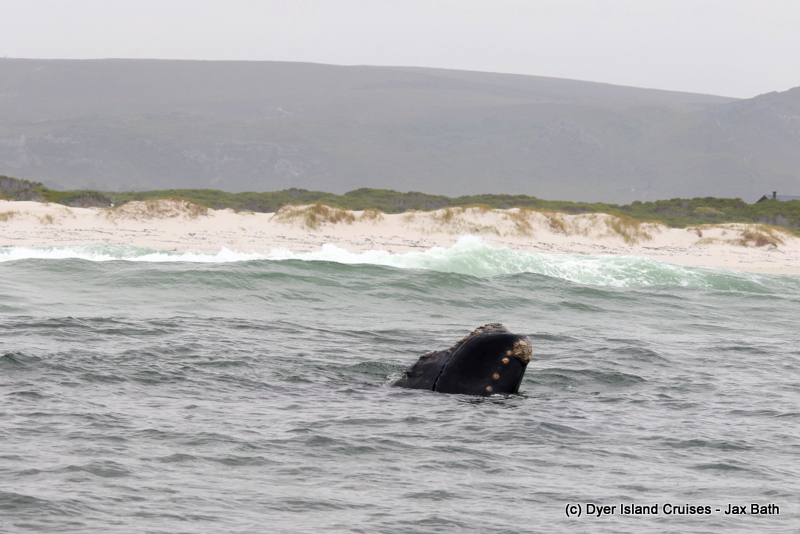 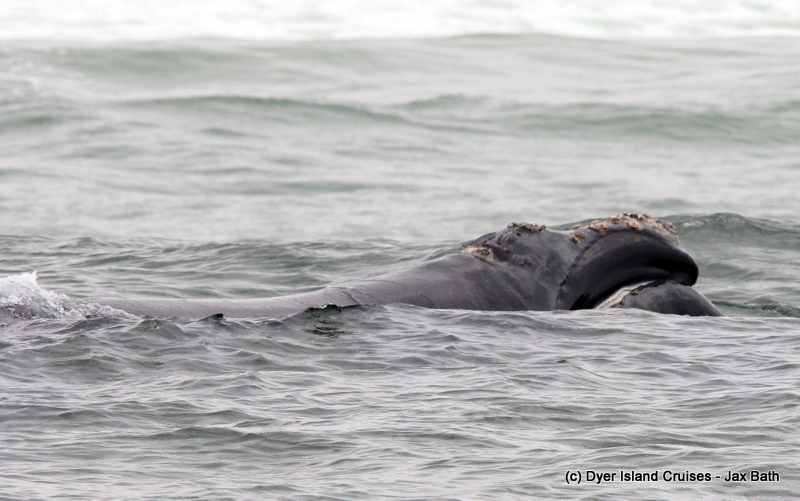 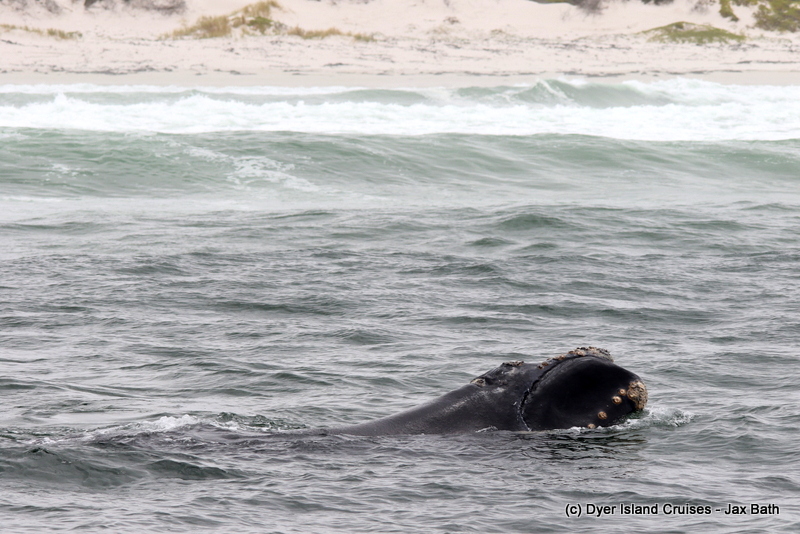 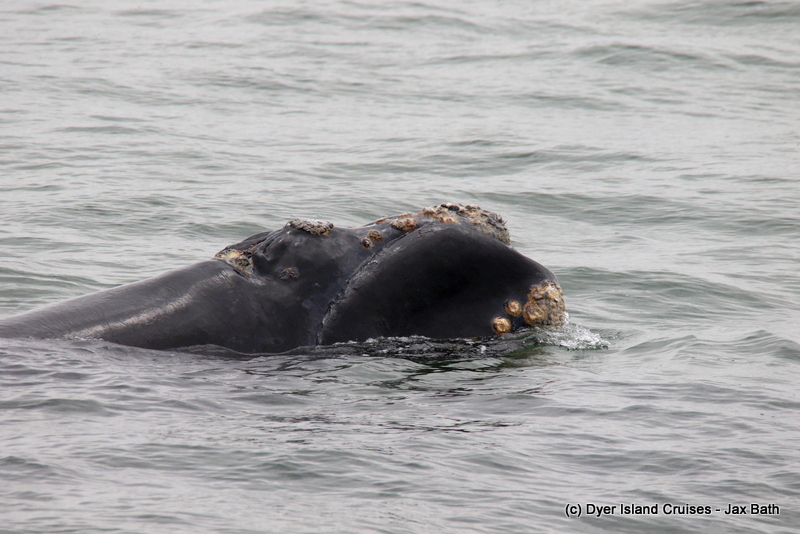 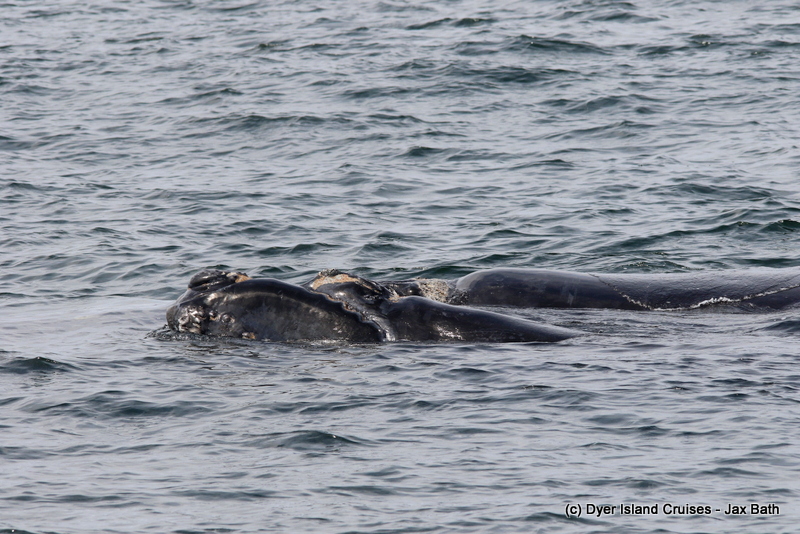 Mom and baby swimming along. 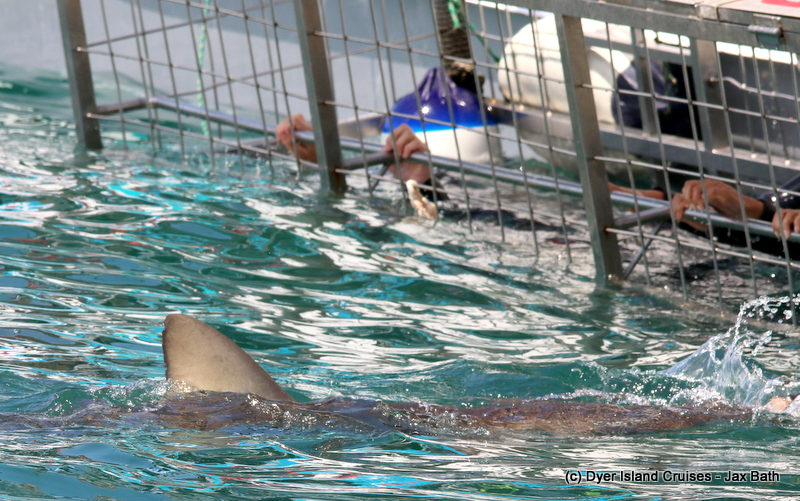 Divers getting a good look at this Bronzie. 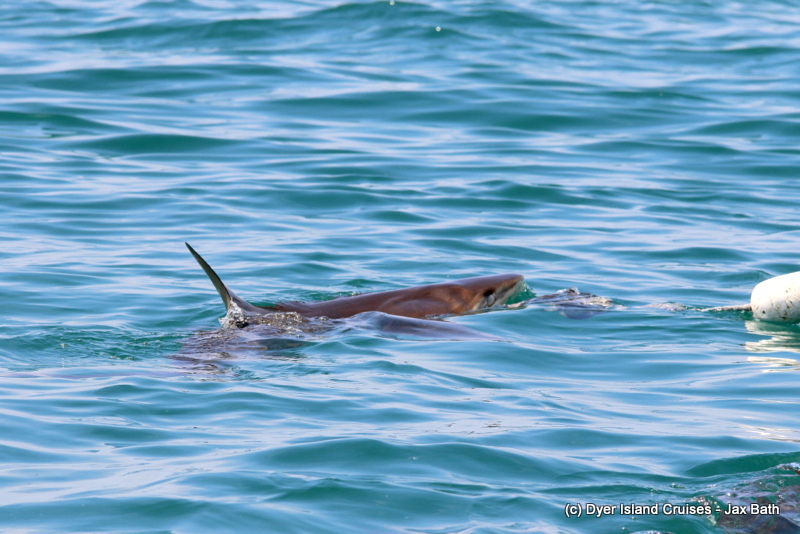 A Bronze Whaler rolls it’s nictitating membrane over its eye whilst investigating. 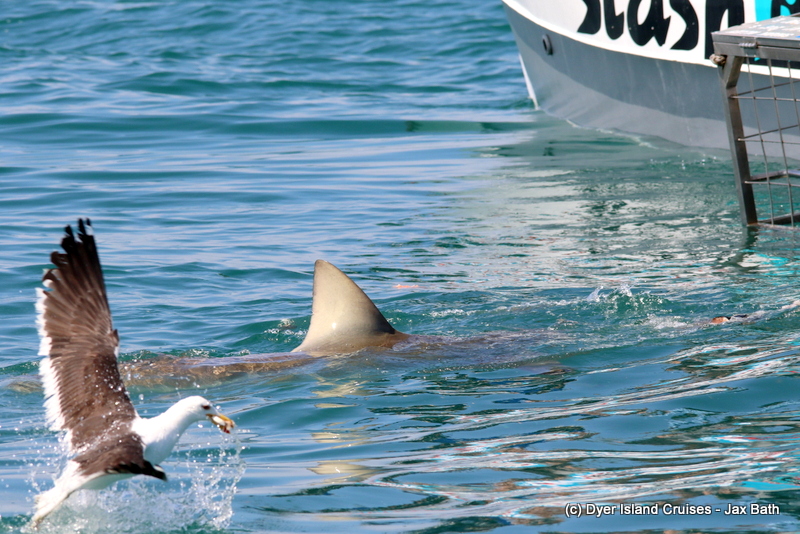 A Copper Shark, also known as a Bronze Whaler. 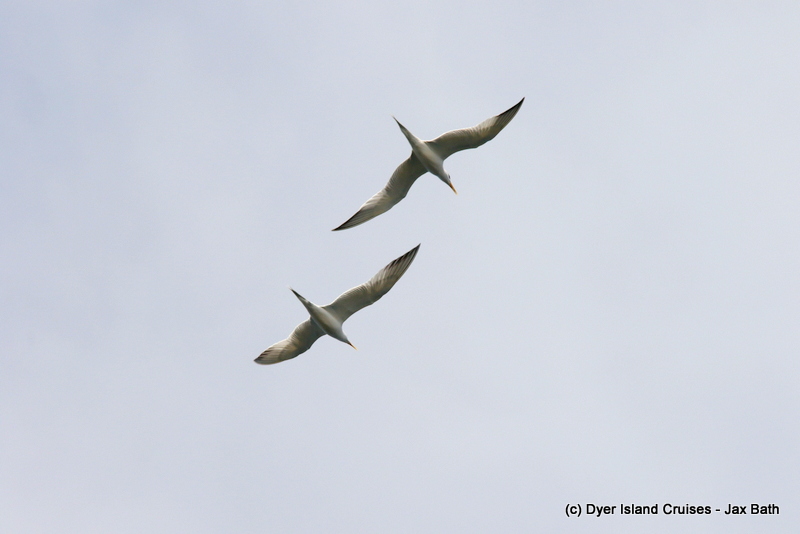 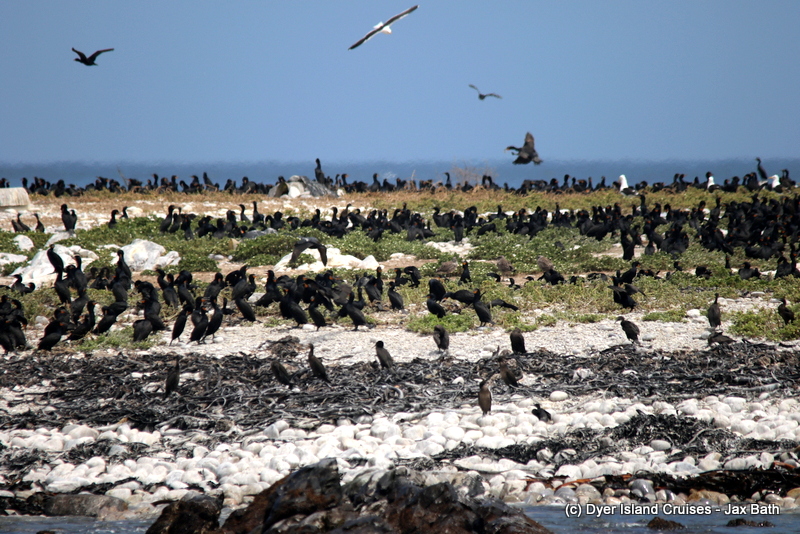 The Cape Cormorants of Dyer Island. 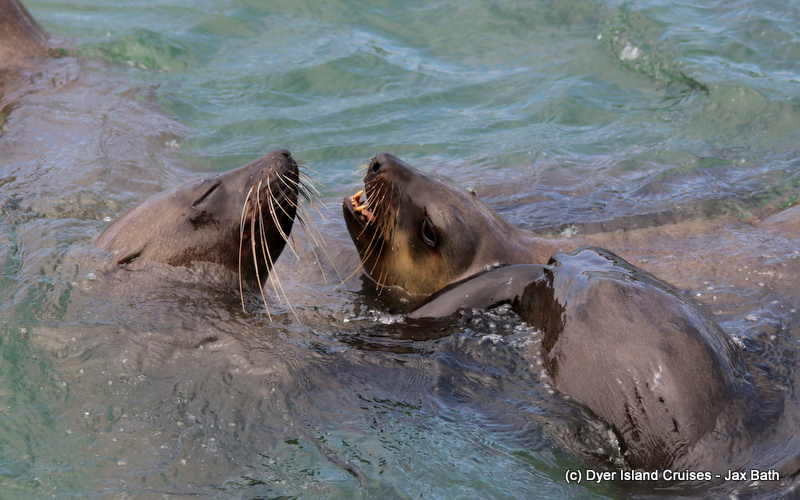 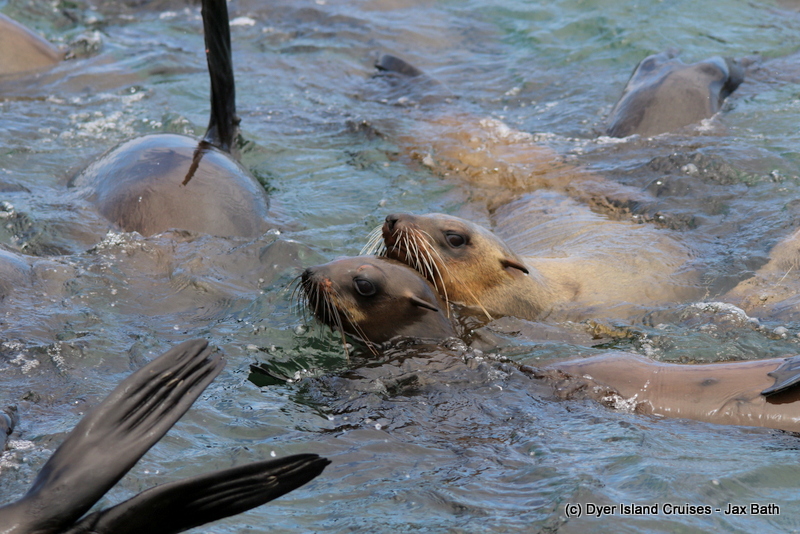 Seals checking us out. 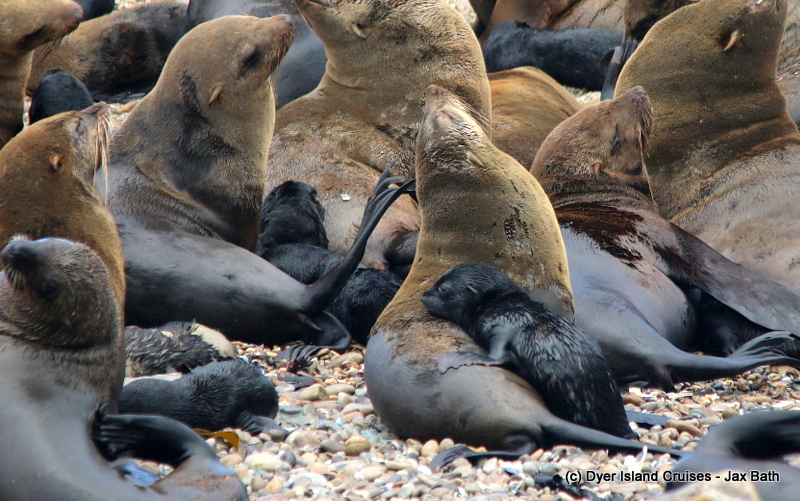 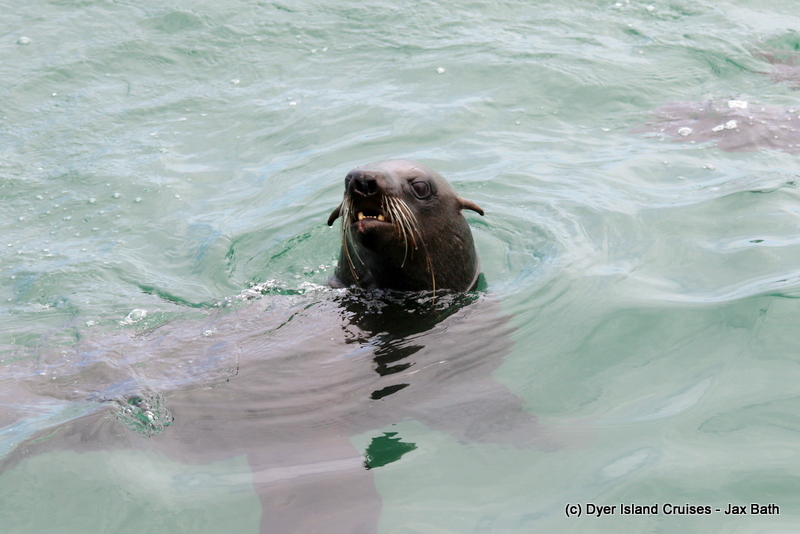 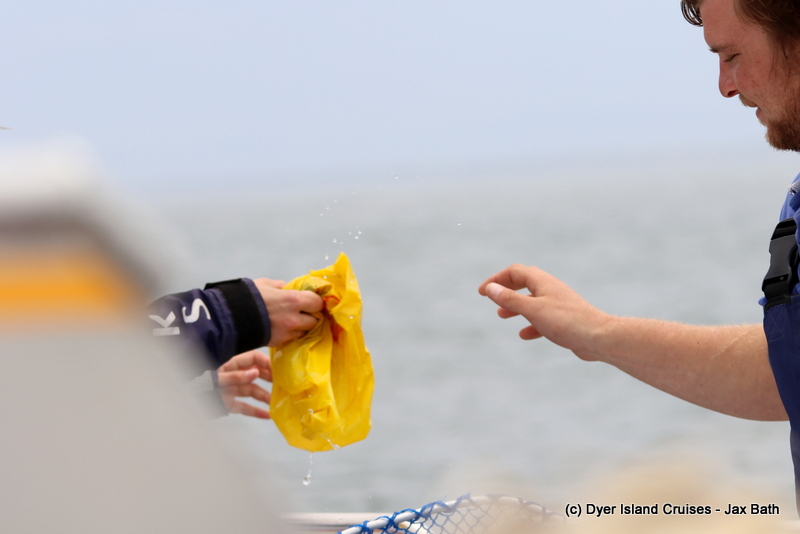 Plastic picked up during our tour. 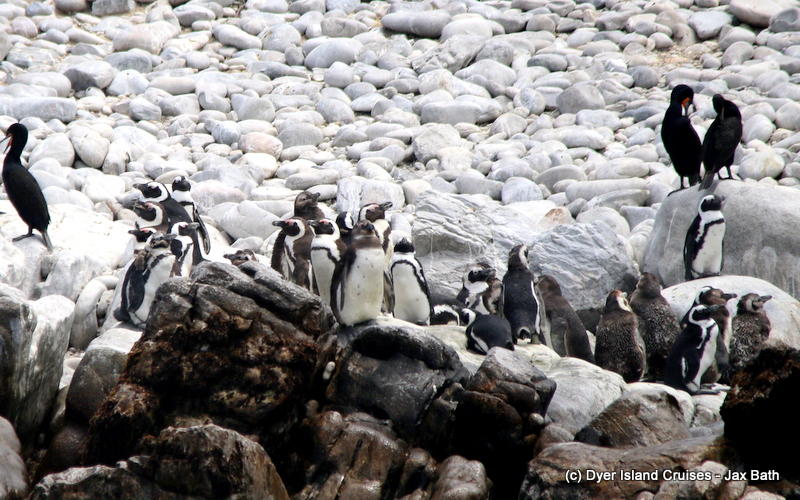 A closer look at Africa’s only penguin species. 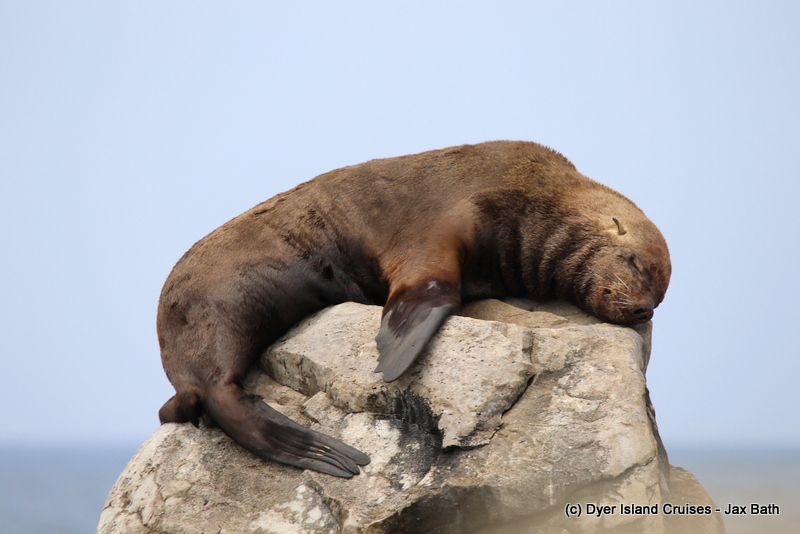 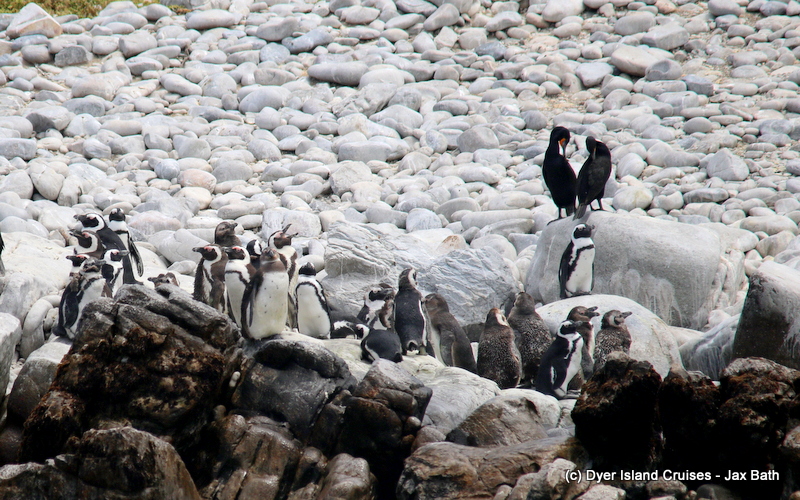 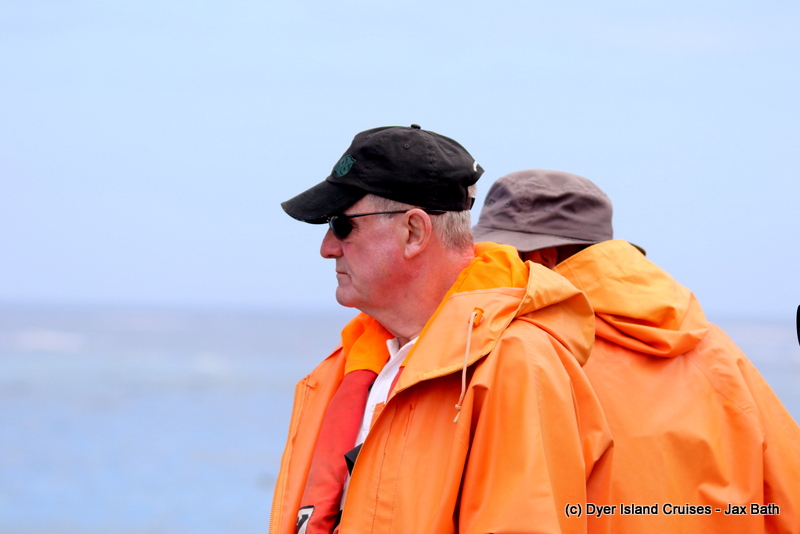