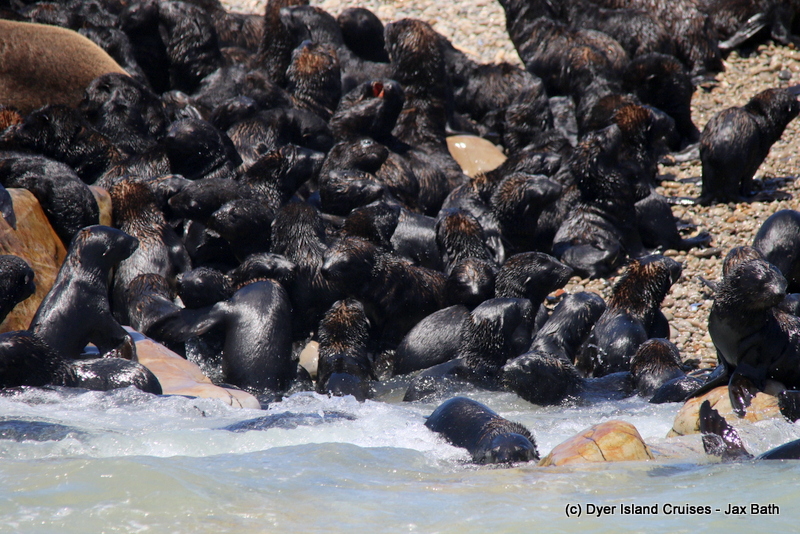 With a southerly breeze coming in to keep us cool, we set out today on 2 marine Safari’s, doing a round trip through the bay, starting off in shallow water and then travelling along the reef systems towards Dyer Island. The weather is still holding up although we had just a bit of swell running through as we travelled into the shallower areas of our bay.

On both tours, we had a great stop at Slashfin where we got to see some larger Copper Sharks come up to the surface. Although the visibly is gorgeous in other areas of the bay, it seems as though an algae bloom has contributed to Jouberts dam looking a little murky, though we were in luck as the sharks would emerge out the water, launching themselves out, which allowed us to get some great views of them.

We stopped along The Clyde reef system on both tours today, taking a moment to look at the kelp around us and talk a little more about this plant, which forms part of the stable diet of creatures such as abalone. It also provides protection for many of the bays smaller residents, so we then cruised along towards our island systems to check out our birds and seals there.

On the first tour of the day, we got to see some African Penguins in the water, with a raft going out to do some fishing. On the second tour we had to put on our eagle eyes as we looked for the Penguins between the Cape Cormorants in Sponge Bay. A highlight of both tours was our stop at our Cape Fur Seal colony, where many seals had descended into the water for some relief from the sun. 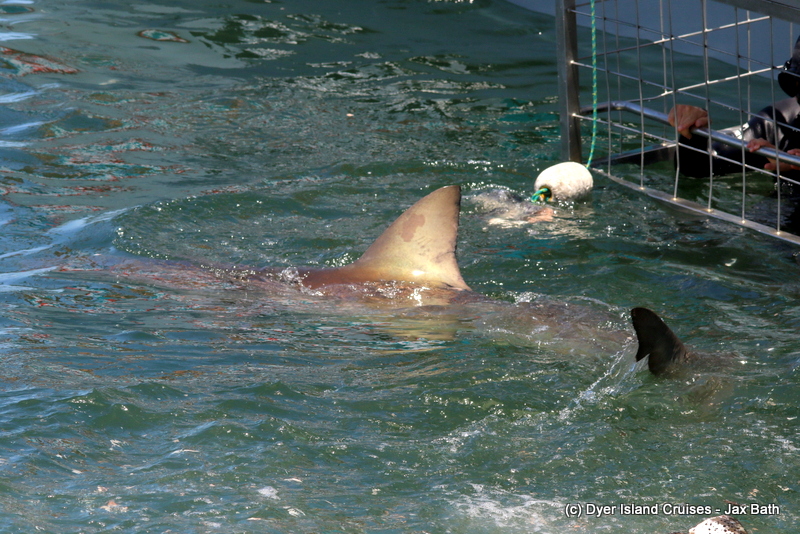 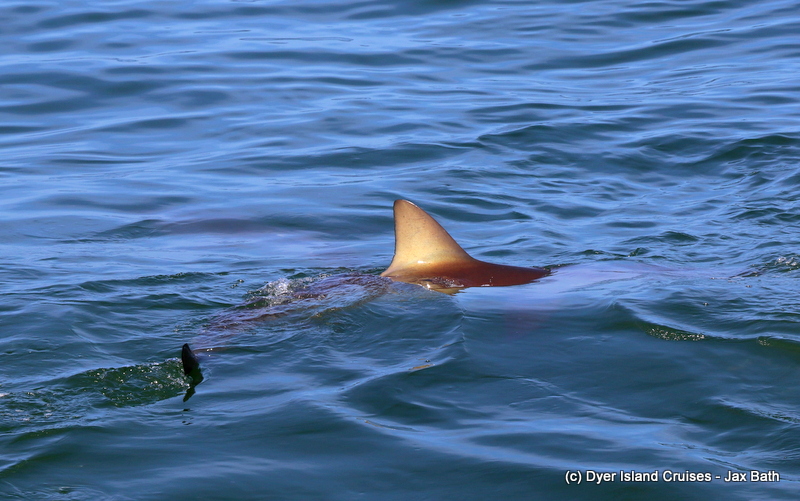 These Bronzies get their name from their gorgeous skin colouration. 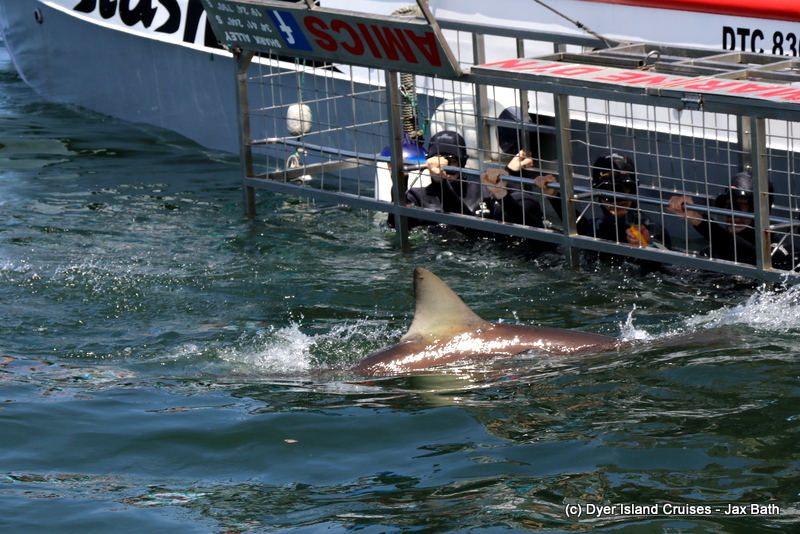 Giving The divers a thrill. 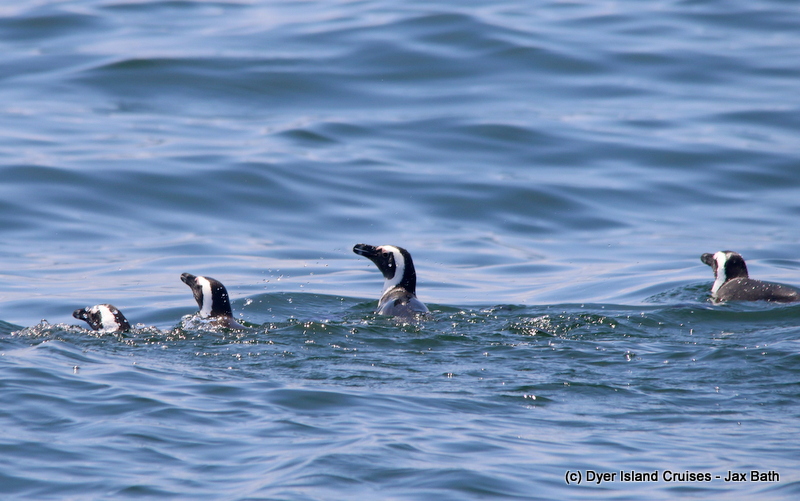 A Raft of African Penguins in the water. 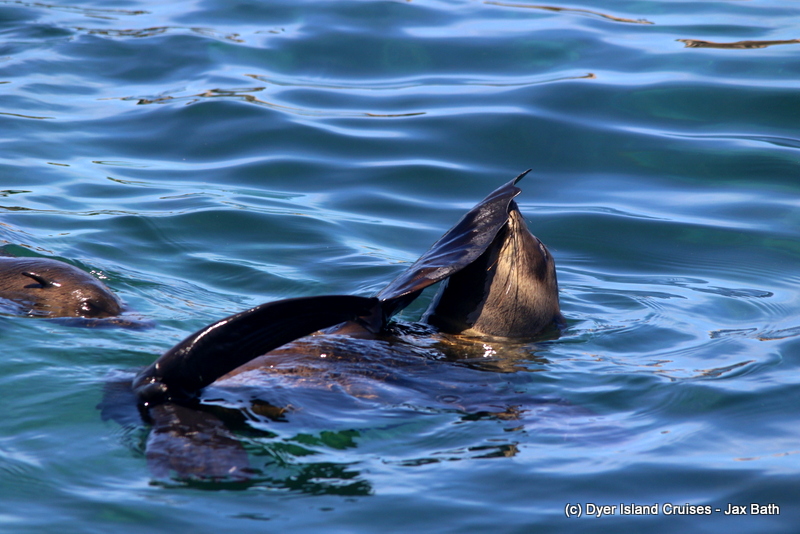 Our little pups growing bigger by the day. 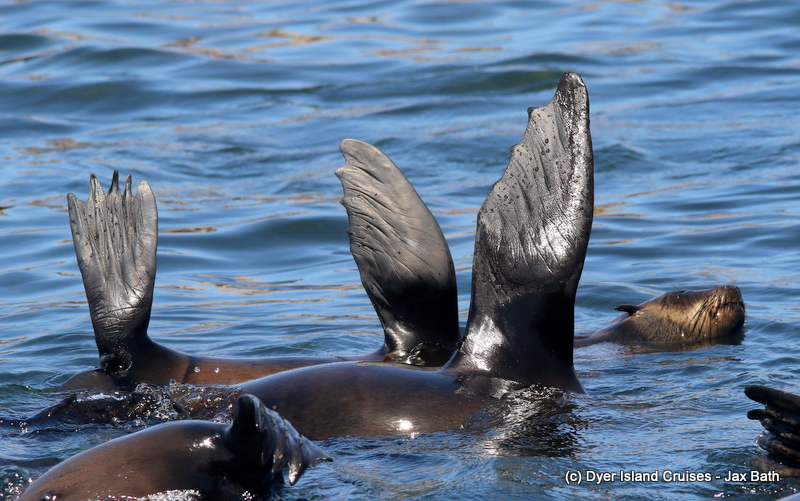 Thermoregulation, when the seals use their flippers for cooling down. 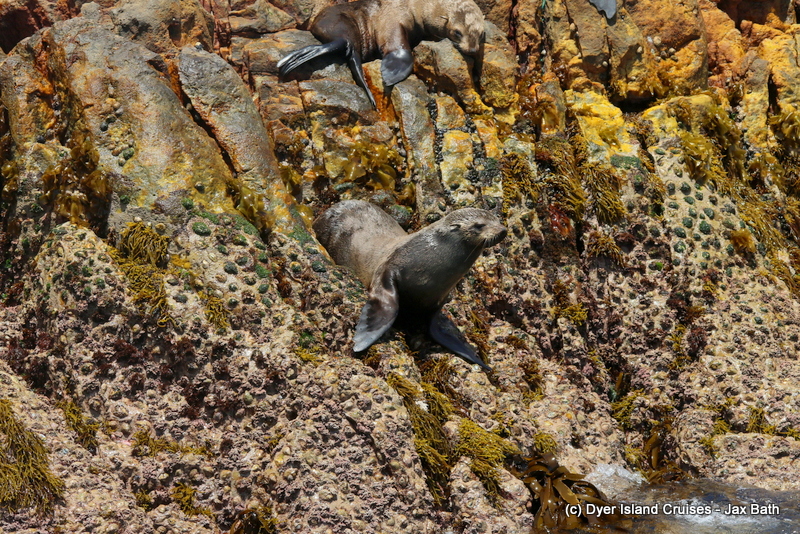 A seal about to take a slip and slide into the water. 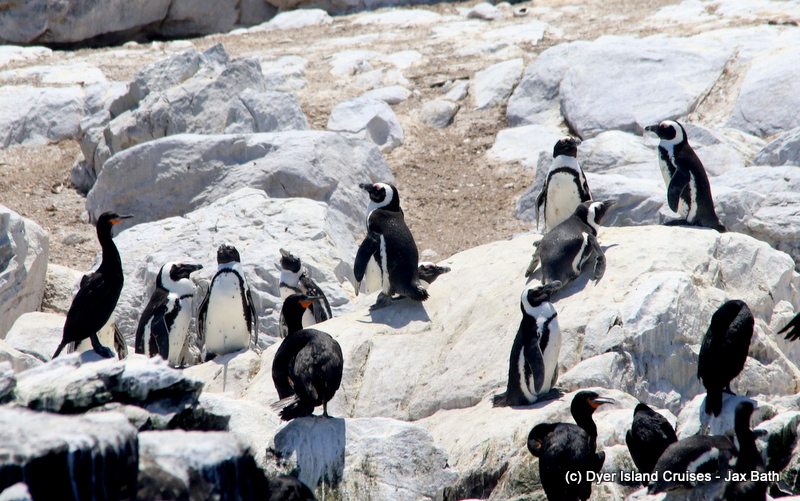 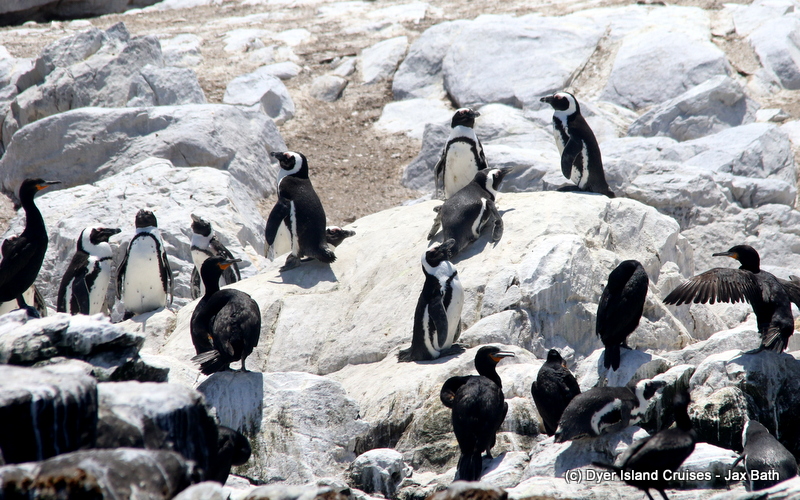 The African Penguins of Dyer Island.