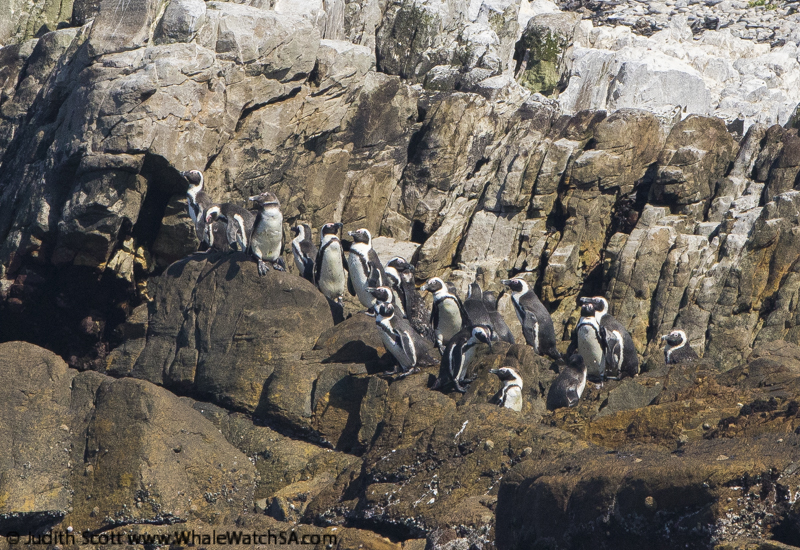 Today was a day filled with African Penguin sightings, which was really a treat. We also had some awesome whales around, got to see a couple of Copper Sharks and of course gave the Cape Fur Seals over at Geyser Rock a visit!

We embarked on 3 trips, setting out from Gansbaai harbour early in the morning and heading around Danger Point to get towards Geyser Rock to where our Cape Fur Seals live. We spent some time with the seals before moving into Sponge Bay where we had a lovely time spotting African Penguins sitting just above the waterline of the island, where the guano covered rocks meet the dark boulders.  We then moved over towards the shark cage diving boats where we got to see a Bronze Whaler Shark, which are also known as Copper Sharks. We left the best for last, finding some Southern Right whales in the shallow water. We watched these gentle giants as they moved with the swell and were left it awe by their sheer size. One of the highlights of this trip was a breaching calf which we caught up with just before stopping at Slashfin.

Trip 2 also got lucky, spotting the marine big 5 out there on a picture perfect sea day. We had fun travelling around the bay, doing some whale watching off the beach of Uilenkraalsmond. Here, we sometimes see the whales in only 4m of water, and they seem to really enjoy this shallow region. We went on to see some beautiful Copper Sharks, Cape Fur Seals and were once again treated to the sight of many African Penguins.

During  Trip 3, the mist came over very rapidly, which is quite unusual for our bay, we were watching the whales when it first happened and it was definitely a thrilling experience to be surrounded by mist whist whale watching. We also caught up with the last shark cage diving trip of the day, catching a quick view of the Copper Sharks before stopping in Sponge Bay. In Sponge Bay, we got to watch some penguins do some waddling, after which we head on over into world famous waters for our seals. To end the tour, we were treated to the amazing sight of a brindle whale calf playing with some Cape Fur Seal pups. This little white whale seemed to be having a ball with his tiny friends, and this was without a doubt a trip to remember. 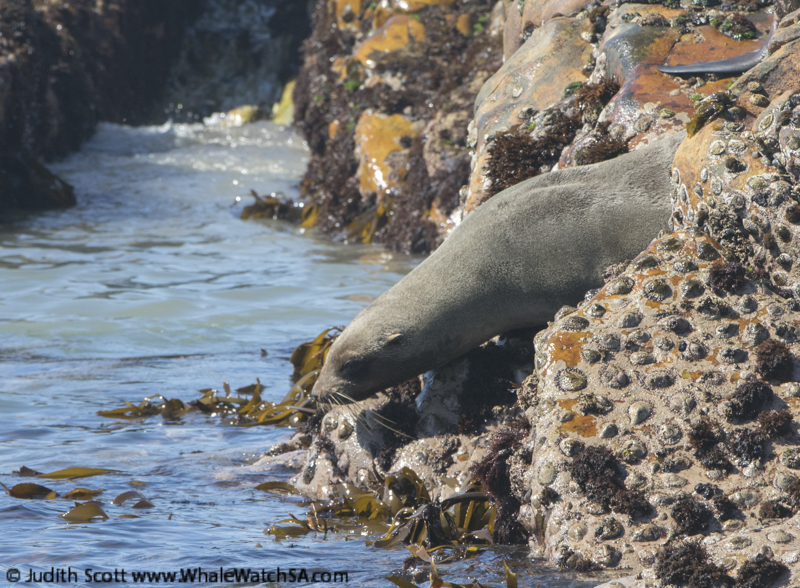 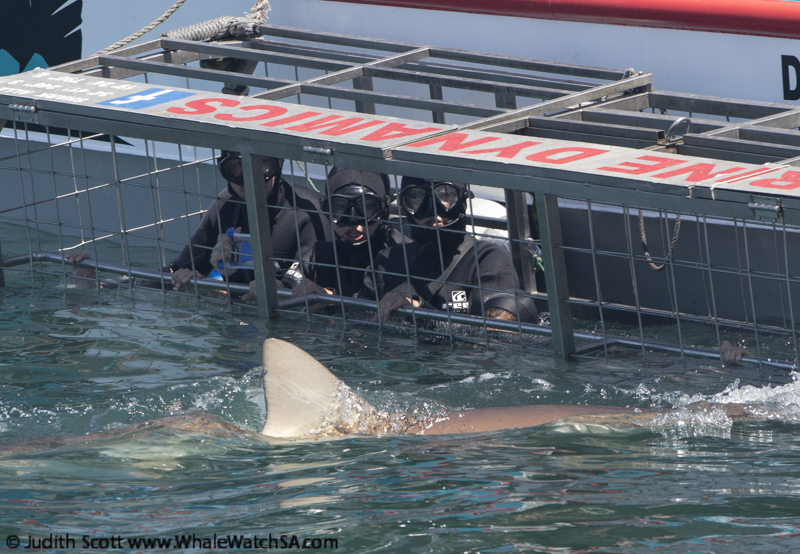 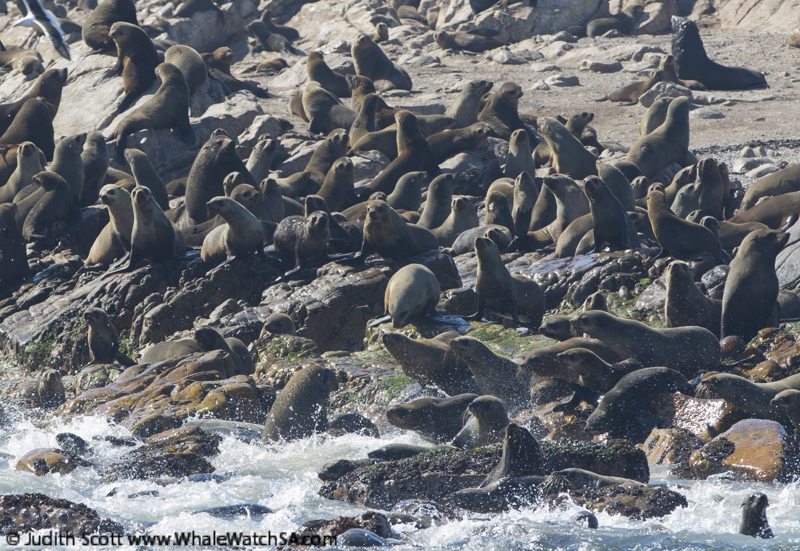 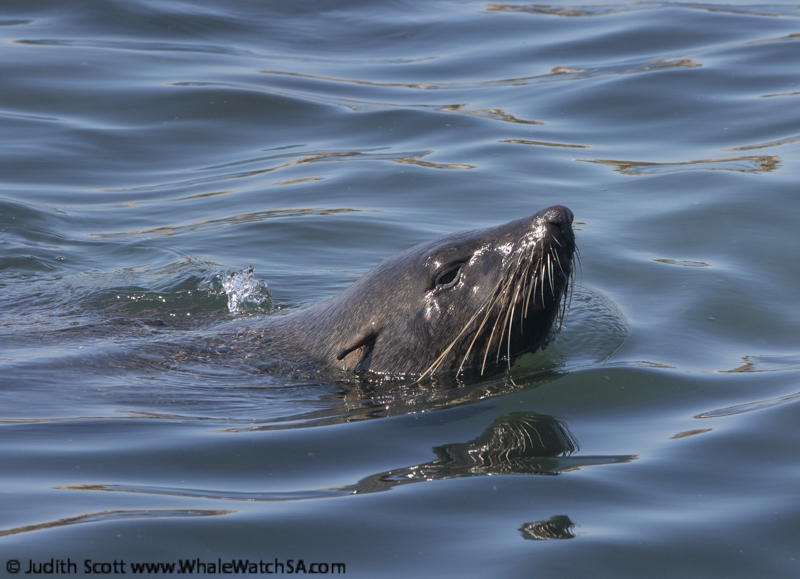 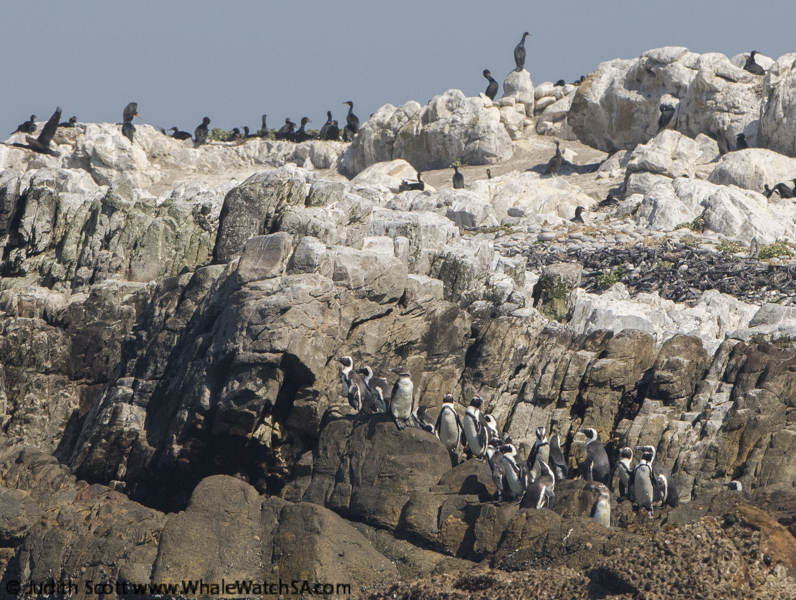 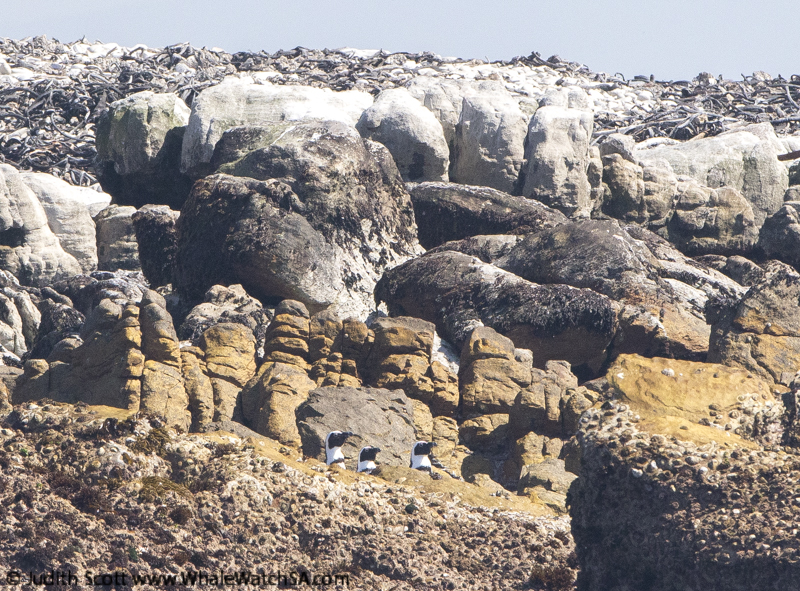 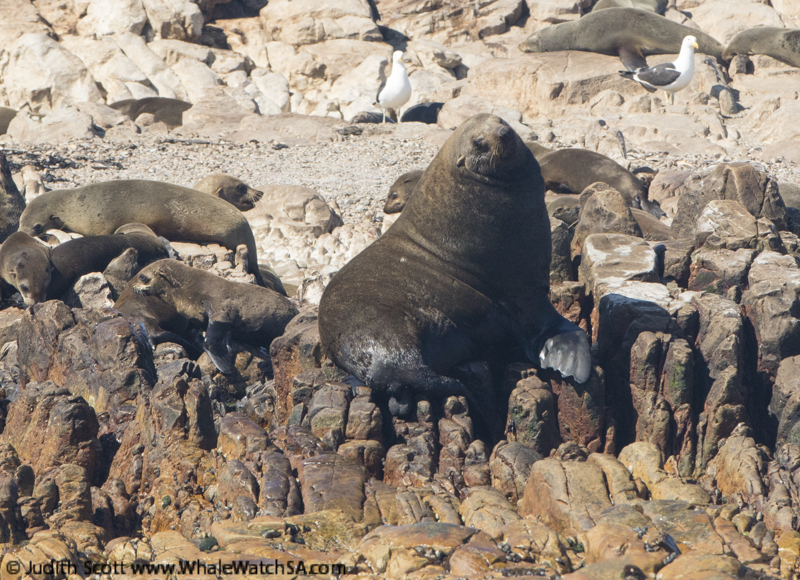 A big group of African penguins 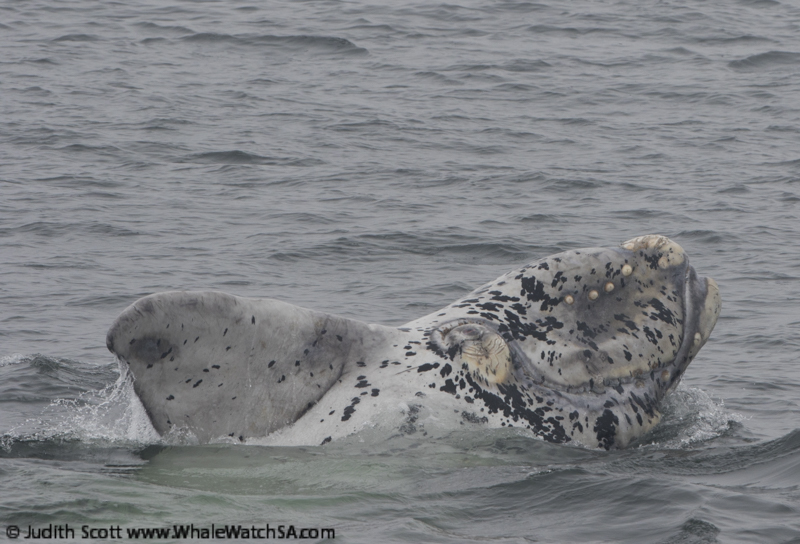 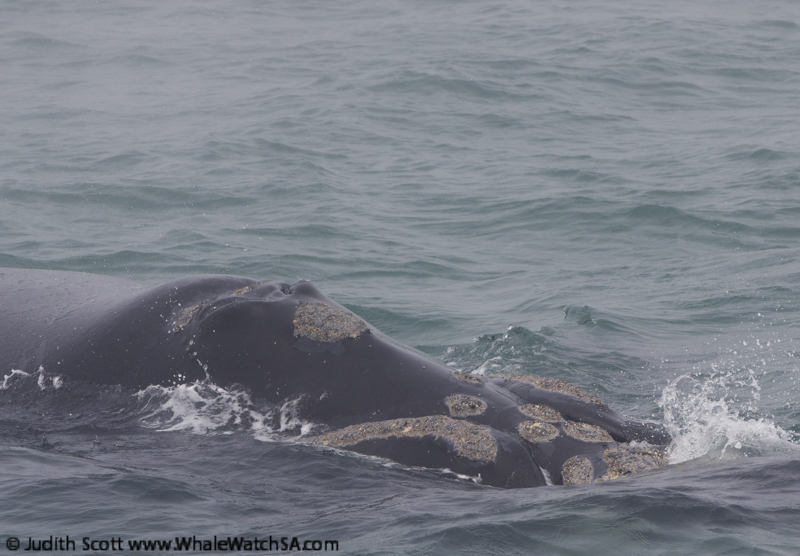 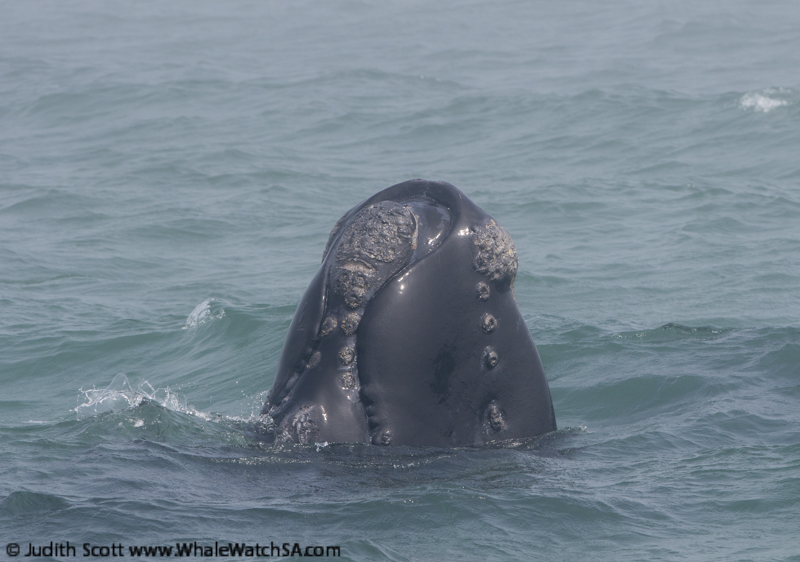 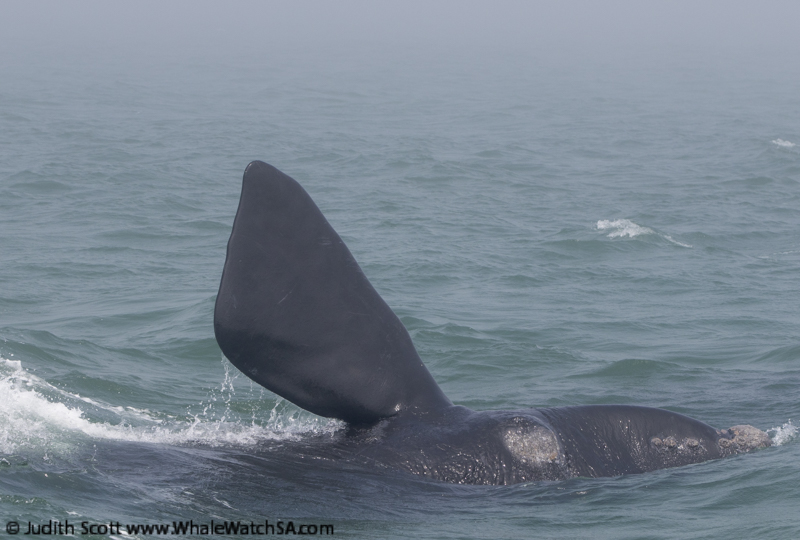 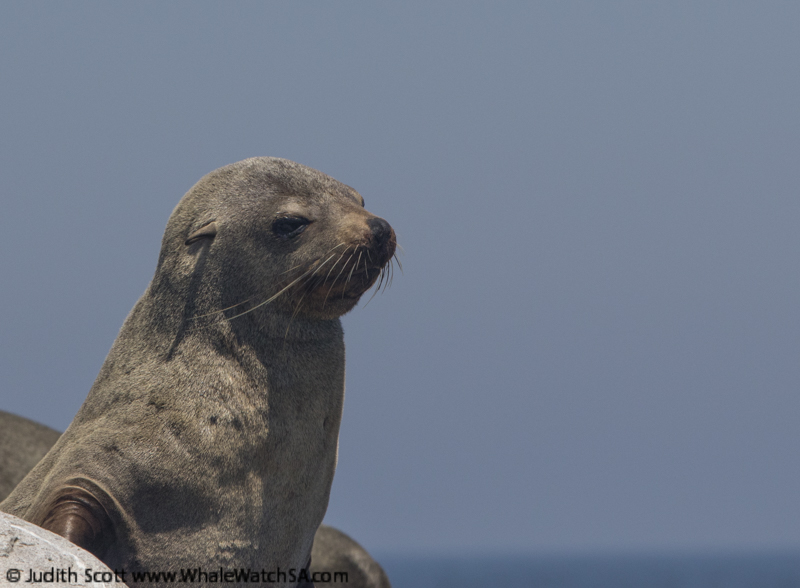 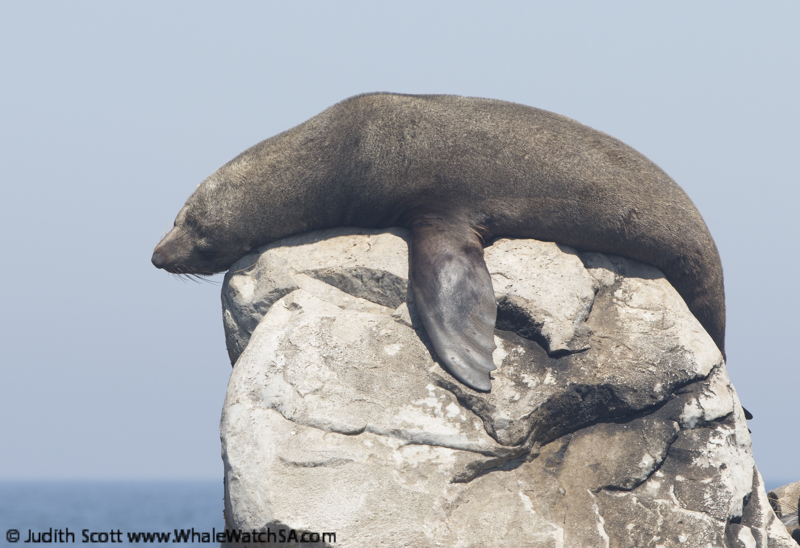 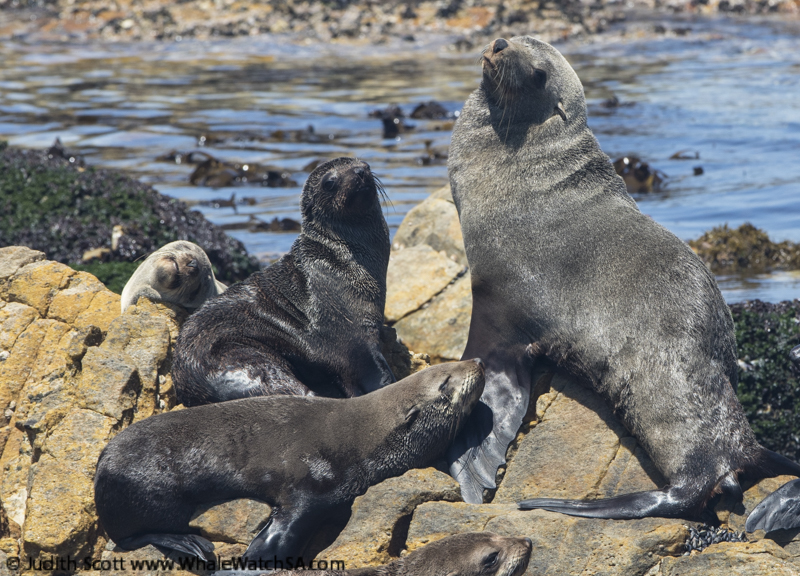 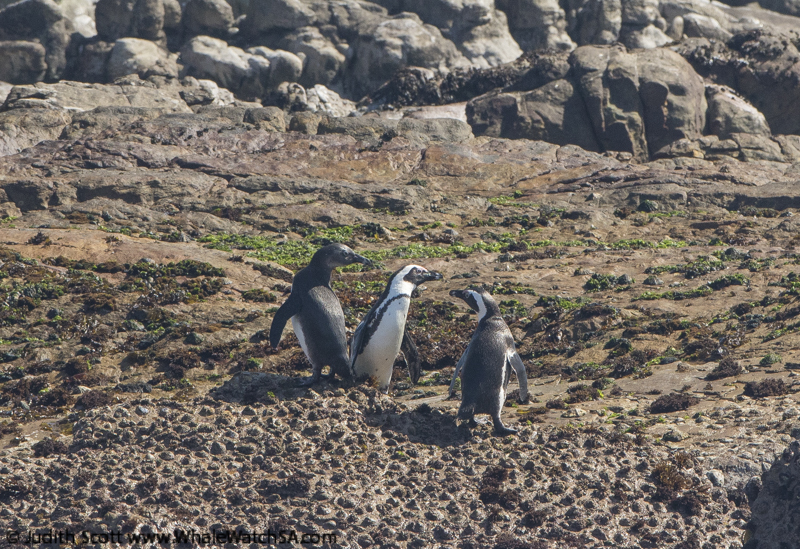 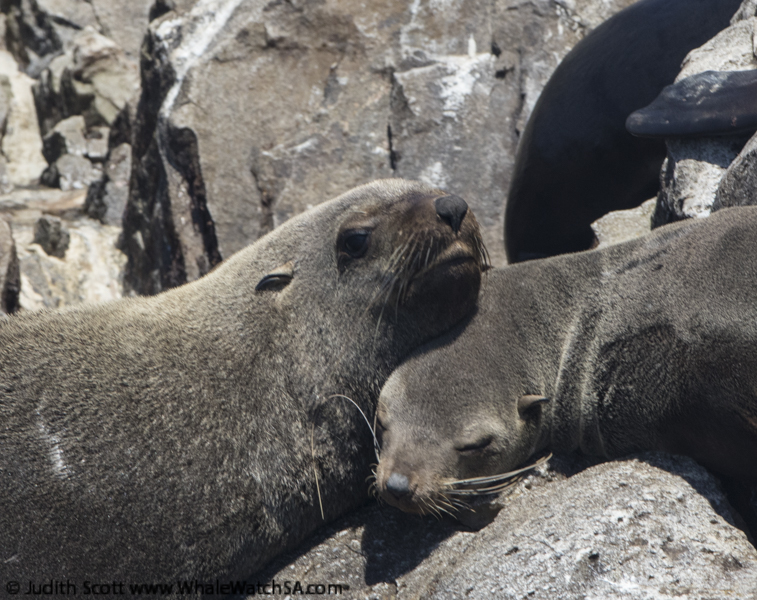 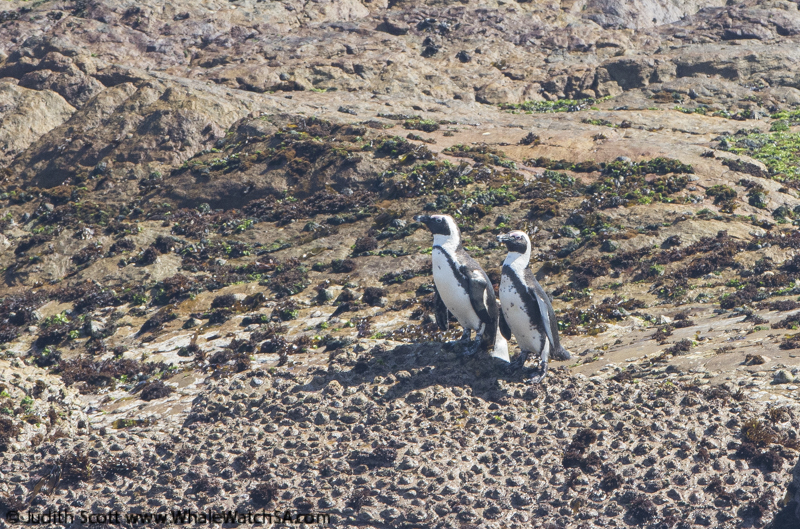 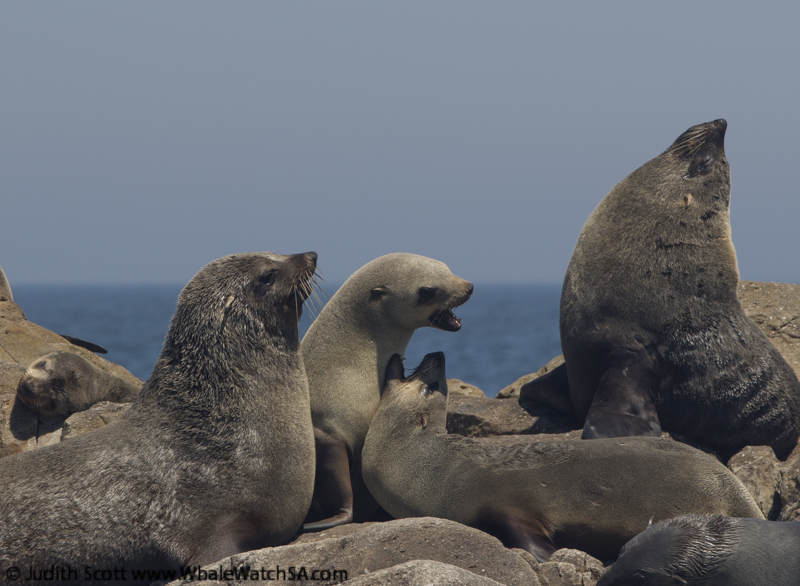 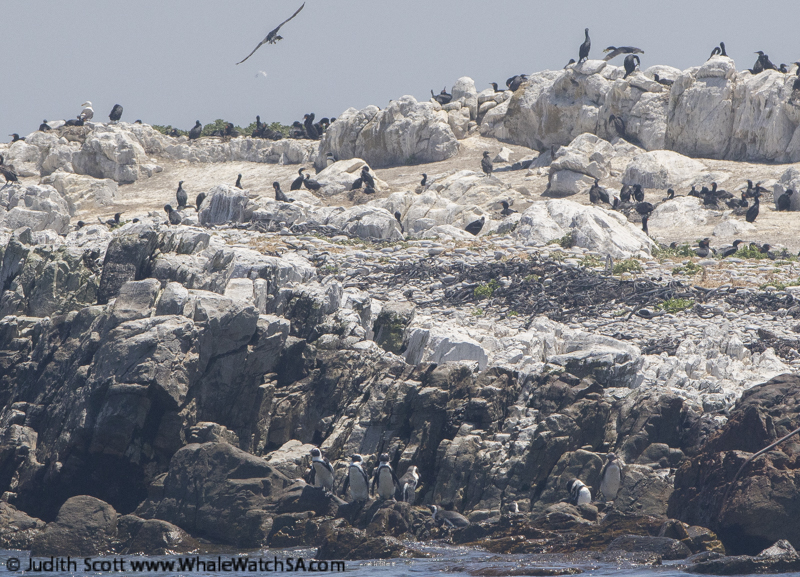 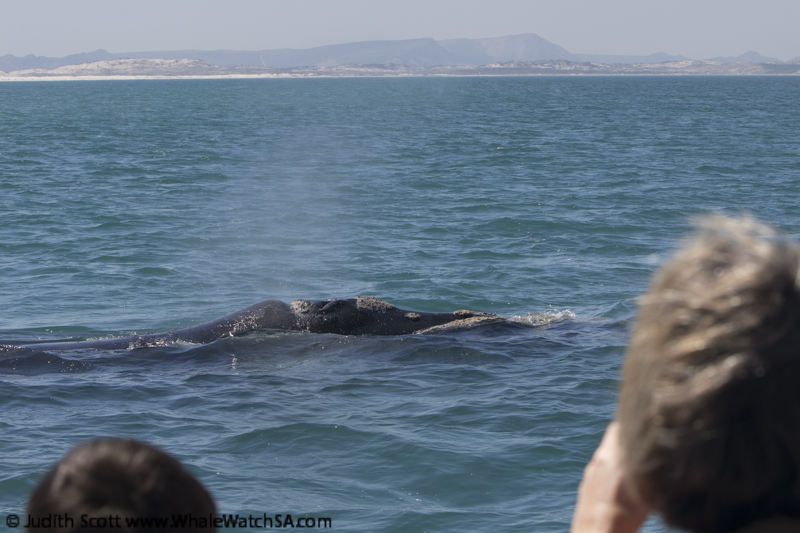 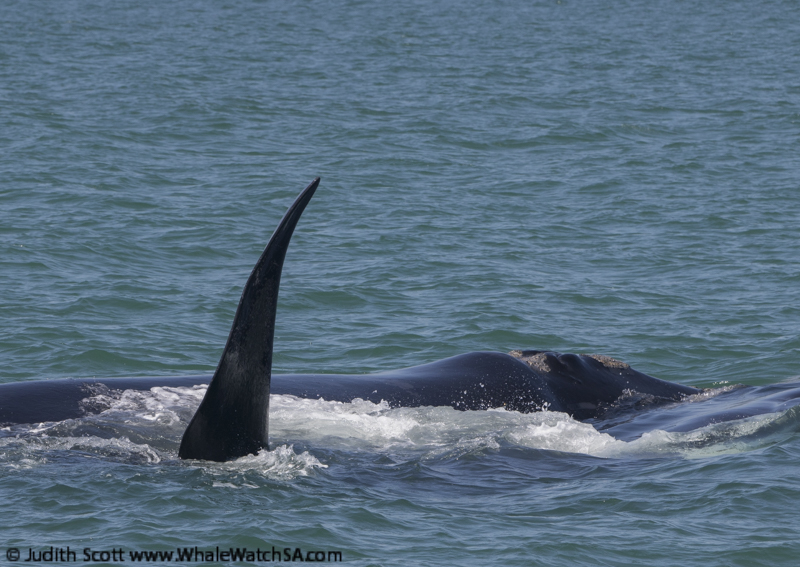 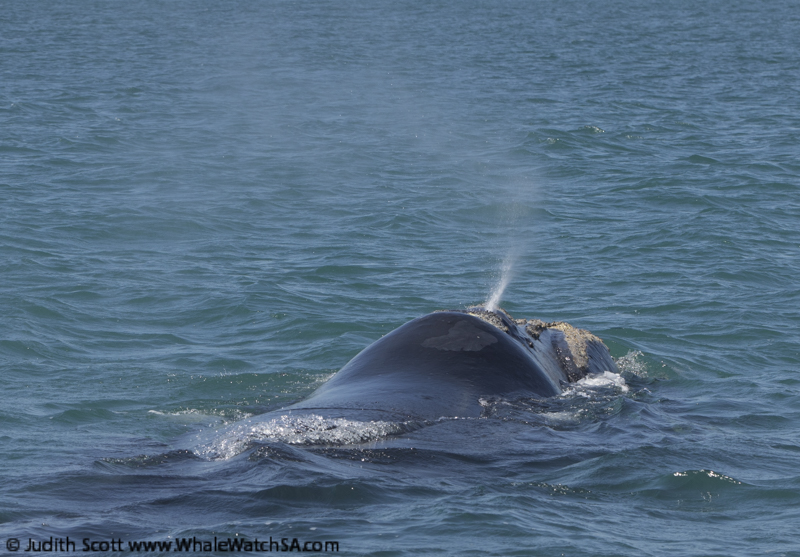 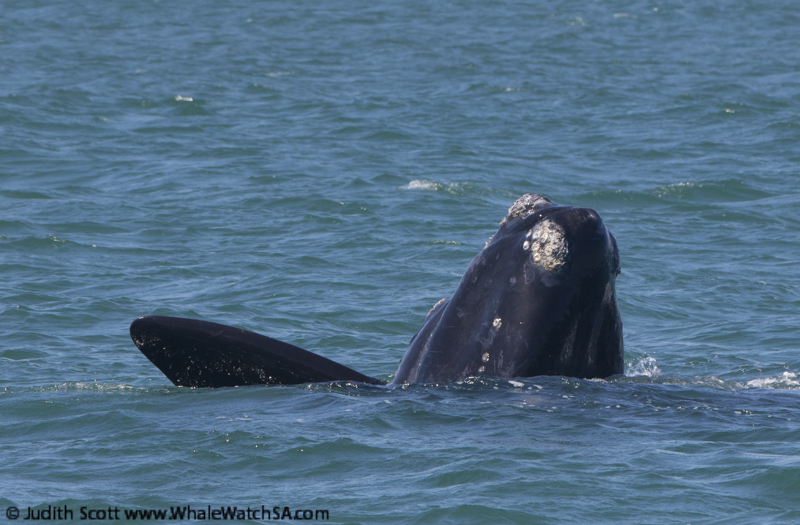