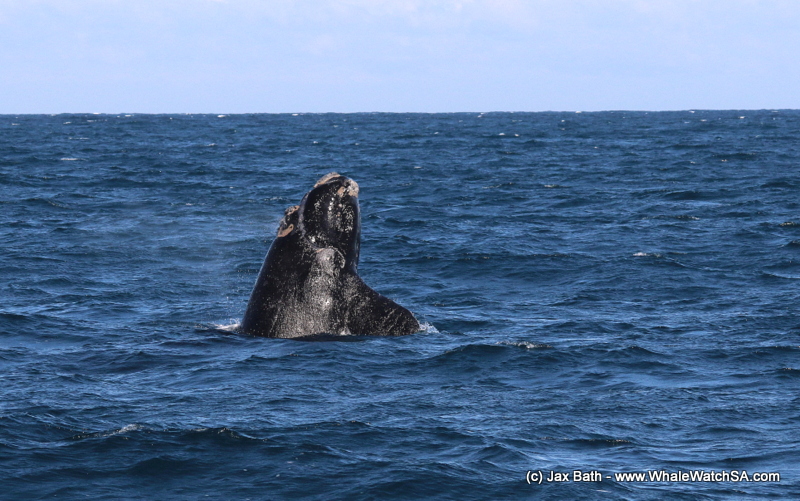 There were a lot of cow, calf pairs around today. We had 2 lovely tours out and we set out on both with a light westerly wind blowing. This was not predicted but it was so light it only managed to add a bit of chill to the air, which was quickly counteracted by the piping hot soup of the Great White House.

Trip  1 launched at 10 and we set off into the bay, moving along the coast towards the recently opened Uilenkraalsmond Estuary Mouth. We did not have to travel long before finding a female Southern Right travelling with her calf. We spent a few moments with these animals but, they were on the move, so we decided to head off and take a stop at the estuary. Here, we spotted yet another mom and baby and spent some time with them.

As soon as they picked up on us, they made a B-line for the boat to check us out. This carried on for around 10 minutes before we head off and travelled over The Clyde reef system. After The Clyde, another pair of Southern Right Whales popped up, with one very active baby. This little one gave us a couple of breaches, to the delight of all onboard.

On this tour, we also went on to see our seals who were cuddling over on Geyser Rock as well as some African Penguins sitting on Dyer Island.

Our next tour took as straight to Pearly Beach where we had at least 4 groups of whales around. On the way, we spotted a large raft of African Penguins in the water. The first group of whales that we encountered was a mom, calf and a juvenile hanging together. It’s not too often that we get to see juveniles come up, and it was interesting to see how this one seemed to favor hanging around this pair. We watched them for a bit and got an up-close experience with them as they moved to the back of our boat.

We head a little further down next, moving deeper into Pearly Beach and spotting one very playful calf, who was doing some flipper slapping. We also did some travelling with a couple of single adults before setting our course for the islands. We cruised passed Geyser Rock a few times and took in the sight of our silly Cape Fur Seals before heading back. 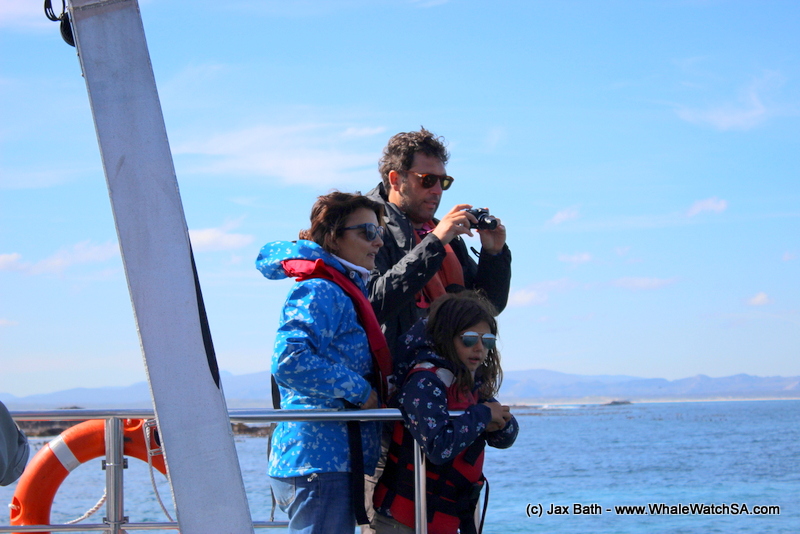 Checking out the seals. 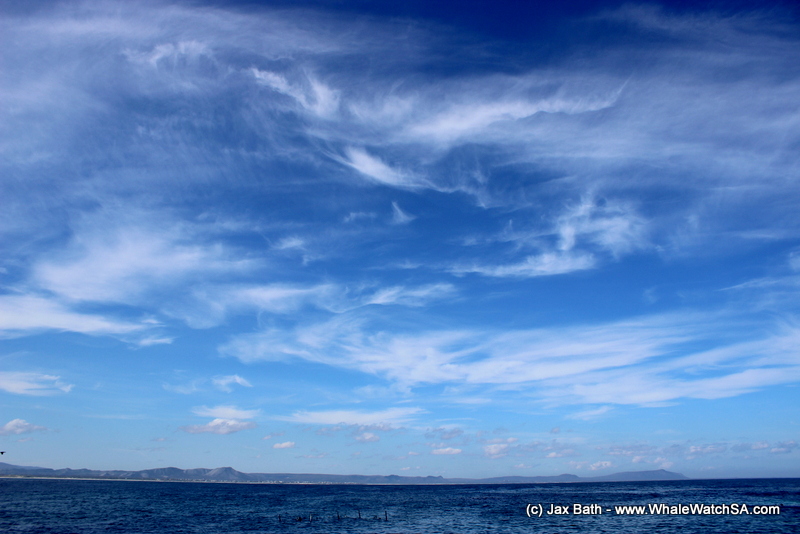 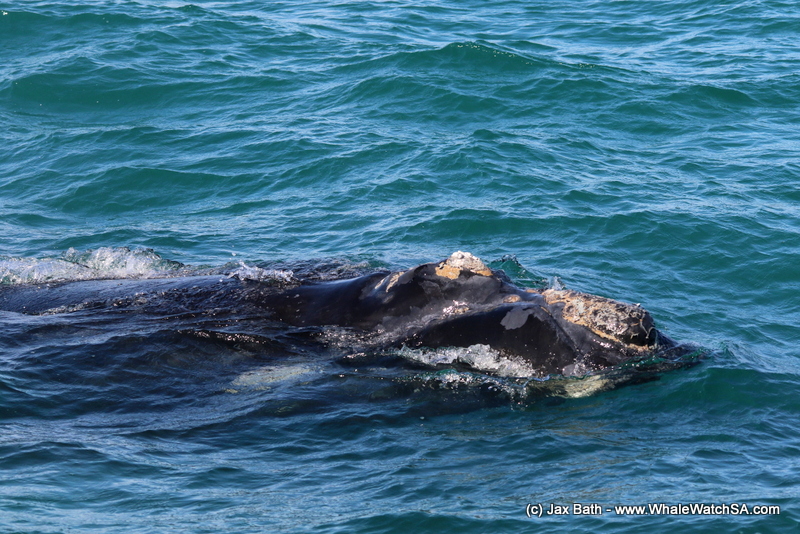 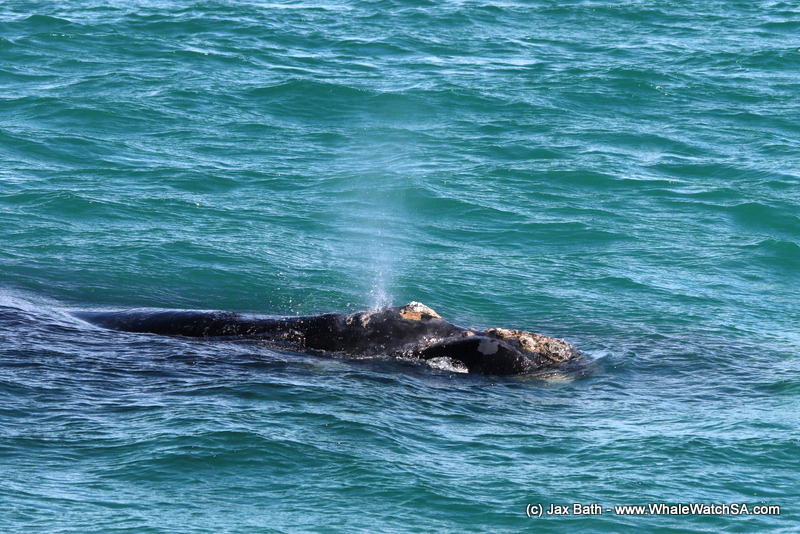 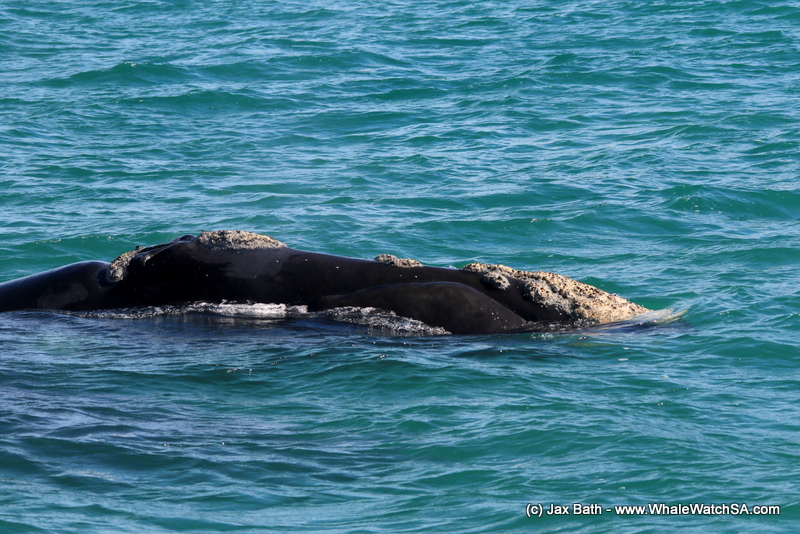 A closer look at mom. 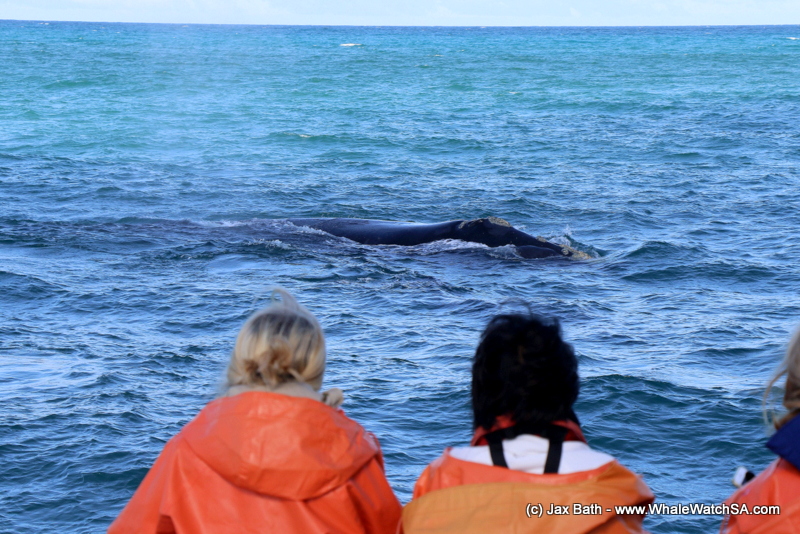 Mom and Calf checking out our boat. 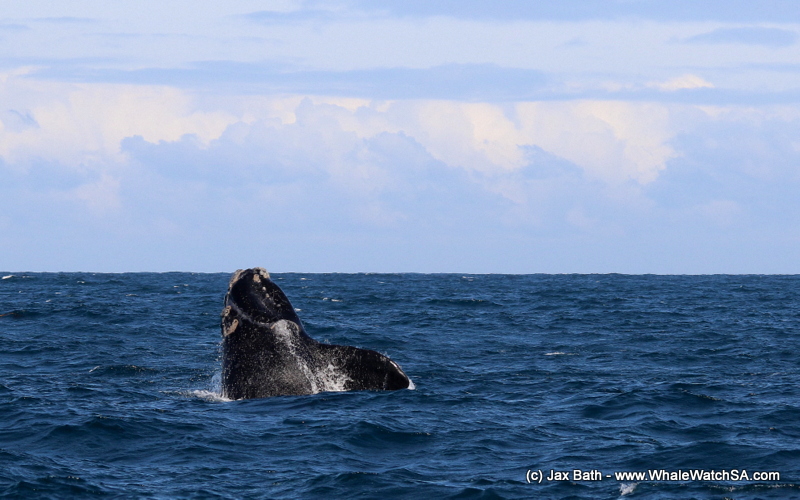 The little one gave us a few breaches to enjoy before returning to mom. 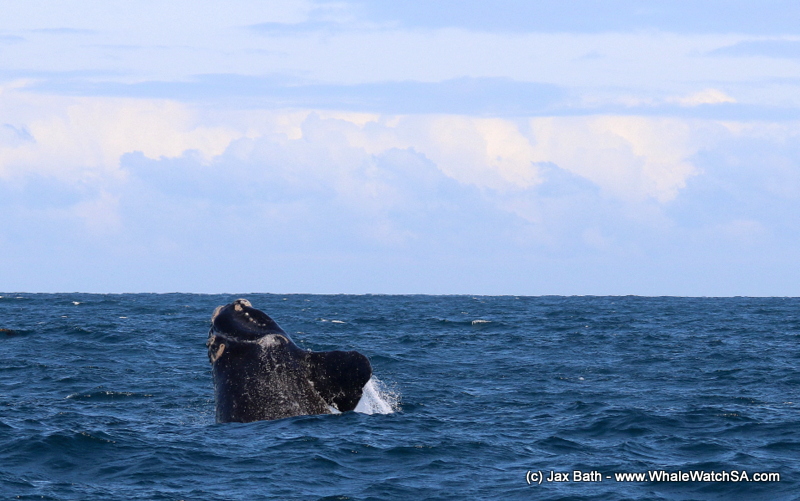 A little bit of Southern Right fun in the sun. 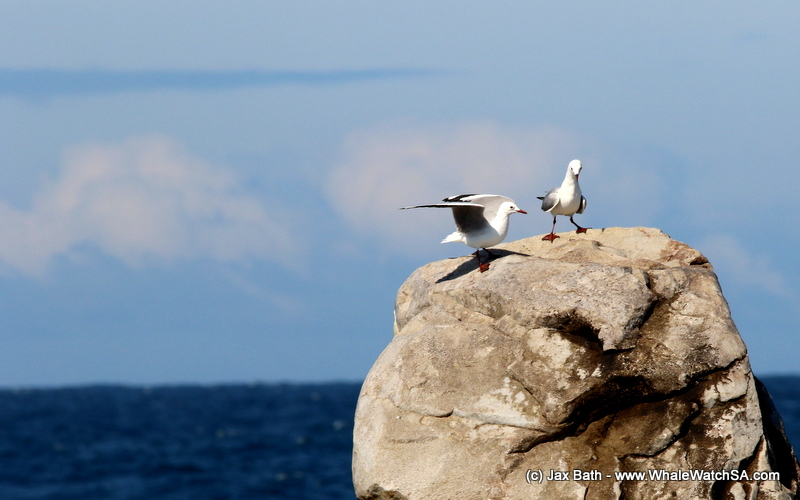 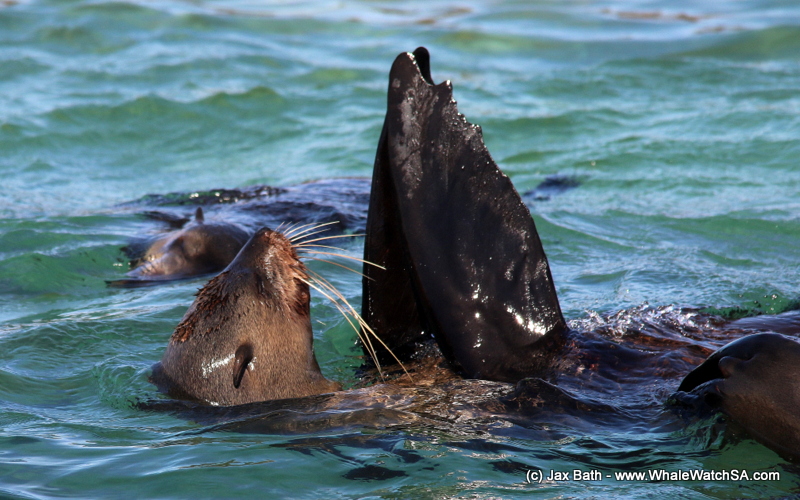 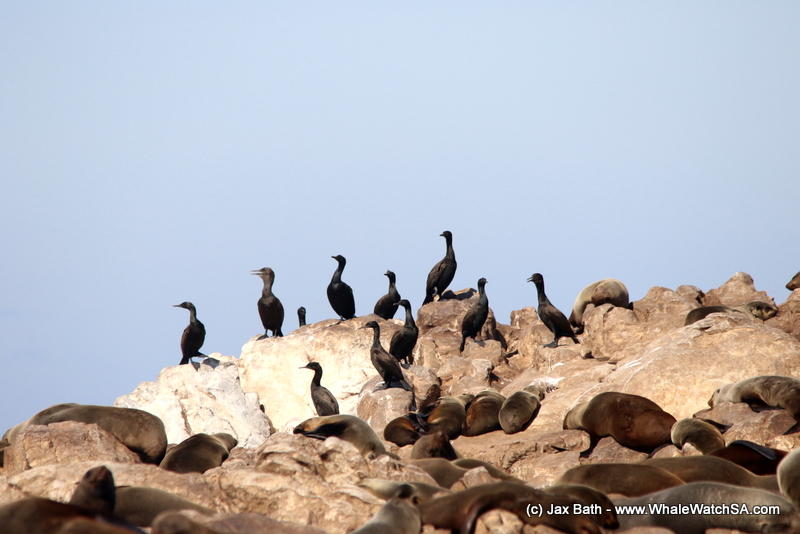 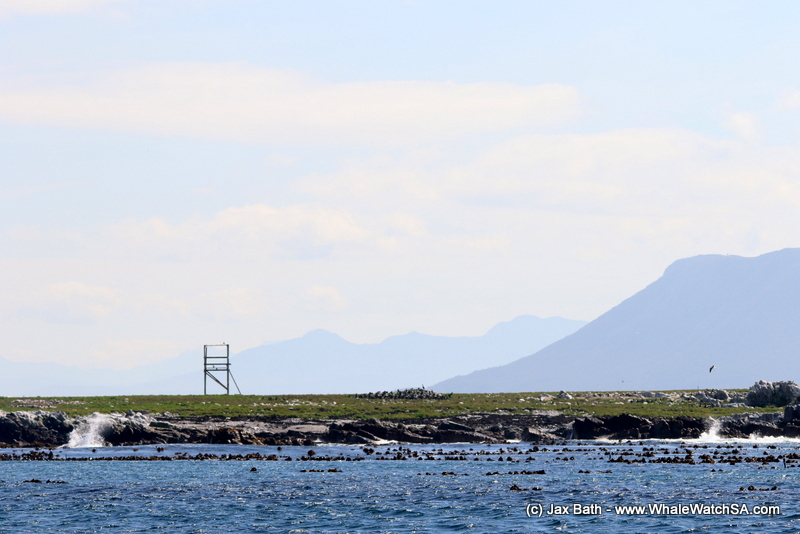 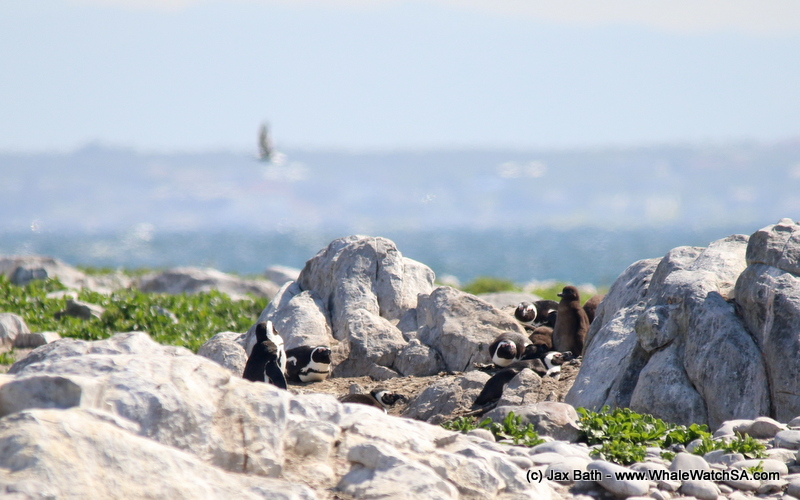 African Penguins – including a fluffy little chick – in Sponge Bay. 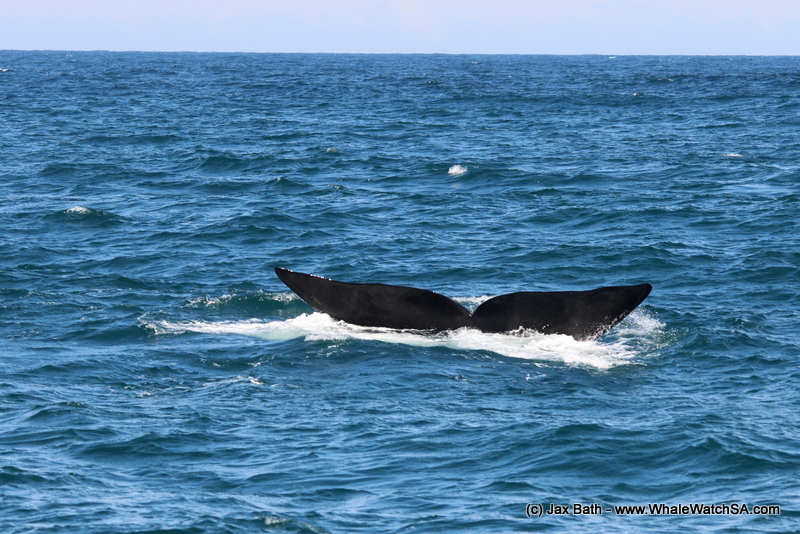 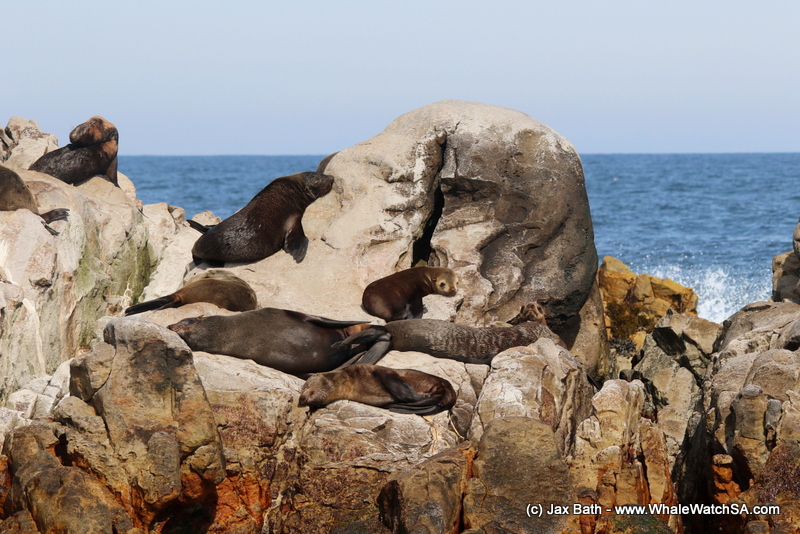 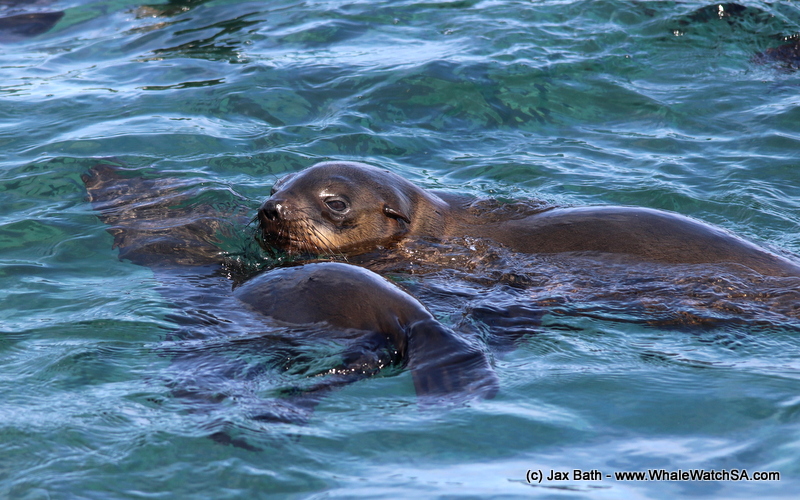 Hiding behind a friend and having a look. 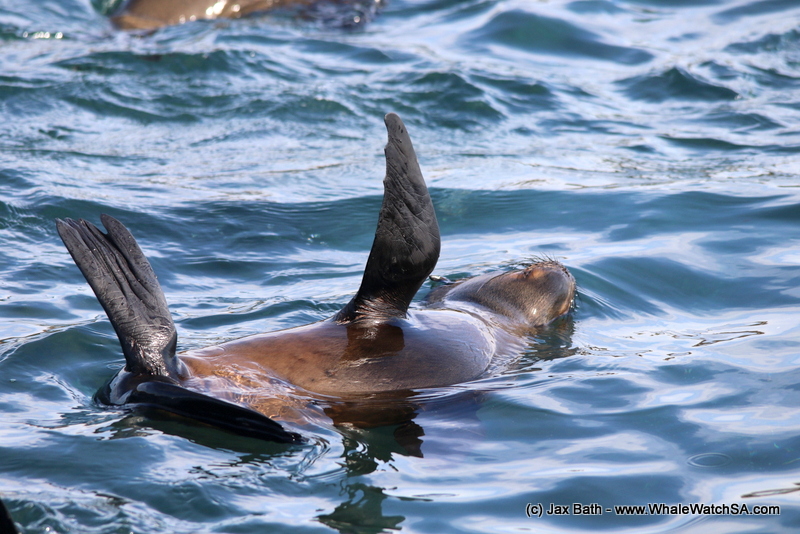 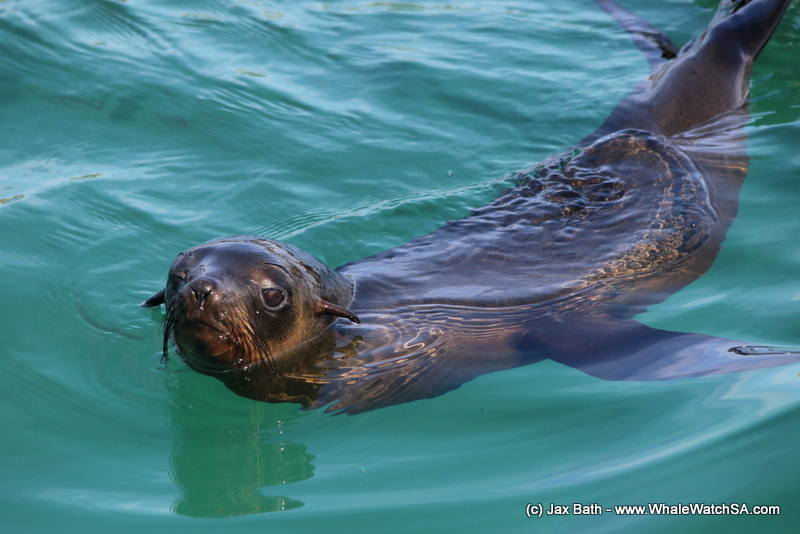 A curious little one checking us out.