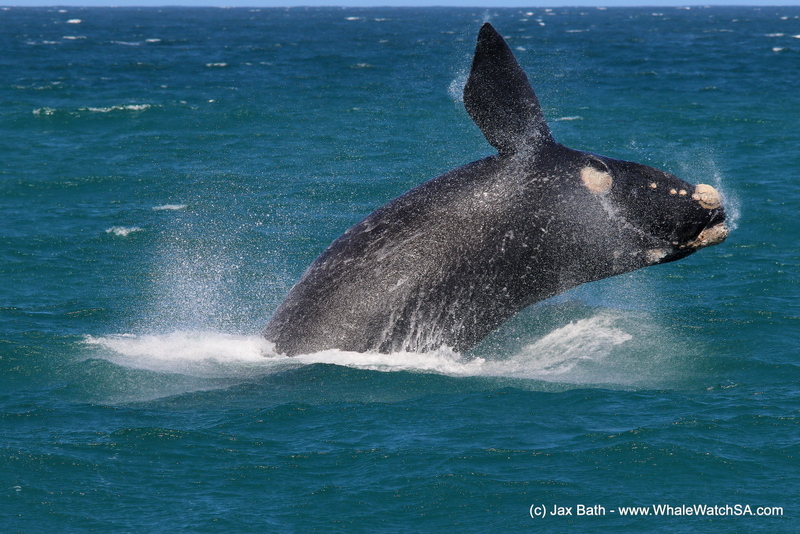 One of the most common questions on our boat is “Do you have the best job in the world?”.  Sometimes, people seem a bit shocked when my immediate answer is “yes, absolutely” but I hope that the pictures below illustrate why that is not even a question. Working at sea as a wonderous combination of meeting incredible people and seeing mind blowing things and today, we were truly spoiled by what we got to see.

Our first tour launched from Gansbaai due to the spring tide, which meant that we had to travel around the scenic Danger Point as we head into our own bay. On the way, we spotted a few African penguins travelling through the water and we watched them come up a few times before heading on towards Shark Alley.

Here, the Cape Fur Seals were playful as ever. Between seals having arguments and those who preferred to fool around in the water, there was action all around and we had a lovely time watching them go about their business before setting our sights on Pearly Beach.

This area serves as a nursery for the Southern Right Whales, and we’ve been seeing a lot of babies in the area lately. These calves have a lot to learn before heading down to the krill rich feeding grounds of Sub Antarctica, and they will learn many of these lessons in our waters. Just like in humans, play is a great way to learn new skills and we’re very fortunate to get to see this in action.

When we arrived in the shallows of Pearly Beach, we found 3 cow, calf pairs hanging about, we did some travelling with one pair before being treated to the sighting of a lifetime. A very active baby began by doing some half-hearted breaches, which quickly turned into full on lob tailing. This behavior is also known as tail slapping and it is one of the most awe-inspiring things that a person can see. The whale will often stick out half of its body as it lifts its tail, before bringing it crashing down onto the water. The movement of the water around the tail looks like modern works of art and the sound that this activity makes could not be more impressive. This calf lob tailed all throughout the rest of the sighting, taking some time out to play with the other whales in between before continuing.

Trip 2 also started off with a bang with a breaching Southern Right Whale calf stealing the show. This baby was enjoying the easterly wind we had blowing, and was playing the fool around mom all the while they were travelling. You could see when the baby was getting ready to breach as the tail would go up before baby erupted from the milky blue water. At this size, baby is already weighing in at over a ton and seeing that body hit the water is a super impressive sight. Babies sometimes breach just to have a bit of fun, and this was certainly the highlight of our afternoon tour. We went on to see some African Penguins just in front of Dyer Island, as well as the Cape Fur Seals of Geyser Rock before heading on back into Kleinbaai Harbour. 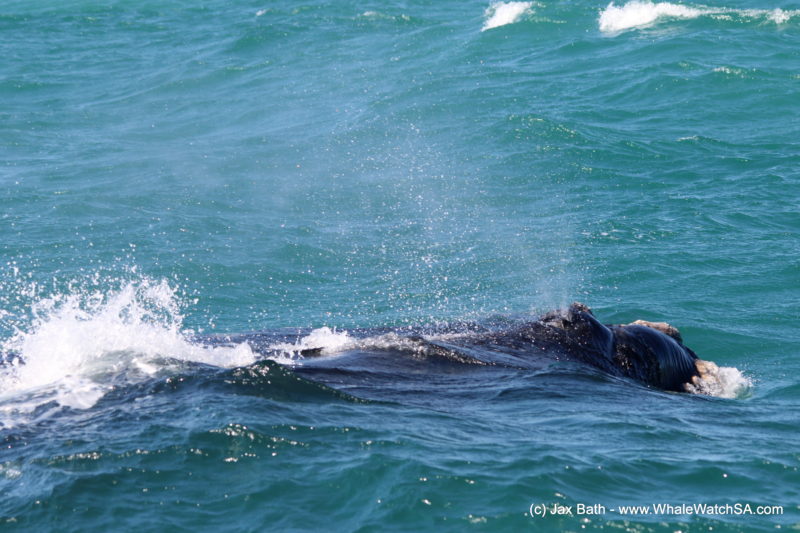 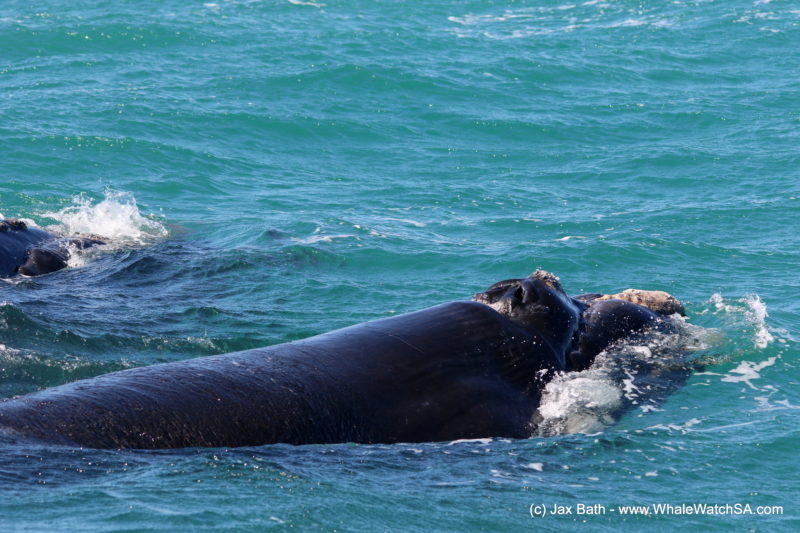 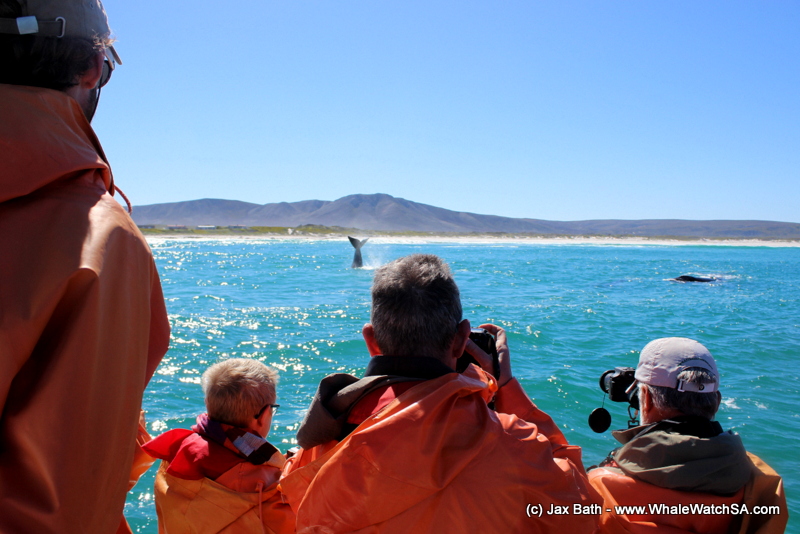 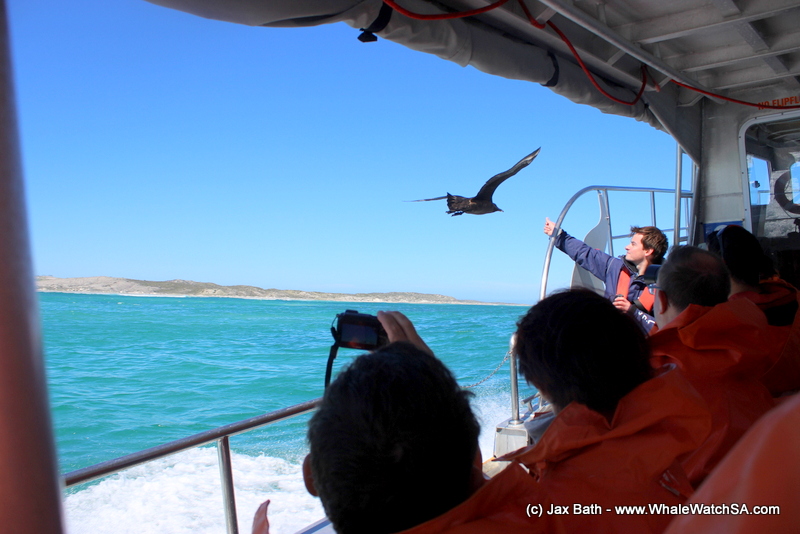 A curious Sub Antarctic Skua comes in for a closer look. 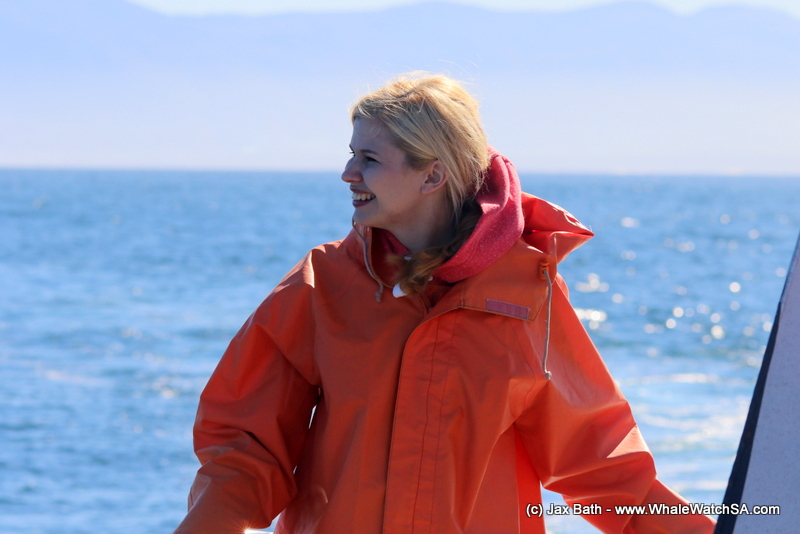 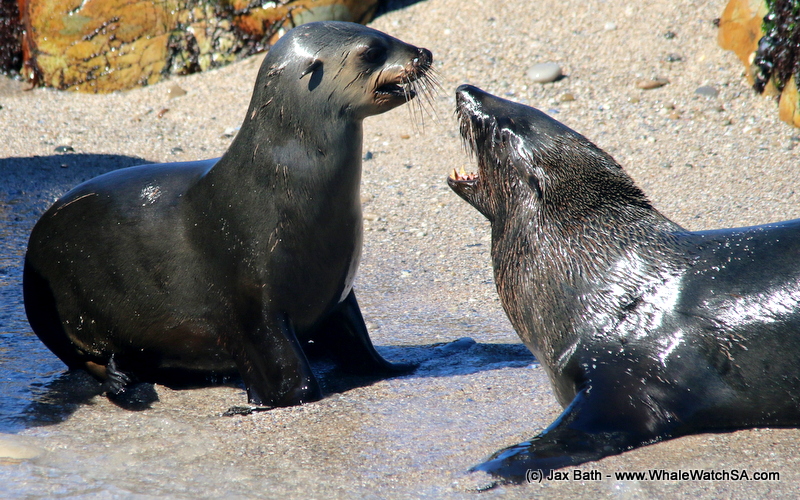 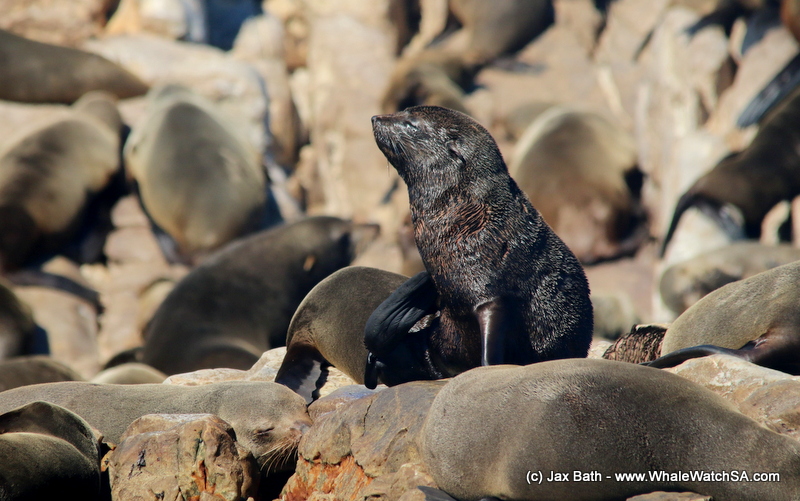 A young seal catches some sun. 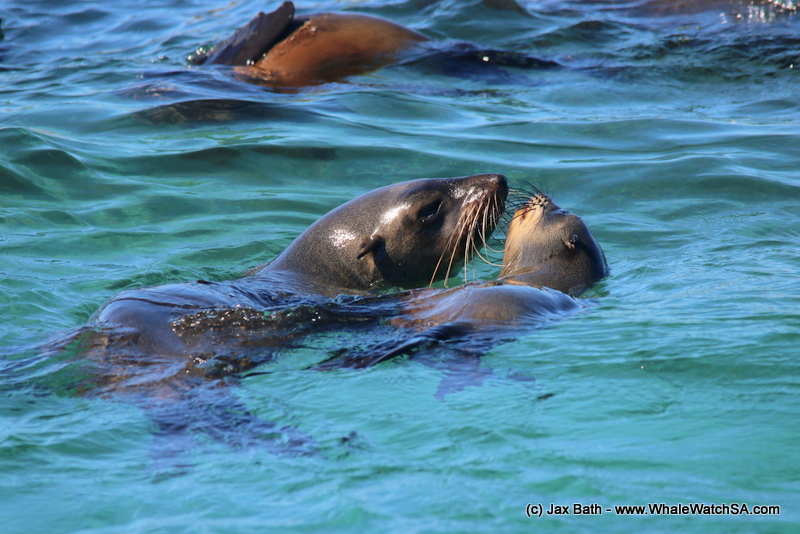 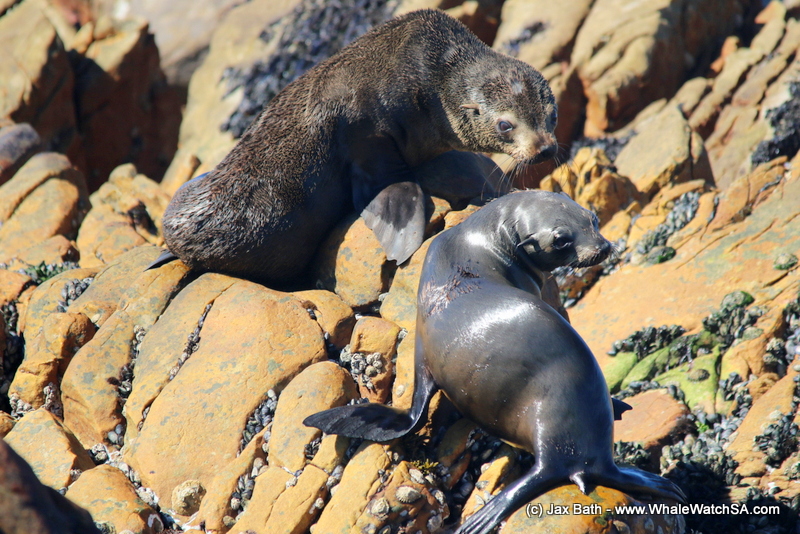 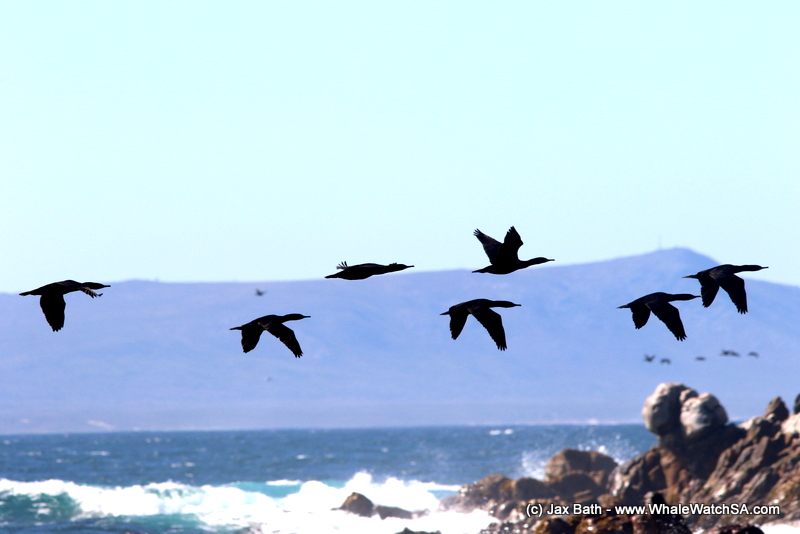 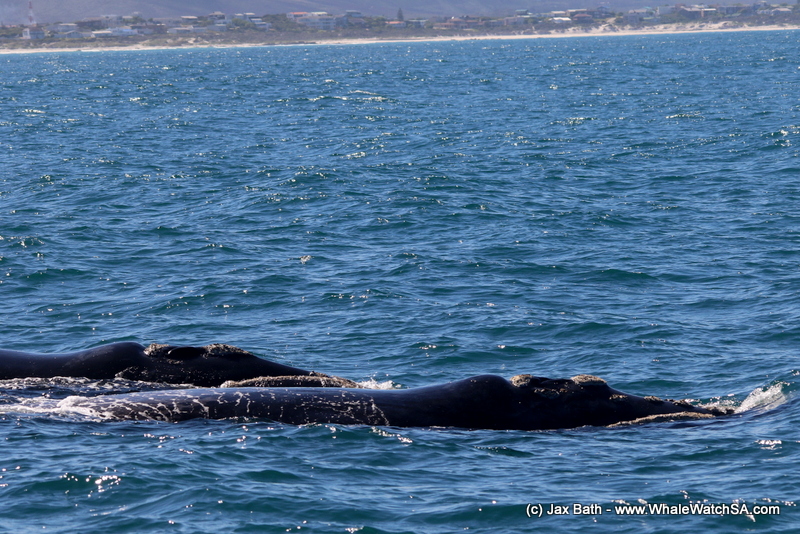 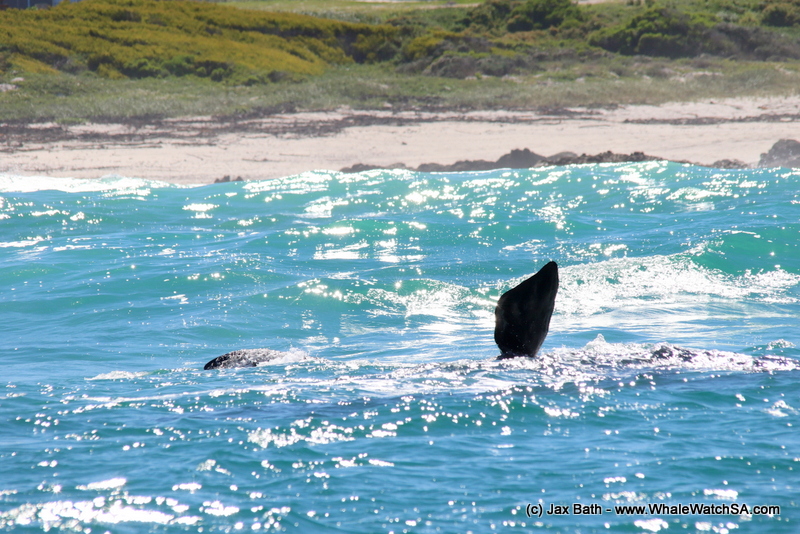 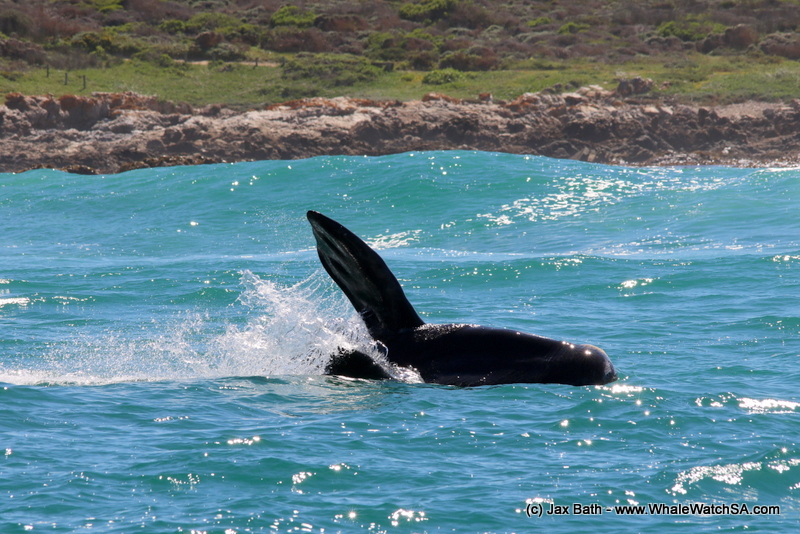 The calf also did some half hearted breaching. 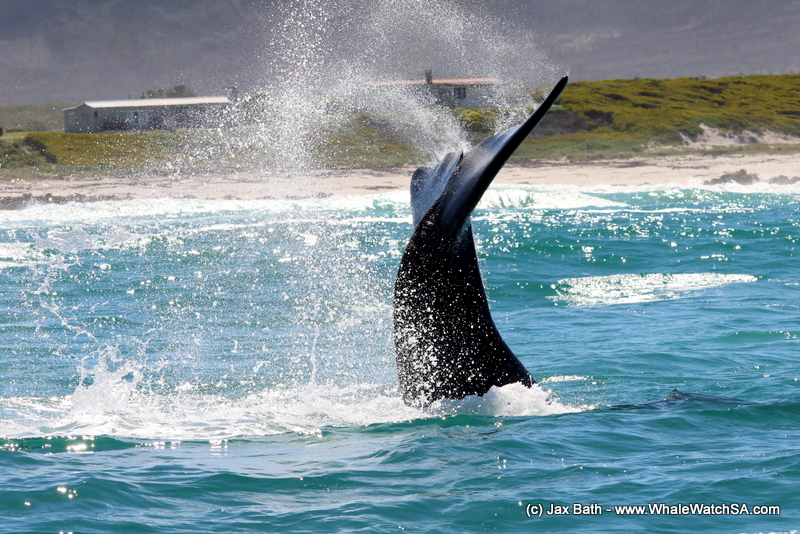 It’s awesome to see how the tails paint pictures with the water. 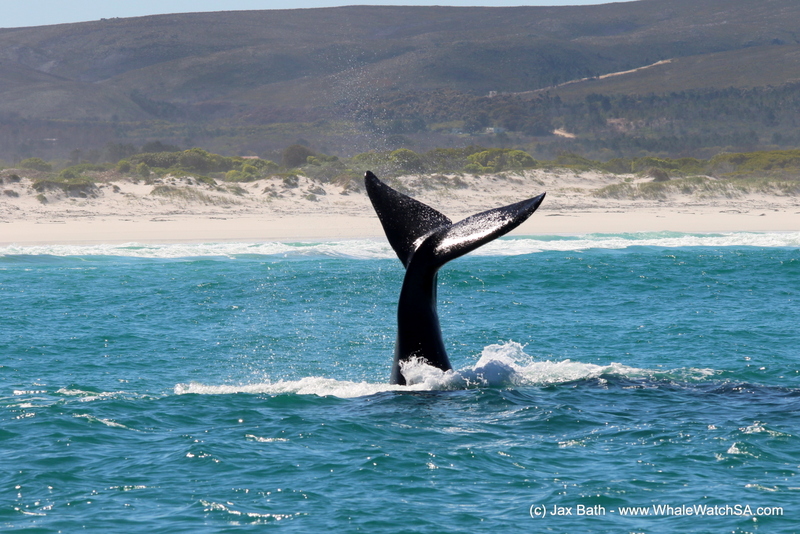 Fully grown, that tail can measure 5m from tip to tip. 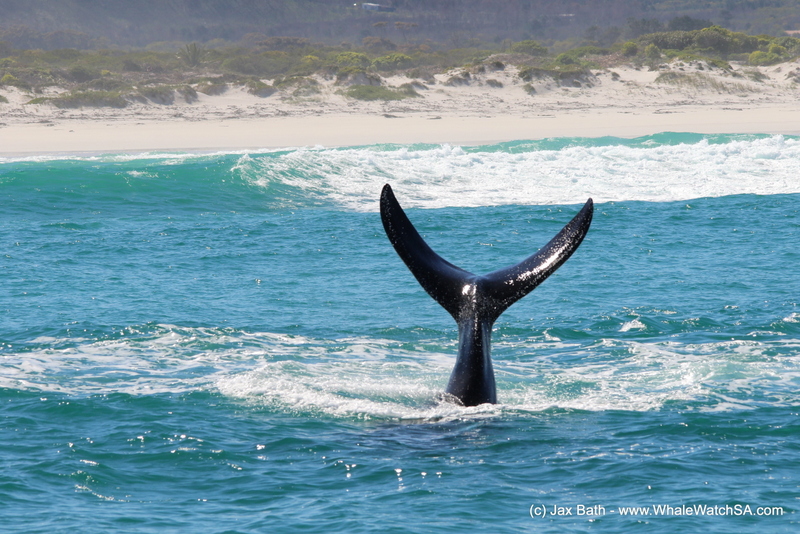 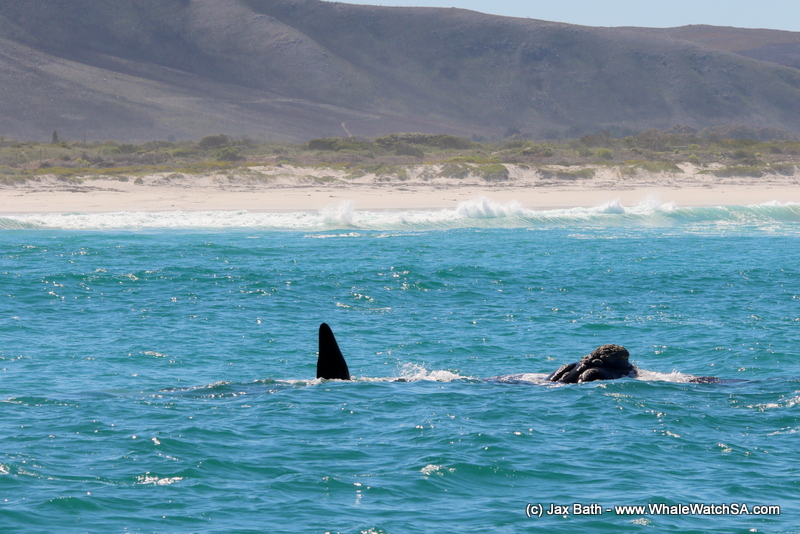 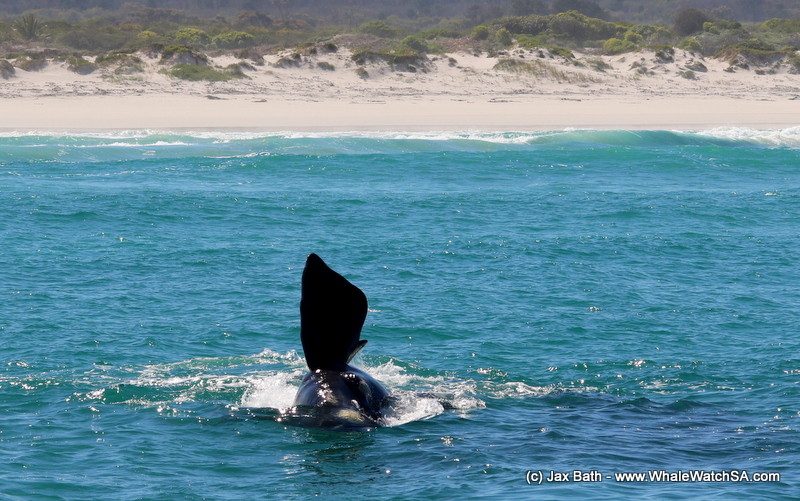 In between lob tailing, we also got some flipper slaps, with baby rolling on it’s side. The eye is just above the flipper. 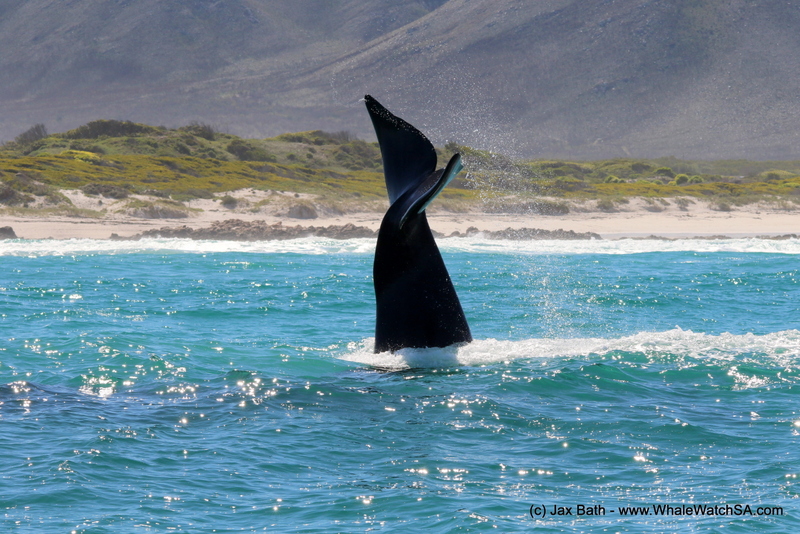 We got to see this lob tail from all angles. 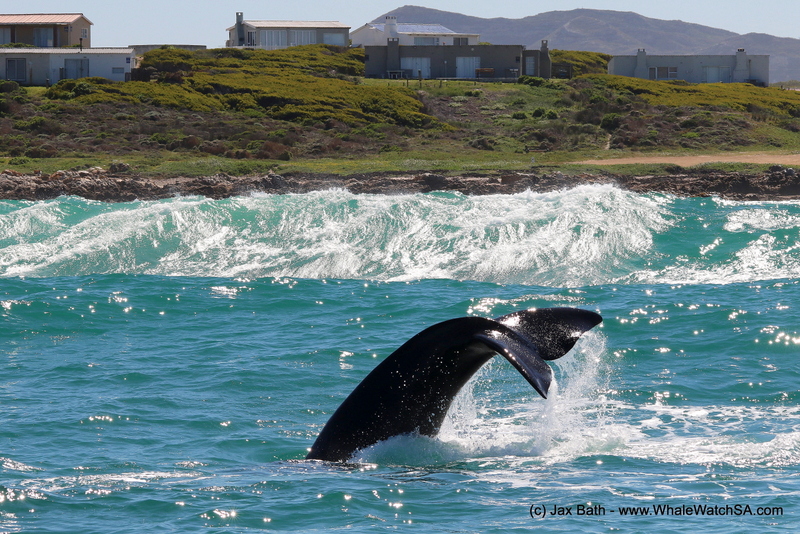 The grace wit which these animals carry themselves is immeasurable. 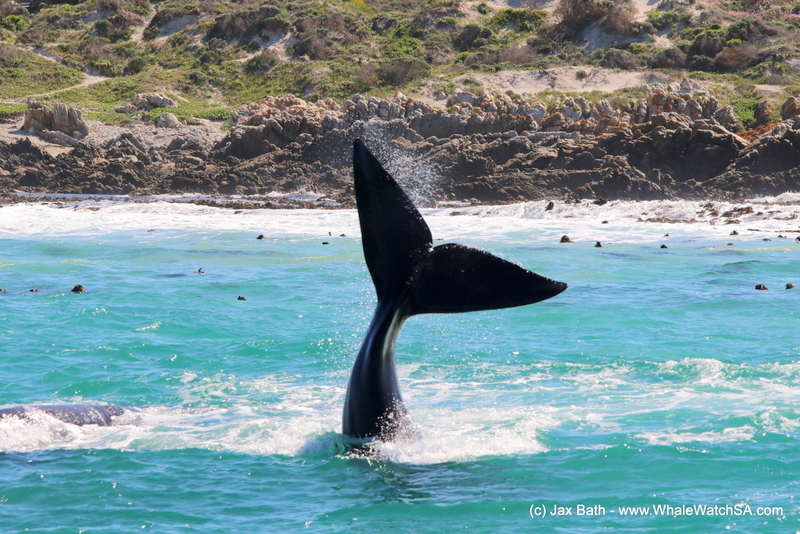 The first of many lob tailing shots. 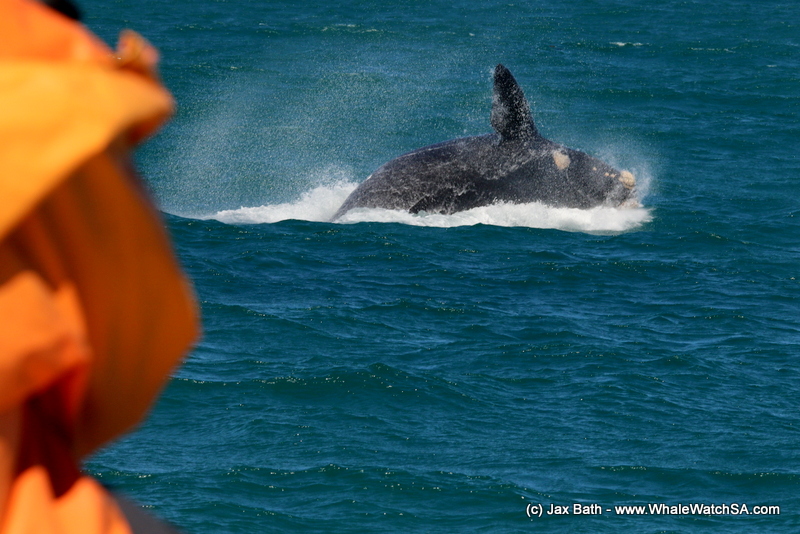 For some perspective, this little one was launching itself out the water meters away from us. 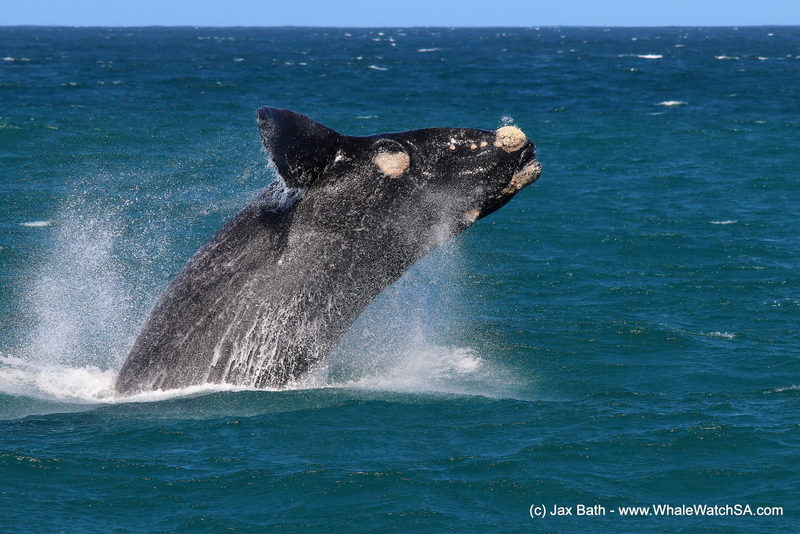 An incredible calf breaching right in front of our boat.