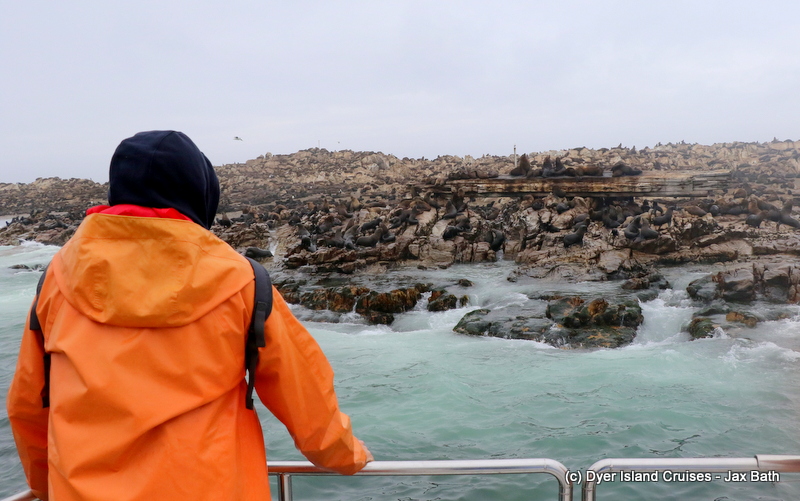 We had a lovely time cruising about the bay this afternoon, taking our usual route along the baeach and ending up at the shark cage diving boats. As we entered The Shallows, we took a quick stop at our sister company’s cage before making over way over to one of the other vessels where we to spot a curious Copper Shark. After a few views of its golden dorsal fin, we moved out the area and on to our reef systems where we picked up a piece of kelp to show off. After having a few brave clients taste the seaweed, Dyer Island was our next port of call.

We stopped just in front of the island and listened to the call of the Swift Terns whilst trying to point out our African Penguins who were sitting on the beach. We then went in to Sponge Bay to see o we could get a closer look at our birds, with a couple of penguins doing some boulder hopping and three others heading on down to the water for some fishing. We then made our way out this area, spotting many oceanic vultures sitting on the water. We call these birds Giant Petrels , and we spent some time watching them take off before moving into the world famous waters of Shark Alley.

Our Cape Fur Seal colony was the next stop of the day, where we had lots of seals cuddling up in the dreary weather. We’d had a little drizzle in the morning, but this did not stop many of the seals from taking a nice swim in the Atlantic, showing off to us as they jumped and checked out our boat. After moving up and down the alley, we decided we would head into the deep, slowly circling our way back to Kleinbaai harbor. On the way back in, we spotted a young seal having an octopus for lunch. After throwing around the octopus for a bit, he decided it might be best to try to swallow it whole, so we watched in awe as the little seal swallowed this cephalopod, head first and then tentacle by tentacle.

Checking out the Cape Fur Seals over at Geyser Rock, which is about 3 hectares in size. 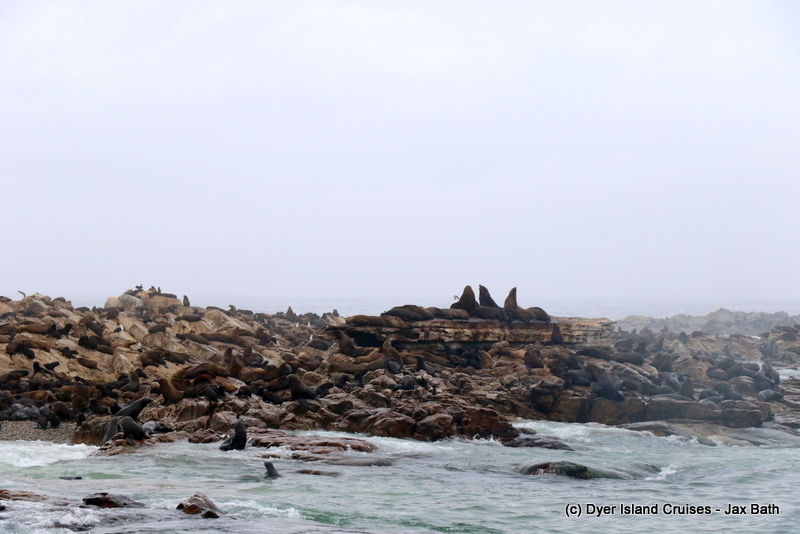 It was a little rainy as we pulled up in Shark Alley, but lucky the drizzle cleared as we cruised through. 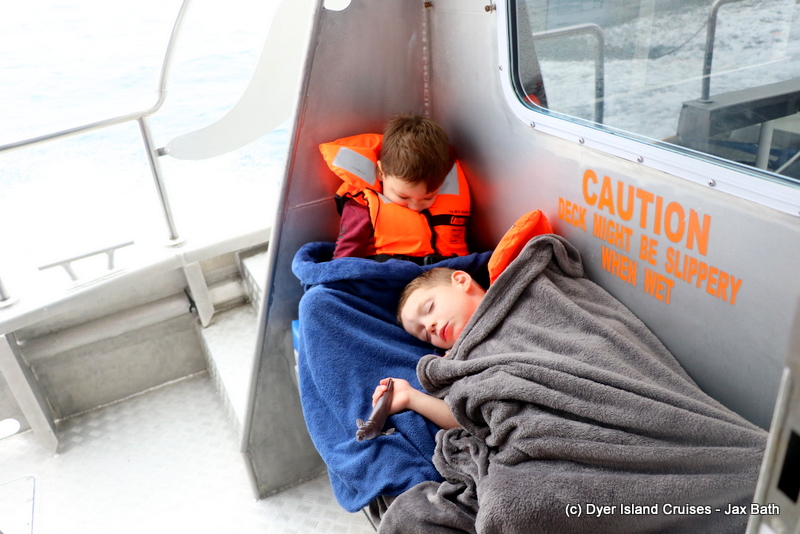 Taking a nap after an exciting first leg of the tour. 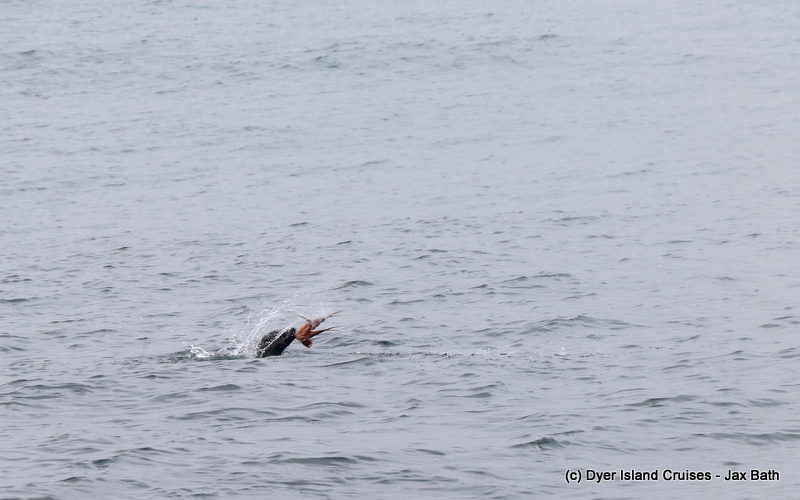 A seal enjoying some calamari for lunch. 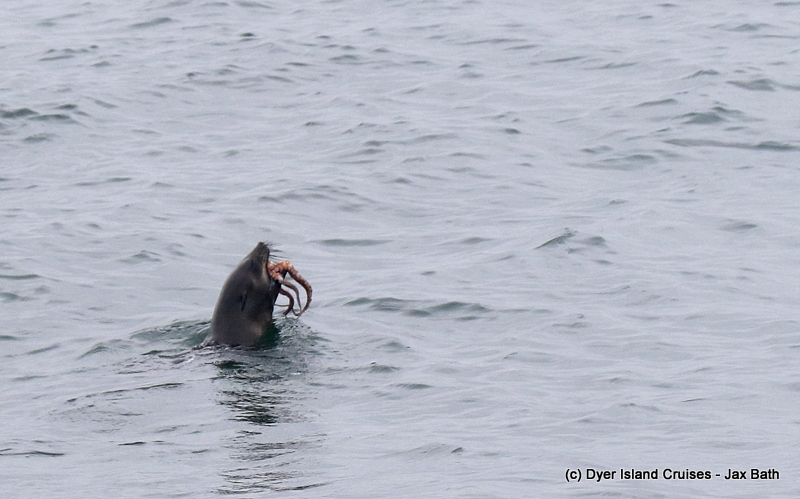 This little yearling proceeded to swallow the octopus whole. 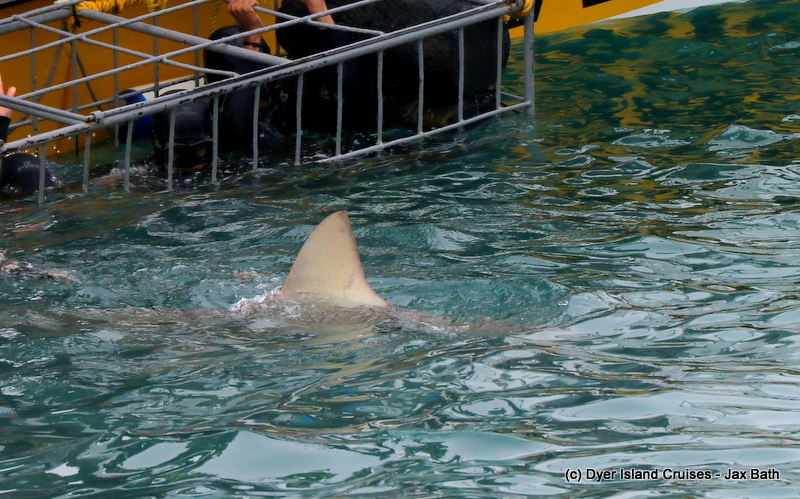 We were very lucky to get to spot this Copper Shark this morning, after some scattered sightings over the last couple of days. 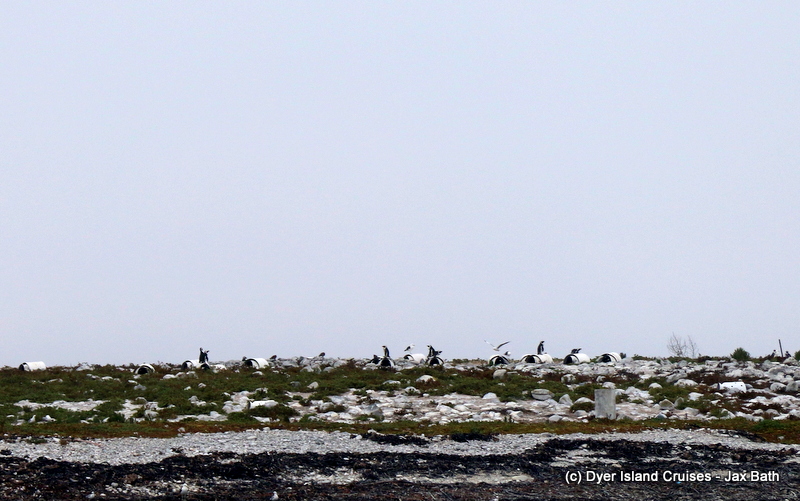 African Penguins sitting on top of their nests on Dyer Island. 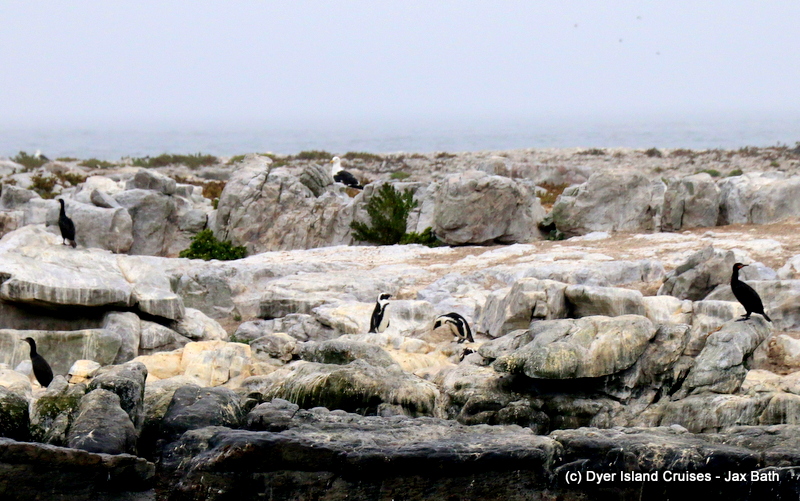 A couple of penguins doing some boulder hopping. 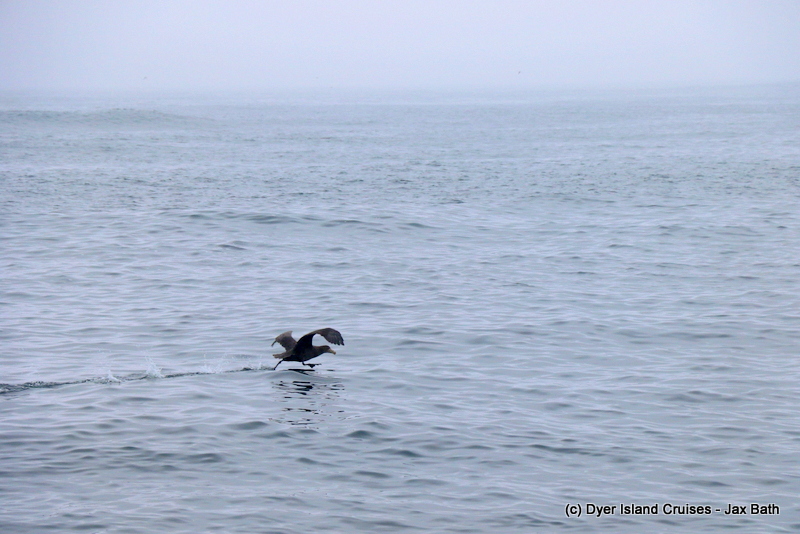 A Giant Petrel takes off out of Shark Alley. 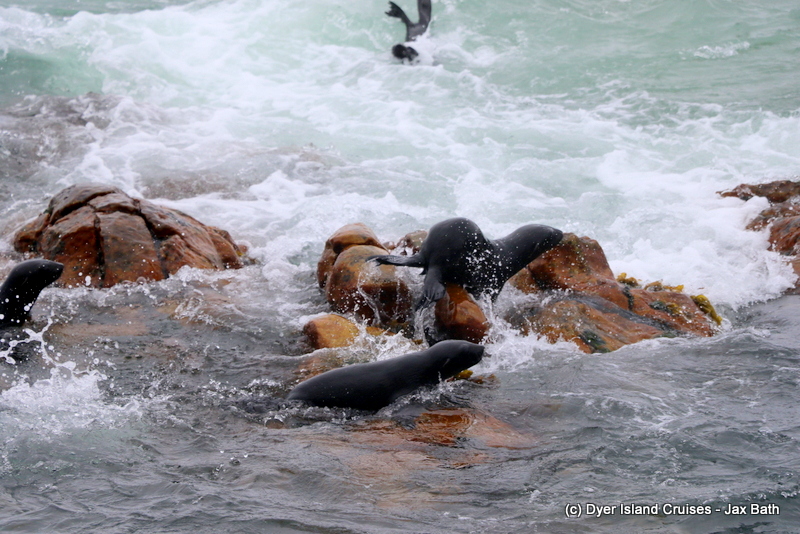 Little pups making a dash for safety as the wave pulls back. 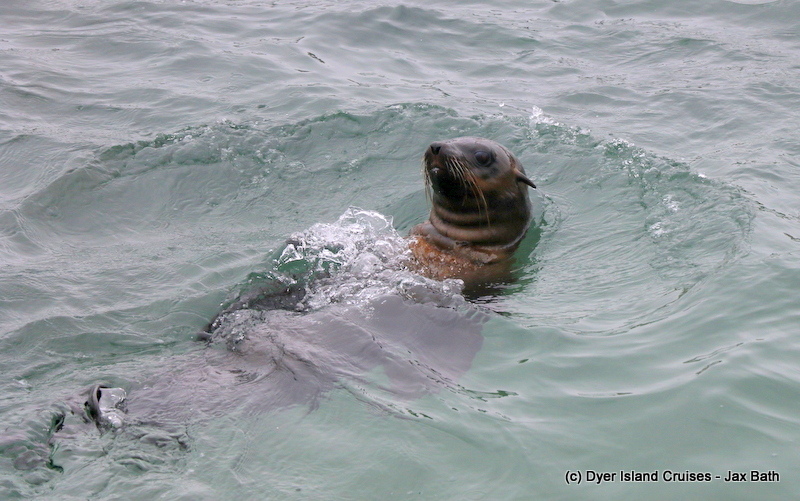 A seal having a nice look at us. 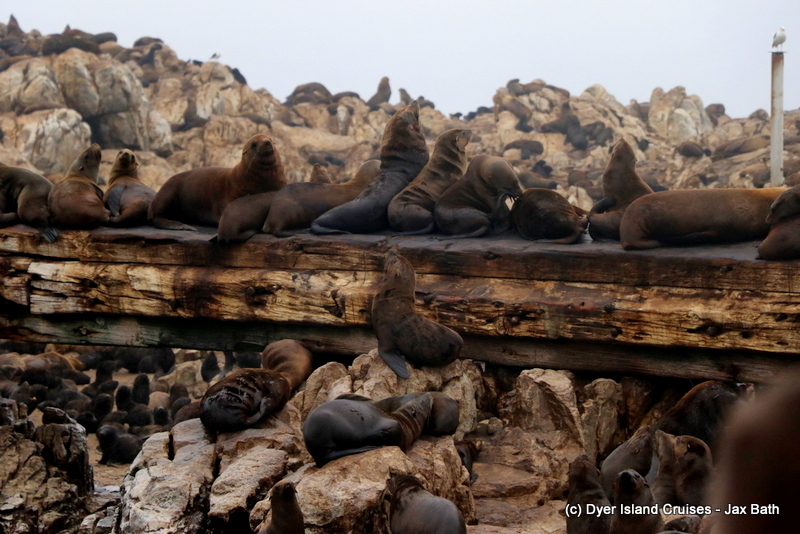 Seals sitting up in the drizzle.