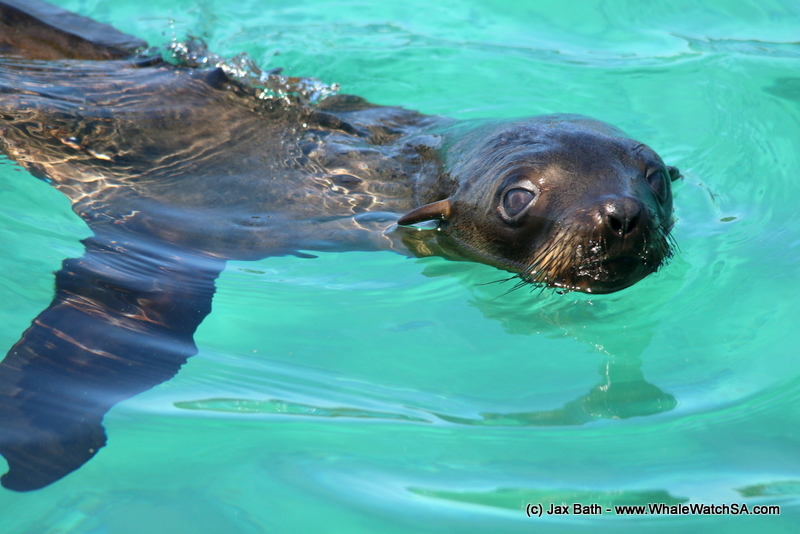 We had out to sea today with a south easterly blowing and set out in search of the right whales to watch. Right Whales have been the subject of human fascination for centuries now, with these gigantic ocean voyagers moving along the rocky coast lines of the Southern hemisphere during the breeding season. These animals will spend around 6 months in our waters, mating and calving right off the cliffs.

We started off all our tours with Southern Right Whales in shallow water, with most of the whales hanging about in front of Franskraal and the white sandy beaches of Uilenkraalsmond. Here, we sometimes see them in only about 4m of water playing about in the swell. For the most part, at this time of the year, we are spending our time with moms and their beautiful big babies of which we had around 7 different pairs today, it really has been an exceptional whale watching season to date.

The first tour launched at 7:30 caught up with a mom and a baby first thing out the harbour. Whilst watching a calf surface, we noticed another baby having a ball and doing some breaching. This was a spectacular sight to witness with the baby throwing itself out the water again and again. We then head on over to Slashfin, our sister company’s cage diving vessel where a few of us were very lucky to see Scarlett, a 4.2m Great White Shark. Scarlett is one of our iconic animals, and she was a unique dorsal fin which sustained some injury a couple of years back. We also went on to see a couple of African Penguins as well as our Cape Fur Seal Colony before heading on back to the harbour.

Trip 2 also got some  awesome quality time with some moms and babies who were hanging out in front of the Uilenkraalsmond estuary. One of the highlights of this tour was getting to see one of the mothers opening her mouth, exposing her baleen. Baleen is keratin and these whales will have over 200 of these plates in their mouths. We also got to see some spy hopping from a curious baby. We went on to see an active Copper Shark by Slashfin, some African Penguins and we also did a cruise through shark alley where more and more seals began to go into the water.

Our third tour was also treated to the sight of some really friendly babies, and we had another breacher in the mix. This little one could not get enough and launched himself through the water column in every which way he could.  This little one was truly a show stopper, giving us memories which will last a lifetime. We then went on towards the island systems where we had some African Penguins on Dyer Island. We finished off this tour with our 3rd member of the Marine Big 5, The Cape Fur Seal.

Our final excursion also had lots of time with some mom and baby whales, including a half brindle baby. Brindle is a coloration within the southern Right Whale Population that means that the whales will be born white and that they will go grey with age. This little baby also gave us a breach or two, and we got some close looks at a few more whales before catching up with our playful pinnpieds at Geyser Rock. The day ended with an African Penguin sighting. 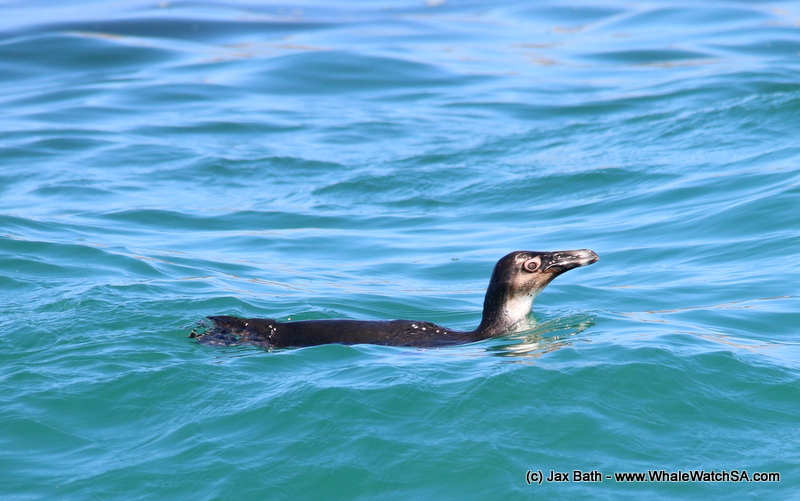 A juvenile African Penguin, we call them blues. 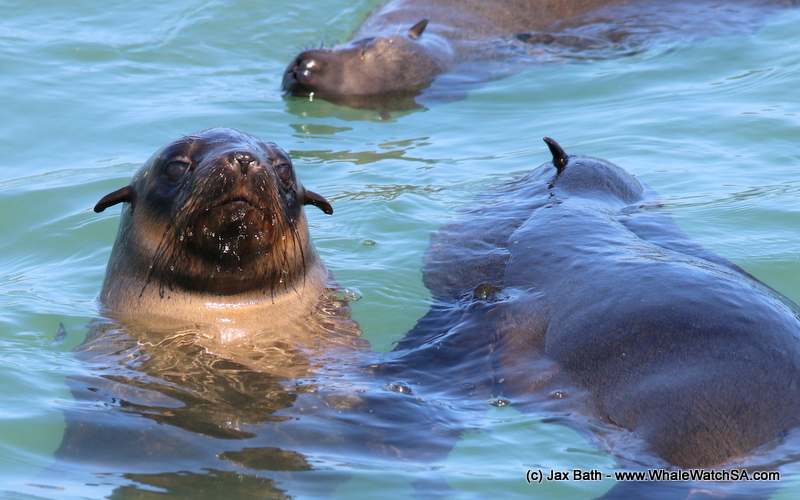 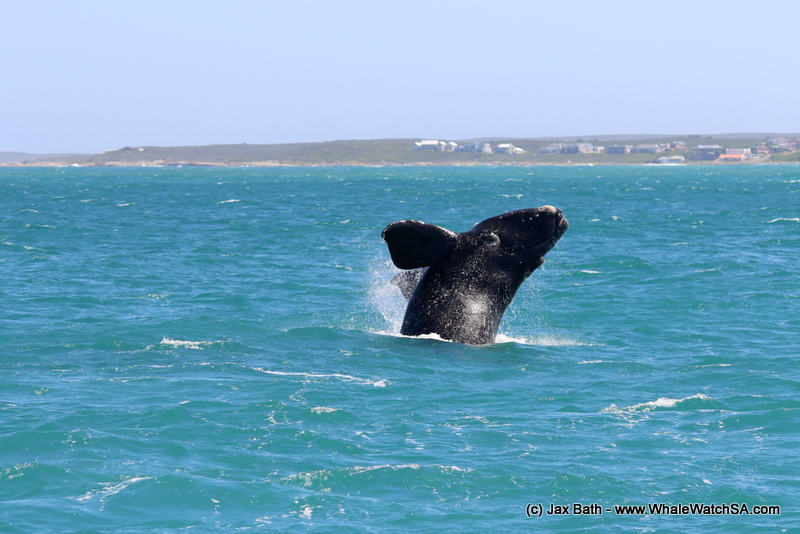 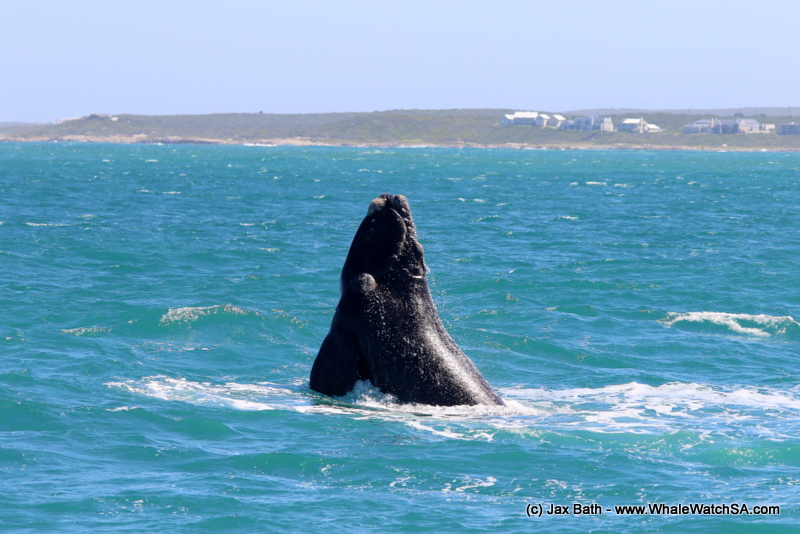 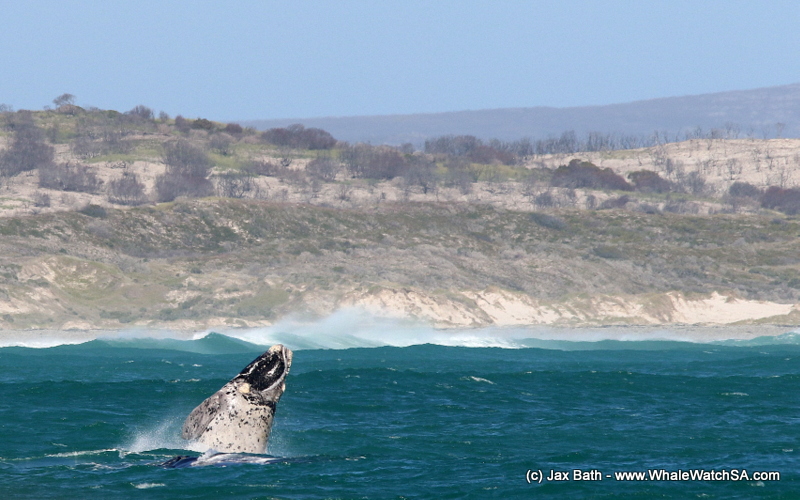 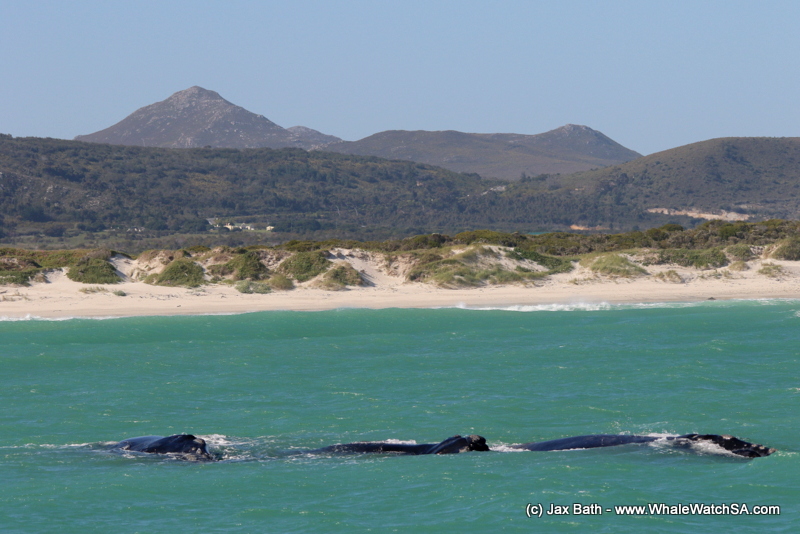 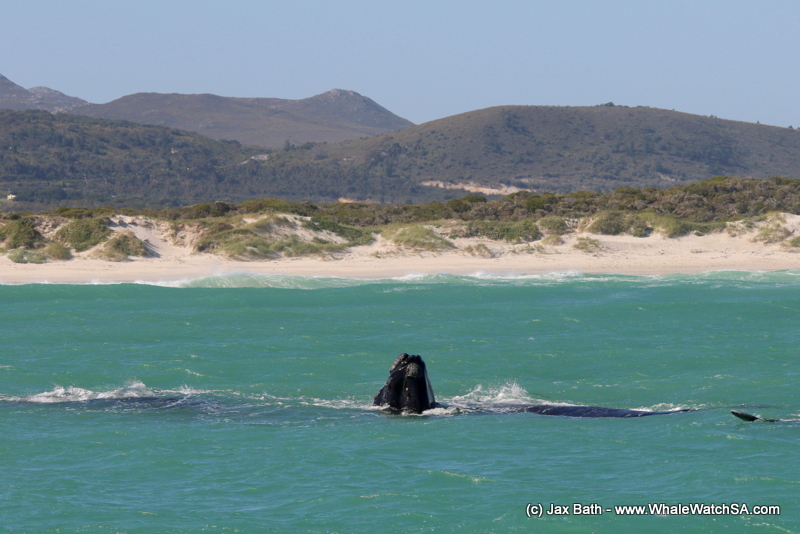 A calf gives a spy hop. 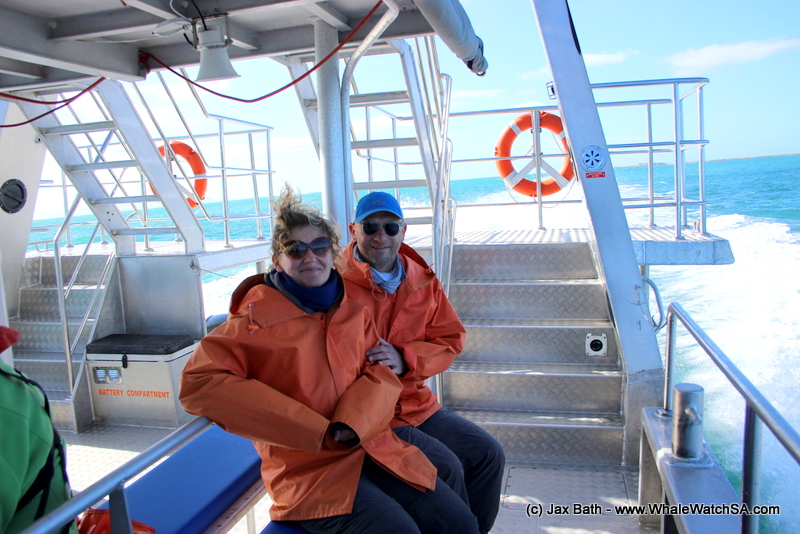 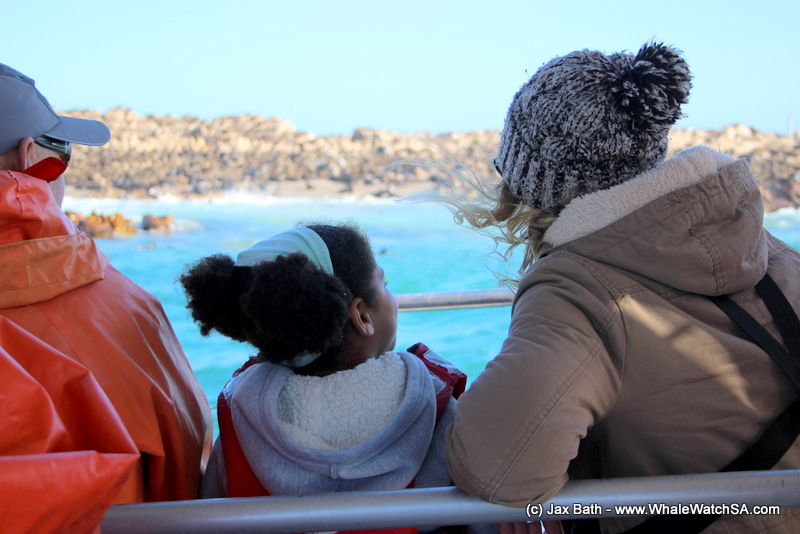 Keeping tabs on our ocean Labradors. 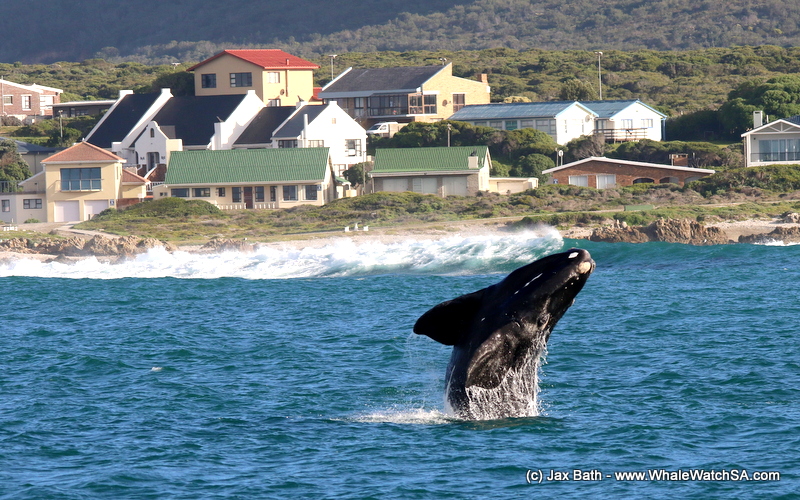 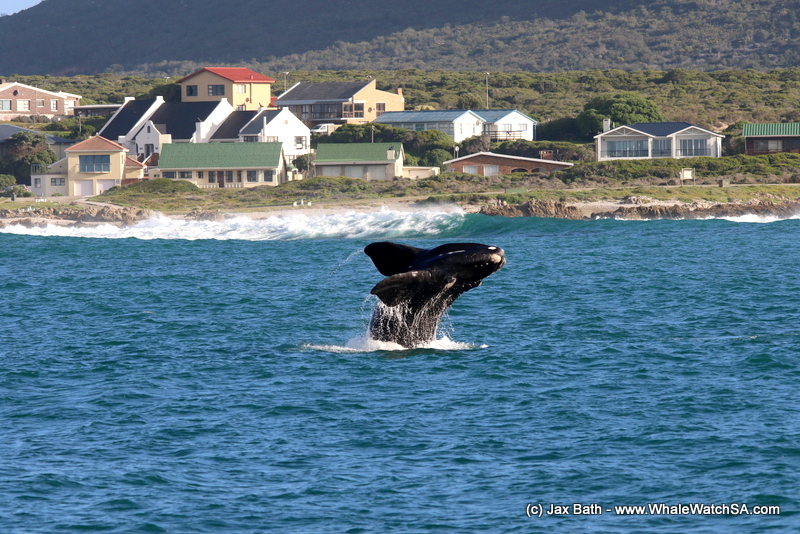 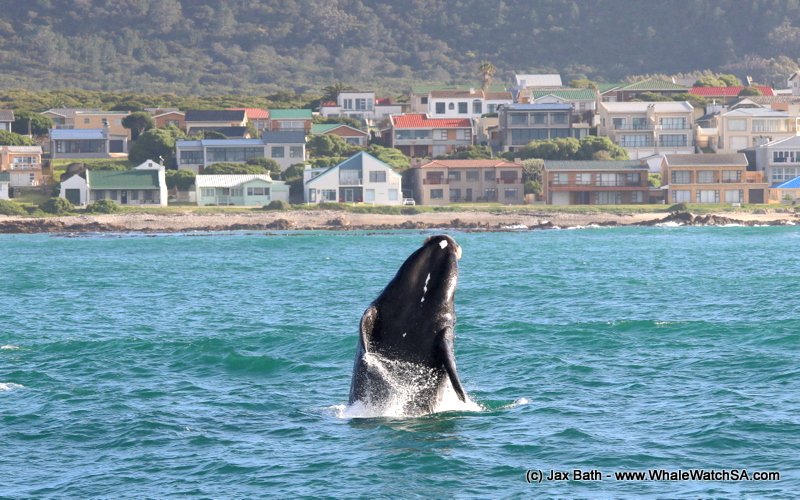 A lovely white spot just below the chin. 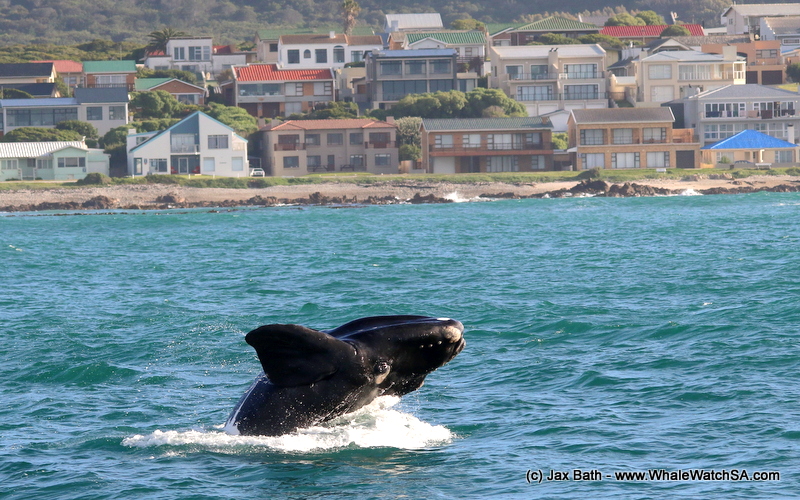 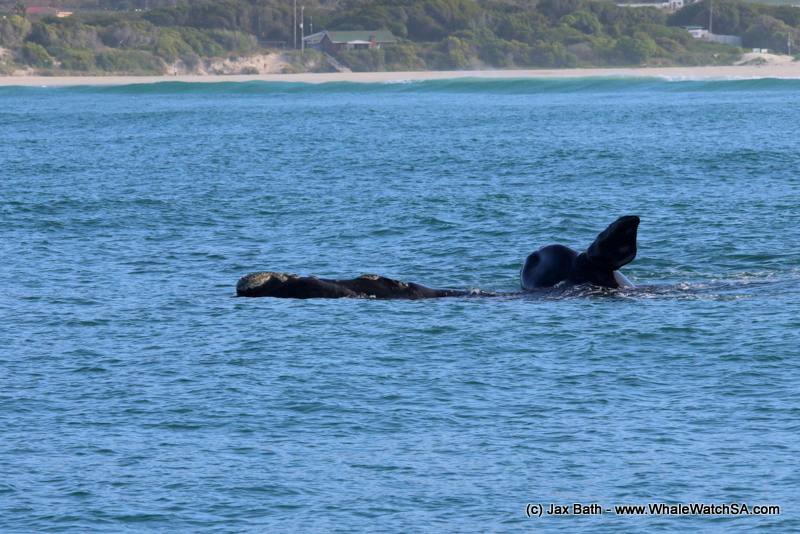 Baby rolling over mom’s back. 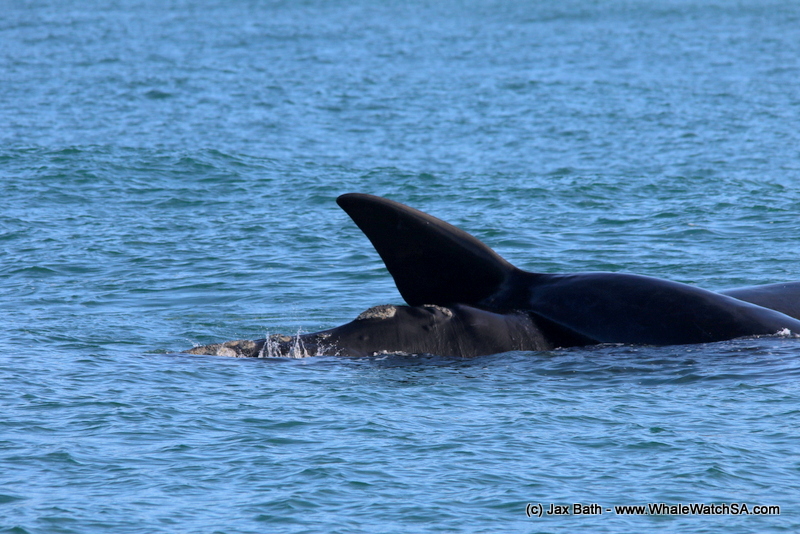 A little whale resting its weary tail on mommy’s head. 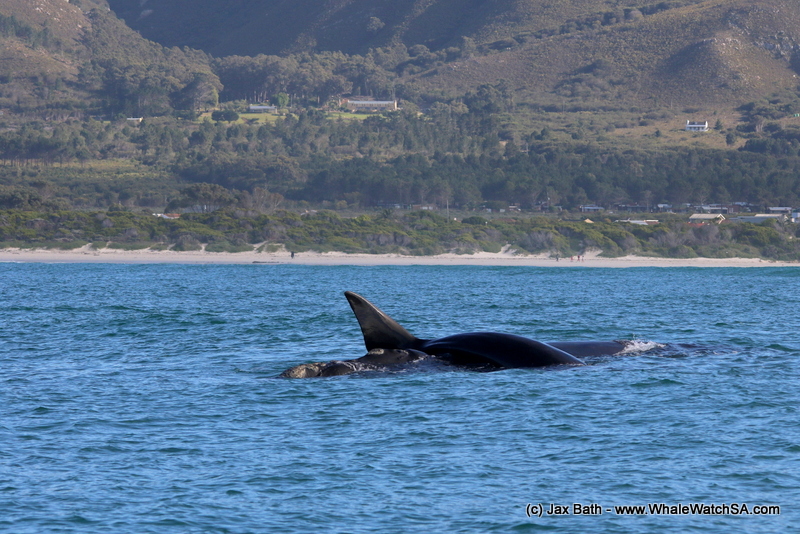 Baby kept his tail on mom for ages. 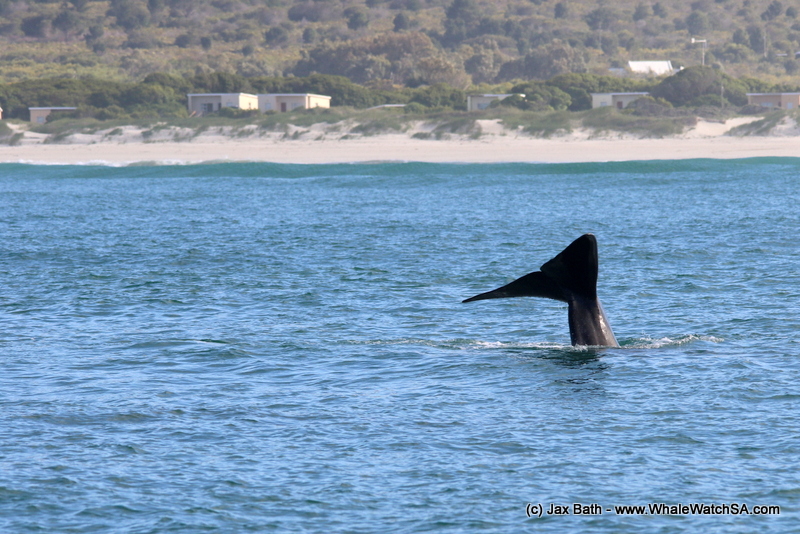 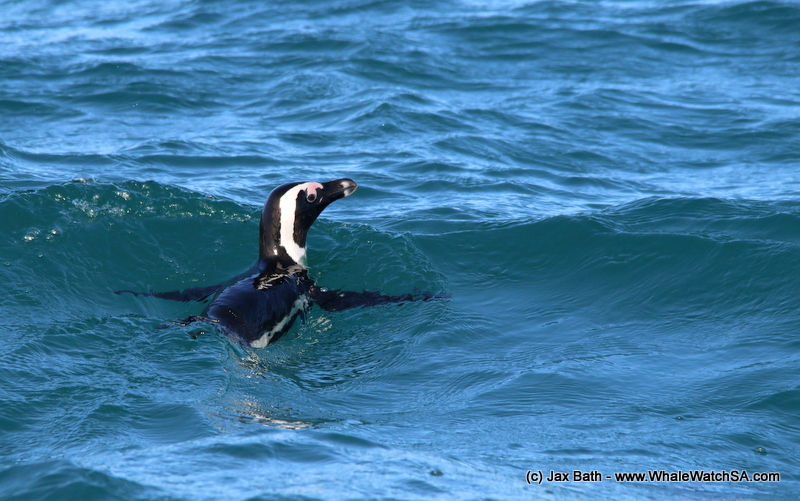 An African Penguin strikes a pose. 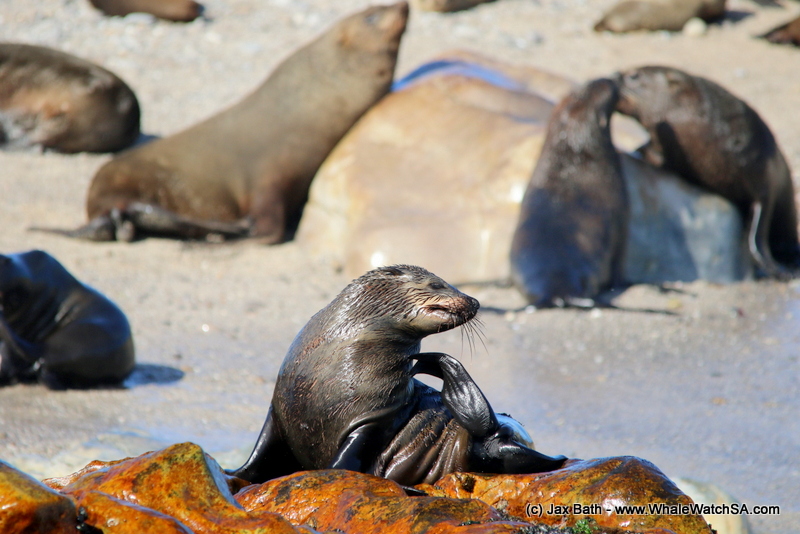 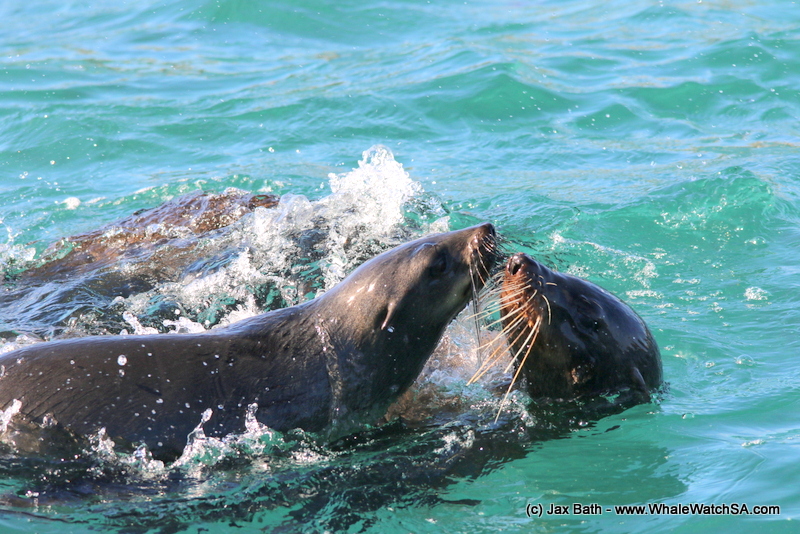 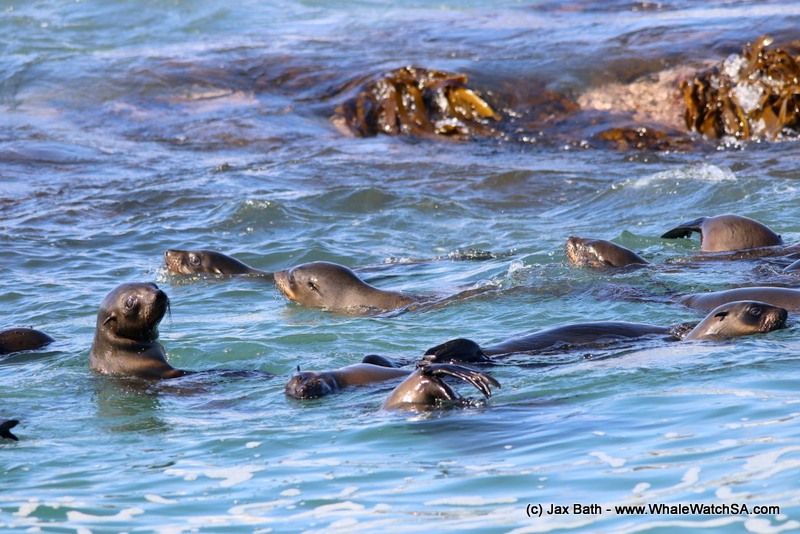 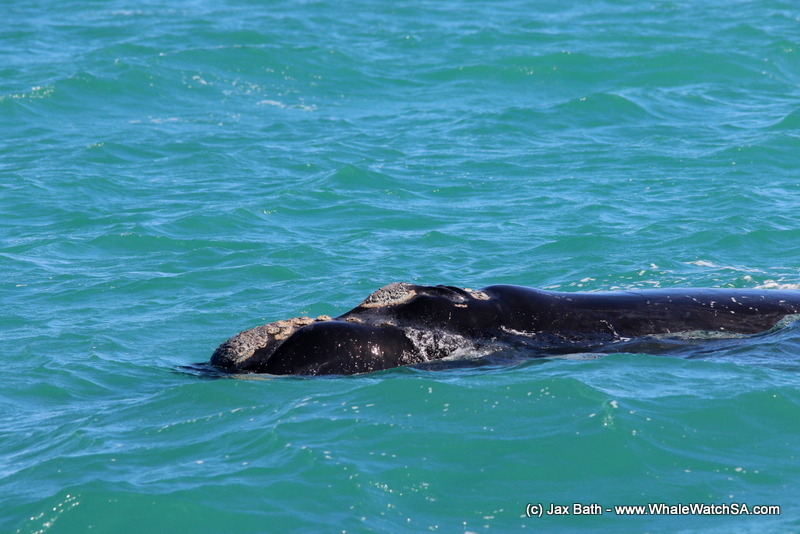 A close up of a calf. 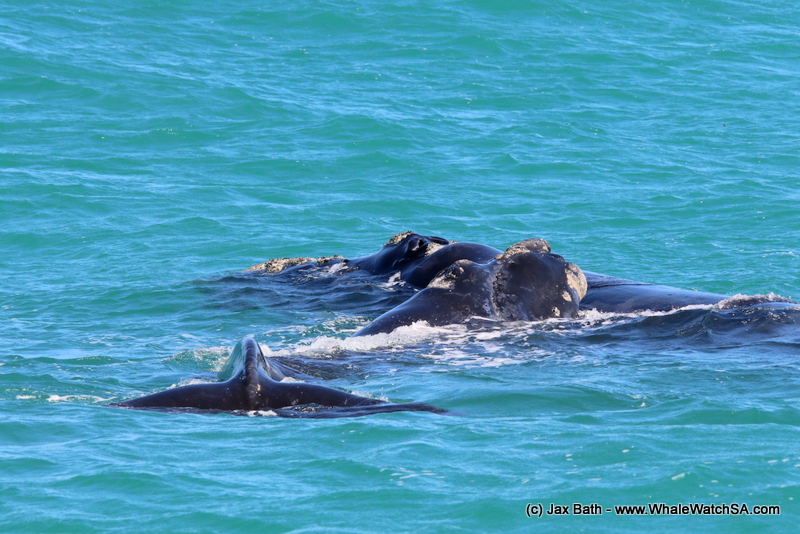 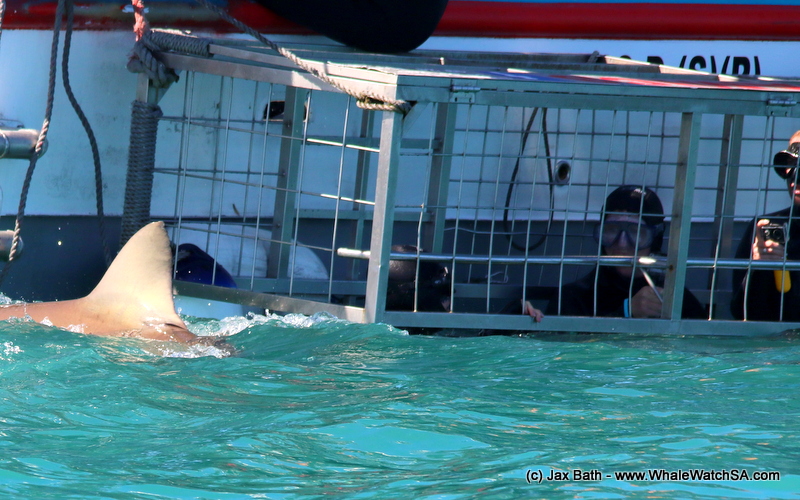 A Copper Shark doing some cruising. 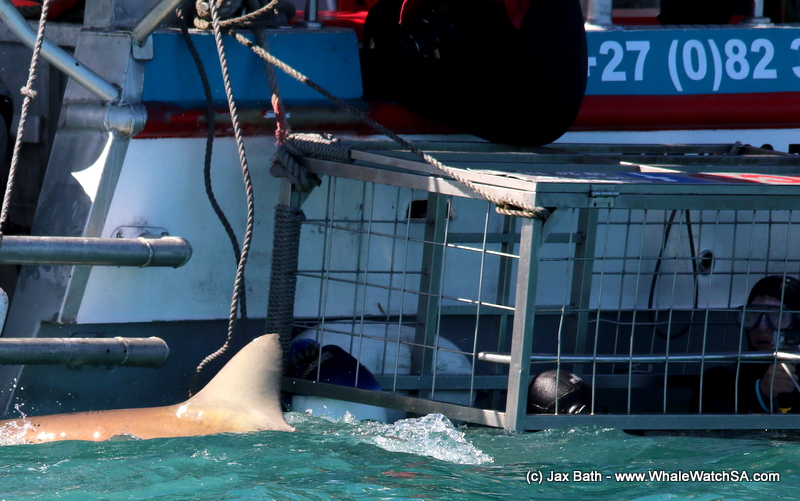