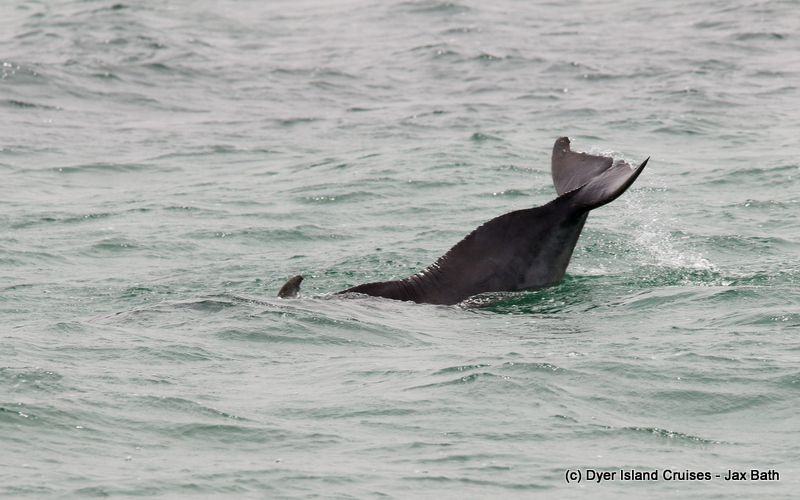 We had an incredible trip on Dream Catcher, with an awesome sighting of our Indian Ocean Humpback Dolphins close to the beach. It seems as though we’ve got a few of these incredible creatures hanging out at the moment, and we’re really enjoying their company. On today’s tour, we caught up 4 of these Dolphins, which included a mom and a calf, as well as one of our iconic dolphins. These dolphins were travelling along when we first found them, but as stopped the boat, they began to play.

We got to see some lob tailing, which is when the animals hit their tails against the water and we even got to see the baby jump out the water. Play is an important part of a young dolphins life as it teaches them vital life skills for when they are older. After a spectacular time with the dolphins we made our way towards our sister company where we also got some great looks at the Copper Sharks who come to our area in the summer months, activity looked to be fantastic, as the sharks seemed really energetic and spent a few moments here watching these predators before making our way towards Dyer Island.

On the way, we were greeted with the sight of thousands of little black birds descending onto the water. These were none other than the beautiful Cape Cormorants, which have blue eyes and an orange gape. It looked as though they might be heading out to look for some fish, and we took in the sights and sounds of this spectacle before cruising into Sponge Bay. Right on the skyline of the island, we had an African penguin sticking out like a sore thumb against the Cape Cormorants, with his white chest and stubby neck. Our final stop of the day was over by our Cape Fur Seals, who were as playful and smelly as ever. 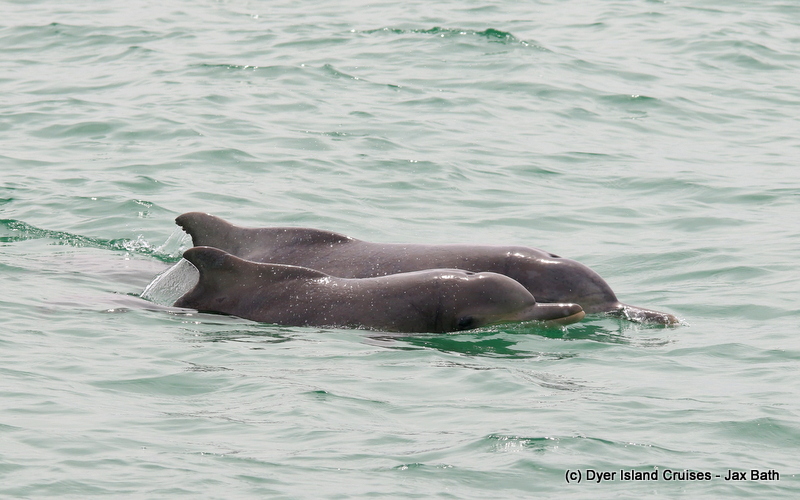 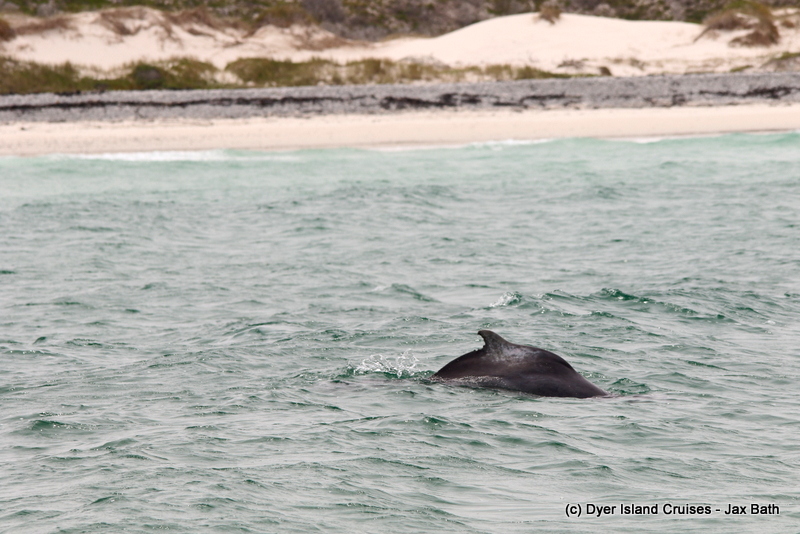 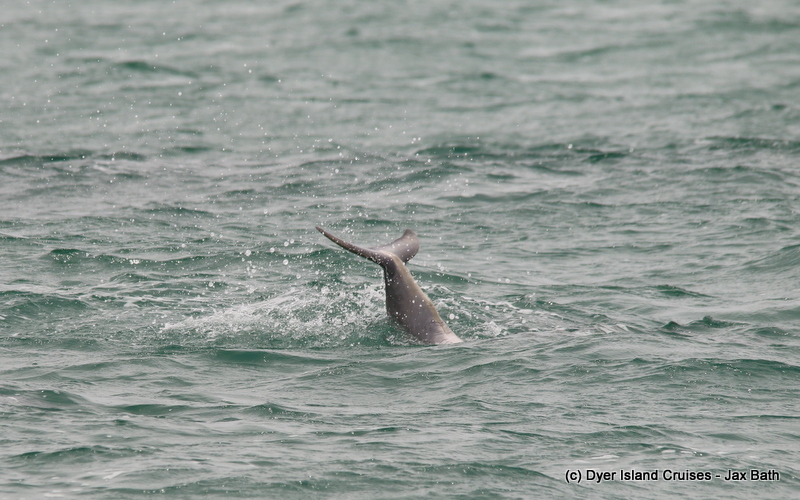 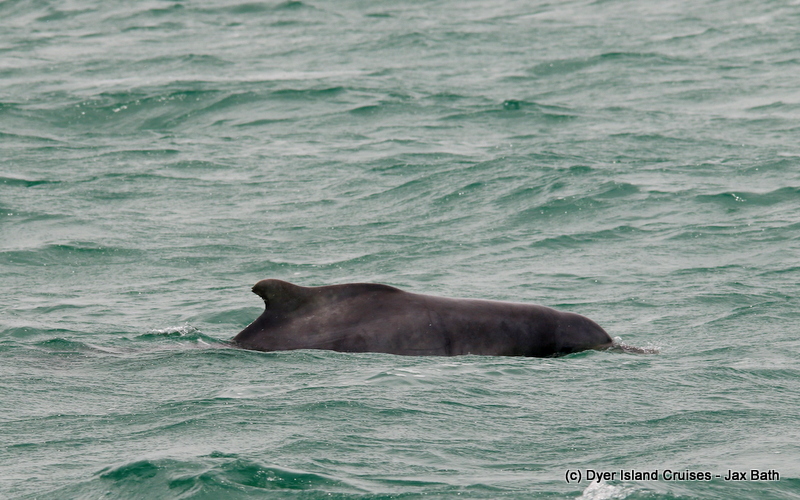 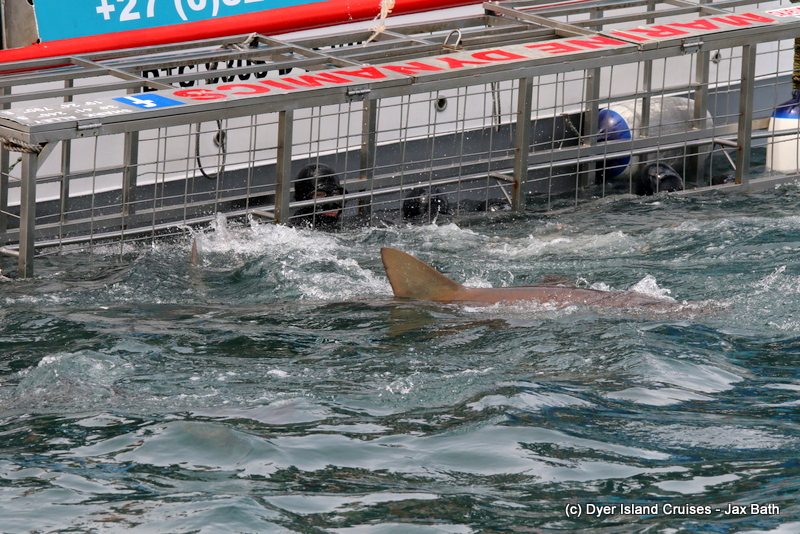 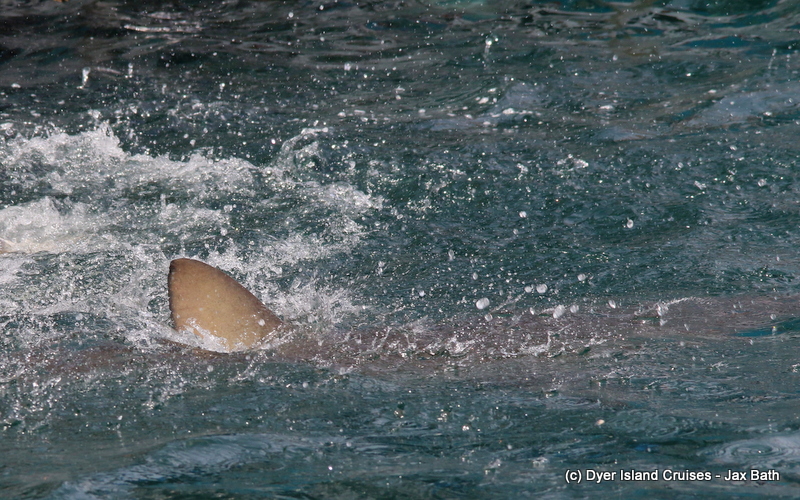 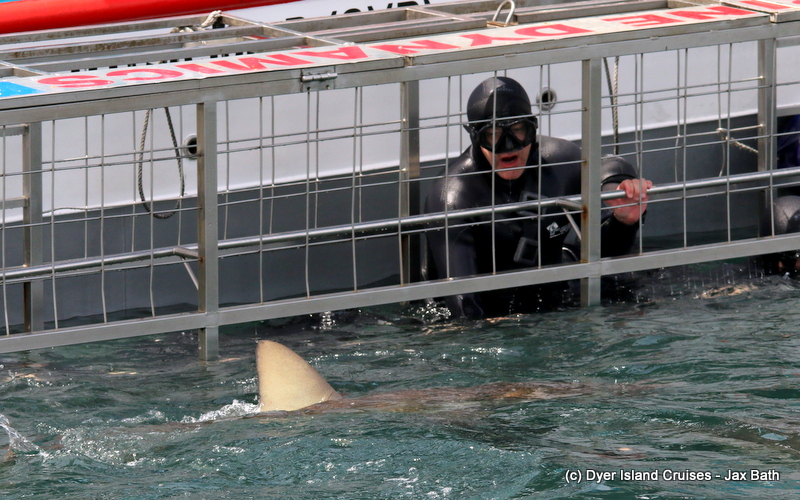 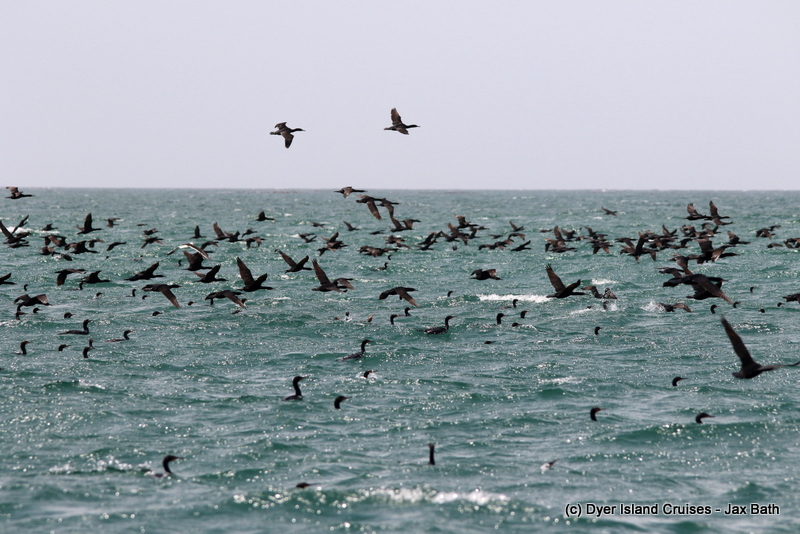 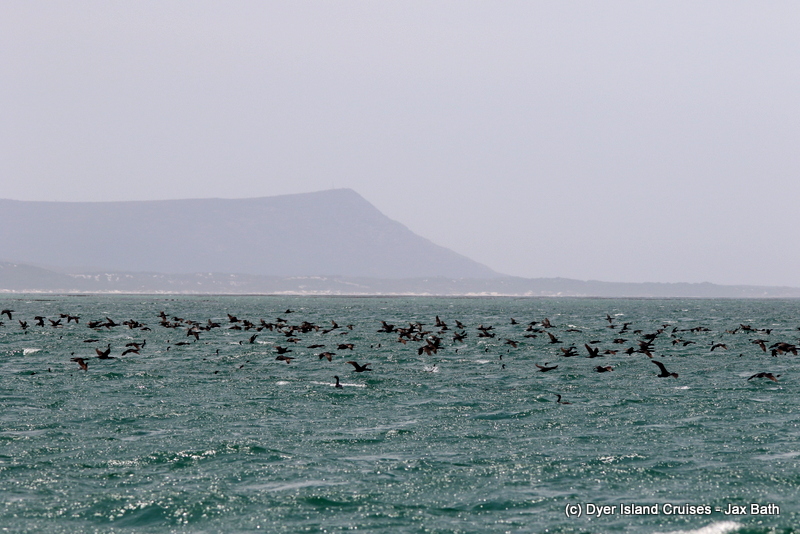 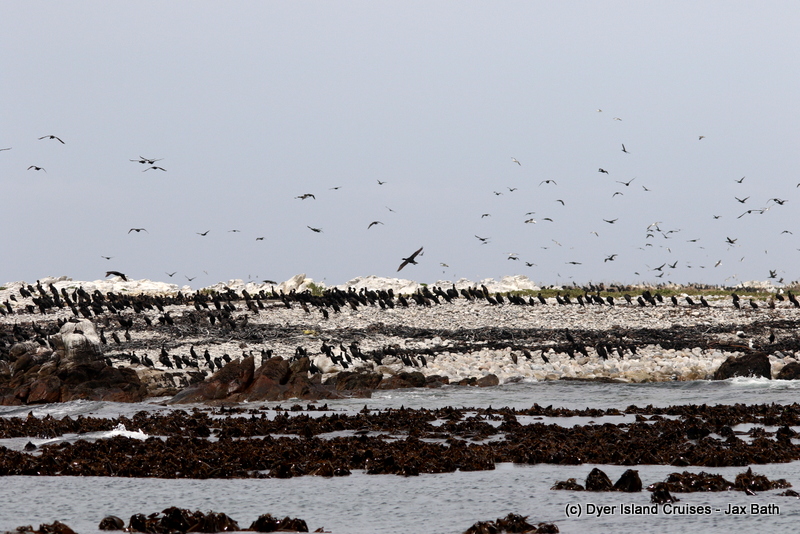 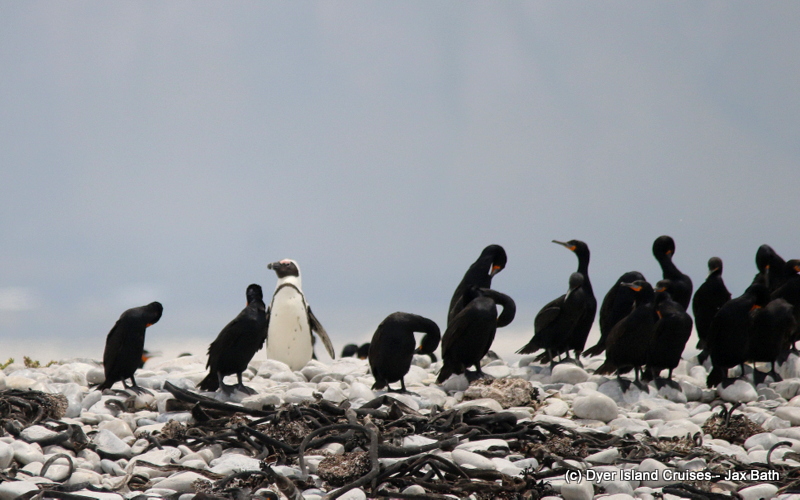 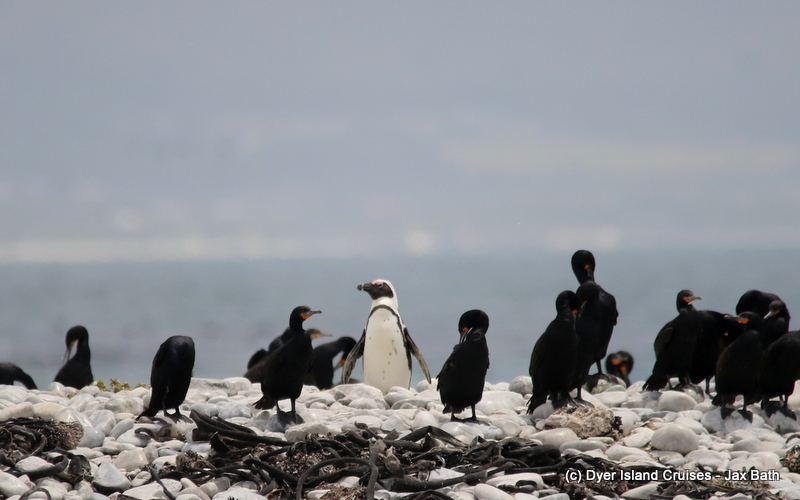 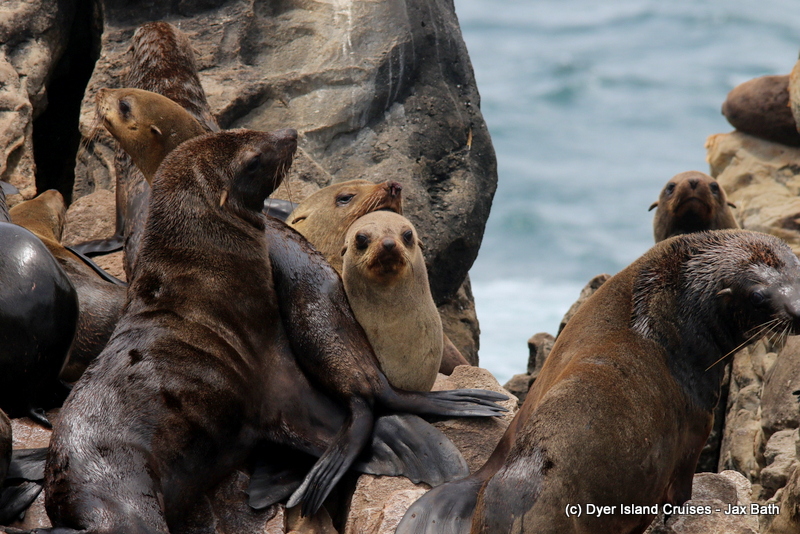 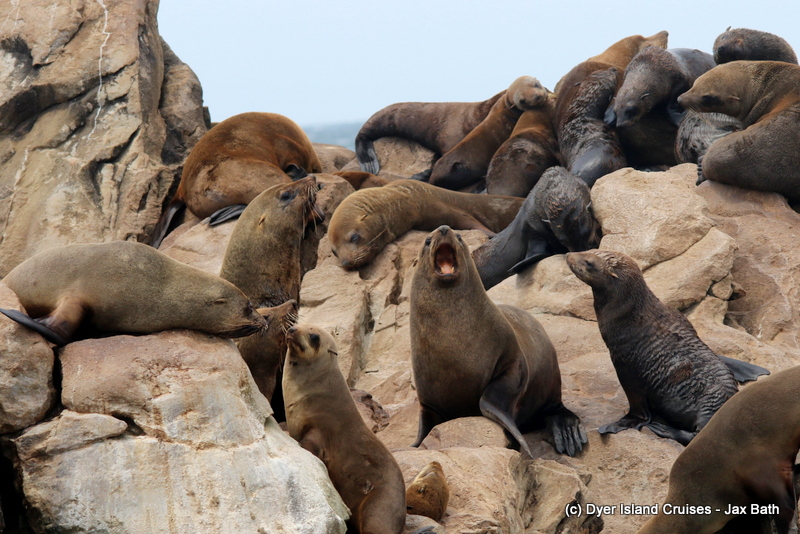 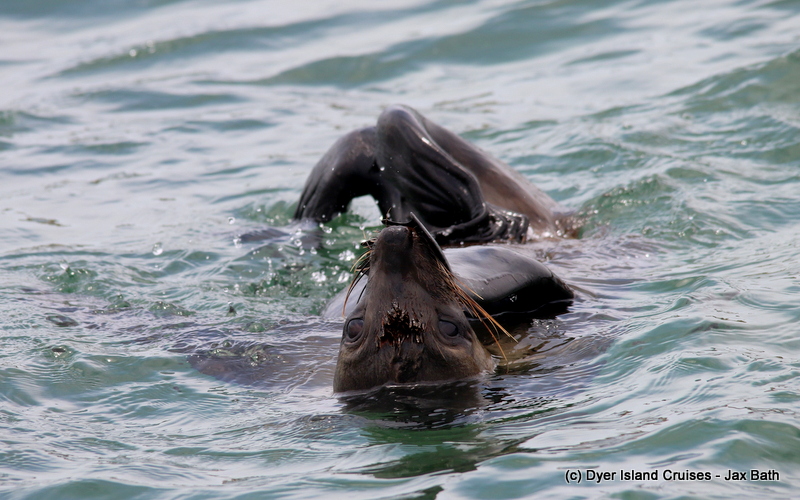 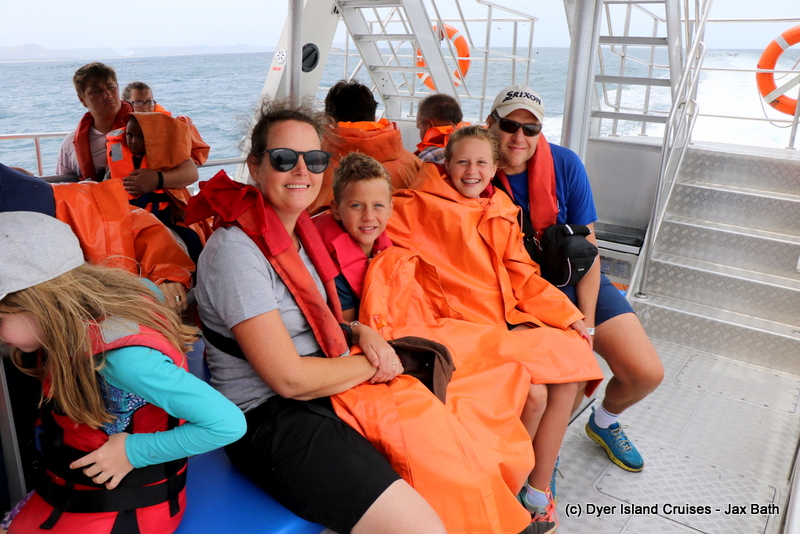