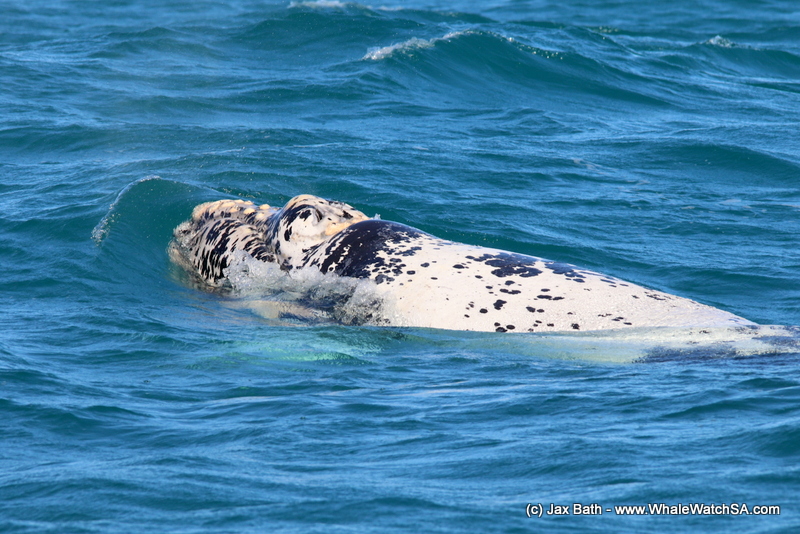 It was a 3 tour kind of day over in the bay, with us beginning the first tour of the day with a bit of a splash out the harbour, just to make sure that everyone was awake and ready for an awesome two hours of whale watching. We had our first whales on the other side of a rock we call Black Sophie, which is a large outcrop which marks the harbour.

The whales we were watching were Southern Right Whales, and we had 2 pairs of mommy’s and babies enjoying the swell. The one baby decided that the water needed a little slapping, so he used his tail to slam down with full force, which is a behaviour we call lobtailing. This little one looked like he was having an awesome time and whilst watching him, so were we! We went on to spend a little more time with a couple of other pairs of Southern Right Whales before taking a stop at our Cape Fur Seal colony before spotting a Bronze Whaler Shark at Slashfin.

On our second tour of the day, we also got to spend some time with some moms and babies who were hanging out in shallow water.  These babies were quite playful and we got to see some bits of tail and a bit of flipper too. We spent some lovely time watching as these whales enjoyed the sun before heading on with the tour. We went on to spot an African Penguin and towards our seal colony. The cape Fur Seals were as entertaining as ever, with many hanging out in the water trying to escape the heat of the African sun.

Trip 3 started off with a very special little girl, when we happened upon a half brindle baby Southern Right Whale. If an animal is born completely white, it is most likely to be a male whale, but, for the most part, half brindles will be little girls and my oh my was this one beautiful. We spent some time cruising next to her and her mom, who both seemed really relaxed. At one point, these animals took a deeper dive and then, to our absolute amazement, we had the calf breach right next to the boat. This little one really had some gusto, even surfacing with an attitude. This was the absolute highlight of the tour, but, we were also treated to the sight of a large raft of African Penguins and our even larger colony of Cape Fur Seals when we traveled towards our Island systems. A mother breaks the surface. 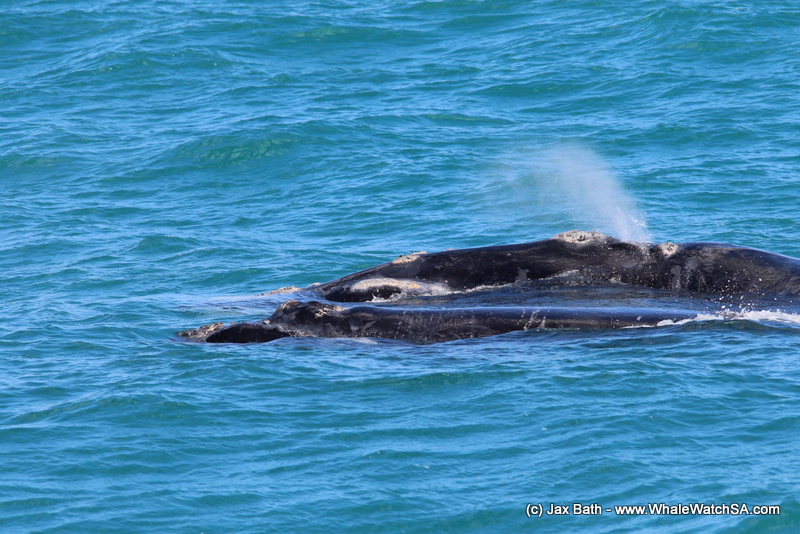 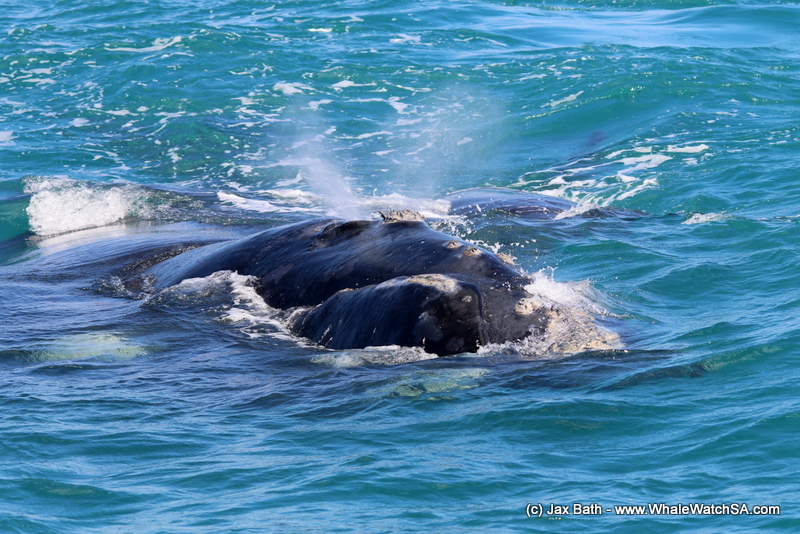 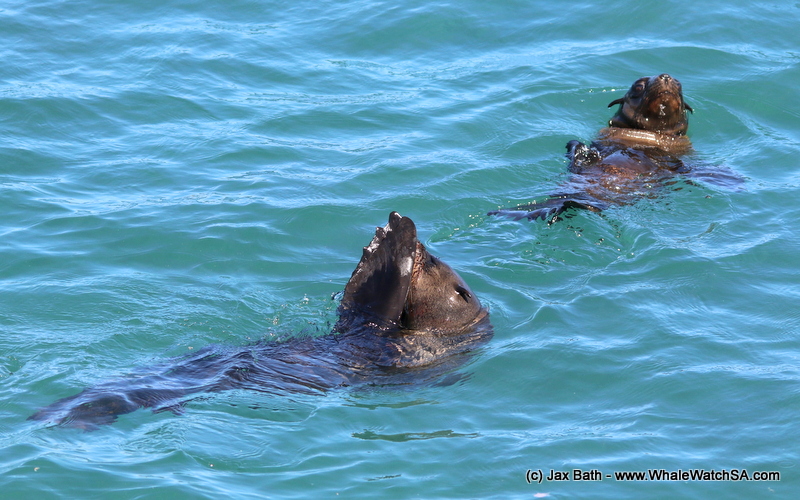 Seals hanging out in the water. 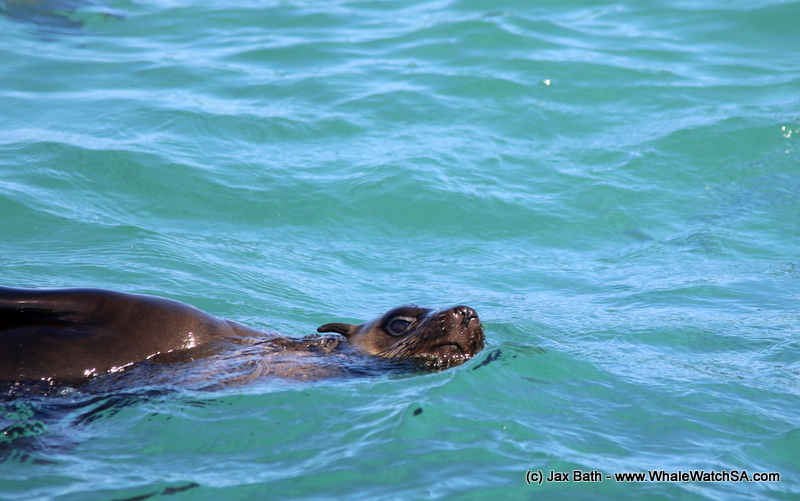 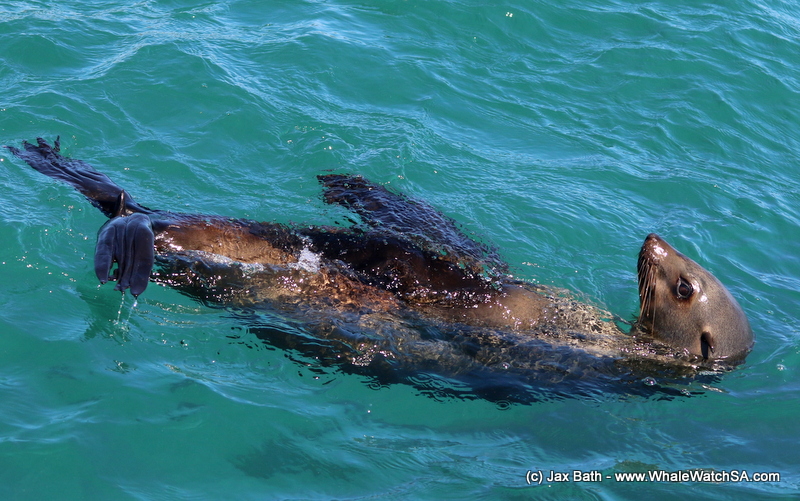 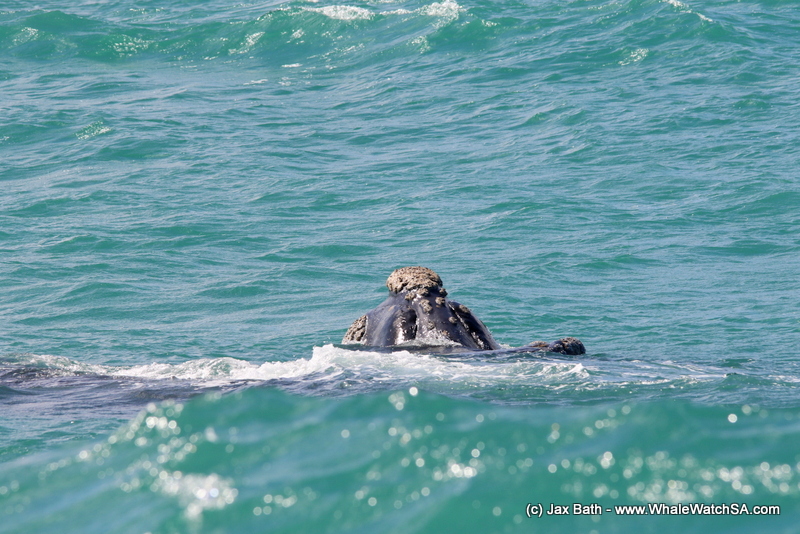 Whales through the swell. 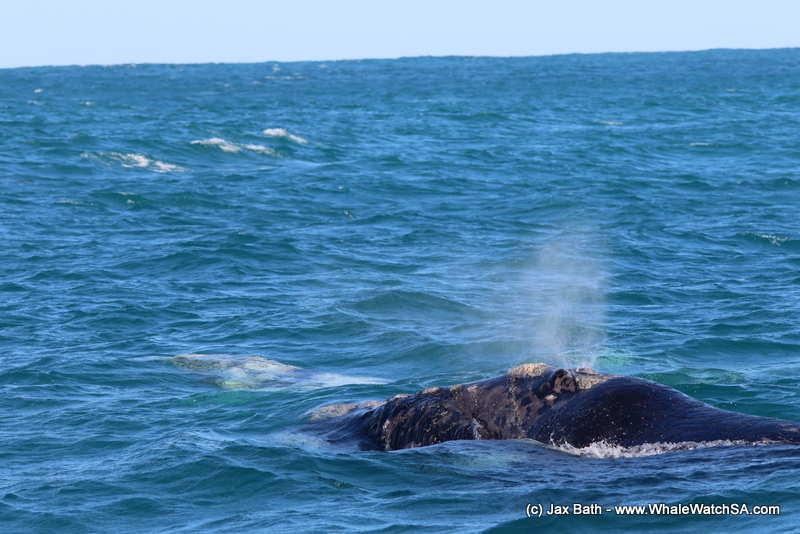 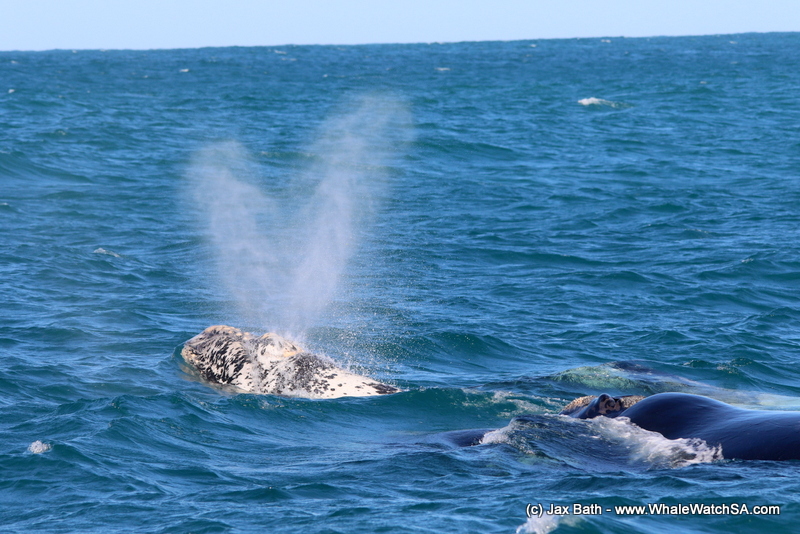 Baby and her beautiful V-shaped blow. 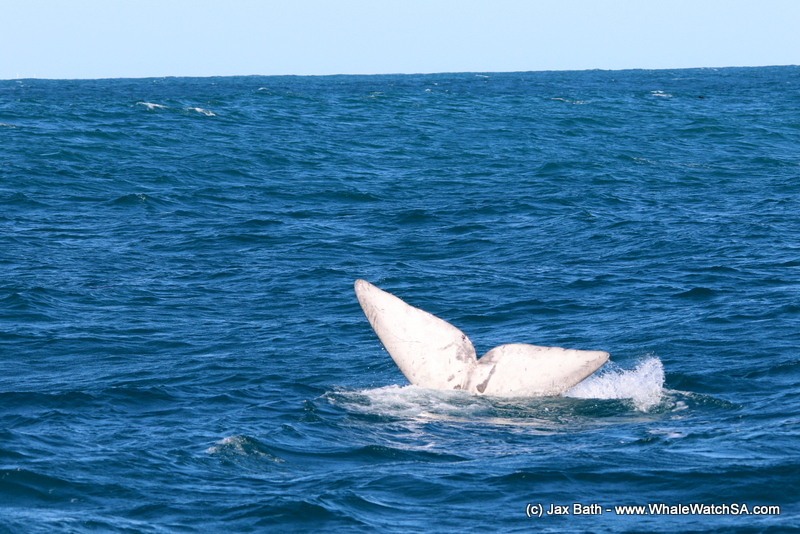 A half Brindle baby. 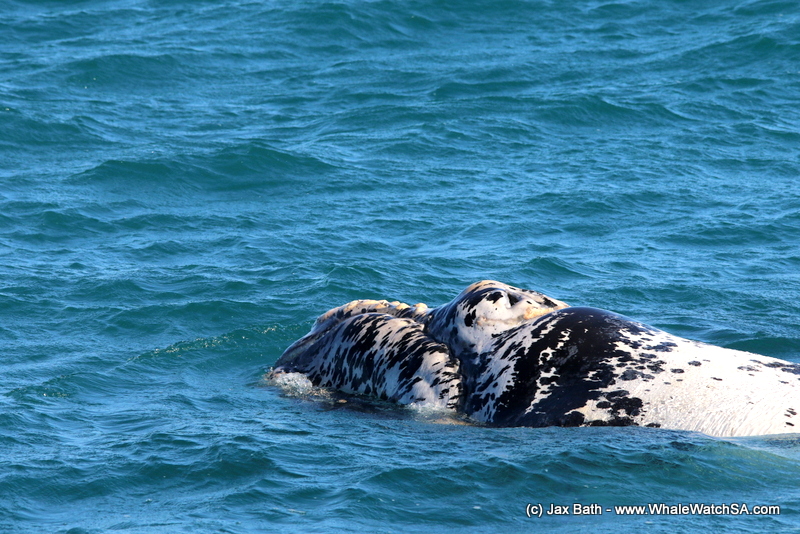 A close up of this gorgeous calf. 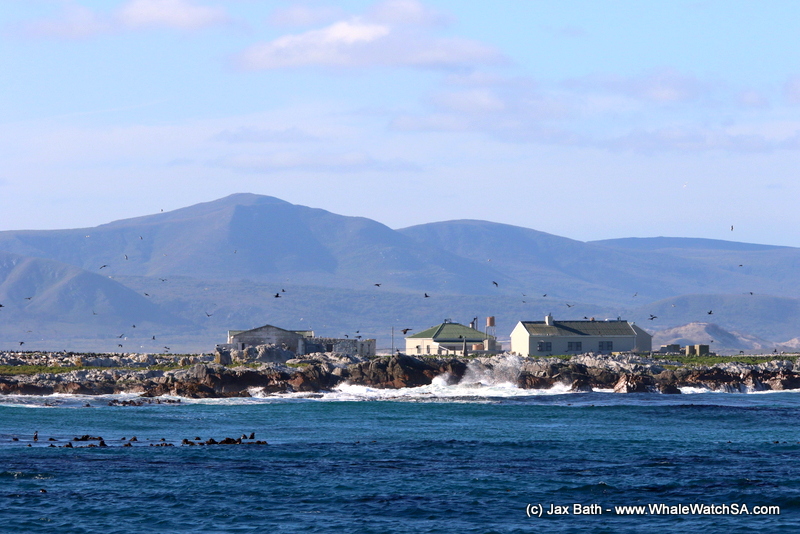 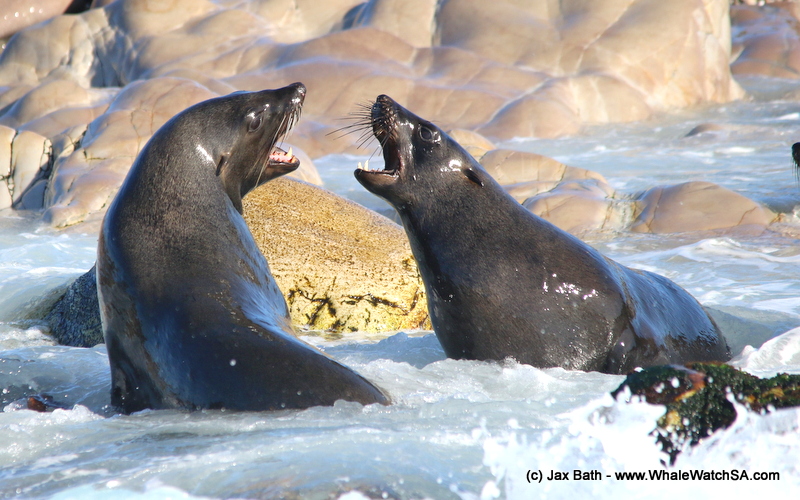 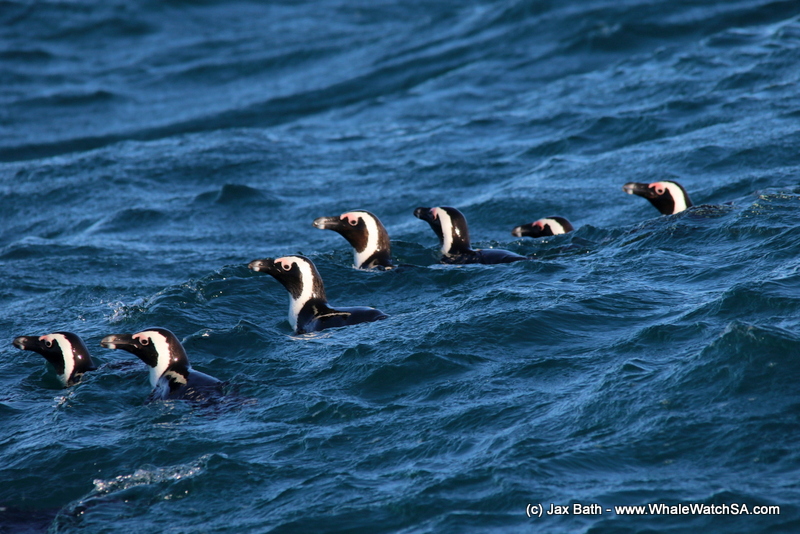 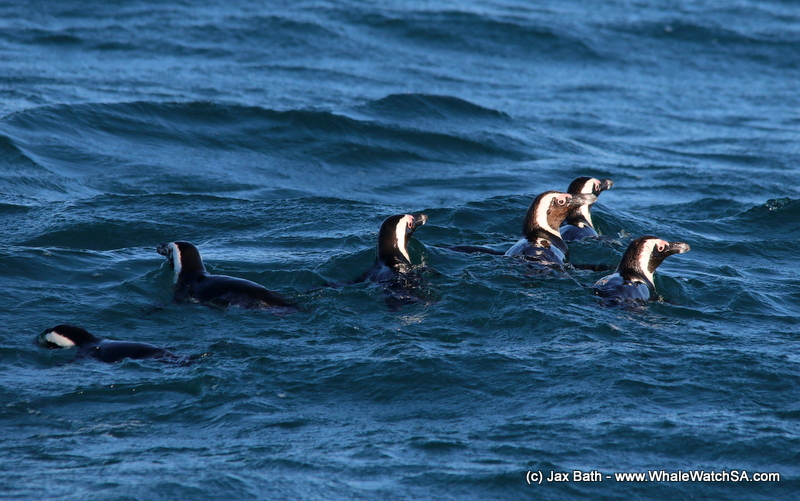 Penguins returning to their home on Dyer Island. 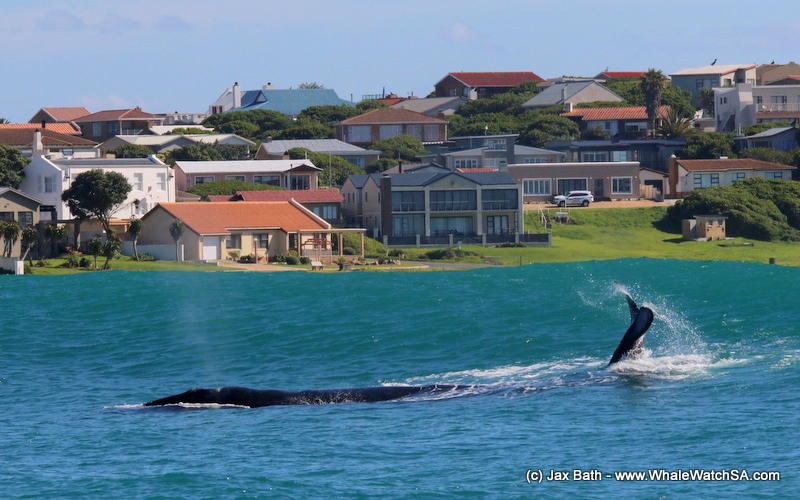 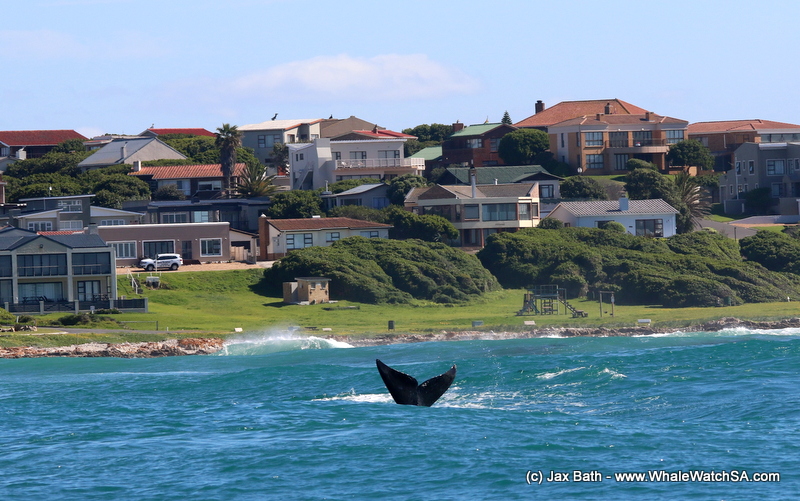 Some more tail action from a calf. 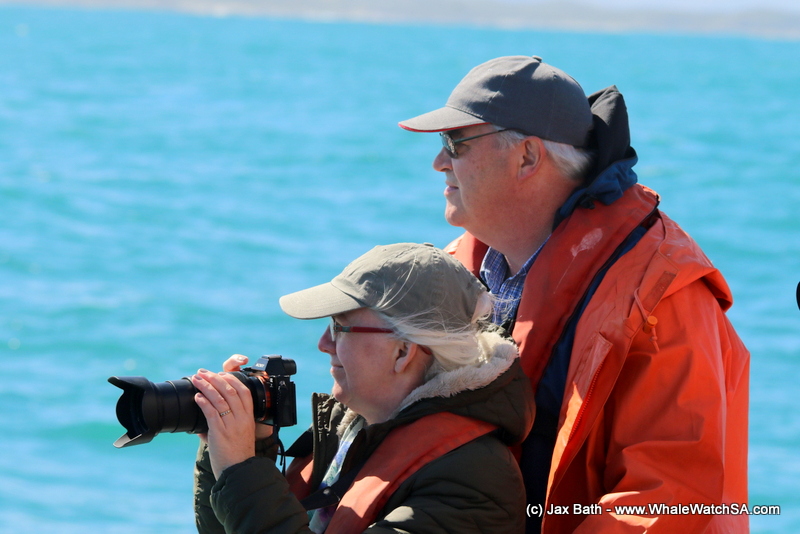 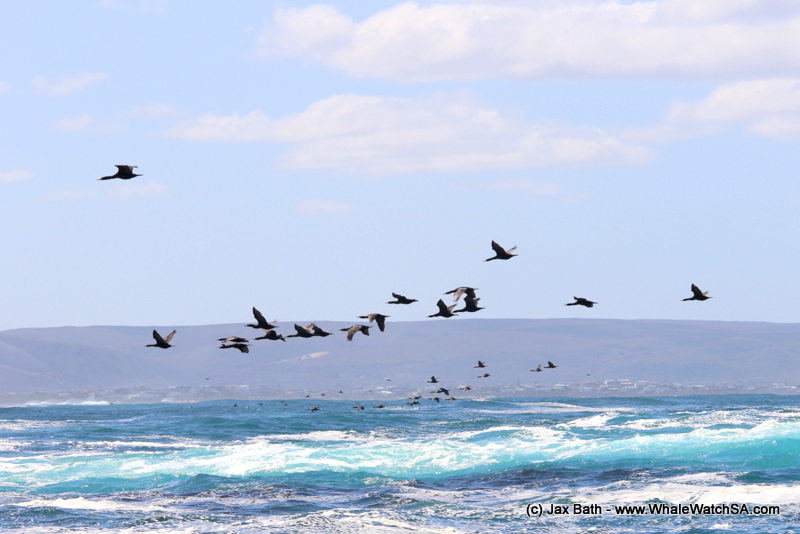 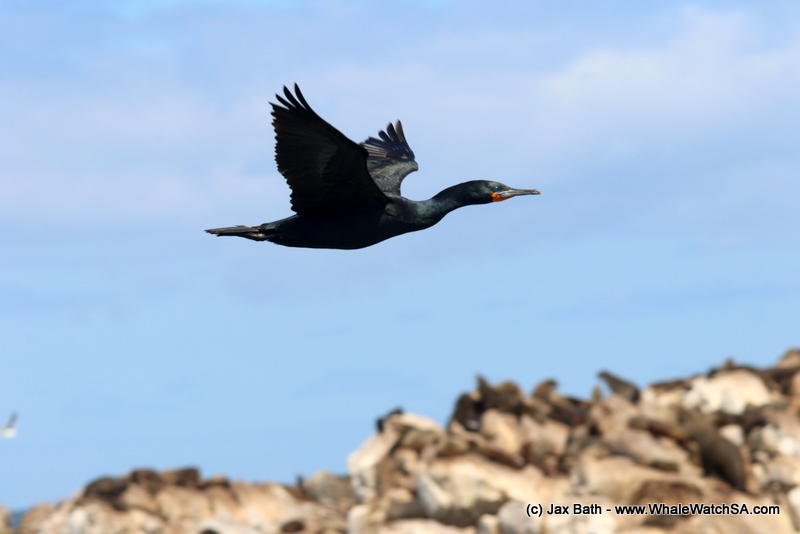 A Close up of an Endangered Cape Cormorant travelling past Geyser rock. 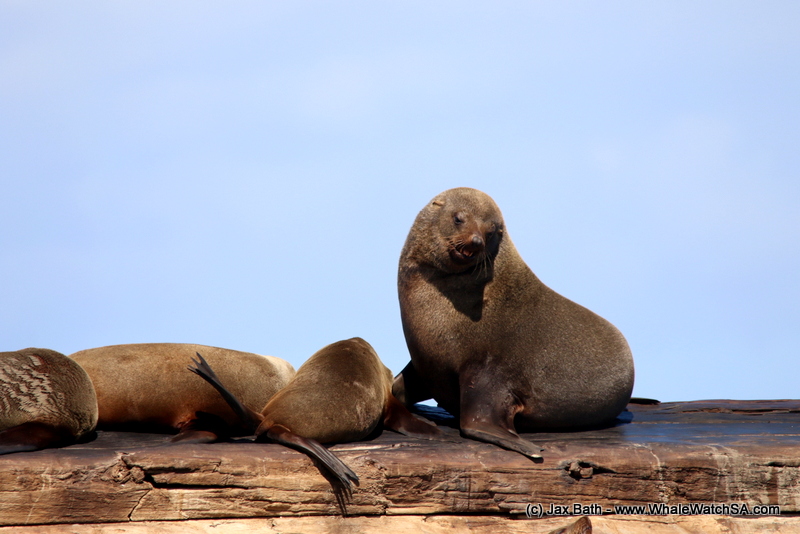 A Cape Fur Seal on the Prince Port.