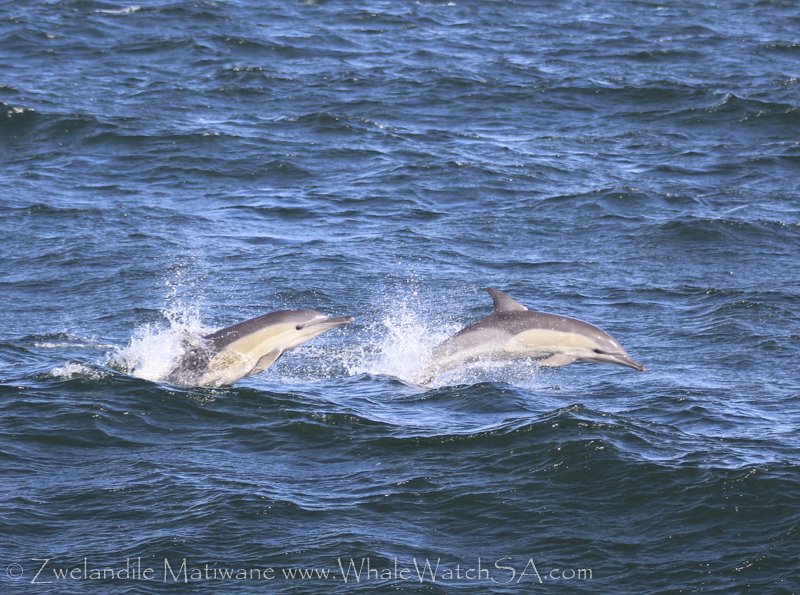 You just never know what is going to happen out on the water, which is what makes it so exciting to work with nature. No two trips are ever alike.

Today we did three quite different tours out there. On trip one we started with an incredible sight, thousands of cape cormorants flying past. We not only got to see the cape fur seals on Geyser rock, but there was also a lone African penguin amongst all the seals. After seeing a bronze whaler shark by Slashfin we finished with spending time with some of the mother and calf southern right whales in the bay.

On trip two we started with the whales, spending most of our time with one pair of whales that were travelling very slowly, coming up close to the boat. This mother and her calf seemed very relaxed as she slowly made her way along the bay. We also got to see bronze whaler sharks briefly again as well as the ever present cape fur seals.

The last tour of the day was pretty windy, however a special treat was in store at the end. At the beginning we spent time with three southern right whales, a mother and two calves. We believe one calf was the lone one that we think has lost its mother and it looked to possibly be trying to get milk from this other mother. We have seen this lone calf sometimes for the last two days. There is no documented sighting ever of twins in whales and considering the mother whale is fasting and can lose a third of her bodyweight while raising one calf, we are sure twins would never survive. So it seems unlikely this mother will ‘adopt’ the lone calf. We watched this interaction for a while but did not want to spend too long with these whales, considering the distress that might be going on between them.  Then, while we were watching the cape fur seals on the island Kira, our eagle eyed spotter noticed some splashes behind the island and so after the seals we went behind the island and a huge pod of common dolphins was travelling fast along in the deeper water. There were hundreds of dolphins, some leaping out of the water next to us while others were riding the bow wave. Common dolphins are not a very common sight at this time of year, so this was an extra special treat. 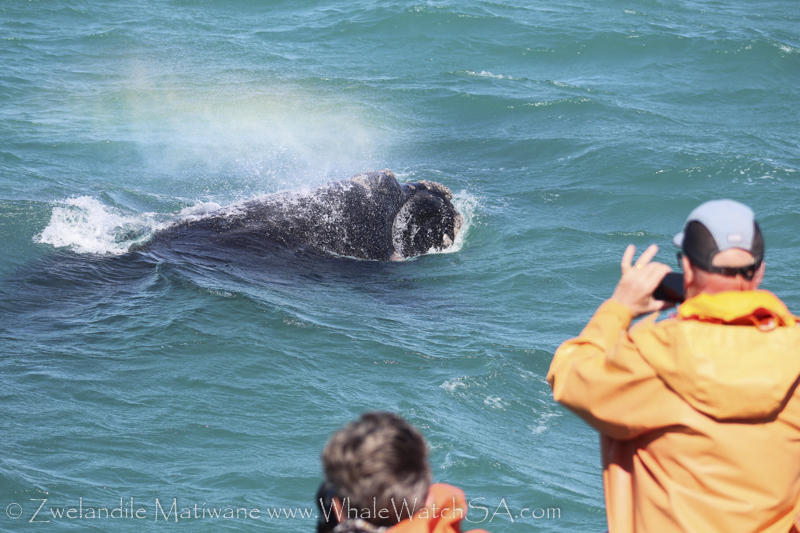 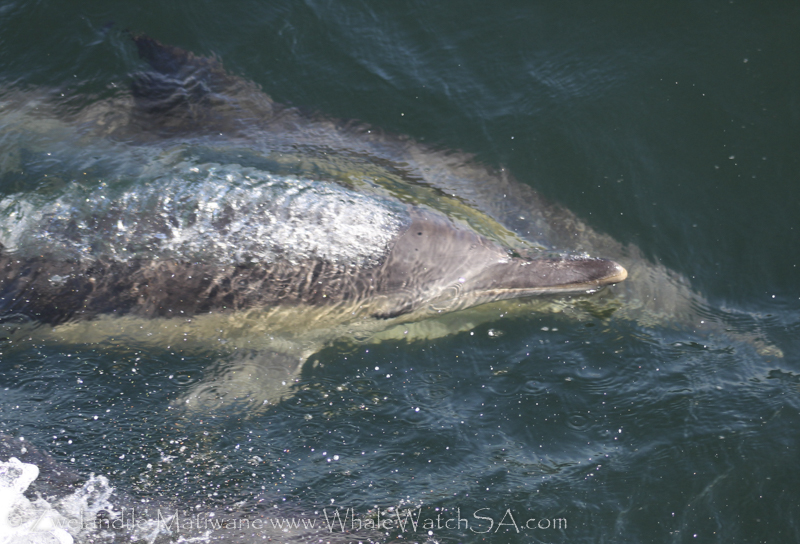 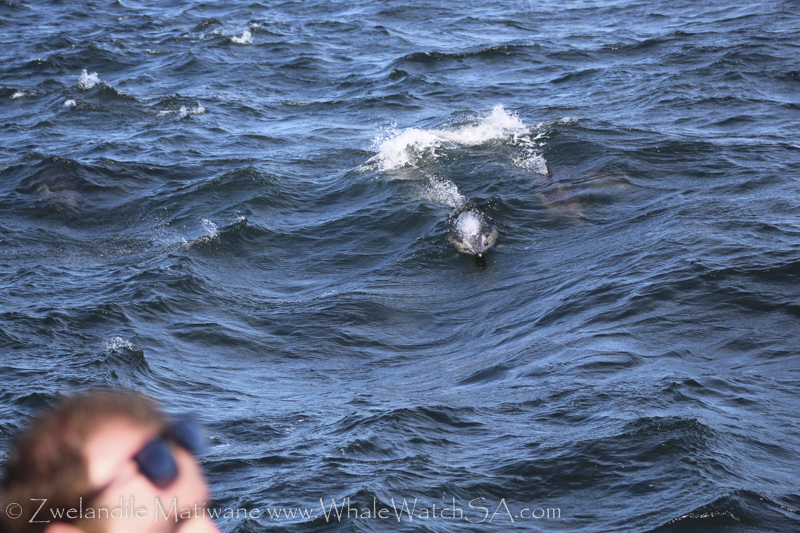 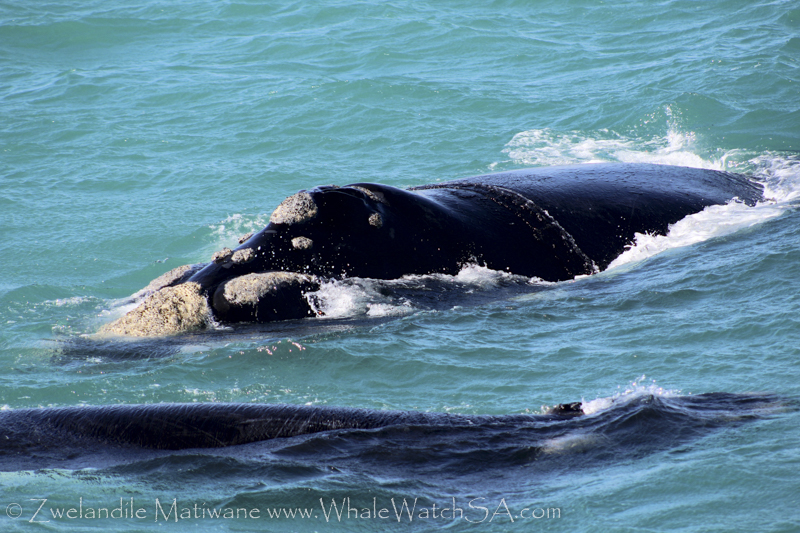 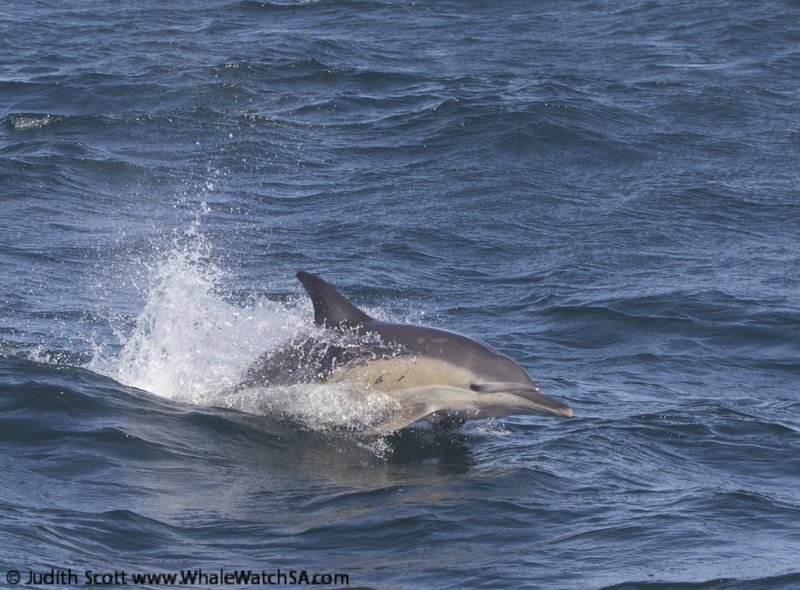 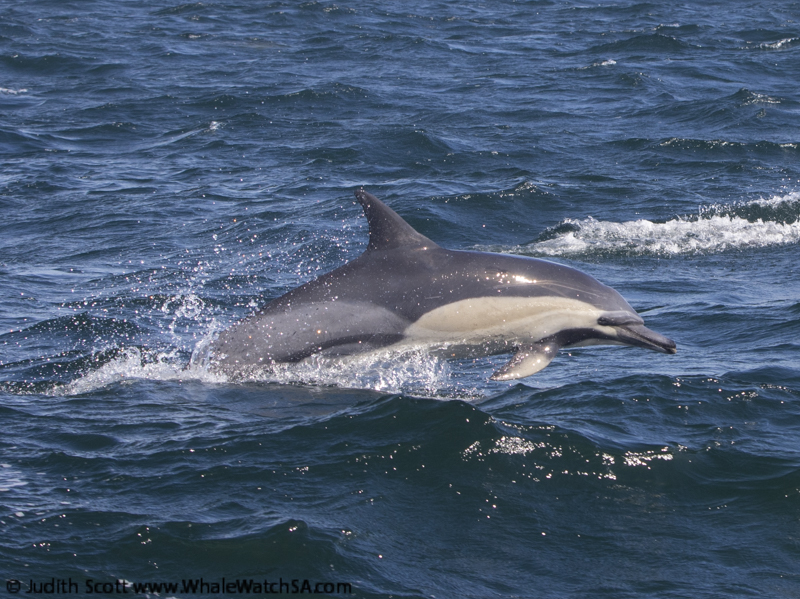 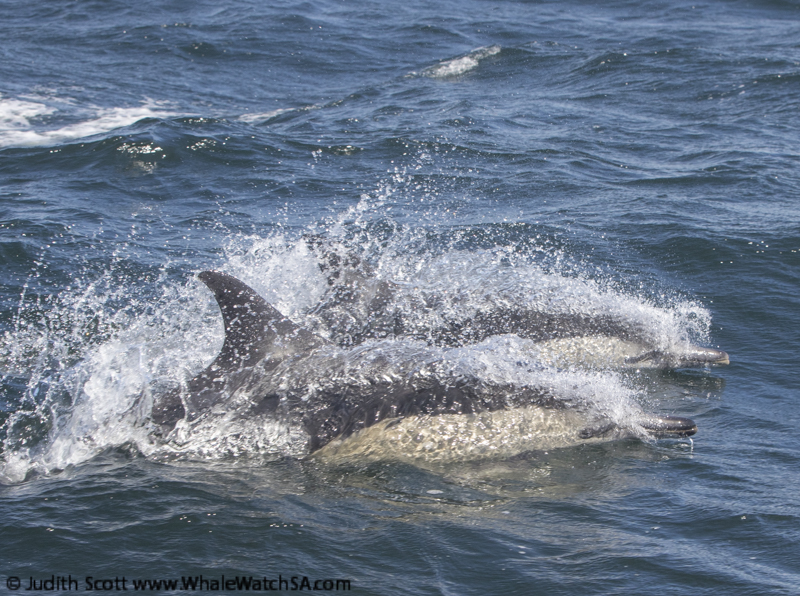 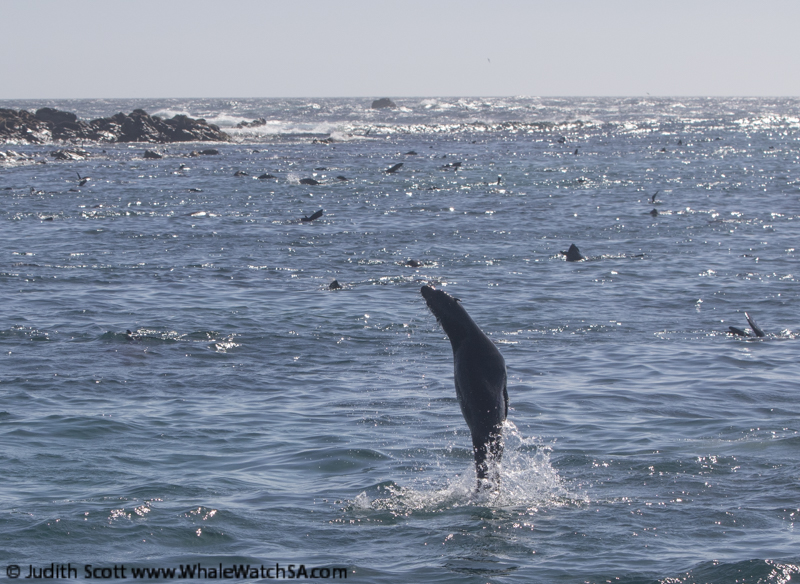 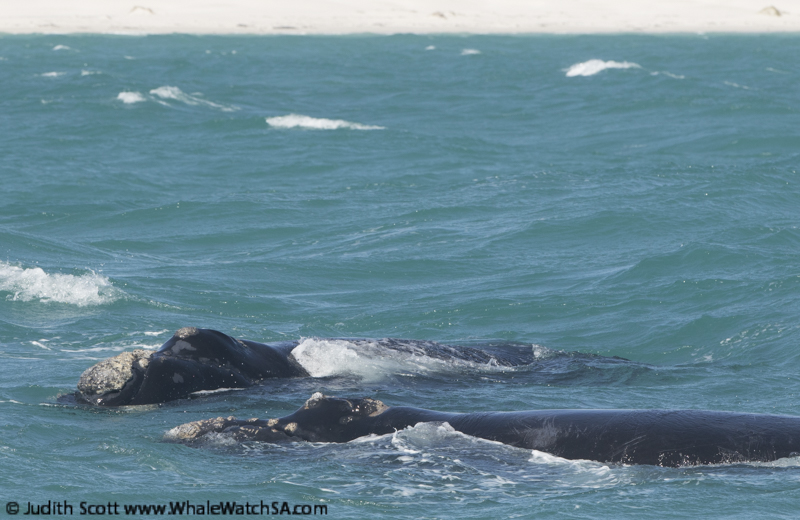 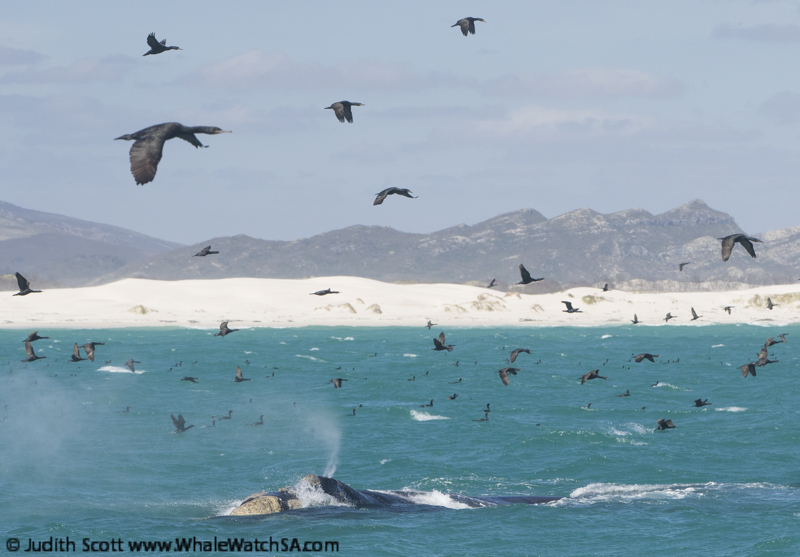 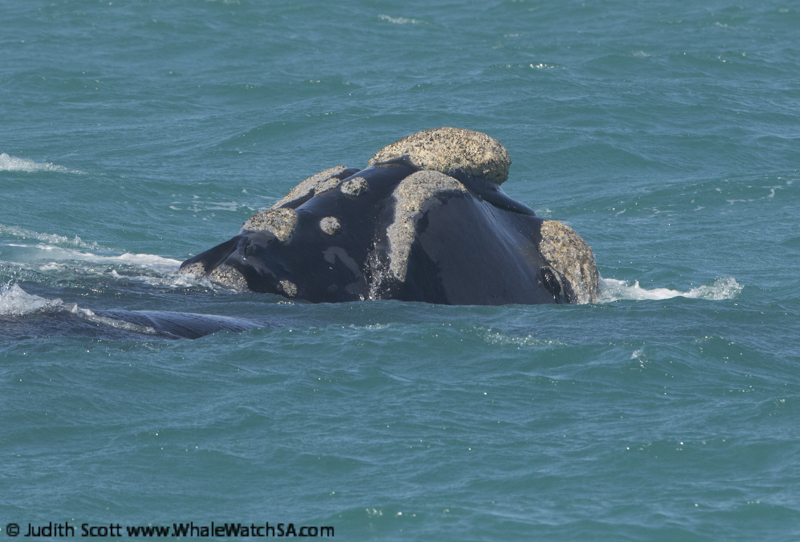 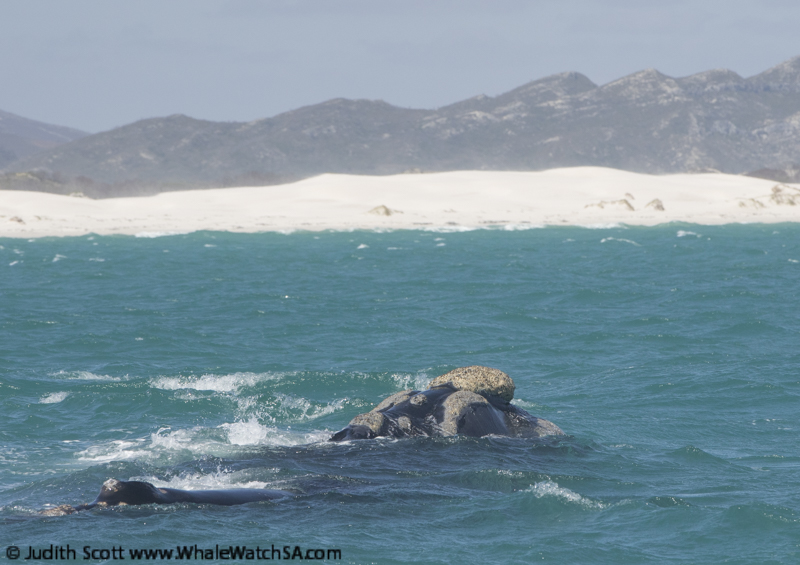 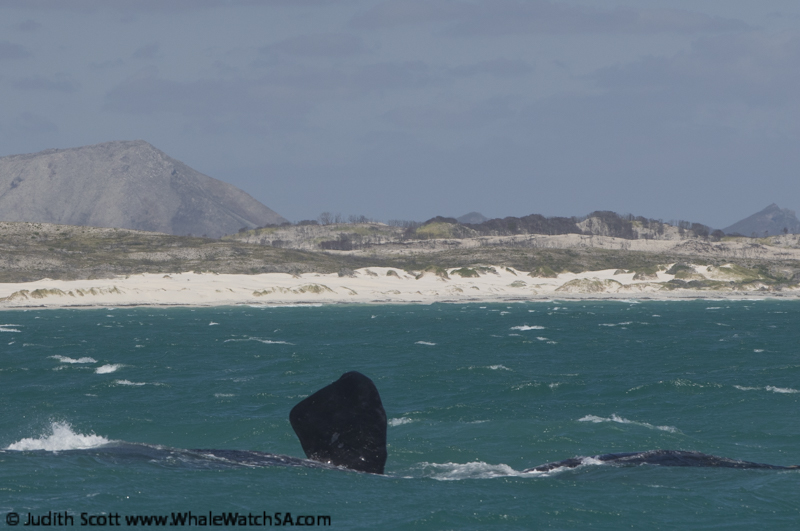 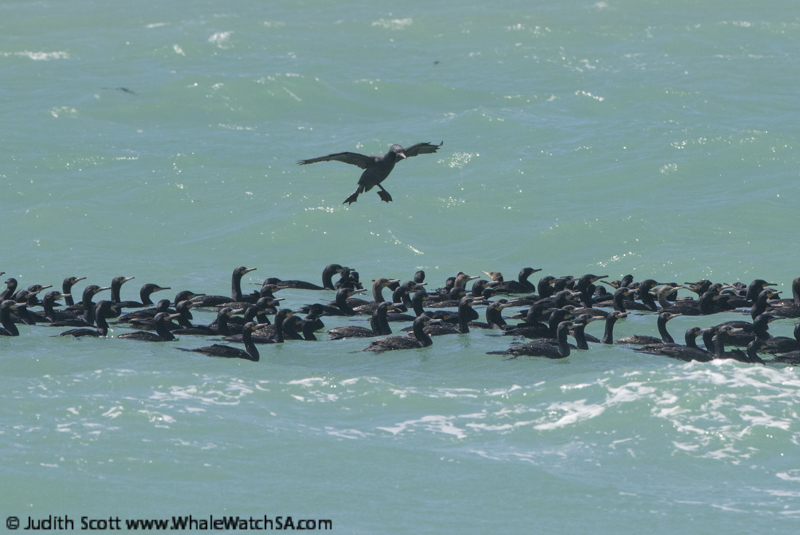 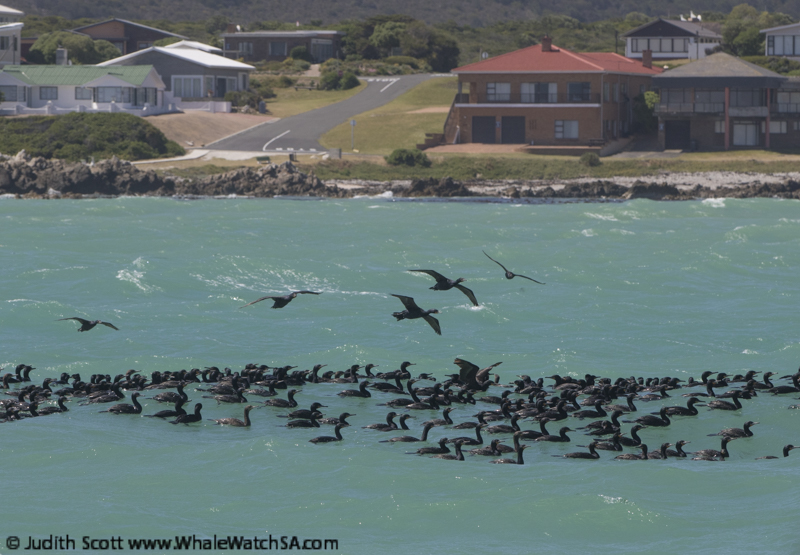 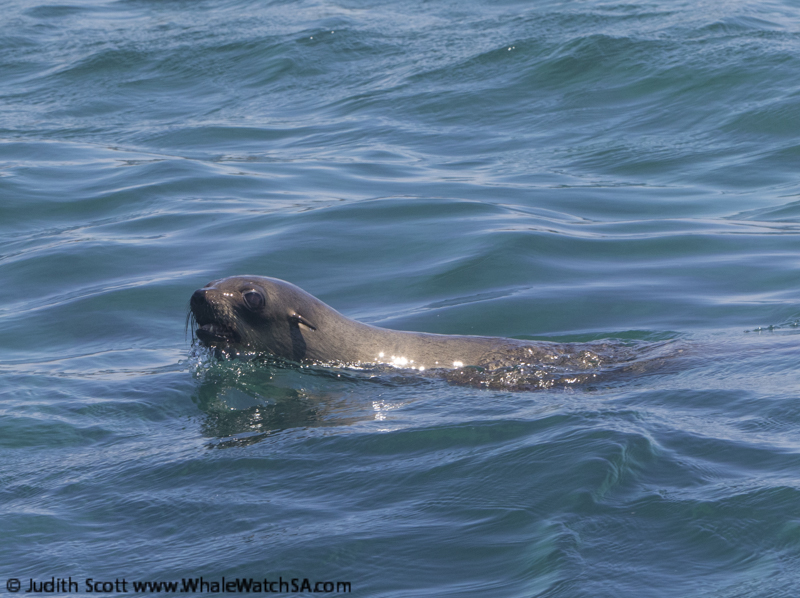 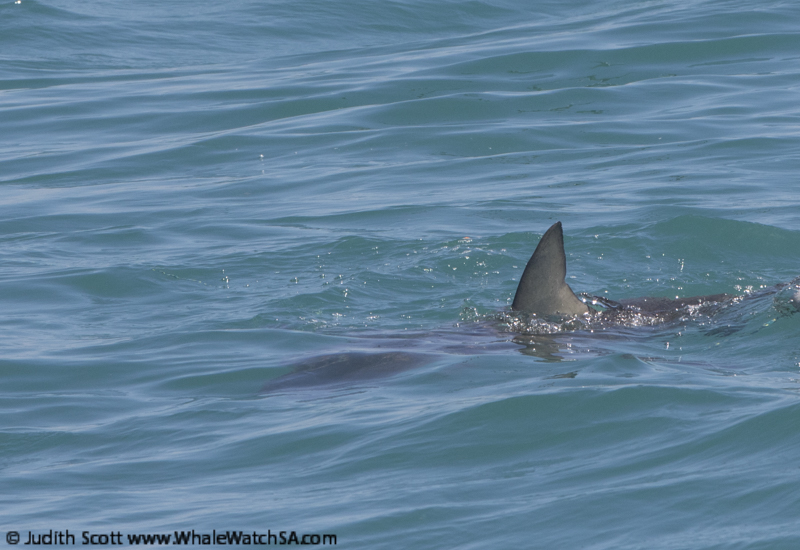 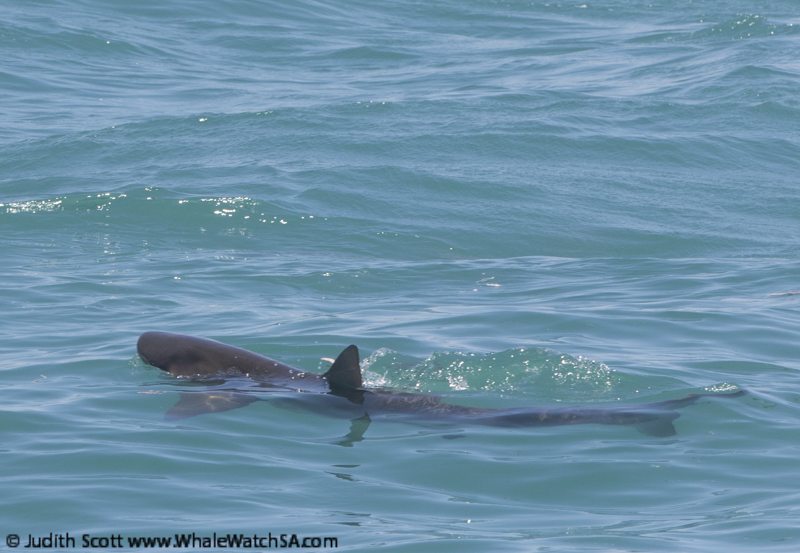 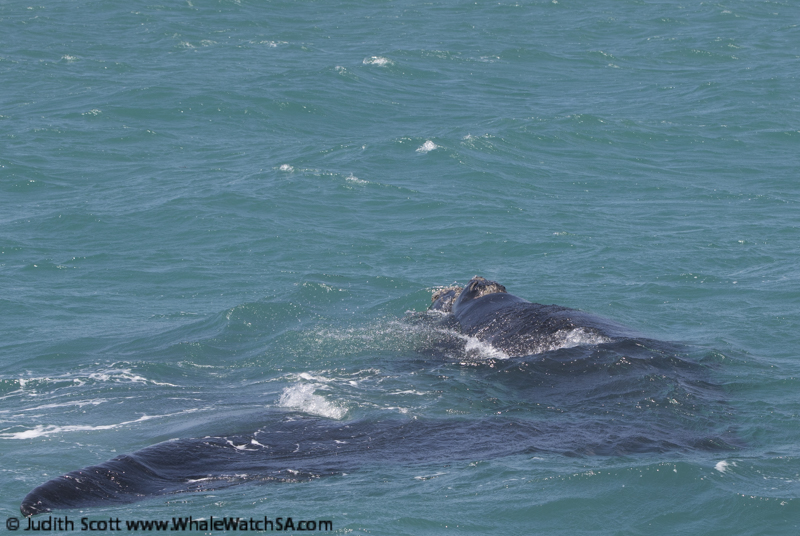 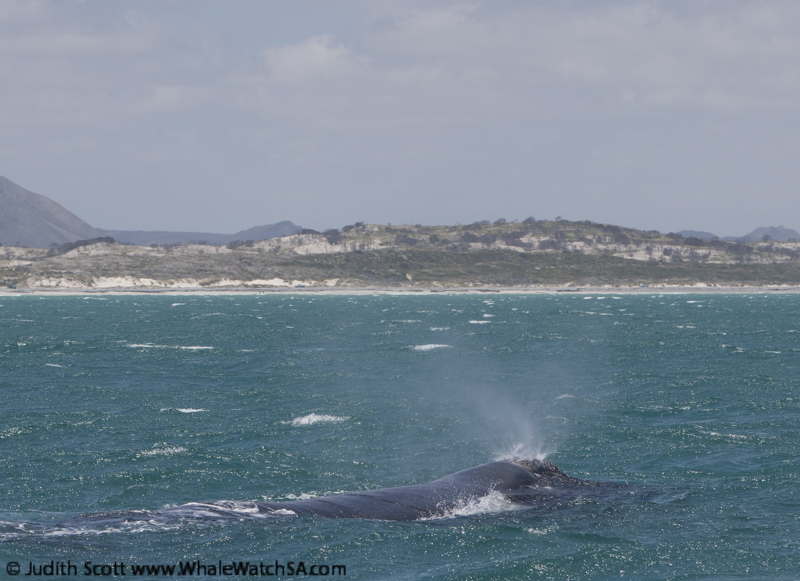 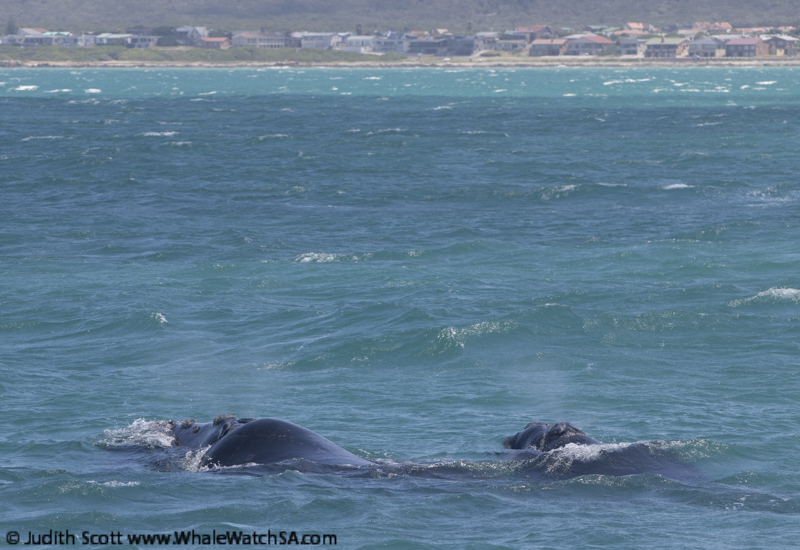 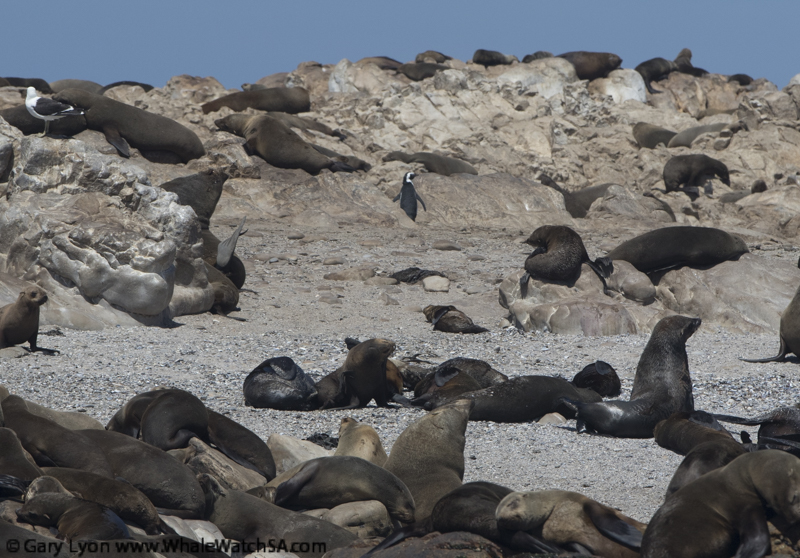 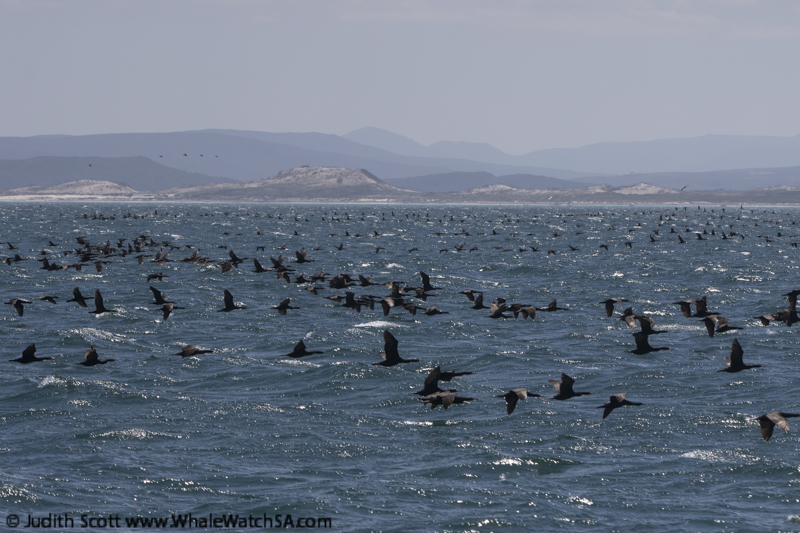