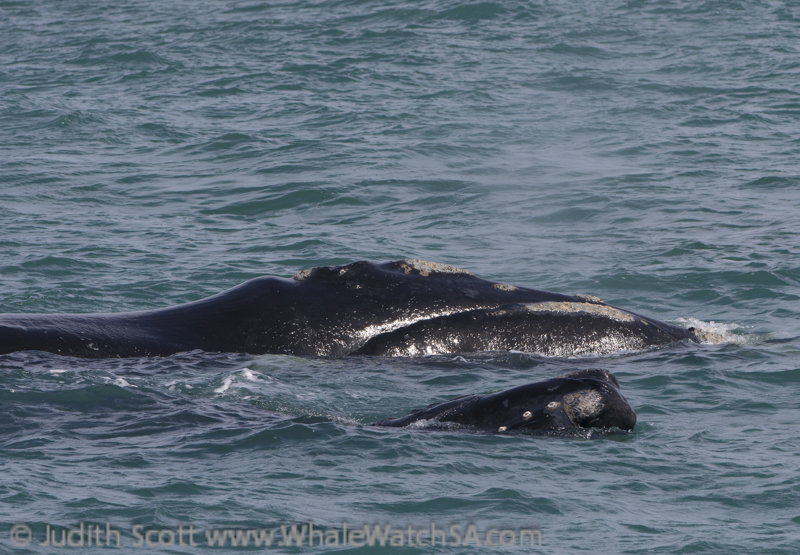 On another busy but satisfying day here at Dyer Island Cruises we once again spent four trips out with the southern right whales and our other amazing wildlife. On both of the first two tours the wind was quite low and so we had pretty calm seas. Our first encounter of the day was with a juvenile southern right whale. It gave us a very close look. We often wonder why the juvenile whales make the long migration here when they are not old enough yet to breed. Maybe they are also wondering why! We then spent time with some mothers and calves, including a special little whale, a brindle calf. These are the beautiful whales that are born mostly white in colour.

On our second tour we got to see this brindle calf again and spent most of the tour with it and its mother as they were not taking long dives. The South African population of southern right whales has more brindle calves born than other populations of these whales, however they are still a very special sight.

Trip three was very lucky as unbelievably we got to see not one but two brindle calves, as well as some breaches from one of the all black ‘normal’ southern right whale babies. We also had a brief sighting of a mother whale lob-tailing, where she lifts her huge fluke out of the water and splashes it back down.

The last trip of the day was exceptional as we spent the trip mostly with a mother whale that lifted her tail high out of the water a number of times. She did some lobtails, splashing it back down but sometimes just seemed to lift it high out for the fun of it. Her calf was nearby and it was hard to know what this mother whale was up to, but it was an incredible sight as the tail of these whales can be up to five metres wide!

The first tour of the day briefly got to see a bronze whaler shark by one of the shark diving boats as well as a nice group of our endangered African penguins. Trip three also got to see some penguins. Like always, our seals were every present on Geyser Rock and as we cruise up and down shark alley, there playing around in the water and constant socialising on land always give us something to look at and a great photography challenge. 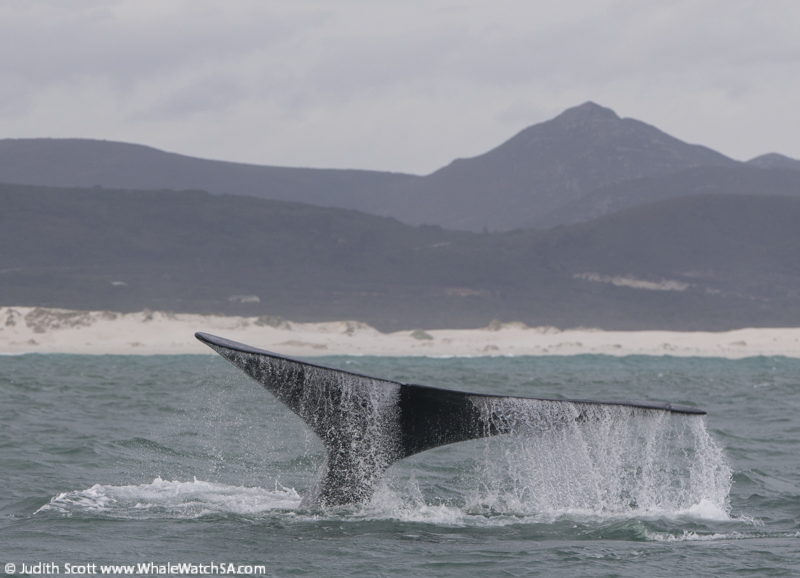 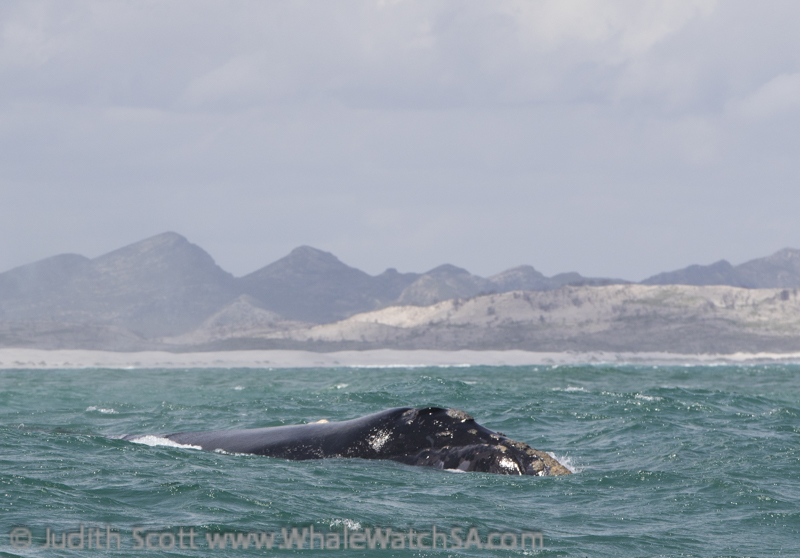 A mother and her calf southern right whale 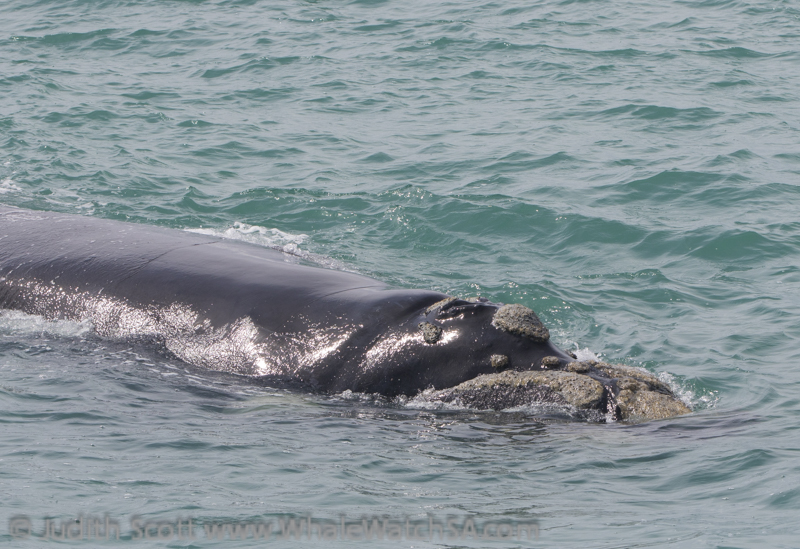 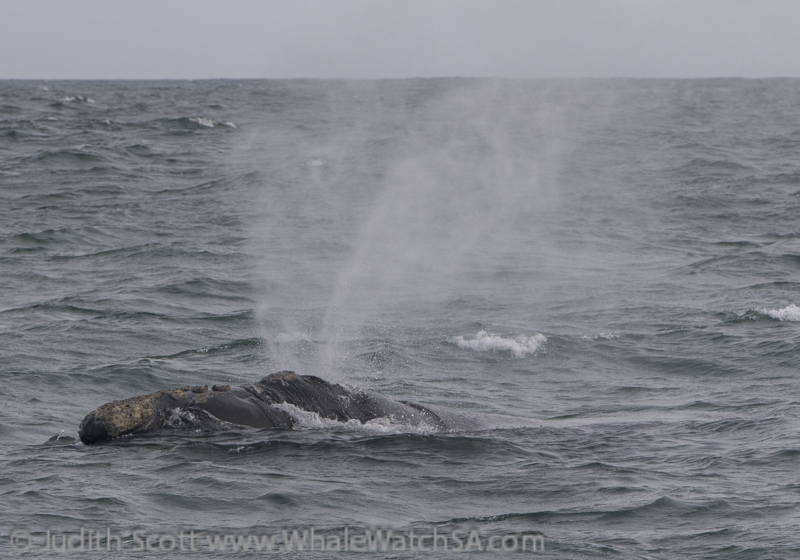 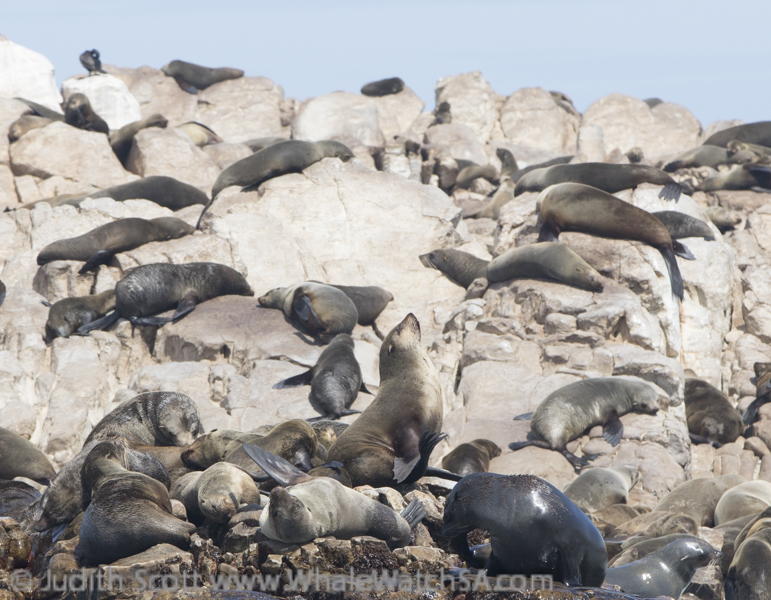 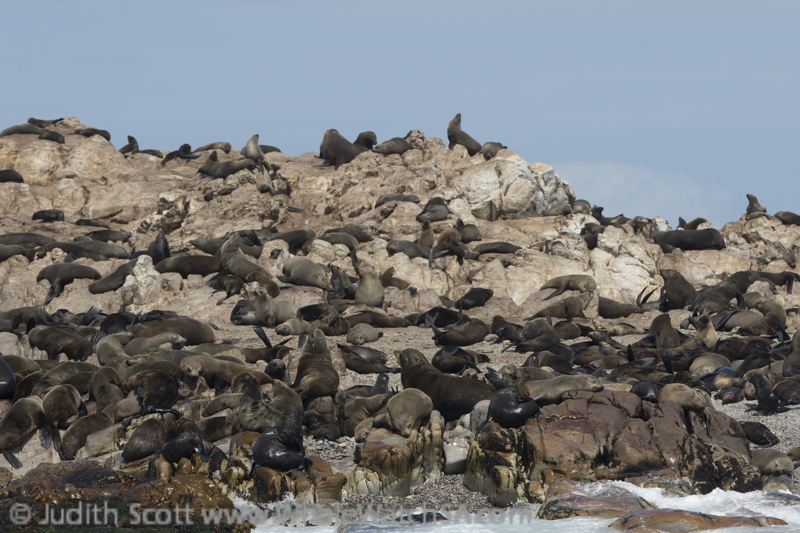 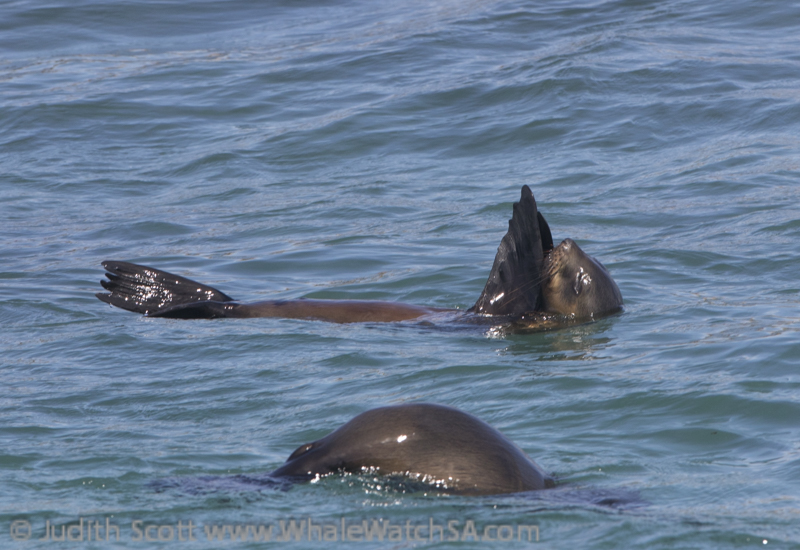 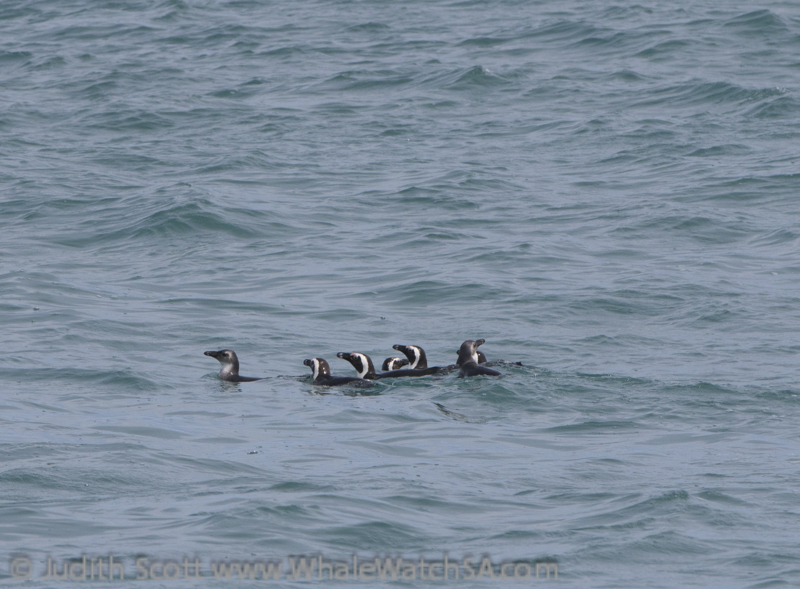 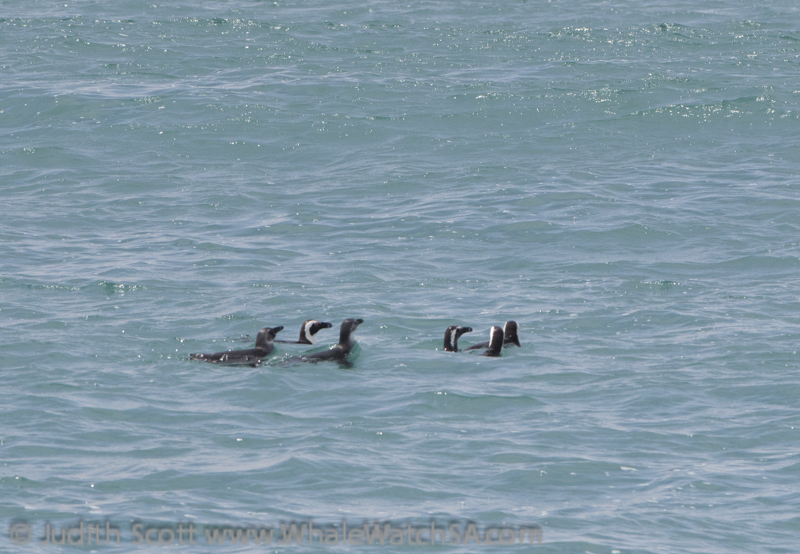 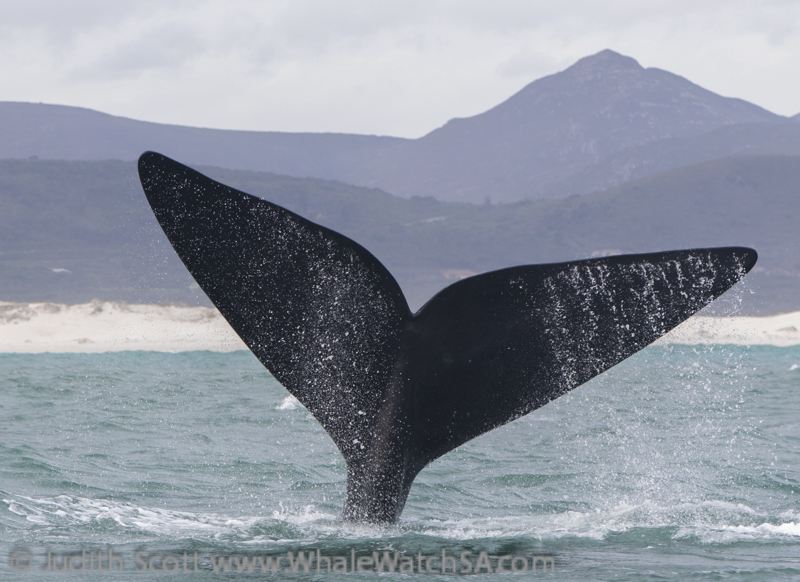 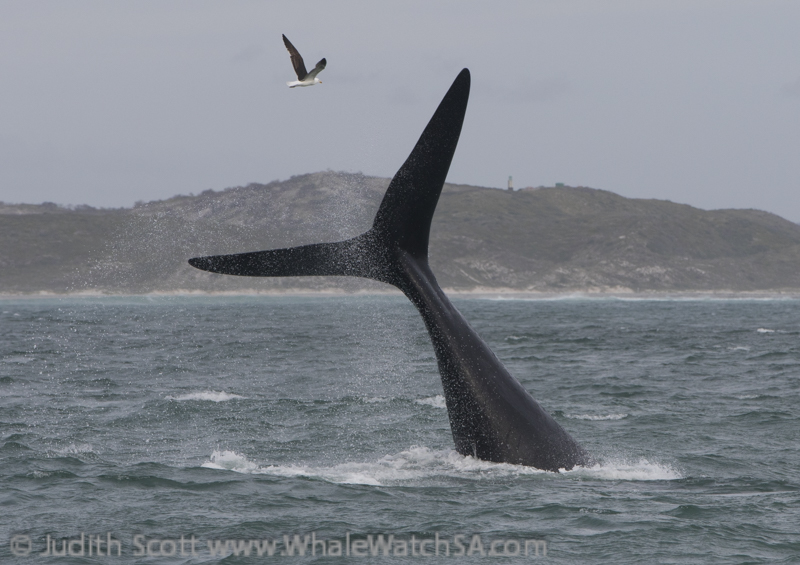 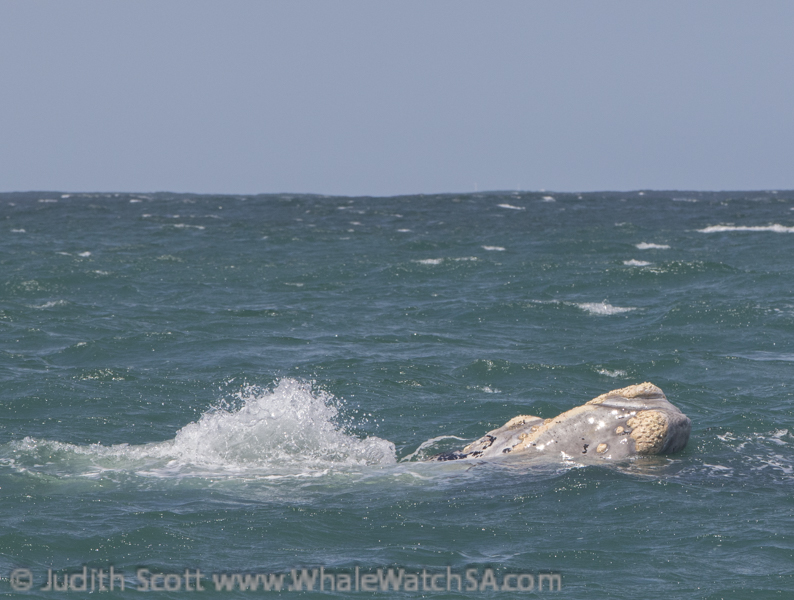 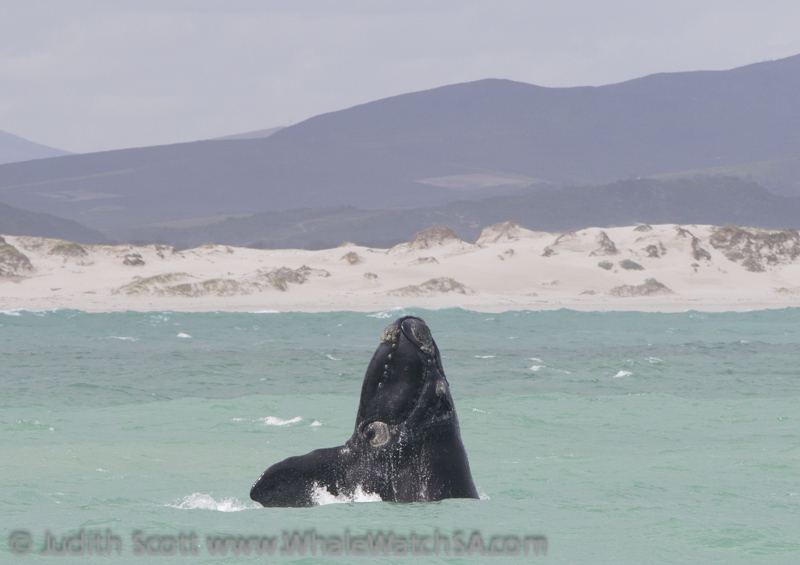 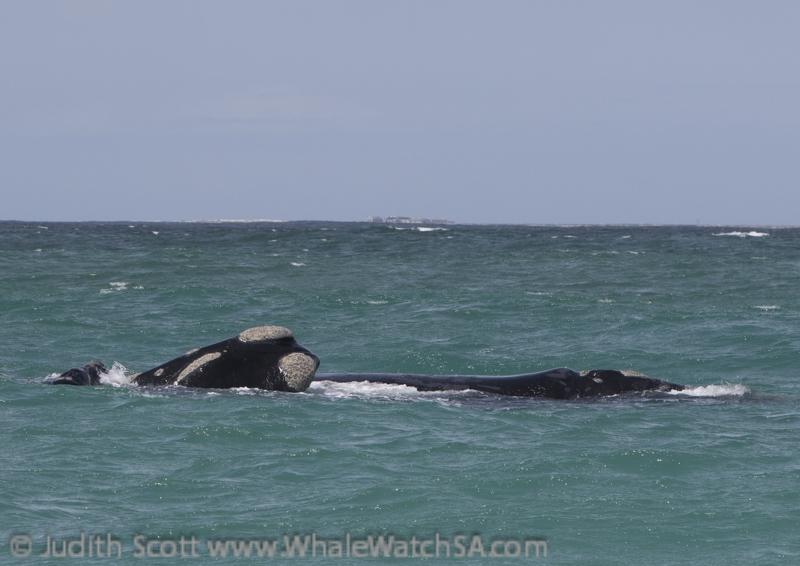 Two mother whales with one calf at the surface