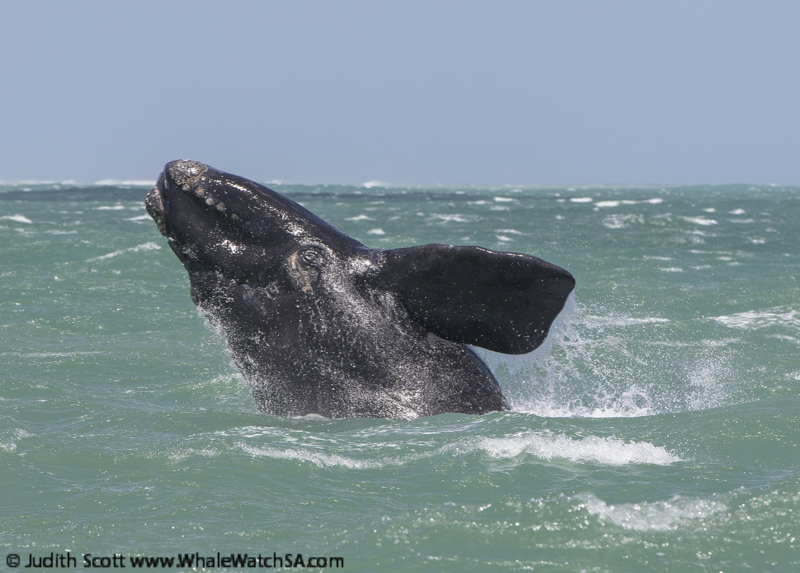 We needed to have some intrepid passengers out there today and we did so, with lots of smiles and laughs as we bounced on the waves! The wind picked up today as the day wore on, but with wind often comes more whale action and our whales did not disappoint.

On the first trip the seas were still pretty calm and we got to see plenty of southern right whales with many pairs playing around, some close looks and some spy-hops. We then went over to our sister company and were incredibly lucky to see a great white shark there. This shark had a very beaten up dorsal fin. We also got to see three African penguins on the water on this tour.

On the second trip the wind had picked up and we had some active whales around the boat with a calf that did some nice breaches out of the water towards us. There were plenty of other whales around as well and we got some great looks. This trip and the first both got to go to Geyser Rock to see our cape fur seal colony, however there were some pretty amazing waves coming out of ‘shark alley’ which we had to negotiate on our way home.

The last tour of the day spent their time with the many southern right whales. By this time the wind had come and it was not safe for us to go out to the island, however we spent the whole tour watching the many whales instead, and we got some amazing action on this trip. As the wind picked up, more and more whales became active and we had some really amazing breaches from one calf close to the boat with more whales breaching further away. We also had two close approaches with a calf swimming right under our boat. We all came home wet, but satisfied! 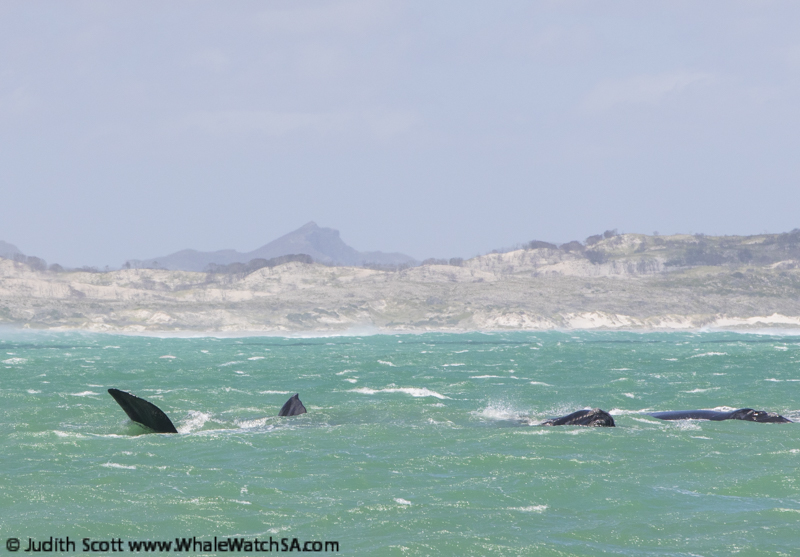 So many southern right whales around 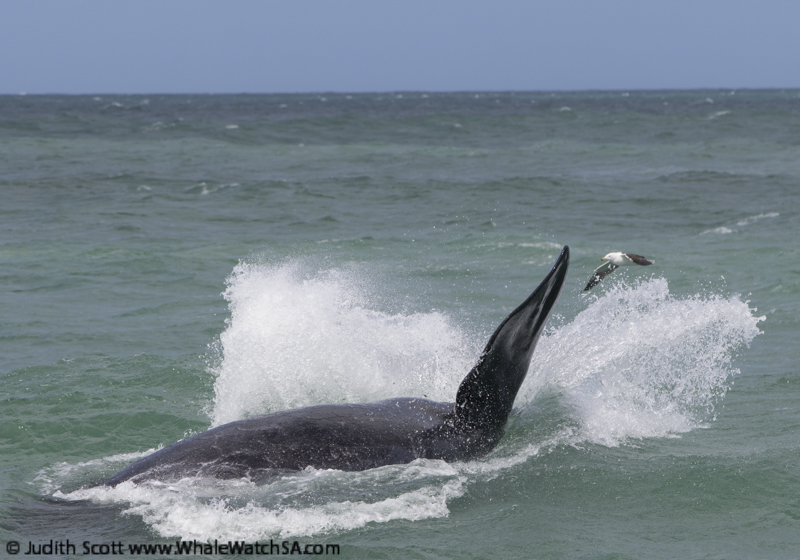 Southern right whale calf making a splash next to the boat! 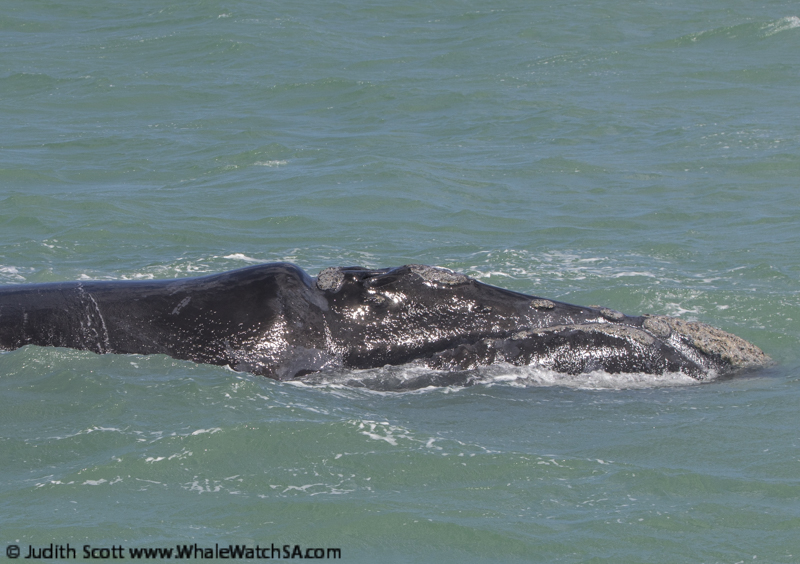 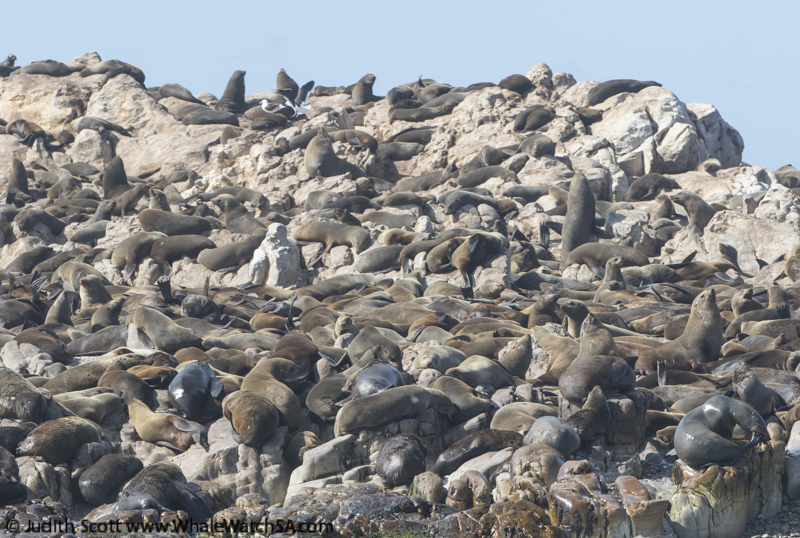 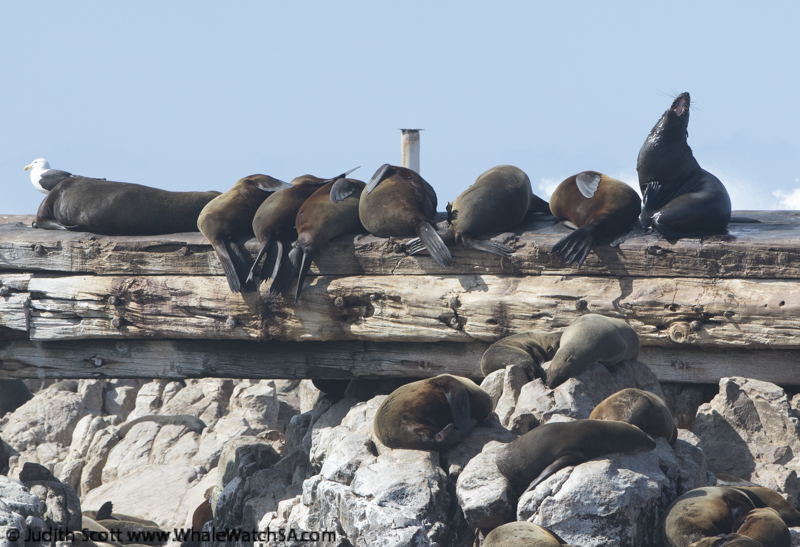 Cape fur seals on the shipwreck 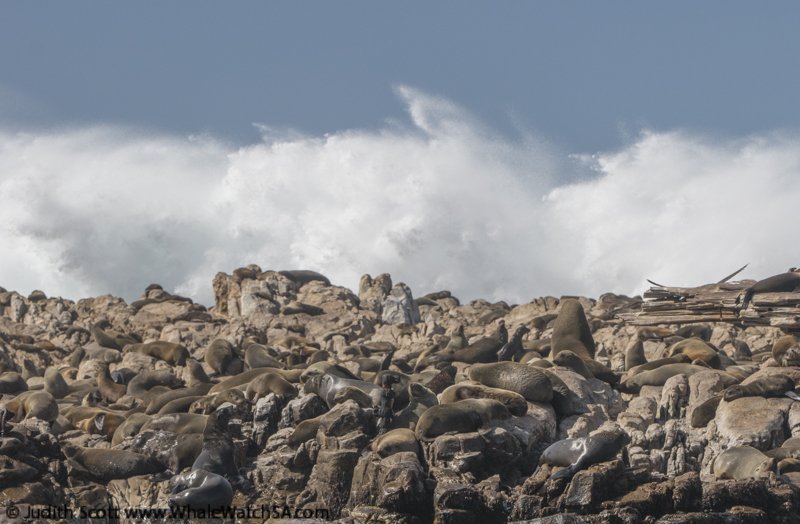 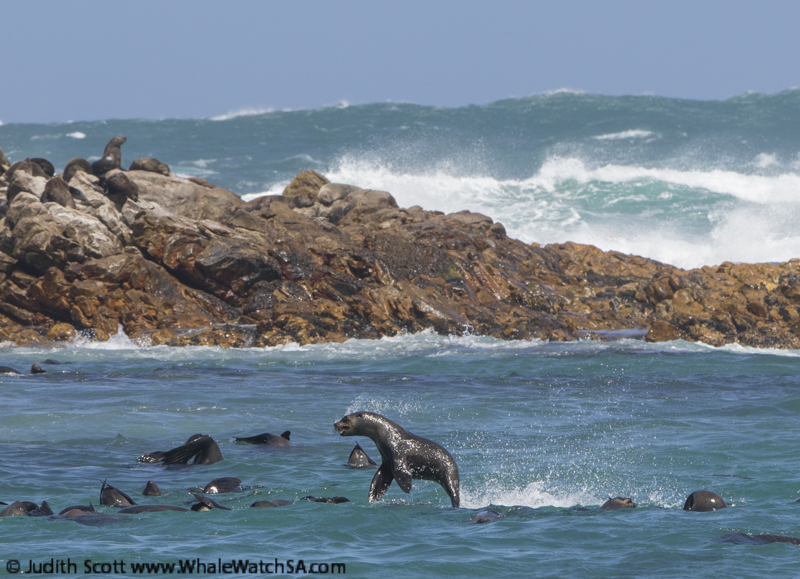 We can’t all look as good as a whale when we jump out of the water! 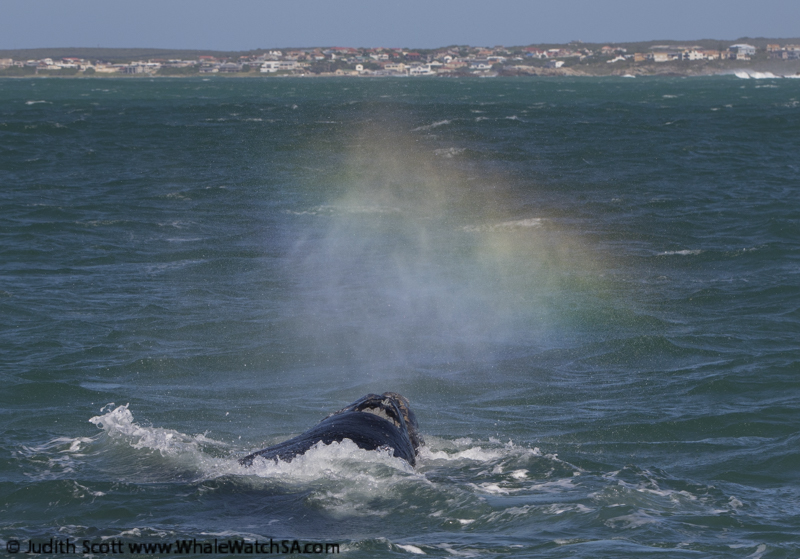 A southern right whale calf makes a ‘rainblow’ in the sun 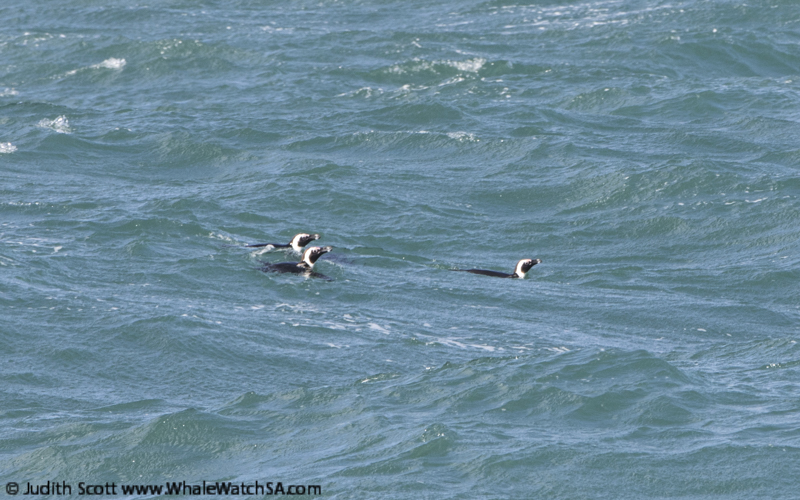 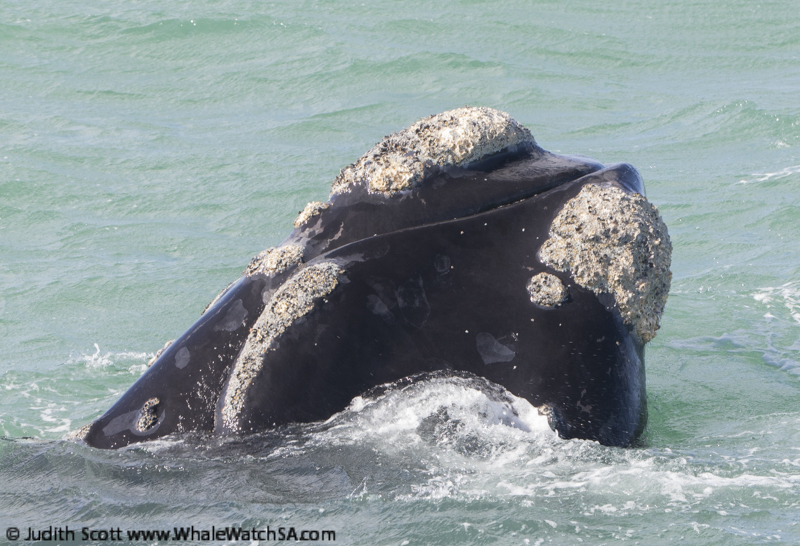 A southern right whale mother comes close to look at us 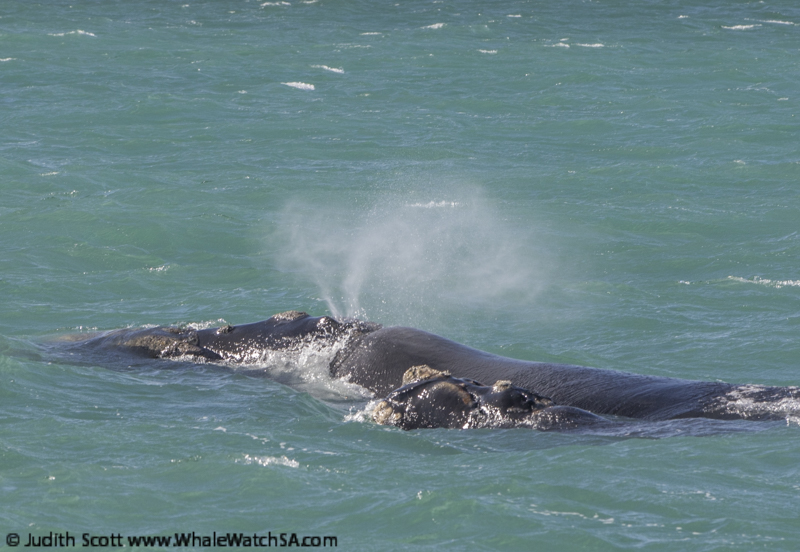 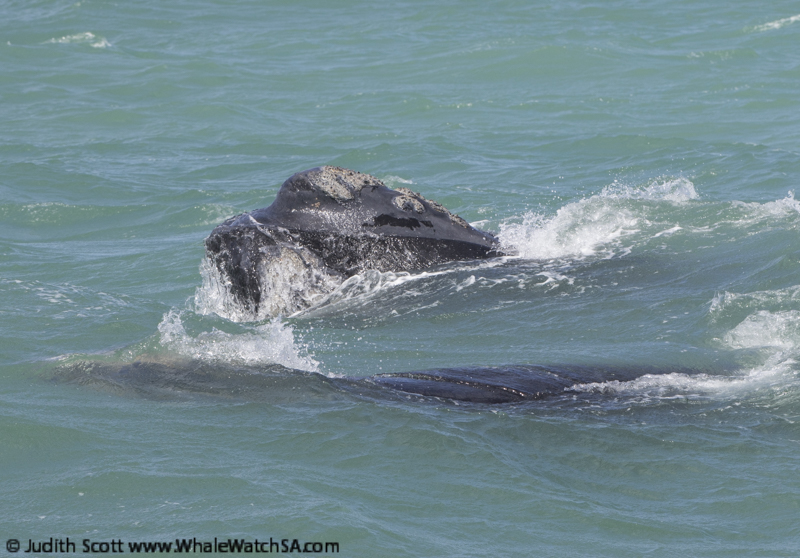 A mother whale showing her callosities 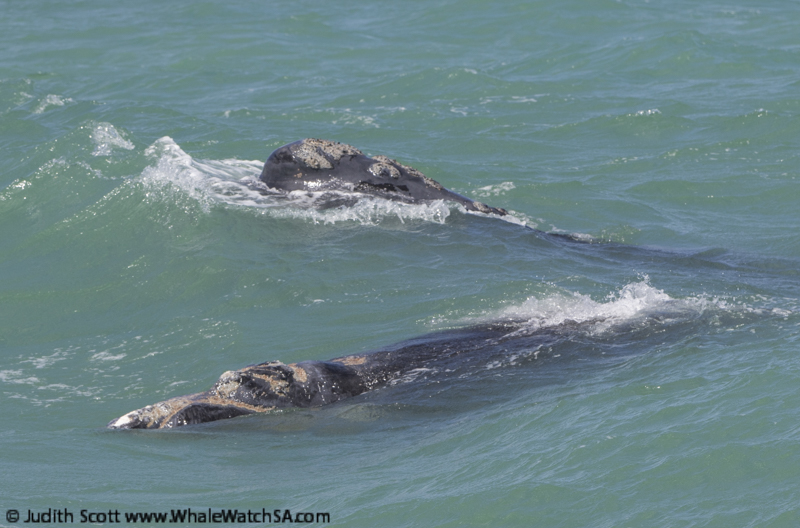 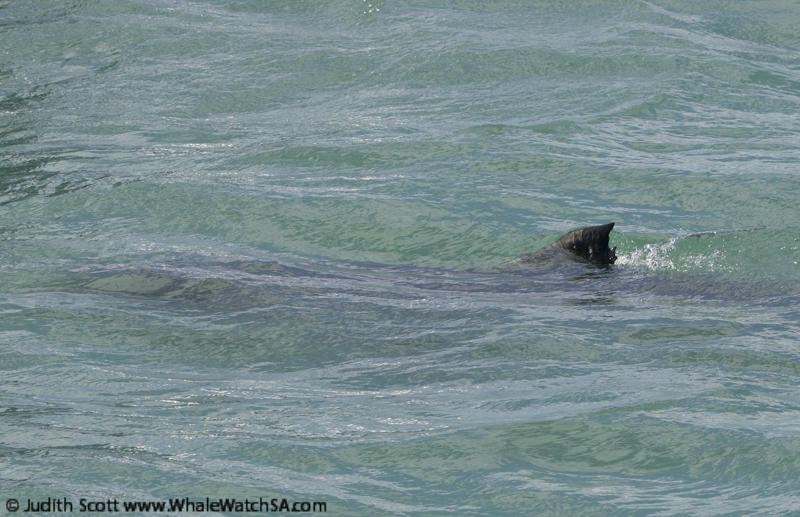 A rare sighting for us on the whale boat, a great white shark cruises by 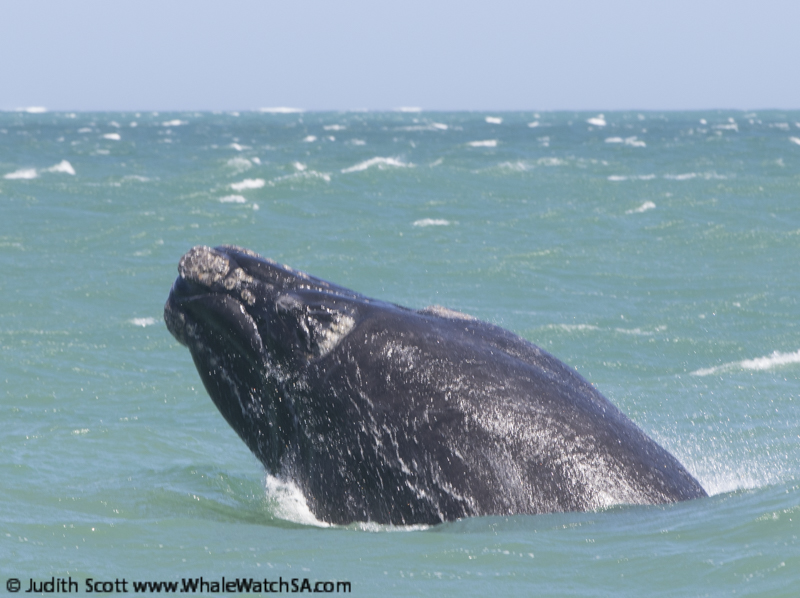 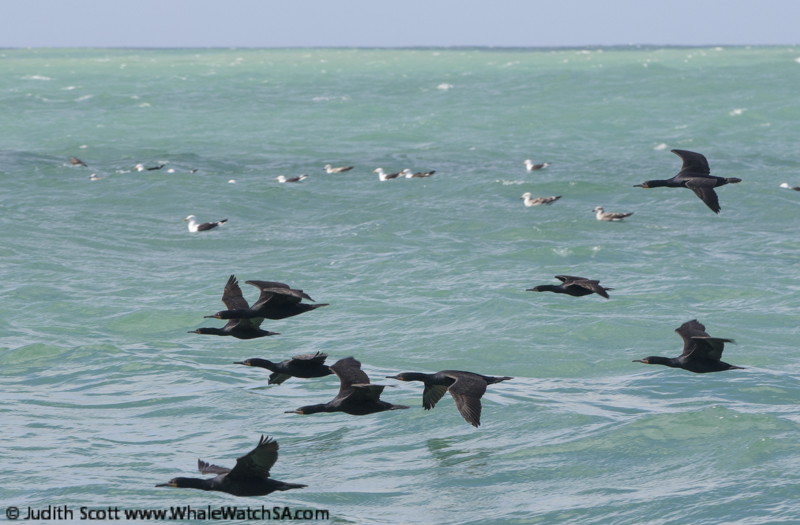 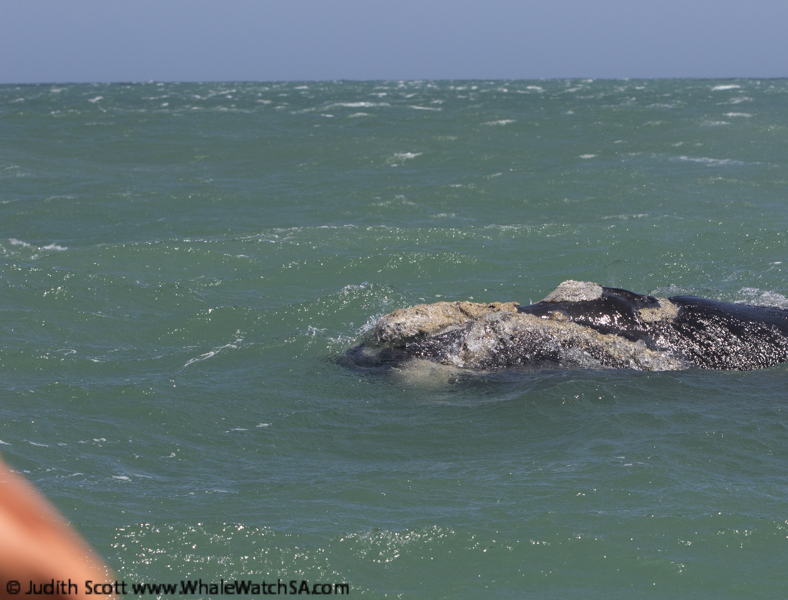 A close look as this calf comes to look at who is watching it! 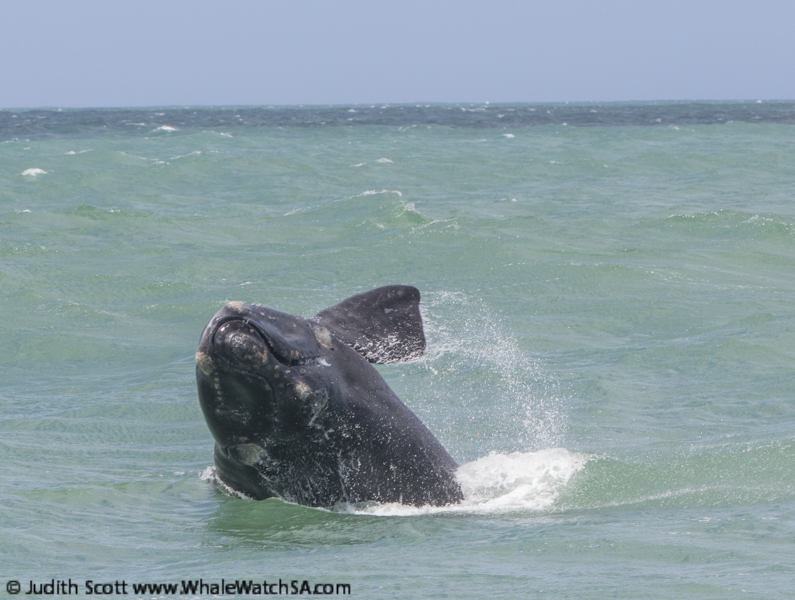 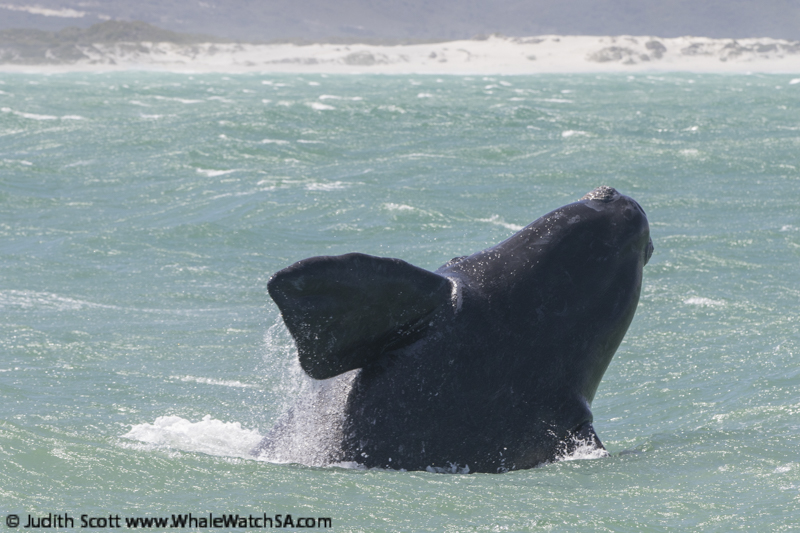