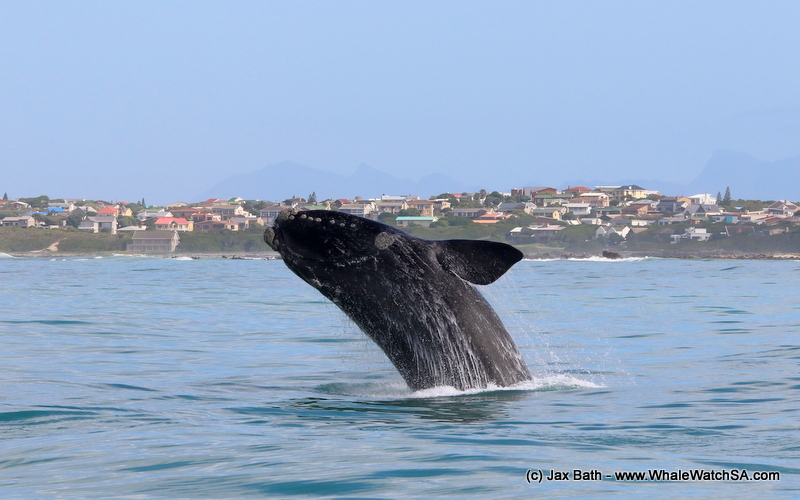 We had another busy day out at sea, launching 4 trips out onto a beautiful ocean. the first launched from Gansbaai Harbour due to the full moon which has brought about a spring tide. We set out bright and early in the hopes of spotting some wildlife, and we were very lucky to come across a Southern Right Whale first thing. This whale was taking some deep dives, so we got to see that gorgeous tail twice. On the tour, we also went on to spot a couple more whales before heading on towards Dyer Island and Geyser Rock. On the way, we spotted a Shy Albatross and a Giant Petrel before heading on into Shark Alley where we got to observe the playful nature of the Cape Fur Seals. We were treated to a bit of breaching at the end of the tour, when a mother whale launched herself out the water to the delight of us all.

Trip two launched from Kleinbaai harbour after brunch, and we also caught up with some Southern Right Whales very early on in the tour. We got to spend some awesome quality time with a few pairs of moms and babies, who are busy fattening up in our waters. Its amazing to see how fast all the babies are growing, whilst the moms are slowly beginning to lose weight. They will be heading back to Sub Antarctica within the next few months or so, where they will be able to feed once more. On Trip 2, we were also very lucky to spot a lone Indian Ocean Humpback Dolphin moving through the shallows.

On our 3rd tour of the day, we had a very close approach from a curious whale calf who just had to come over to check out the boat. The mother Southern Right Whale seemed very relaxed with the idea, letting baby play as we were treated to the sight of a lifetime. Baby went under the boat only to surface right next to us moments later. This was certainly a sighting to remember, and we got to see a few more whales as we head towards Dyer Island. We spotted two African Penguins on the way, both feeding by themselves in the bay. This is actually quite normal and we often find just one bird trying to find a meal. After a stop at our Cape Fur Seal colony, we set our course back to port.

The last tour of the day commenced in the late afternoon, and saw us travelling straight towards shallow water where we hoped to spot the Southern Right Whales who had been hanging around in the bay. Sure enough, we caught up with a beautiful calf with white patches on its back, we spent some time watching this baby and it’s mom before cruising along and also checking out some other Southern Right Whales. We then took a stop at Slashfin where we had a lovely sighting of a Copper Shark. The island systems was our next port of call, and we finished off our day with thousands of smelly Cape Fur Seals and a couple of large rafts of African Penguins. 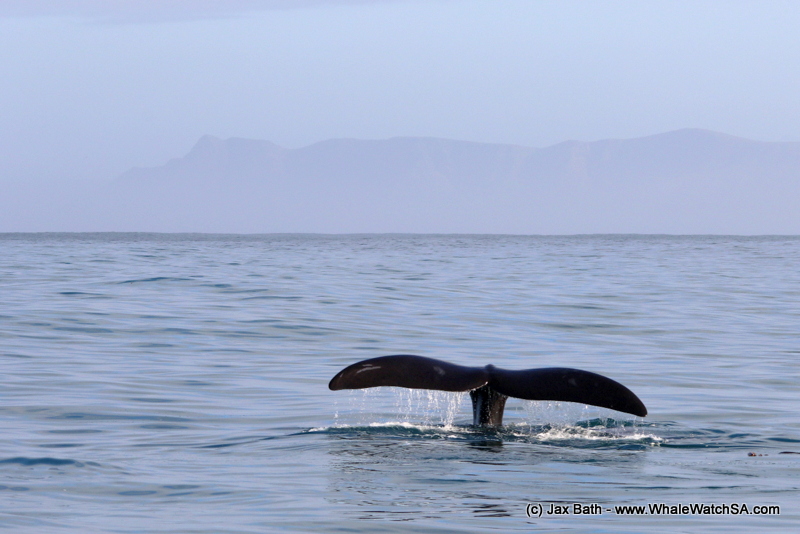 A whale tail with some scenic mountains. 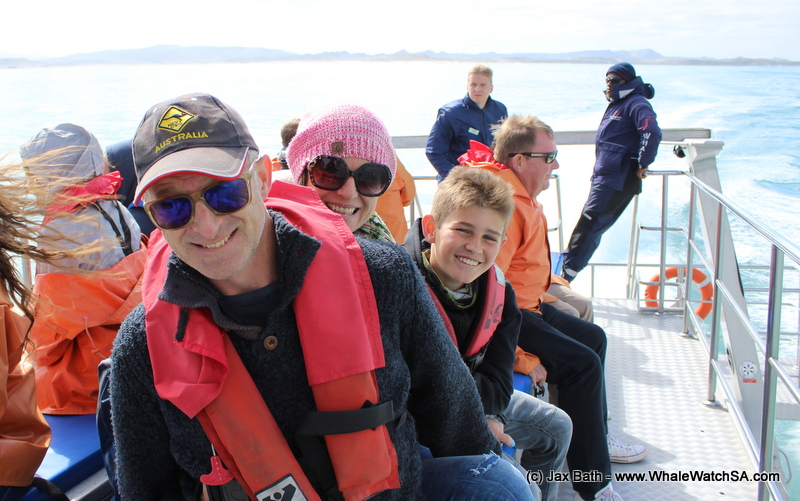 All smiles after an adventure at sea. 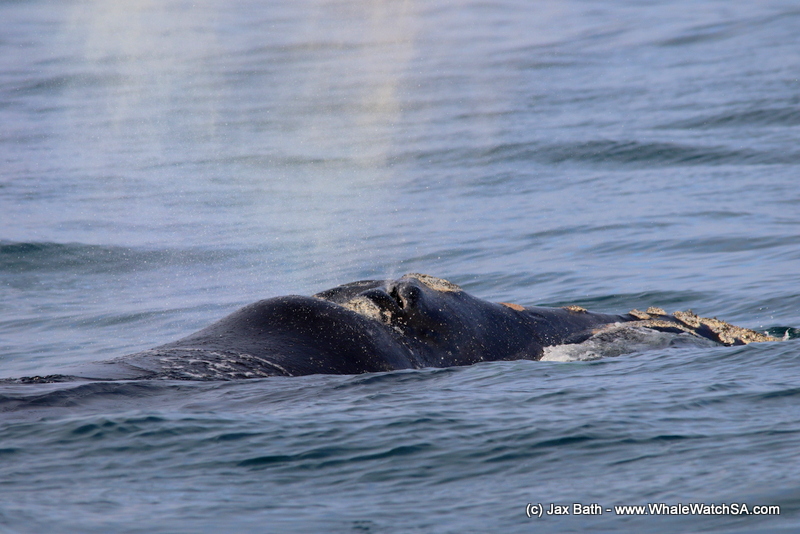 A close up of a mother whale. 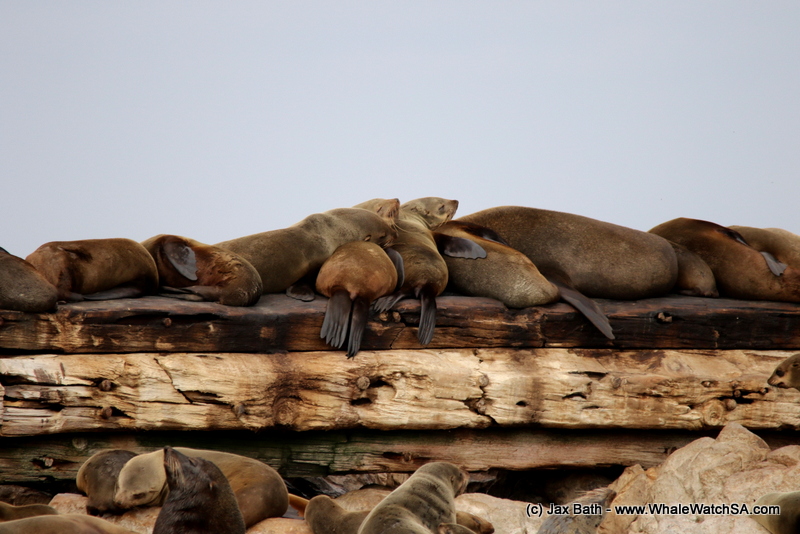 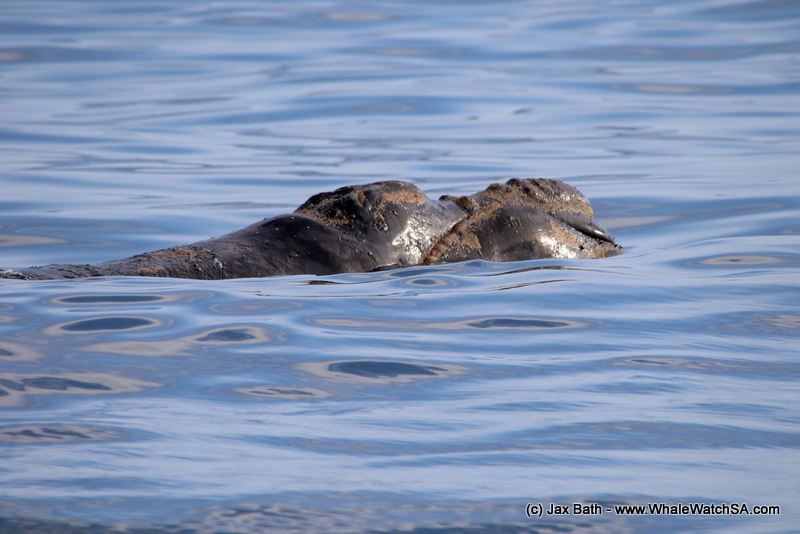 A calf with a suspected skin condition. 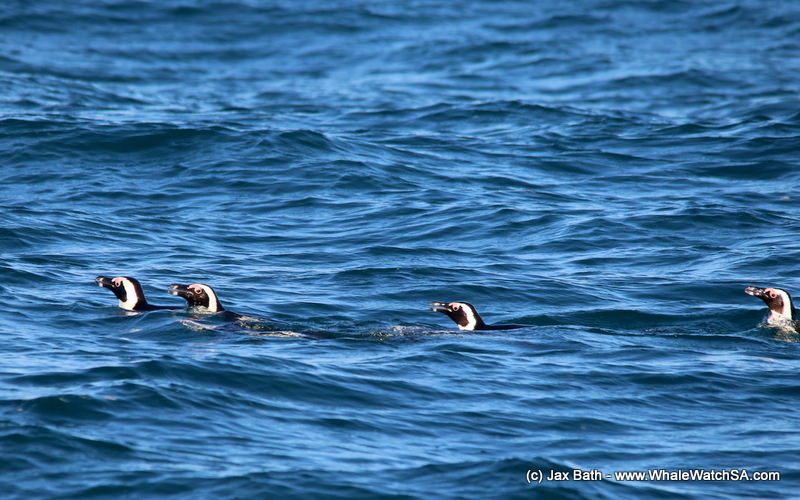 These little torpedoes in tuxedos are heading home. 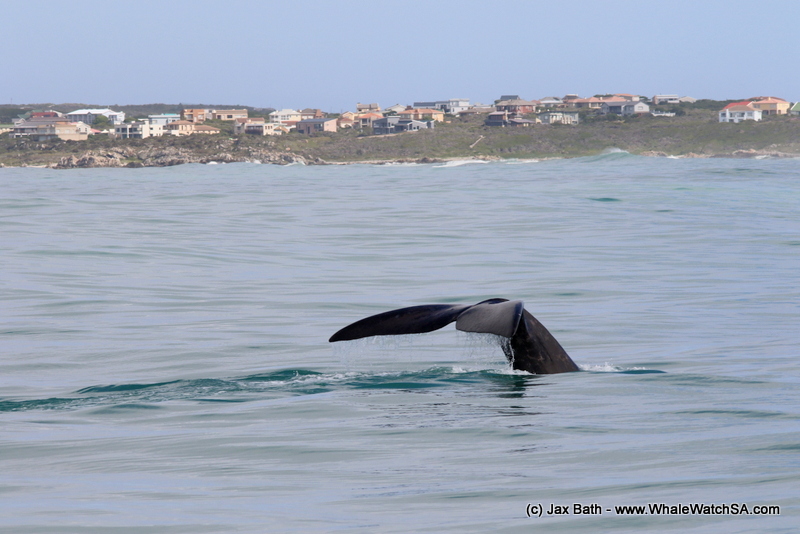 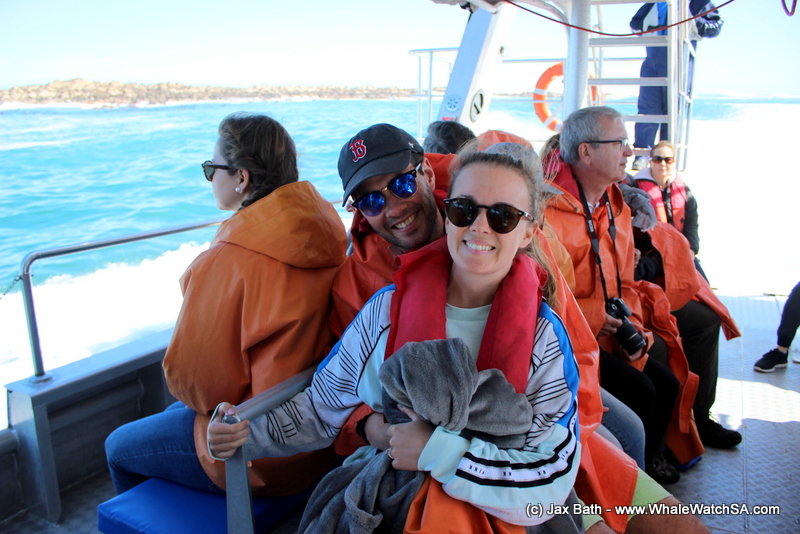 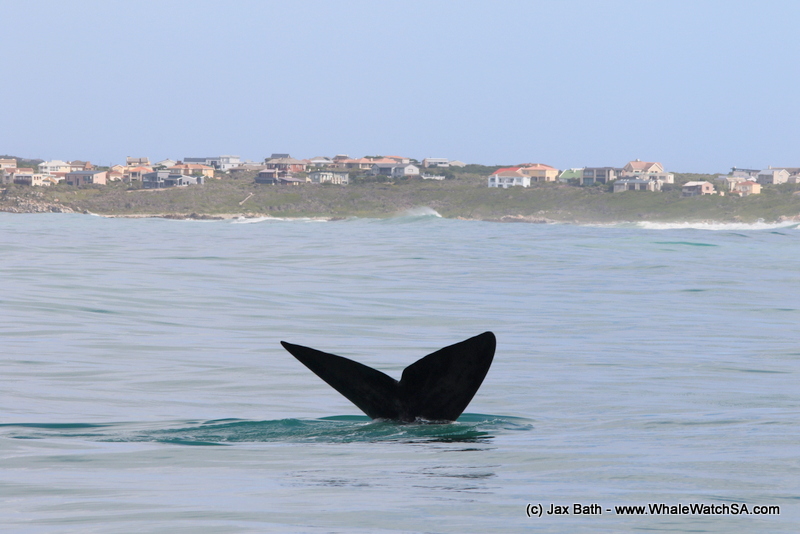 These tails have an impressive width, which can span 5m. 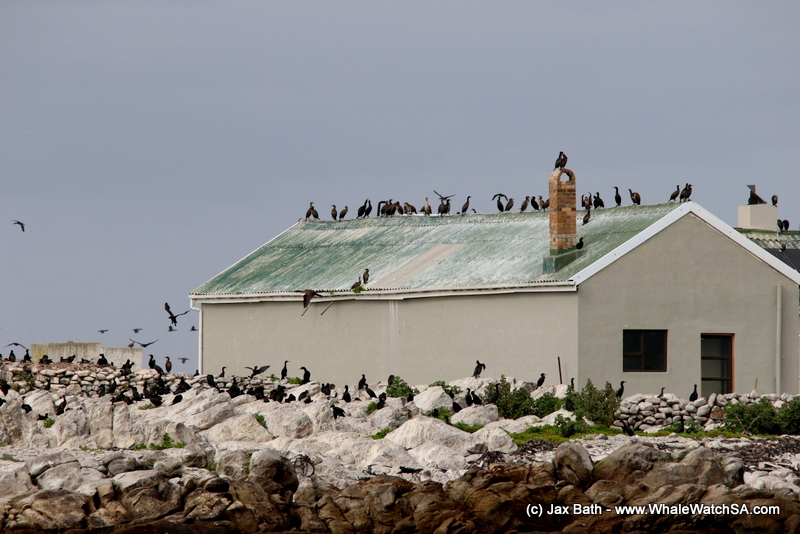 Cape Cormorants hanging about on the houses of Dyer Island. 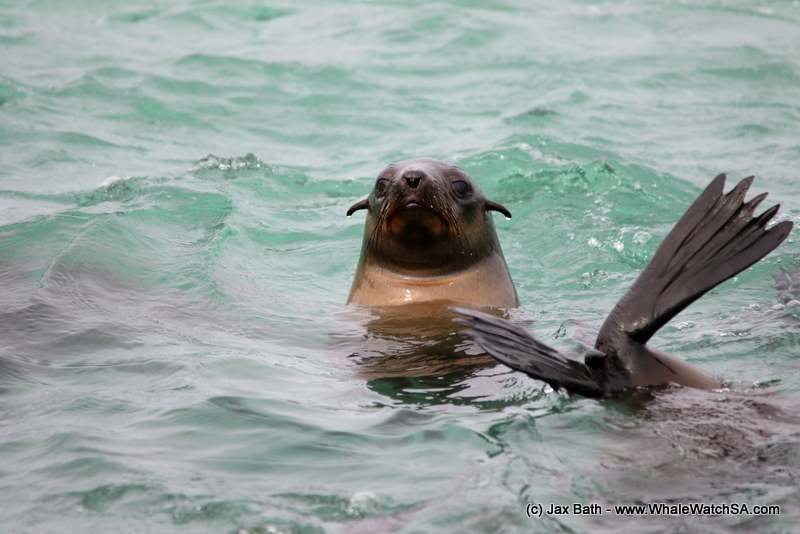 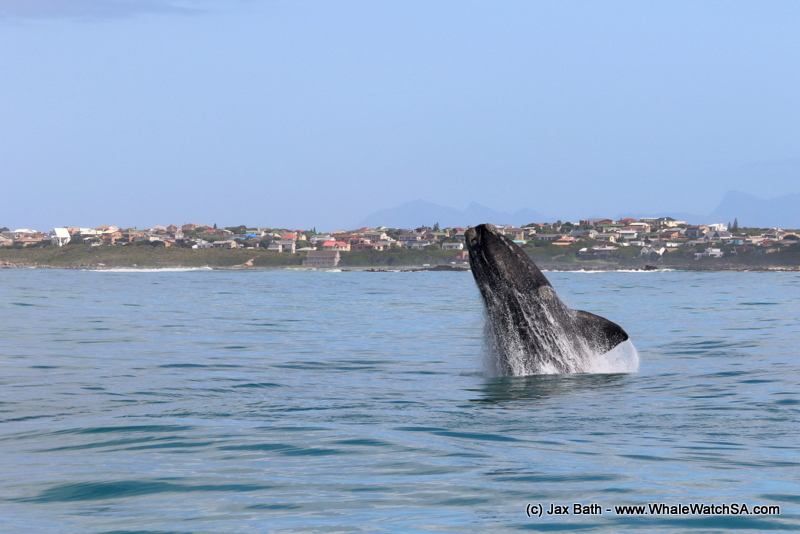 She’s a beauty and a breacher. 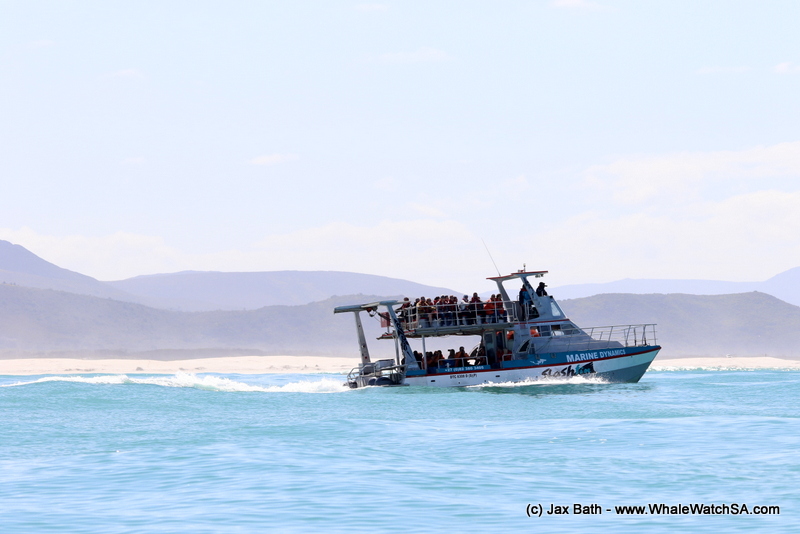 Slashfin travelling back to the shallows, where we are seeing Copper Sharks and Great White Sharks at the moment. 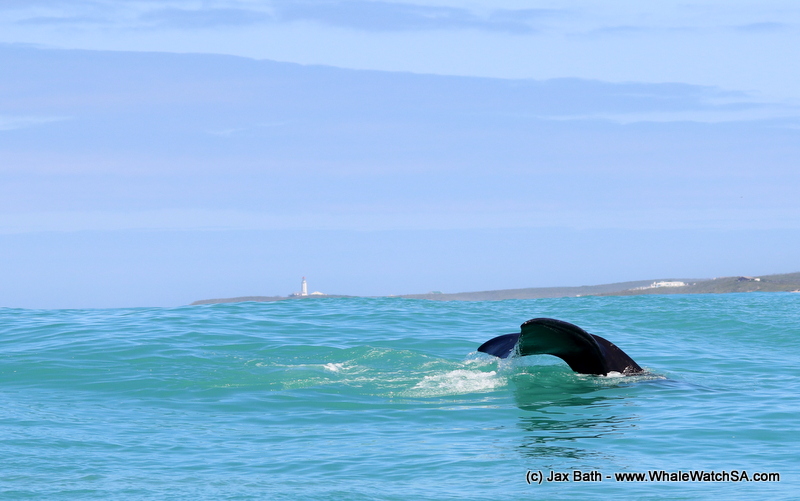 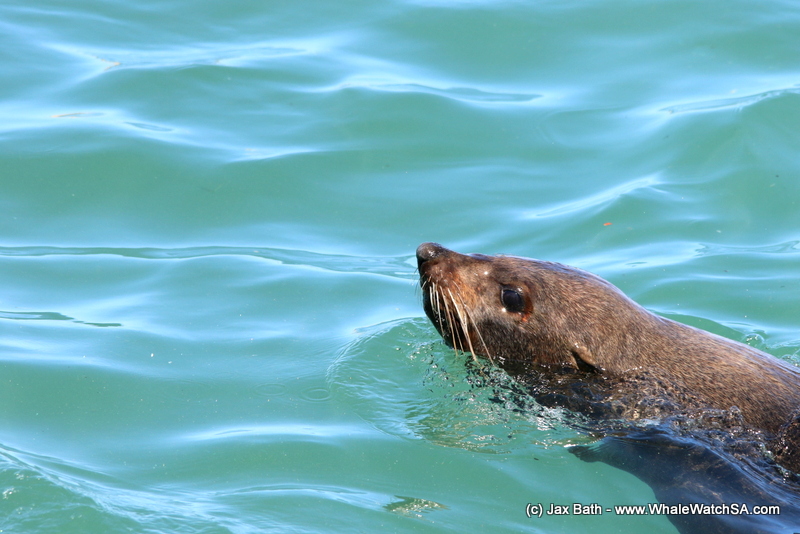 Sunday’s are for the seals. 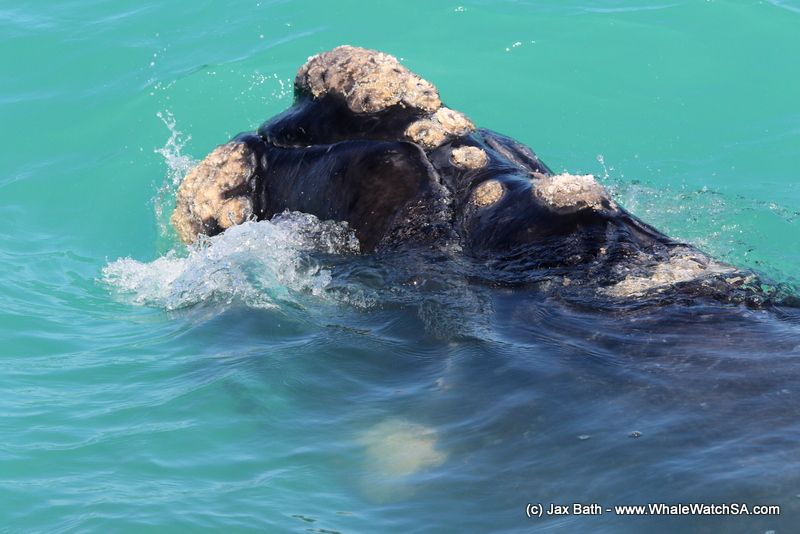 A calf surfaces just below the boat. 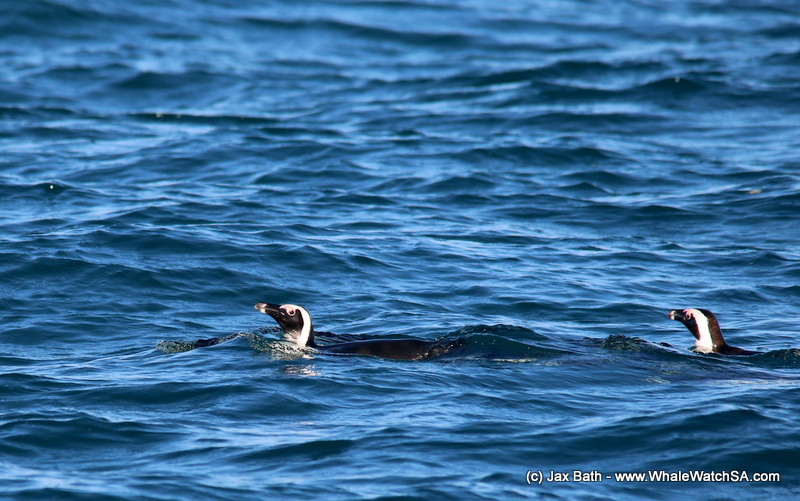 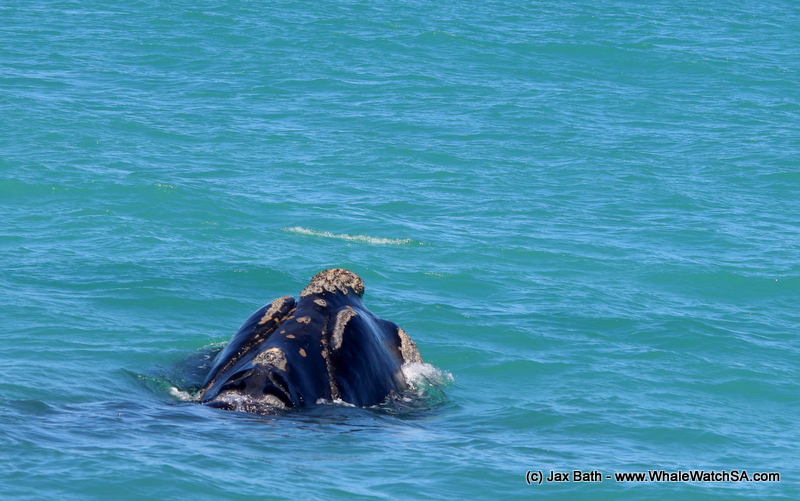 A cow sticks her head out the water. 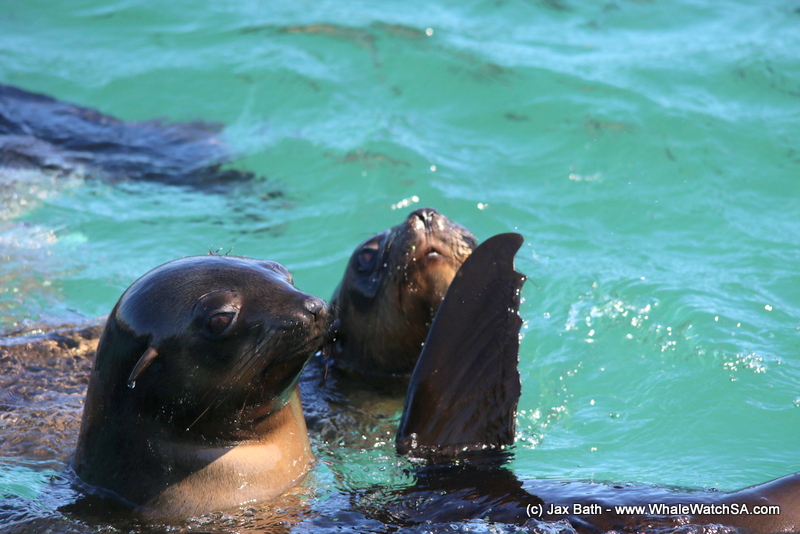 A Fur Seal in thought. 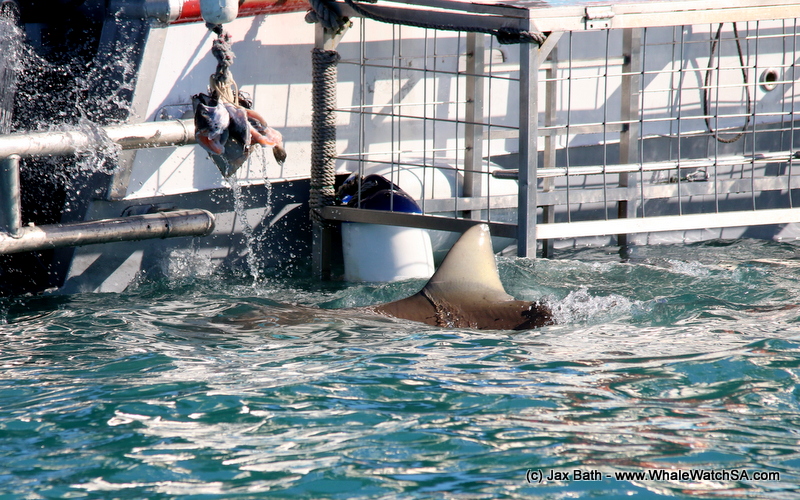 It’s great to have the Copper Sharks around again. We got some nice views of this animal. 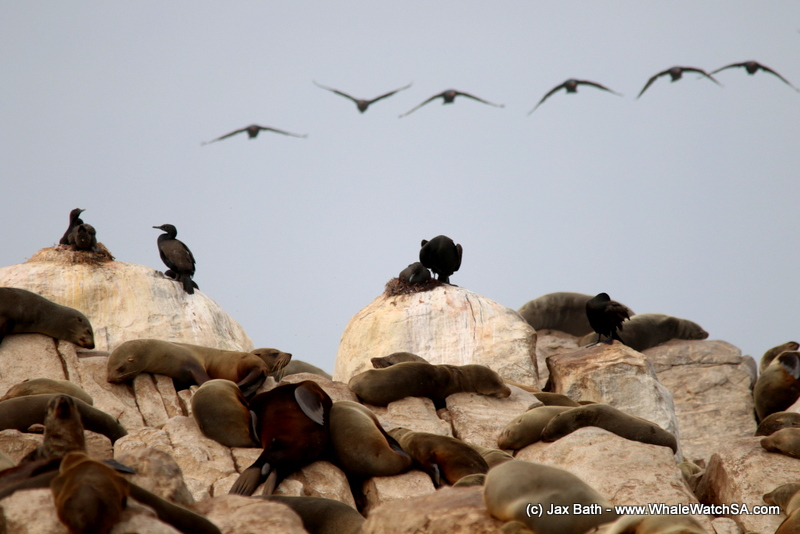 Cape Cormorants about to fly over some nesting Bank Cormorants. 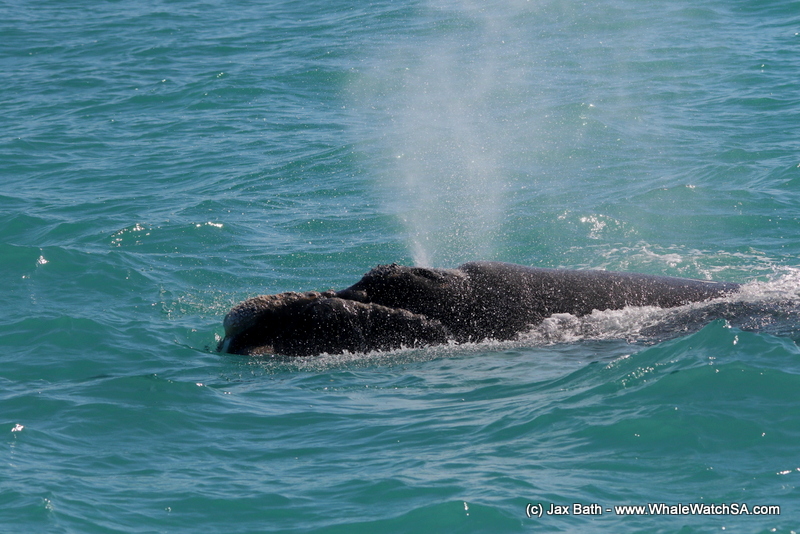 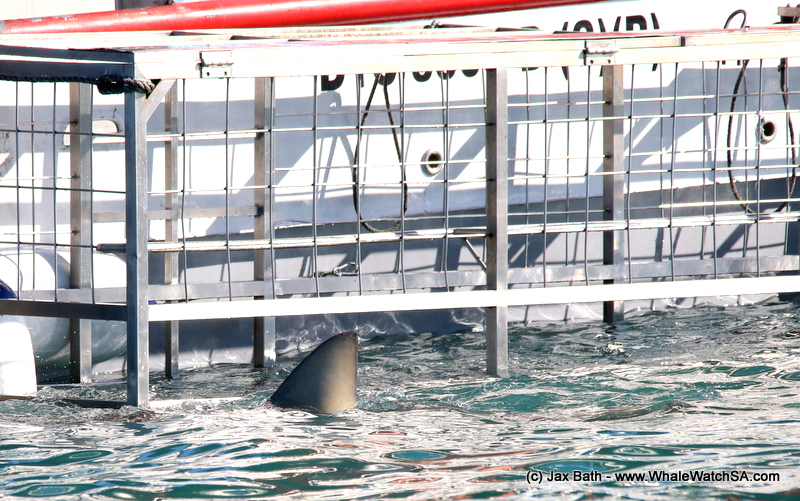 The dorsal fin of a Copper Shark. 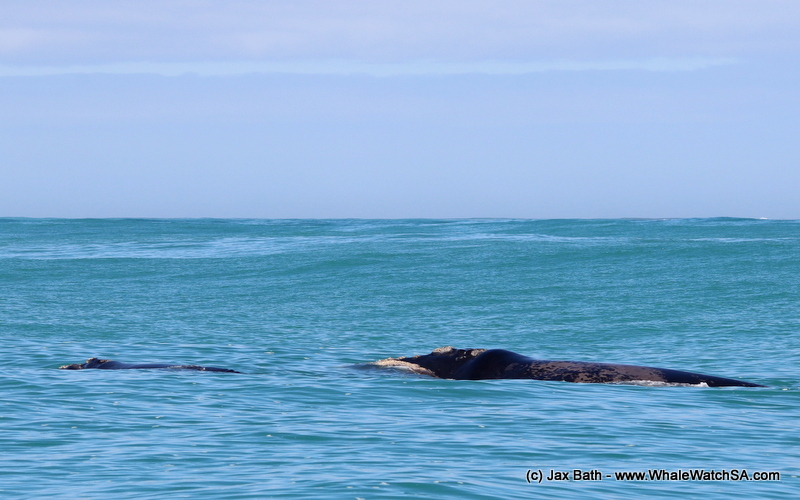 A mom with grey streaking and a baby travelling ahead.