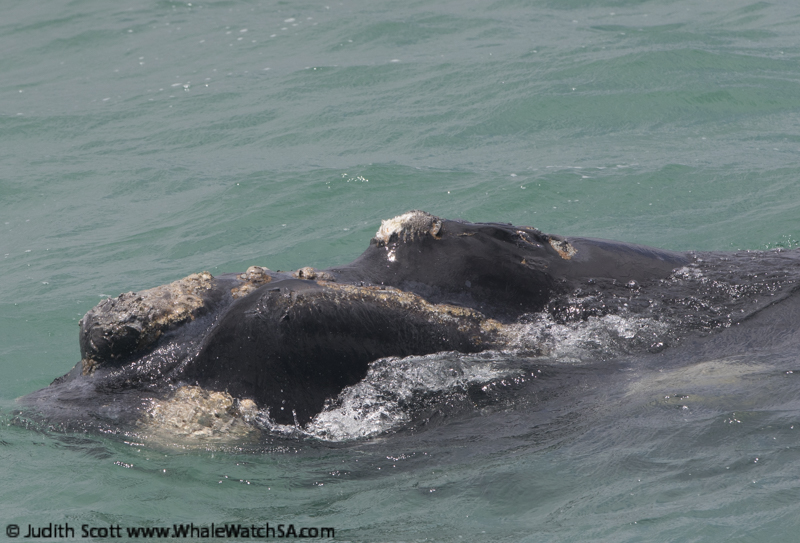 We embarked on 2 tours on Dream Catcher today, heading out in the hopes of spending some time with a couple of pairs of Southern Right Whales. We’ve still some moms and babies hanging around and hope to see that the last of these baleen beauties will head down towards the end of December. On our tours, we got to spot 3 of the Marine Big 5, as well as a few other species and the weather held up throughout the day despite there being some moody clouds in the distance. We were lucky to have very little wind on our trips today, and just enough swell to make for a fun ride through the bay.

On the first tour, we started off our wildlife watching over at Slashfin, where we got to see a Copper Shark come up to play. We watched as this cartilaginous fish exposed its dorsal fin whilst checking out the bait line. We spent some time watching as this curious creature surfaced again and again, before heading off to The Clyde Reef System in search of some whales. We did not have to travel too far, spotting our whales on the way and finding 2 pairs travelling together. By the time we arrived, they had already dispersed a bit, so we spent a few minutes with both pairs. The first pair included a calf with some beautiful white patches on it’s back, and we travelled with these two as they made their way through the swell. We got some lovely views as they broke through the water column together and we stuck with them for a while until they took a slightly deeper dive.  We then went on to spend some time with the second pair, who were heading in the opposite direction.

Our next stop was over at our seal colony, where things could not be more exciting. Our little baby seals are starting to emerge, and there is nothing cuter than watching these little pups take on the world. We got to spot some pups on both trips and spend some time in the alley taking in the sights, sounds and smell of these fascinating pinnipeds.

Trip 2 also got to do some awesome whale watching, with a curious little calf who kept trying to check out our boat. We started off slowly travelling along with this pair, but we could see that as the sighting progressed, baby become more and more perplexed by the boat. The little one stuck his head out a couple of times, and then after doing a few approaches where they kept their distance, mom and baby came right over to the back of the boat and gave our clients a memory to last a lifetime. After this beautiful experience, we moved on towards Slashfin where we also got to spot a Copper Shark on this tour. 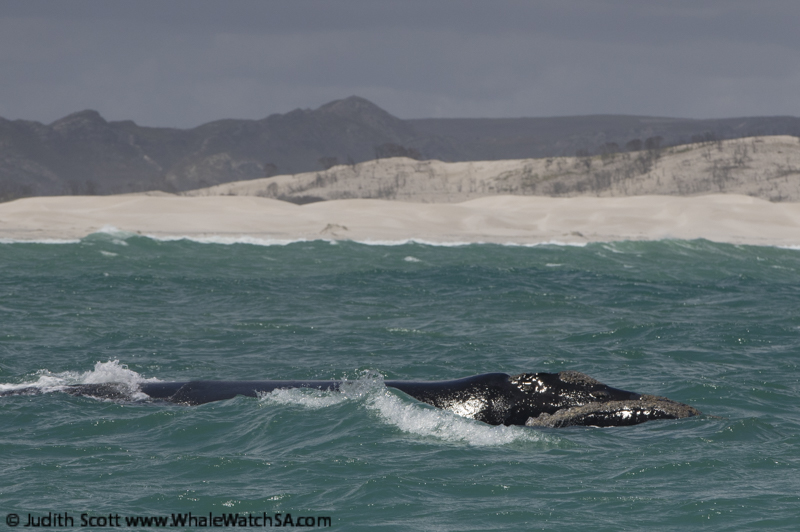 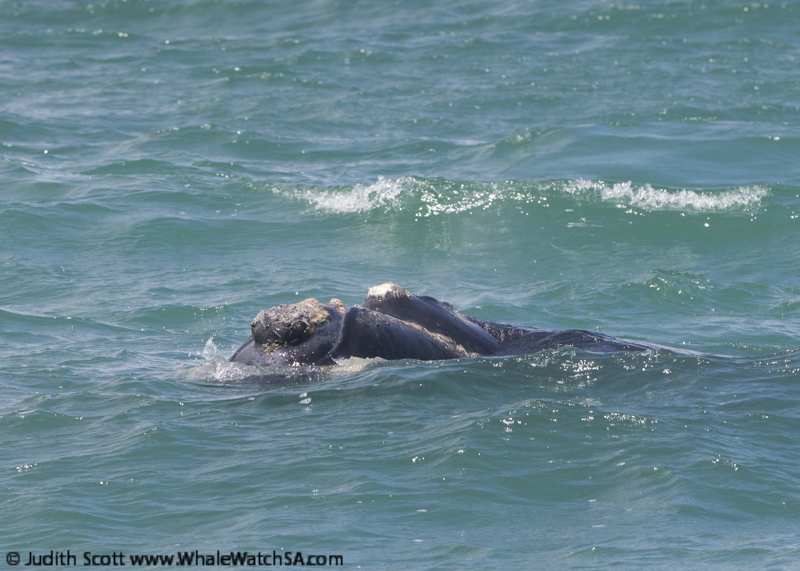 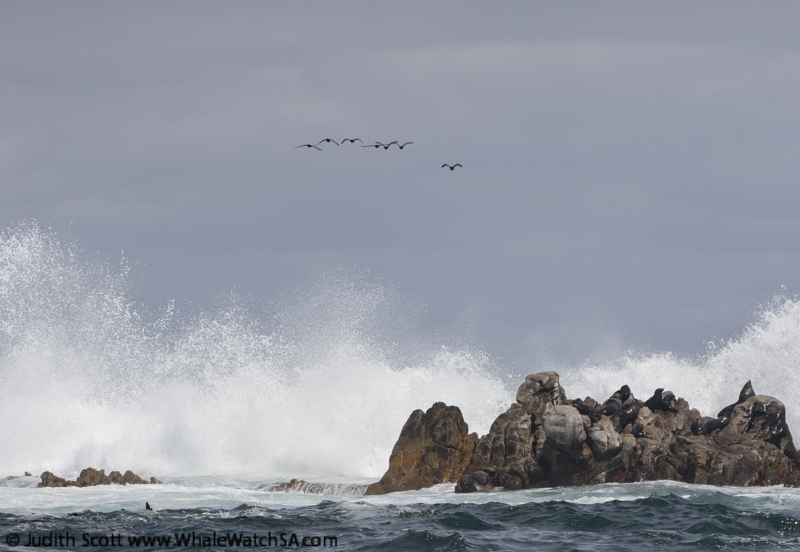 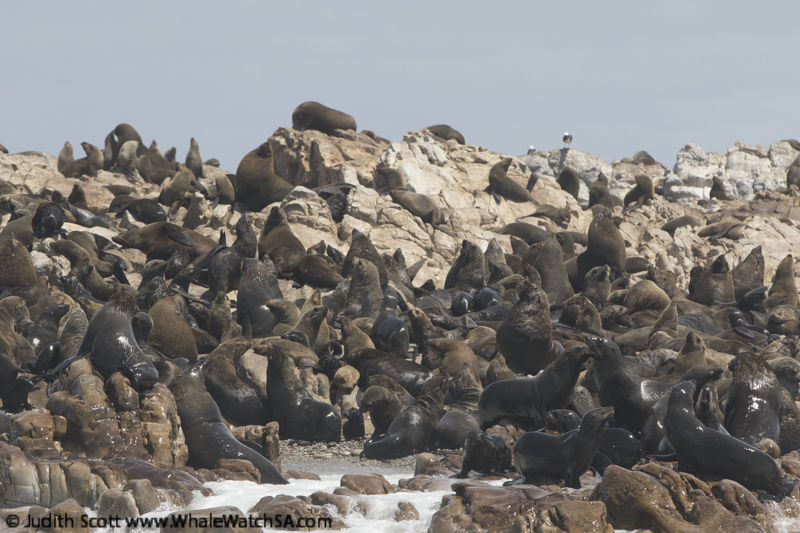 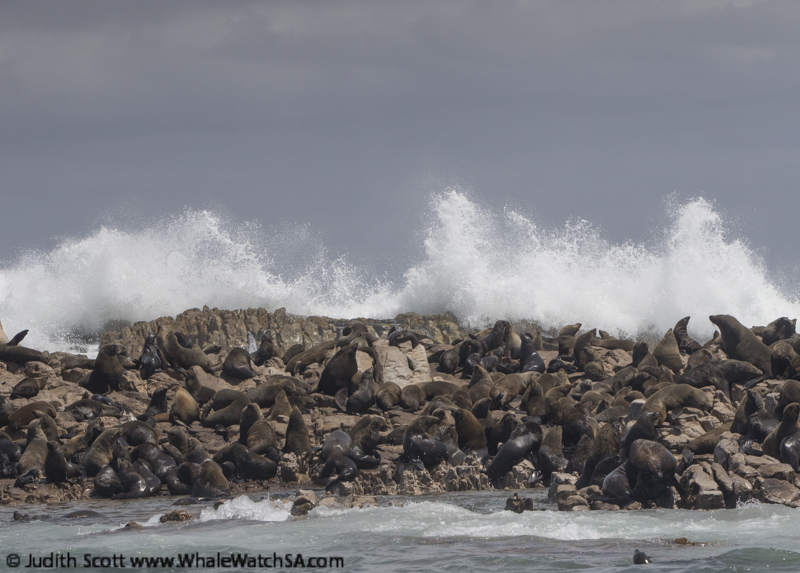 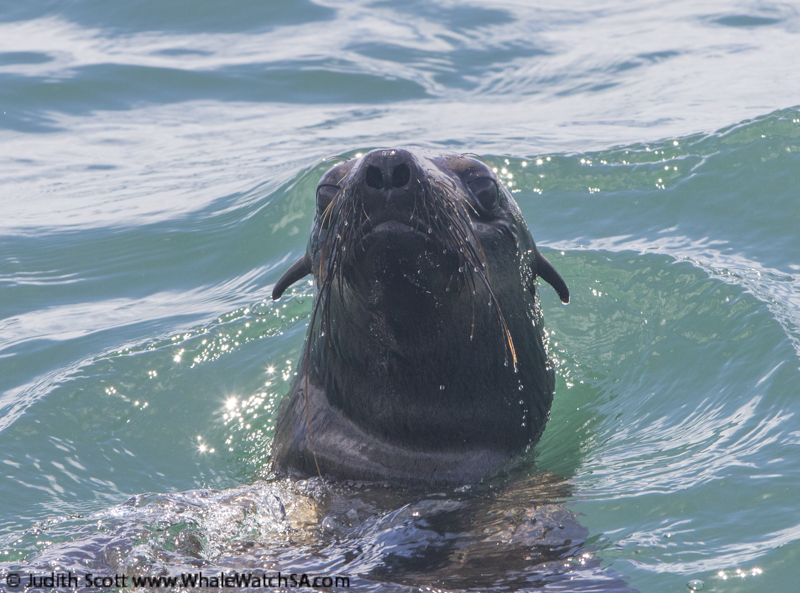 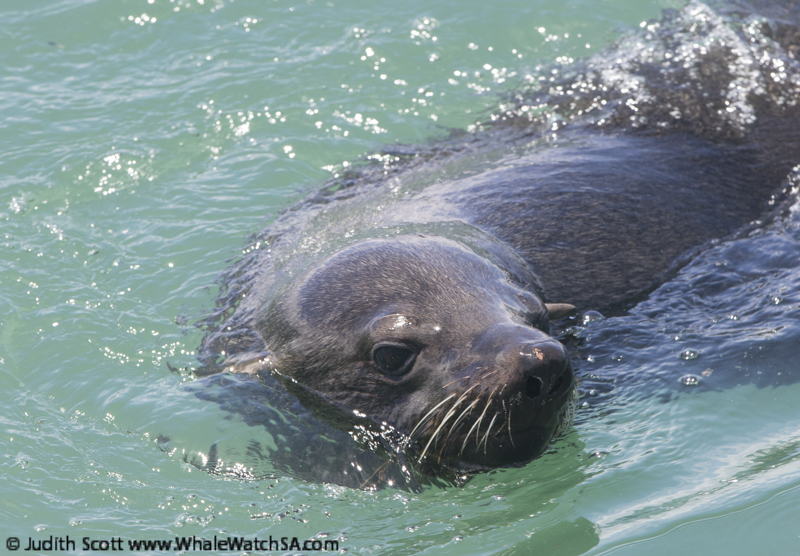 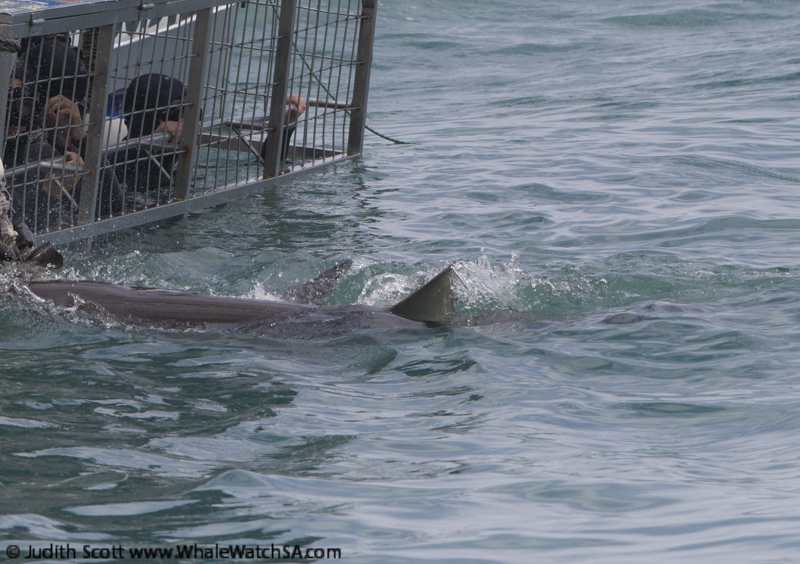 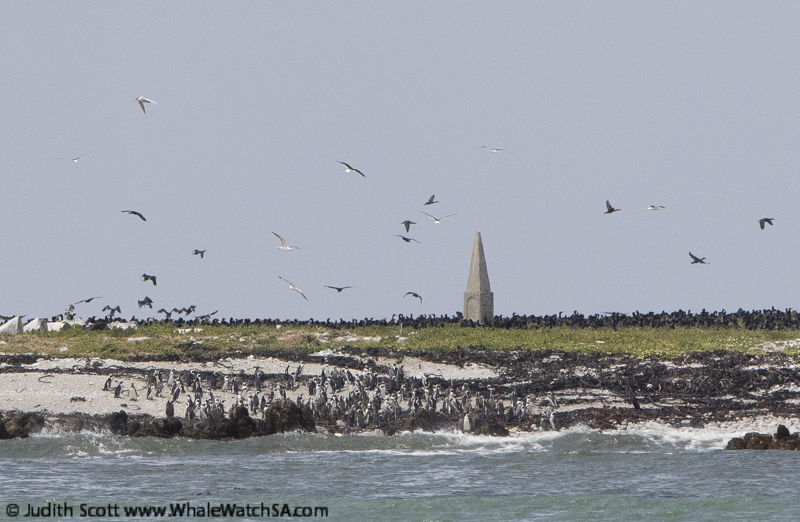 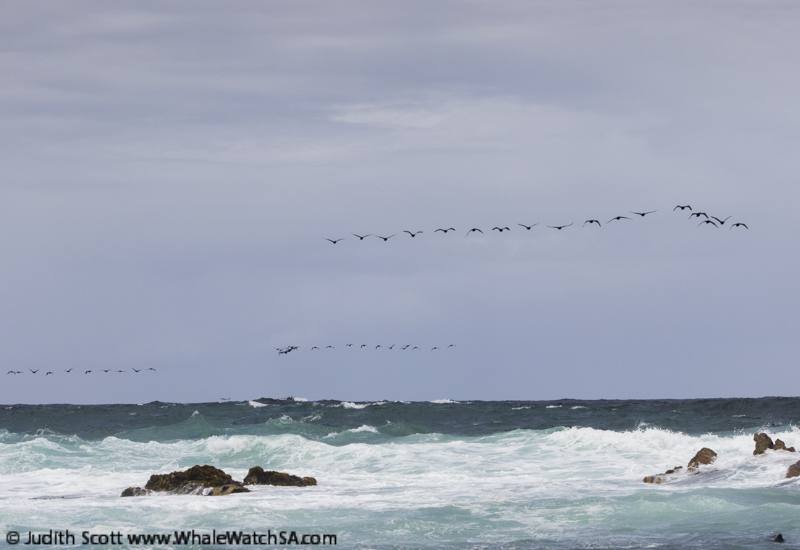 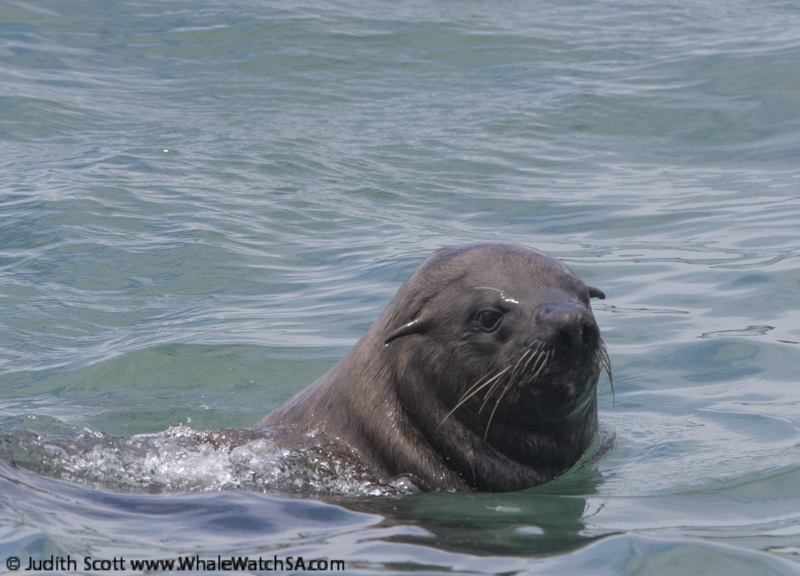 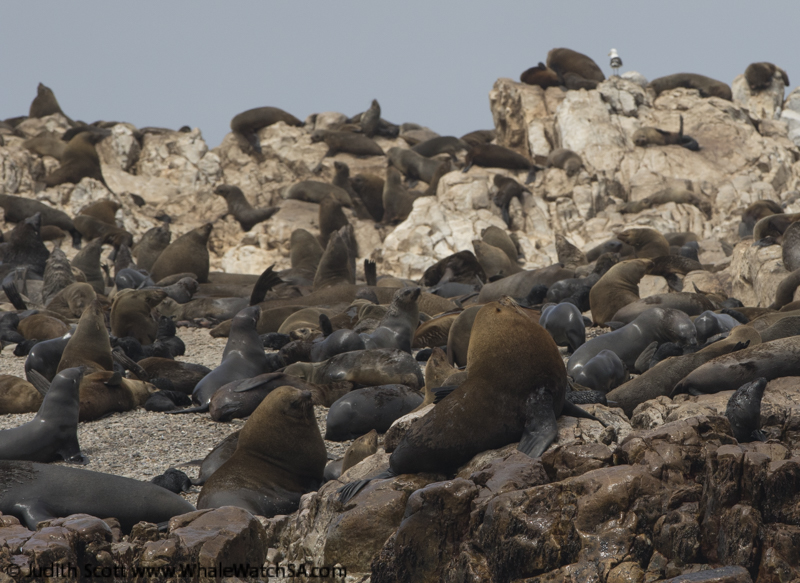 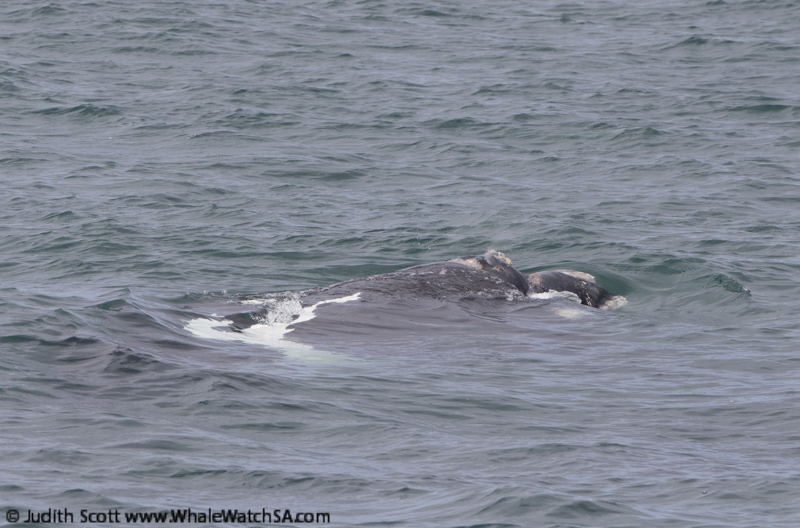 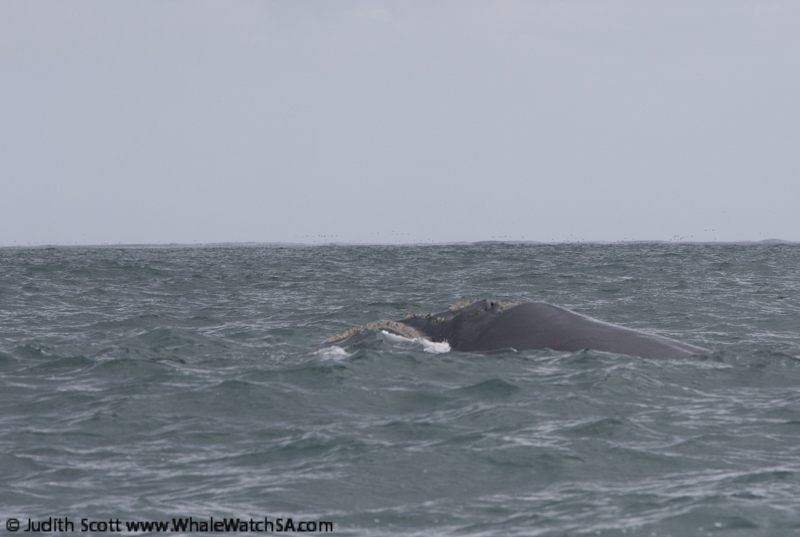 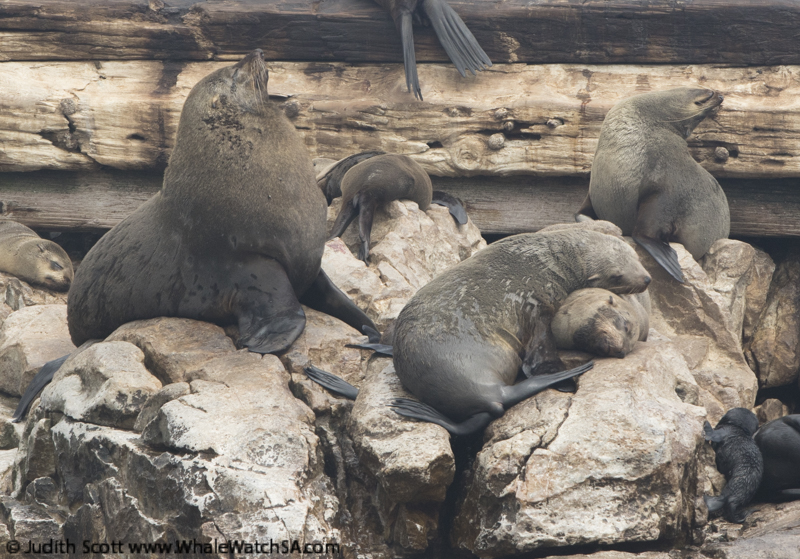 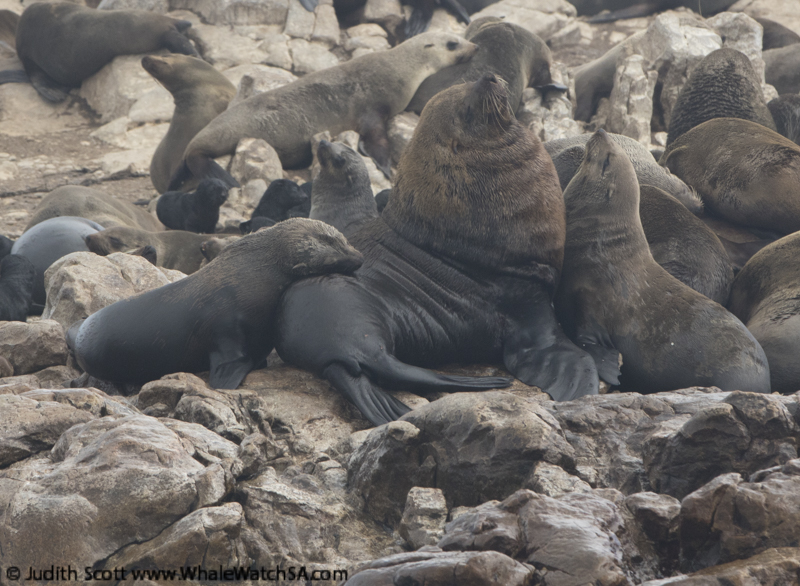 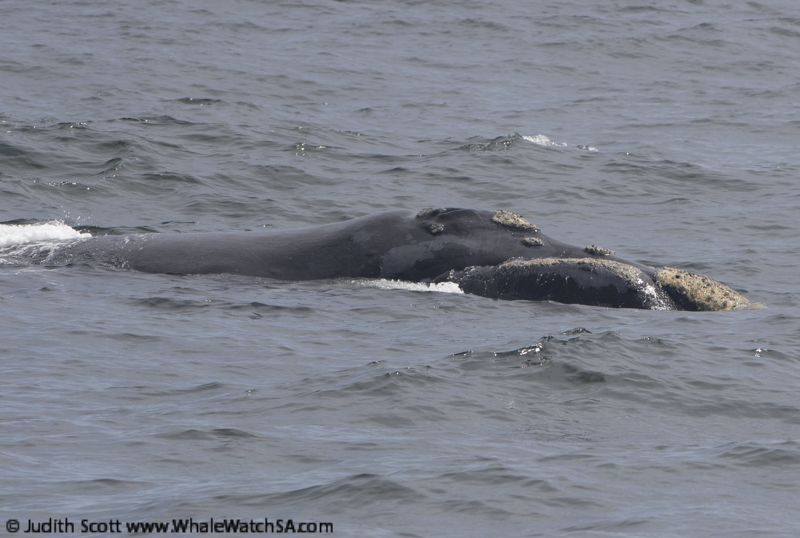