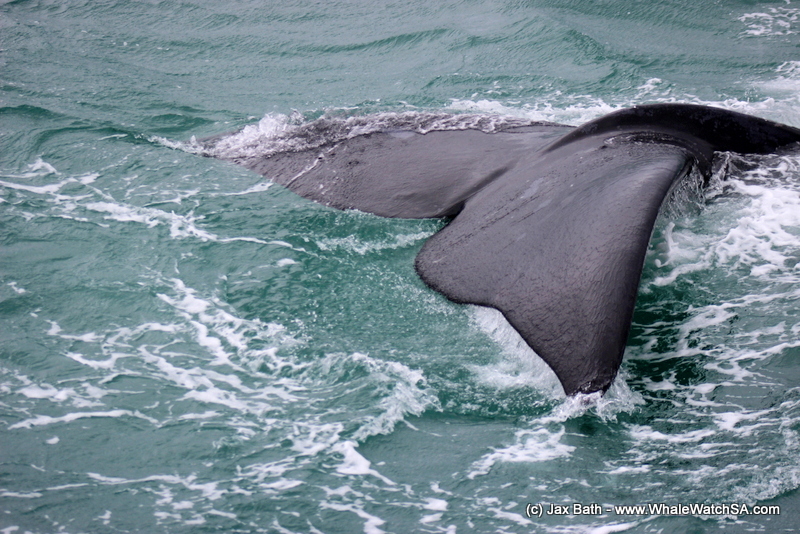 We’re having some much needed rain on this side of the world at the moment , which has been great for the overall area and it certainly makes for a different type of whale watching adventure. These days, so many of us, myself included, are so focused on getting that perfect shot that we often forget to actually embrace the sighting. Finding animals in the rain forces you to put the camera down and become fully immersed in what you’re seeing, which makes for a really raw and authentic whale watching experience. This is certainly the experience we had on our first tour of the day, when we head out in fully waterproof gear ready to face the Atlantic ocean and the rain falling upon her.

We set out at around 10:00 and head on towards The Clyde reef system hoping to find some whales in the lee of the wind, and we caught up with a Cow Calf pair of Southern Right Whales travelling between the swells. We cruised along with this mom and baby for a while before heading off into slightly shallower water to see if there were any more whales to be seen. We were in luck, finding a mom with a stunning baby. This calf was a bit older and very distinctive with a streaky white tail. You could see this tail under the water as they travelled and baby was even kind enough to lift it up for us twice, much to the delight of all on board. We had some lovely sights of these whales.

We then head on over to Shark Alley to see how the seals were doing, at this point, it began to rain again and we got to see something quite interesting. Usually when we pull up to the alley, lots  of the seals napping on the rock, but the rain seemed to have them all sitting up straight, we could also see them looking a little fluffed up, which was a very interesting sight.

After dropping our first group of clients back at the harbour, we set out for our next tour and found some more Southern Right Whales, this time catching up with a mom and calf who had made themselves a new friend. When we pulled up to the whales, we had a little Cape Fur Seal pop up, and the two babies began to play. Like an oceanic version of Timone and Pumba, these animals began to have an absolute ball, with the calf rolling around and following the cheeky little seal. Seals often hang out with whales because they feel a little safer than what they would alone in the ocean, but this was a truly special sighting. Baby threw itself out the water, showing off his flippers and half his body. Mom even joined in on fun, rolling around a couple of times and sticking her flippers out the water as she played around on her back. After this marvelous sighting, we head on over for a visit to the seal colony before heading around dyer island and making our way for port. 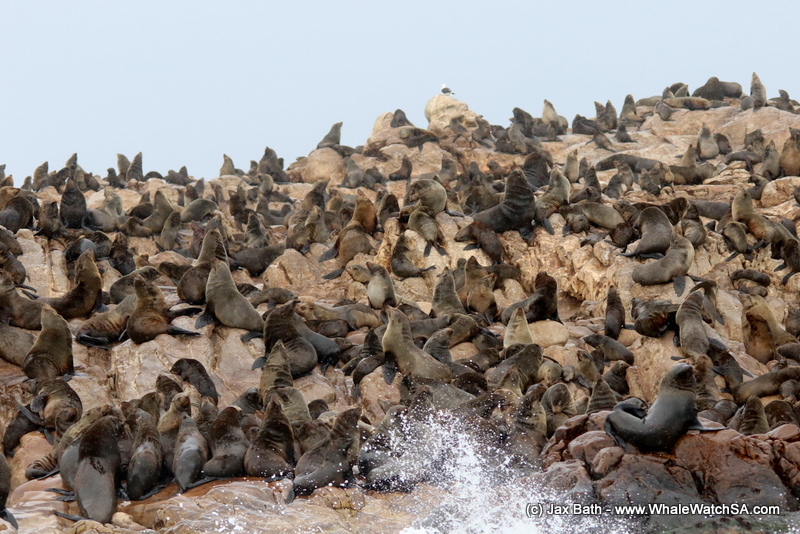 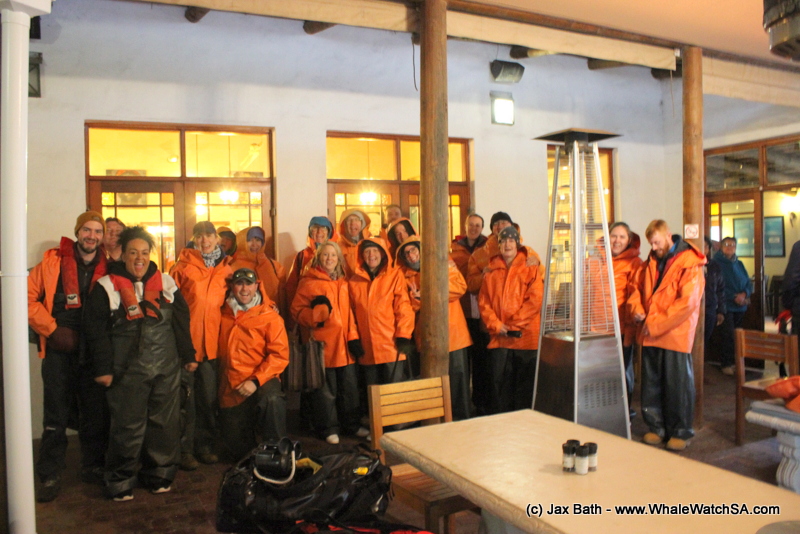 Th first tour of the day ready for some adventurous whale watching. 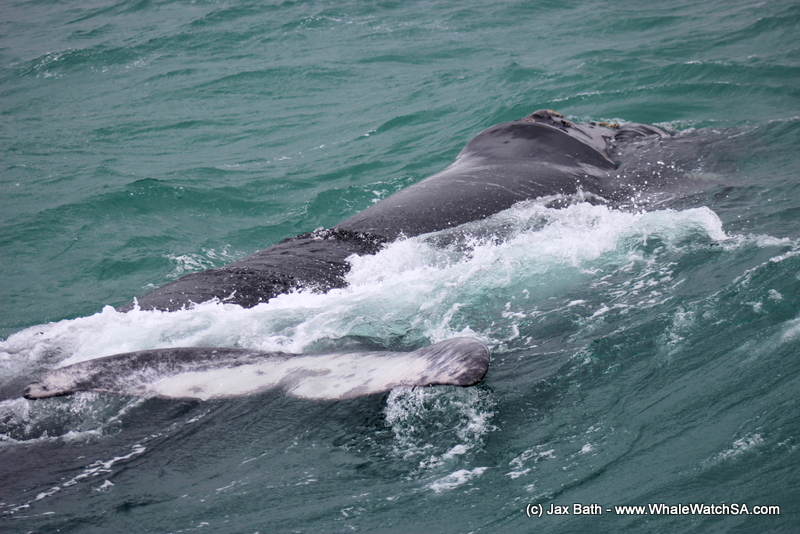 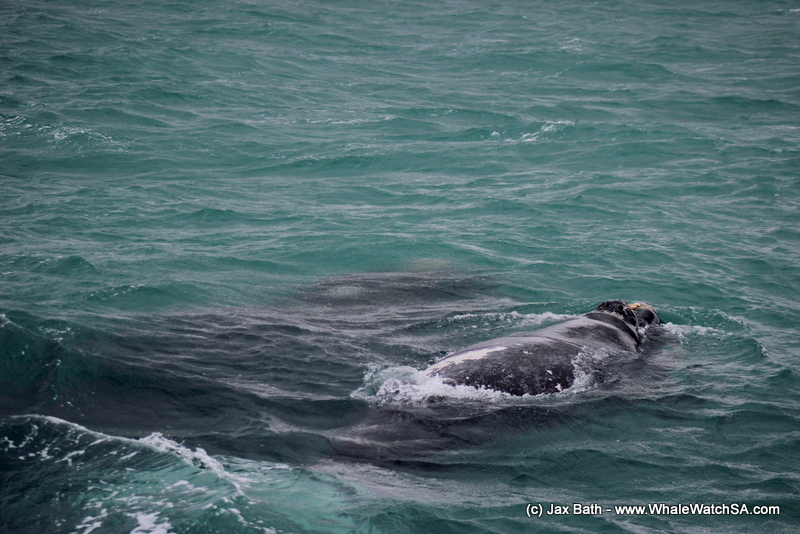 Mom and her beautiful baby 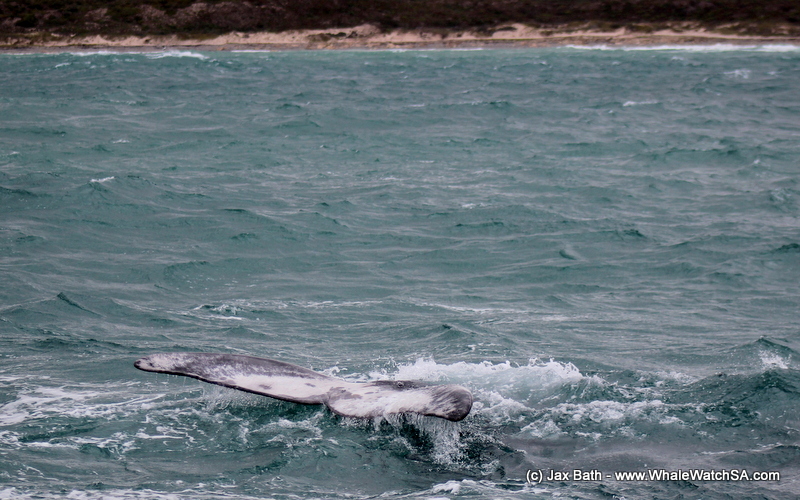 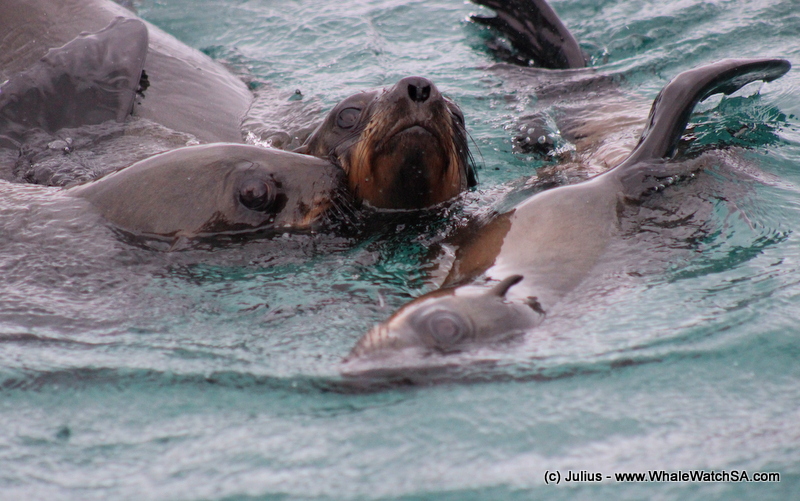 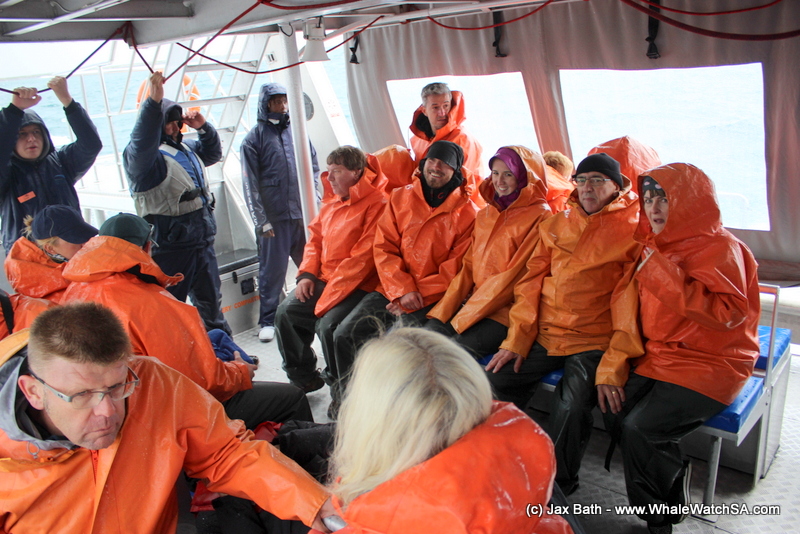 A trip into shark alley. 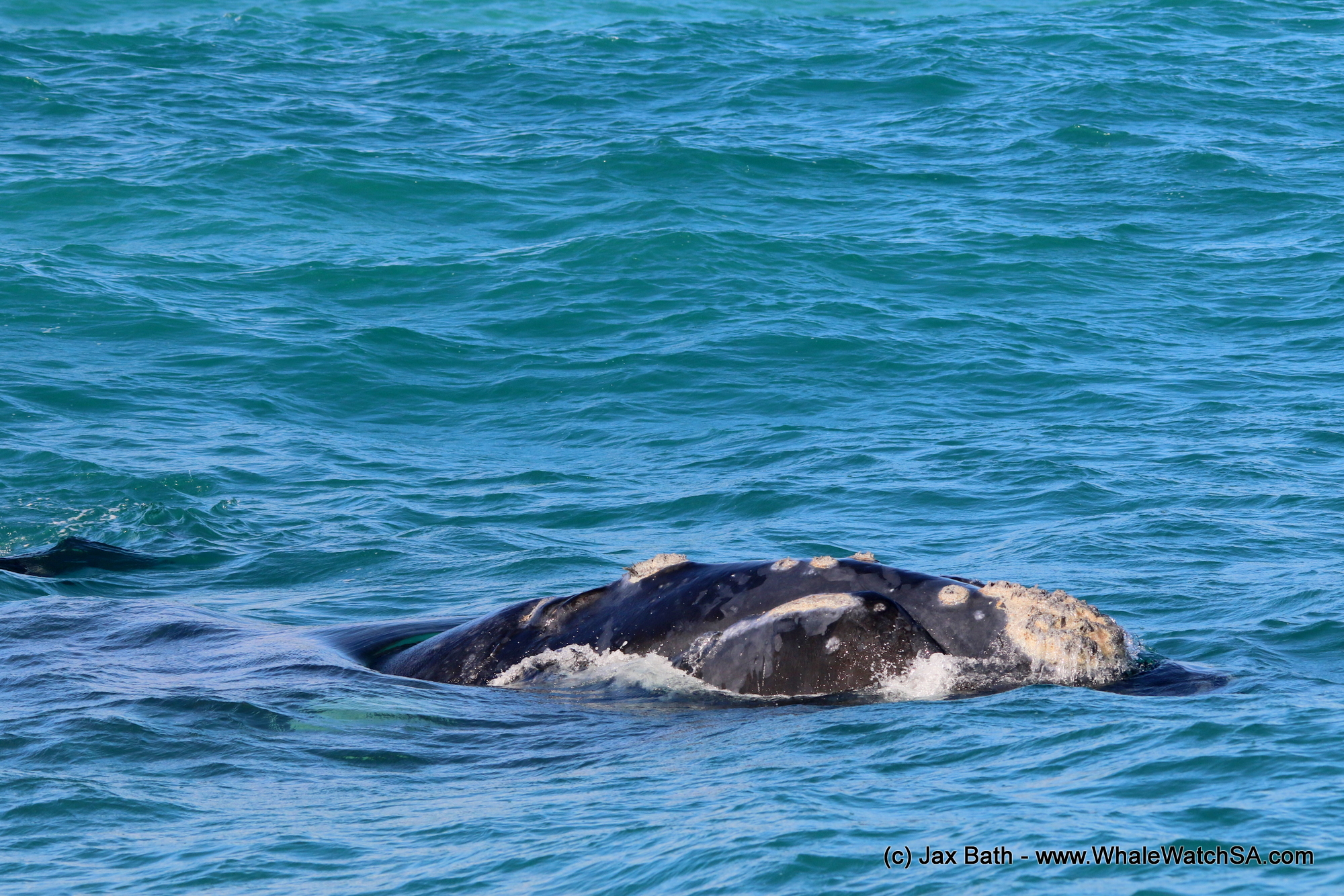 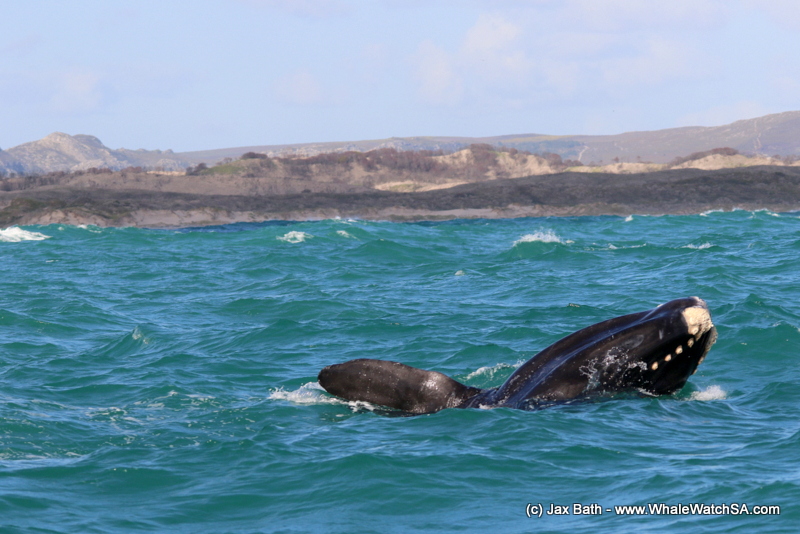 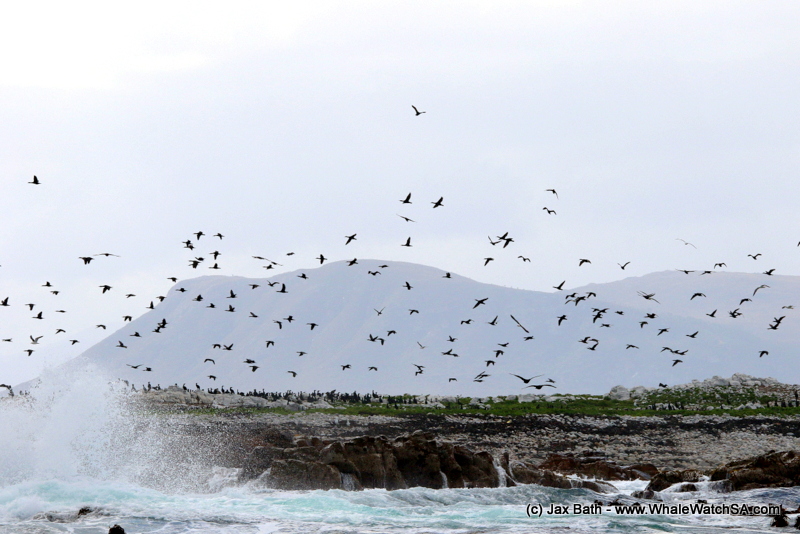 Hundreds of Cape Cormorants taking to the sky. 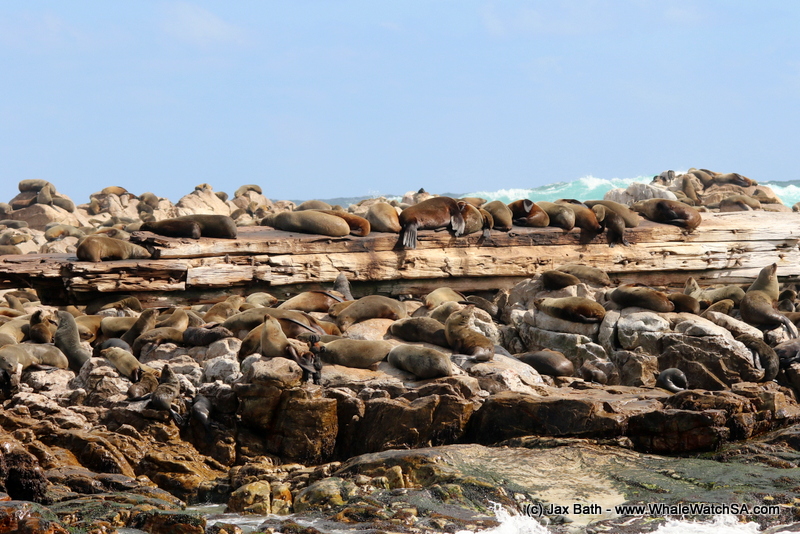 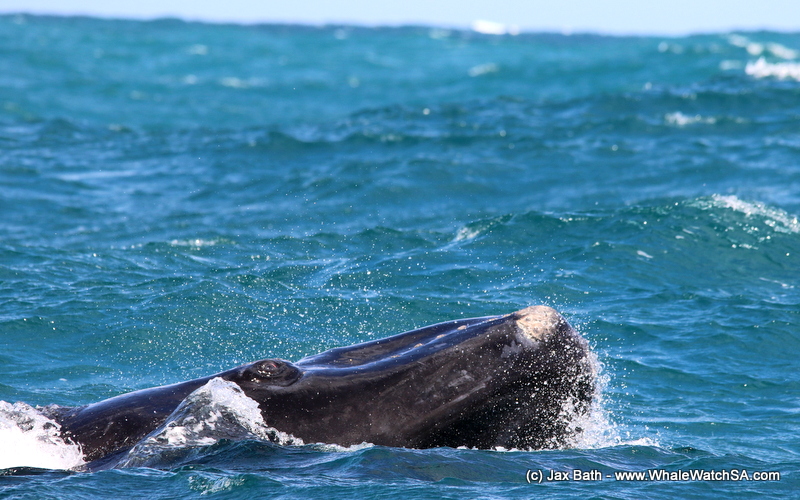 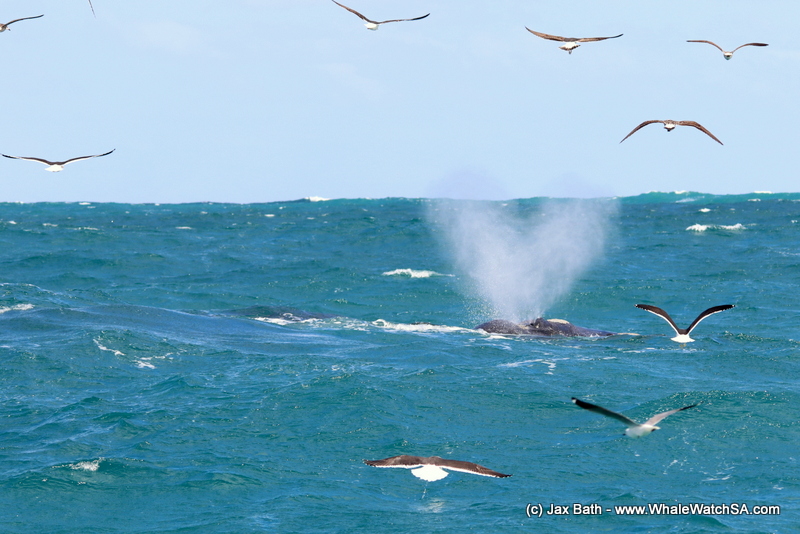 A V-shaped blow and some avian scavengers. Whale calf and mom at play. The opportunistic Kelp Gulls following to try to get a snack. 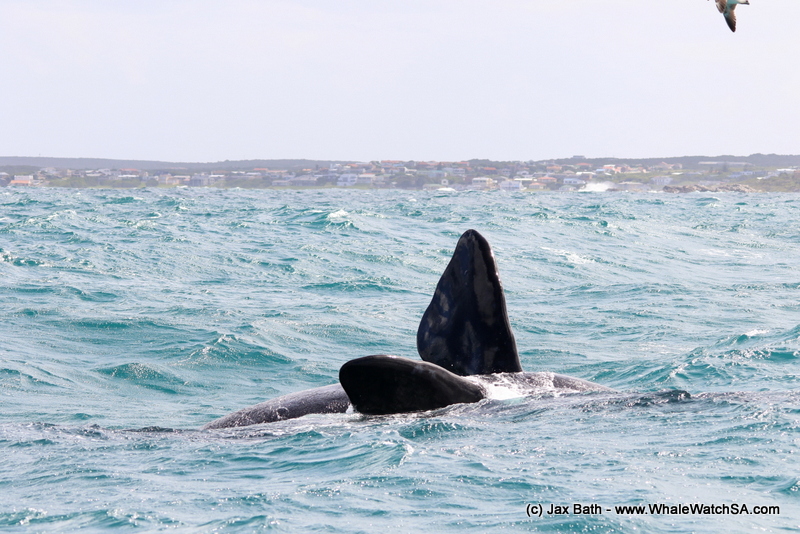 Sun’s out, belly up. 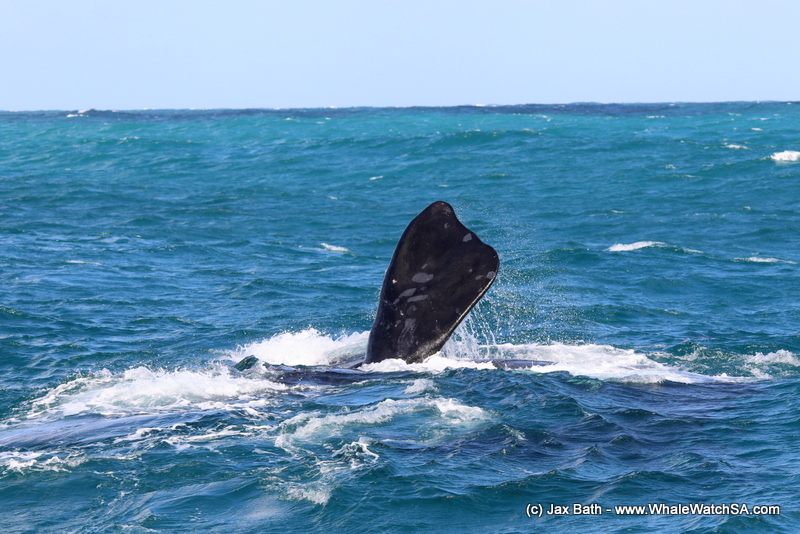 Giving us a wave. 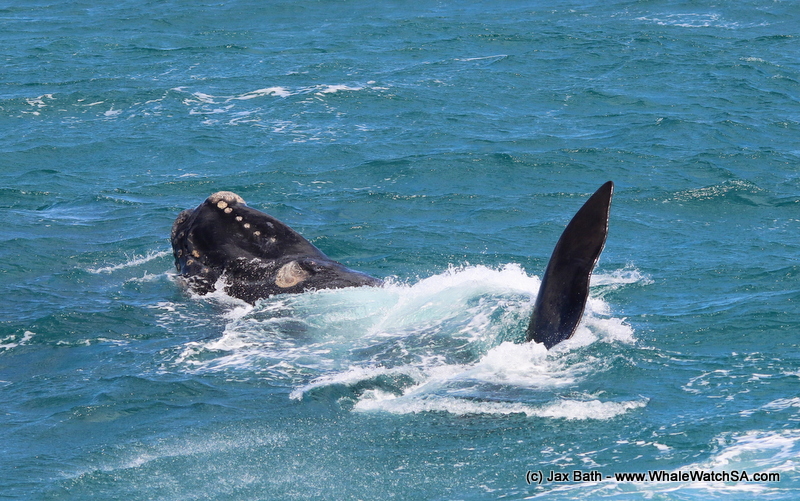 A baby rolling on it’s side. 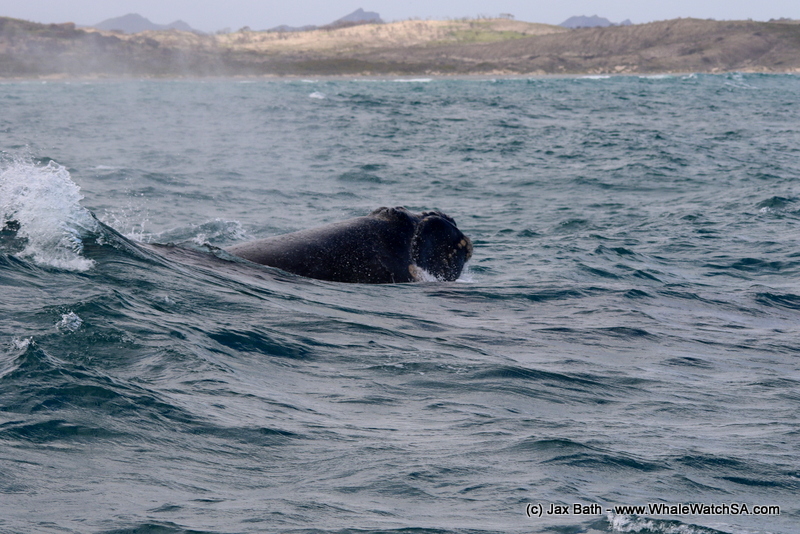 A calf launching itself out the water. 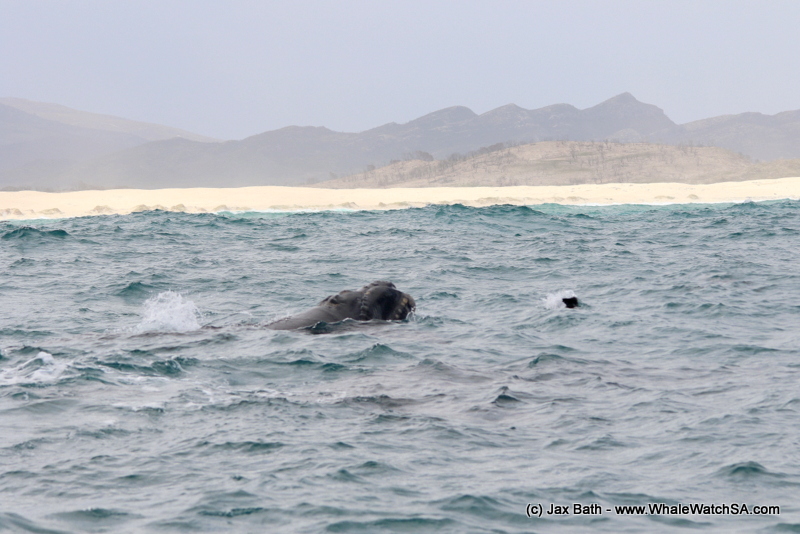 A Cape Fur Seal starts to play with a Southern Right Whale Calf. 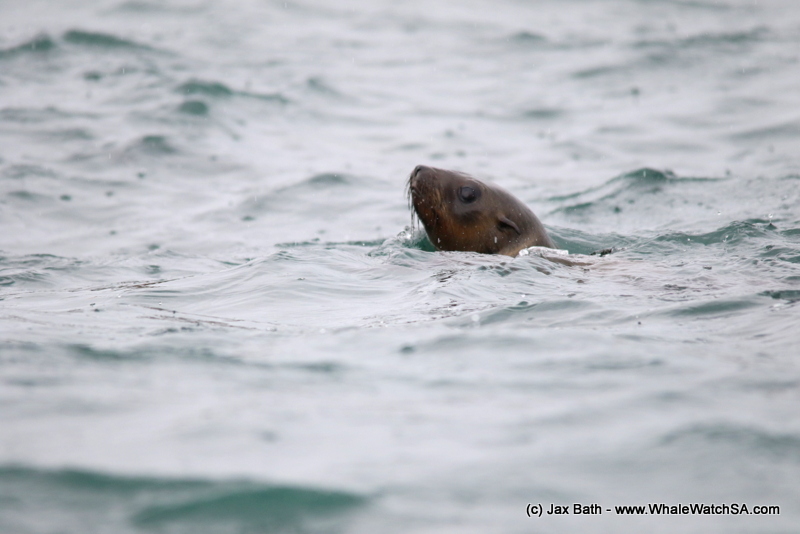 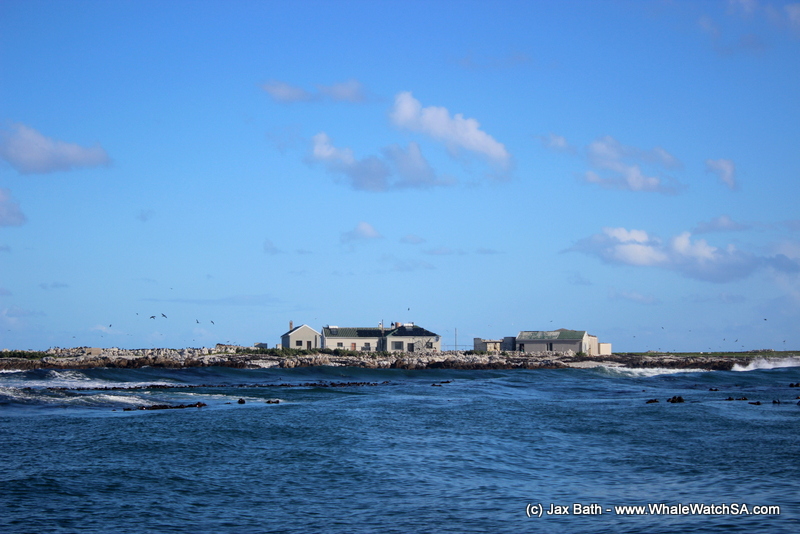 Dyer Island after the rain. 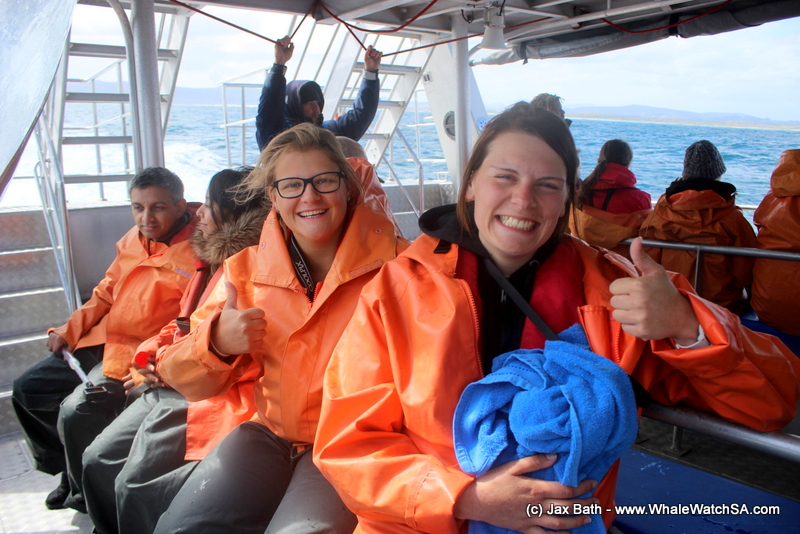