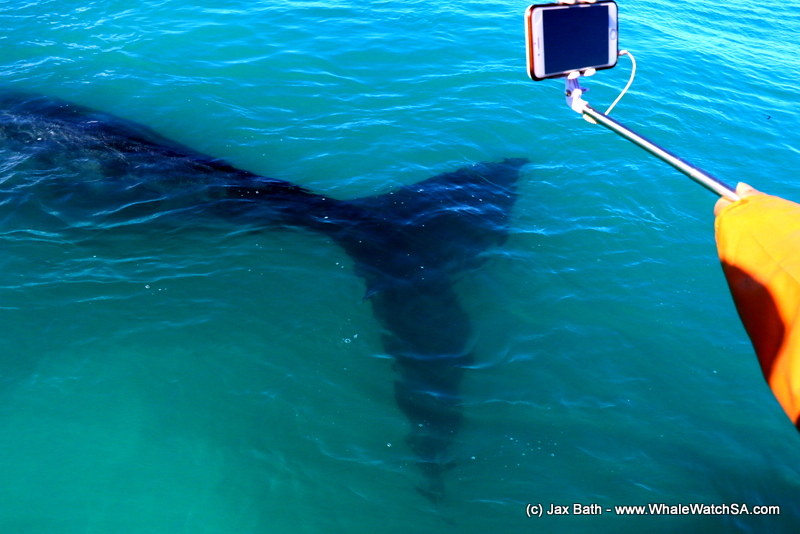 Today’s sightings were really hard to beat, with us having some awesome quality time with our Southern Right Whales. we’ve got a couple of whales hanging out in our bay at the moment, so we’re not having to travel all too far to catch up with these incredible gentle giants.

The first tour of the day got off to a lovely start close to Uilenkraalsmond, where we found 2 Southern Right Whales having some fun in the waves. From all the rolling around, we assumed this was a mating group so we stuck around to see what they were up to. They gave us heads and tips of tails and a flipper or two before we decided to leave them be and head on over towards Geyser Rock. Here, the seals were noticeably tightly packed, snuggling up to beat the morning chill. We also got to spot some African Penguins on this tour in Sponge Bay. We had a whole bunch of them fooling around just above the waterline when we pulled in, which made for an incredible sighting.

The rest of the mating groups throughout the day were equally as playful, with the whales coming up and investigating the boat, showing off their callosities with their spy hopping and just leaving us with a general sense of awe. These animals are so at peace around the boat, choosing to let us into their world for fleeting moments as they move gracefully around our vessel. Investigating us just as we do them, it is a real privilege to have them choose to check us out.

We also had some nice African Penguin sightings throughout the day, with a couple of African Penguins going out to do some fishing. Our time at Geyser Rock on all 4 tours was jovial as we watched them get up to all sorts of funny business, although trip 4 took a slightly more sombre turn as we encountered an injured animal laying in the rock. This seal was bleeding a lot, possibly from the chin. He had put his head up on a rock, but had obviously had a serious altercation or accident based on the amount of blood.

The day ended on a high note however, with a large raft of African Penguins being the last sighting of the day. 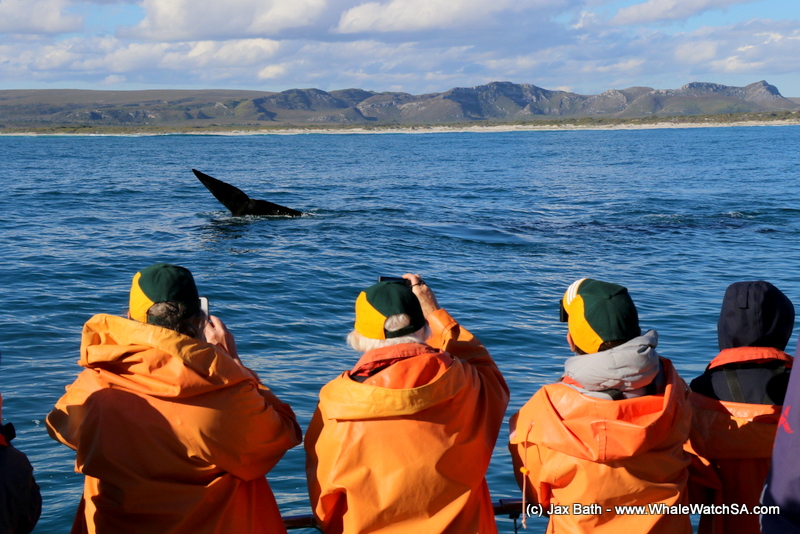 Showing off some tail. 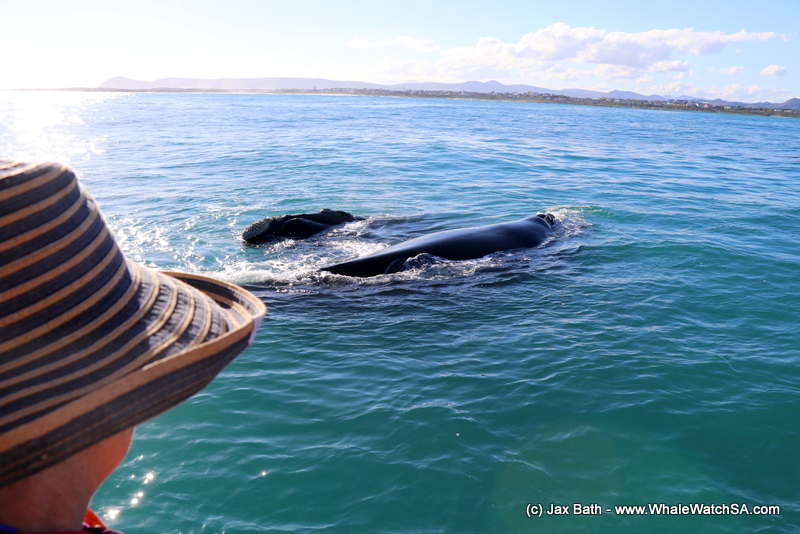 Pearly Beach was packed to the brim with whales yesterday. 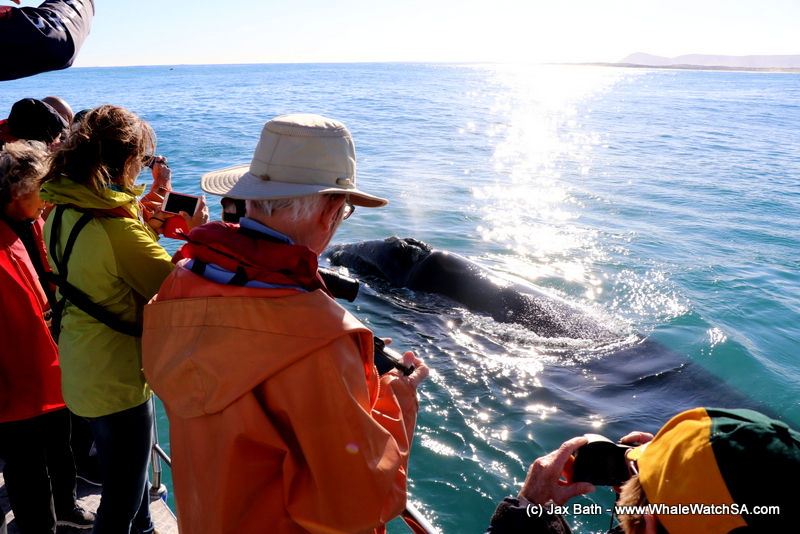 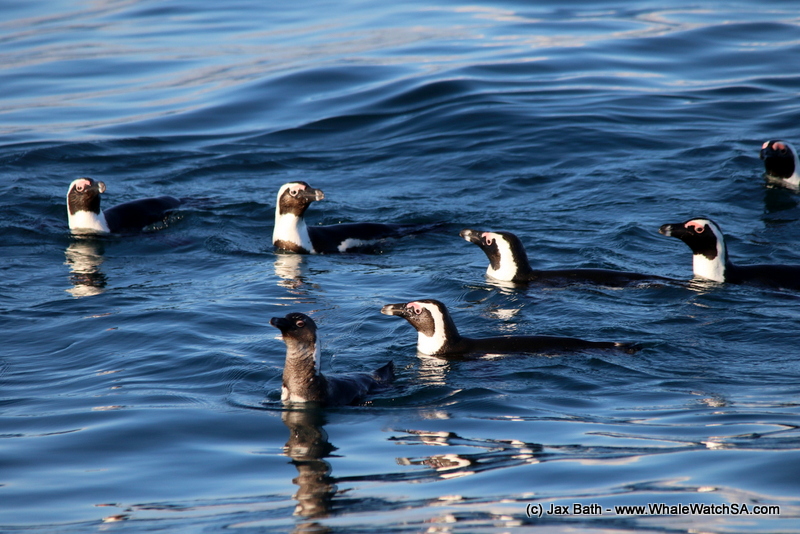 Trip 4 is the best for spotting larger rafts of African Penguins out at sea. 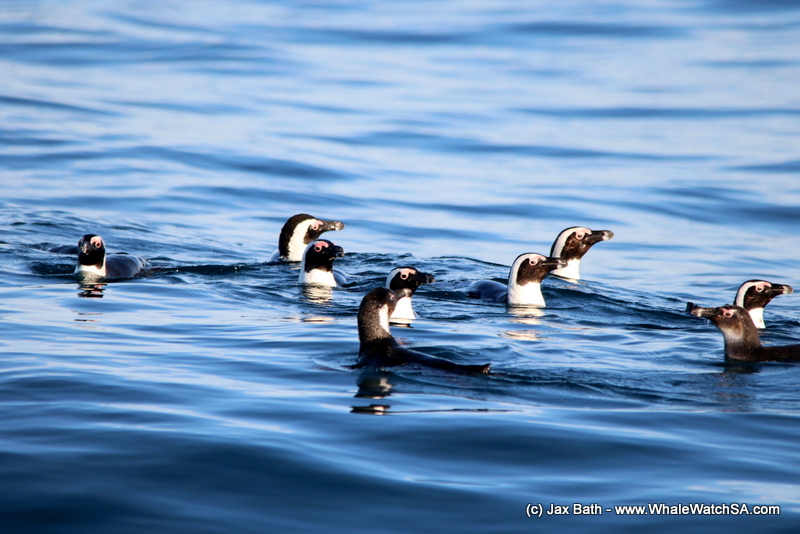 A Raft of African Penguins. 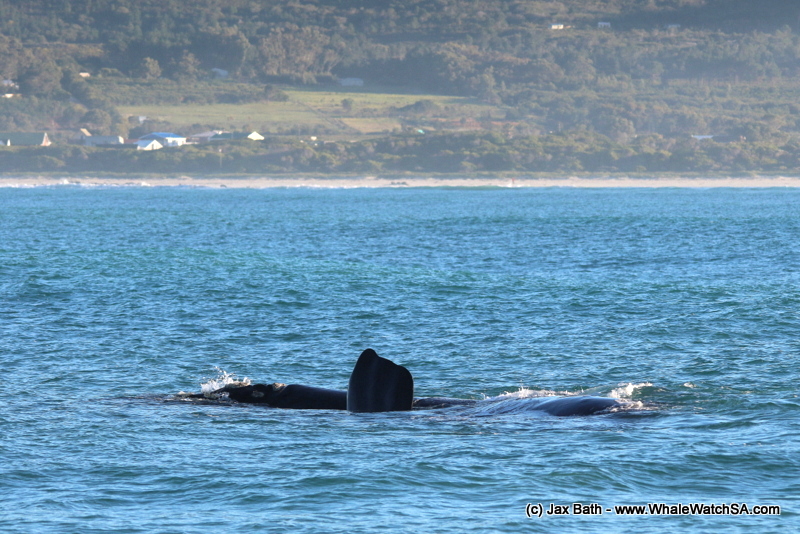 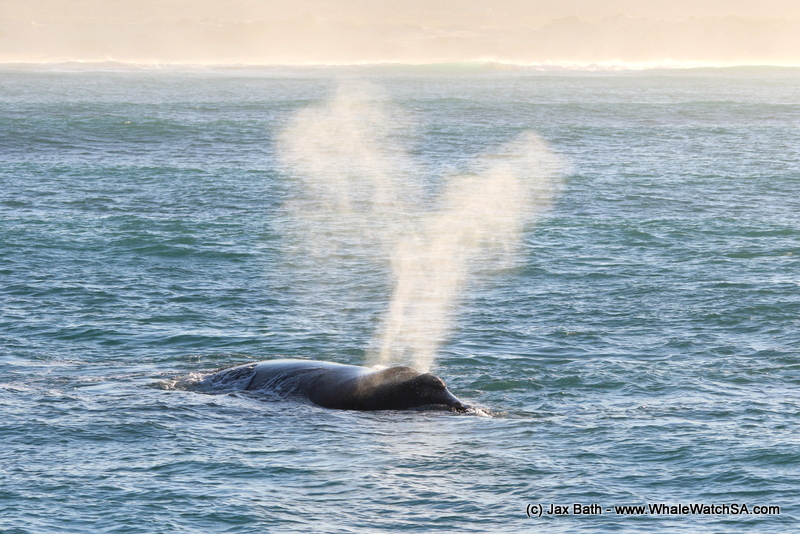 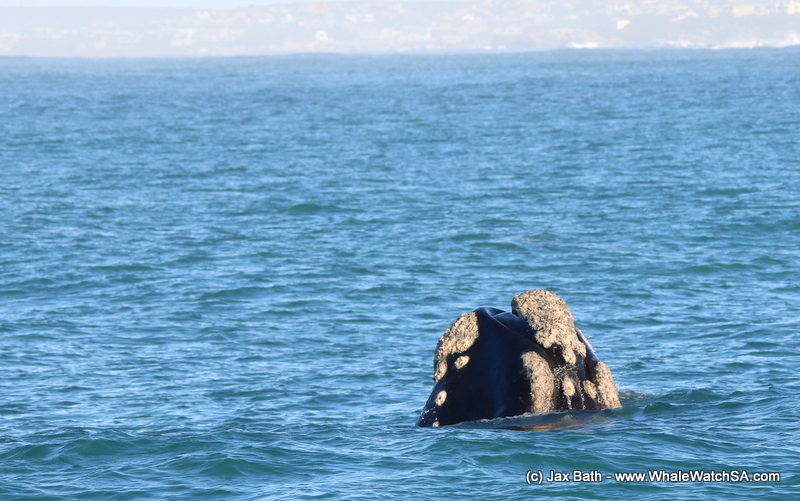 Another Spyhop just off of the shore. 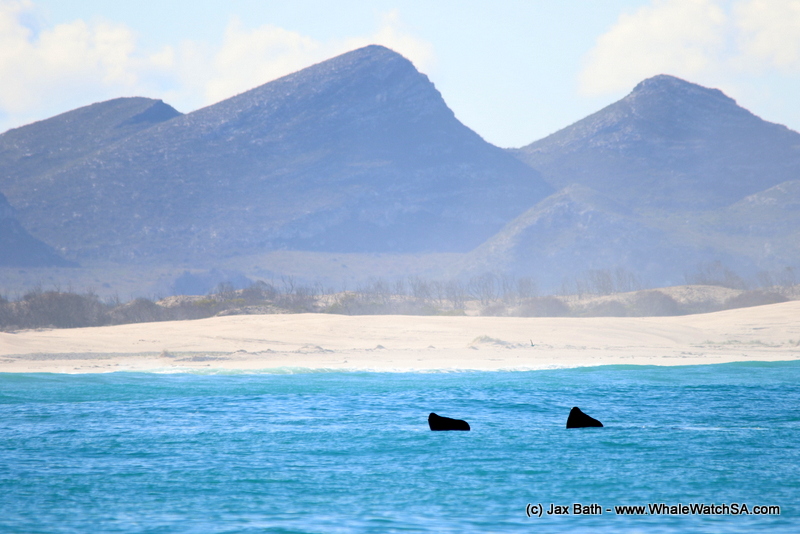 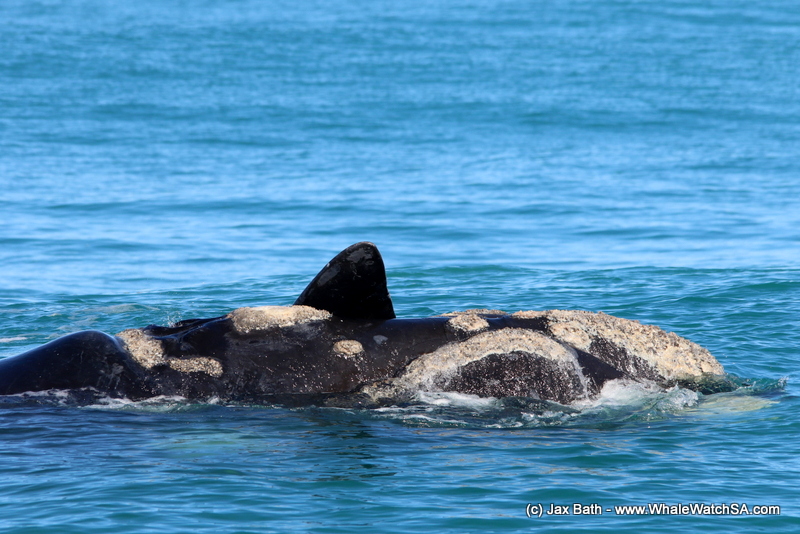 We had mating groups on all 4 tours today. 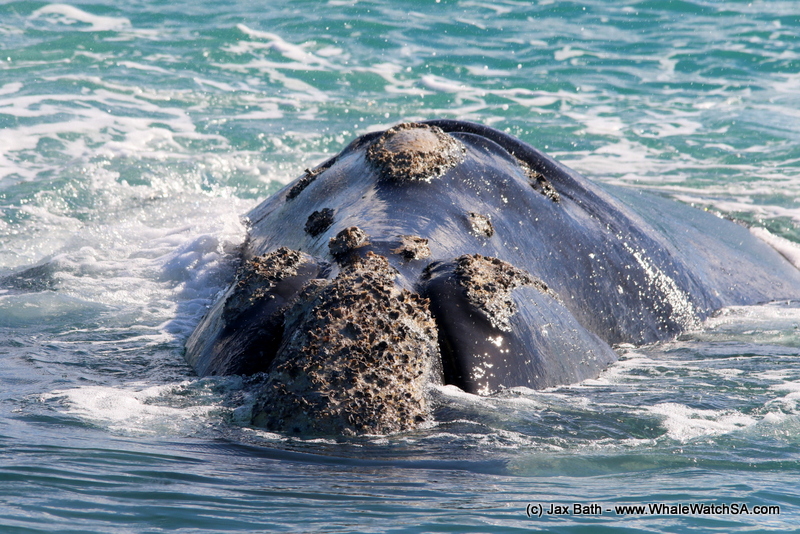 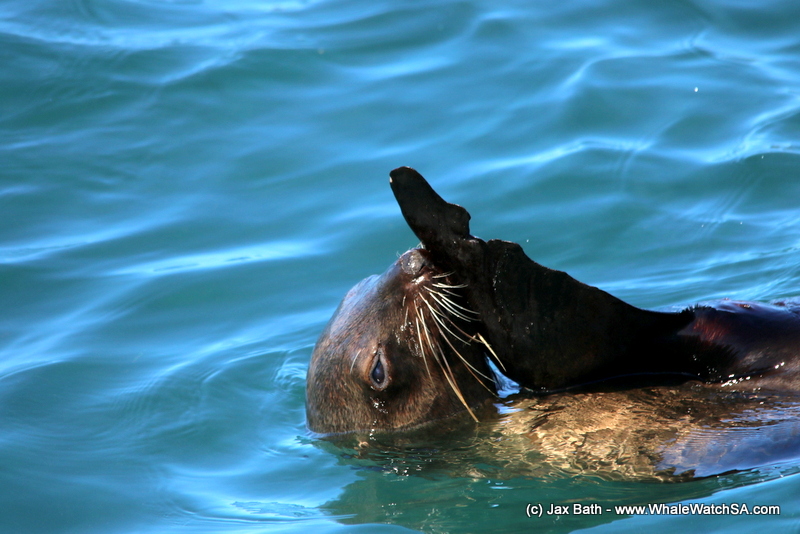 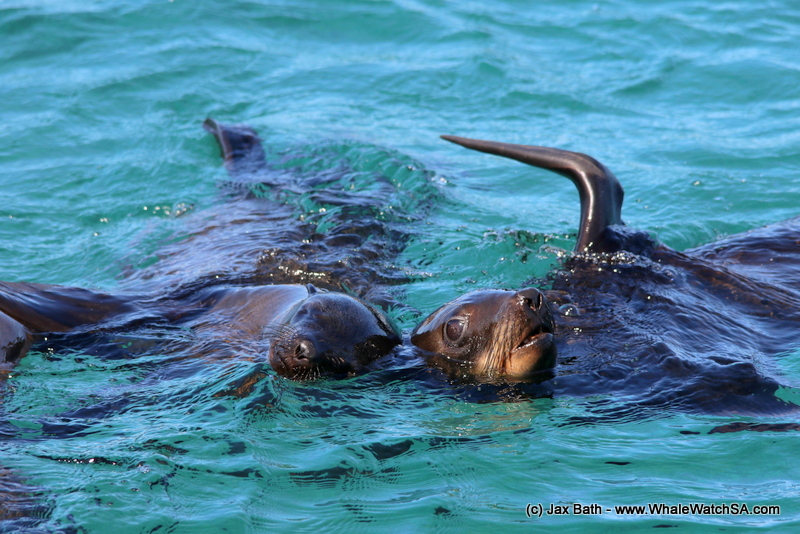 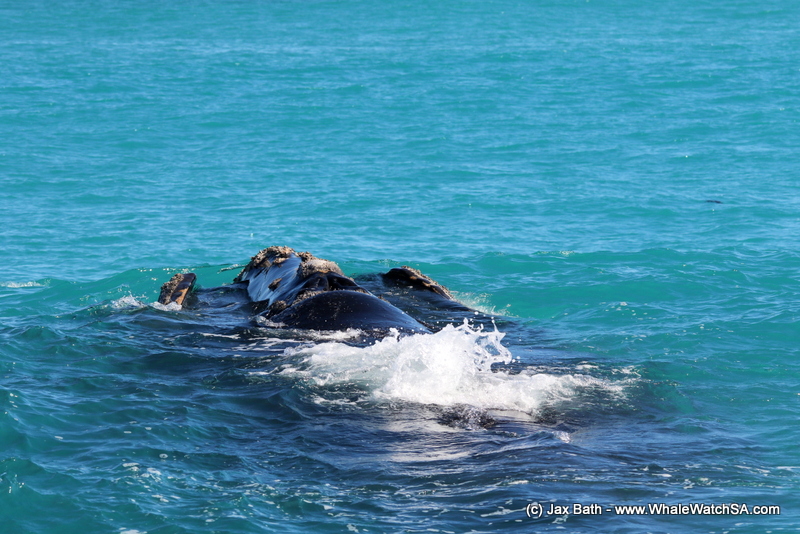 This whale is opening it’s mouth under the water. These animals do not really feed in our waters, so we get really excited when we get to see it happen. 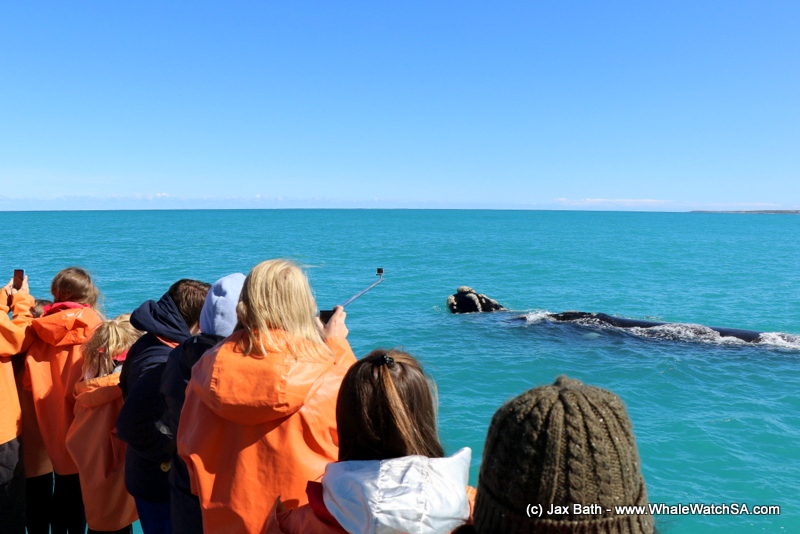 We had many close encounters today. 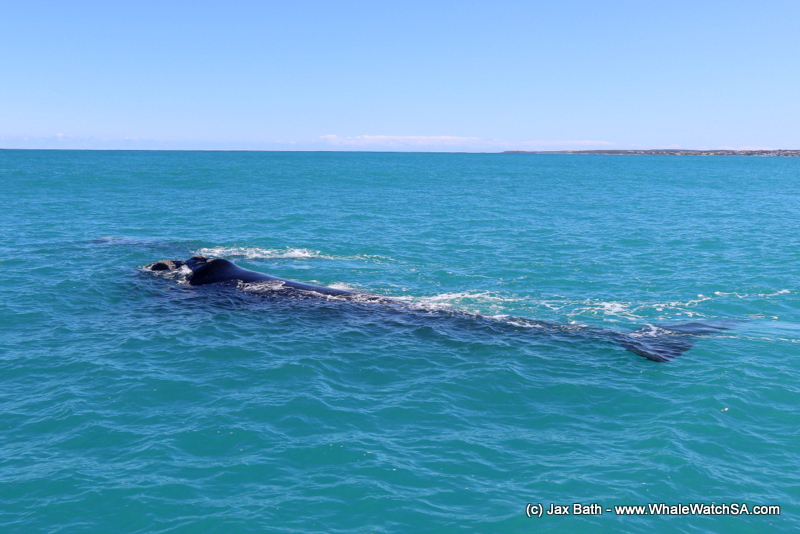 It’s not everyday that you get to see the full size of the animals just below the water. 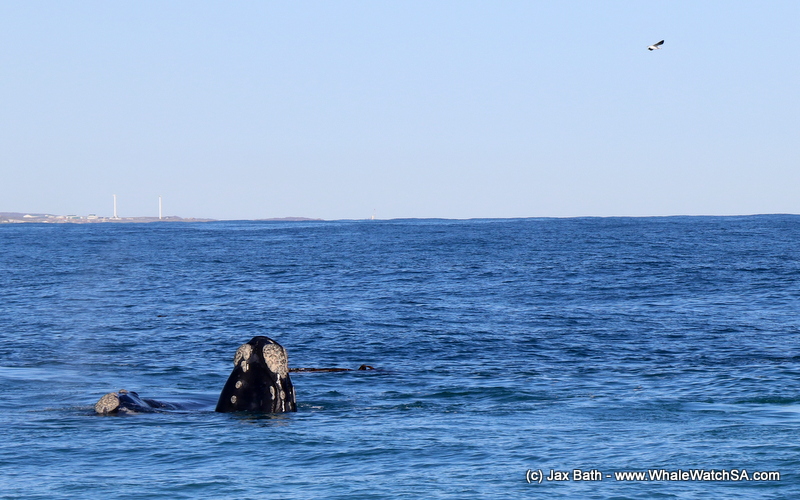