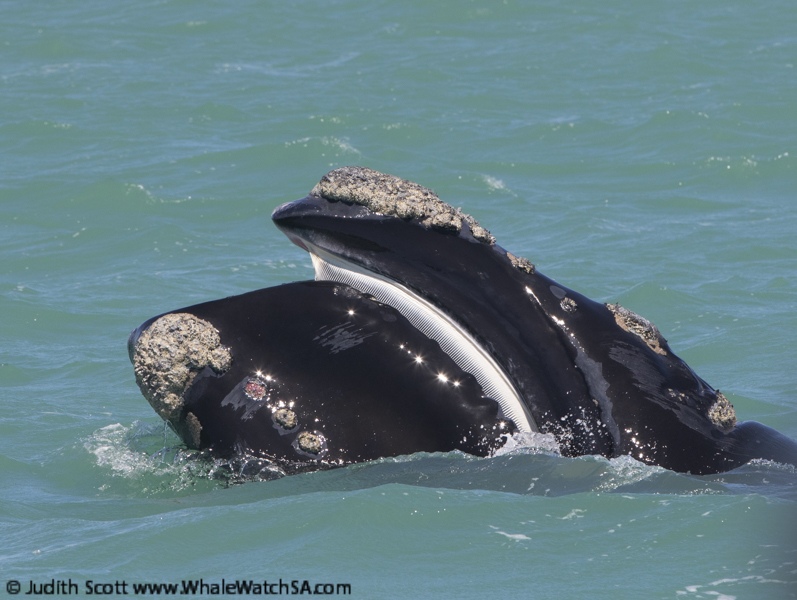 We had three great tours today in an easterly wind, which gave us some nice adventurous moments, but not big waves or swell. The African penguins eluded us today on all tours, but we got to see four of the marine big five on all tours.

The first tour of the day started with a breaching southern right whale calf a little in the distance, but then that calf came over to the boat and opened its mouth very close to us! We got to see the baleen starting to grow in the young whales’ mouth, which it will start using to filter the water for copepods and krill once it has made the 2000km migration to the sub-Antarctic feeding grounds with Mum in a few weeks time.

On both the first and second tours of the day we got to see a lone southern right whale calf that approached the boat very closely. We are not sure if this could be the same calf we saw being very active yesterday that we did not see a mother near either. We are concerned this calf may have somehow become separated from its mother, however the calf appears in very good condition and so if this is the case it has certainly only happened recently. However, we are hoping that the calf and mother are reunited soon.

On trip three we saw a number of whales, one of which appeared to be a juvenile, possibly a calf from last season. We sometimes see the juveniles here, but it is quite a rare sight and we have not seen one for a while. The juvenile whale seemed to be playing near an Indian ocean humpback dolphin, which was really interesting behaviour to watch.

All three tours did get to see Indian ocean humpback dolphins, the rarest cetacean species we see here, so always a special sight. We also got to see bronze whaler sharks on every tour by our sister boat, Slashfin, although on trip two the shark was below the water and not so easy to see. Of course the Cape fur seals were ever present on geyser rock, many of whom seem to have wounds as the breeding season gets underway in earnest and the males start fighting each other more and more for access to the females. 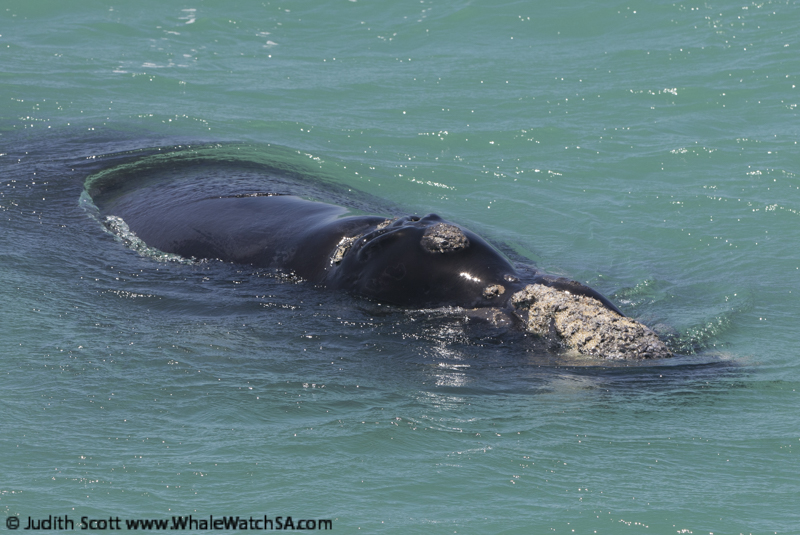 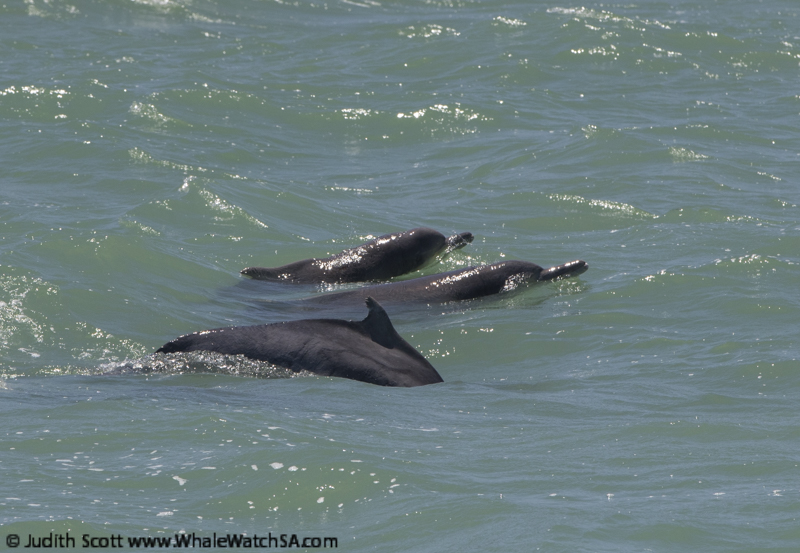 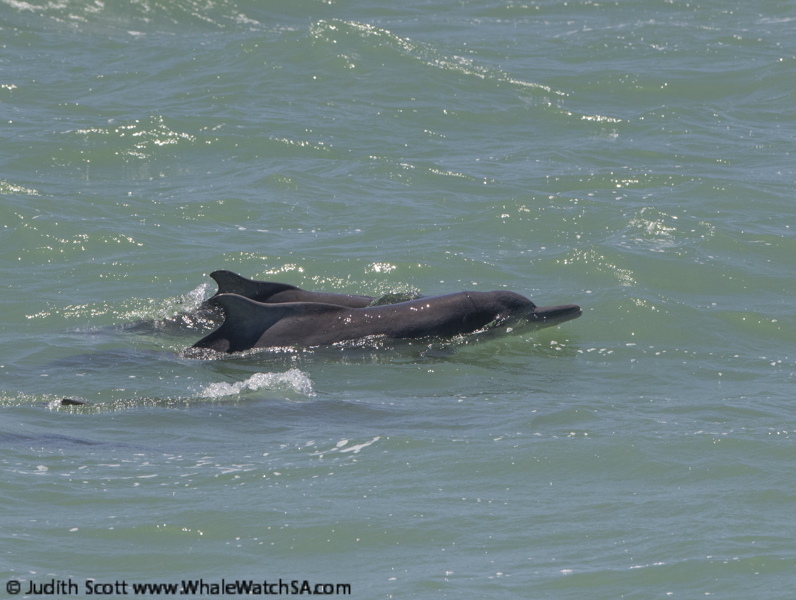 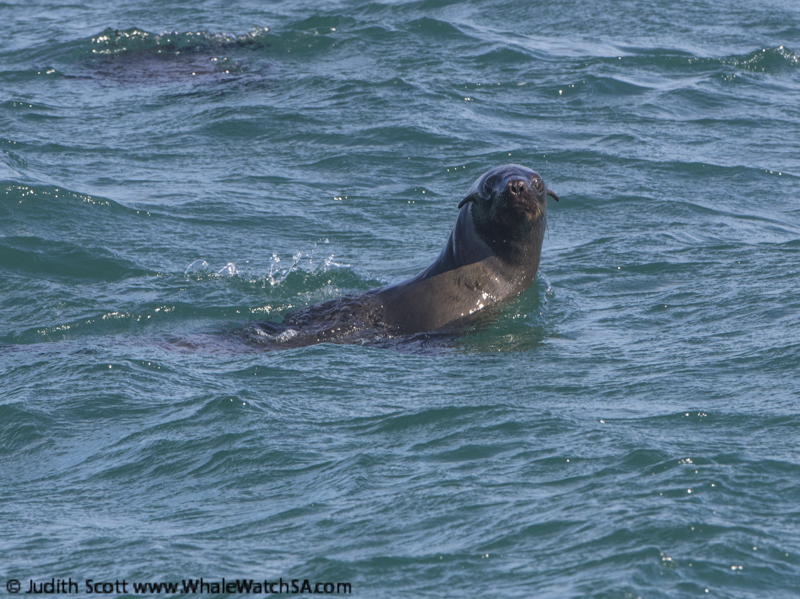 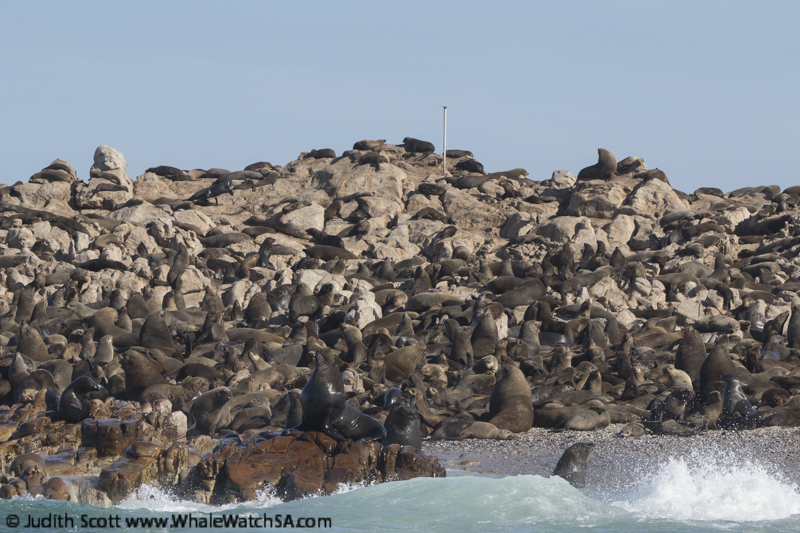 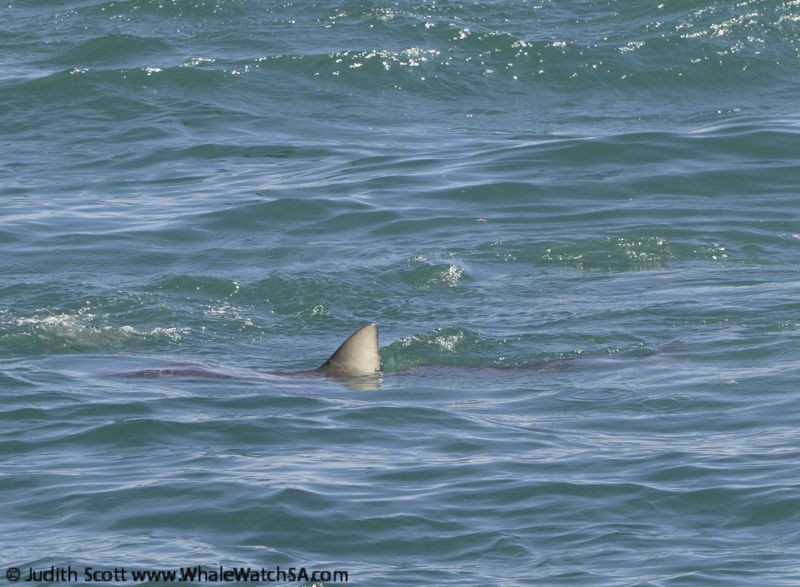 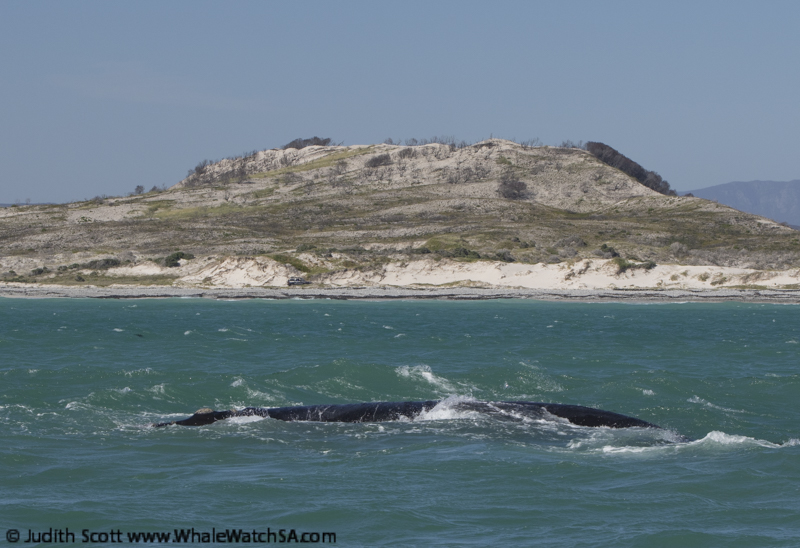 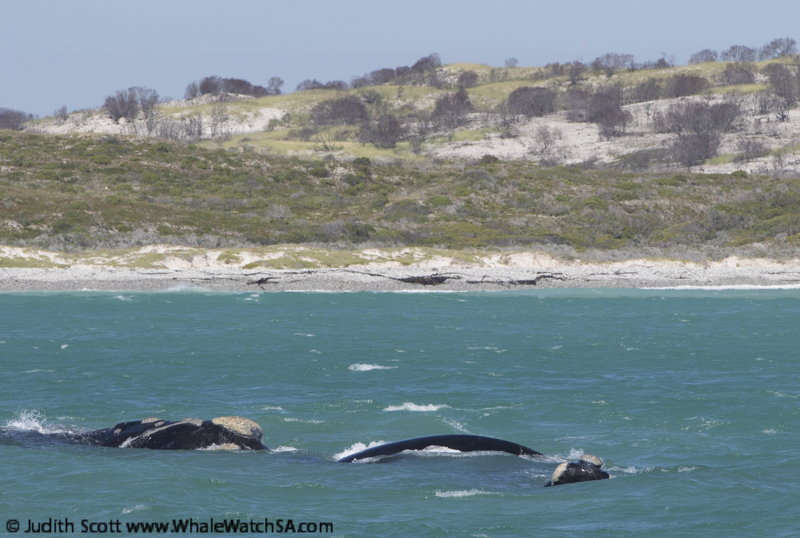 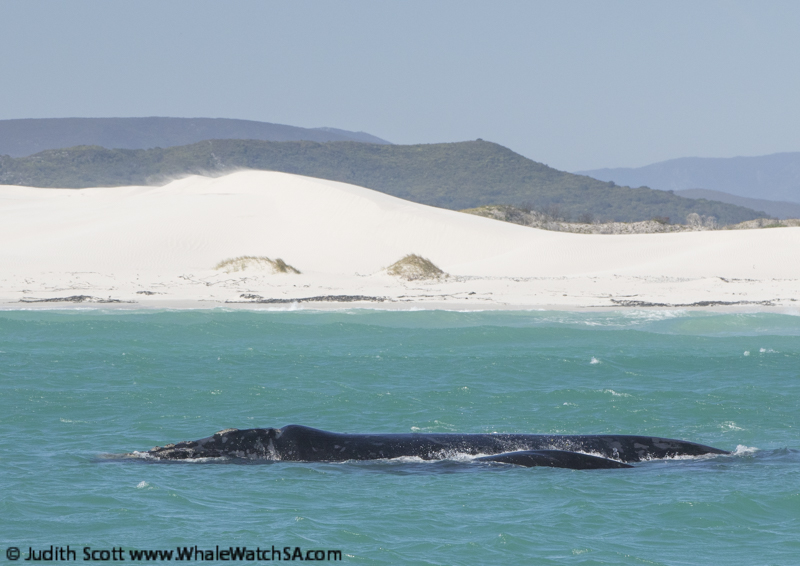 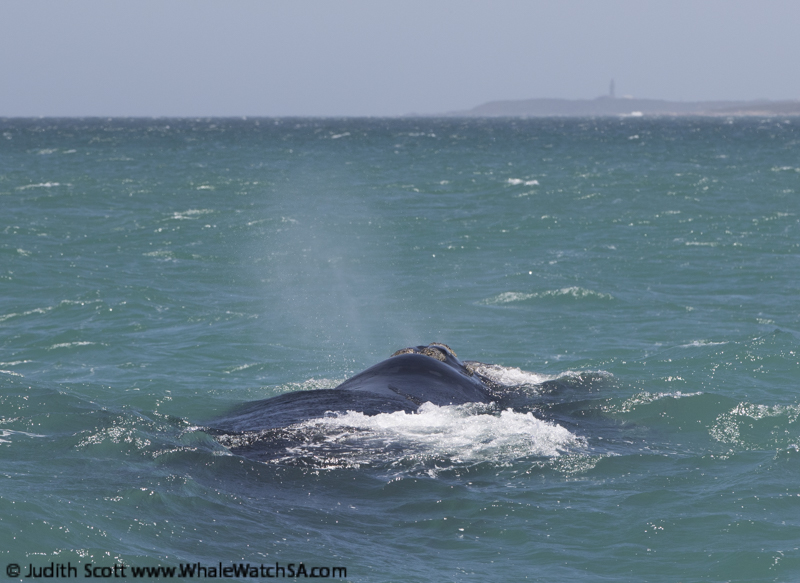 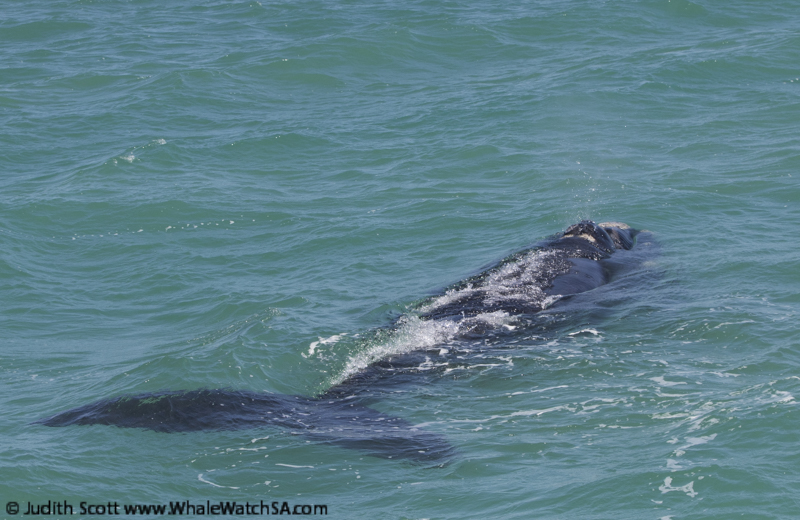 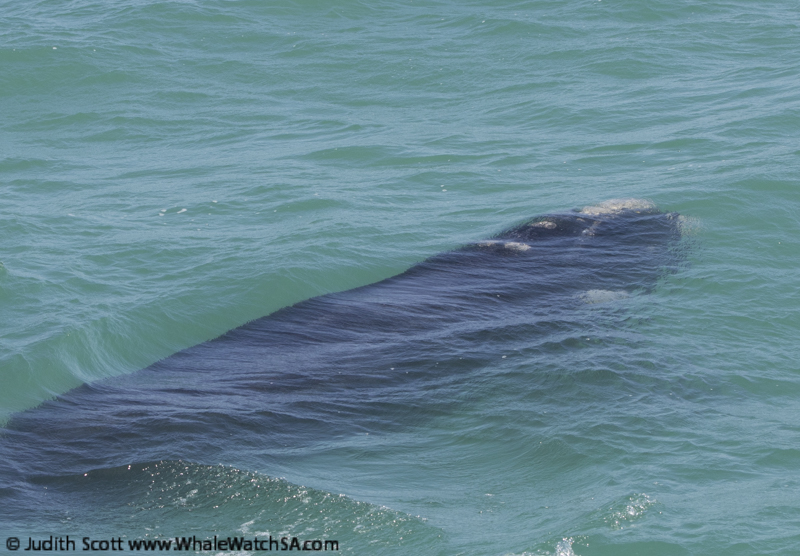 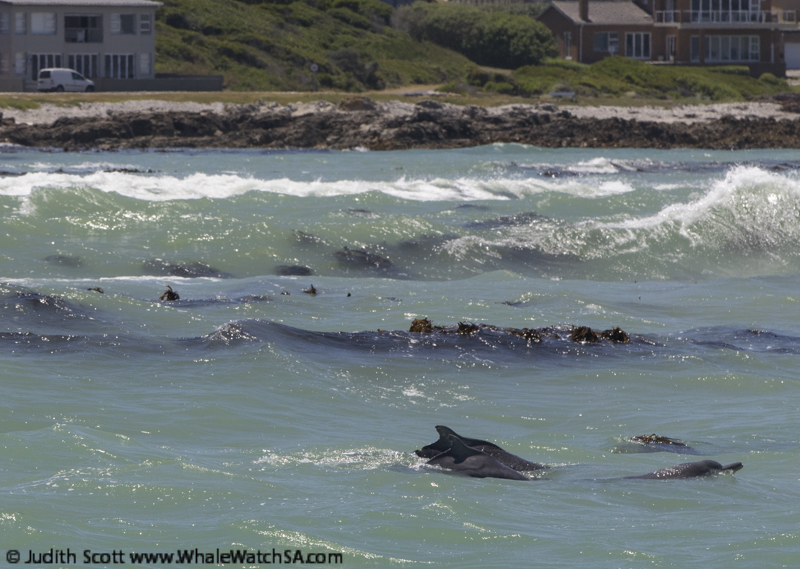 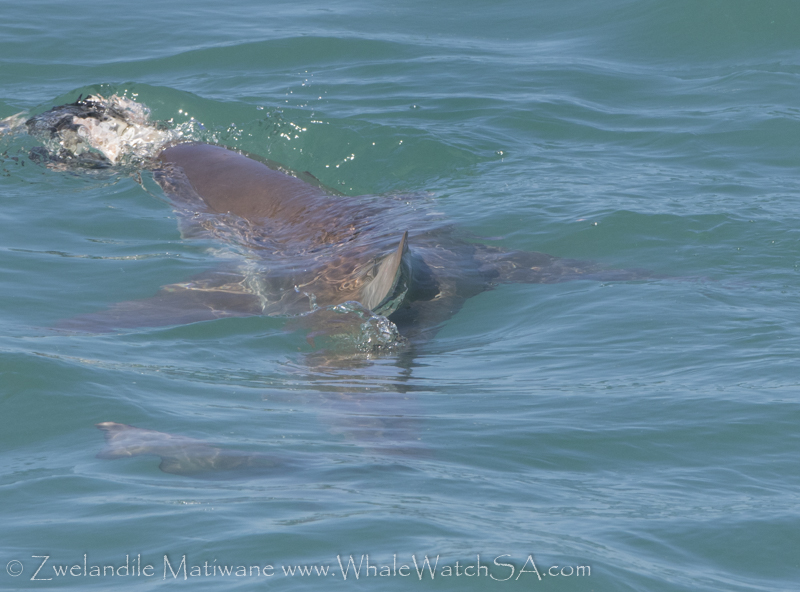 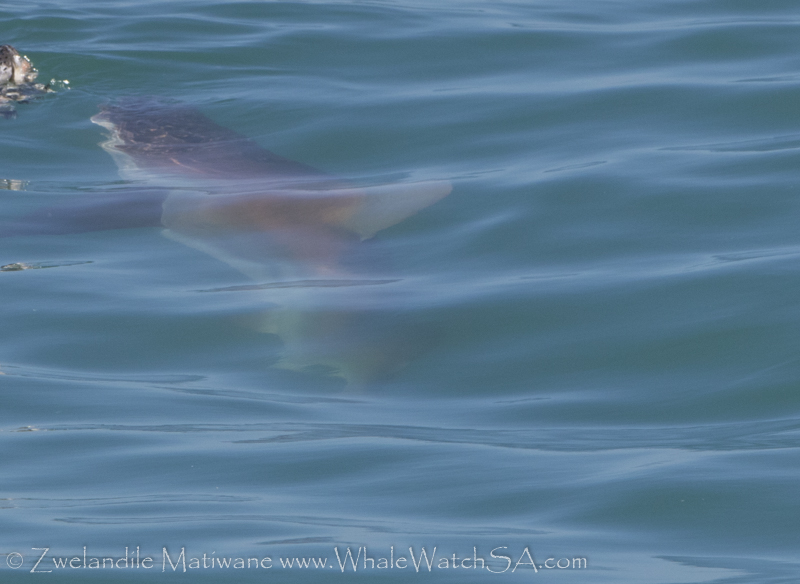 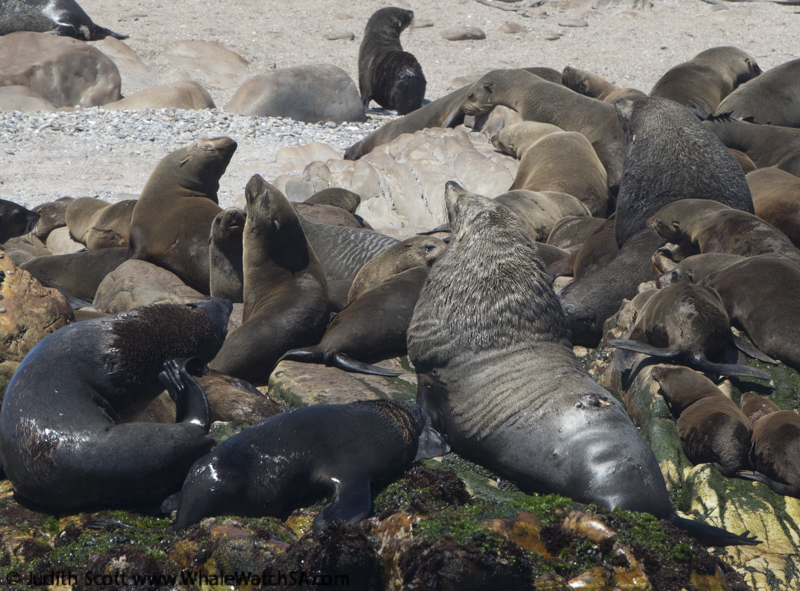 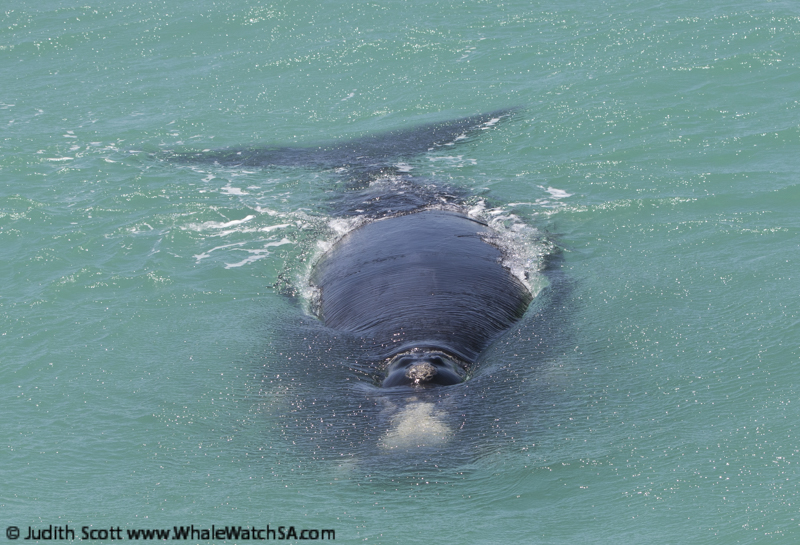 Southern right whale calf approaches. This calf was all alone and we think it might have got separated from its mother.