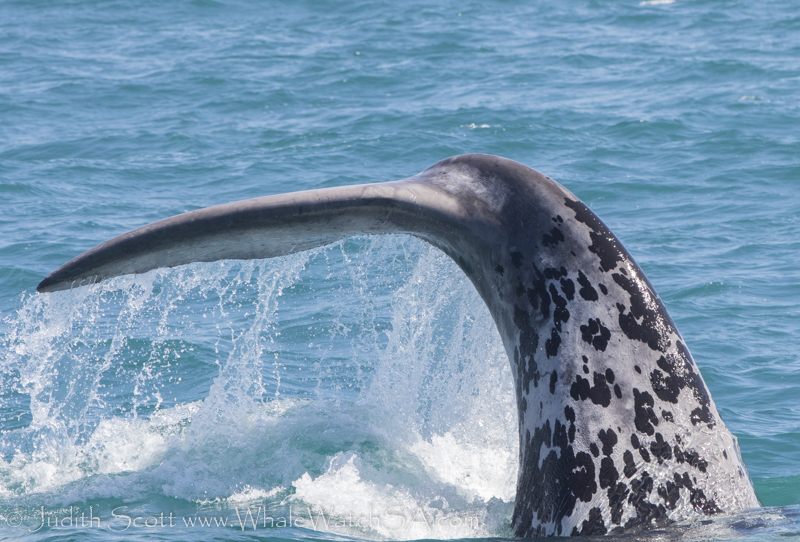 We had a busy day out on the water today after strong wind cancelled us yesterday. On both the first and second trips we had unbelievably calm seas and we spent time mostly with a beautiful southern right whale calf that had distinctive white markings on it. This was a new calf to the area and we got to see it playing around with its mother a little. The whales seemed to be travelling a lot this morning. On both these tours the cape cormorants were out of the water in their hundreds, an amazing sight. The first tour also got to see one single bottlenose dolphin, while trip two got to see two bronze whaler sharks when we stopped by the shark cage diving boats. Both tours also saw an African penguin.

On trip three we had a little more wind. We spent time with a number of southern right whale mothers and calves before we were very lucky and spotted an active calf that remained active as we approached. This was a brindle calf, one of the southern right whales born with a lot of grey and white on their skin. This is almost certainly a little male and it put on an amazing show with a number of lob-tails very close to the boat and one breach.

Trip four also got to see a lot of southern right whales in the bay and one mother whale opened her mouth briefly. The calves looked like they were playing around quite a lot on this trip. The wind suddenly picked up from the west and we had an exciting ride on the rest of the trip, when we went over to the island to look at the cape fur seals, like we do on every tour. 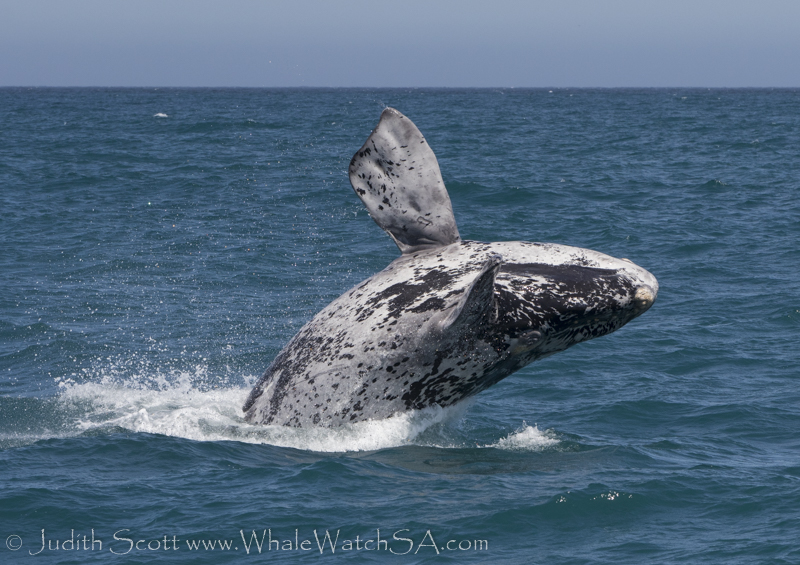 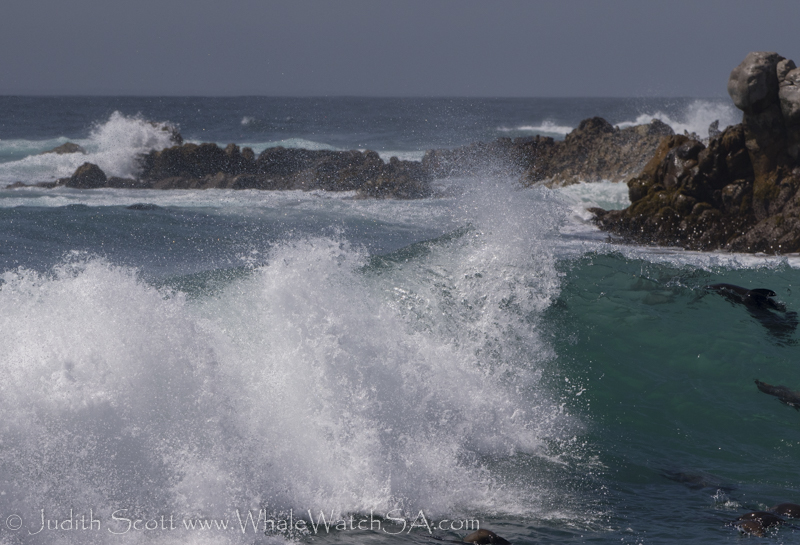 We had some waves in shark alley! 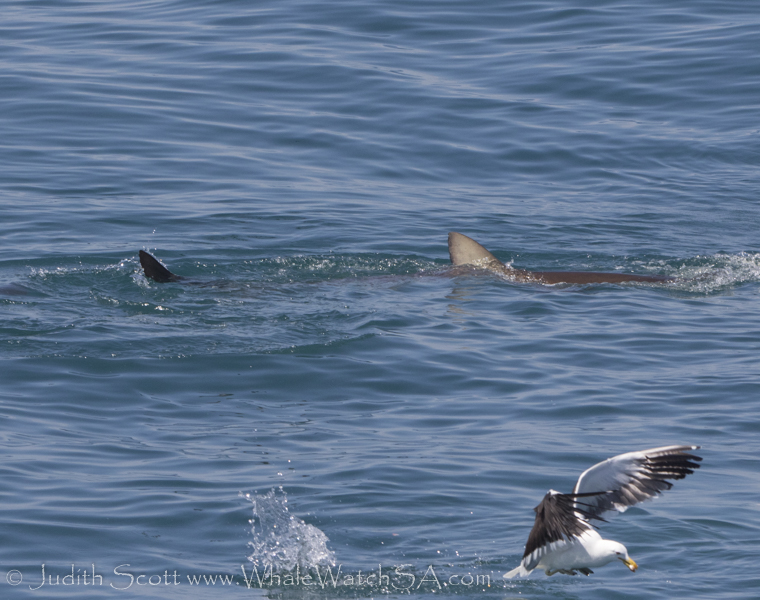 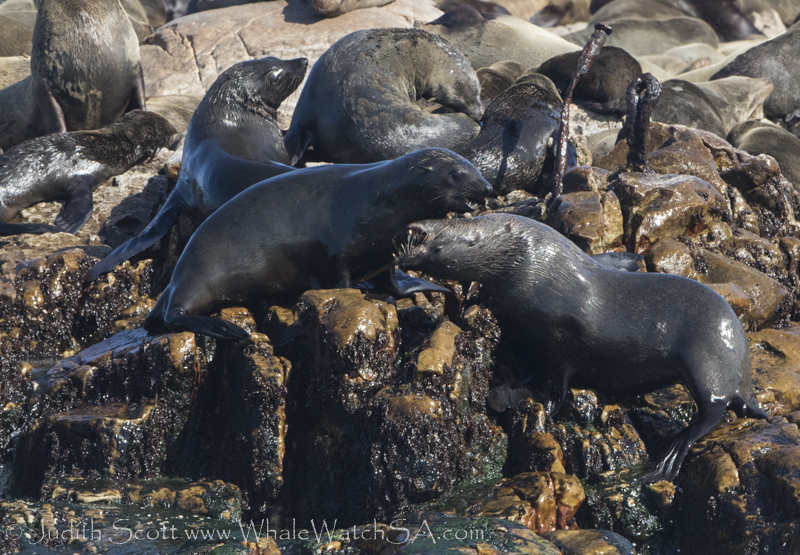 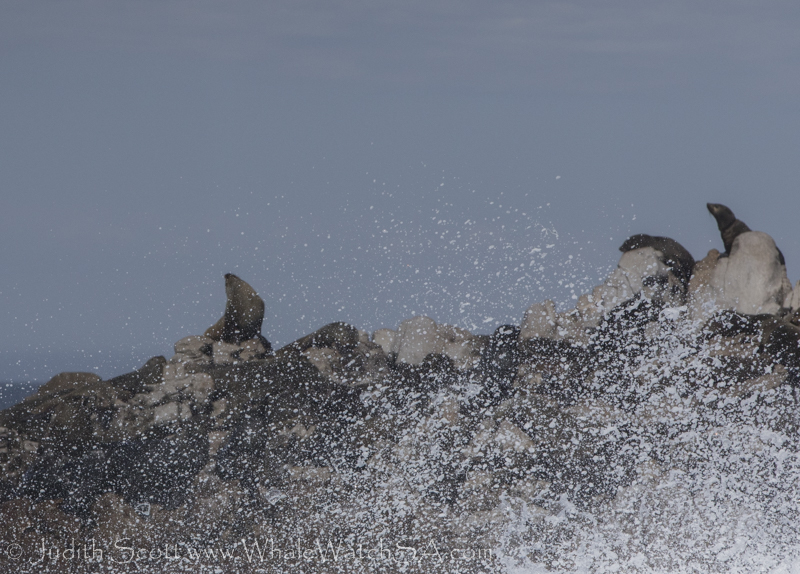 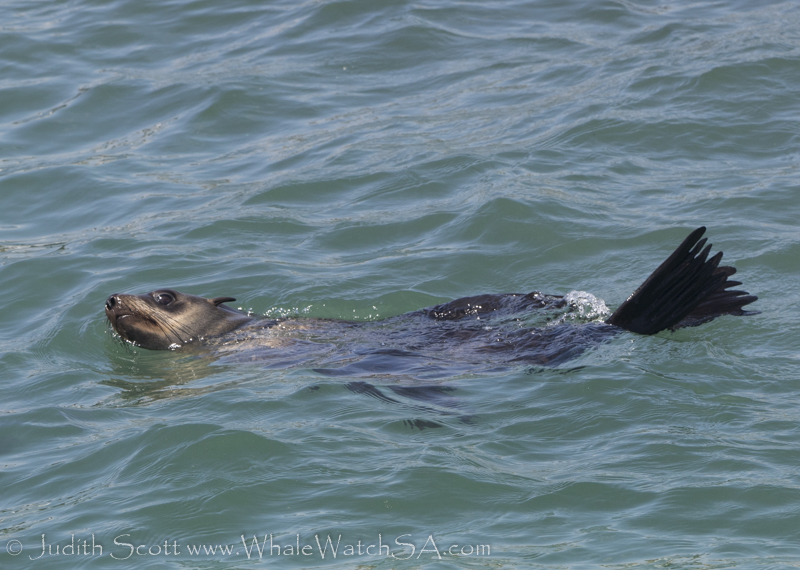 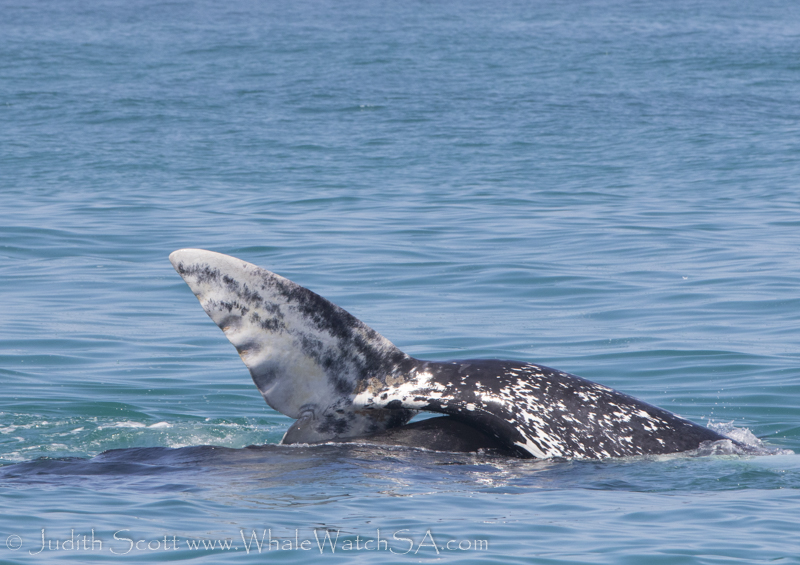 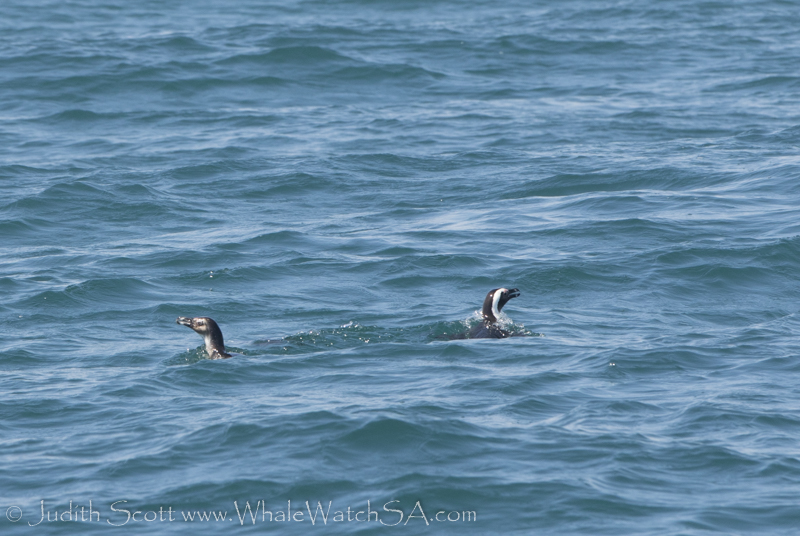 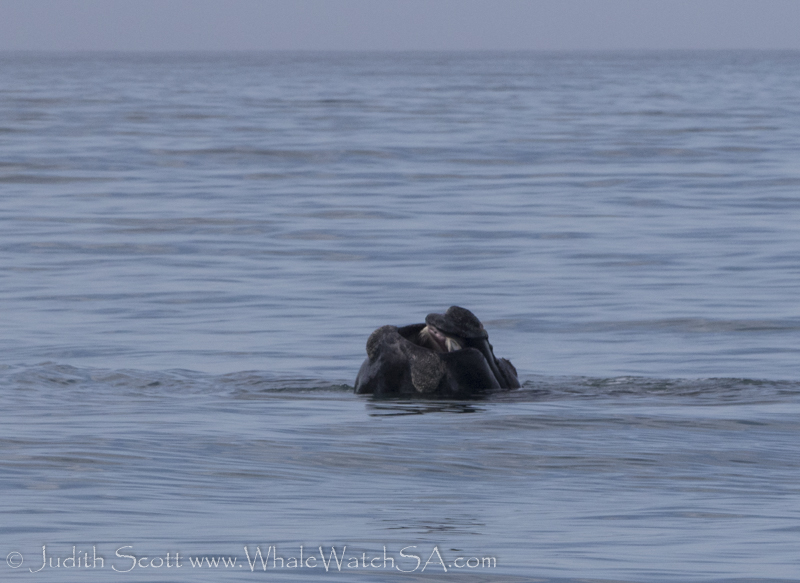 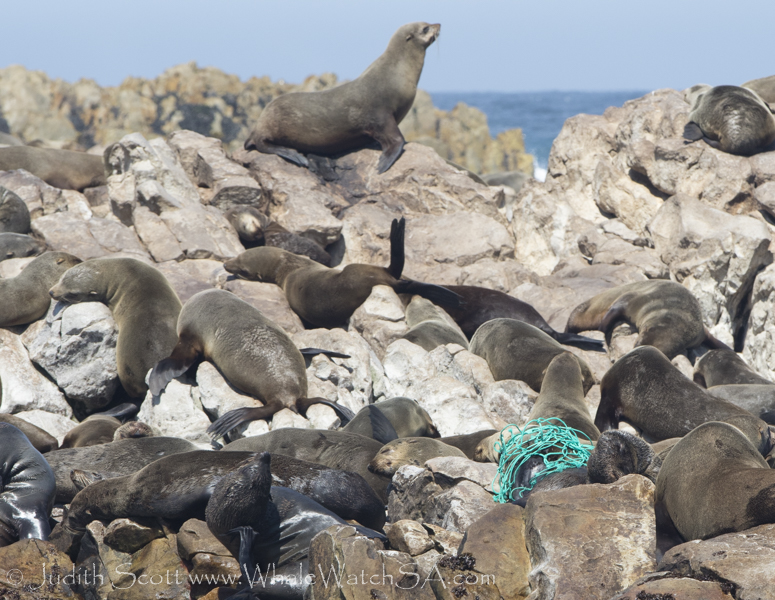 Cape fur seals including one entangled in fishing gear 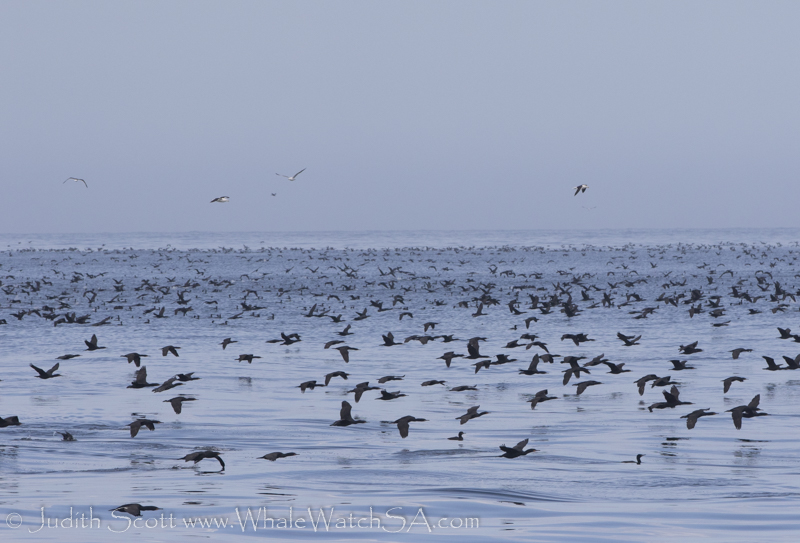 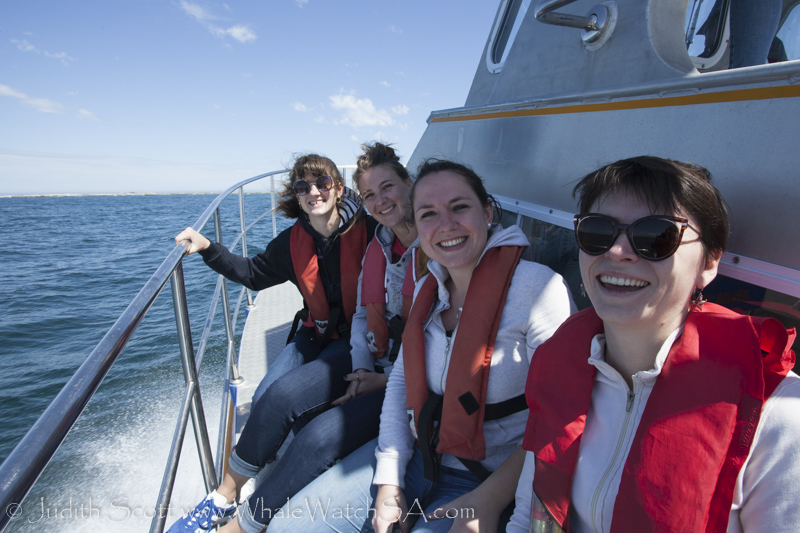 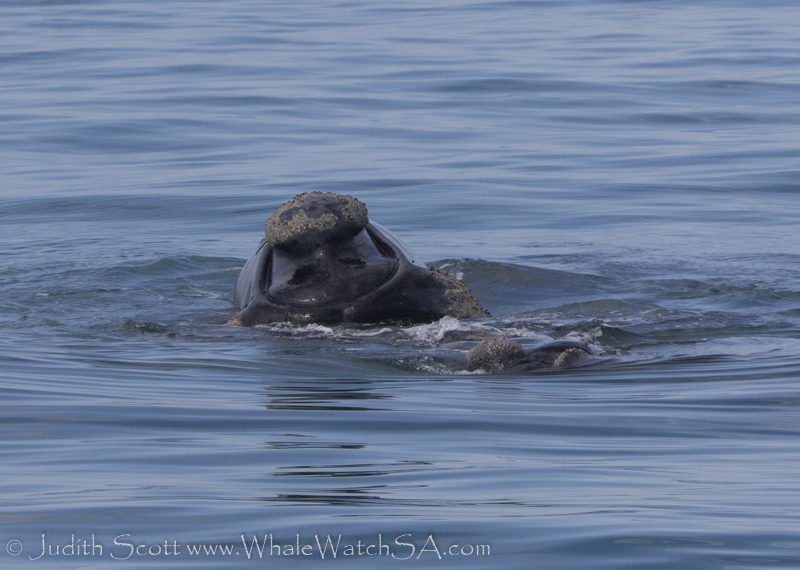 Southern right whale mum with her head out 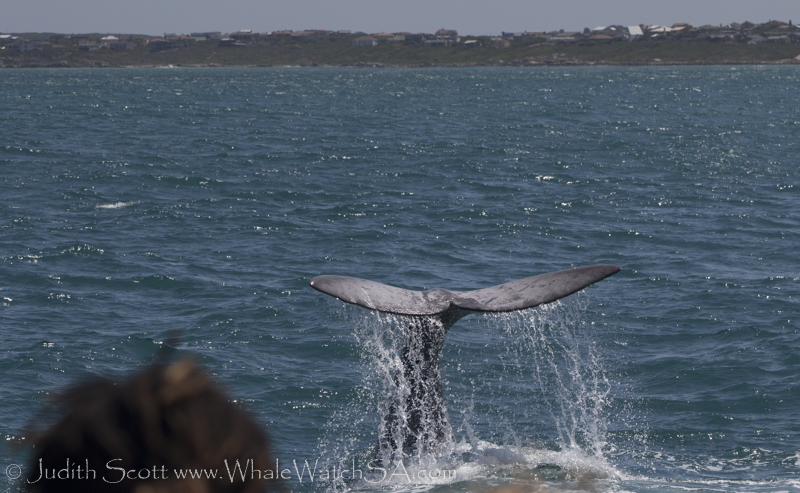 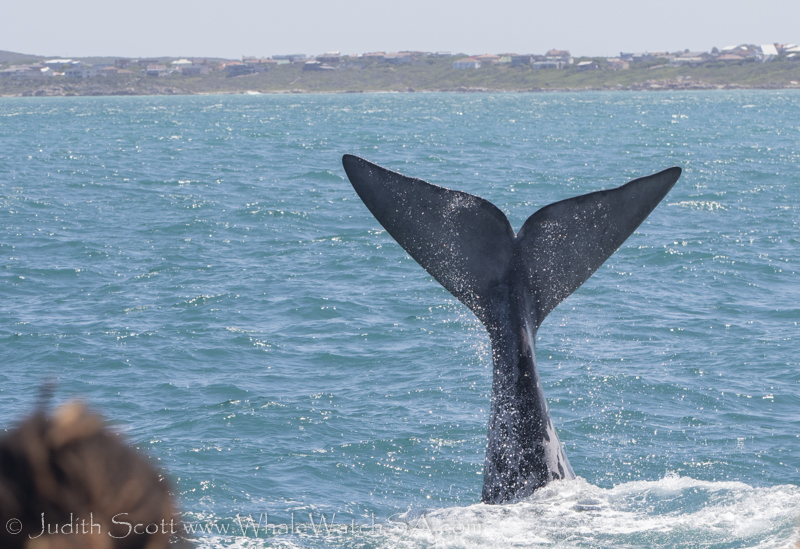 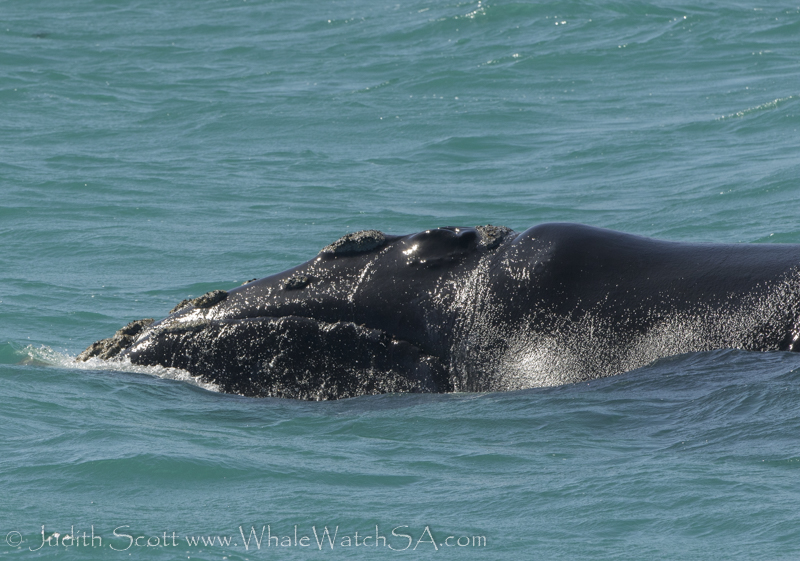