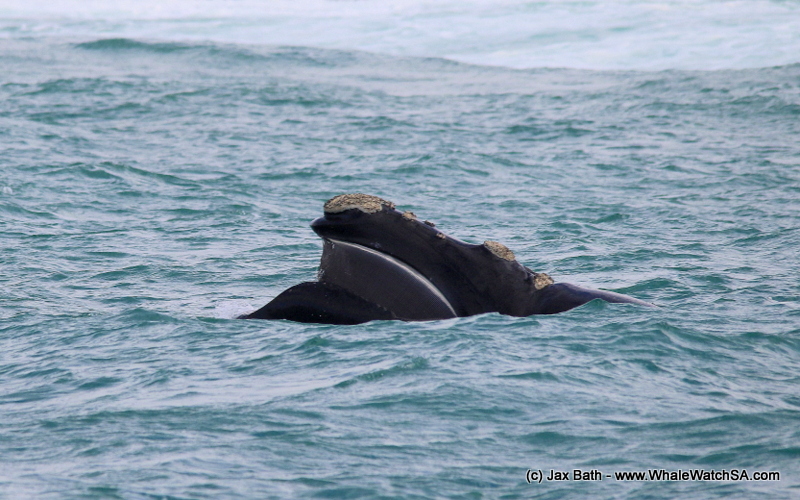 With the swell predicted to pick up in the afternoon, we had an early launch out of Kleinbaai harbour, heading out at 08:00. We set out in the hopes of catching up with some Southern Right Whales, who have been plentiful in our bay as of late. Sure enough, after doing some cruising along, we caught up with our first cow, calf pair of the day. These animals were travelling along so we decided to keep with them.

After spending some time watching these Southern Right Whales, we moved on to slightly shallower waters to see what other whales the ocean had in store. This was a great move as we were able to spot a further 3 groups of animals hanging around closer to the shoreline. On arrival, one of the first things we got to see was a cheeky tail sticking out the water. This whale looked like It was just having a bit of fun, keeping its fluke in the air for a couple of seconds before bringing it back down again. around the same time, we also had a playful baby stick its head out the water a little closer to the boat, whilst fooling around next to mom.

The bay was a hive of whale activity and we were even treated to the sight of 3 whales opening their mouths. It all started with an adult travelling along. This big guy took the phrase “open wide” very seriously, giving us a beautiful view of its baleen in the distance. These whales have over 200 baleen plates in their mouths and they will us this to filter feed zooplankton. We don’t really have enough krill to sustain the Right Whales here, so for the most part they are tight lipped when they’re in our waters. The majority of the feeding will happen closer to 50 degrees south. With this is mind, seeing even one whale open it’s mouth is special, but 3 doing it including a calf is absolutely spectacular. We went on to spend a little more time with our whales before taking a quick stop at Slashfin.

After getting a brief glimpse at a Bronze Whaler Shark, we head on over towards Dyer Island, spotting a large raft of African Penguins on the way. We got to see the penguins come up a couple of times before they took a dive to move on to their feeding grounds, so we decided we’d take a trip into world famous waters. We travelled into Shark Alley to check out our Cape Fur Seals, spotting some Cape Gannets along the way. Once we had given the seals all the attention they deserve, we head on back to Kleinbaai Harbour, spotting a Shy Albatross and some Pesky Sub Antarctic Skuas along the way. 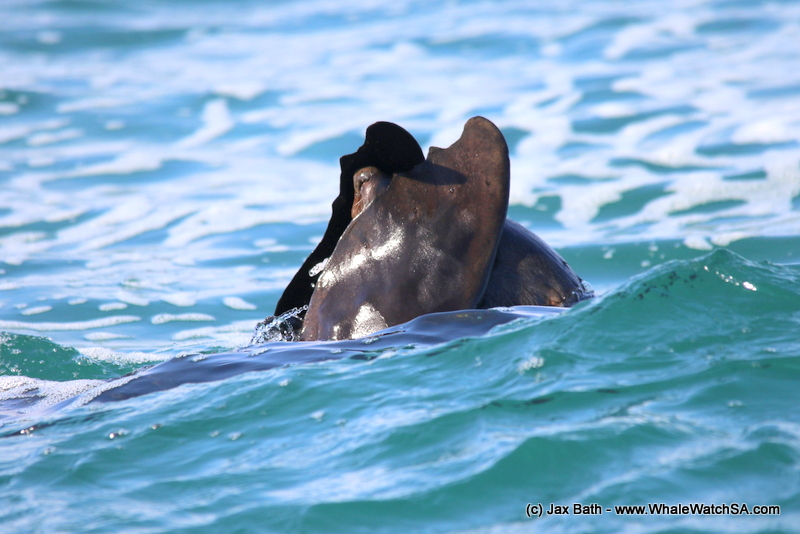 A seal wiping his eyes off. 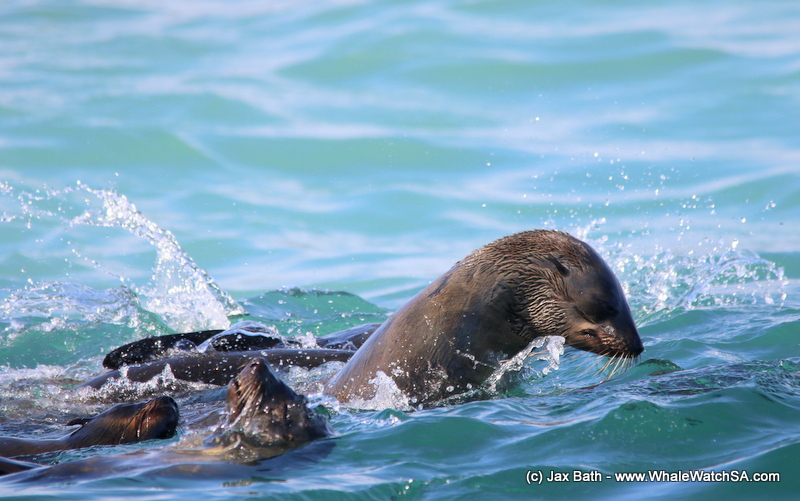 In the life of a Cape Fur Seal, there’s always time for play. 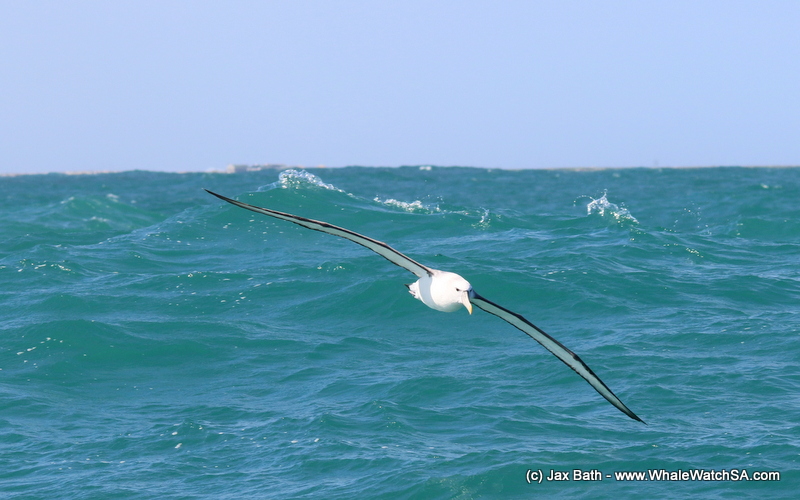 A Shy Albatross comes soaring in. 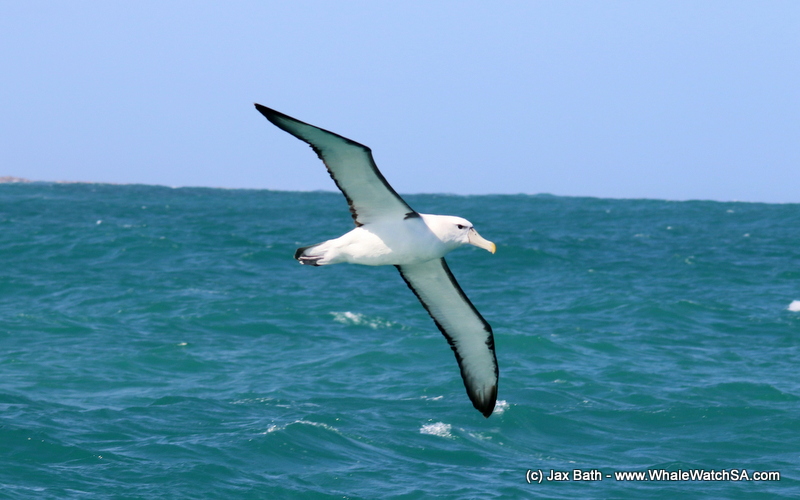 We don’t get to see Albatross on all our tours, so this was certainly exciting. 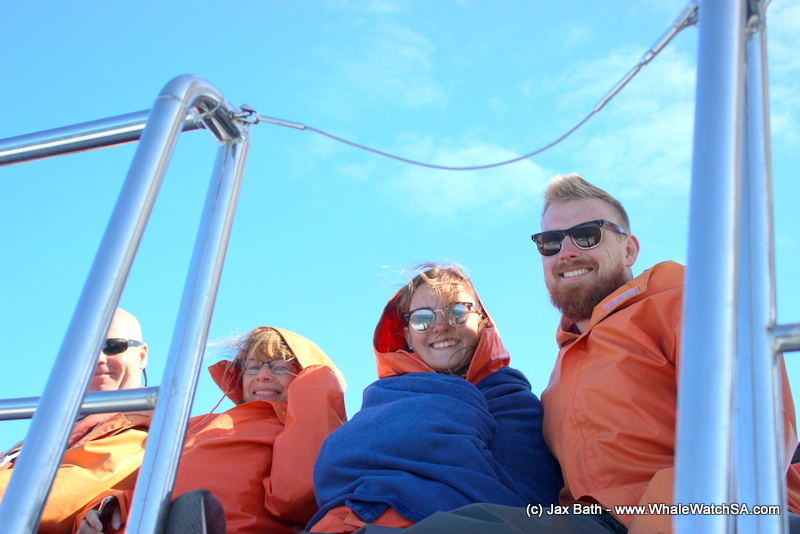 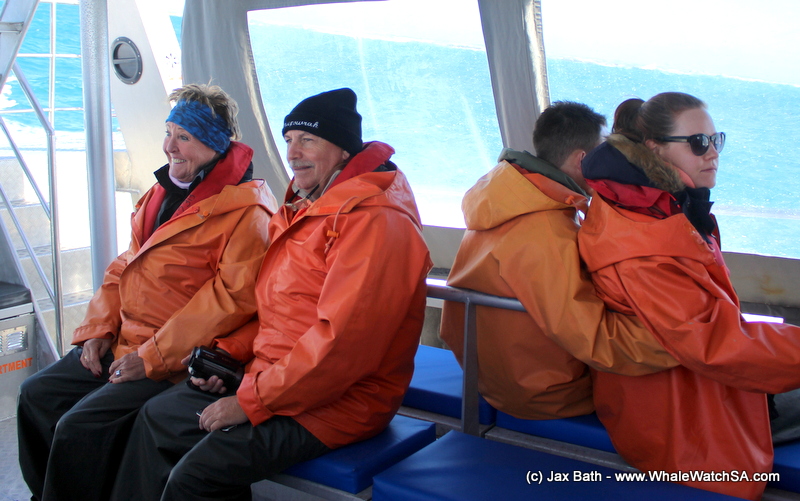 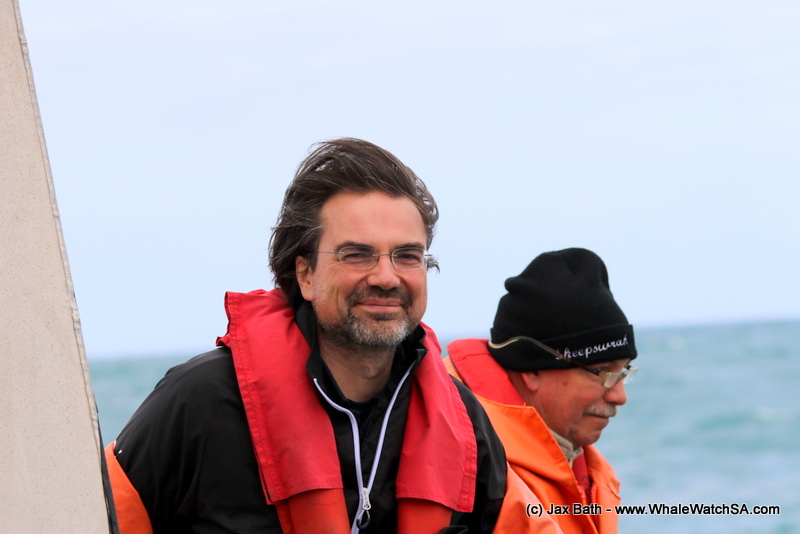 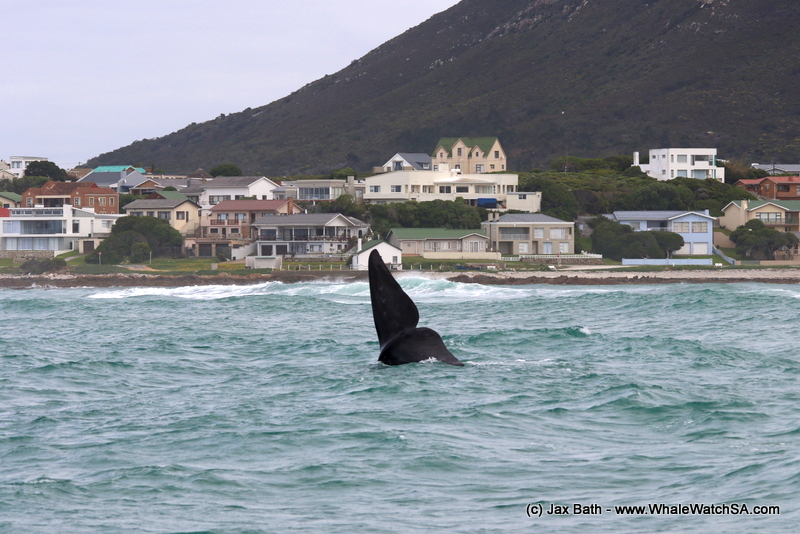 A bit of tail action in front of Franskraal. 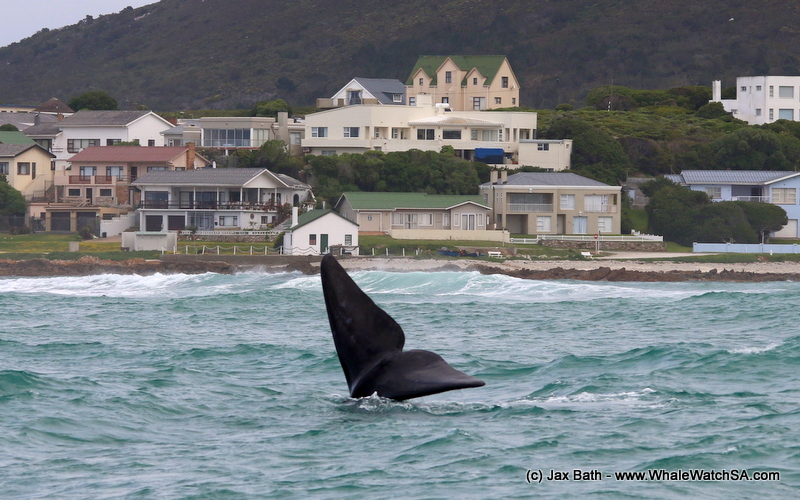 From tip to tip, the tail can be 5 meters in length. 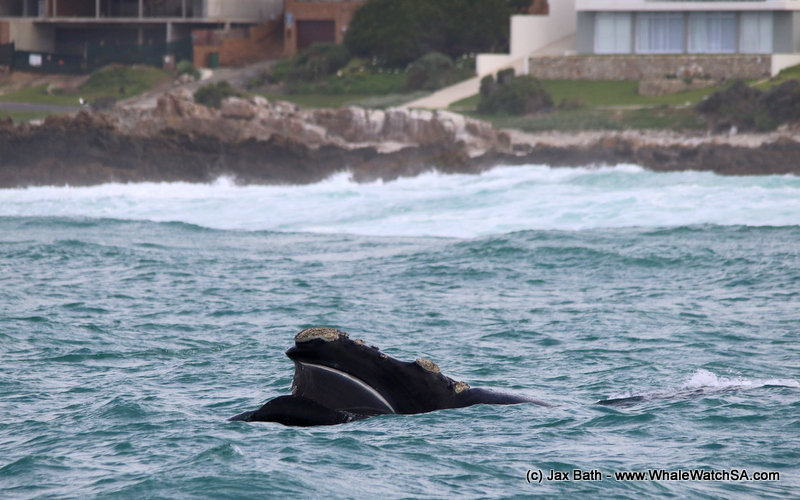 Showing off its baleen plates, this whale really gave us a show.

Baleen is made out of keratin and used to be used to make corsets. Keratin is the same as our hair, finger nails and even rhino horn. 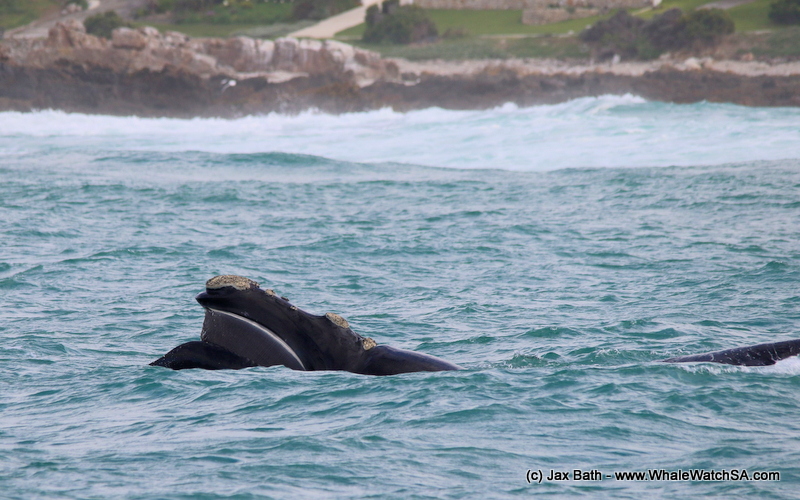 We don’t get to see baleen very often in these parts because the whales do not do too much feeding here. These animals feed mostly in krill rich Sub Antarctic Waters. 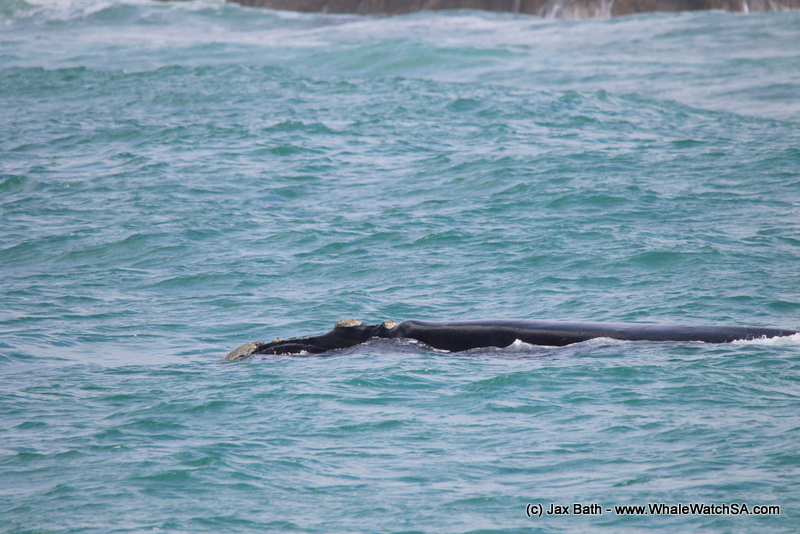 cruising at the surface. 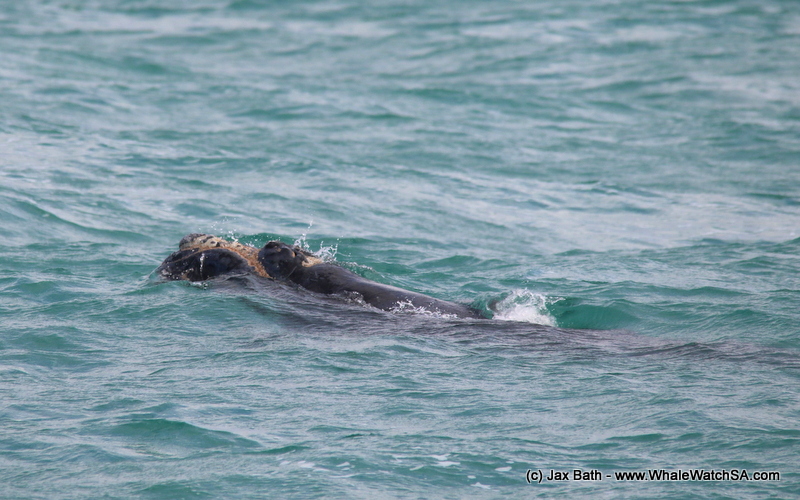 A calf breaks though the water column. 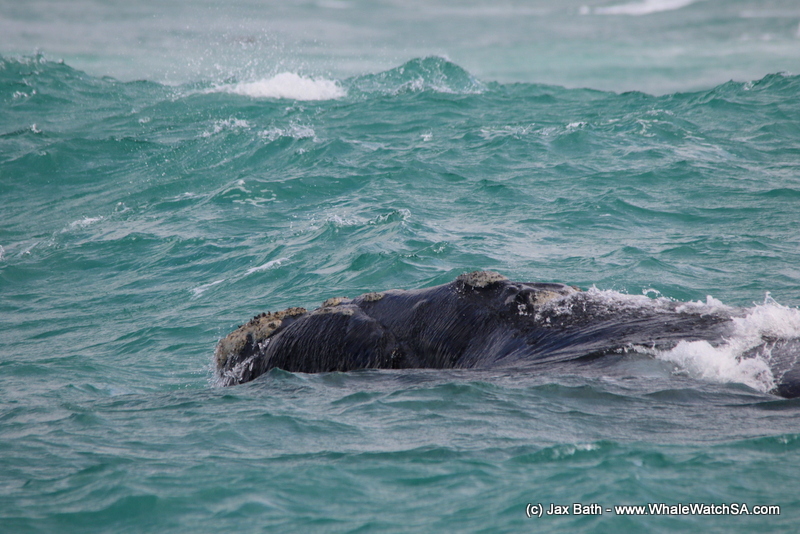 A close up of a moms head. 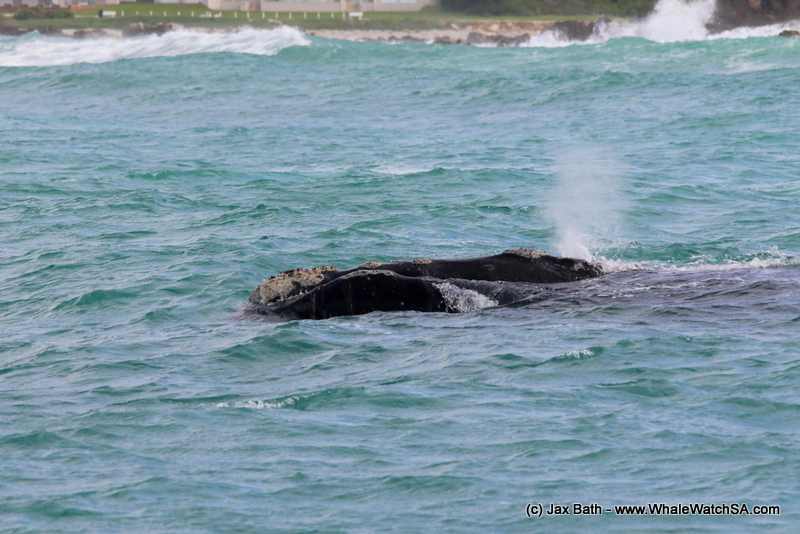 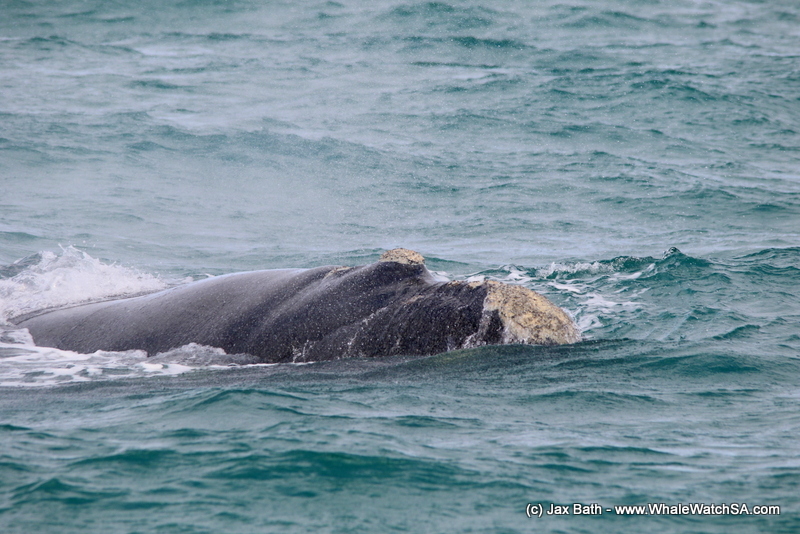 A mother whale checking us out, have a look at her callosties! 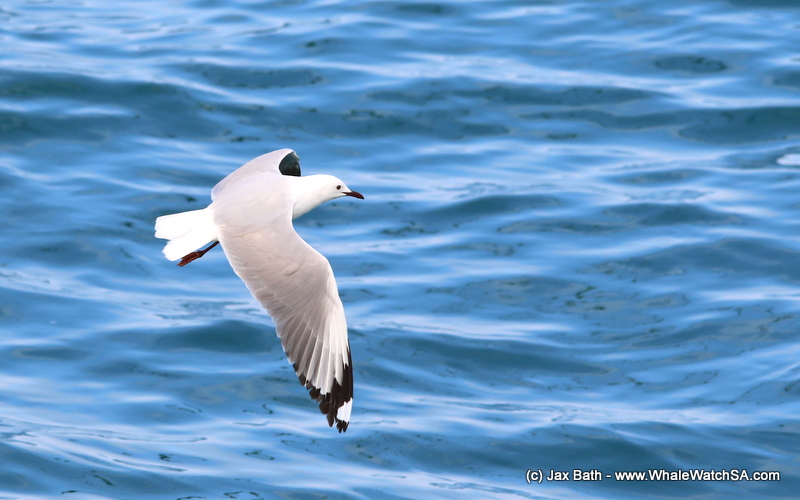 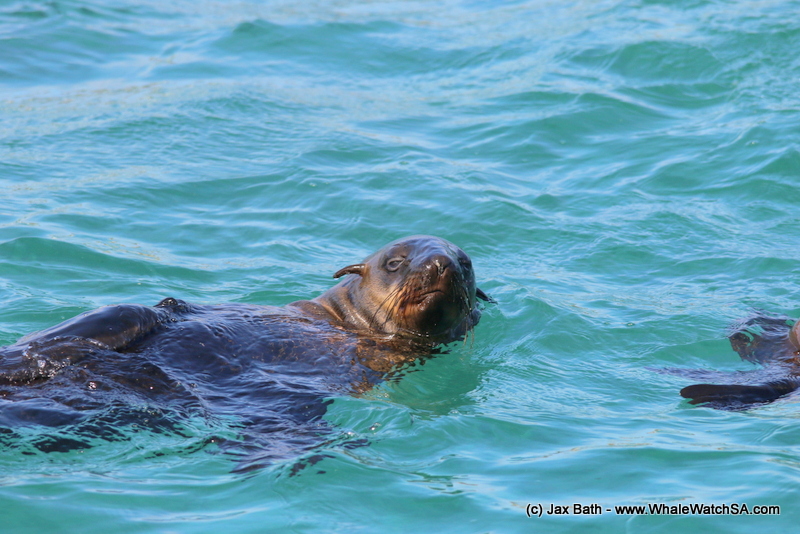 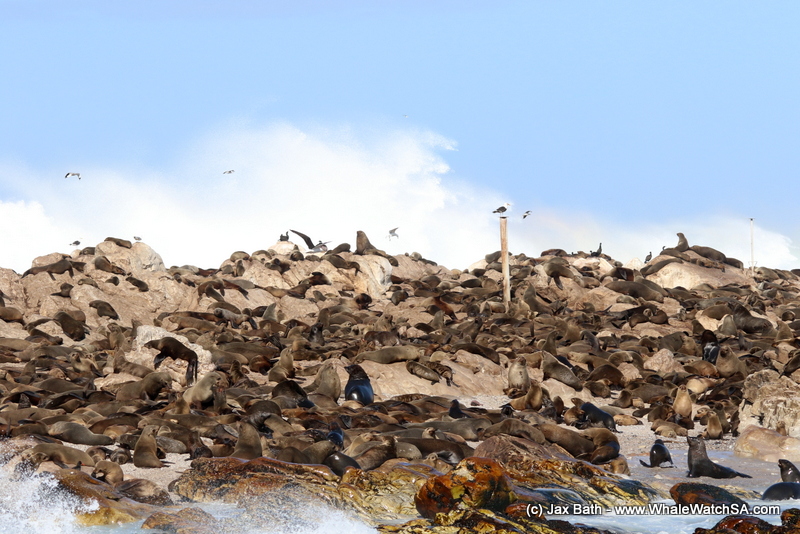 A wave breaks at the back of Geyser Rock. 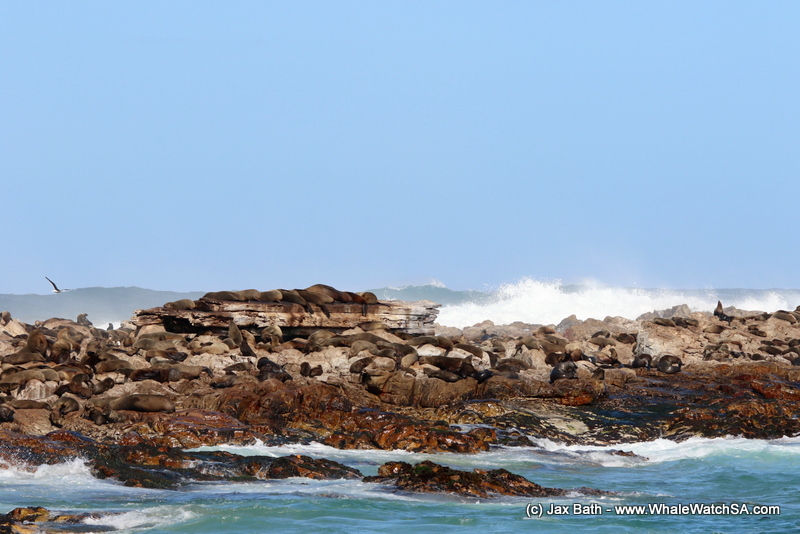 Geyser Rock is 3 hectares in size, it’s also covered in Cape Fur Seals all throughout the year.