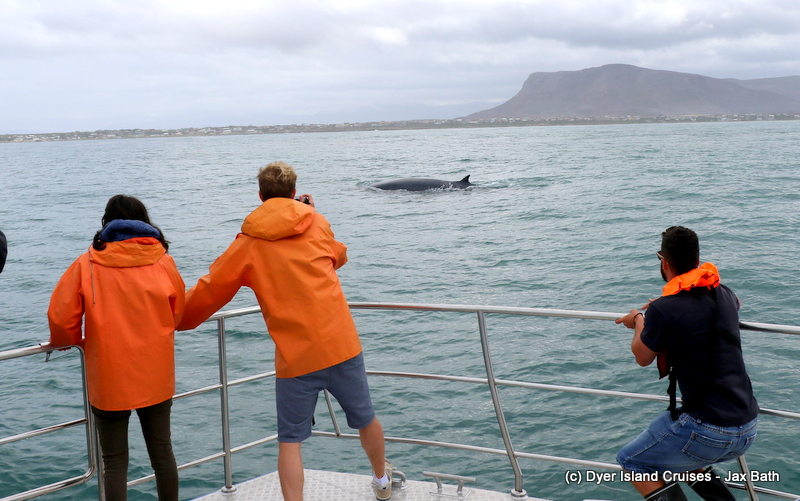 We got to see some awesome animals on our tour today, with the action starting just outside of Kleinbaai harbor.  After launching early in an effort to beat the tide, we set out of the narrow channel between the rocks which mark our harbour. The skipper had just gotten a call from another vessel, letting us know that they had spotted a blow nearby, so once we were in the clear, we took a stop and had a look around.

The presence of fish was made very clear to us by the abundance of birds in the area, with rafts of African Penguins and Cape Gannets by the dozen. Then, after being stopped for 5  minutes or so, we started to see blows. We eventually counted 3 Brydes Whales who were surfacing all over, which made for an exciting whale watching component in our tour, as these sporadic animals definitely kept us on our toes.

We then moved onwards towards the shark cage diving boats where we got to see 1 Bronze Whaler Shark and 2 Great White Sharks. The great White Sharks were taking turns surfacing at the different boats, and we had an awesome time waiting and watching, only to have one emerge from the depths to screams from whichever boat they found themselves at. We also got a nice view of our Copper Sharks, with one coming up to Slashfin whilst the other spent some time at the back of the boat

Our Cape Fur Seals were the next event, with us cruising through Shark Alley, which was looking a little quiet. It looked as though a shark had been in the area, with few seals in the water and those that were pushed up against the rocks. After spending some time here, we looped around the back of Dyer Island before making our way into port. 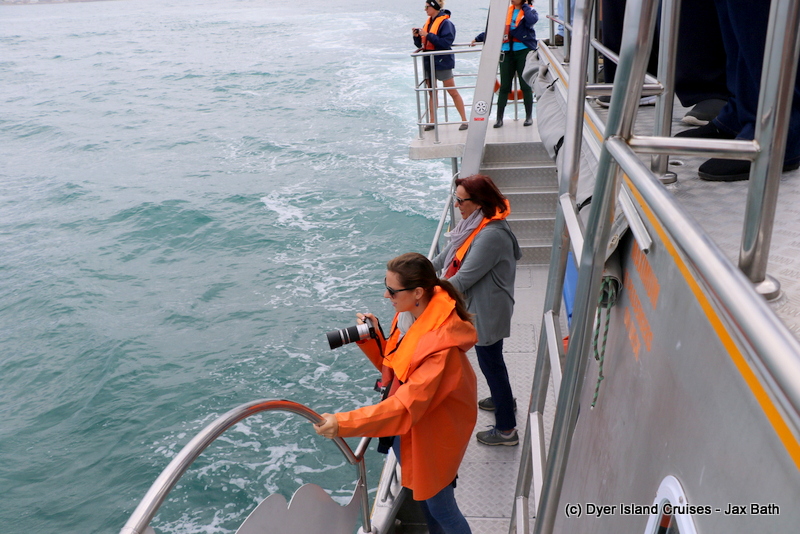 Eagerly awaiting the whales to surface. 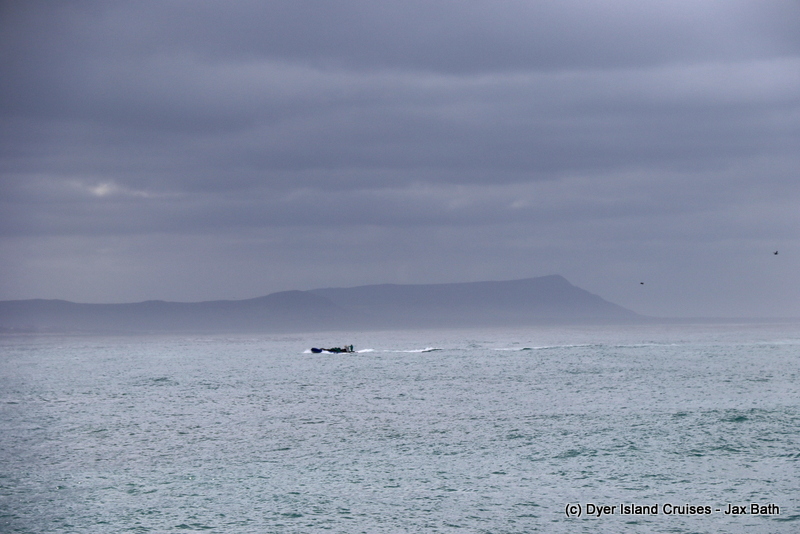 Although the skies were moody, it was a beautiful day. 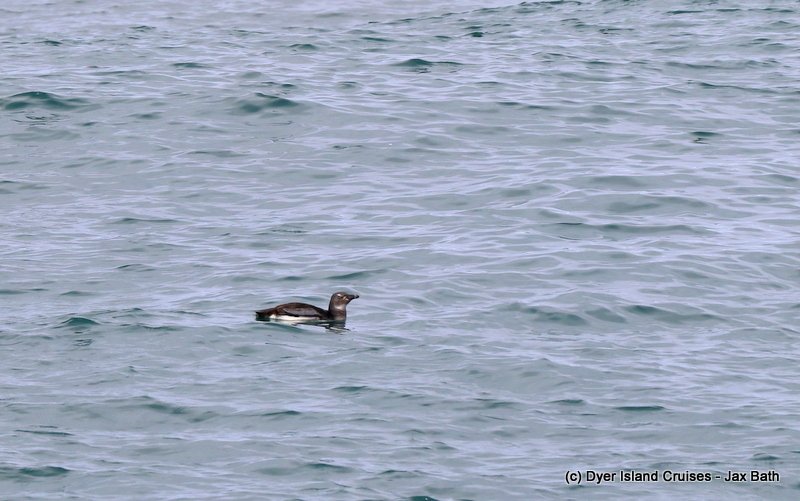 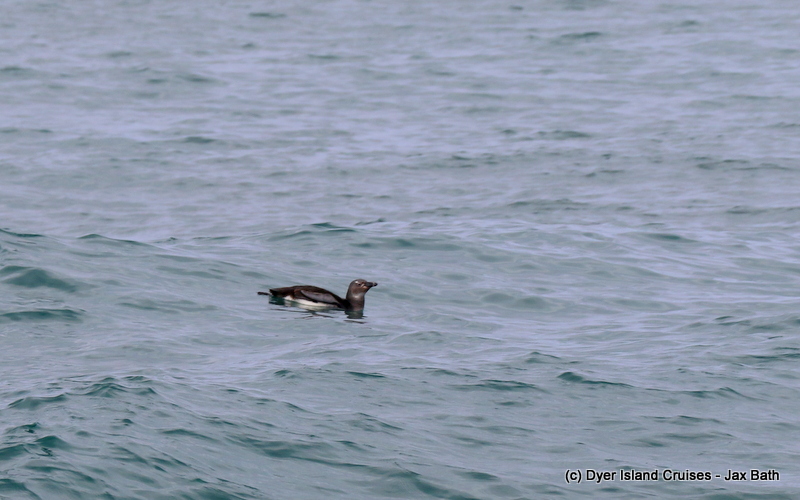 We thought this penguin might need some help, but on closer inspection found that he was doing just fine. 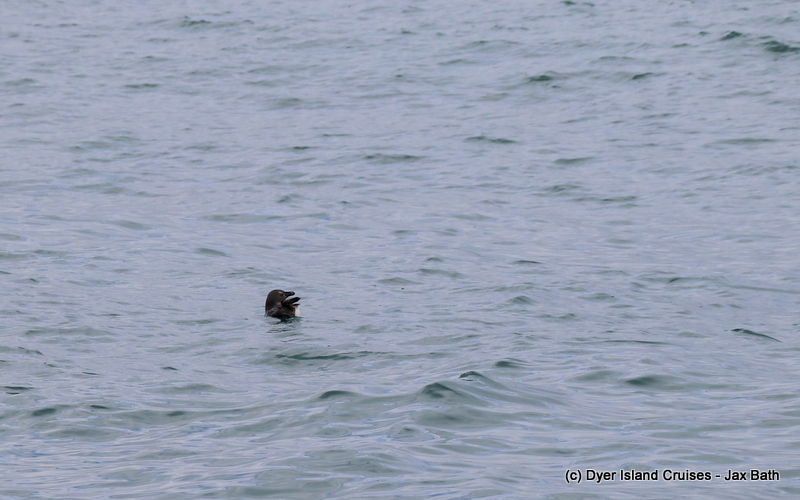 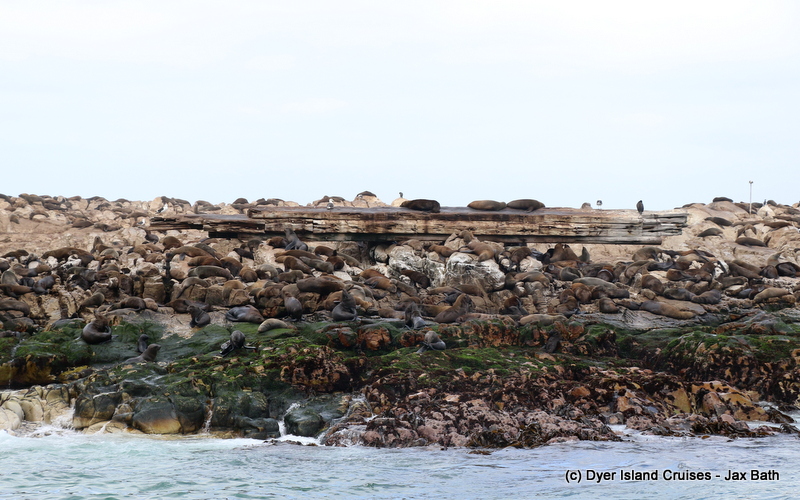 The Prince Port at low tide. 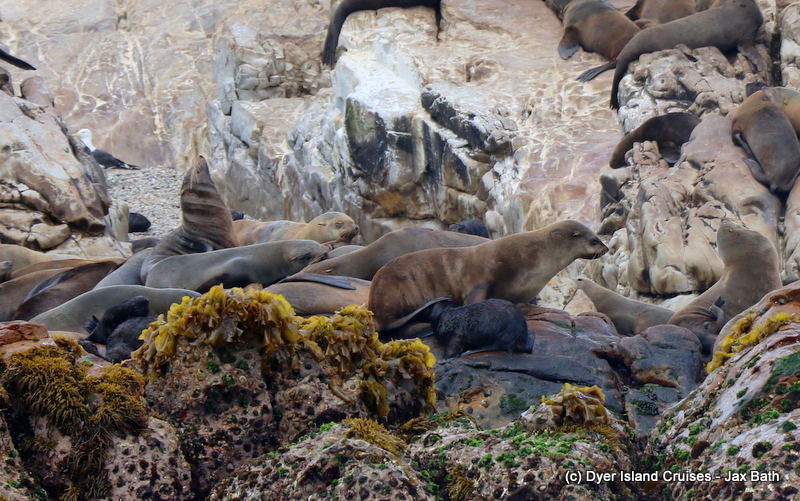 A baby seal trying to suckle. 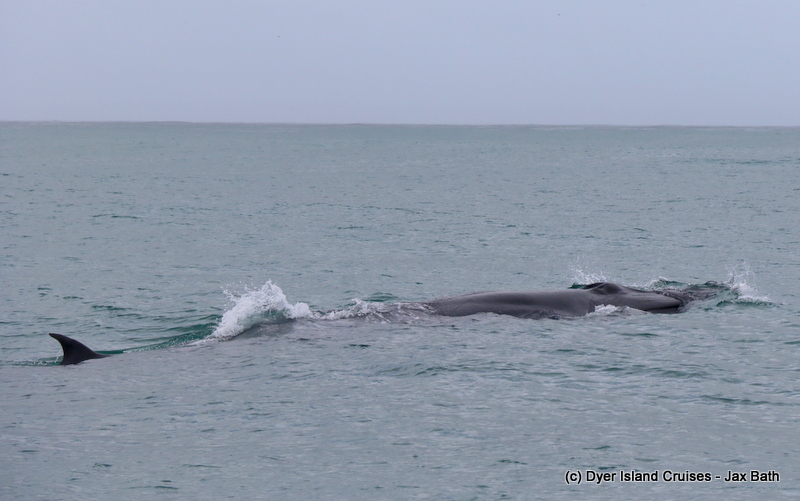 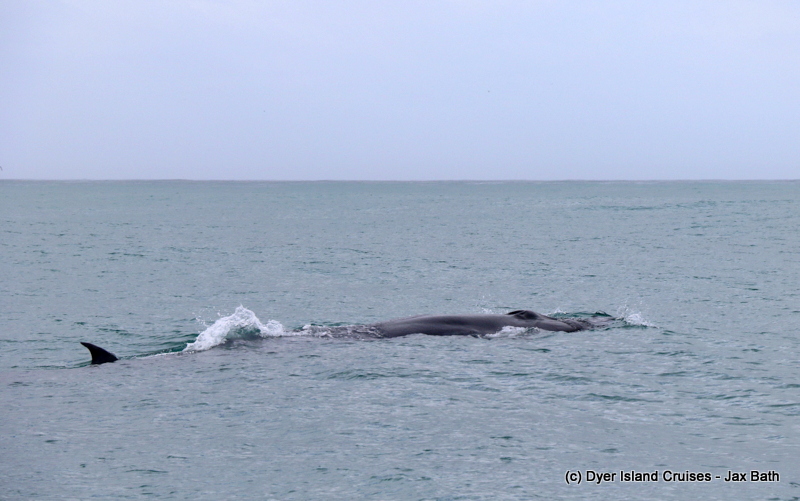 We had 3 Brydes Whales about today. 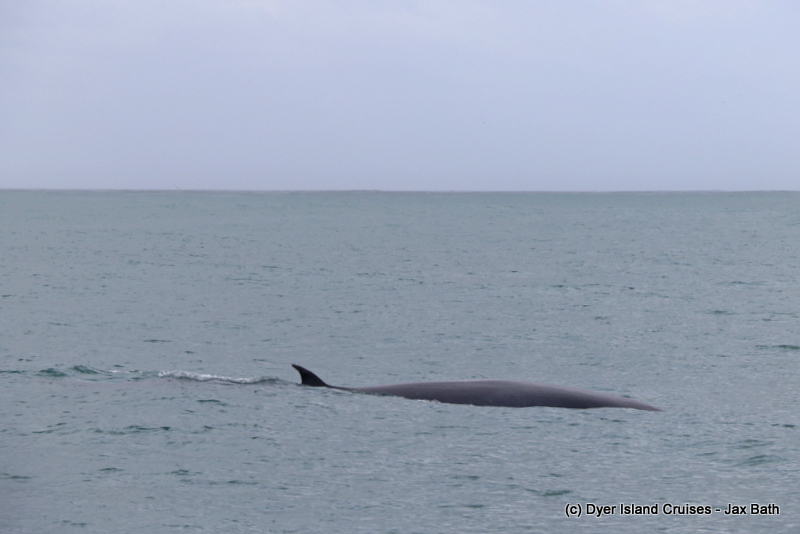 A typical view of this shy species. 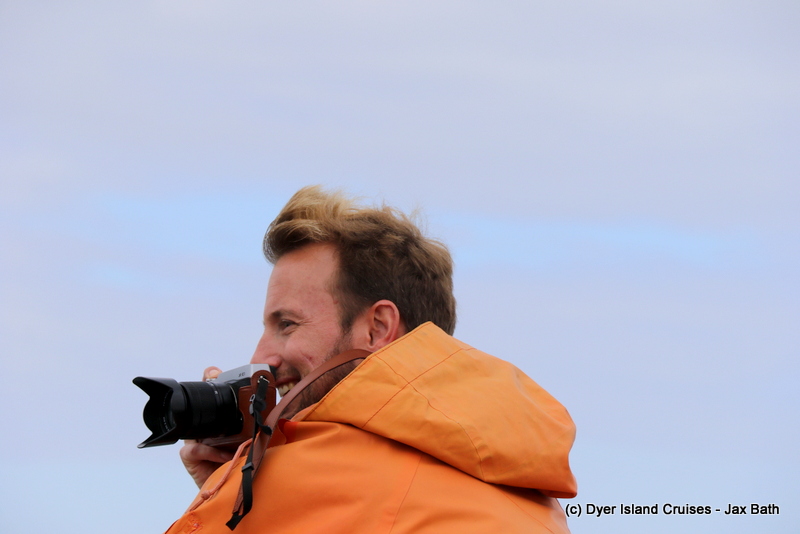 This whale came up nice and close to us. 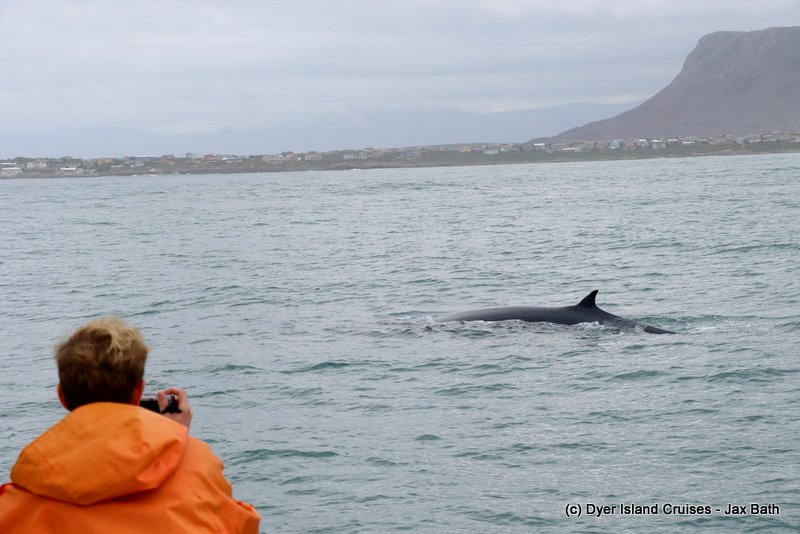 The animal didn’t seem to be in a rush. 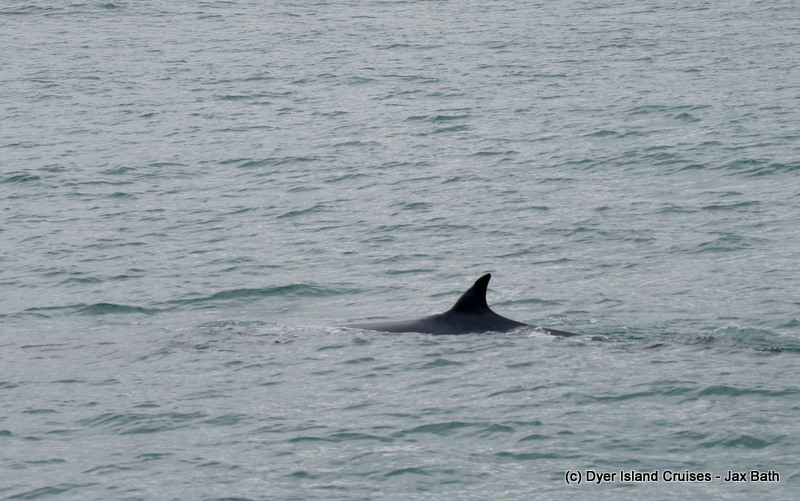