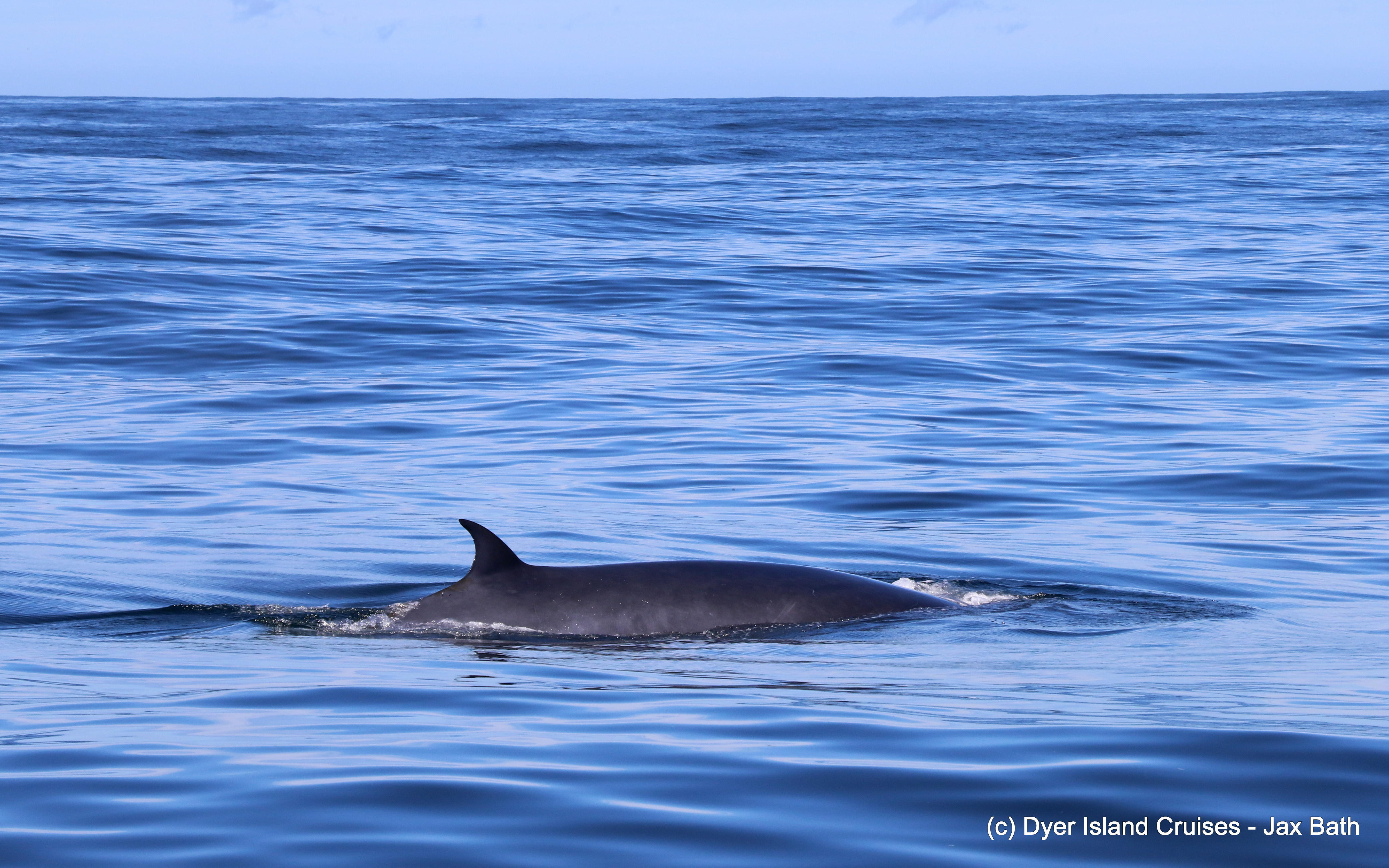 Mysterious and often solitary, Bryde's whales frequent the Dyer Island area throughout the year, with most sightings occuring during the summer months.

The brydes whale is a deep diving animal, typically enjoying a diet of pilchard, mackerel, shrimp, crabs, and in some cases even octopus, squid, and cuttlefish. Overfishing has lead to pressure on the Brydes Whale population of South Africa, causing them to be reclassified as a vulnerable species.

These deep diving animals are hard to spot and difficult to interact with, usually only surfacing 3 times before diving for upwards of 20 minutes.  Their movements are also often unpredictable, so quick reaction times are a must!

Whale Spotter Kira Matiwane gives us an insight into the brydes whale.

A: Brydes Whales may reach a size of up to 14m.

Q: “What do you look for when trying to spot the Brydes Whale?”

A: The Spout of the whale, Whale Footprints – a round patch caused by the tail- and diving birds which might indicate fish.

Meet our residential whale species, the Bryde’s whale, pronounced “broo-dess “. Their name’s origin lies in the whaling days, just like our Southern Right whales who were the “right” whales to catch. John Bryde helped construct the first South African whaling factory in the early 1900s.

We enjoy Bryde’s whale sightings throughout the year. Compared to our Southern Right or Humpback whales, they can appear to be more reserved in their behavior to us. Usually appearing individually or in pairs, we often observe them change directions quite suddenly.

Even though they reach a length up to 15 meters and can weigh up to 21 tons, we often only see a part of their back and their pointy dorsal fin when they surface. It is also spectacular to witness a lunge feeding session. Although it appears as breaching behaviour as expected from Southern Right and Humpback whales, with Bryde’s whales it is hunting behaviour when lunging, mouth open, through a  shoal of prey.

Feeding on small fish, krill, squid and other zooplankton they expand their about 50 grooves (which are folds in their skin running from their lower jaw to the belly) to swallow water during feeding. They then use their baleen plates for trapping food.  Bryde’s whales consume about 4% of their body weight each day, equaling to roughly 660 kilograms!

We often use their spout shape to identify them from a distance. Their spout forms a single columnar blow which reaches a height of 3-4 meters. Different from our Southern Right and Humpback whales, they do not display their flukes when submerging.  The reason for this is that Bryde’s whales are what we call negatively buoyant, which means that they sink instead of floating and simply need to arch their back to dive. You can find them diving as deep as 300 meters, their dives typically lasting from 5 to 15 minutes.

We hope you enjoyed learning a bit more about our Bryde’s whales.