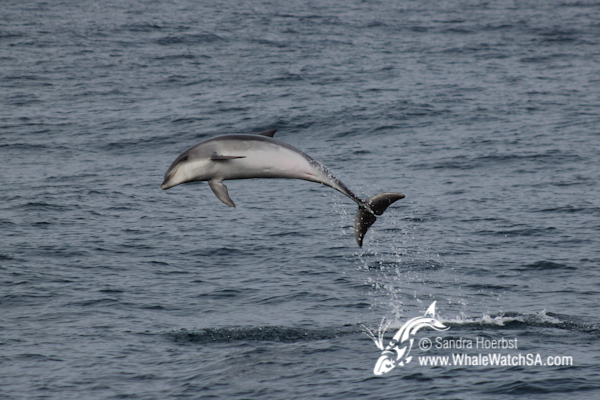 The ocean was quite like a box of treasure today, with a variety of stunning sightings on all 3 of our trips. It seemed as though every new are held for us some kind of gem, be it a whale or one of our other charismatic species.

The first trip of the day got to see some Humpback whales just off of Danger Point, with a couple of Shy Albatross joining them as they make their voyage to warmer waters. We also got to see a couple of Cape Gannets and Sooty Shearwaters who were in abundance today. After this sighting we found a large Sunfish in the water. Although they spend a lot of their time close to the surface of the ocean, scientists have recorded them as far down as 792m.

Next up, we came across a pod of Bottlenose Dolphins who were absolutely awesome. These Flipper look-a-likes gave us the show of a lifetime, leaping out of the water and bow riding with us as we moved towards Dyer Island. There is nothing quite like coming across a pod of wild dolphins and having them initiate interaction, we were all completely enthralled! We also got to see some tail slapping and a little baby swimming alongside its mom.

Not only are these animals majestic, they are also formidable predators using echolocation to detect food. These guys are so great, they can detect objects from up to 113m away. We also got to see this pod on the second trip, the only difference being that, this time around they were joined by a Brydes Whale.

The second trip also got to see a nice raft of African Penguins, some Albatrosses, our Cape Fur Seals and the very first Southern Right Whale Calf of the season. The calves are born at a size of around 5m in length, with most of the calving taking place in the month of August, we are really excited to be heading into this part of the season and hope to see many more little ones soon!

The 3rd trip of the day also got to see a Southern Right Whale, which we found in The Clyde reef system and we also had a special sighting. This half brindle individual got a little curious about the boat, approaching us and showing of his dark silhouette just below the surface before coming up to exhale right next to us.

As if they had not seen enough, the 3rd trip also managed to tick off the Sunfish and a breaching Humpback Whale from their list, which made for a great end to the trip and the day in general.