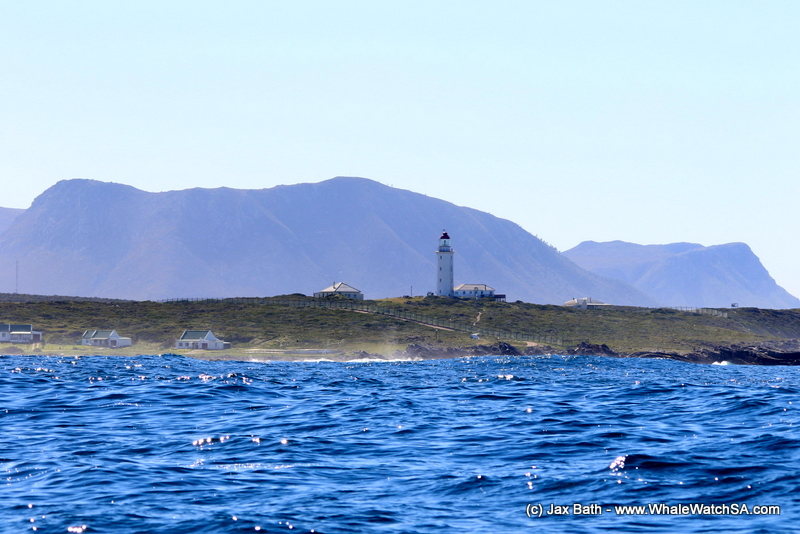 We embarked on two tours today and the weather was absolutely gorgeous. We got to see lots of whales on both of our tours, with many hanging around the shallows of Pearly Beach. The first tour of the day launched outside of Gansbaai Harbour, and saw us travelling around Danger Point. We spotted a couple of Humpback Whales in the first half of the tour, and we got to see their tails as they took a deeper dive.

We spotted some African Penguins next and spent some time watching as the little torpedo’s in tuxedos bobbed around before heading on towards our island systems. Whilst travelling in the deeper sea, we also got to spot a couple of Shy Albatross.

We had lots of Cape Fur Seals in the water today due to the fact that it was a little warmer, we watched them play and carry on for a bit, cruising up and down the alley before taking a stop at Sponge Bay to see even more African Penguins. After this, we head on over towards the whale rich waters of Pearly Beach where we had at least 6 groups of whales around. We got to do some travelling with some whales, moving slowly parallel to them as we took in the sight of these 60 ton mammals.

We started off the second tour of the day at Pearly beach where we had a really playful pair of whales towards the middle of the bay. The cheeky little baby was laying on its side, rolling over mom and giving some flipper slaps. This baby appeared to be having the time of its life, rolling and flipper slapping and gasping for air as it surfaced, only to submerge again. Baby carried on for ages, where mom seemed to be unphased by babies tricks, laying at the surface and letting baby get away with it all. We also spent a little more time with a few other pairs of whales, before moving on over towards Geyser Rock. On the way, we had a few African Penguins pop up so we got some nice pictures of them before finishing off our tour with 60 000 Cape Fur Seals. 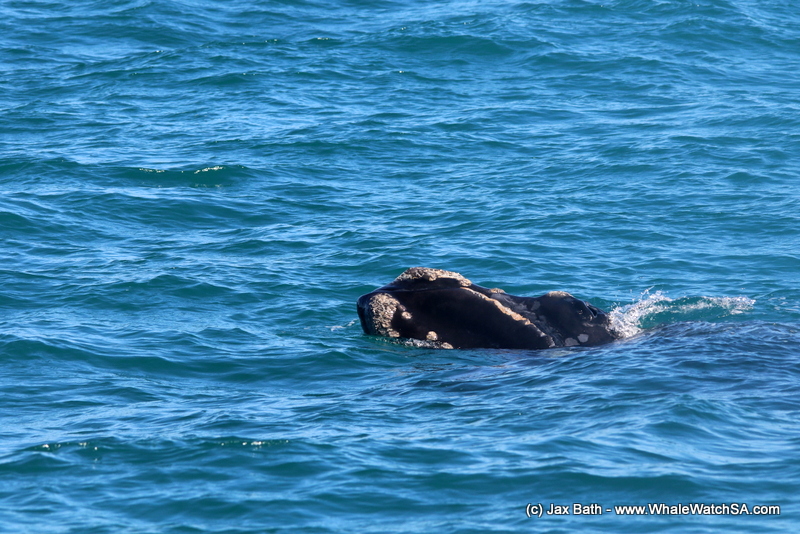 Baby sticking its head out the water. 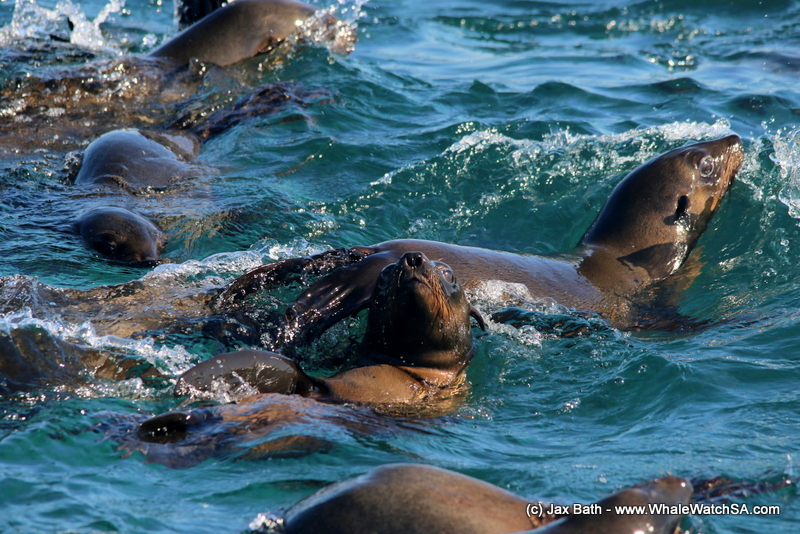 We had hundreds of Cape Fur Seals hanging out in the water today. 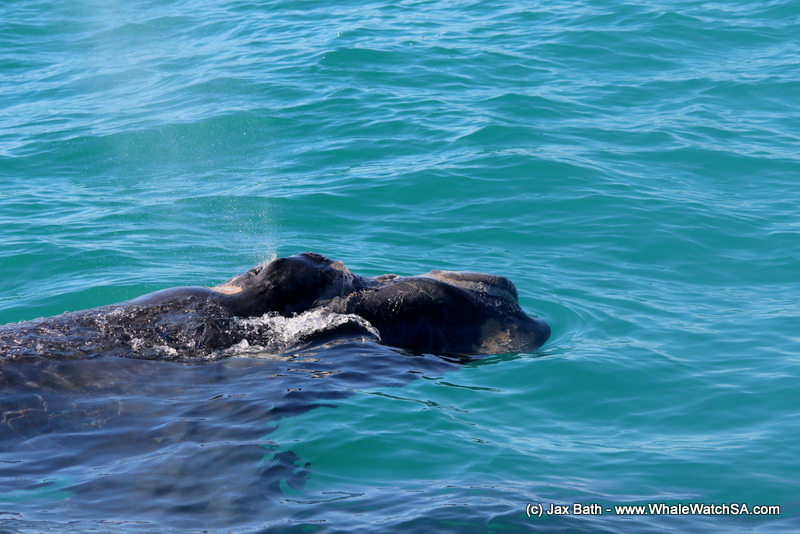 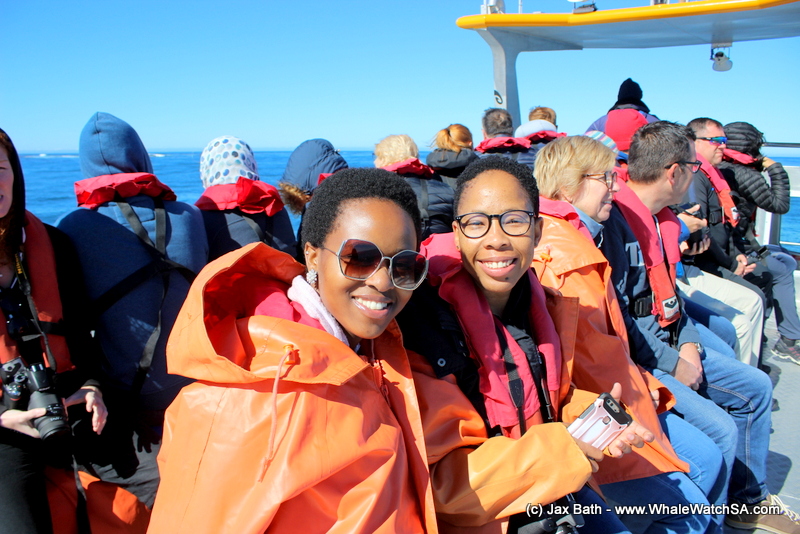 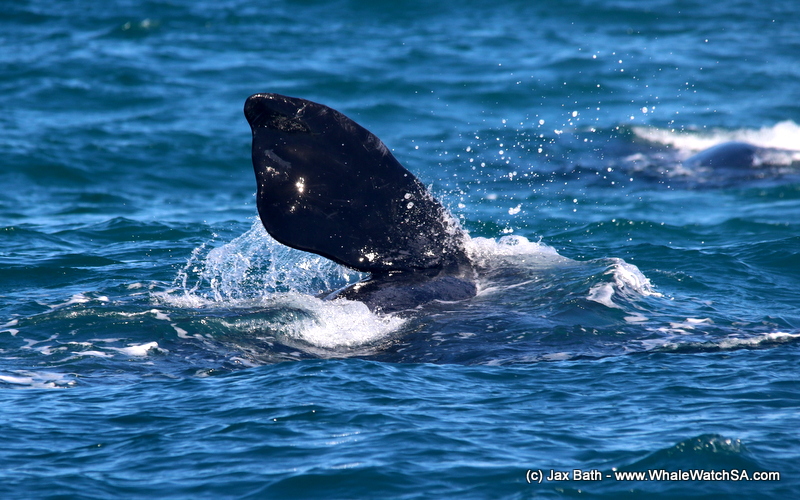 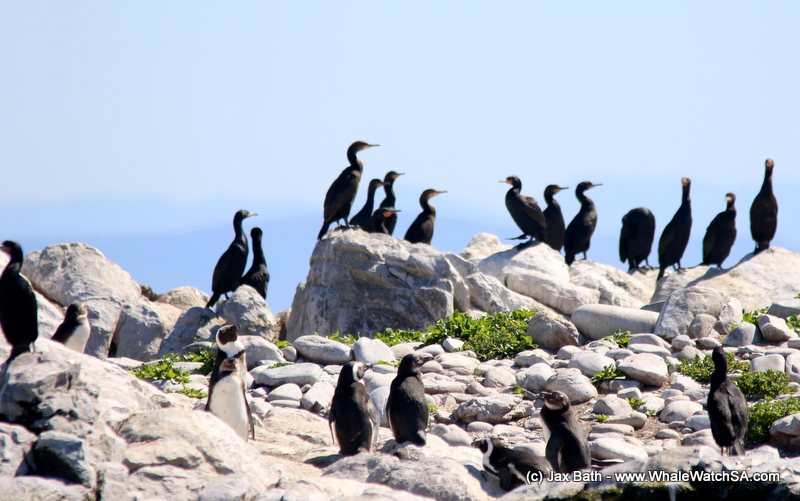 The Penguins are well camouflaged on the island. 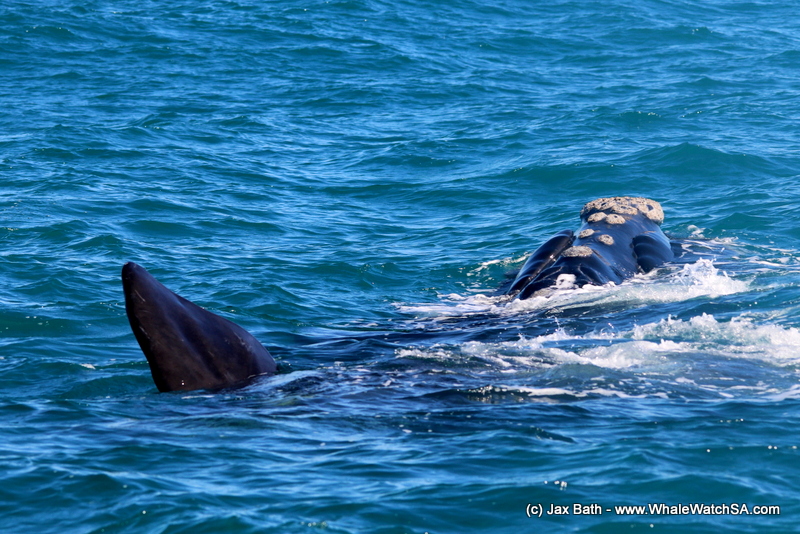 Another baby rolling over its mom’s back. 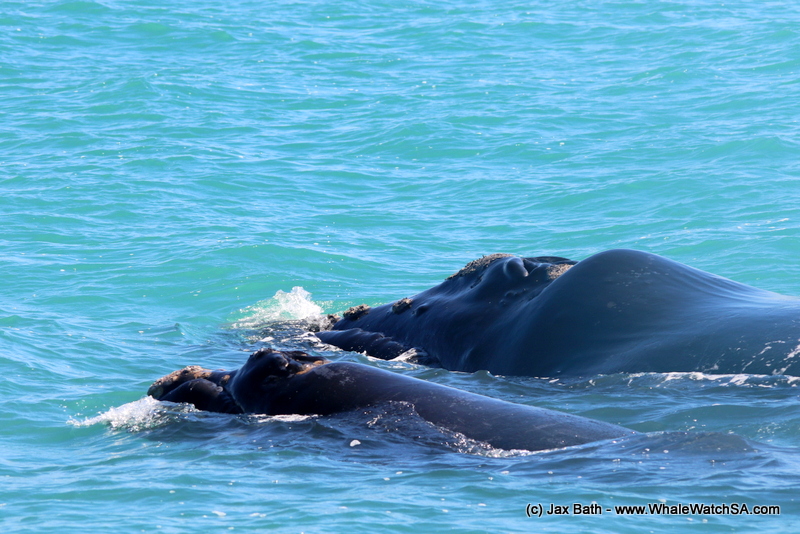 Cow and calf moving side by side. 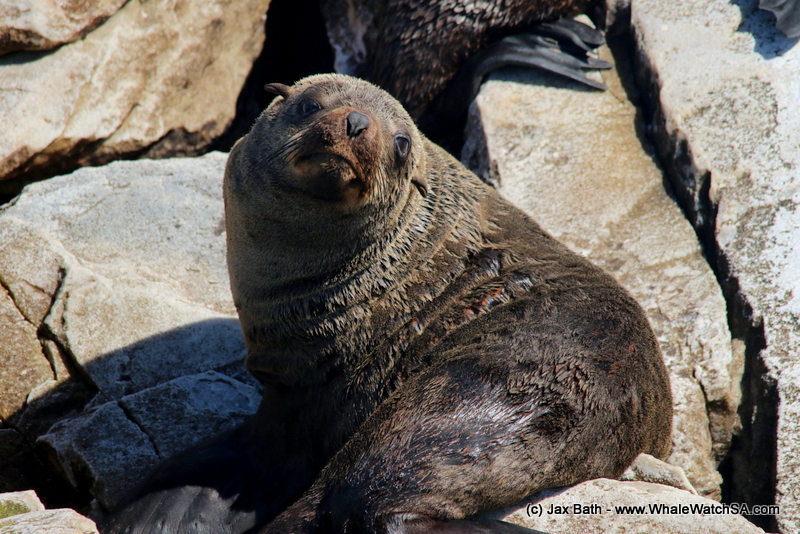 A seal giving us the beady eye. 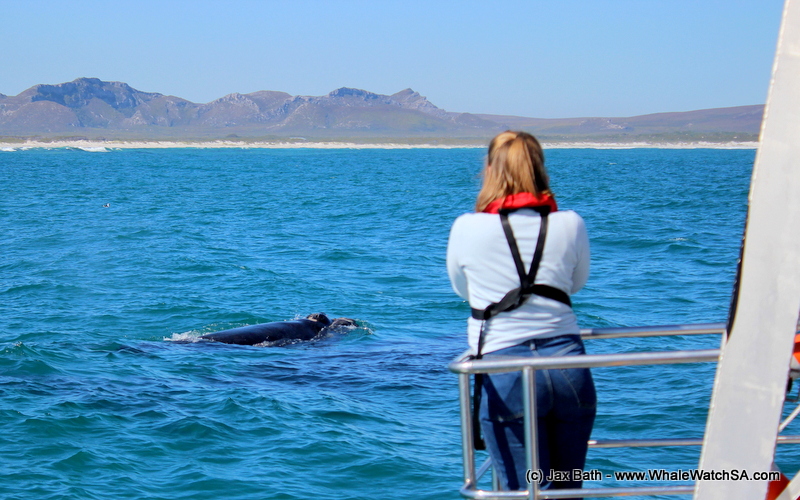 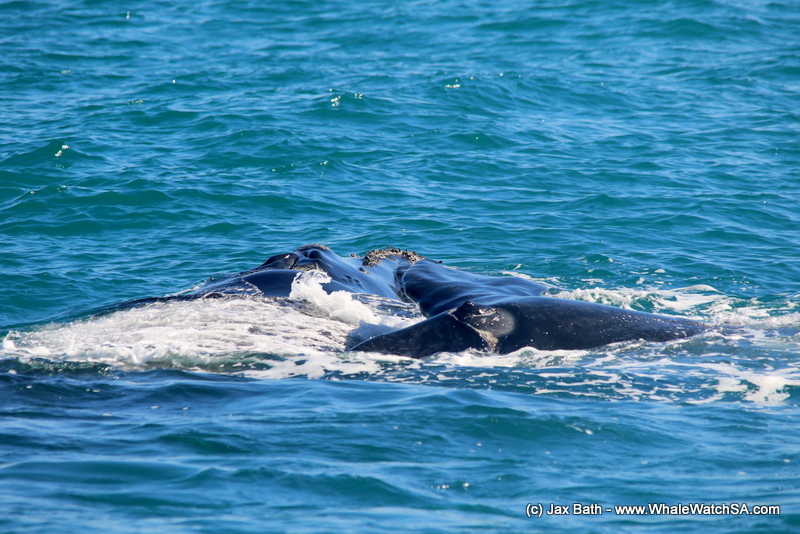 This calf was rolling onto mom again and again. Above the flipper you can see the eye. 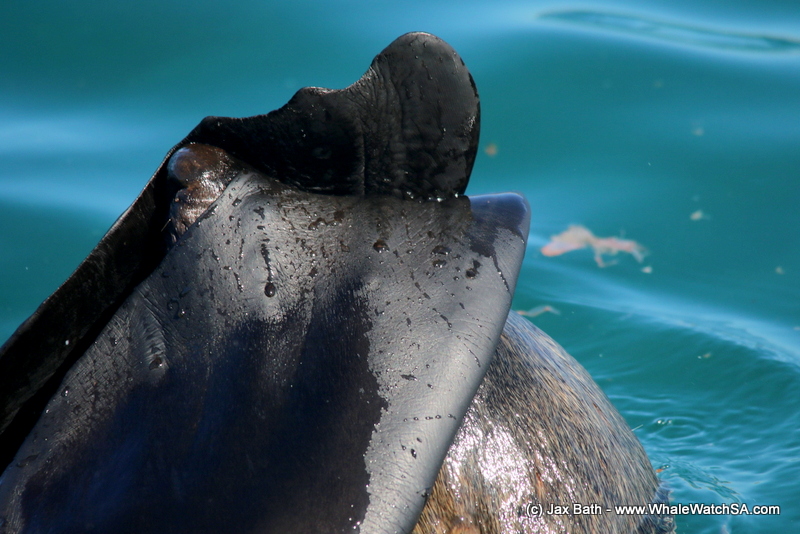 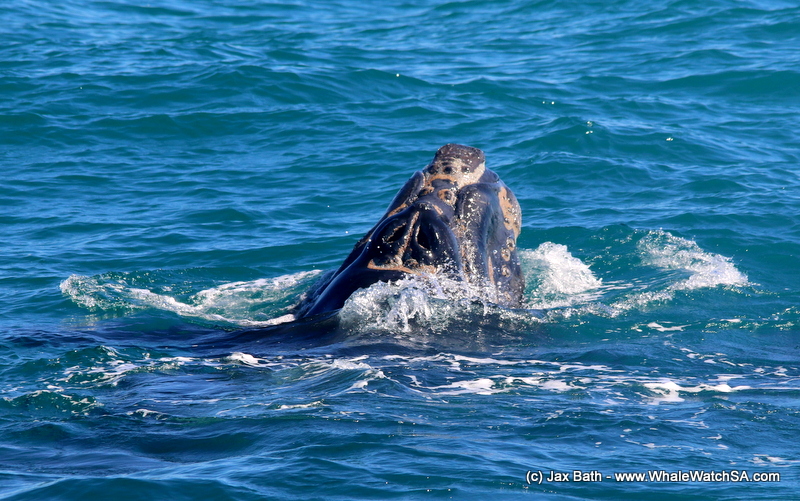 One can clearly see the two blowholes on this little calf. Two blow holes is one of the characteristics of baleen whales. 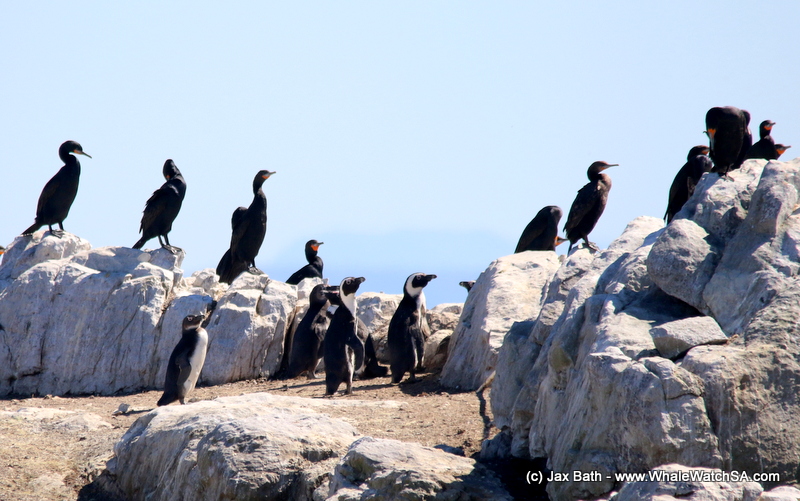 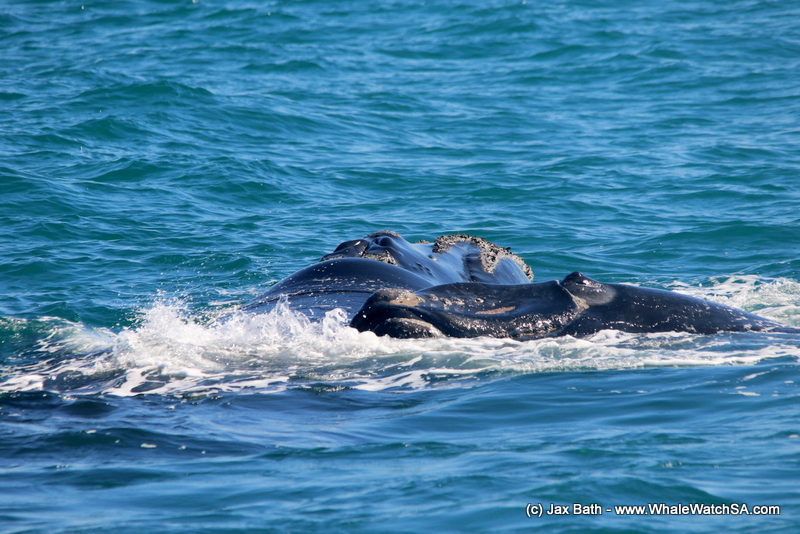 Resting its head on mom 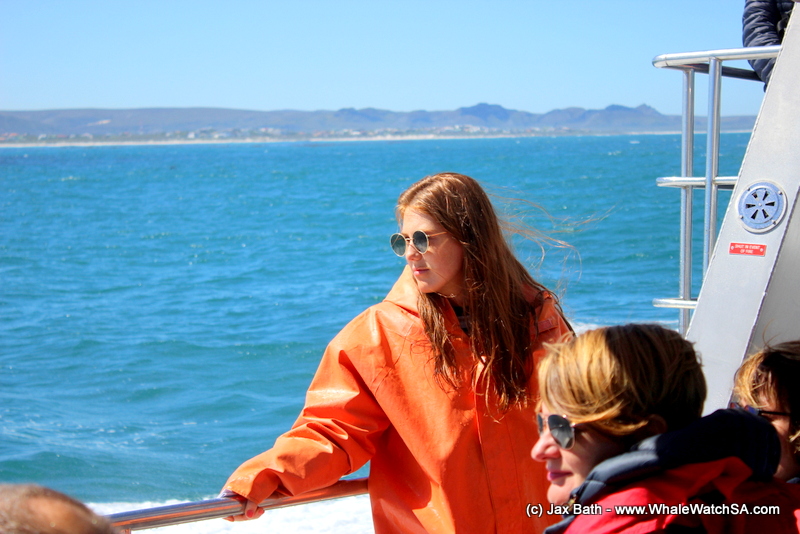 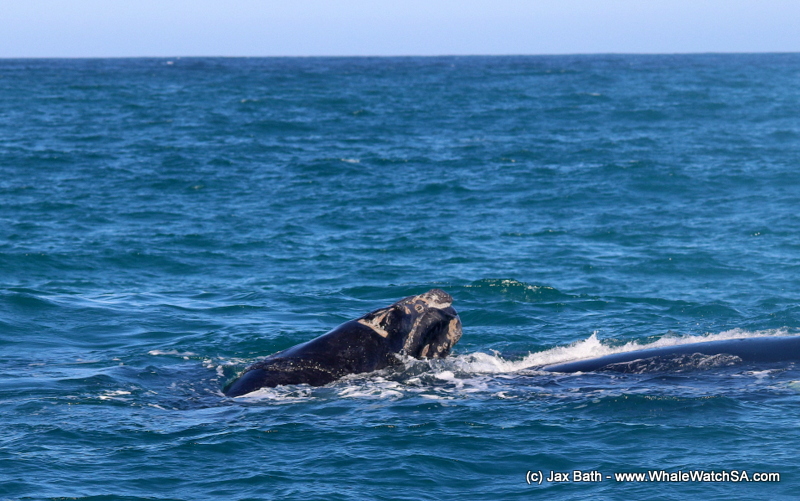 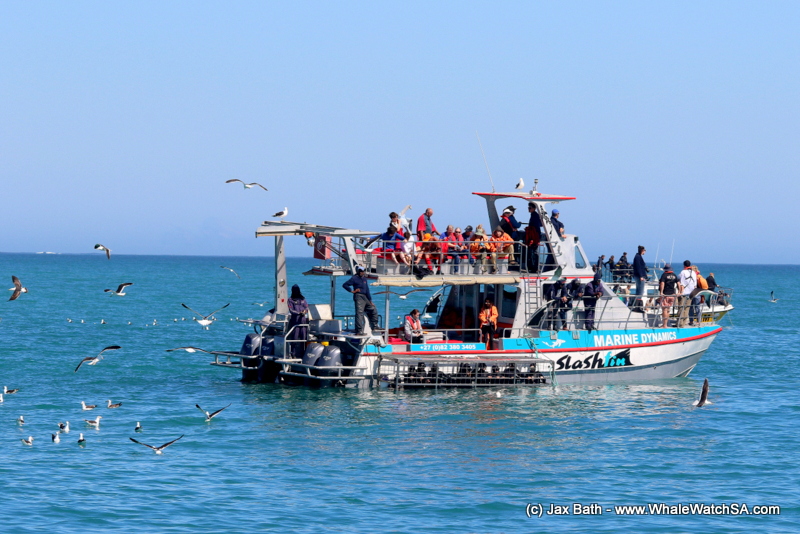 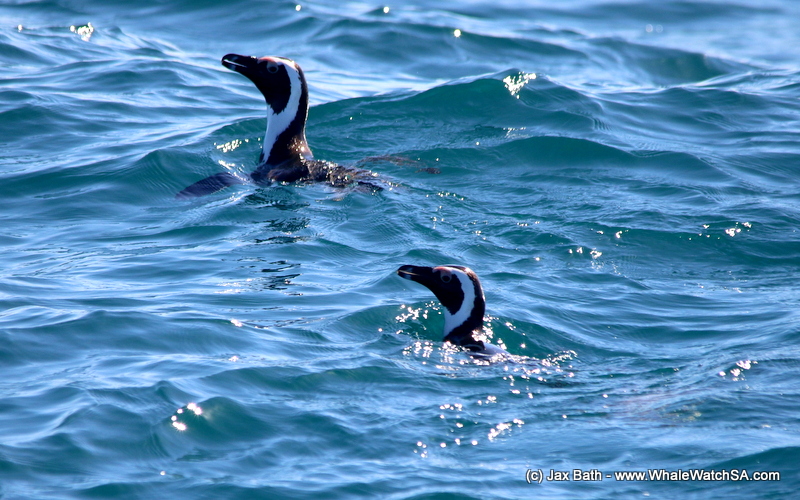 African Penguins in the water. 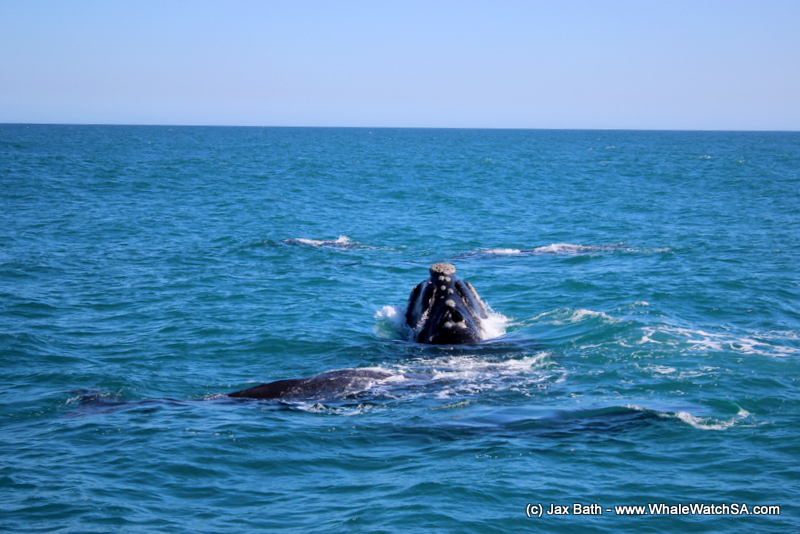