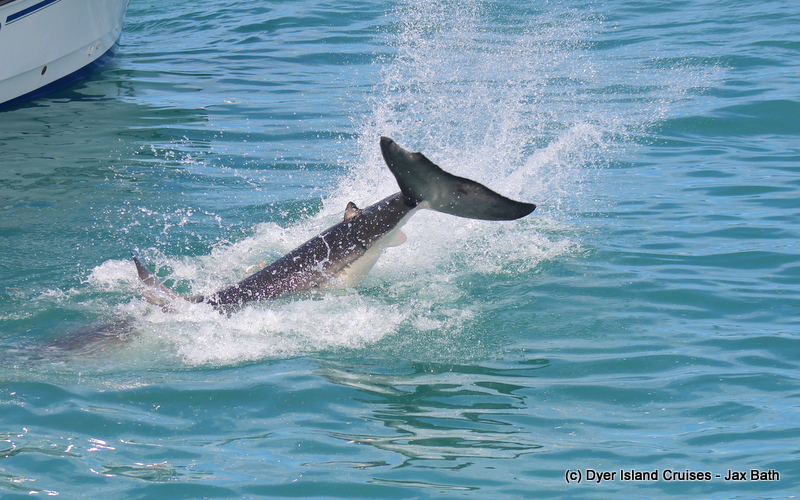 We had a great day out at sea! although the wind was scheduled to pick up, we had a stunning, flat ocean waiting to greet us as we walked down to the harbour, ready to see what the tour had in store for us. We started off by hugging the coast, spotting some Cape Cormorants flying just above the waves on their way to do some fishing. After checking out their flight pattern and talking about how this allows these incredible birds to save energy, we found an Indian Ocean Humpback Dolphin.

This dolphin was hanging out just in front of the Uilenkraalsmond estuary with a seal, so we spent the next few minutes travelling with the dolphin, watching and waiting for it to surface. Once we had gotten some nice views of this dolphin, we carried on along the shore only to spot two more dolphins out and about in the bay. These were also Humpback Dolphins, and we watched as they surfed along in the swell before catching word of a Great White Shark in The Shallows.

Eager to catch up with this legendary predator, we approached one of the cage diving vessels and were elated to find the 4m,Scarlett, who is one of our most iconic Great White Sharks. Scarlett I a real beaut and certainly lives up to her reputation as an ambush predator, giving us some awesome sights as she erupted from the water in front of the cage. She stayed around for a bit before moving off, after which we got to see a Copper Shark surface briefly.

Next up, we travelled along our reef systems and then on towards Dyer Island to spot some Penguins. We got to see a few African Penguins on their home ground, before stopping by our Cape Fur Seal colony at Geyser Rock. Here, we got to see some super brave pups start to venture away from the safety of shore, gradually moving into deeper water. The last leg of our tour saw us heading behind the island, where we got to spot 2 Cape Gannets before heading home. 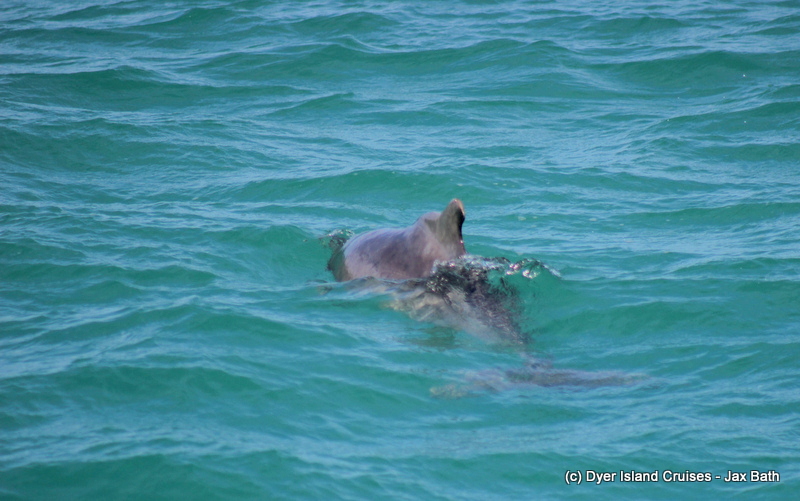 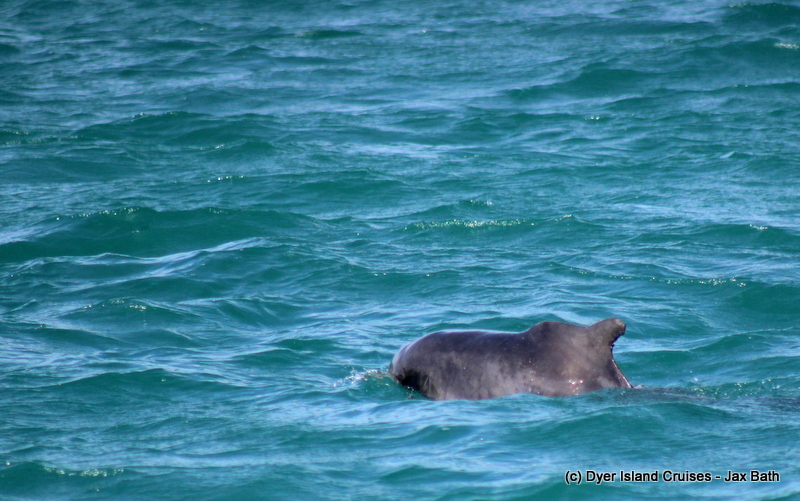 All in all, we caught up with 3 dolphins today. 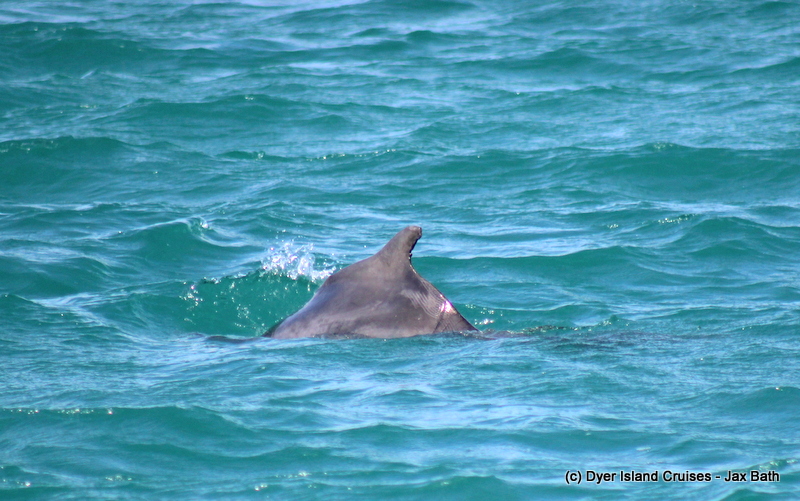 A Nice look a the the hump below the dorsal fin, the animals’s namesake.

The tail of a Great White Shark, which is used for propulsion. 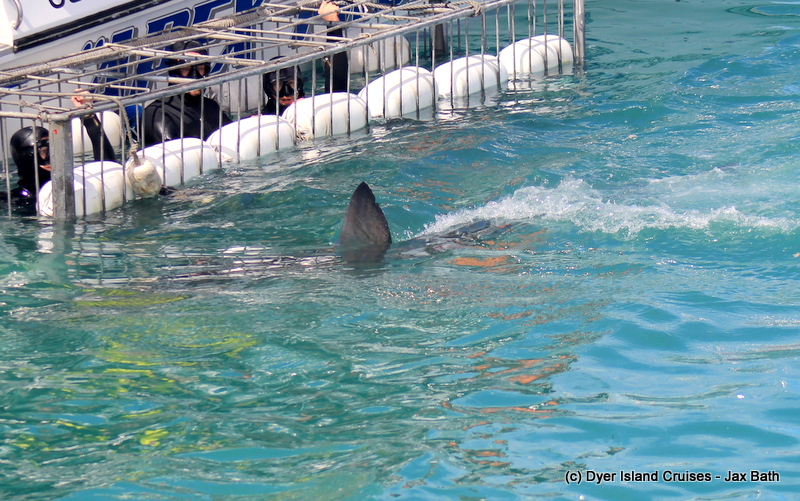 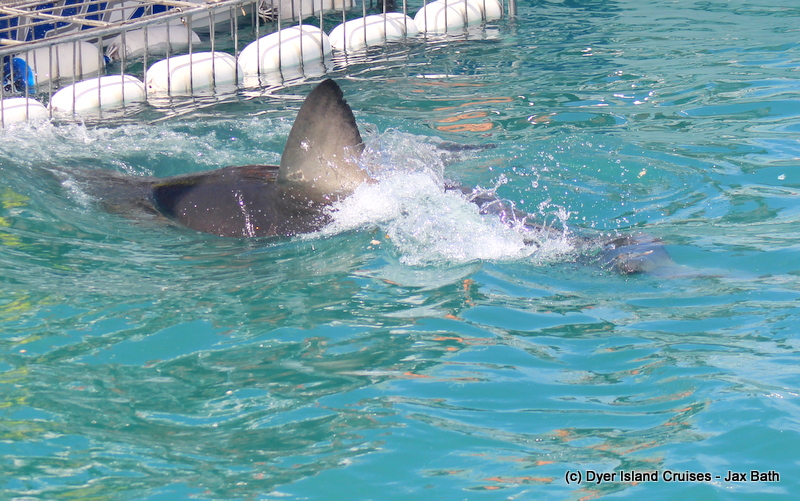 Check out that iconic dorsal fin. 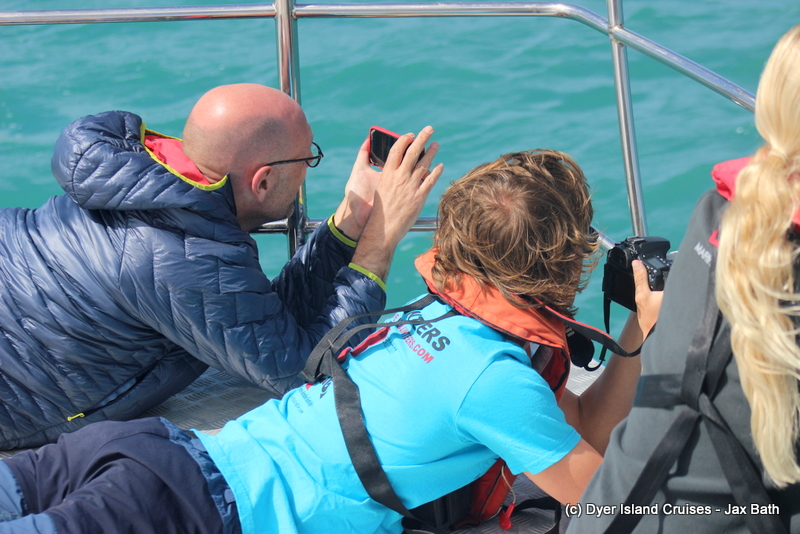 Trying to get the perfect shot of the Great White Shark. 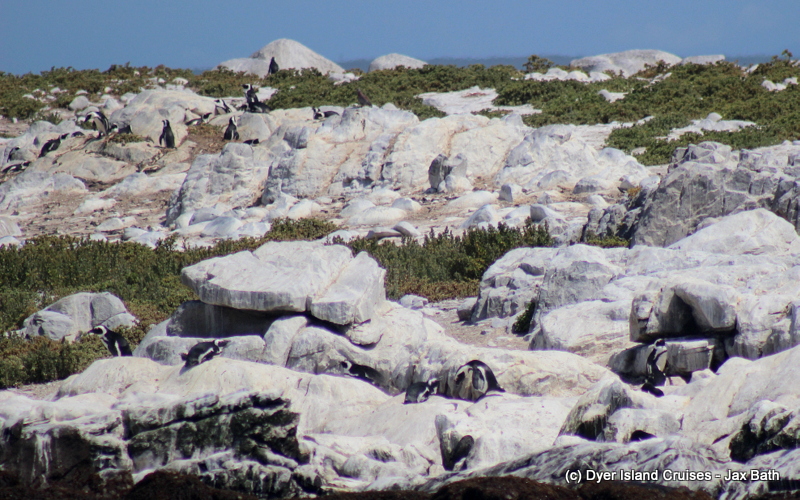 Checking out for some flightless birds on Dyer Island. 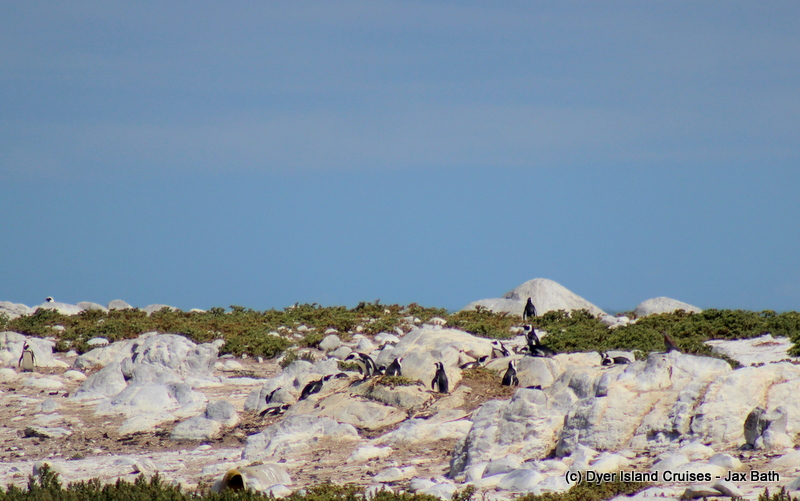 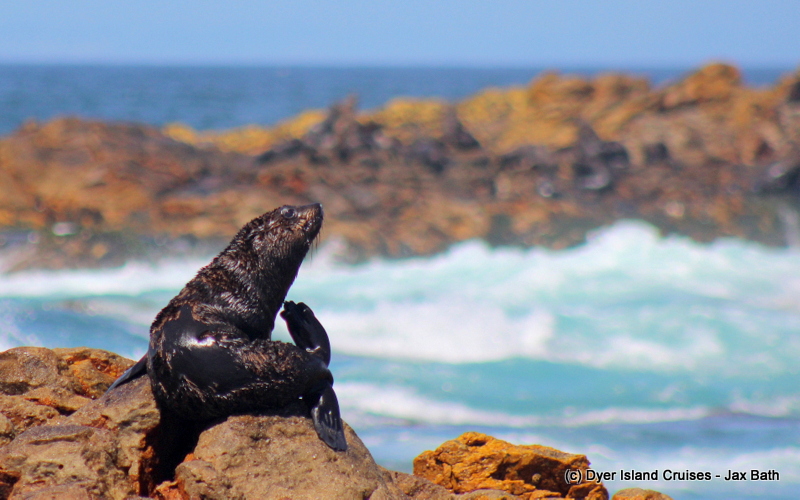 A Cape Fur Seal giving himself a scratch. 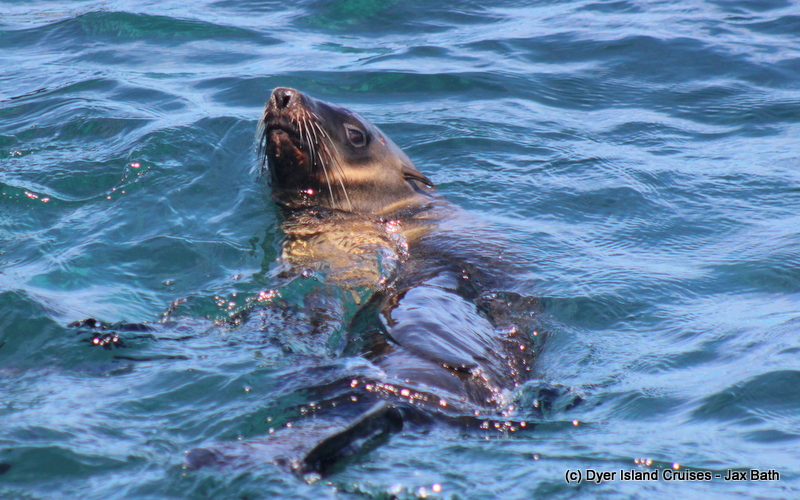 A cheeky little one giving us a look. 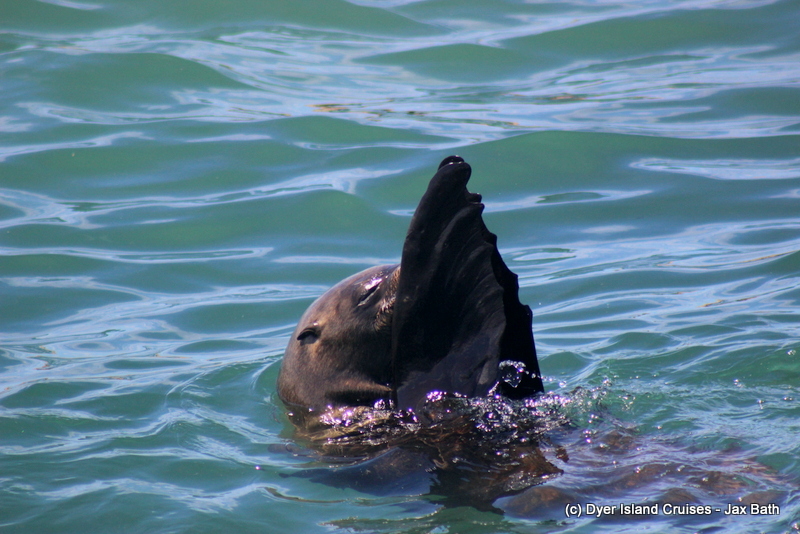