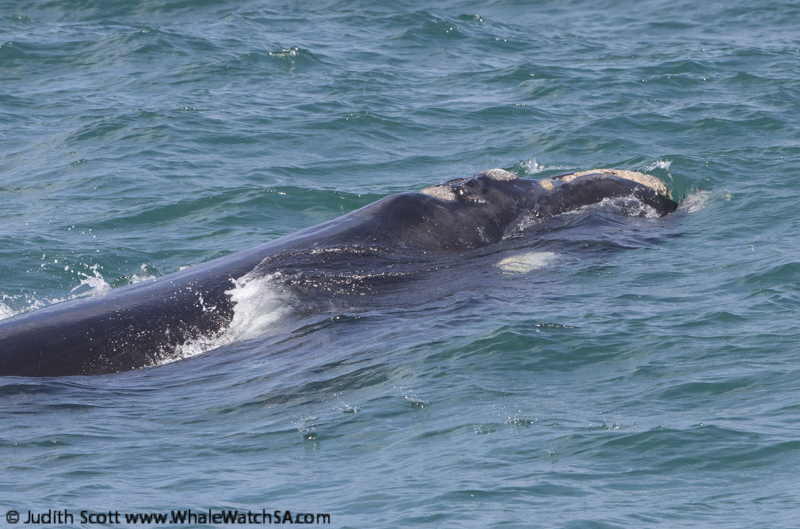 We had some wind from the south today making a bit of swell out there, but we have generally been incredibly lucky with the weather here for the last few weeks.

We had a great day out on the water with two out of three tours getting to see the Marine Big five! All three tours spent time with more than one group of whales as we still have a few Mum and calf pairs locally in our bay. We got to see some playful moments today with the whales sometimes rolling around together, bonding and playing, not just doing their slow travel up and down the bays as they often are at this time of the season. On the third trip of the day we once again saw our lone calf that we have been following for over a week here. This whale lost its mother over a week ago and although it was with yet another different female and her calf today, the lone calf still doesn’t appear to be getting thinner and weaker. Is this calf being fed by other mothers? We would love to know! It was travelling west with the other mother and calf when we saw it, so maybe this might be the last time we see the lone calf. We do wish it well.

On the second and third trips of the day we got to see a group of Indian Ocean humpback dolphins in the bay also. These very rare dolphins were hard to watch today as they were in very shallow water but we got a few looks at them. There are only an estimated 500 individuals over the whole South African coast.

We had 100% success with sharks today seeing bronze whaler sharks next to the shark cage diving boats on all three tours.

With African penguins seen either on the water or on the island on all three tours and the cape fur seals ever present, bleating, sun-bathing and messing around in the water at geyser rock on every tour, it was a very successful day out there! 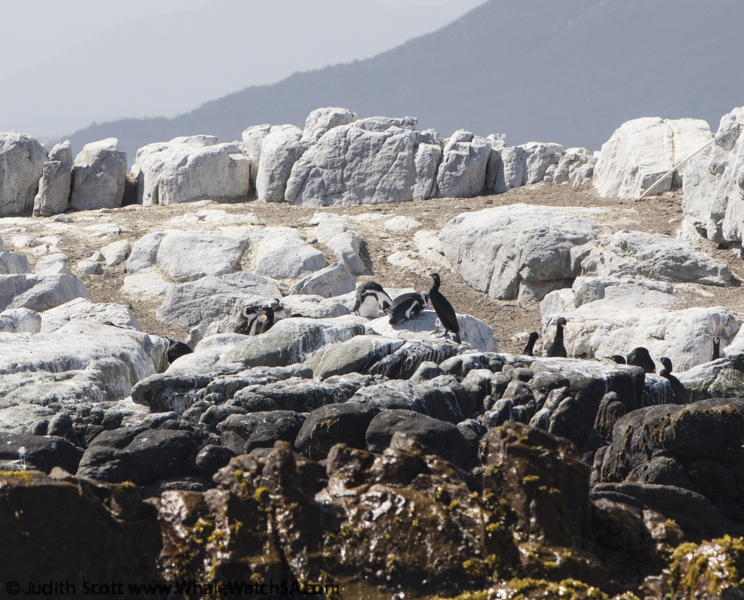 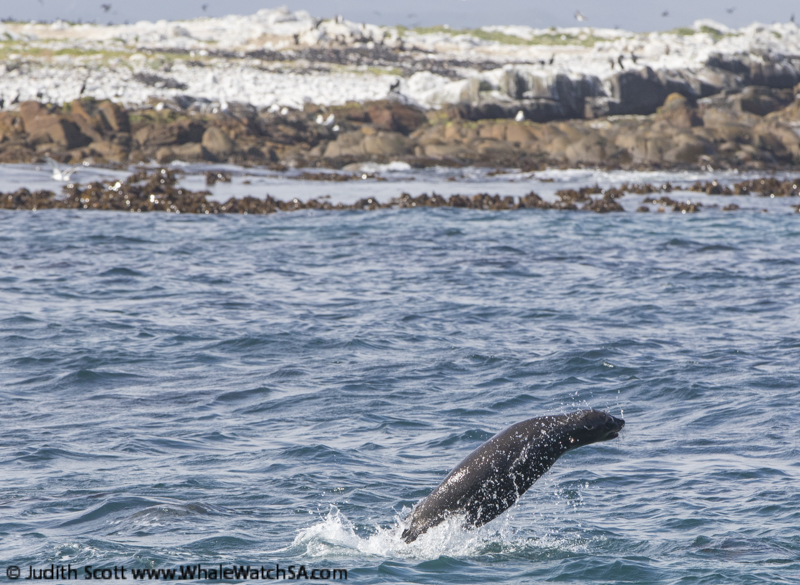 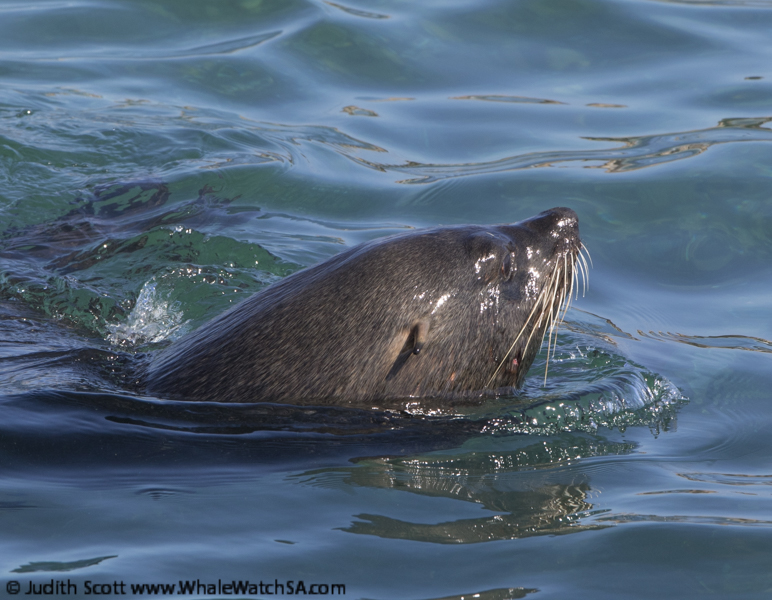 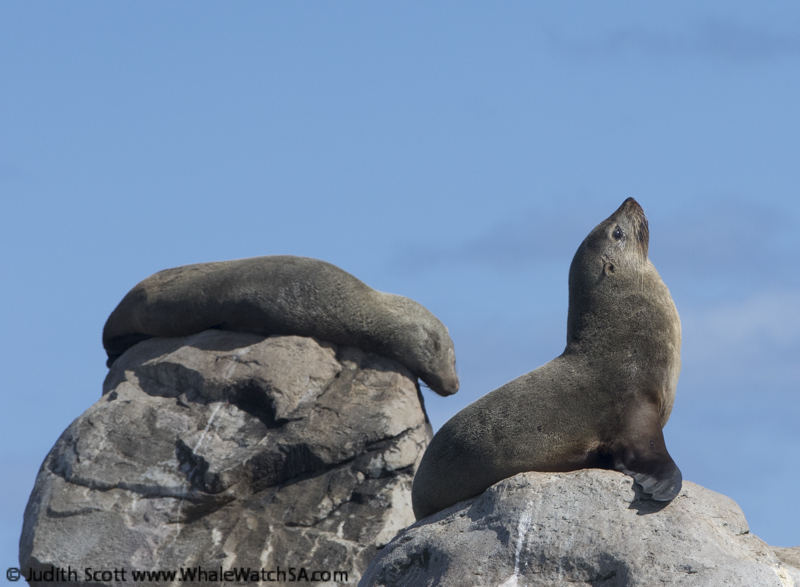 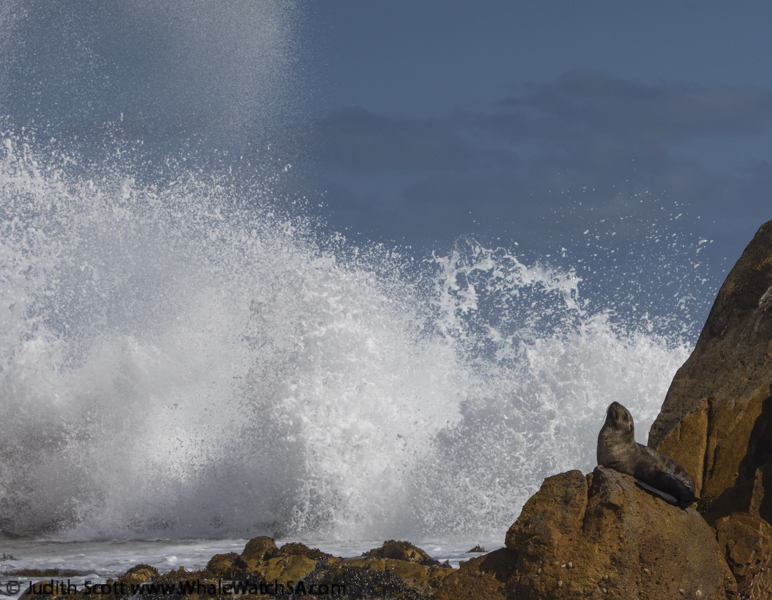 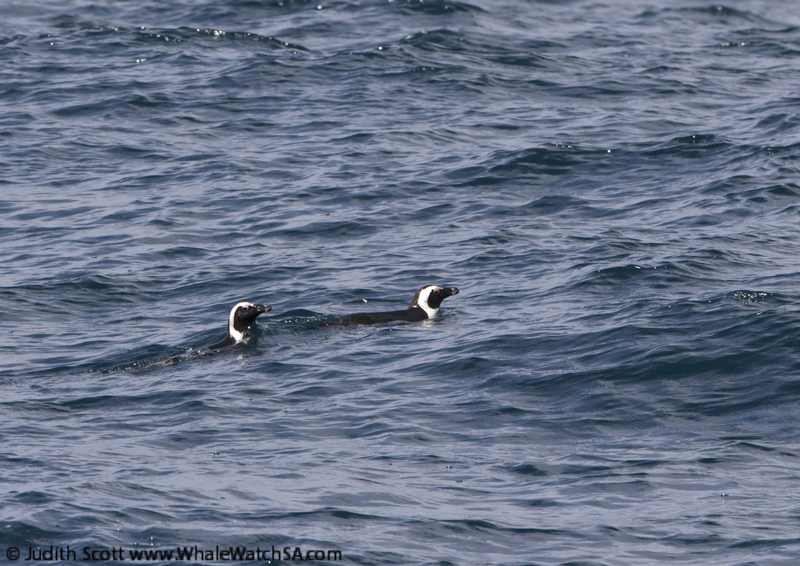 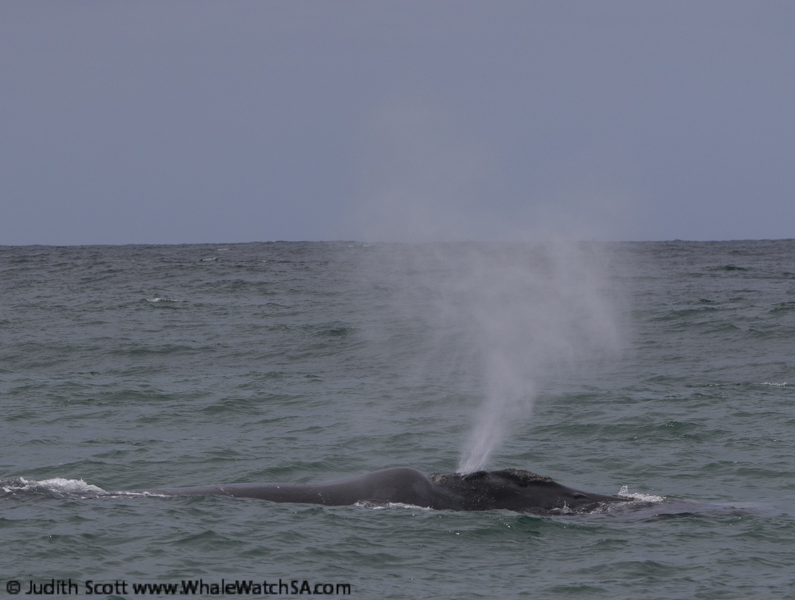 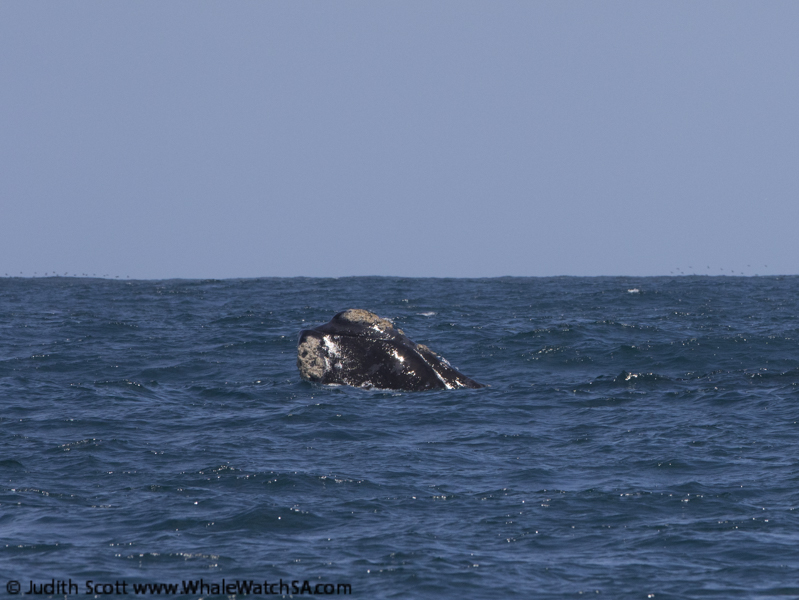 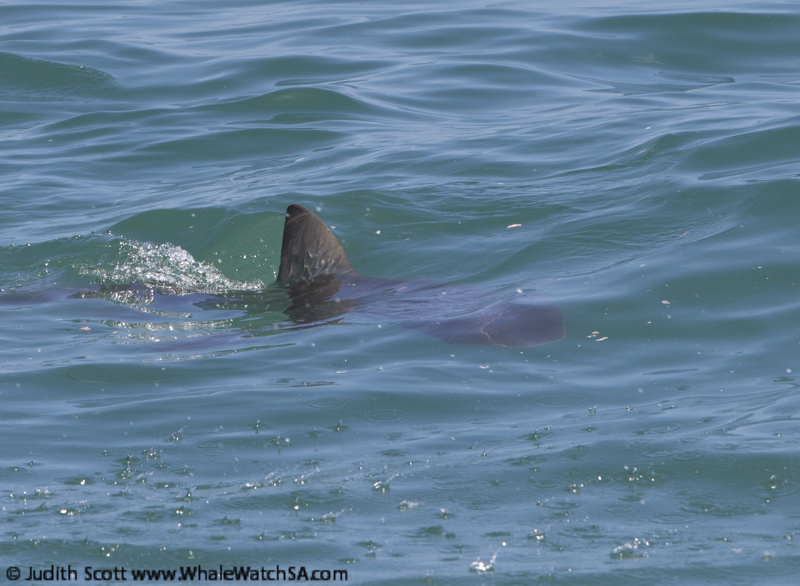 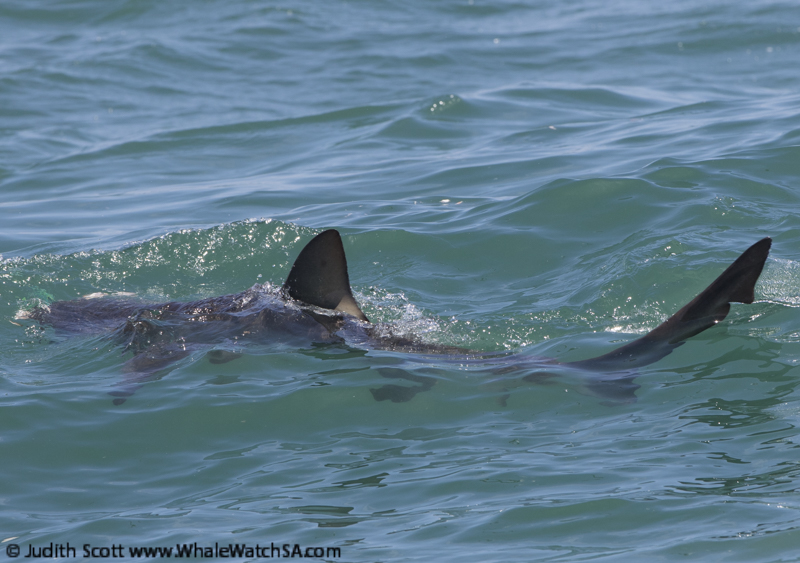 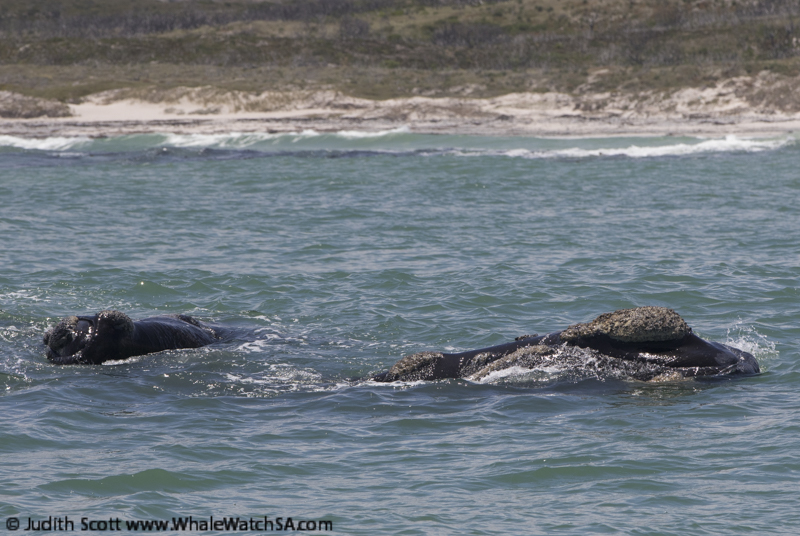 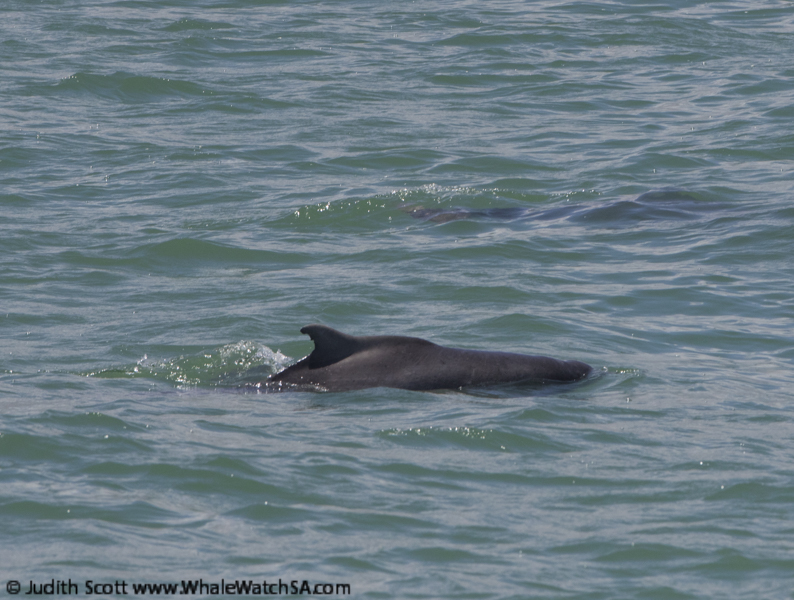 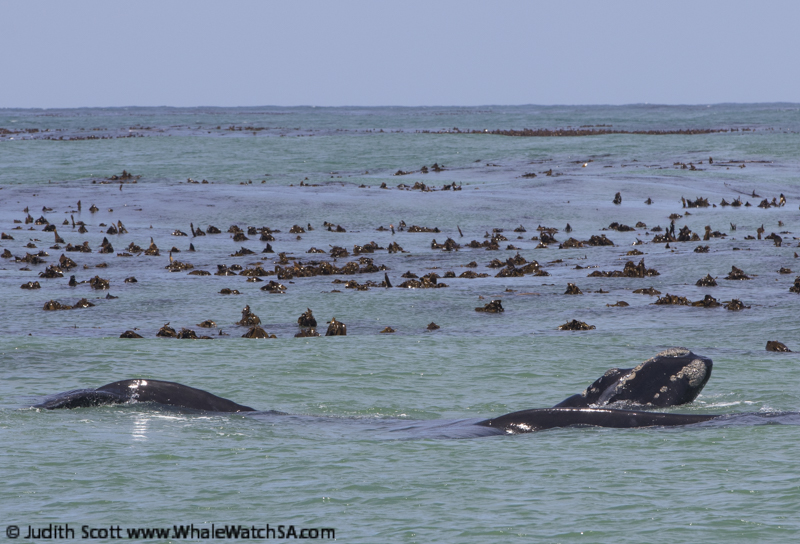 Southern right whale mother and calf sticking its head out! 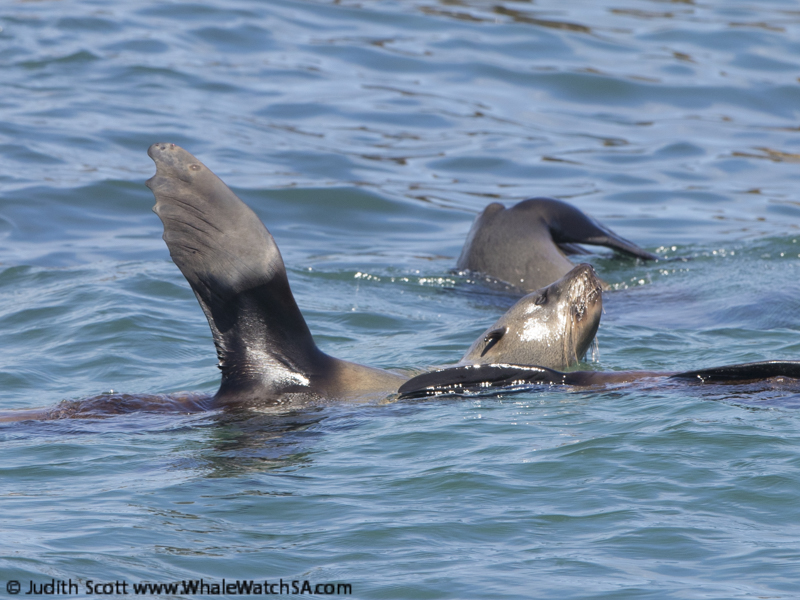 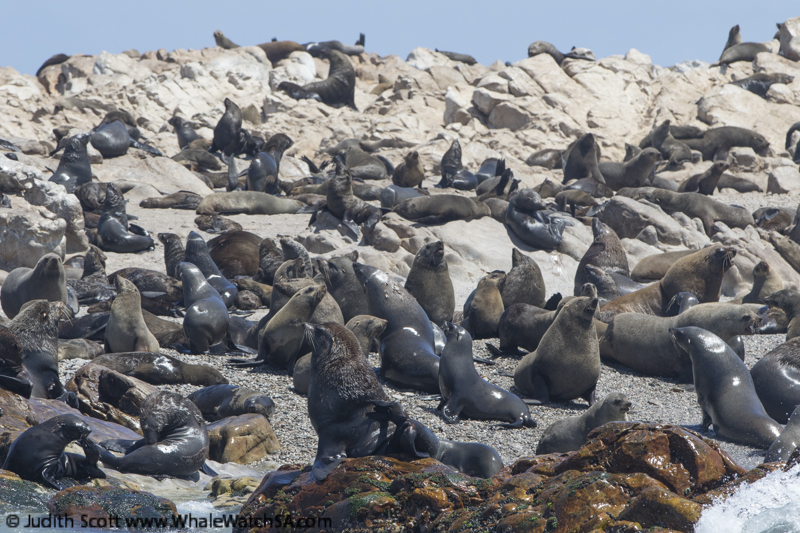 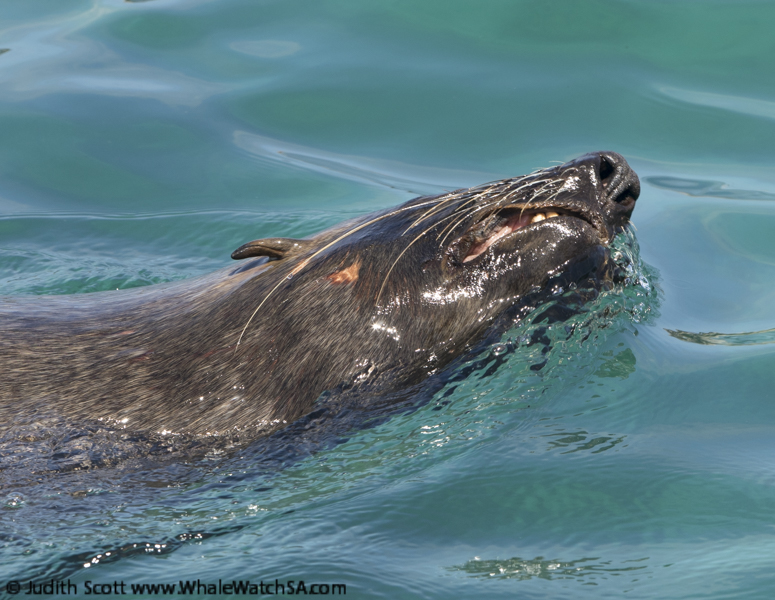 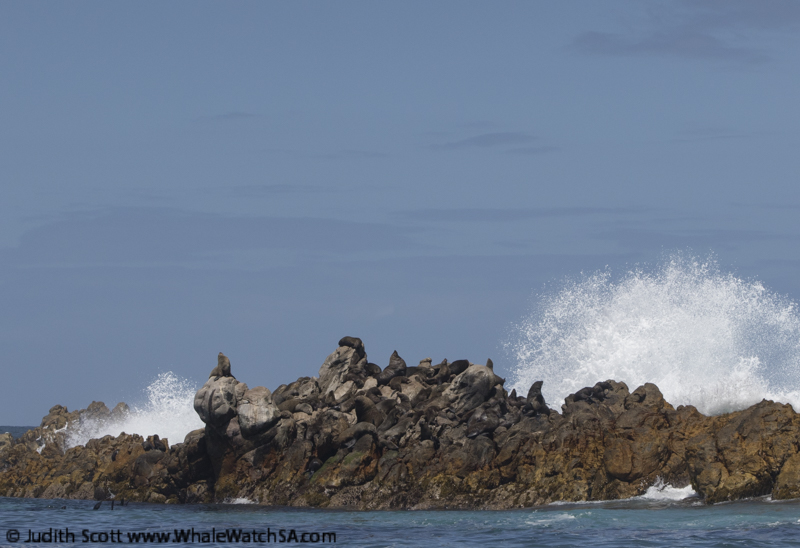 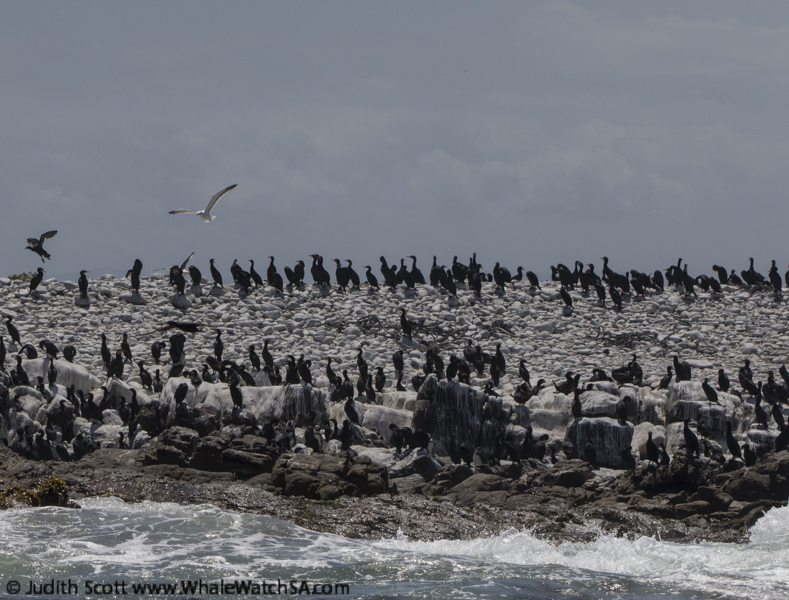 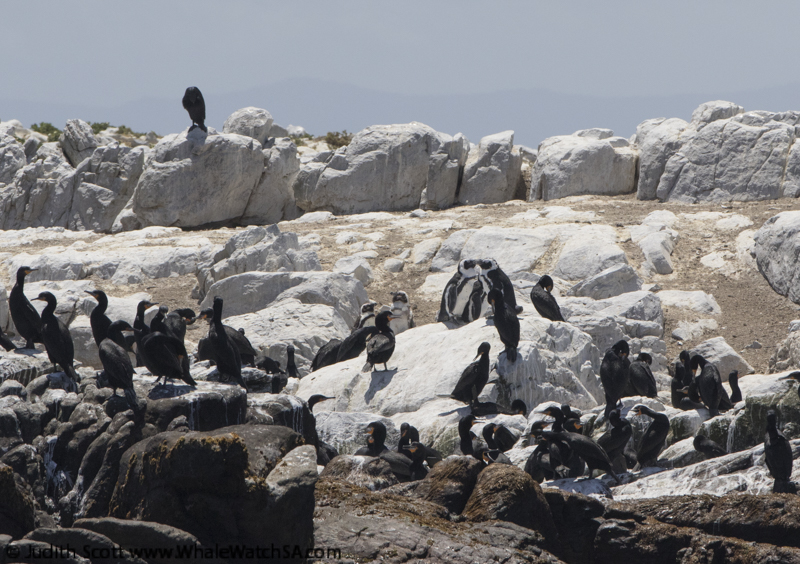 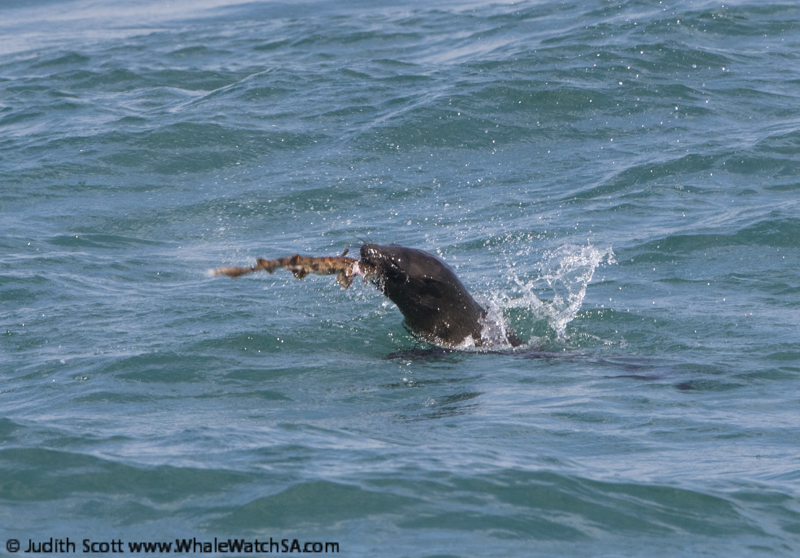 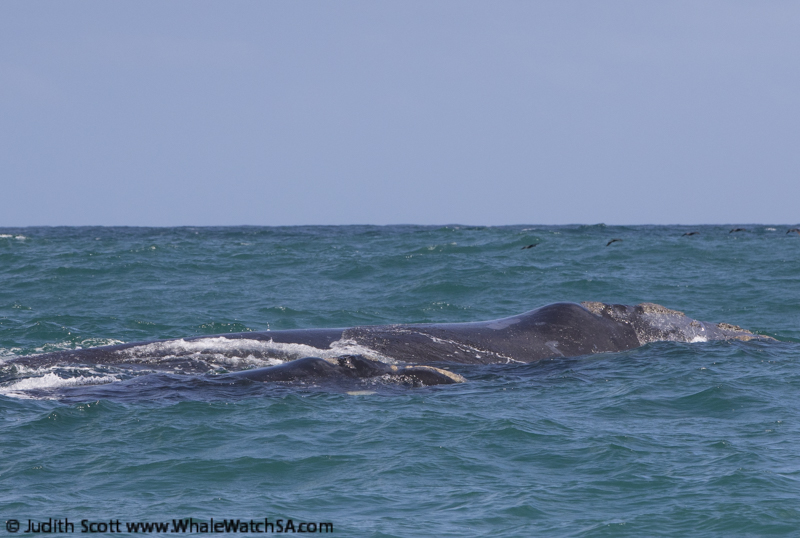 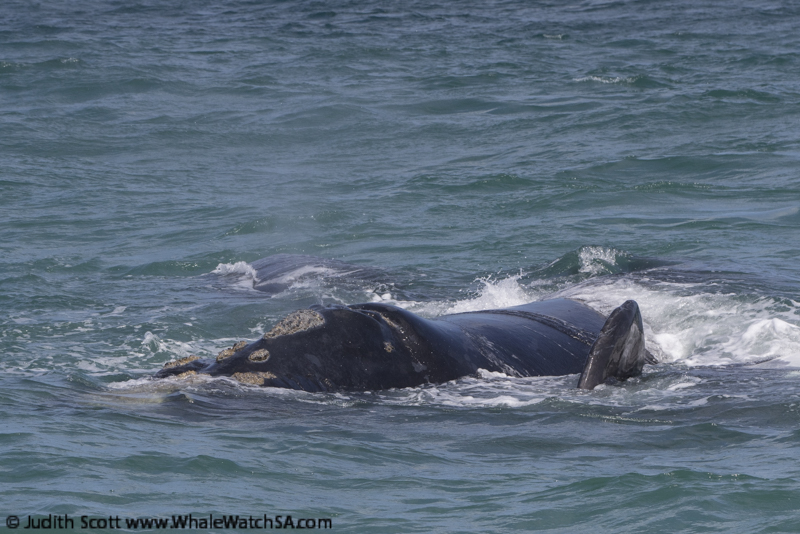 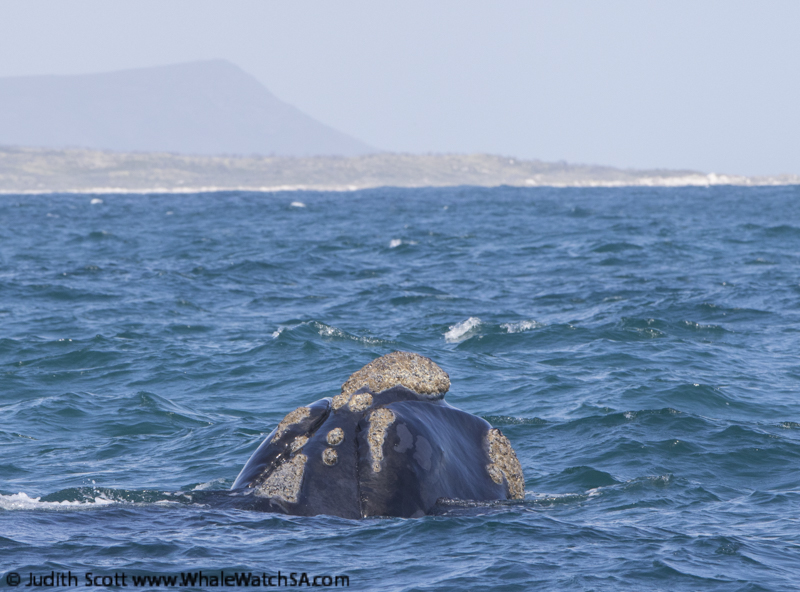