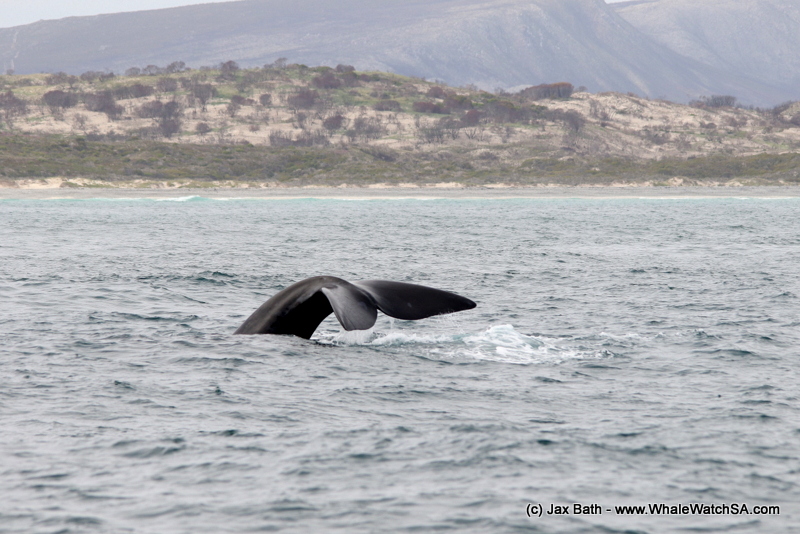 It was a busy day here in Kleinbaai with us heading out 3 times onto a prefect sea. The wind was non-existent today and we started off the first tour with some moody skies, launching at 07:30 and heading towards Uilenkraalsmond. It did not take us long to spot the first Southern Right Whales of the day, which was a cow calf pair, in fact, all the were whales we got to see today were cow calf pairs and we had at least 8 pairs around, all within our own bay! Most often, we have to travel all the way to Pearly Beach to find larger concentrations of whales, so this was pretty special.

On this tour, we got to 2 very close approaches from some curious moms and calves, it was incredible to have the whales relax right next to the boat, checking us out for ages before heading off into deeper water. We also got some beautiful lobtailing from a calf in shallow water, which made for a picturesque photographic opportunity. Next, we were treated to the sight of thousands of Cape Cormorants going fishing in a mega flock. The beauty of this spectacle is truly indescribable. We moved on to Dyer Island Next where we had lots of African Penguins sitting around on the white boulders and just below the waterline of the island. These birds were easy to see due to their black and white colours providing great contrast to the brown rocks where they were seated. We finished off our tour by cruising by our Cape Fur Seals who were having a lazy Saturday morning on Geyser Rock.

Trip two also started off with a real surprise when we had one lone Indian Ocean Humpback Dolphin pop up just in front of the Uilenkraalsmond estuary. Although we only got to see this animal a couple of times, it was great to spot this individual as they are the rarest of all the whales and dolphins in South Africa. We then went on to spend some quality time with our whales, getting to see a tail or two, some claves sticking their heads out the water and lots of whales rolling on their backs. We had a baby with its head on mom’s stomach and other giving us a few flipper slaps. We went on to see some African Penguins in the water, as well as several on Dyer Island, The Cape Fur Seal colony and a lucky few were even able to spot a Bronze Whaler Shark in the shallows. We finished off the tour with a breach from an adult Southern Right Whale.

Our final tour for the day also had a couple of breaching babies on their tour, much to the delight of all on board. The little ones were quite playful, rolling around and then giving a breach or two in the distance. We also got to see the whales laying on their backs and a couple of tails also happened to go up during our time close to the beach. It’s awesome to see how all the pairs just do their own thing, which adds such awesome variety to the tour. We then moved on towards the island systems, spotting some African Penguins enjoying their afternoon nap on the island and then finishing off our tour with some time in shark alley. Here, the Cape Fur Seals were as playful and darling as always.

Guest Question - What is the body temperature of a whale?

Answer -38 degrees, very close to our own body temperature which is super interesting. 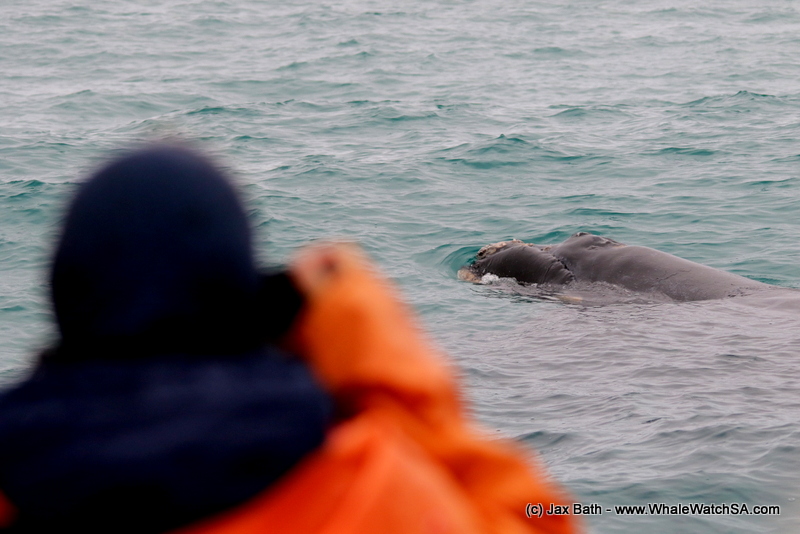 A close encounter with a calf. 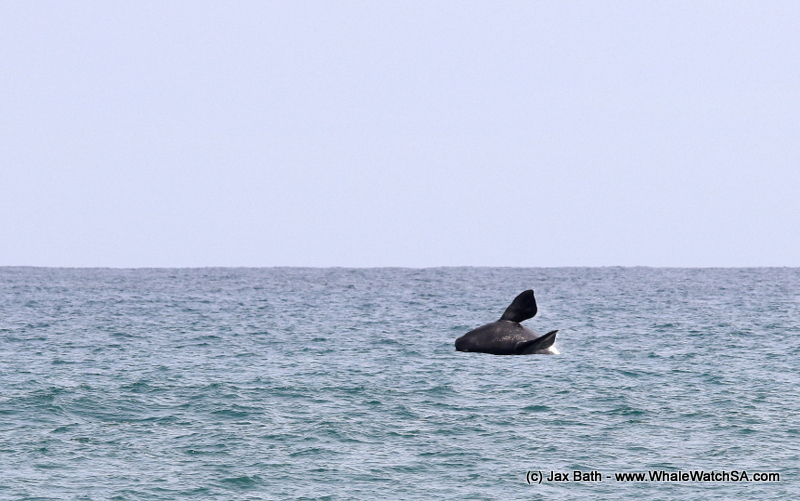 A baby breaching in the distance. 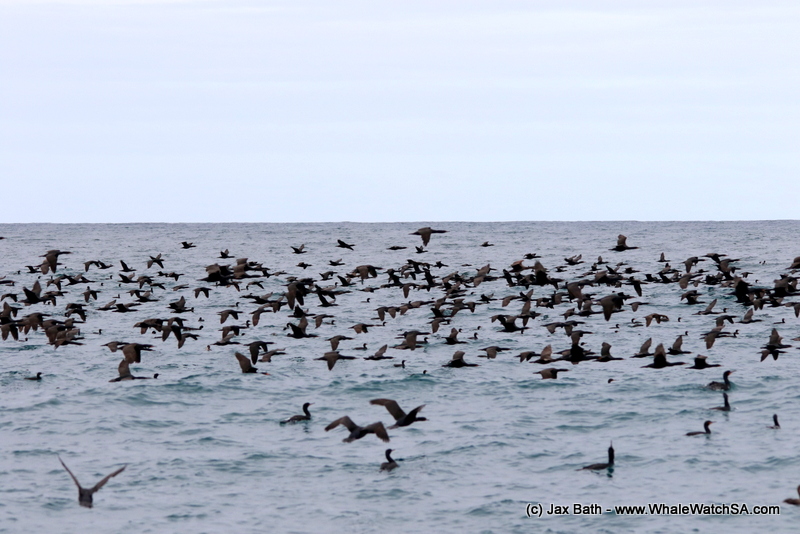 We had the Cape Cormorants swarm lose to the shark cage diving boats. 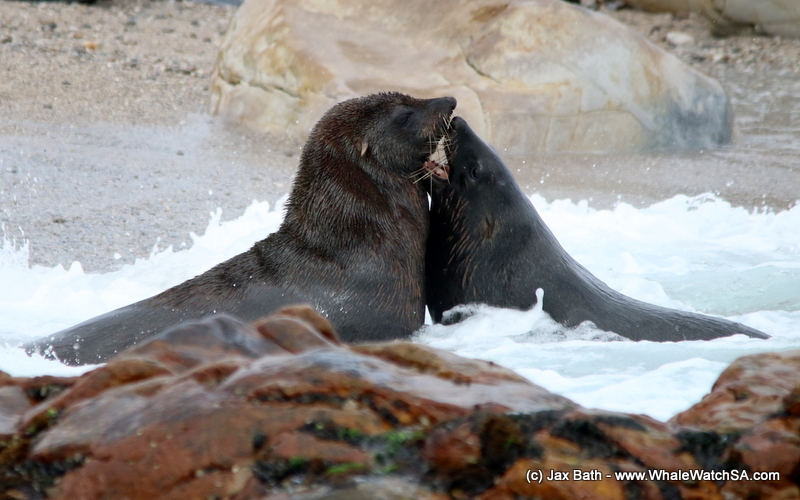 Fur Seals having some words. 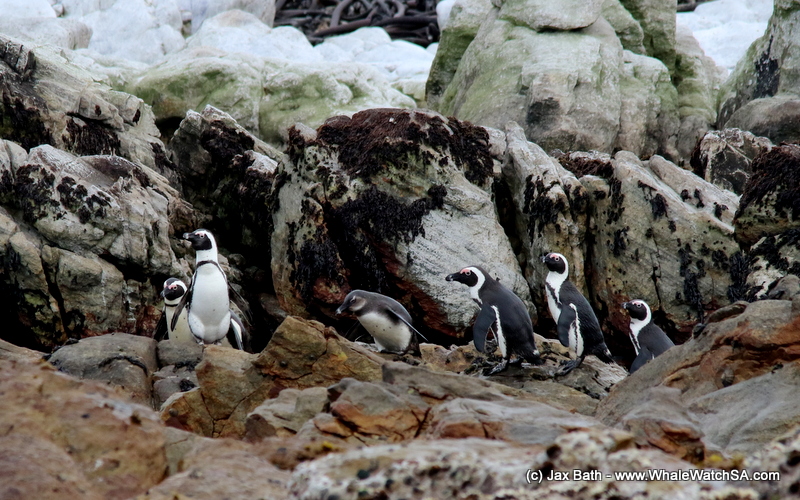 Some African Penguins sitting at the water line. 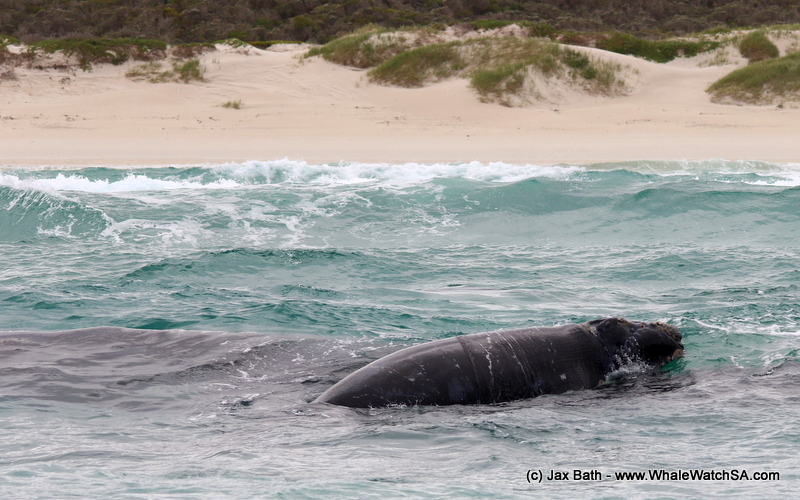 A calf resting its head on mom, being that cute all day can be very tiring. 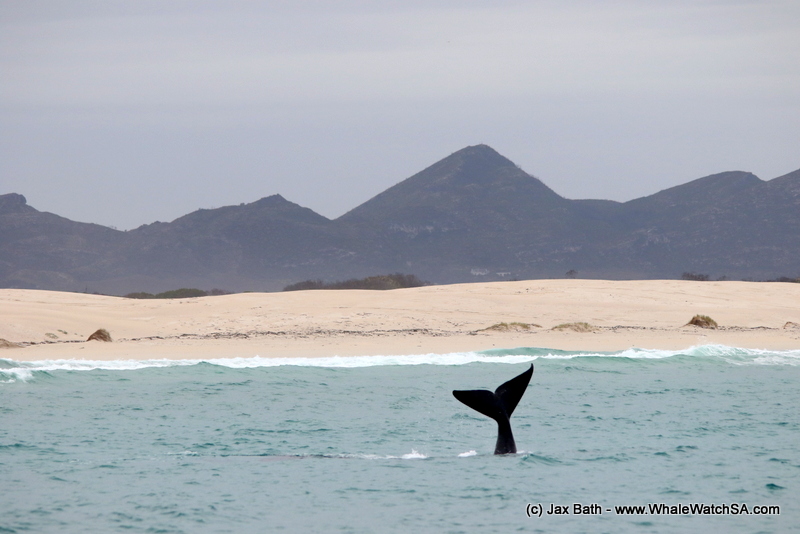 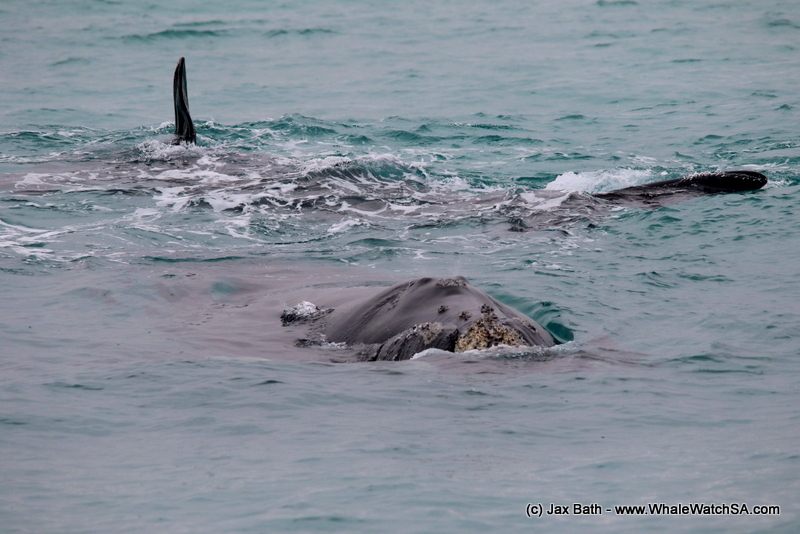 Mom checks us out whilst baby rolls around. 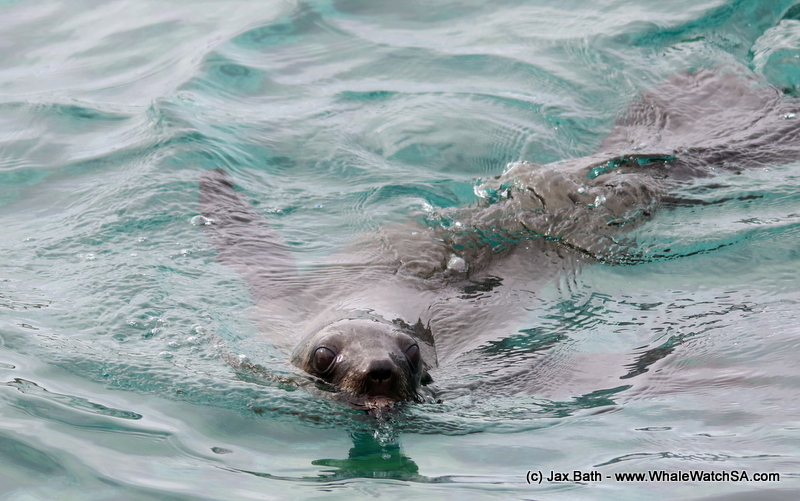 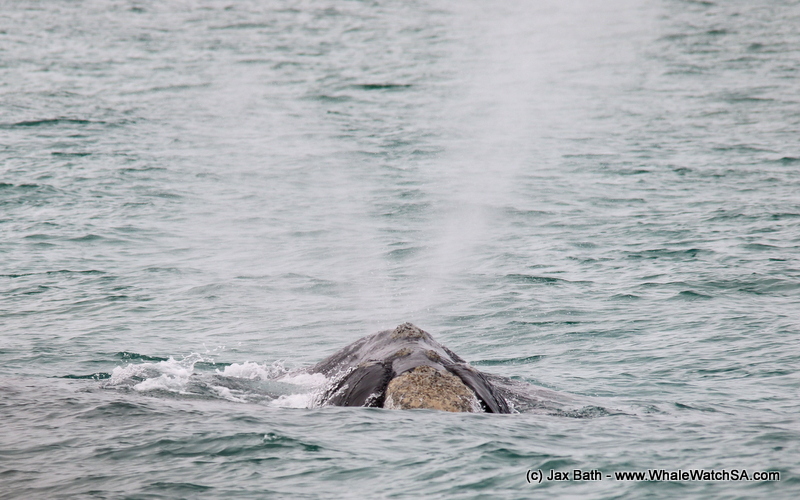 Here you get to see the distinctive V-shaped blow. 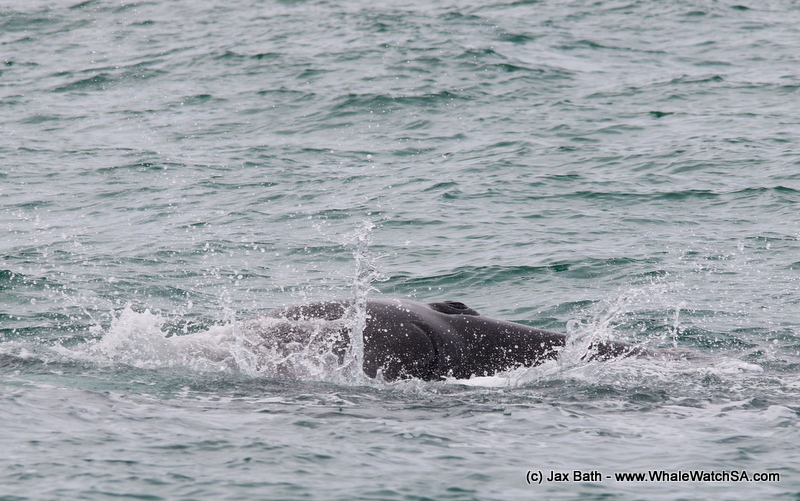 This whale calf’s eye is being framed by the splash caused by his flipper. We got some gorgeous flipper slaps today.

We had a few nice tails today! 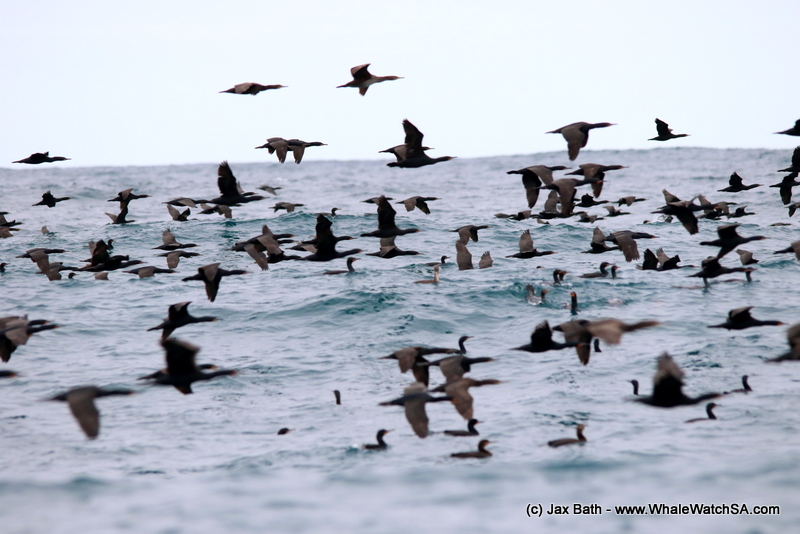 This is always a sight to behold. 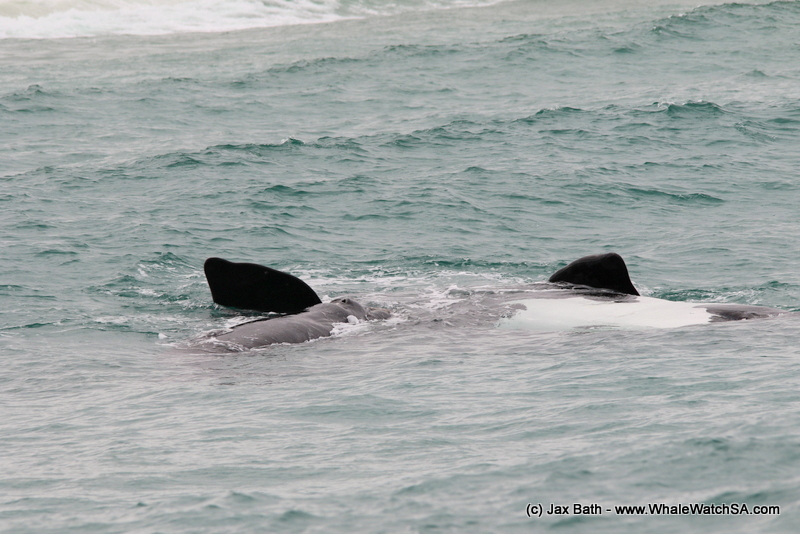 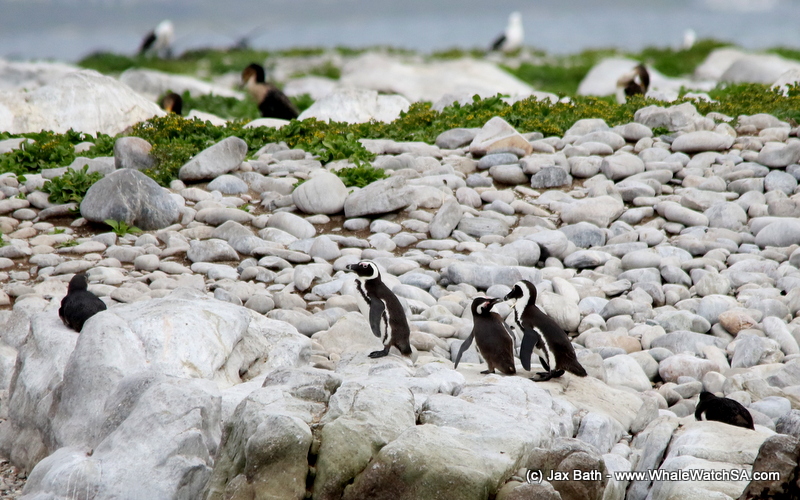 A tender moment between Penguins. 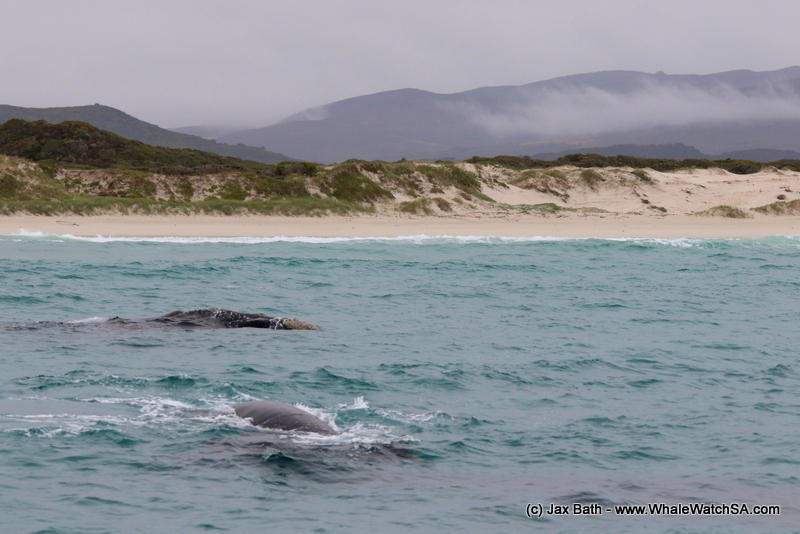 Whales hanging around in shallow water. 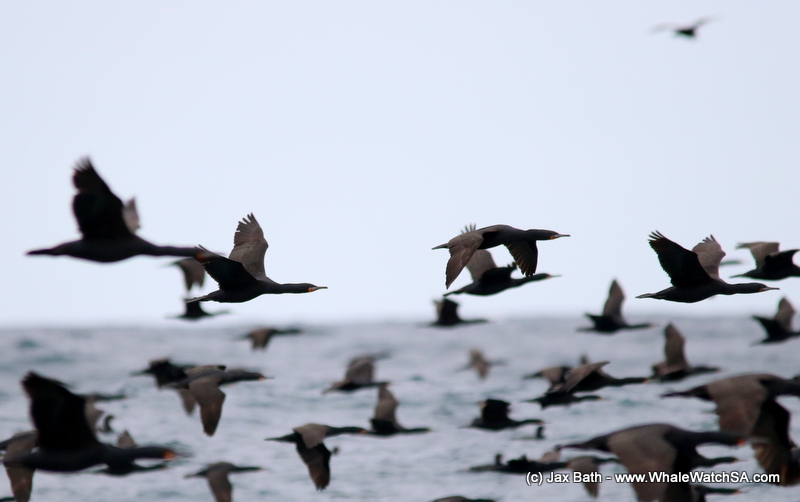 A close up of the Cape Cormorants. 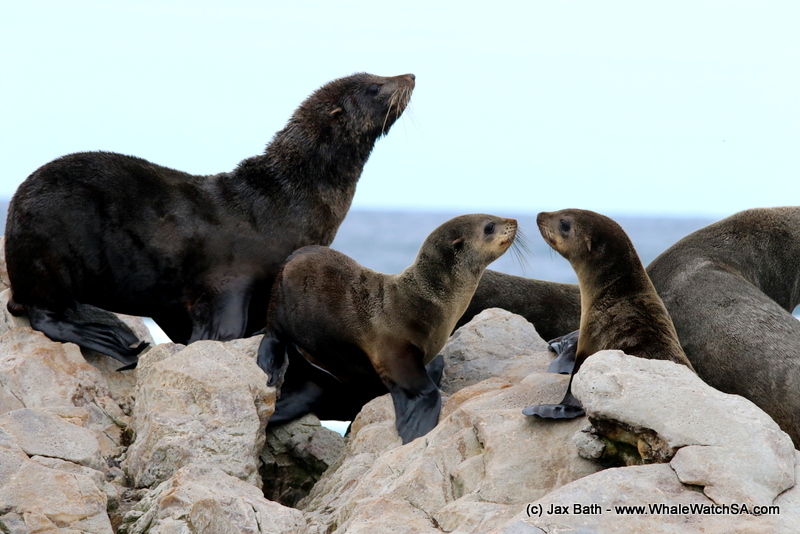 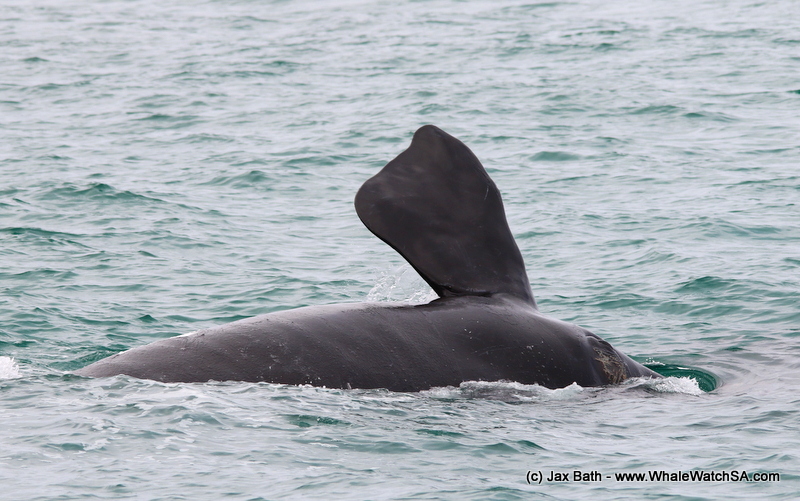 A calf laying on its side 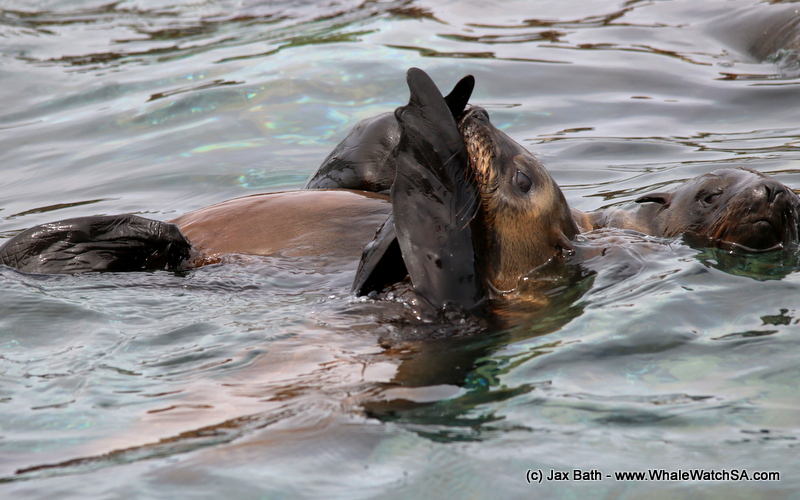