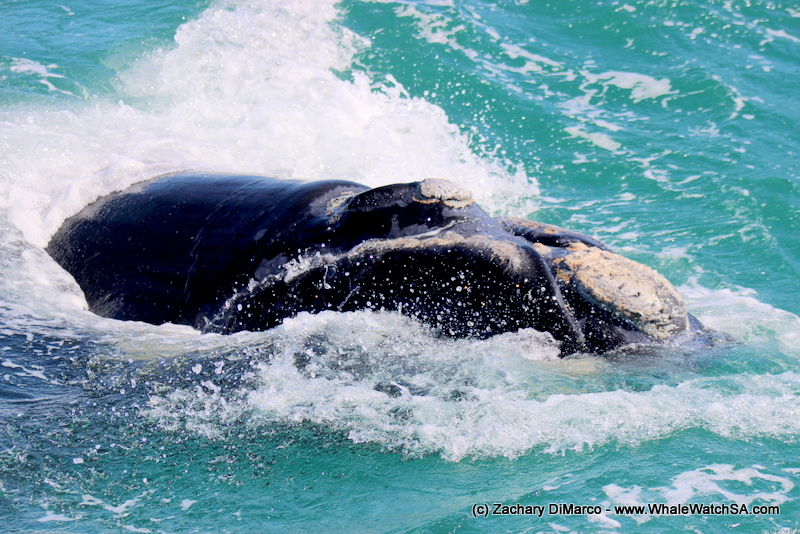 Whale that was a fun day on the water! The first trip departed from Kleinbaai harbor at nine thirty. We left harbor accompanied by a blue sky and a mild westerly wind. We encountered our first southern right whales, a cow and calf pair, after driving for only a few minutes. The whales seemed to dance in the swell under the blue sky. We spent 20 minutes with this pair before moving on to a different part of the bay. We started driving towards a new pair of southern right whales when a calf approached Dream Catcher. We were delighted to see the calf and it approached Dream Catcher for an up-close look. There was a loud “woosh” as the baby whale exhaled near the boat. The calf eventually returned to its mom and the two swam off together.

Next, we drove towards Dyer Island with the hope of viewing African penguins. We pulled in and spotted a group of penguins on the island’s rocky shore. At first, the penguins were difficult to spot because they blended in against the white rock. They eventually came into focus and we took in their delicate beauty. We drove to “shark alley,” the channel between Dyer Island and Geyser Rock, to investigate a cape fur seal colony. Geyser Rock is home to over 60,000 seals, making it a hotspot for feeding and reproduction. In addition to seals, Geyser Rock is home to various seabirds. We spotted a black oystercatcher foraging for a snack on the rocks.

The windy conditions made the second trip extra adventurous. The sun retreated behind the clouds as we departed Kleinbaai in the afternoon. Like the first trip, we quickly found a cow-calf pair of southern right whales. The whales effortlessly navigated the swell as we snapped photographs. We saw another pair of whales before continuing to Dyer Island. On the way, we found a juvenile African penguin wading in the water. We spent a few moments with the young penguin to make sure it was in good health. We left the penguin and stopped at Dyer Island, where we found another African penguin standing on the rocks. Our last stop on the trip was Geyser Rock. We saw countless seals cooling off in the water and napping in the sun.

We drove into the wind on the return trip to Kleinbaai, meaning we drove through some large swells. This was one of the best parts of the trip. Bouncing around on Dream Catcher was a blast. We returned to Kleinbaai and loaded Dream Catcher onto the trailer. We walked to the Great White House under a blue sky. It was a great day on the ocean. 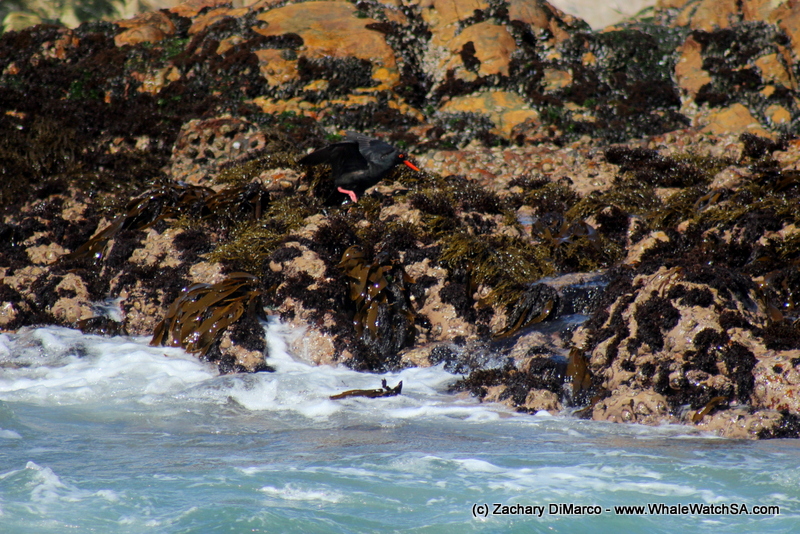 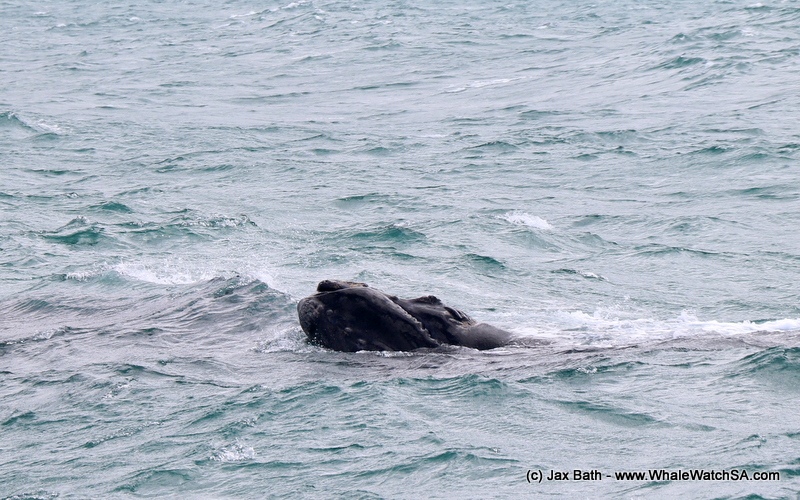 A Calf sticking his head out the water. 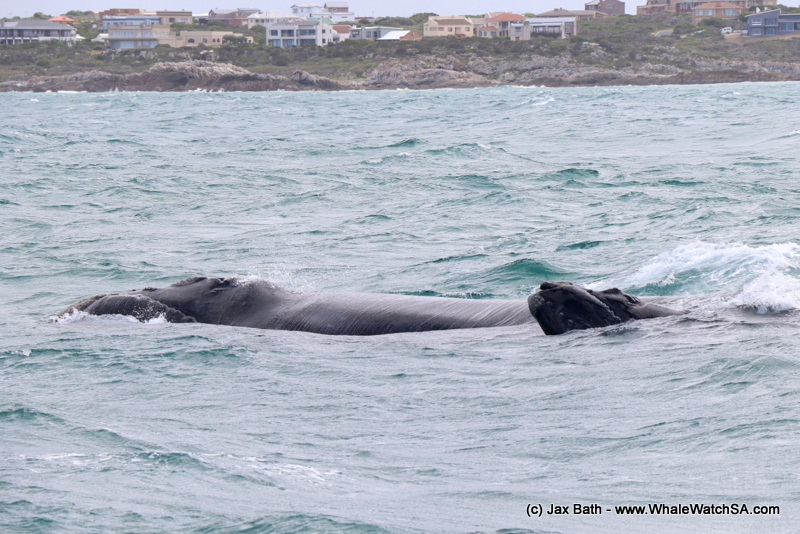 Checking us out whilst hanging out with mom. 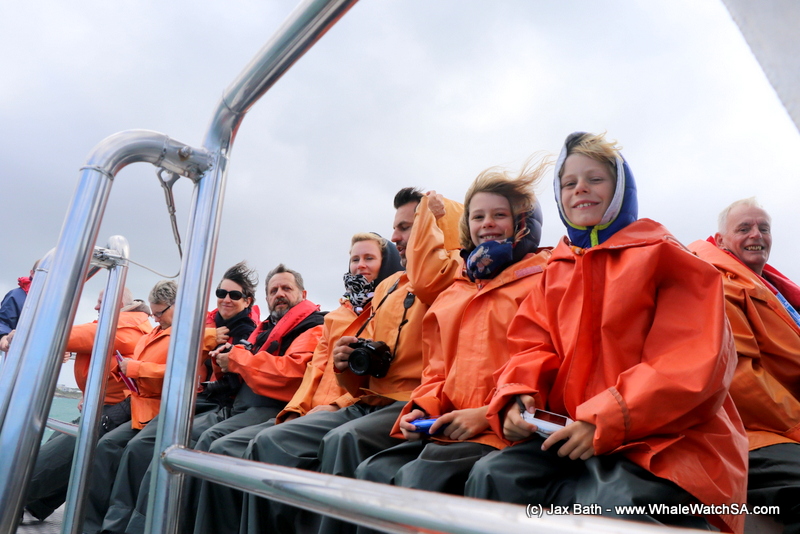 Whale watchers on an adventure. 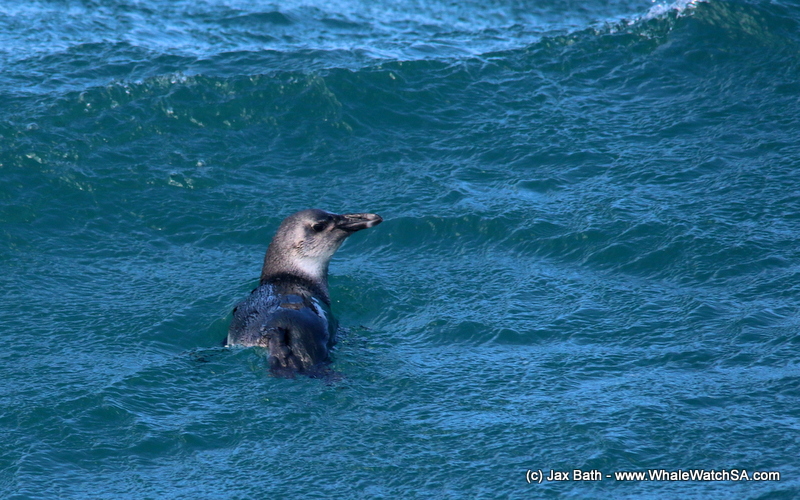 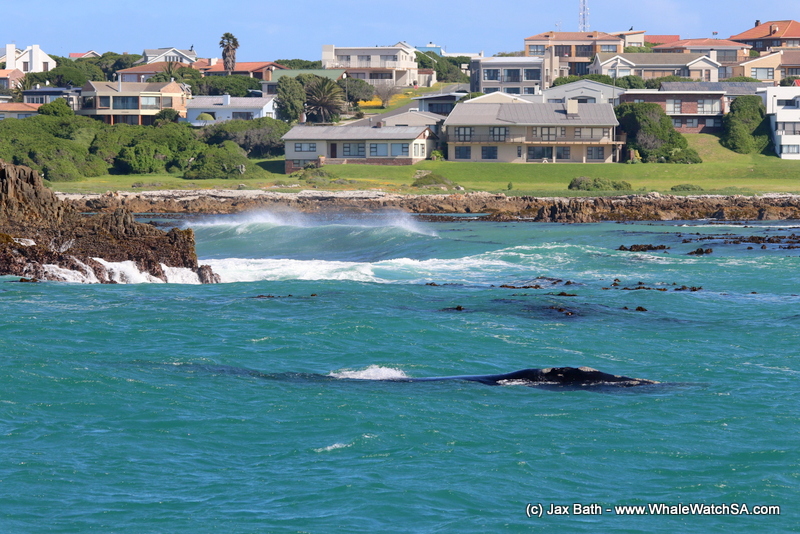 A Southern Right Whale In front of Black Sophies Rock. 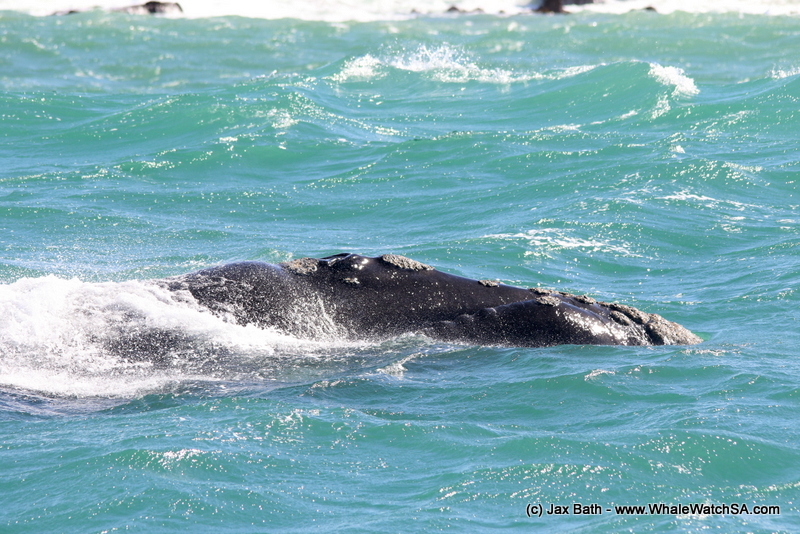 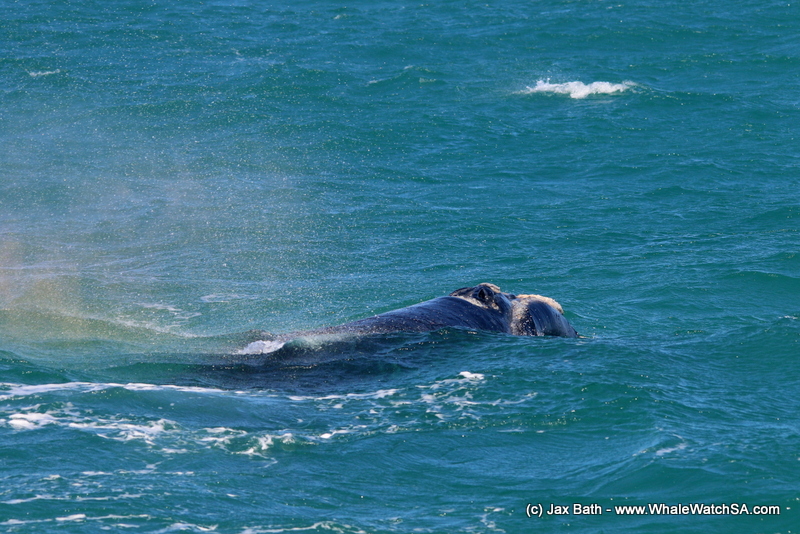 Baby on a mission. 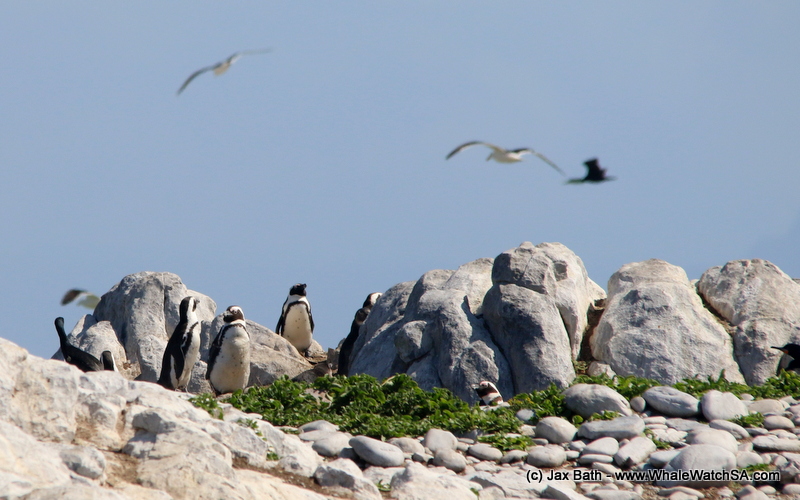 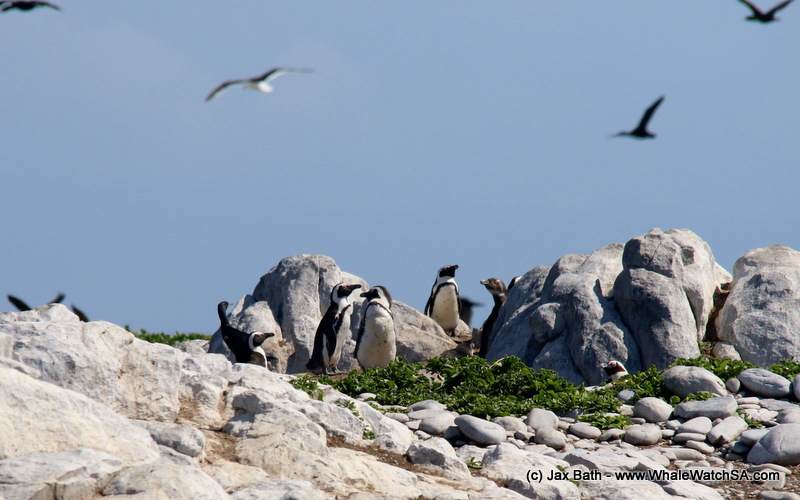 Social sessions in the midday sun. 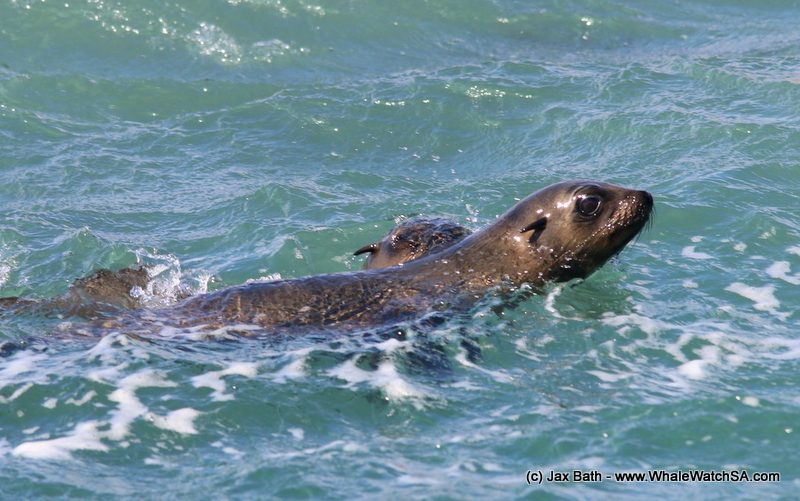 A seal pup braving the atlantic. 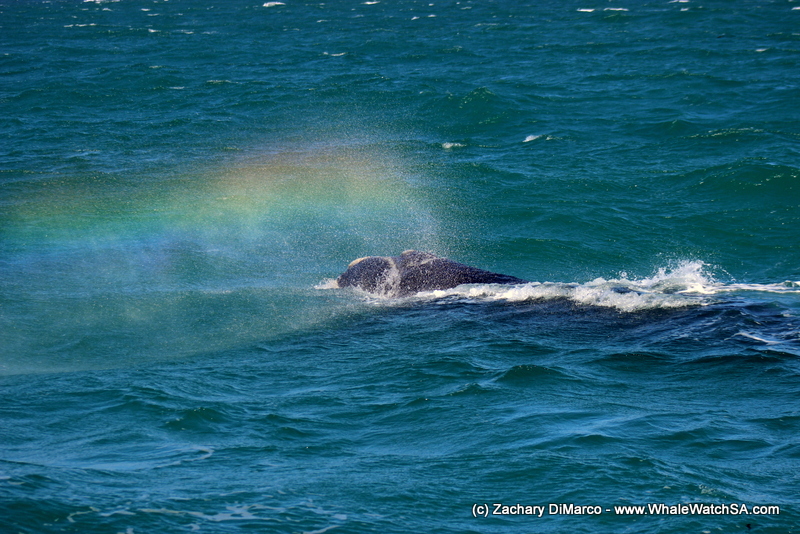 Rainbow in the wind 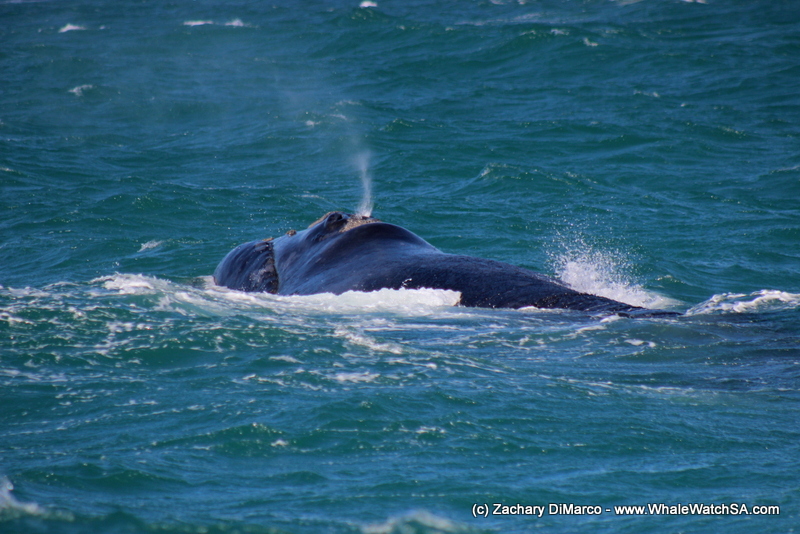 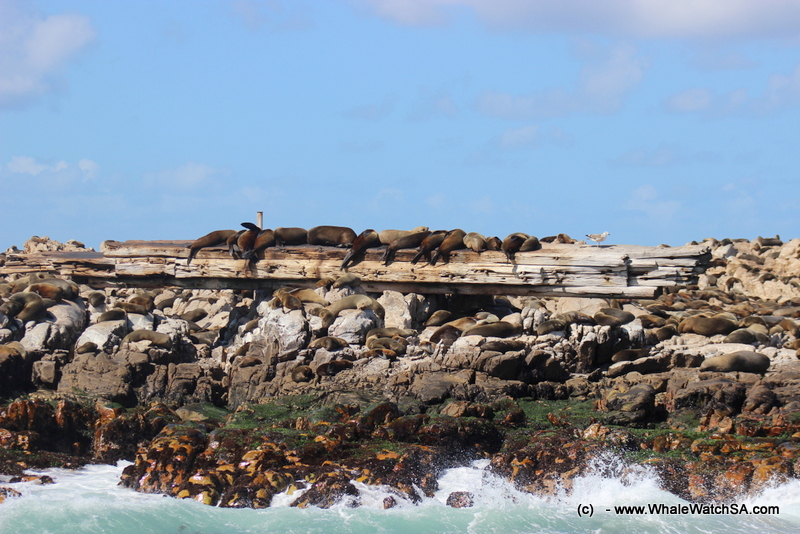 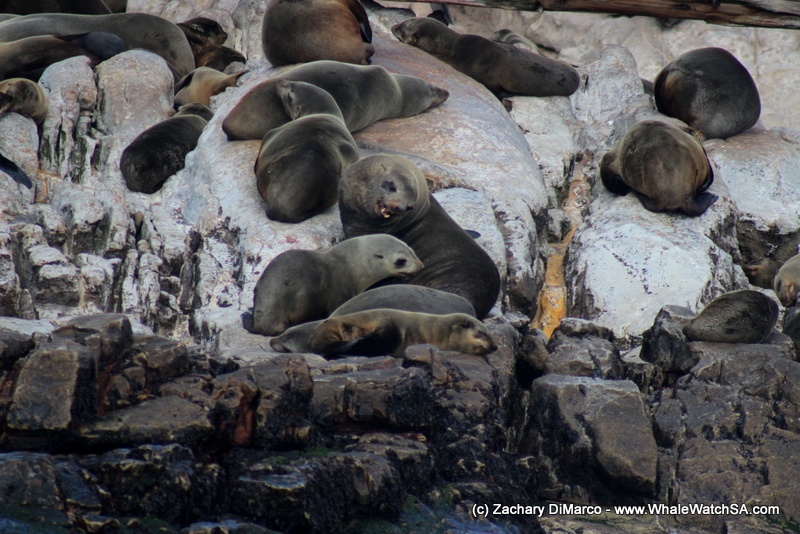 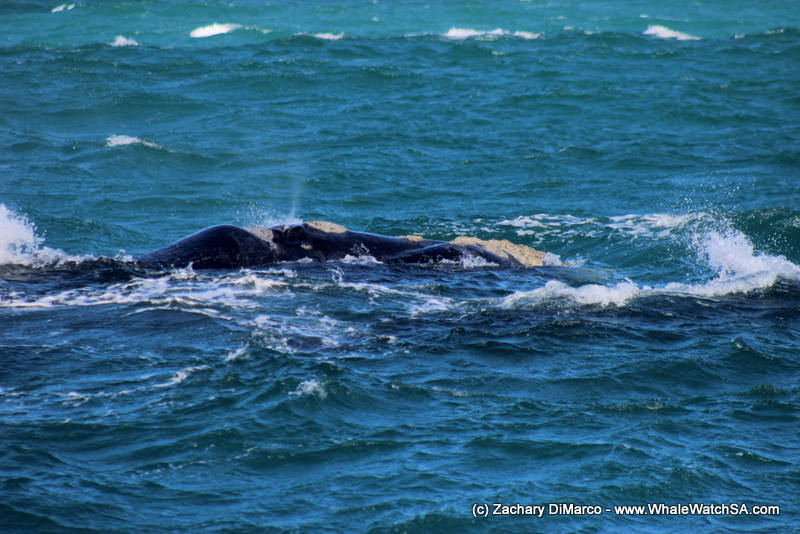 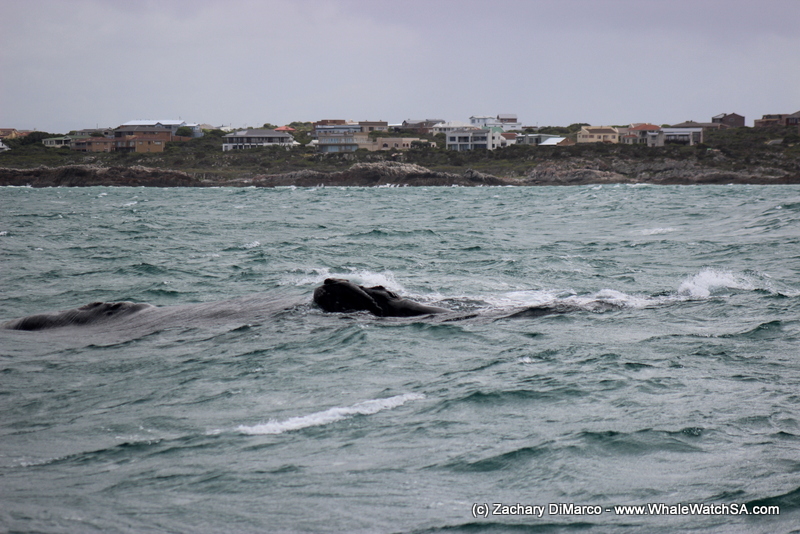 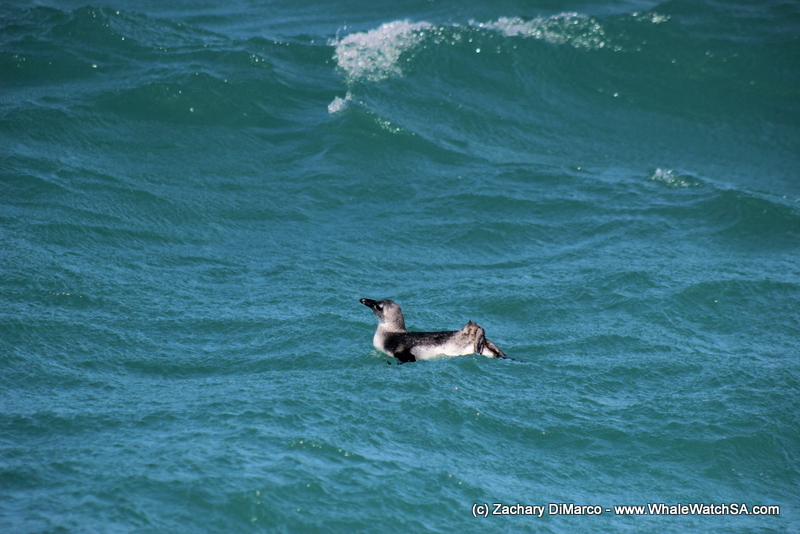