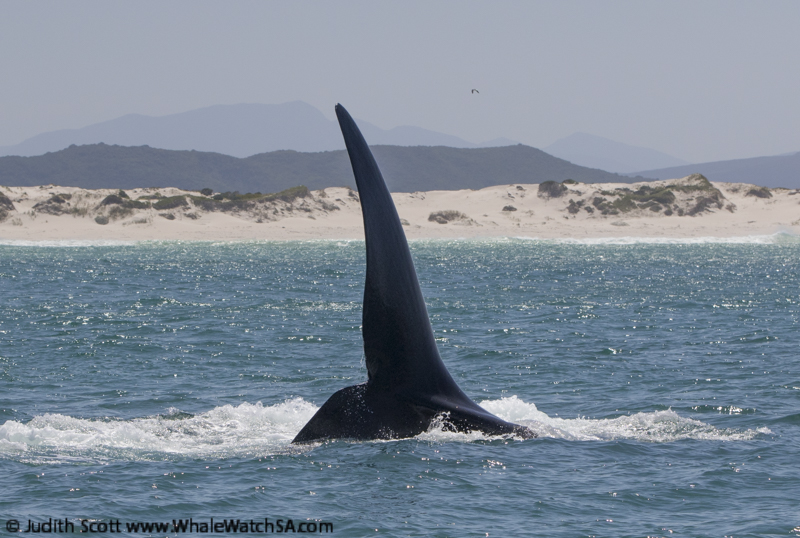 It was a beautiful day on the water today with a little wind, but some stunning colours in the sunny skies. We had three quite different tours out there with the wonderful marine animals.

On both the first two trips we watched Southern right whales in the bay called Uilenkraalsmond. On trip one we again caught up with our lone calf who this time was with yet another mother and her calf, which sadly seemed to be trying to get away from the youngster. We got some great looks at the mother whale who was rolling around and sometimes bringing her tail out of the water. Eventually she left the area with her calf and so we left also.

On trip two we spent our whale time with one mother and calf that were travelling really slowly through the area and the mother was very calm, giving us some beautiful close looks.

On trip three we headed much further into Pearly Beach as we didn’t see whales in Uilenkraalsmond.  We were richly rewarded with this decision seeing a number of mother and calf pairs in the area. We think our lone calf was on its own when we went past De Clyde, which was sad to see. However in Pearly Beach we found a group of two mothers with their two calves and got some great looks at them as the rolled around and came high out of the water in the swells.

Trip one also got to see two Indian ocean humpback dolphins deep in the shallow water.

All three tours got some really great looks at bronze whaler sharks over by Slashfin with multiple sharks seen on all tours. It looked like he shark diving people were having a great day out there with a number of bronze whalers active around the cage.

We got to see a small group of African penguins on the water on trip one and some on the island when we were able to stop into Sponge Bay on trip three as the wind had changed direction.

Cape fur seals make up the five animals we try to show people, which means that trip one was very lucky and got to see the Marine Big Five! 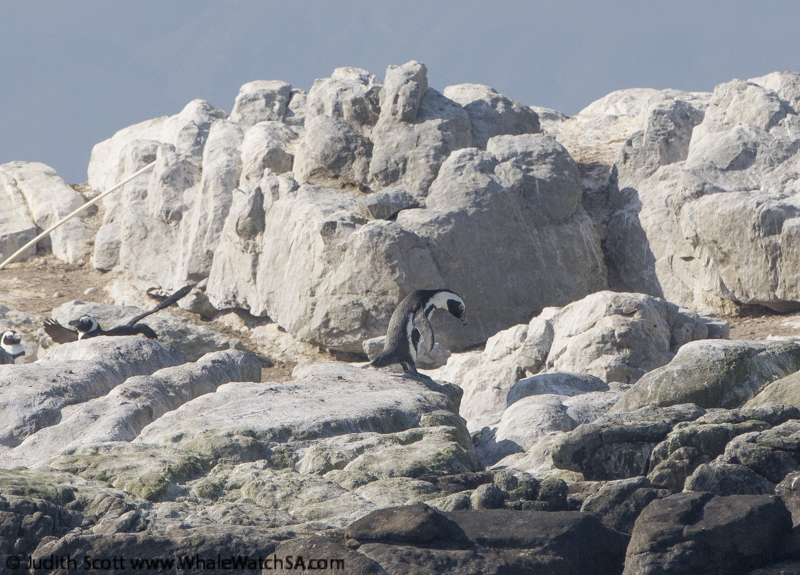 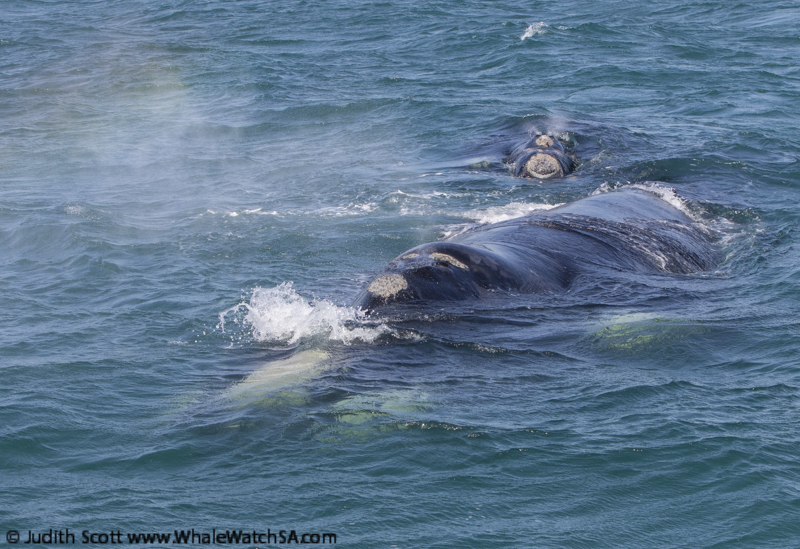 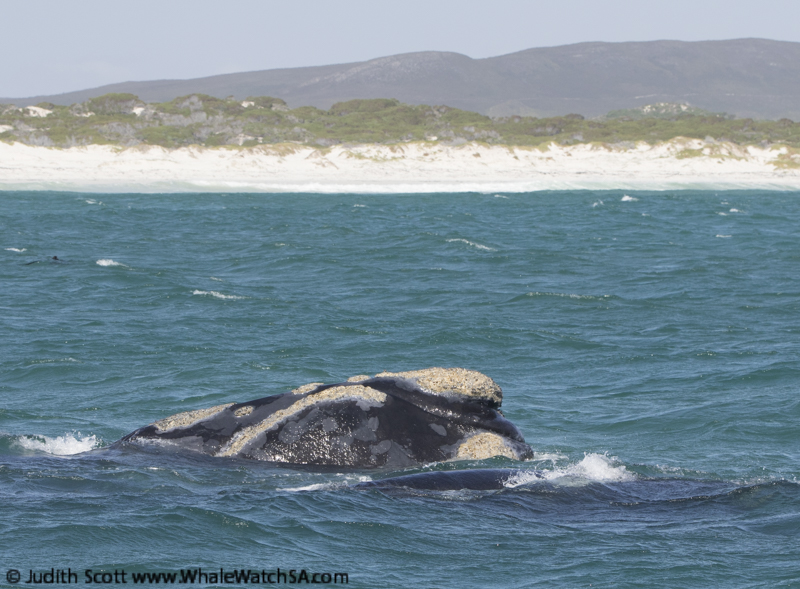 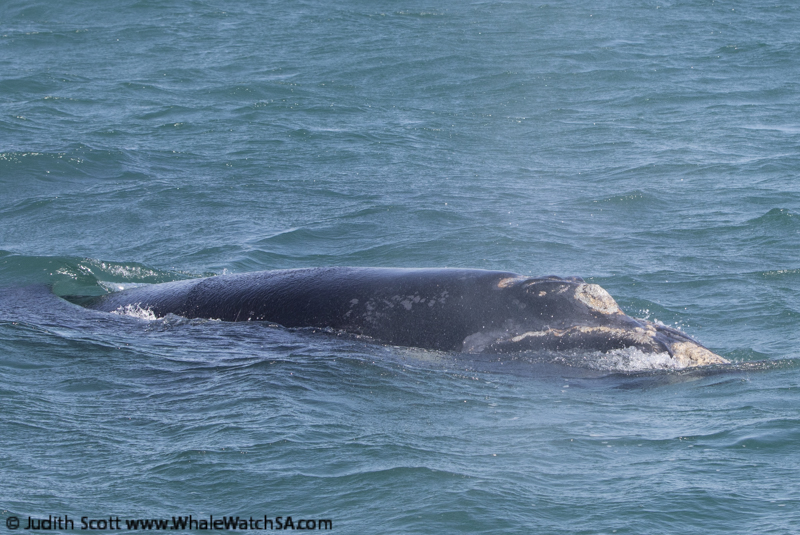 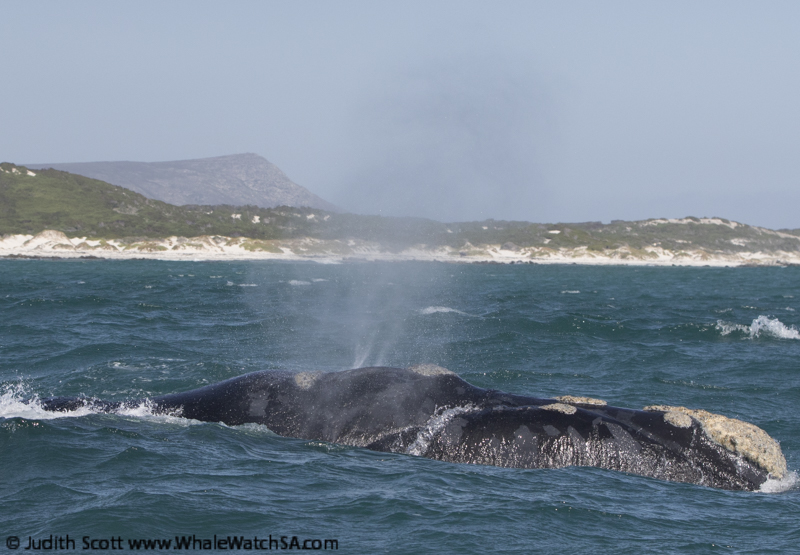 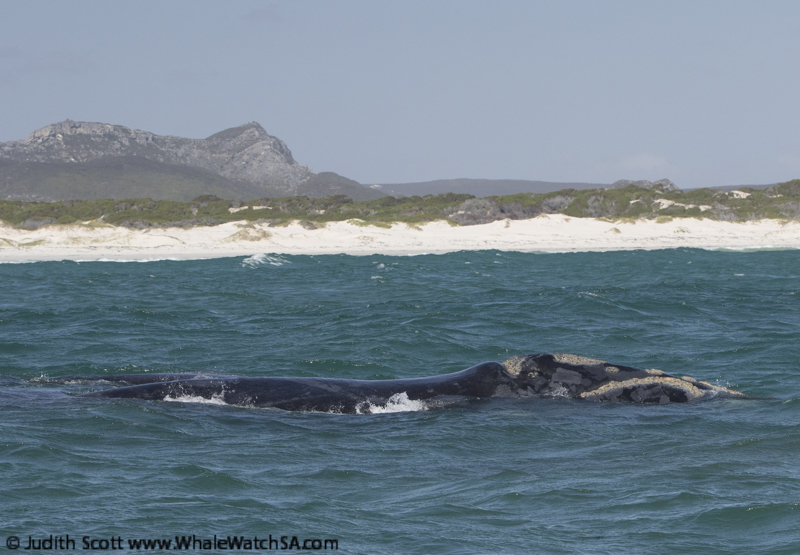 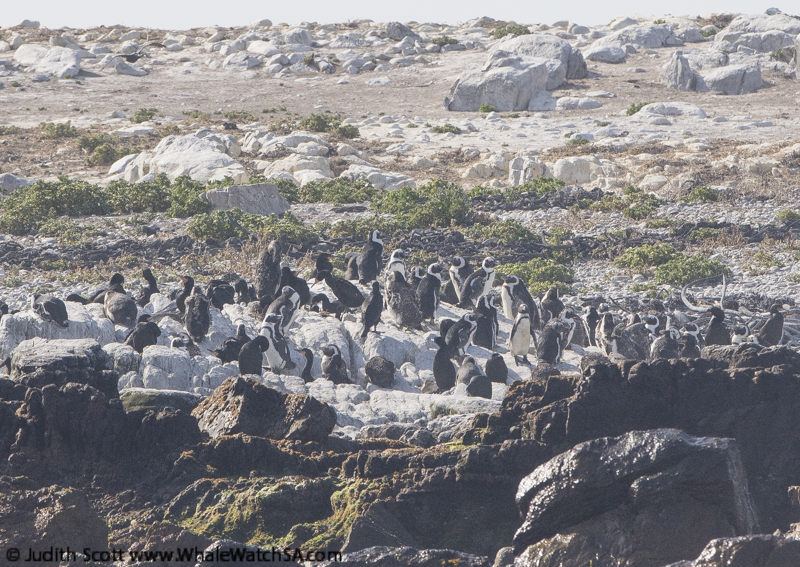 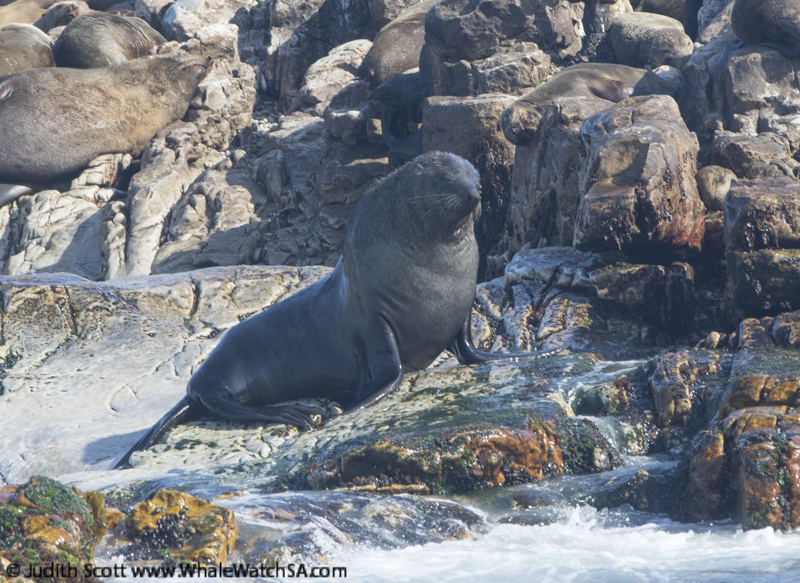 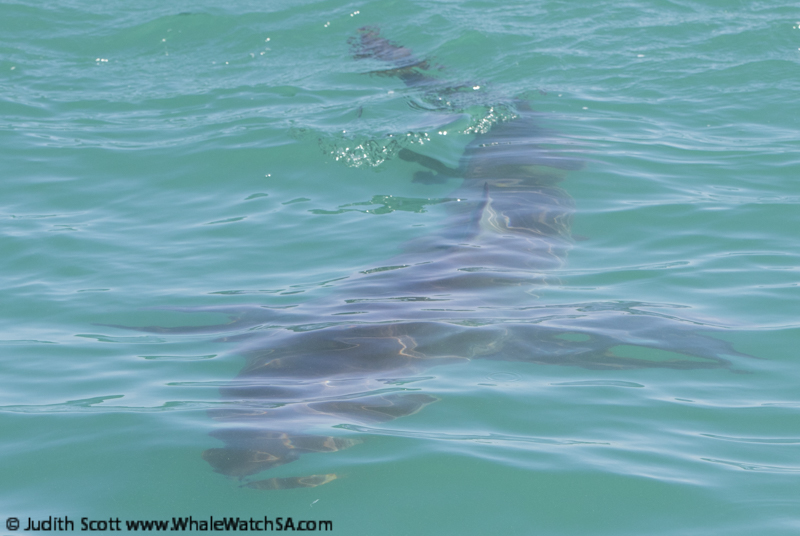 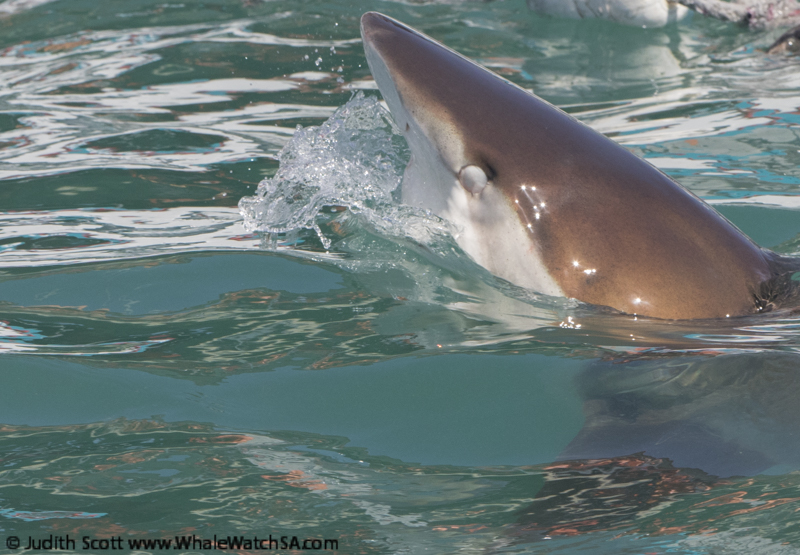 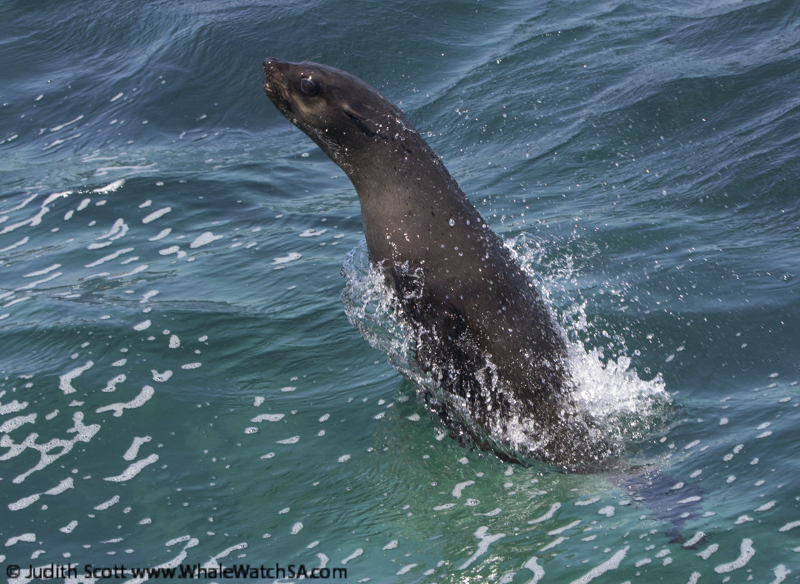 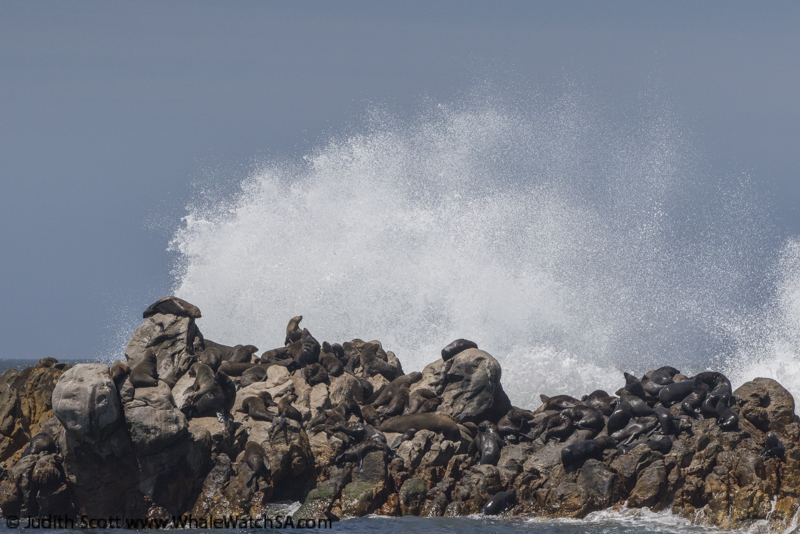 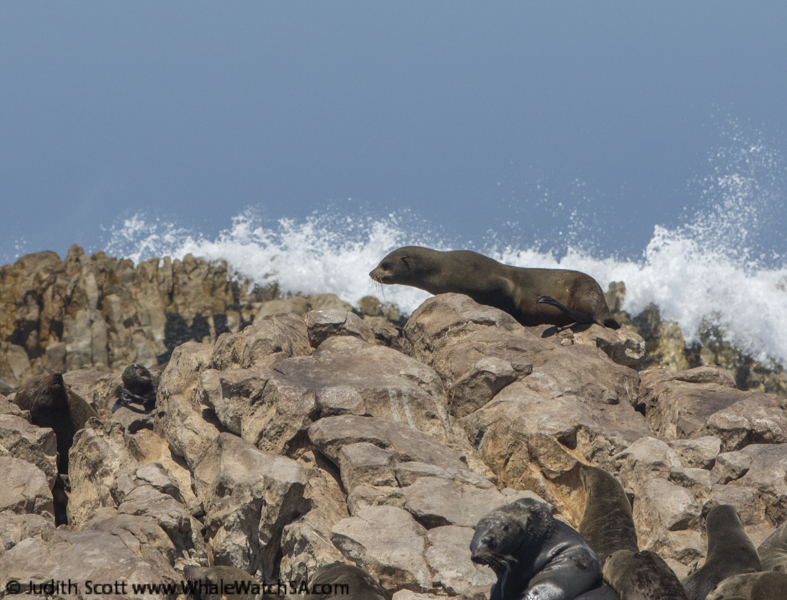 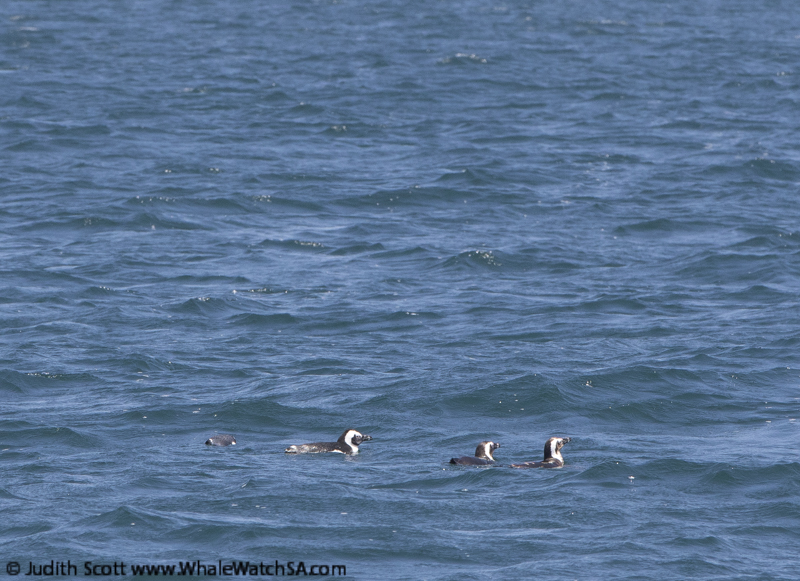 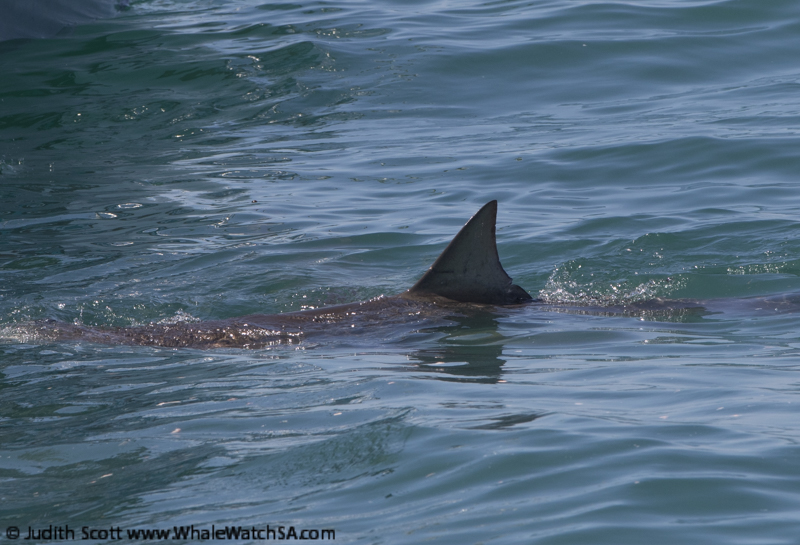 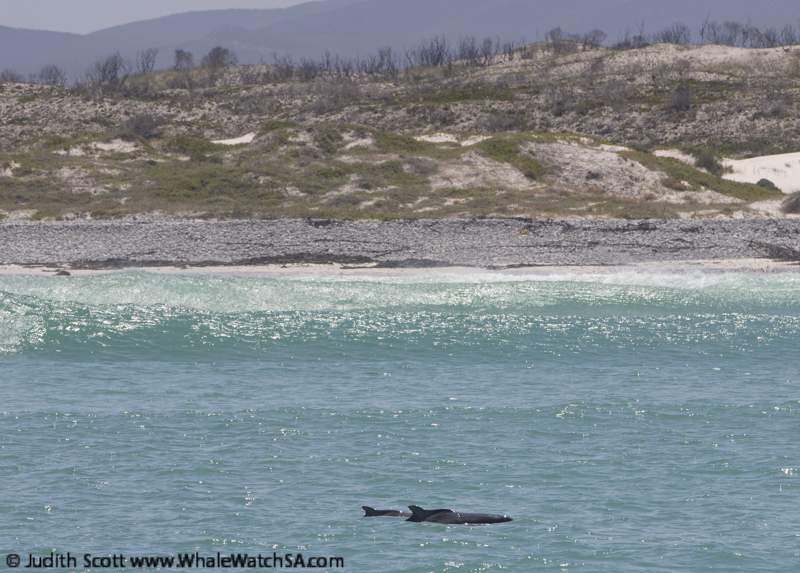 Southern right whale tail. This mother whale looked like she was doing this to get away from the lone calf, sadly. 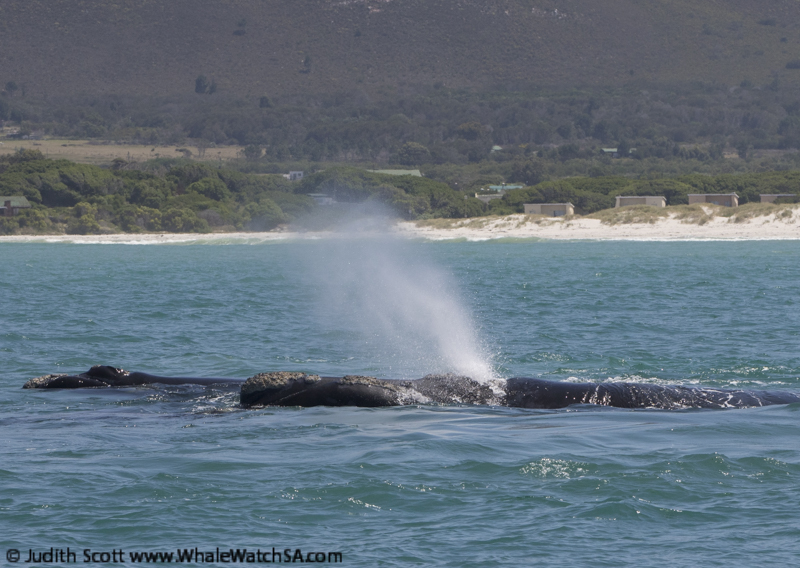 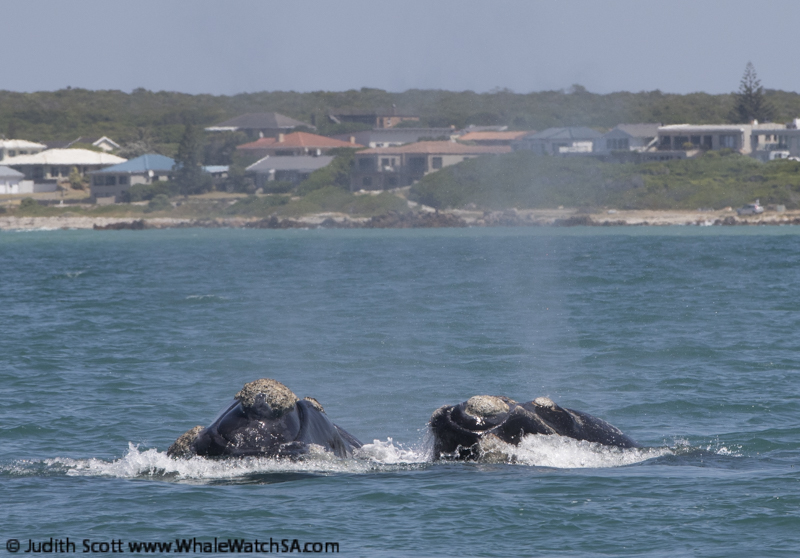 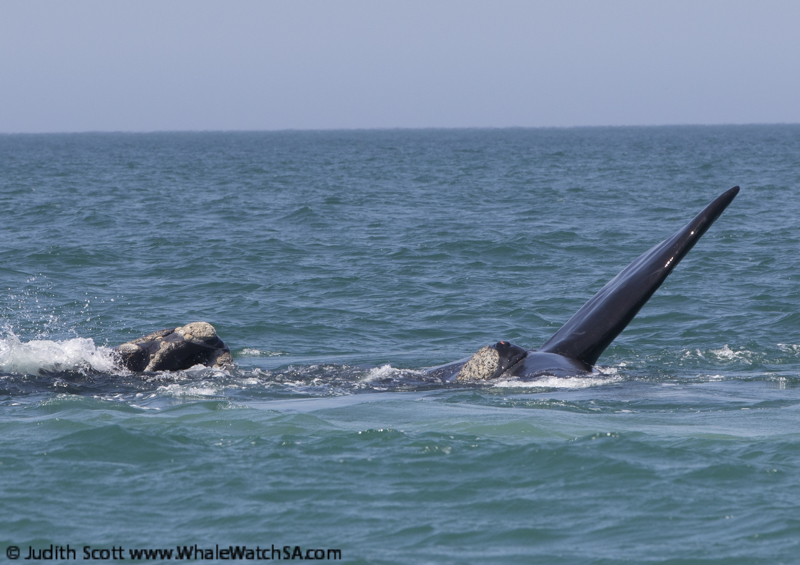 Southern right whale mother and calf. You can see the mother’s eye, the red spot 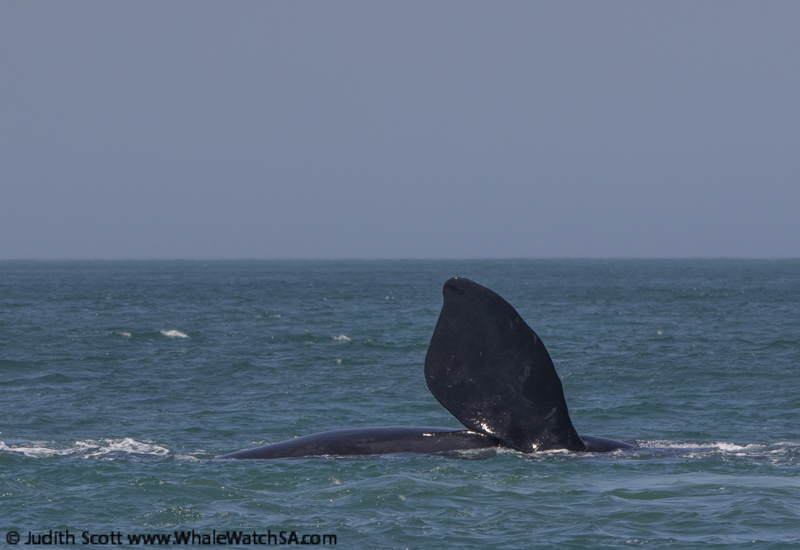 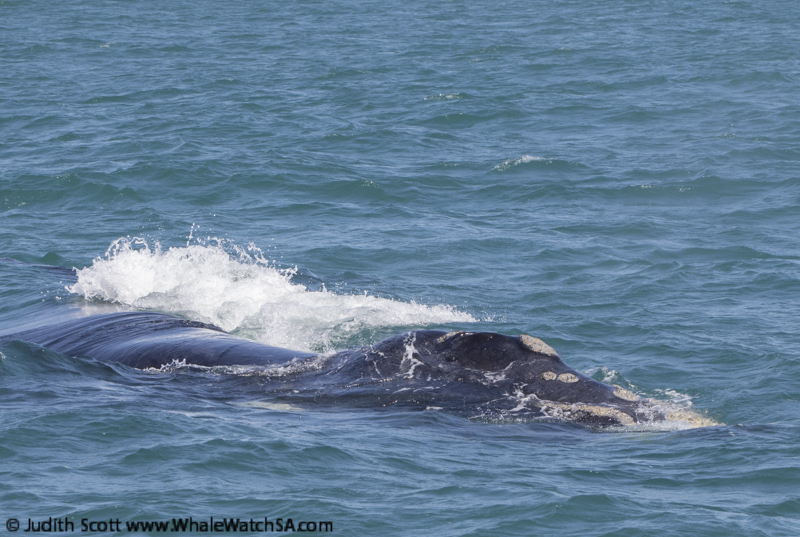