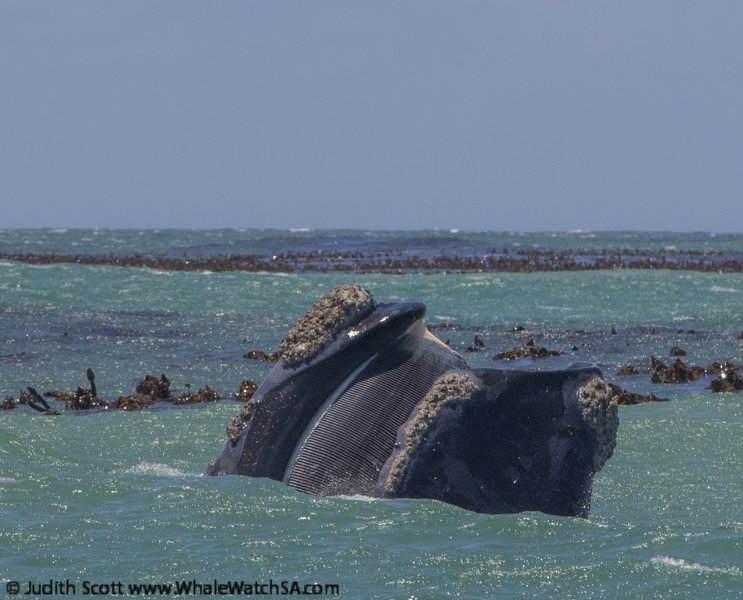 What an awesome day on the ocean! with 2 trips, we set out at around 11 to see what the animals had in store for us and they did not disappoint. We had a little swell running today, so we got to watch as the whales were lifted up by the swells, which allowed us to see just a bit more whale than what we might have if the sea had been completely still. On both tours, the whales were incredible with a really active mom on the first trip and a playful little baby on the second.

We started off trip one by taking a stop at Slashfin in the hopes of spotting a Copper Shark. These beautiful requiem sharks have been giving us some great looks recently, and this trip was no exception. We got to see the coppers come up a few times, showing off their dorsal fins before we head on over towards the reef systems. We spotted our Southern Right Whales just before the reef and spent some time with a mom and a calf who really spoiled us with their presence. Mom was having what appeared to be a whale of a time, opening her mouth wider than I have ever seen before in my 2 years with the company. We are not a feeding ground, so to get to see the baleen inside the mouth is really a real treat. Mom then took it  a step further by putting some kelp on her back and rolling it down her body, to the delight of all aboard. Our next stop was at our seal colony where we tried to spot some pups before heading back to shore.

Trip 2 got lucky and started off with a whale sighting, with us finding the Southern Right Whales in the shallows. When we found this mom and baby, they began to move into shallow water, and they really seemed to be enjoying the swell. After doing some travelling, baby whale began to play. This little one was rolling on it’s back, slapping it’s flippers against the water and generally just having the time of his little life. He rolled again and again, at times it even looked like he was given us a wave. Mom also got in on the fun a bit, doing some spy hopping and checking us out. during the sighting, they also moved a little closer and at one point, mom also rolled over onto her side. Baby decided to use this as an opportunity to come just a bit closer to us before returning to her.

We stopped at Slashfin next where we had a pesky Cape Fur Seal and a couple of Copper Sharks investigating the boat. these were larger sharks, and we got to see them surface as they lunged in to check out the bait line. We then decided it was time to see the seals friends and family, so we moved on towards Geyser Rock. Here, we found a little seal in need of some help, as it had fallen into the water. New born pups cannot swim just yet, so we tried our best to give this baby a second chance at life. 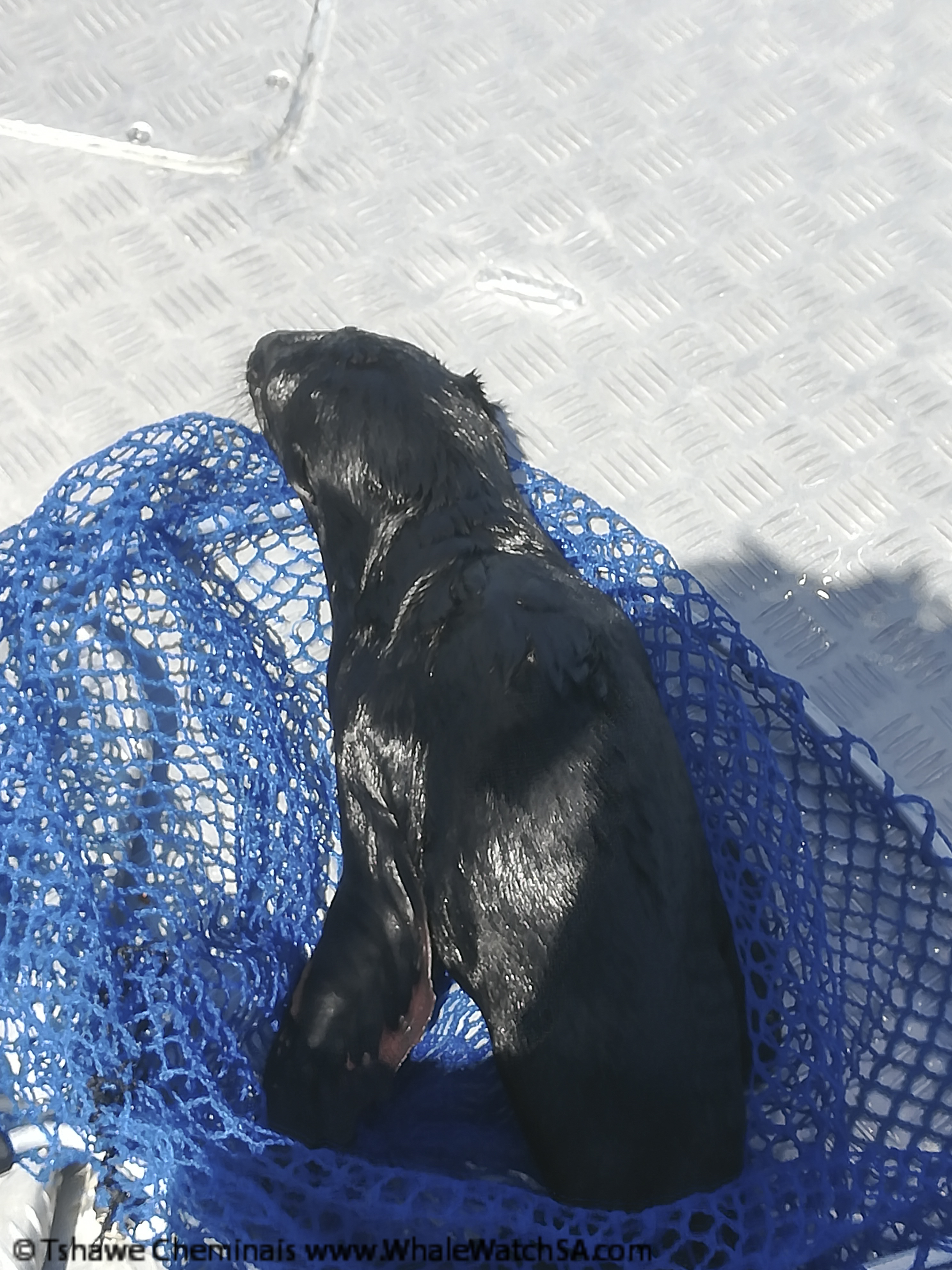 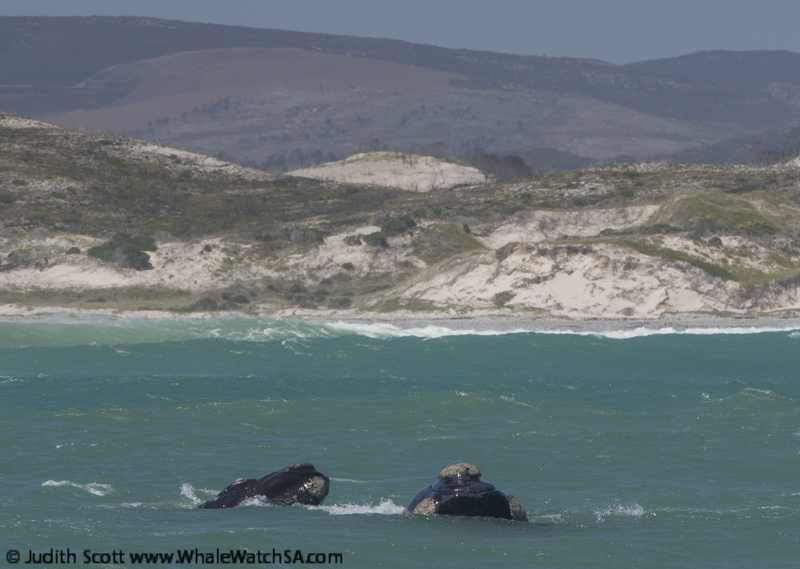 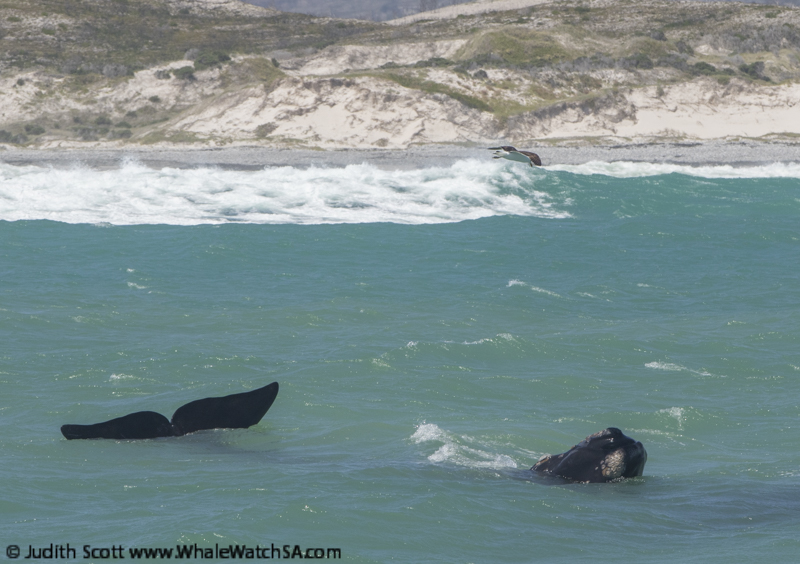 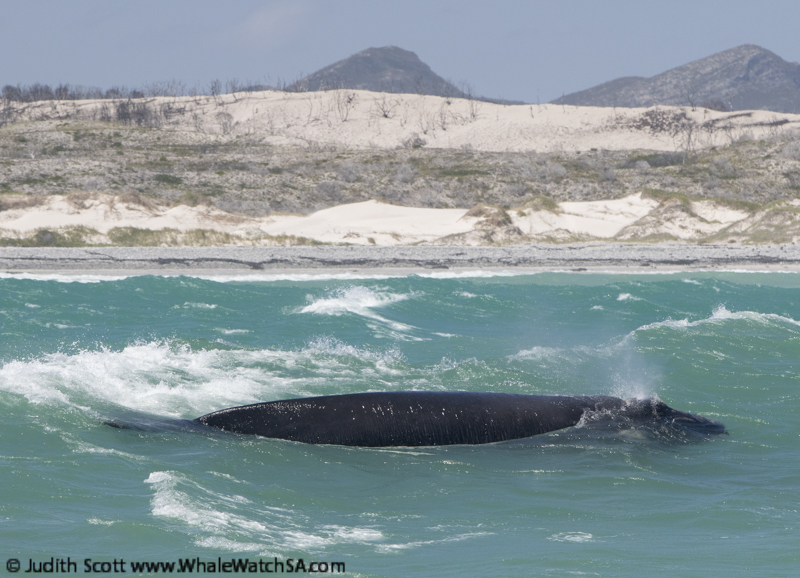 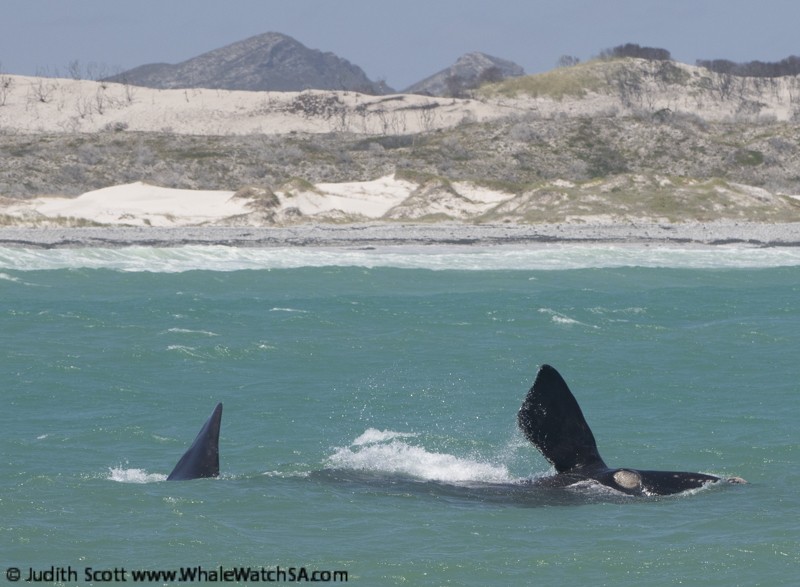 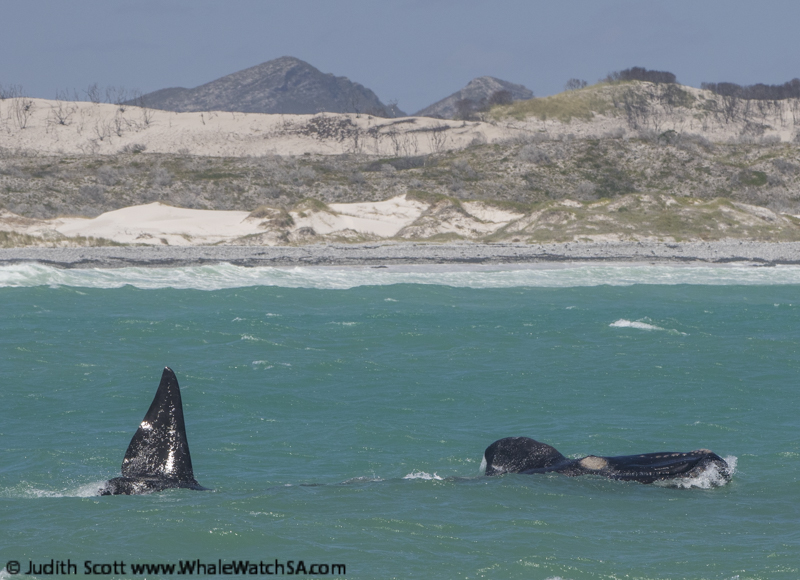 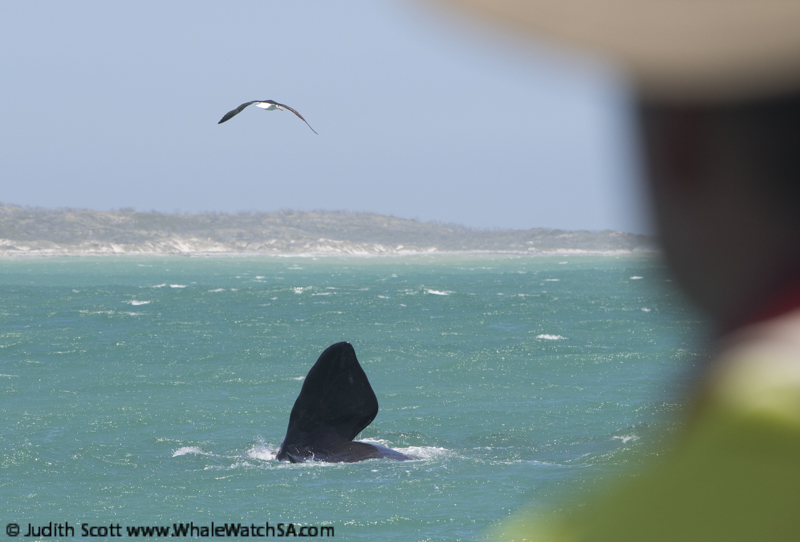 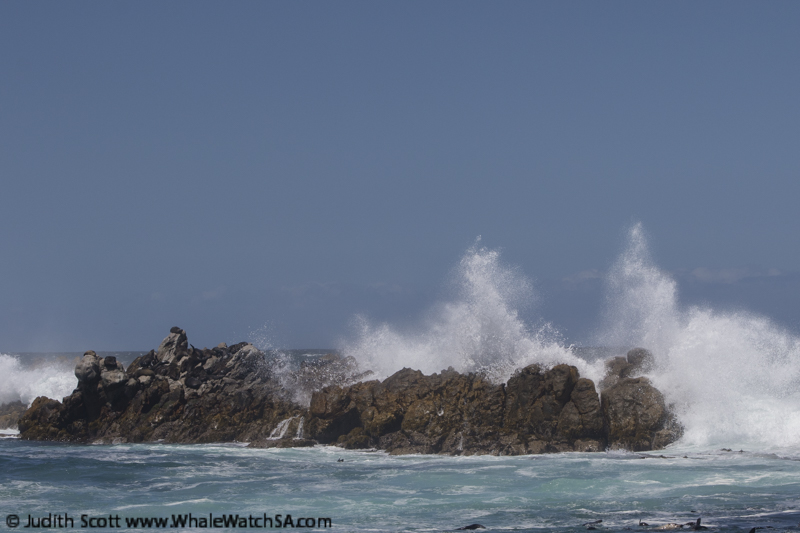 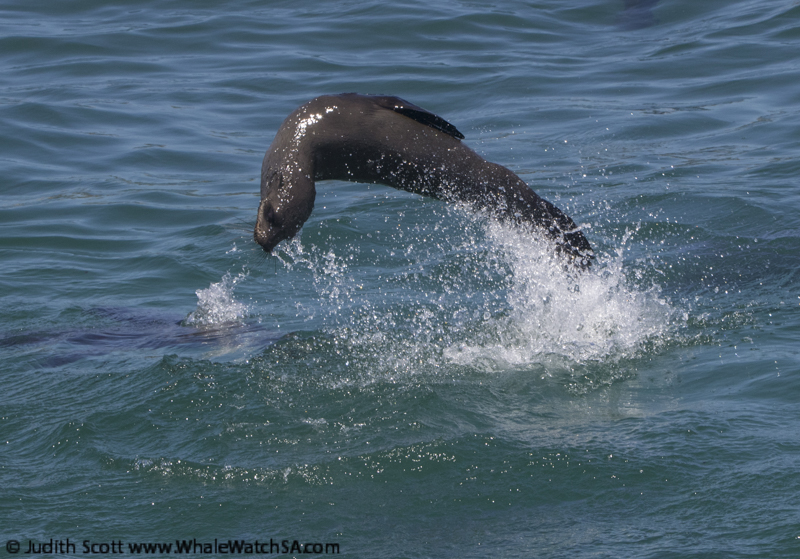 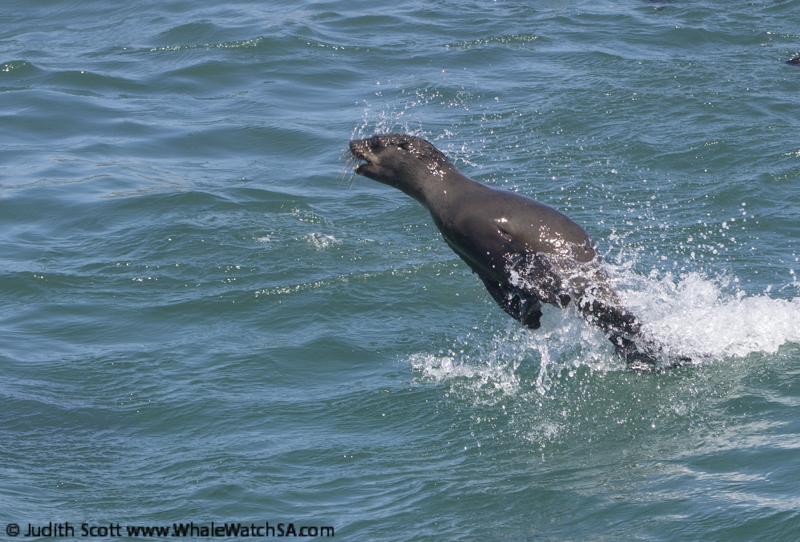 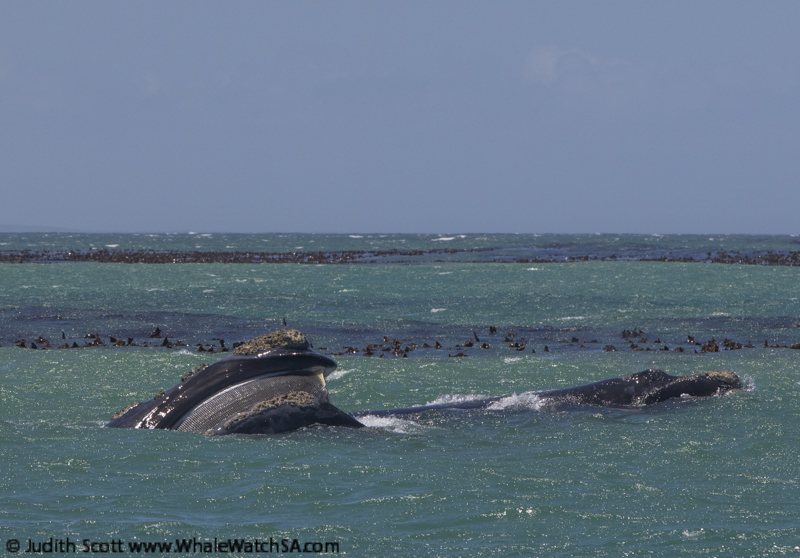 Southern right whale mother with her mouth open! You can see all the baleen plates hanging down from the upper jaw. 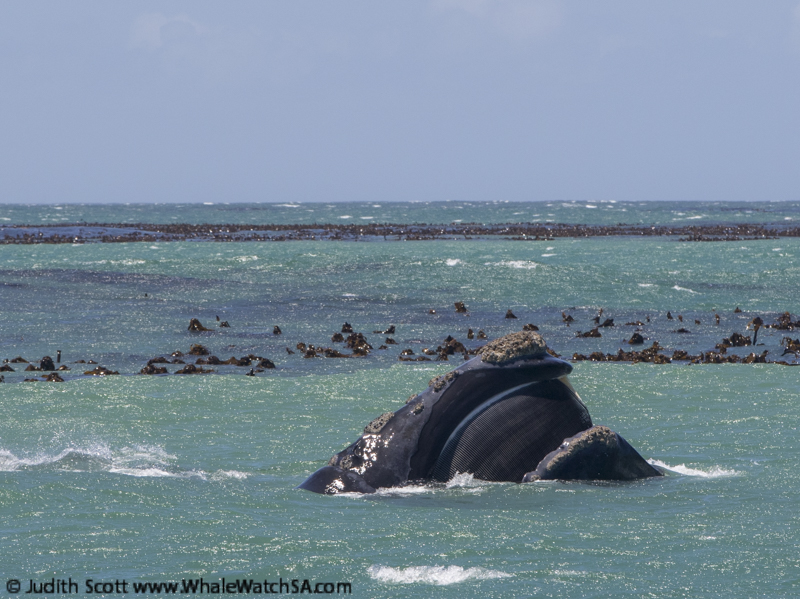 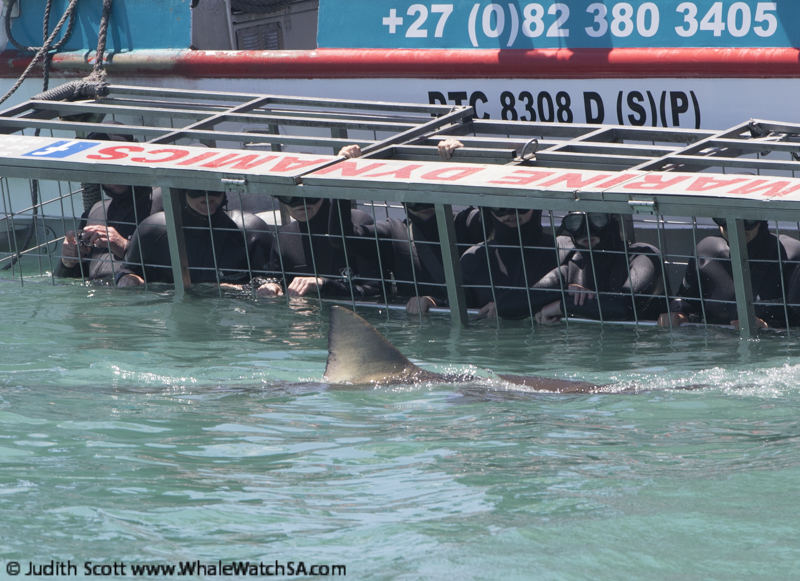 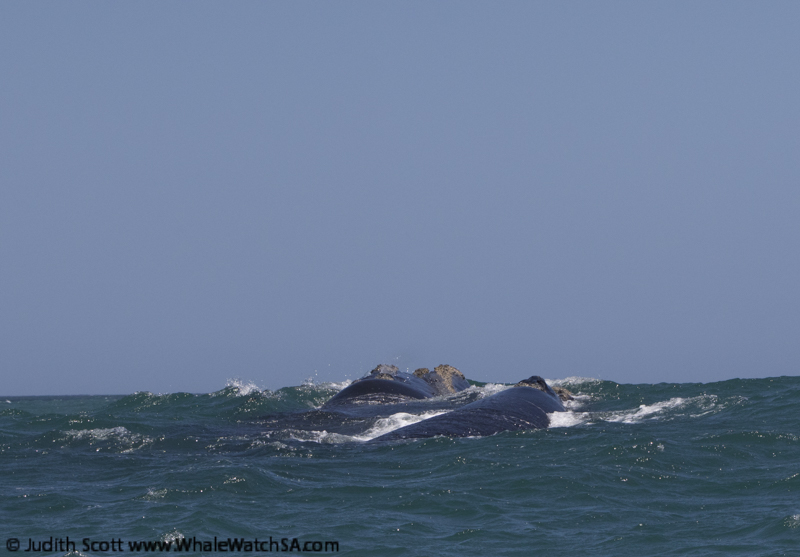 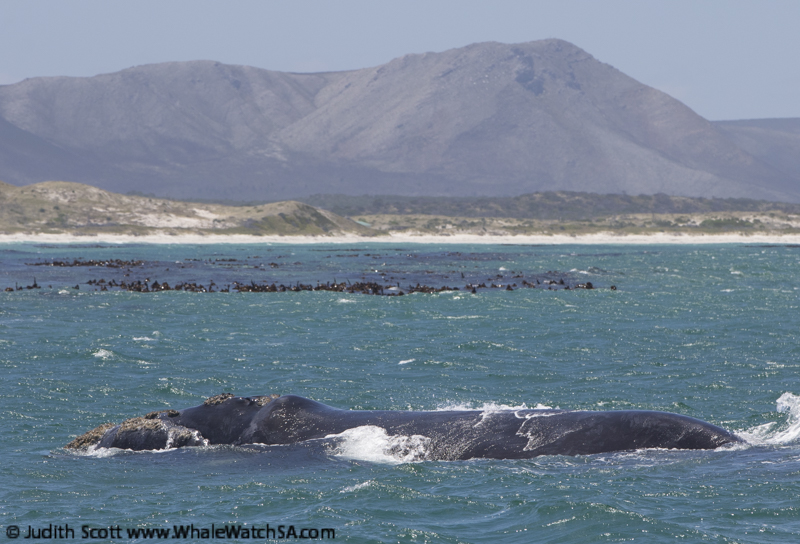 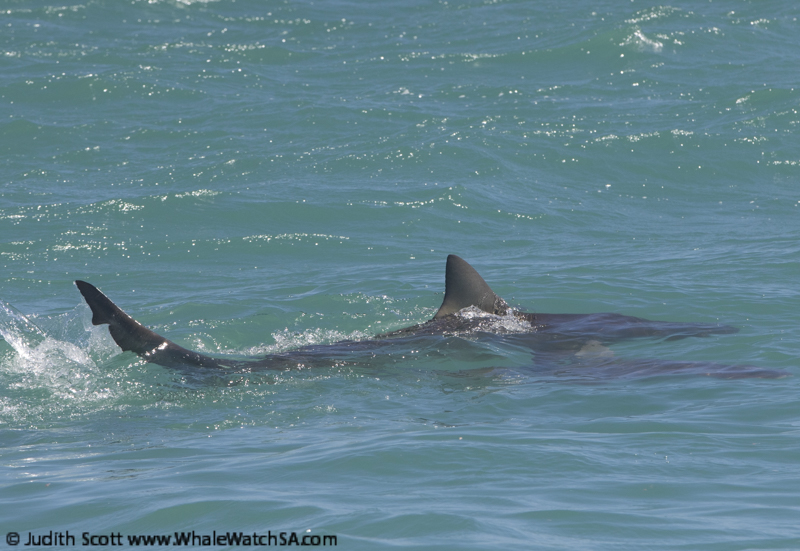 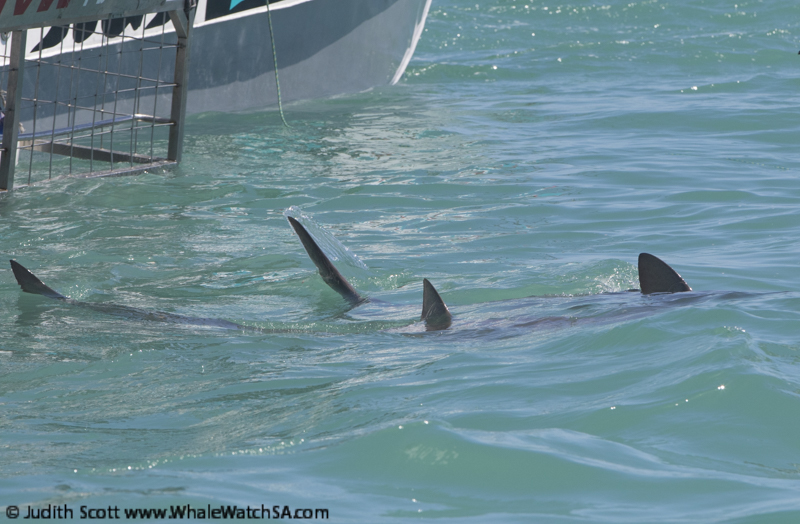 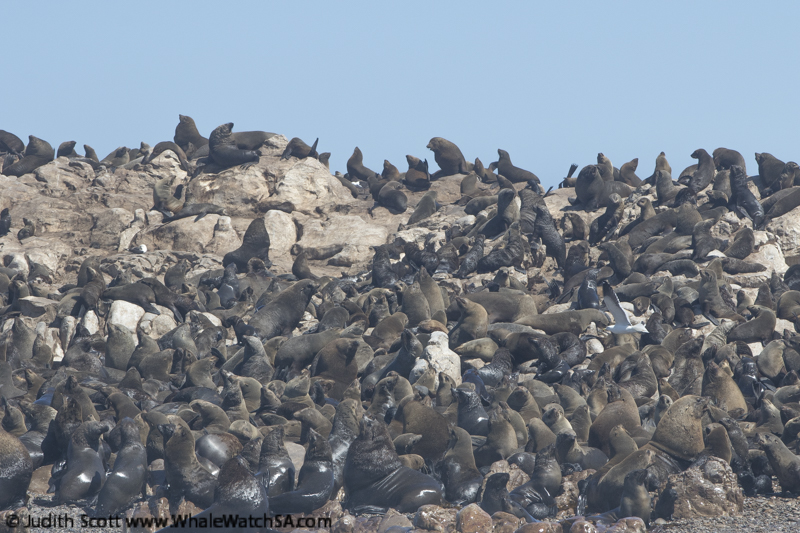 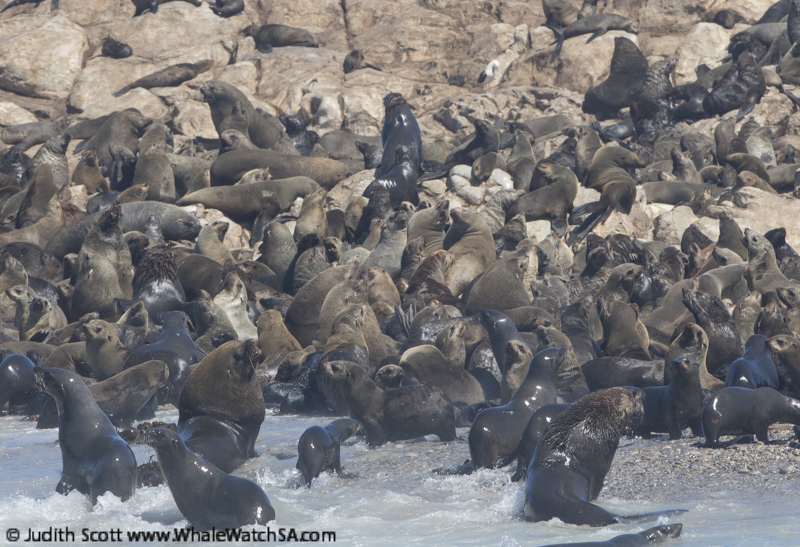 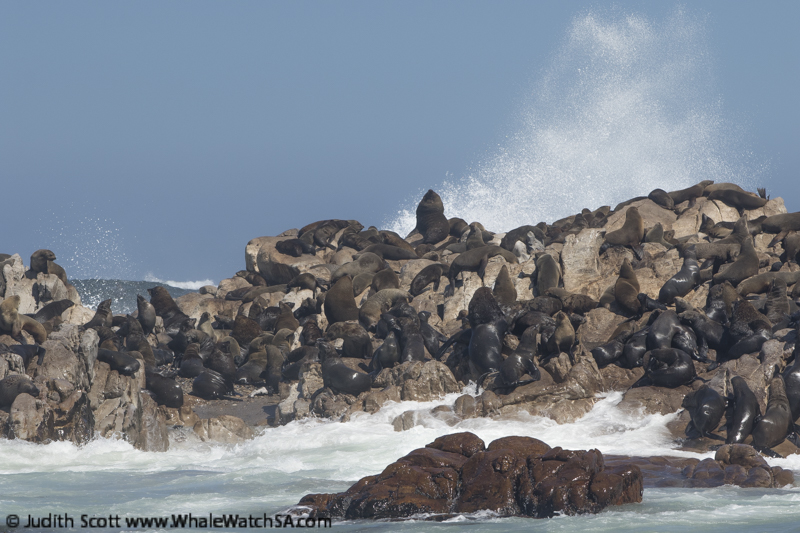