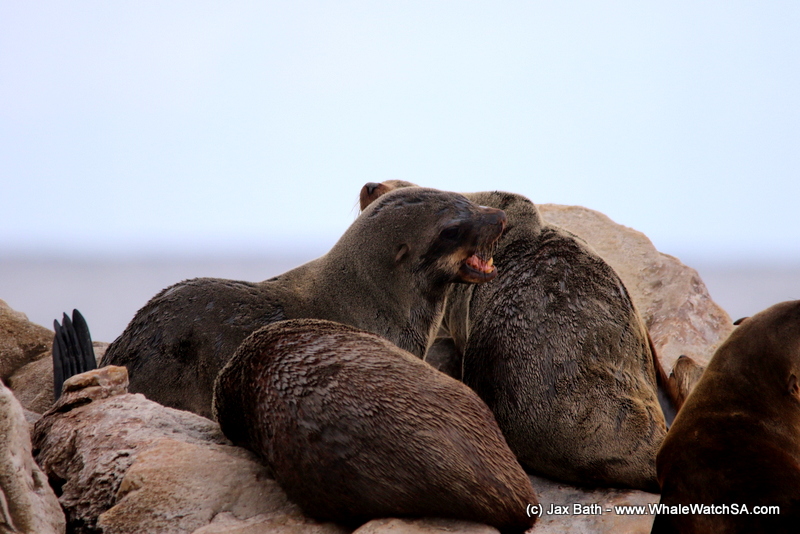 We had whales galore today, spending time with 4 different groups of Southern Right Whales. We had only one tour today and launched onto a flat sea with moody skies. We’ve had a lot of rain in the past couple of days which is great for the area, and today we were lucky enough to evade the rain up until our trip back into the harbour.

Once we had set out, we moved towards Uilenkraalsmond and spotted our first two Southern Right Whales along the way. These whales were slowly travelling along, so we stayed in the area for a bit to watch them surface a time or two. Once they had taken a deeper dive, we moved towards the estuary to do a water reading, and caught up with some more whales here. This time, we had a mom and a calf at the surface, and when we approached baby was doing some rolling around. We then travelled with them for some time, watching as they moved through the shallow water in unison. Baby started off swimming on the other side of mom but, by the time we left them, this little one was speeding ahead in front.

We then moved on towards Slashfin where we took a quick stop before spotting another cow, calf pair in the bay. This mom was huge and very distinct with a white path on her back. White blazes on the back maybe found on approximately 4.8% of adults, so it’s really cool when we do get to see animals with these markings. We watched this pair for around 10 minutes before travelling over The Clyde reef system.

The Clyde has an extensive system of kelp forests growing on it, and we picked up a piece to be passed around. Once we had made our way over The Clyde, we caught up with some more whales. W had at least 3 groups of Southern Rights here and we decided to go and check out a mating group. This group did a bit of rolling around and we got some flipper action before heading on towards Dyer Island.

We cruised into Sponge Bay where we got to see a few African Penguins sitting on top of the white boulders, as well as a couple of cheeky animals who made their way down to the water for a swim.

Shark alley was the final stop of the day where we went in for a closer look at our seal colony. Cape Fur Seals are the only residential seal species off the coast of South Africa and are most often found in large colonies just like our guys living on Geyser Rock. These seals were a bit fluffed up due to the rain, and we got some really close views at Hospital Rock where we were able to get a bit closer.

On the way back in, it started to rain so we traveled straight back to the harbour where piping hot soup and heaters were waiting to warm us. 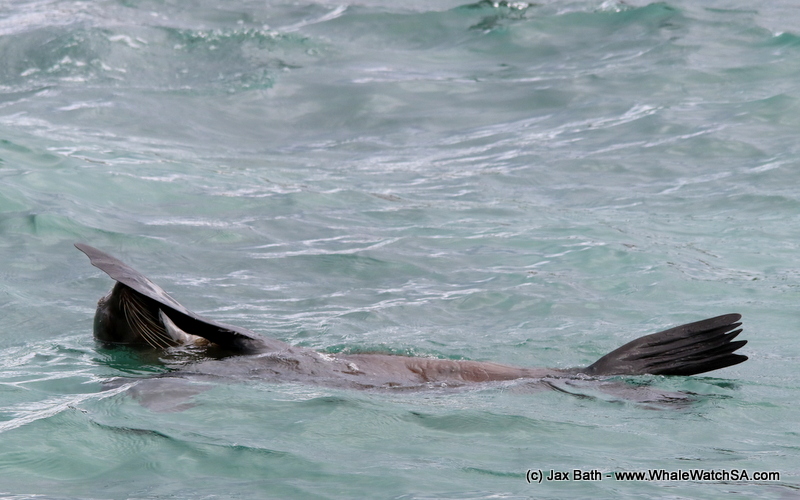 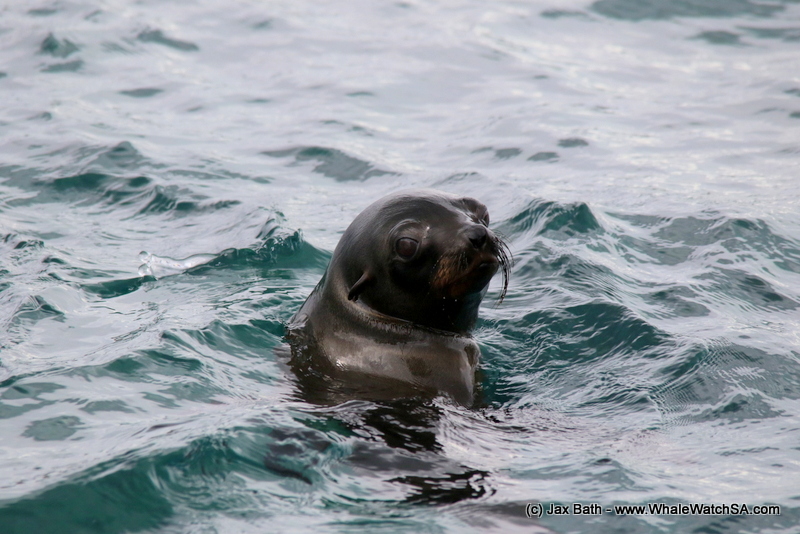 A pup giving us a once over. 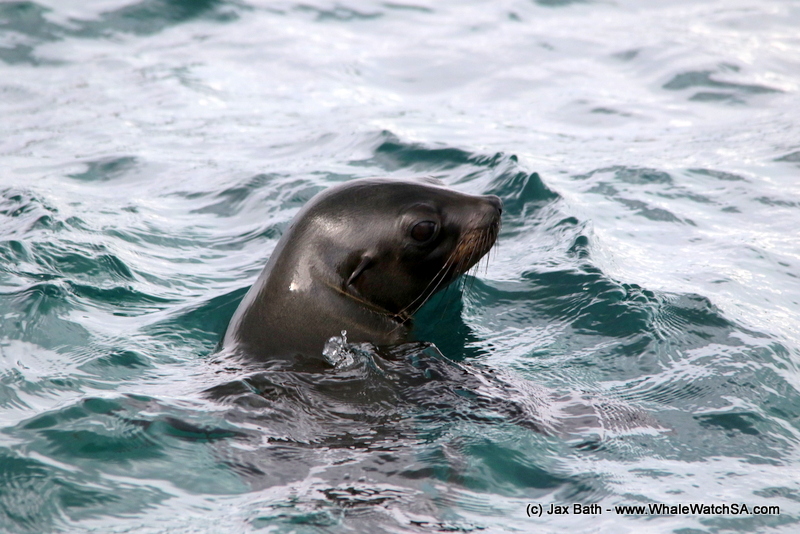 A dramatic side profile of an ocean Labrador. 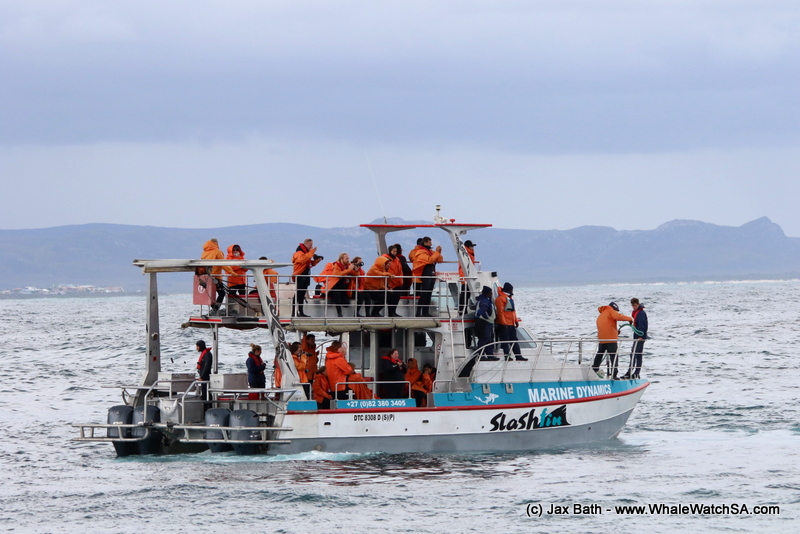 Slashfin hanging out in Shark Alley. The boat was named after an impressive male White Shark who frequented the same area. 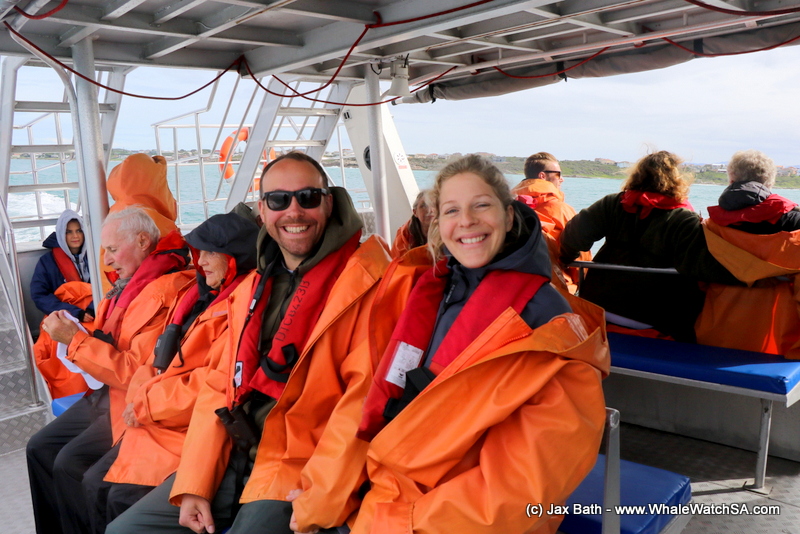 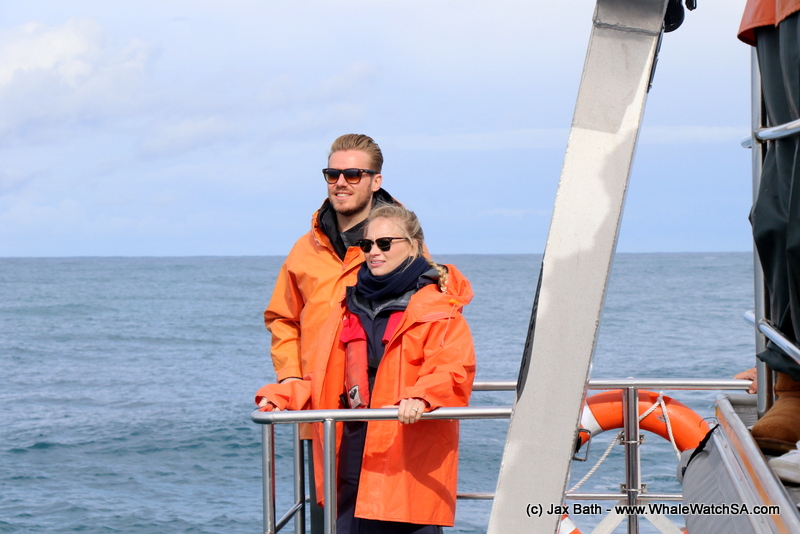 Checking out the mom and the calf. 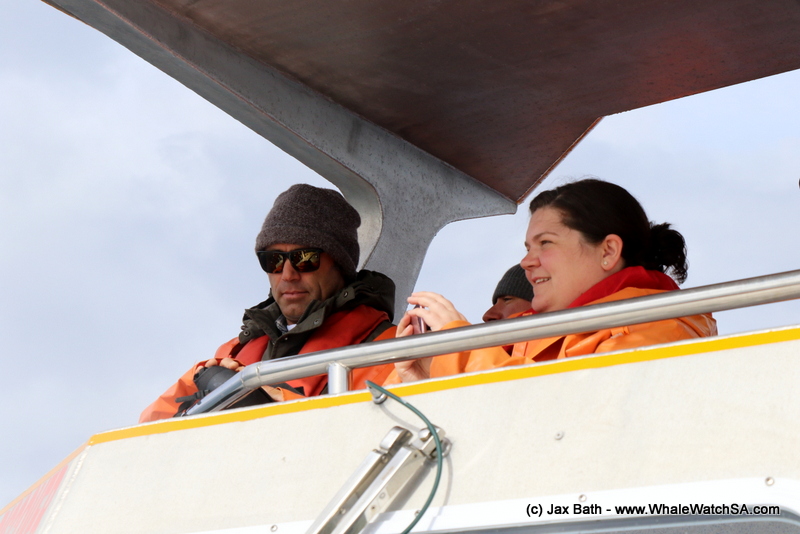 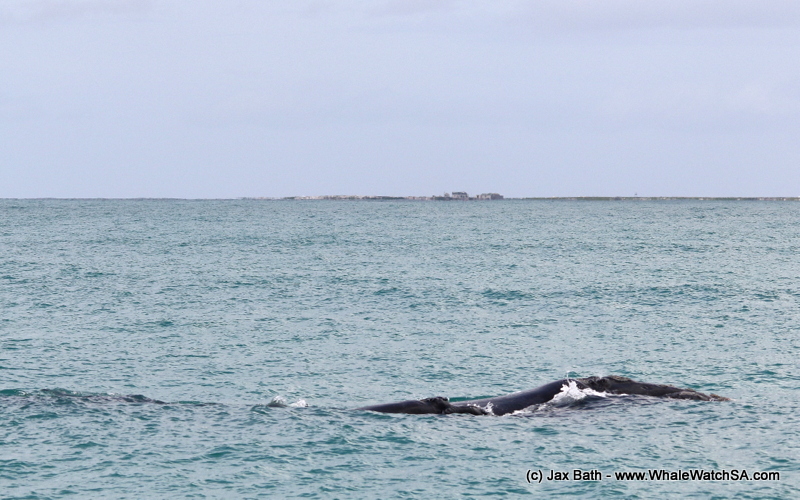 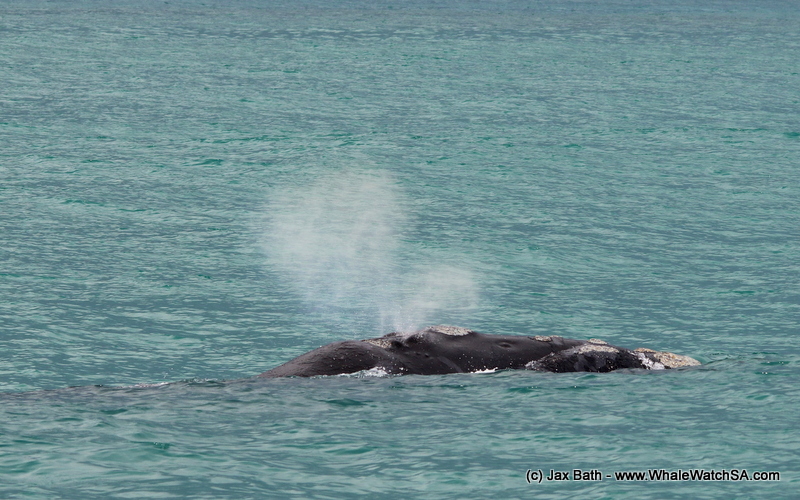 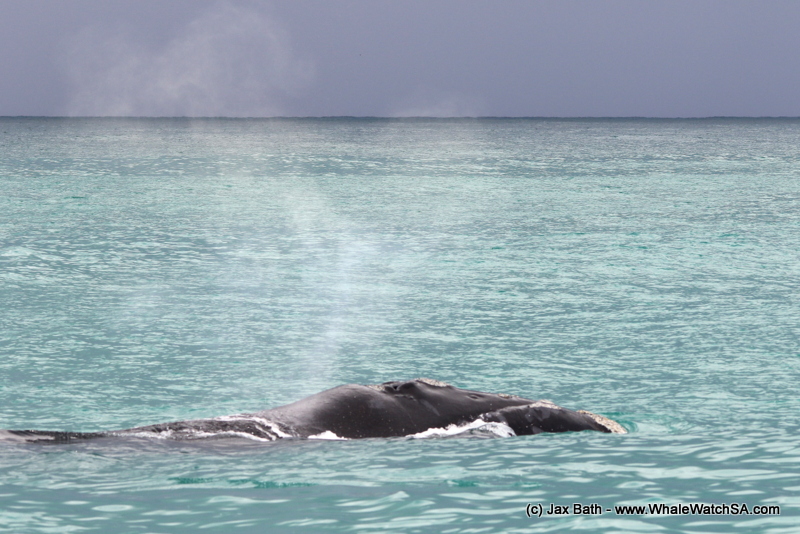 A whale with a moody background.

A Kelp Gull staying in the vicinity of Slashfin. 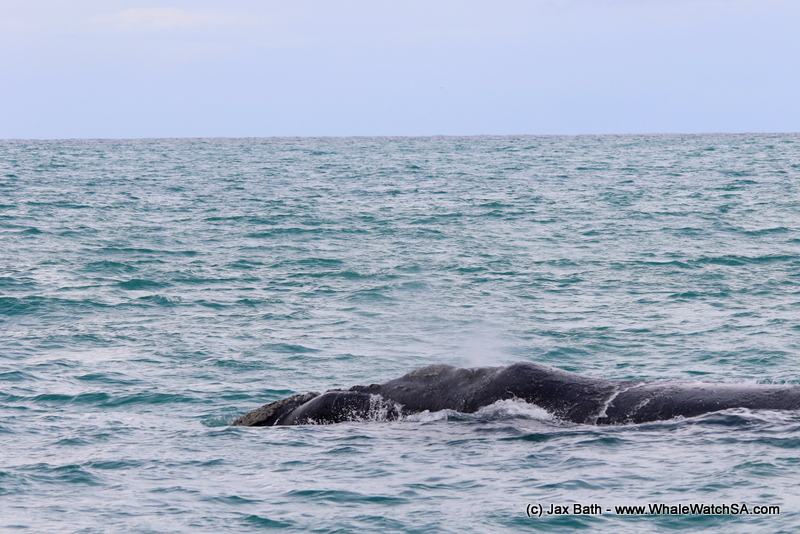 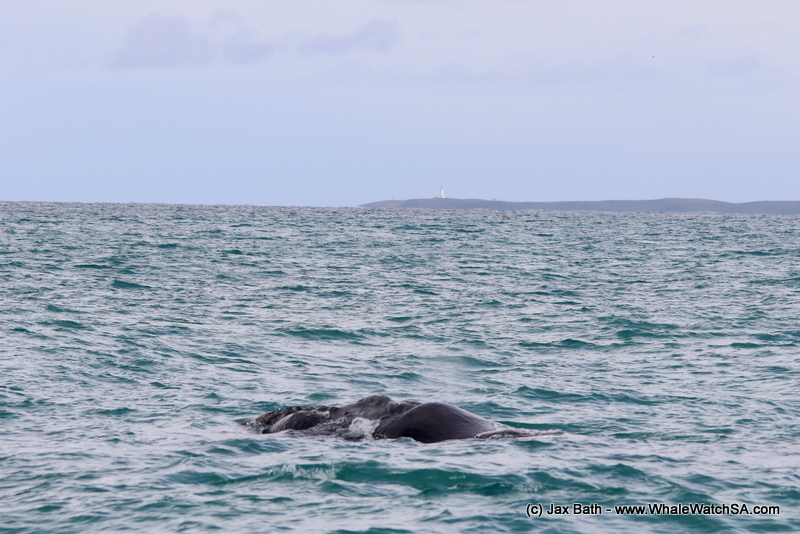 A whale with Danger Point behind it. The lighthouse was set up in 1895. 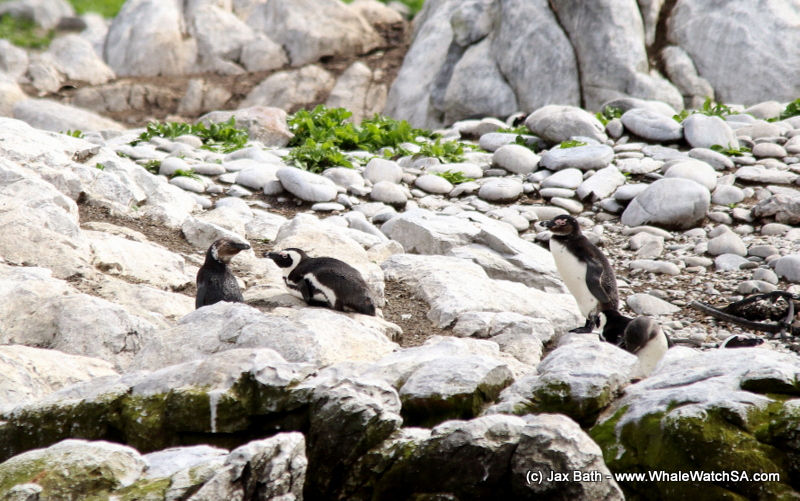 African Penguins, including some almost adults in Sponge Bay. 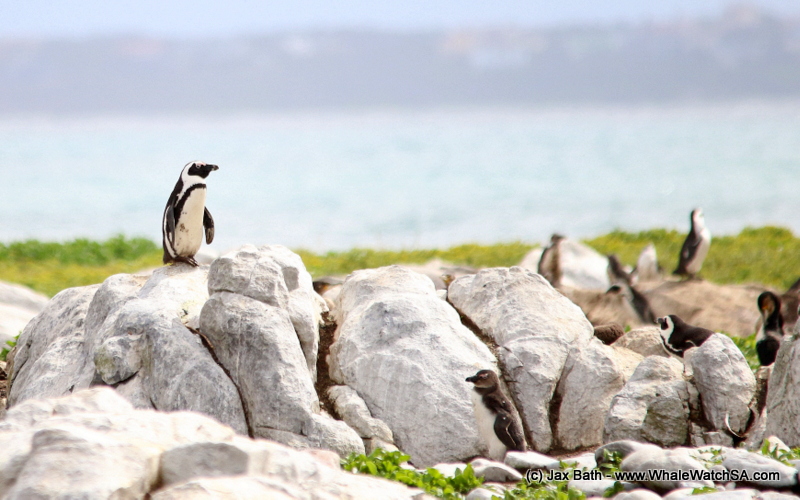 An African Penguin sitting on a gauno covered boulder.

A Cape Fur Seal gets cheeky with another seal. 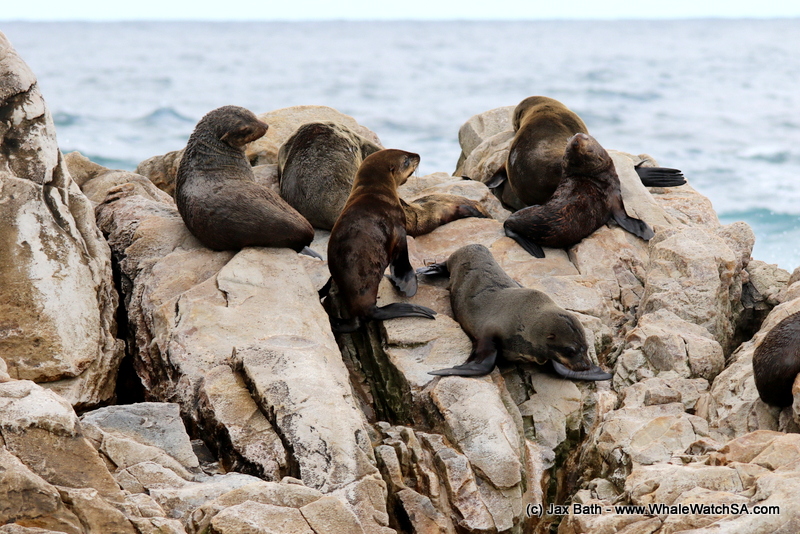