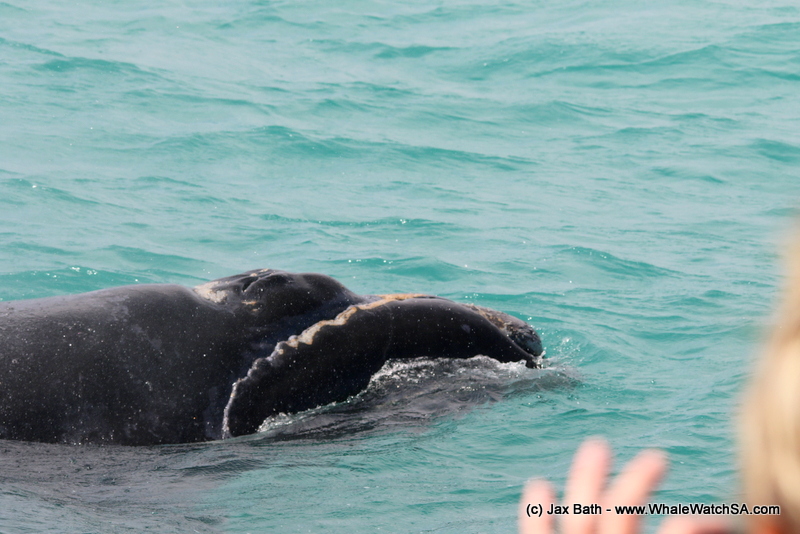 We had a late first launch today, heading out just after noon and making our way in the direction of Quoin Point. The wind was blowing from the east today so although there was a light breeze, the sea was stunning and flat.

The first whales that we caught up with was a pair of Southern Rights. This was a mom calf pair and they were hanging around in our bay. We got to see the baby investigate some kelp before we head on over to Pearly Beach where we found even more Southern Rights close to shore. We’re starting to see mating groups and moms and calves hanging in the same vicinity, so there really is a lot going on in each sighting. We spent some time observing the Southern Rights here before moving on towards our island systems.

At the island, we got to watch our Cape Fur Seal colony and we were also treated to their rather pungent smell. This is however not due to the seals alone but also due to the stagnant pools of water on the island which heat up during the day. We also got to see some African Penguins in the water, which gave us 3 of the Marine Big 5.

Trip 2 had a mating group of Southern Right Whales having some fun close to shore. These whales were rolling around and we got to see the tips of the tails popping out the water as the courtship continued. The female will come back up next year to give birth to a calf, but for now she will most probably try to mate with many more males before making the long migration back home.

After spending 20 minutes with these gorgeous giants, we travelled towards Shark Alley and cruised close to Geyser Rock, taking in the sight of extensive seal colony. It is not too much longer before we start to have the bulls moving in, with mating season – and the end of the year – almost upon us.

We spotted some African Penguins in a raft on the way around Dyer Island, and then set our course for the harbor to return just after 5. 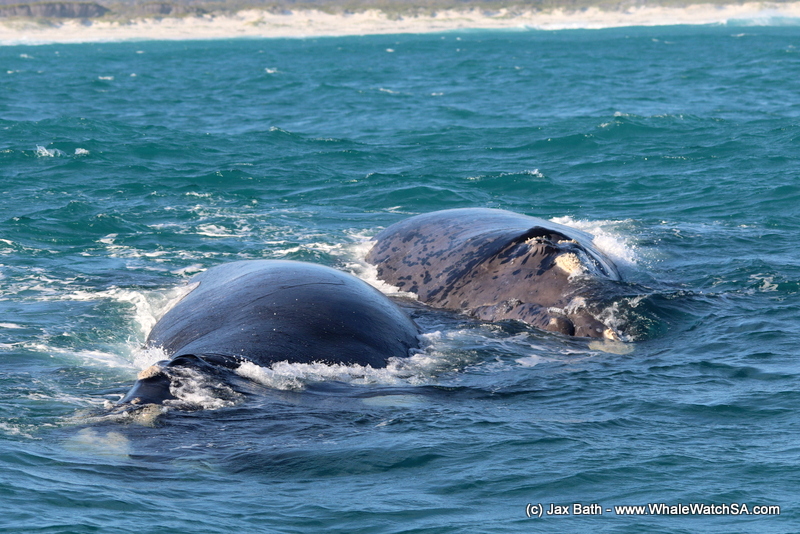 A Mating Group on Trip 2. 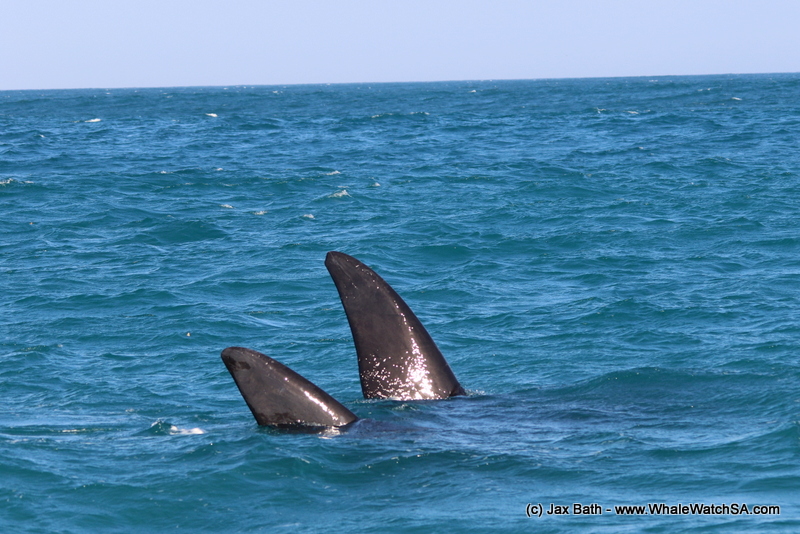 Two tails up from a mating group. 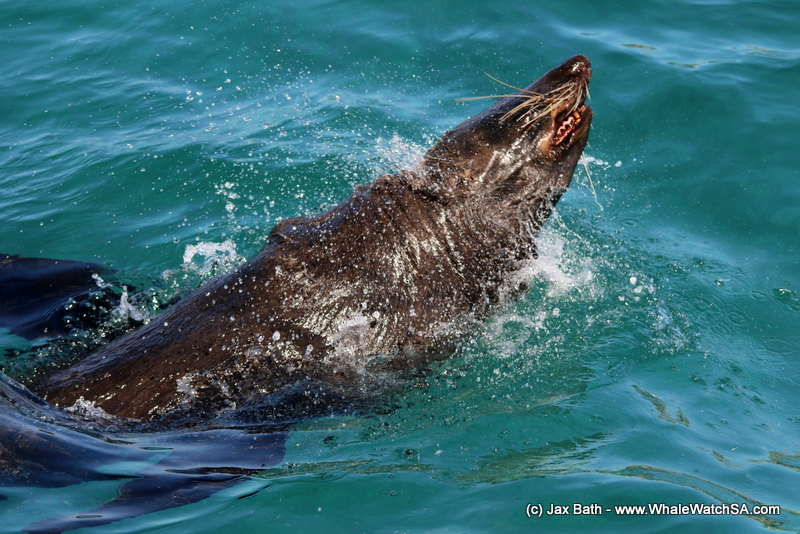 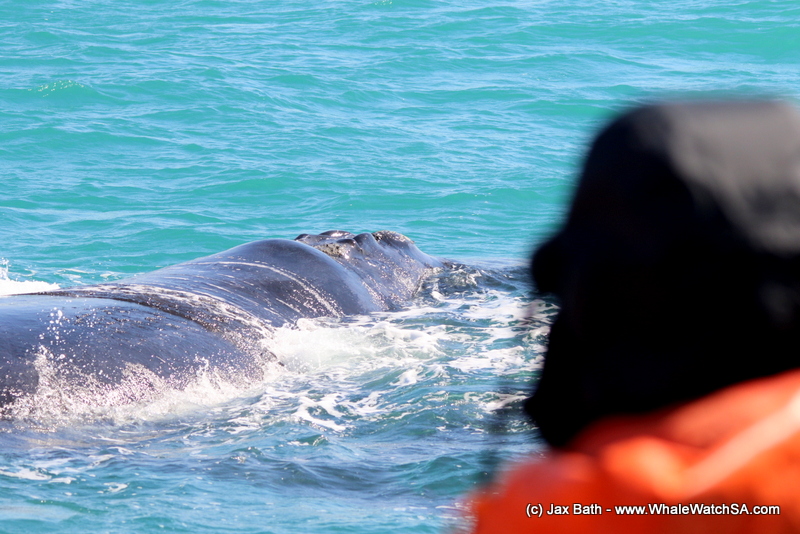 A mom keeping a watchful eye on her curious calf. 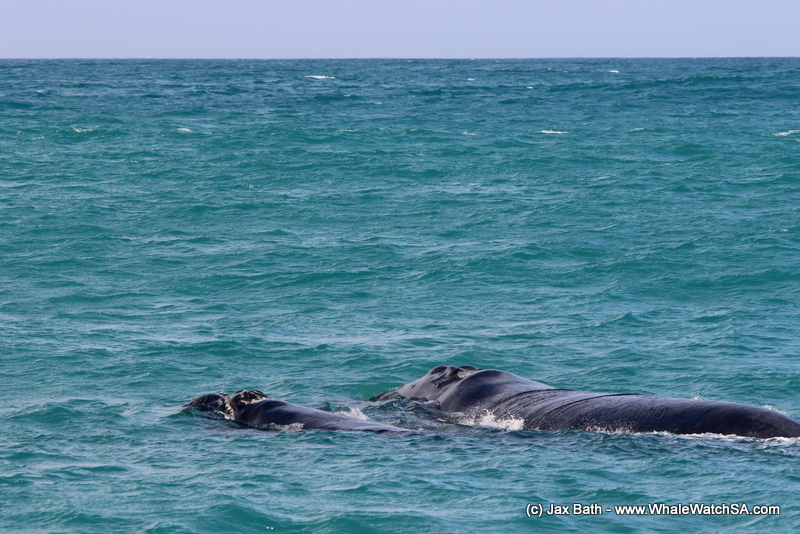 A calf coming in for a closer look. We had a few cow calf pairs over at Pearly Beach in the morning. 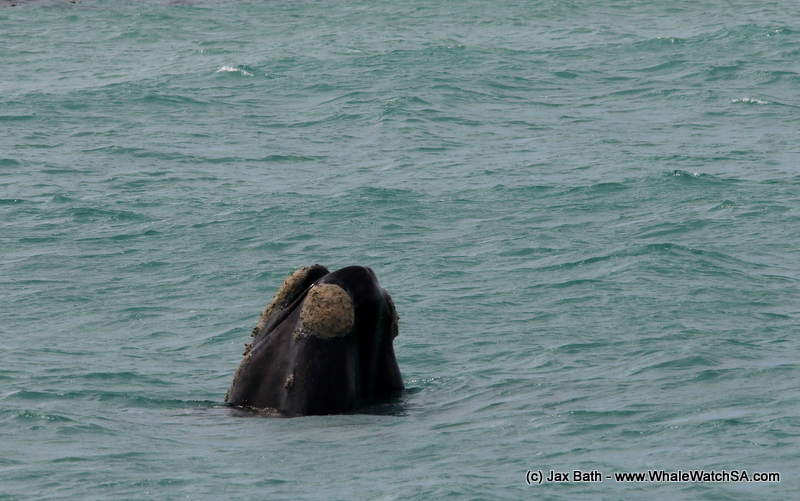 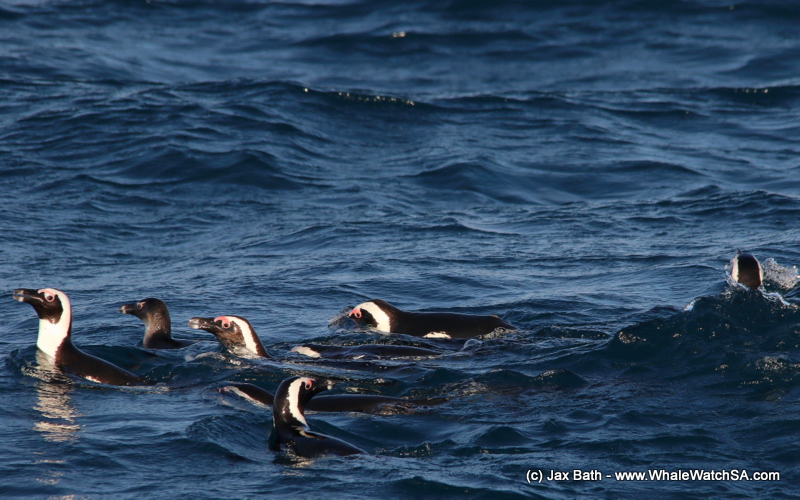 African Penguins on their way back home. 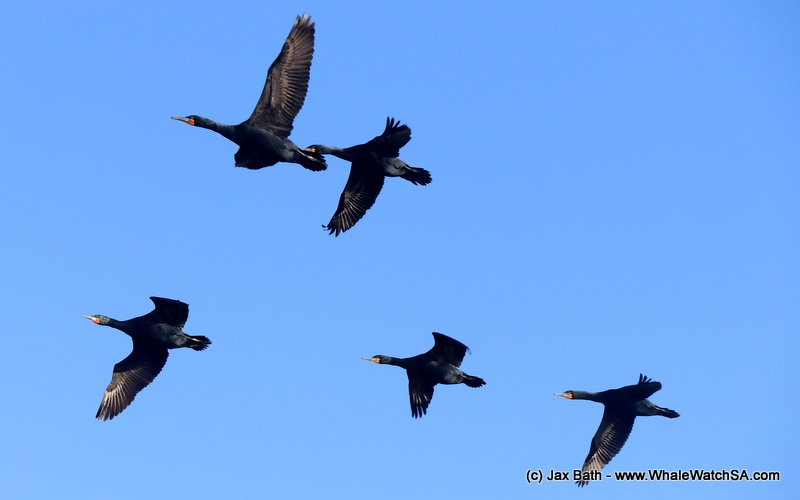 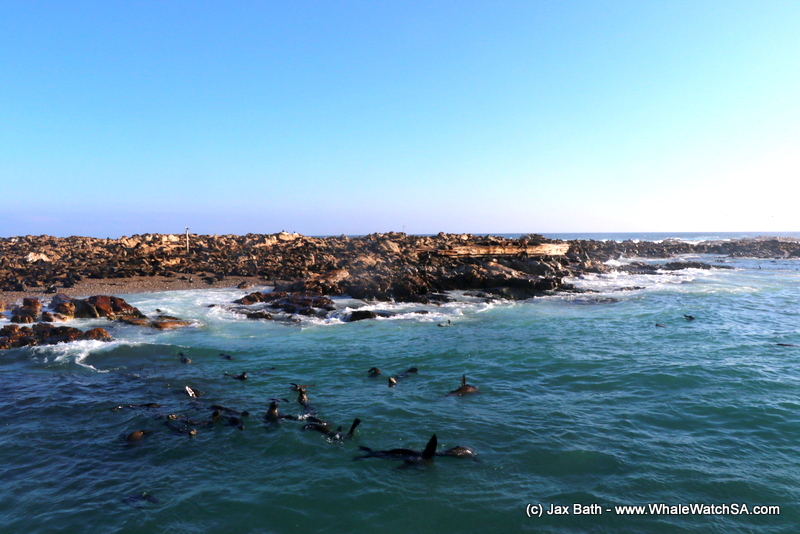 A wide angle of Geyser Rock. 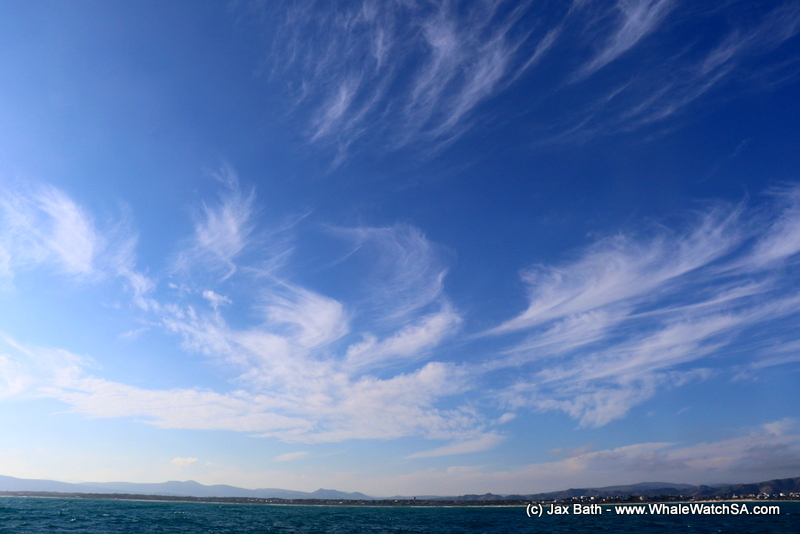 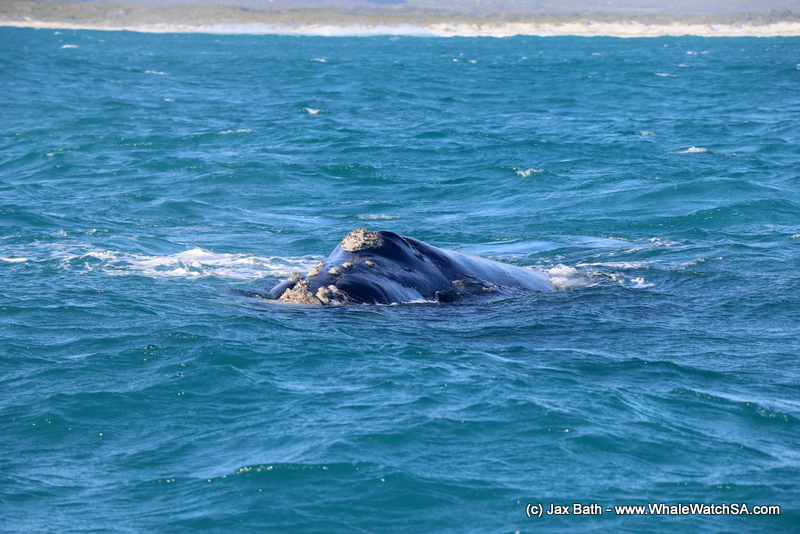 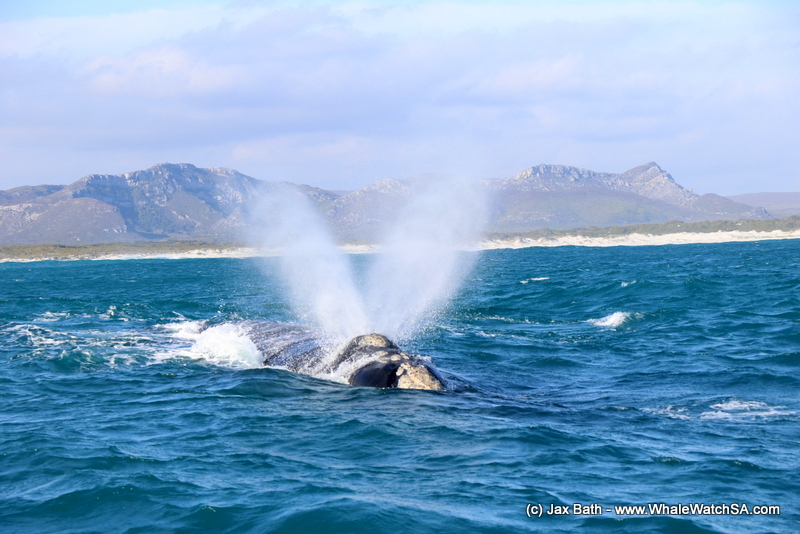 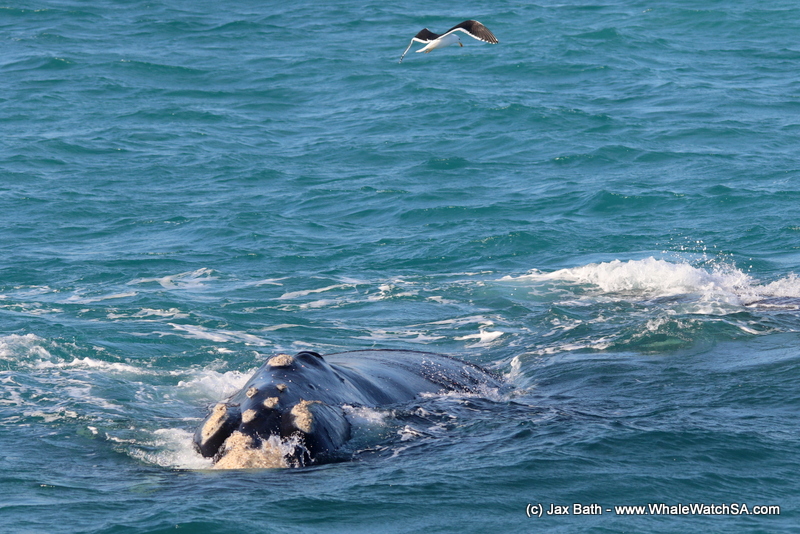