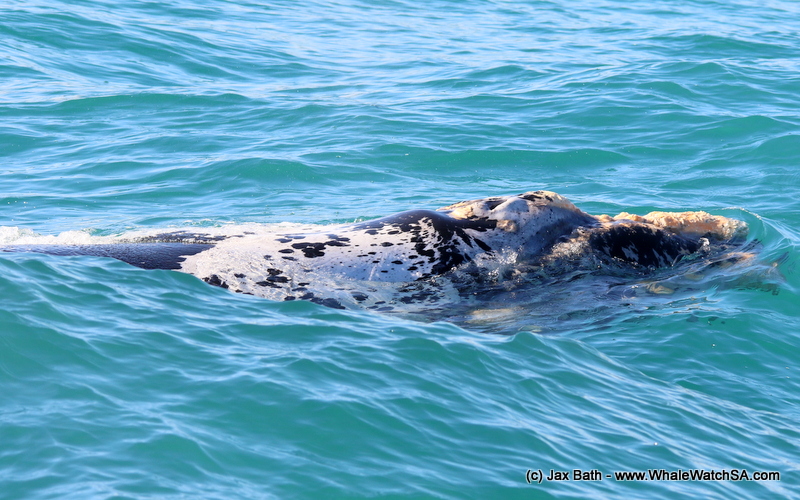 What a remarkable day! We spent our time with some Southern Right Whales, African Penguins, Seals and many seabirds! There was a little swell running today, which made for an adventurous ride out and about in the bay.

Our first our had a slightly later launch, with us leaving the harbor at noon and setting out course straight towards The Clyde reef system in the hopes of spotting a whale or two along the way. This was a great call, for as we neared the reef, we spotted our first spout of the day. To our delight, we had happened upon a Southern Right Whale and we also got a little more than what we bargained for when a calf popped up next to mom.

There are few things in this world that can match the cuteness level of a whale calf, and this little one was a real show off! When we first arrived, these animals were slowly travelling along but, as we moved with them, the little one seemed to take quite a liking to us. Baby began to show off, rolling on it’s side and exposing its teeny tiny pectoral flippers as it fooled around in the swell. This little one also gave us a spy hop or two, which allowed us to get a close look at his face. This baby was covered in whale lice, with what looked like a beard on the bottom of his face. We also got to see some lice on its tail, which was a super interesting sight.

Once we could no longer take the cuteness, we made our way towards Dyer Island, spotting a relaxed raft of African Penguins along the way. These birds gave us a good few looks before disappearing below. We stopped at the Cape Fur Seals next before heading on back to the harbor. Our last stop was with a bait ball of schooling fish who were travelling below the surface. These fish were being mobbed by Penguins and Swift Terns a like before taking a deeper dive.

We began trip two with another mom and calf pair, although this time we were treated to the sight of a half brindle Southern Right baby. This is most probably a little girl and my oh my was she gorgeous! We found her and her mom on the other side of The Clyde, and due to her size we figured she must have been an early baby. The absolute highlight of our time with this pair was them coming right up to the back of the boat to say high before cruising along.

In the same area, the other wildlife was plentiful! We had Box Jellyfish and Sun fish to prey on them, Portuguese Man of War by the dozen, A Cape Gannet, Sooty Shearwaters, African Penguins galore and even a Shy Albatross made an appearance, putting every other bird in flight to absolute shame with its effortless soaring. The Sunfish were also a treat to watch, with them feasting on the abundance of jellies in the water. Our final stop for the day on this tour was Geyser Rock where we gave our seal colony some TLC before heading home. 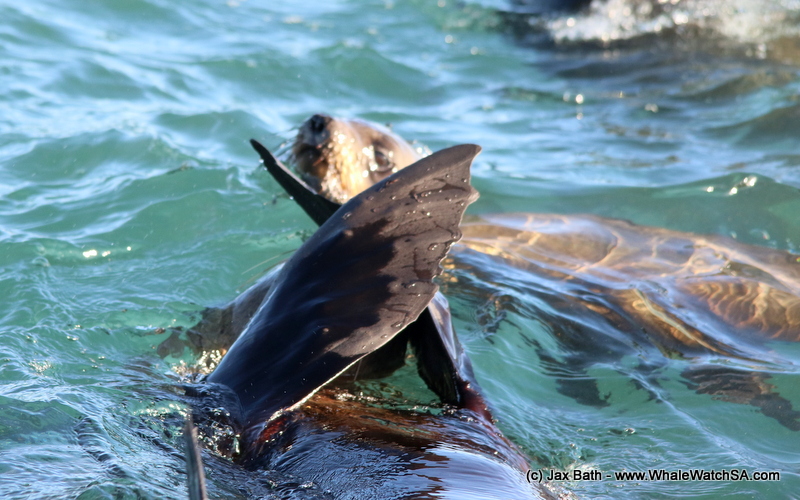 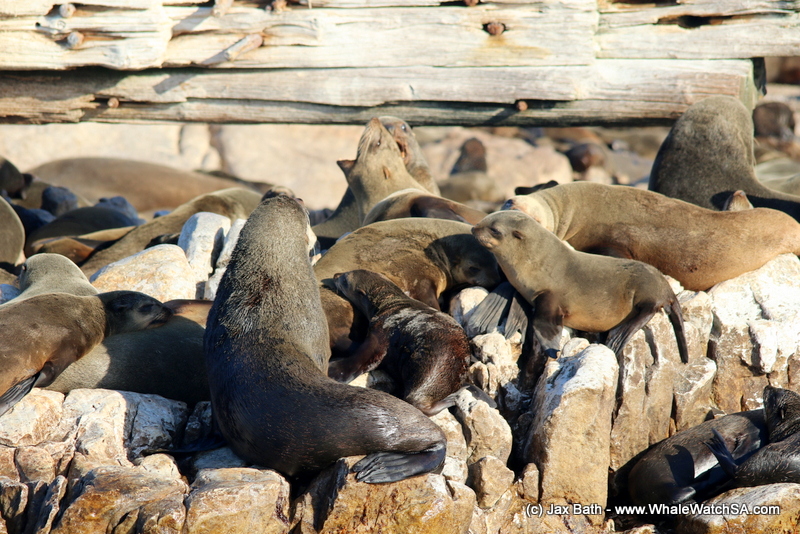 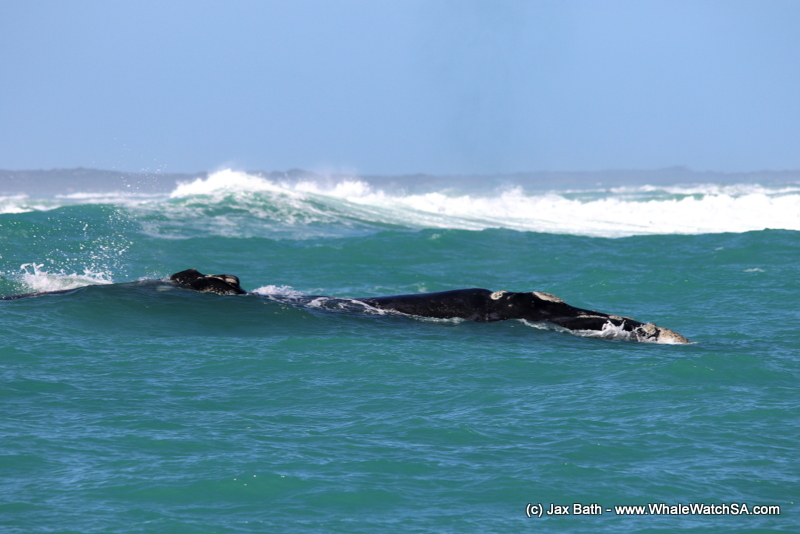 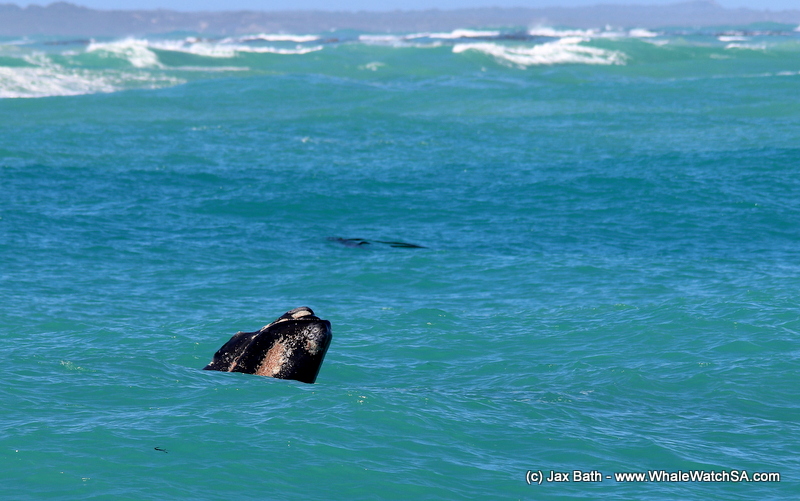 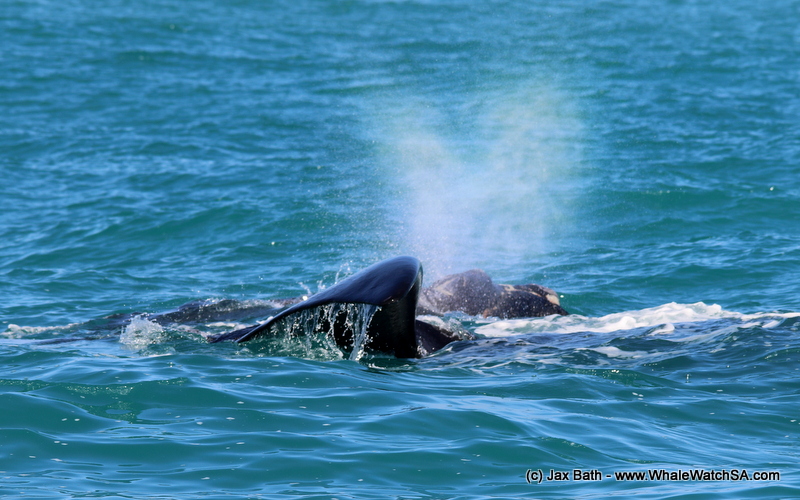 Baby and mom’s tail, pictures like this really bring home the size of these animals. 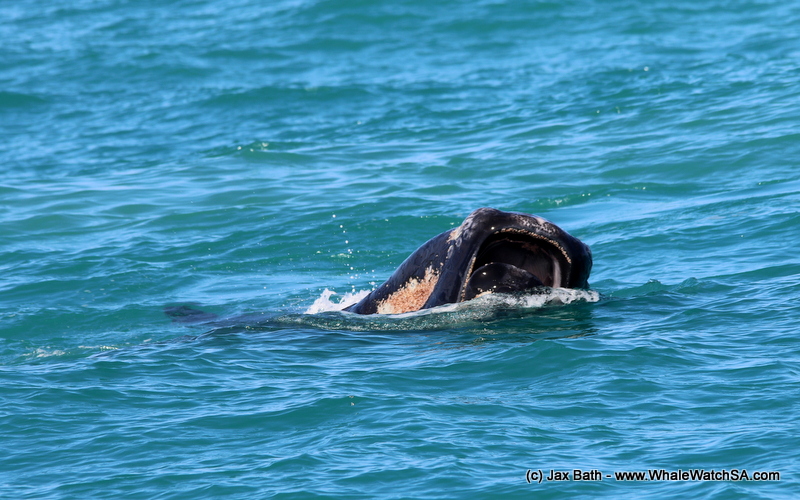 The calf opening his mouth. We don’t often get to see their mouths open , so this was super cool. The little one was having a ball rolling around and even giving us some flipper. 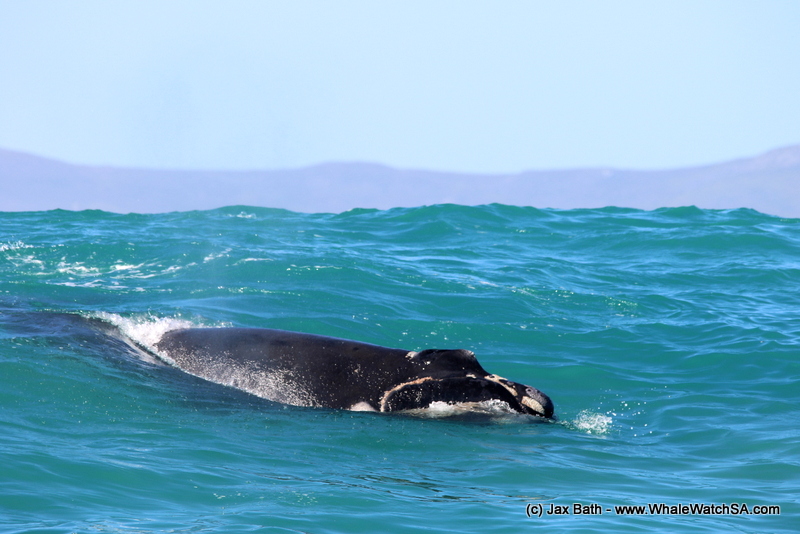 The calf in the swell. 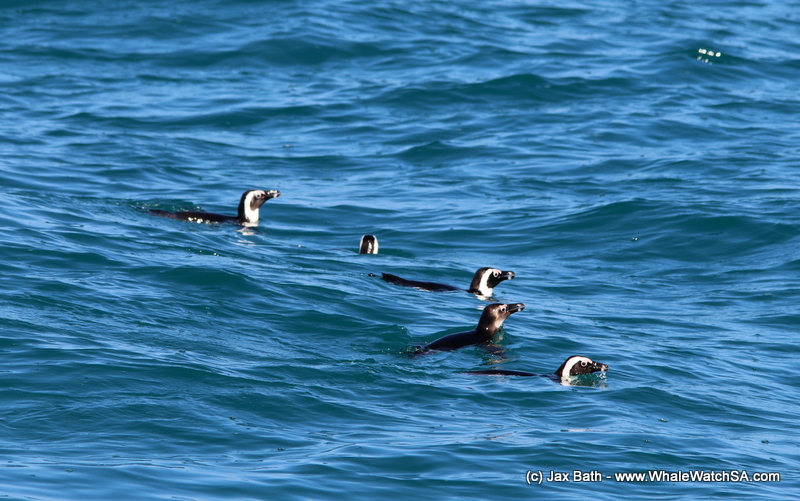 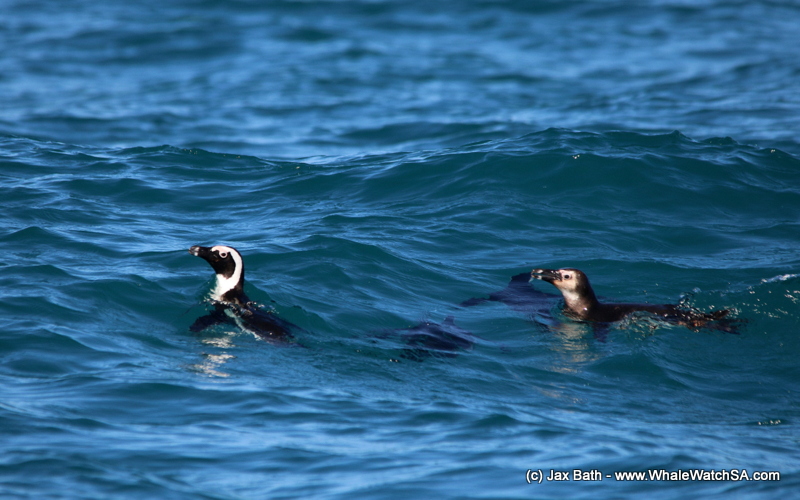 An adult and a baby blue, two penguins can also be seen below the surface. 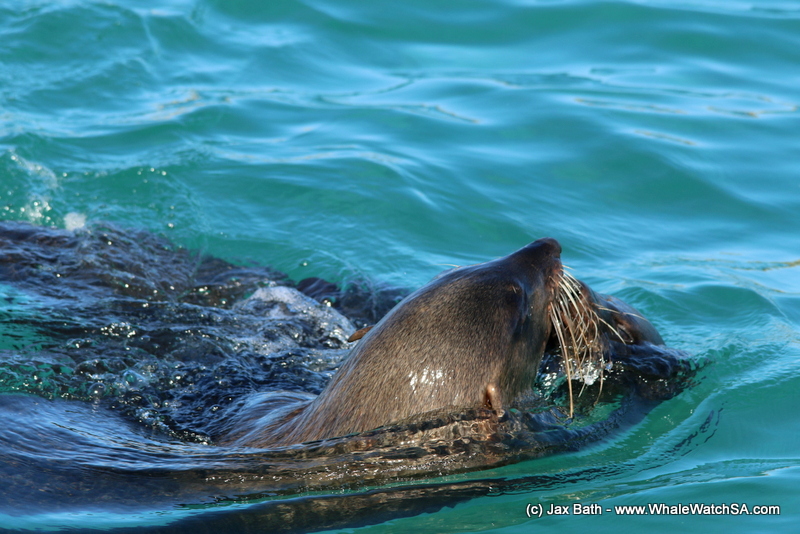 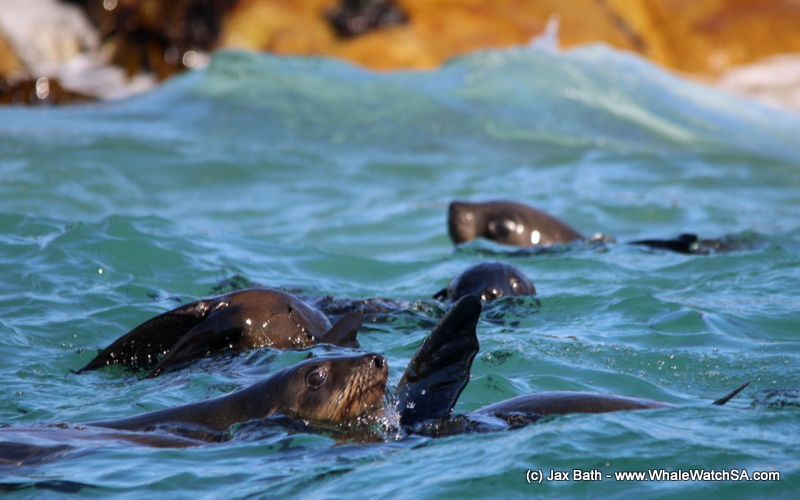 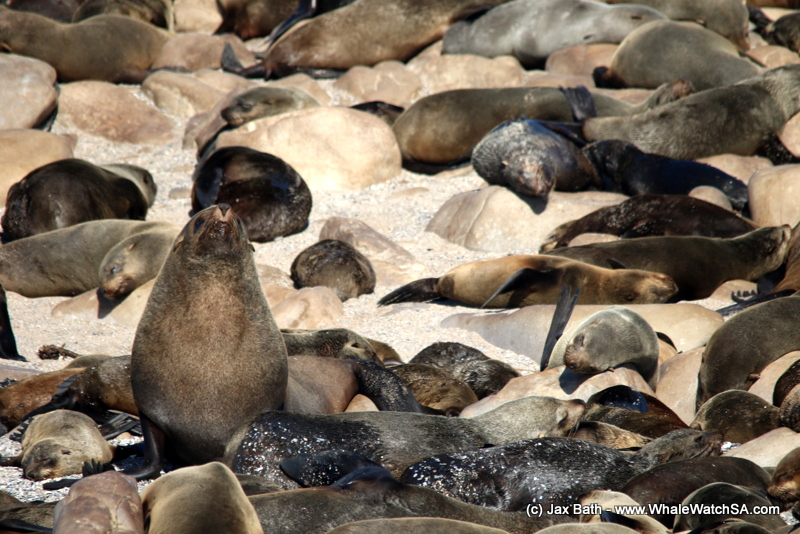 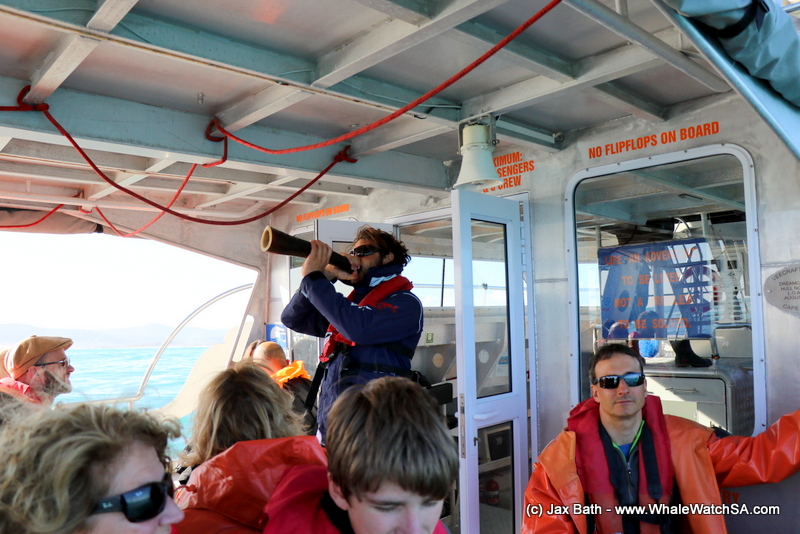 Some fun with the kelp. 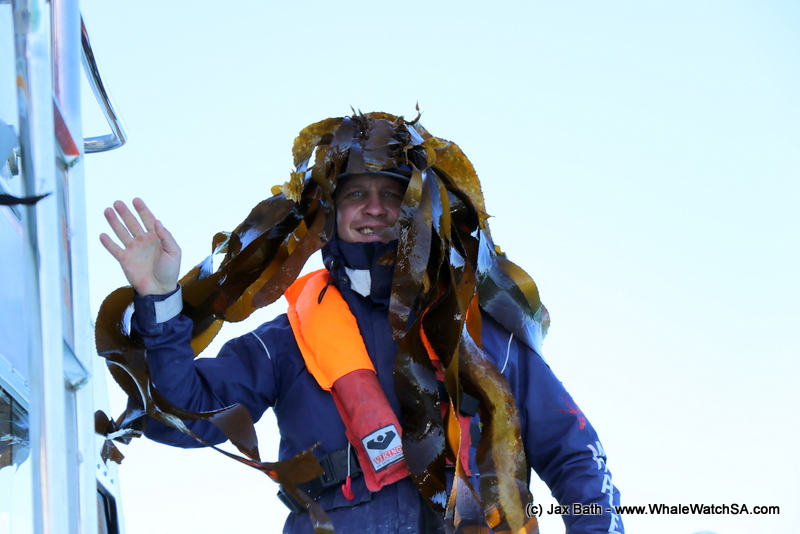 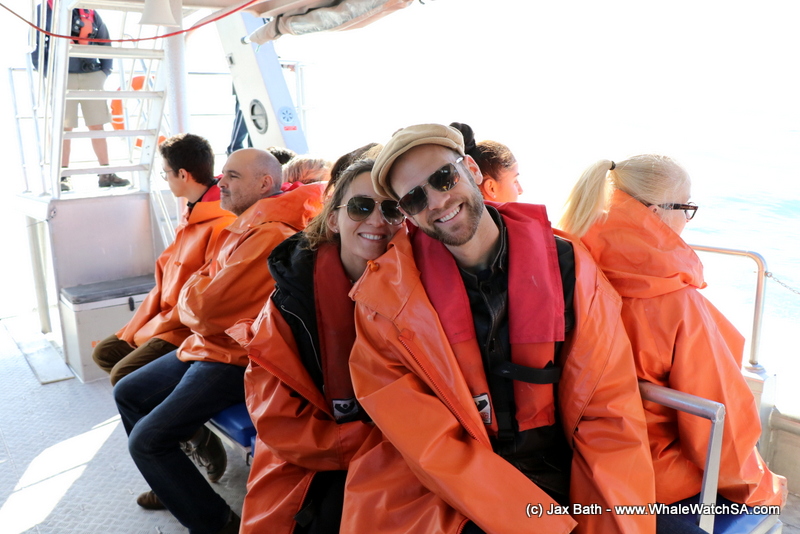 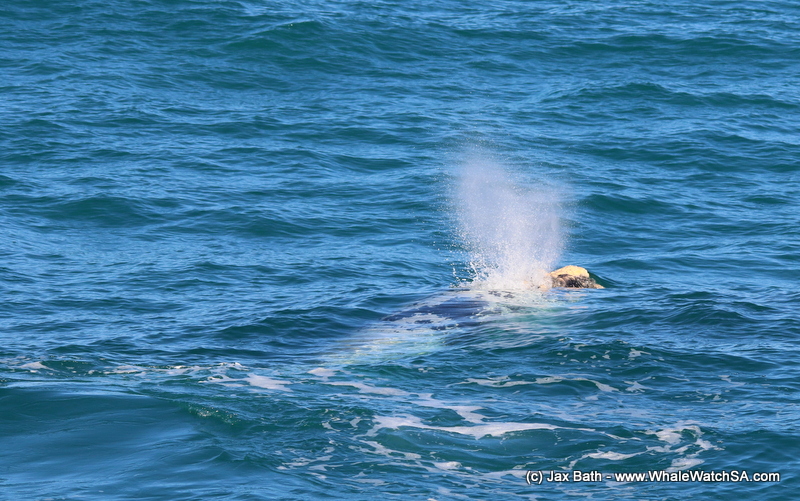 A calf breaking the surface. 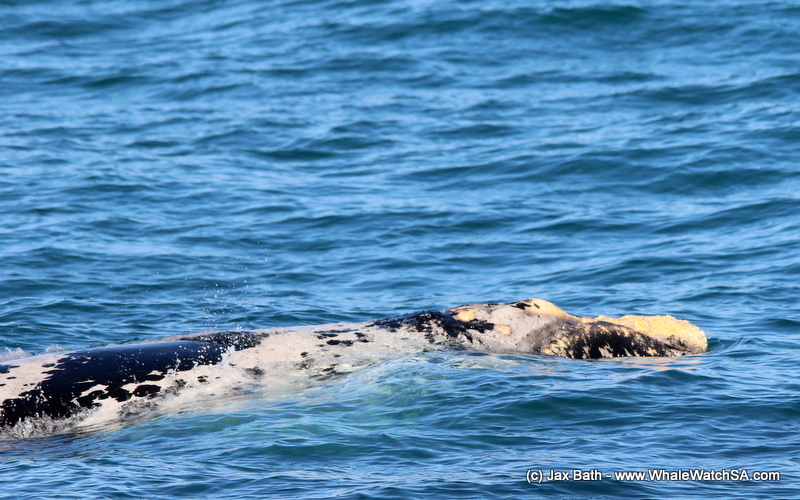 A half brindle baby.

A close up view of this gorgeous calf. 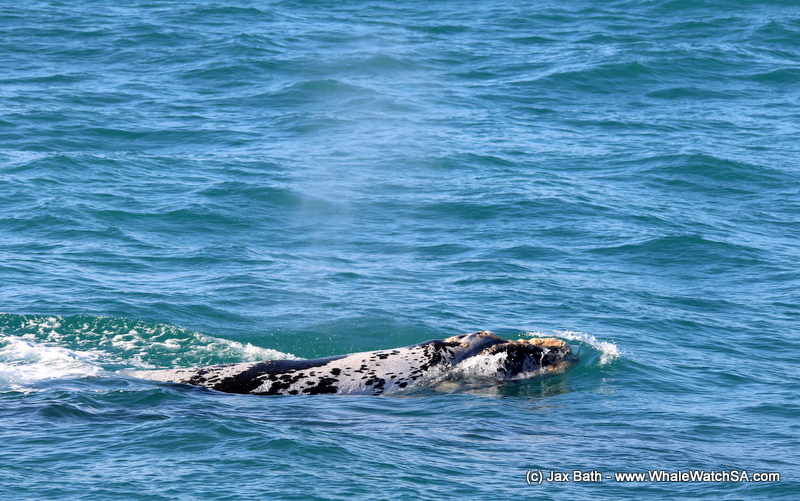 Some more views of this baby, we couldn’t get enough of her and mom. 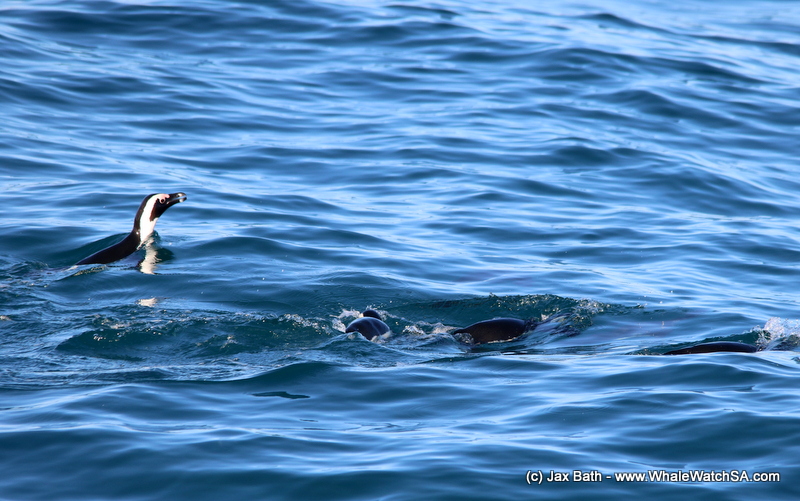 We had lots of Penguins around today, which is a great indication of fish. 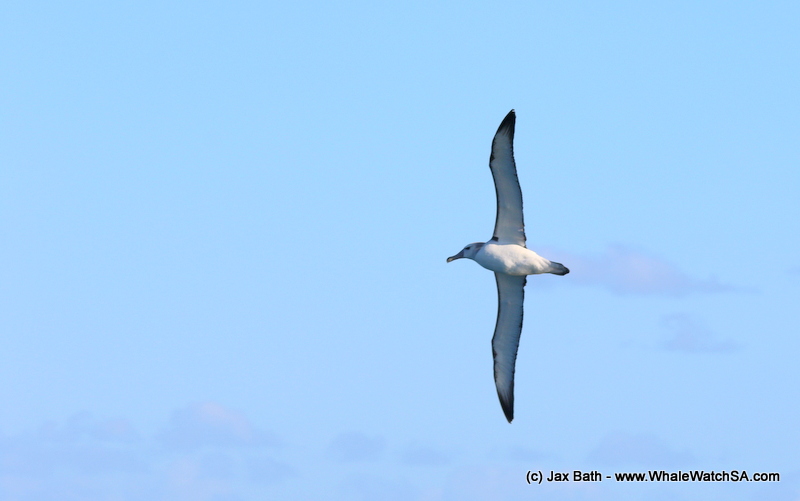 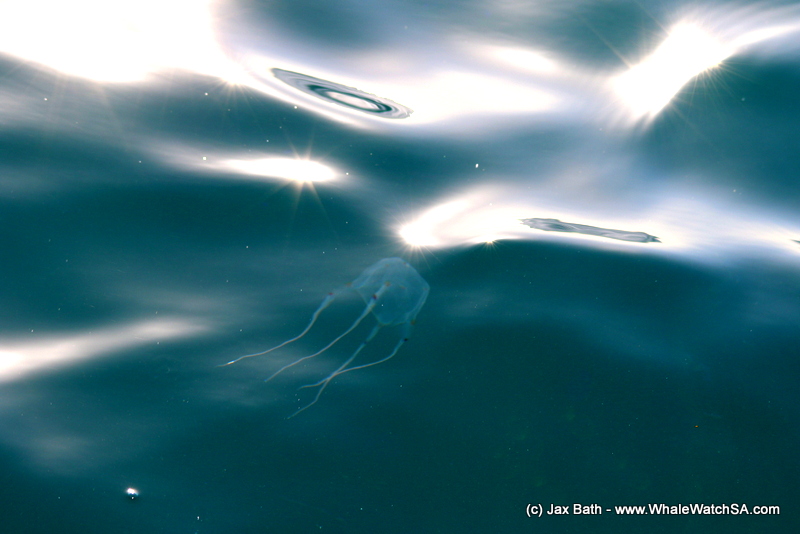 The ocean was full of Box Jellyfish today, which brought in 2 Sunfish. 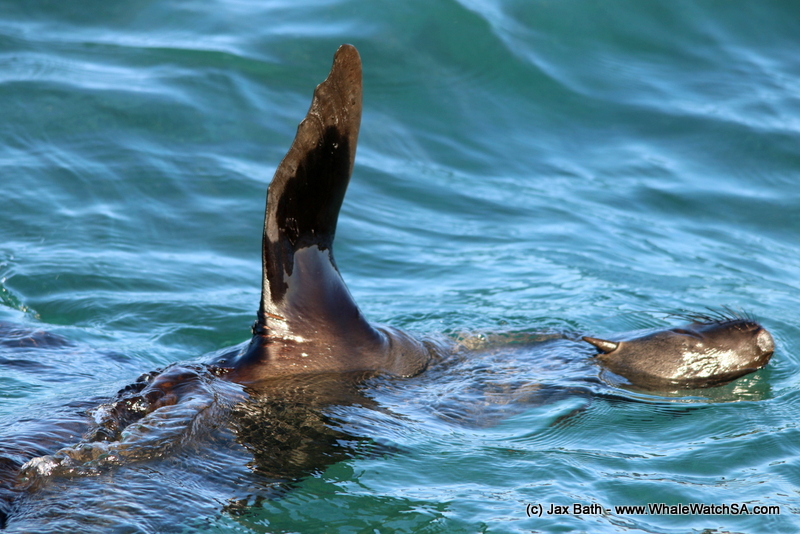 What did our clients think?

Lovely to see the whale calf, the mummy whale and the penguins. Well done to the skipper for riding the waves on the way home

Crew was amazing! There were so attentive and knew so much information.

Great and helpful crew! It was an amazing trip!