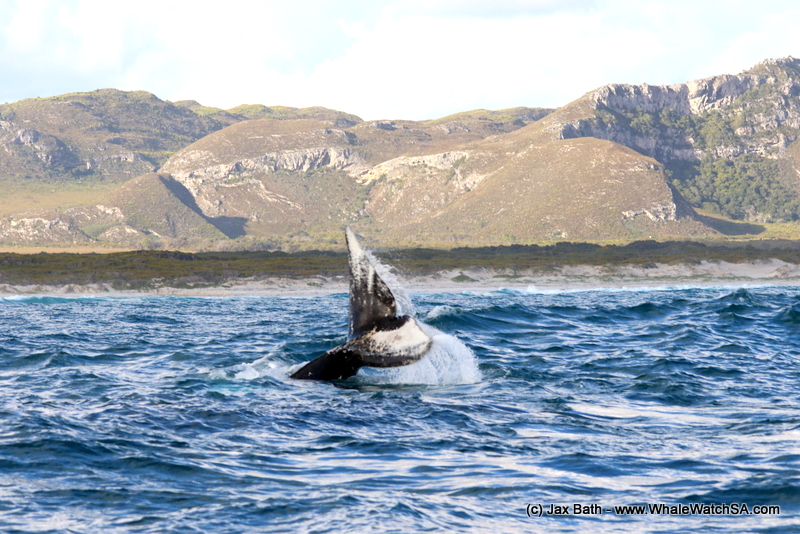 The weather in the bay has been really interesting as of late, with scattered showers which seem to last only a moment or two before the sun comes out to warm us all again. The wind has also changed and is now blowing from a Southerly direction, which sometimes adds a bit of a nip to the air. Despite it being a little chilly, these conditions make for great whale watching, with us setting out on two full tours today.

The first tour of the day launched around brunch and saw us heading towards the Uilenkraalsmond estuary. On the way, a mom and baby Southern Right Whale pair popped up so we spent a bit of time watching them in shallow water. We got to watch this pair surface a few times before we decided to move on, hugging the coast on the way to Jouberts Dam. We found our next sighting just before this area, with a lone Indian Ocean Humpback Dolphin surfacing in the shallows. In this area, one could actually see the reefs below the surface, which the dolphin cruised by effortlessly. It looked as though this dolphin was hunting, so we stuck around to watch for a few moments before continuing with our tour.

We found our next pair of whales just over The Clyde Reef System, where another mom and calf could be seen slowly travelling along towards the island. We got some quick views of these gentle giants before heading deeper into the bay where we found a massive mom with a huge baby to match. This mom was exceptionally large and her baby could almost be confused for a sub adult. We spent some time completely in awe of these two before moving over towards Geyser Rock. We spotted a raft of Penguins along the way and then cruised by the Cape Fur Seals before heading back in.

The final tour of the day began just after 3 and saw us heading straight towards Shark Alley. On the way, we picked up a dead adult African Penguin who appeared to have been killed by a seal who took a bite out of its stomach. Although this was very sad, we were able to see some lovely big rafts of African Penguins a little later. We stopped at our seal colony first, taking in the sight of these majestic creatures before setting our sights on Pearly Beach.

The whales were cooking here, with us spotting a very active Southern Right Whale calf playing close to mom. This baby had some beautiful white markings all over it’s back and tail, and baby was certainly a performer. We got to see a breach at the beginning of the sighting and a tail throw a little later on to the delight of all on board.

We also had a spy hopping adult closer to shore who gave us some really great looks. Whilst watching this adult, a mom and calf also gave us a surprise close encounter, moving very close to the boat before heading out into deeper water. We also got some tail action at the end of the sighting, which made for a great end to a great day. 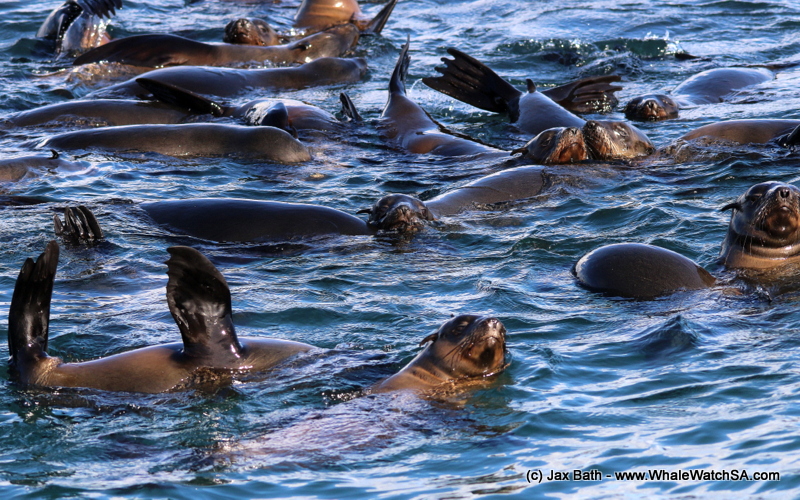 A collection of youngsters giving us a look. 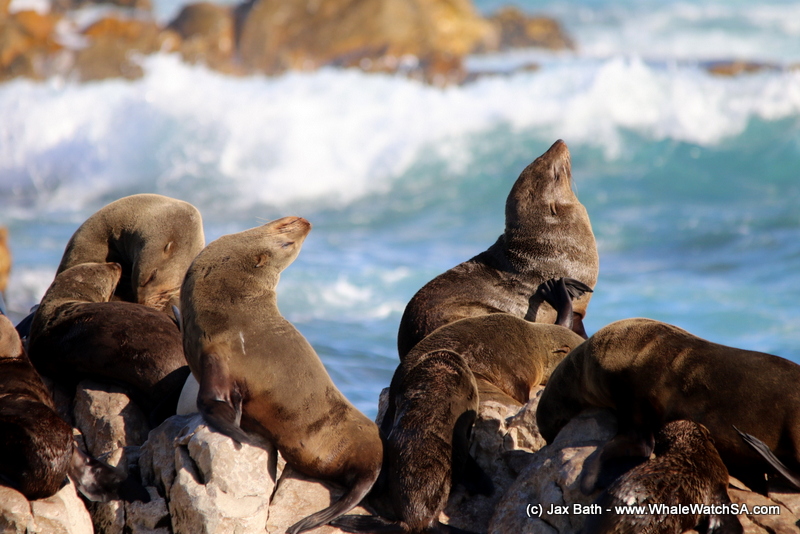 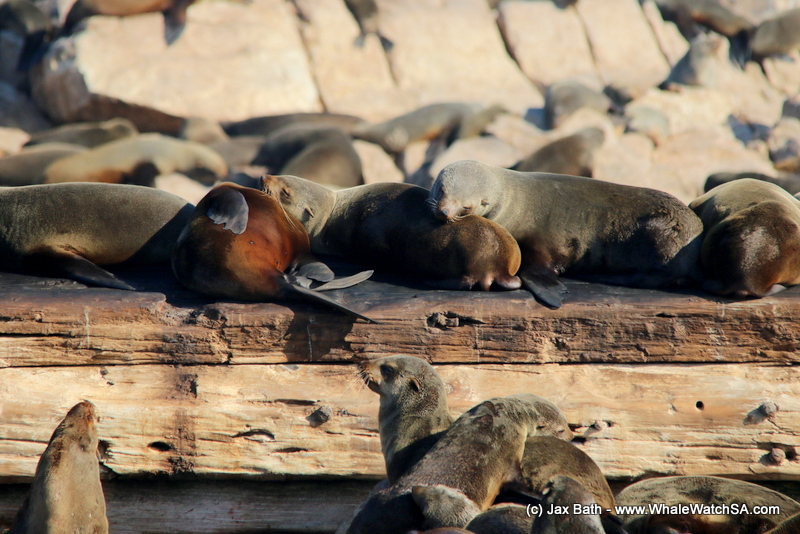 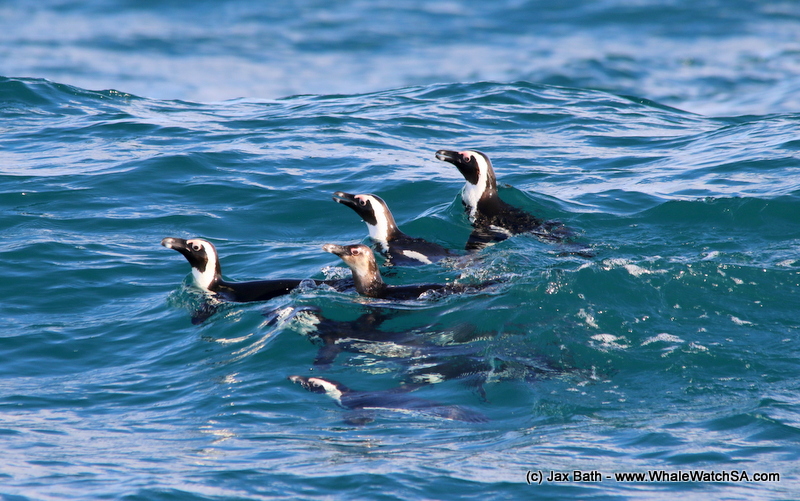 A raft of African Penguins heading home, check out the birds still under the water. 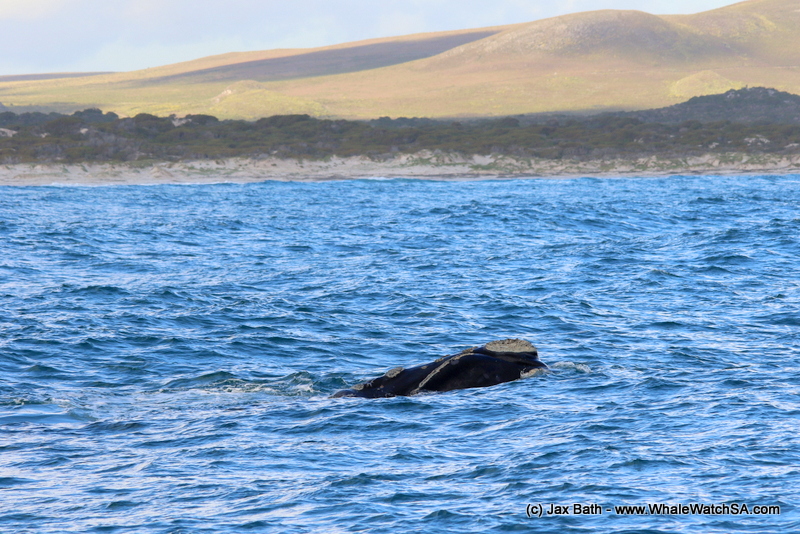 Mommy sticking her bonnet out the water.

We don’t always get to see the calves throw their tails up, but this unique looking baby really did give us a show. 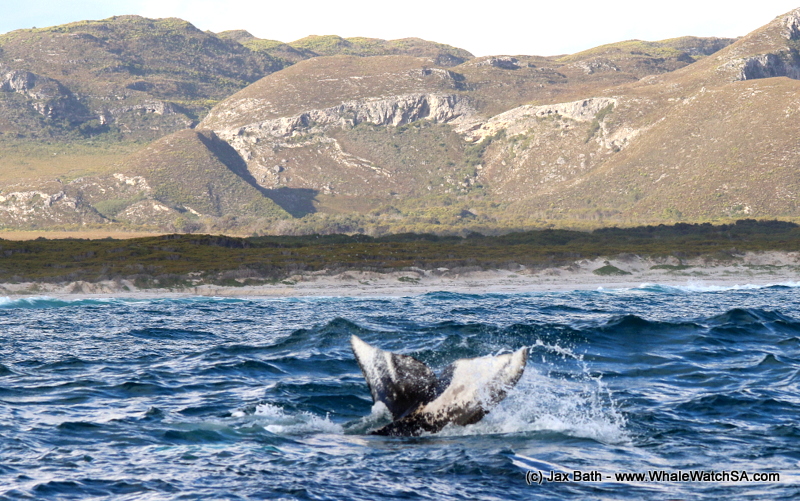 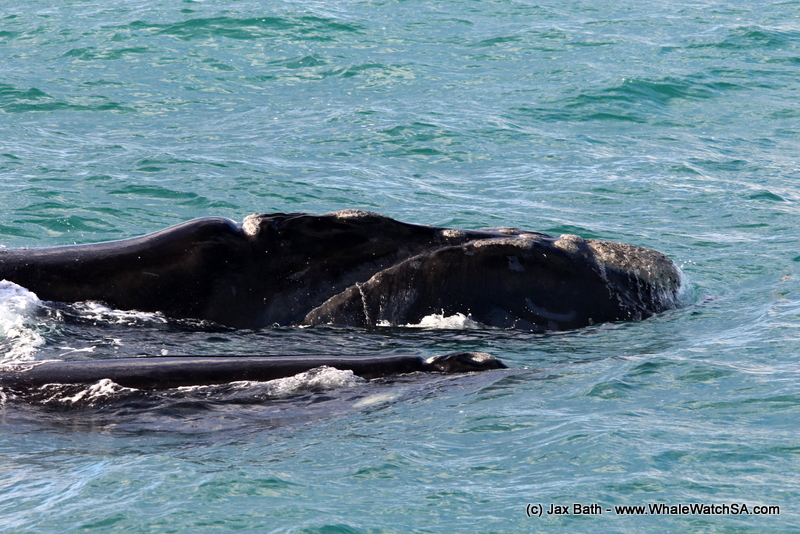 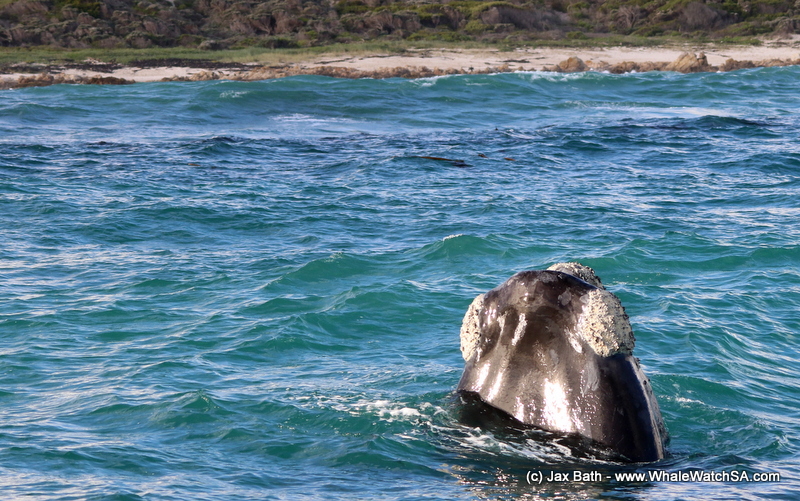 This whale kept giving us these gorgeous Spy Hops, which made for some great photos. 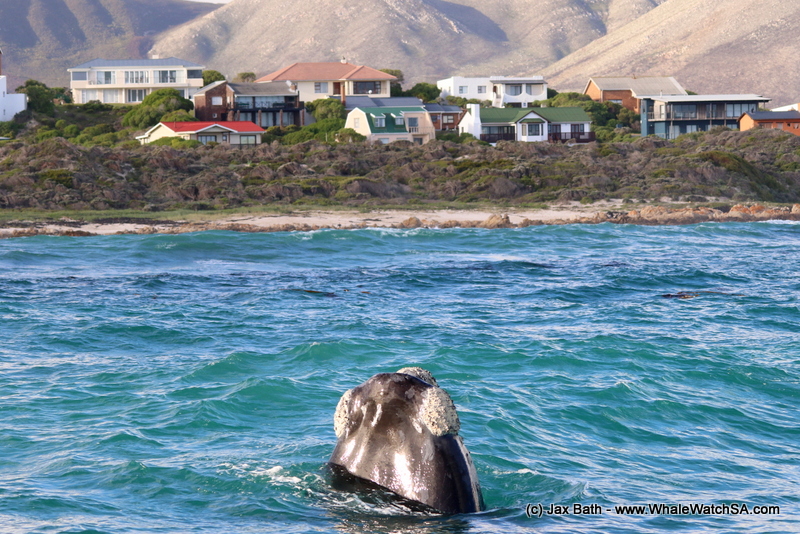 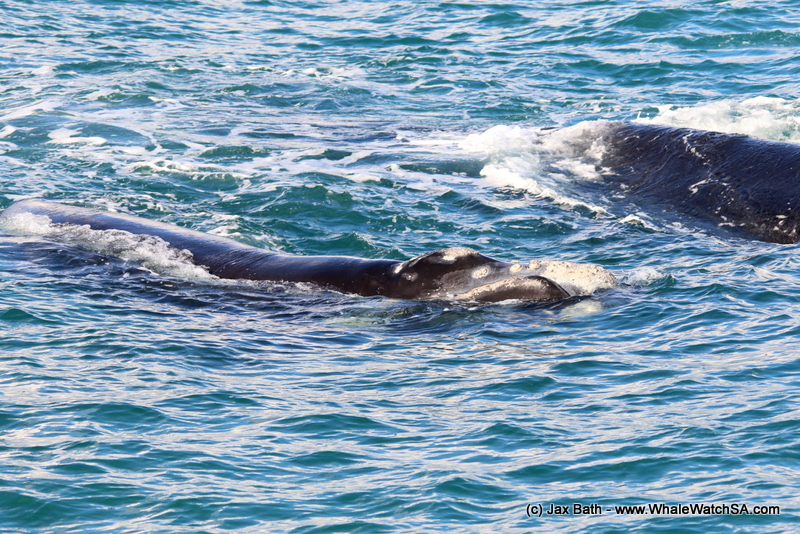 A Southern Right Whale calf comes in for a closer look. 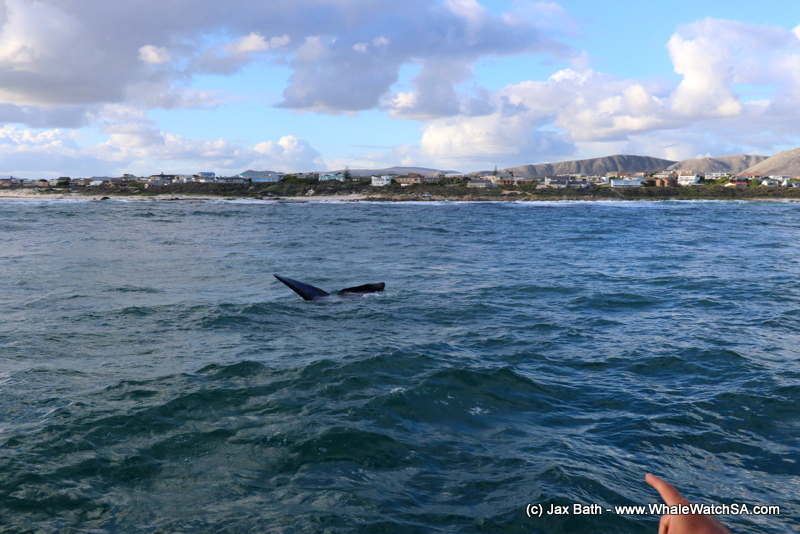 We had some really active whales around on trip 2. 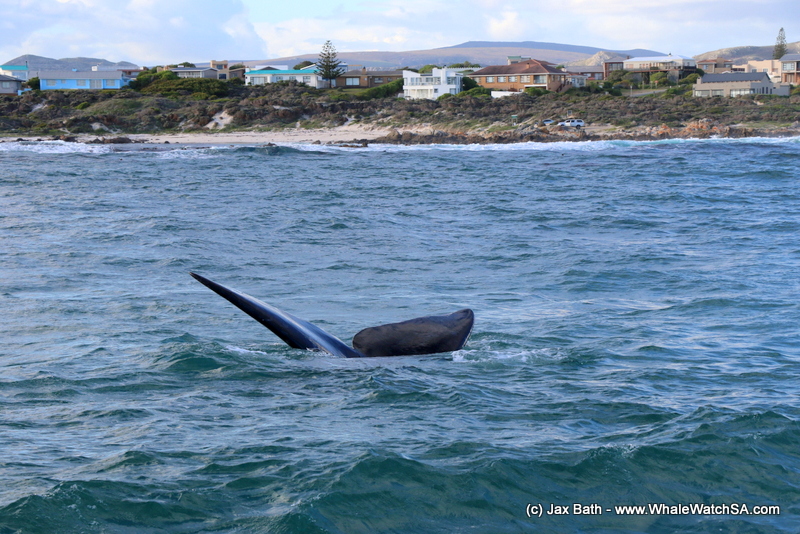 Some end of day tail action. 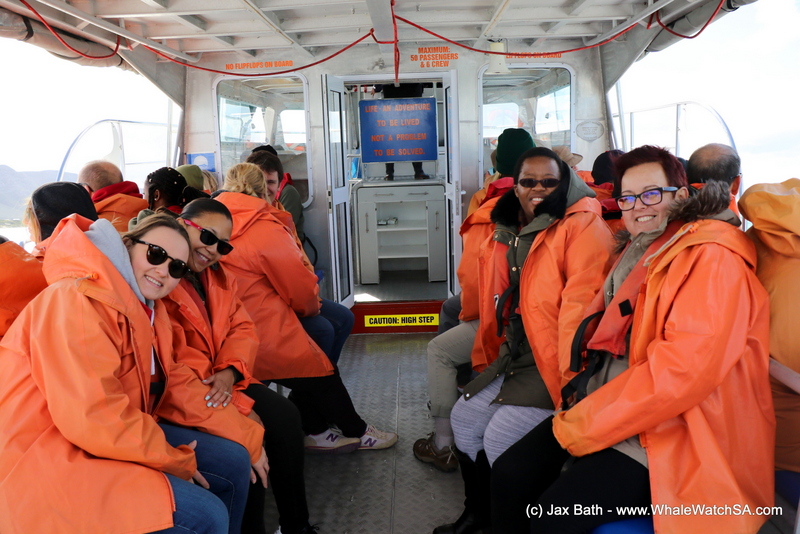 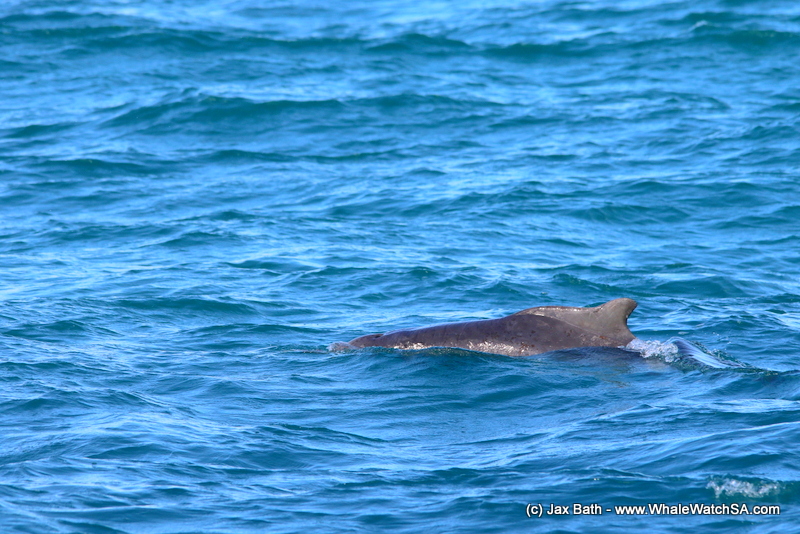 it was really great to catch up with this individual feeding close to Jouberts Dam. 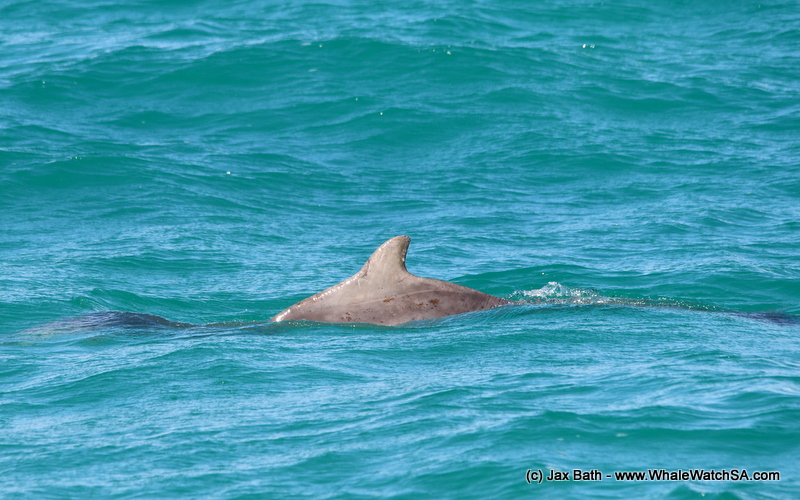 A lone Humpback Dolphin doing some fishing in the bay. 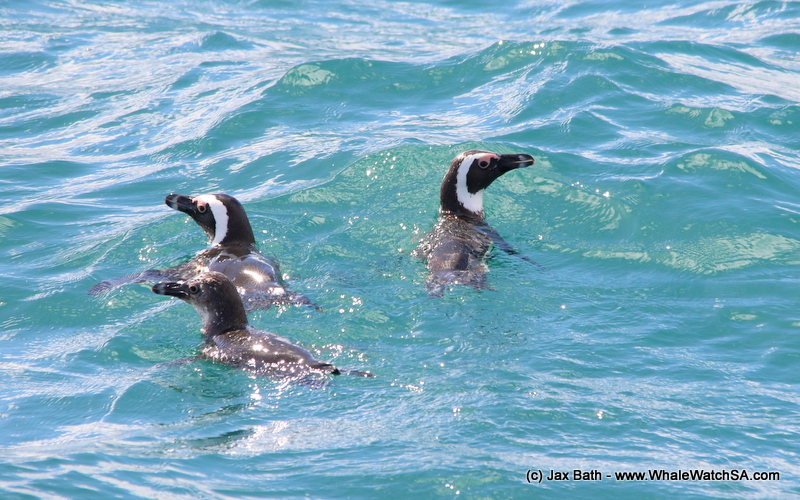 Two adult African Penguins as well as a Blue doing some fishing. 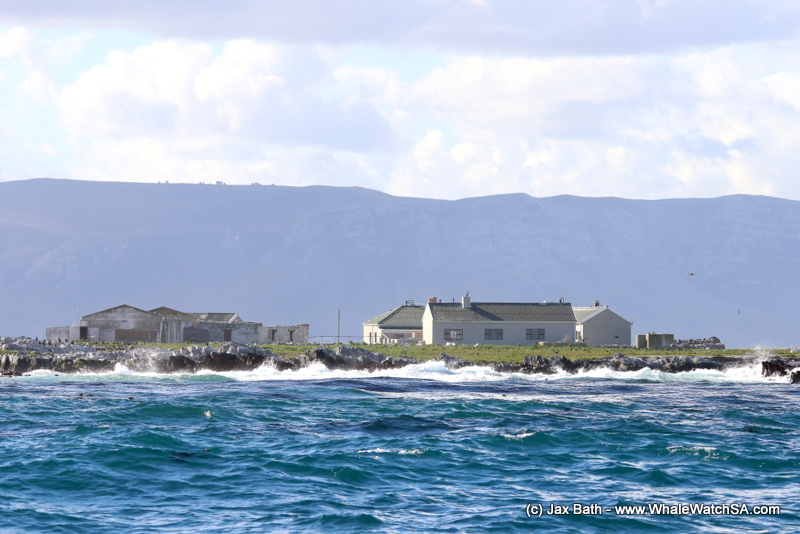 Dyer Island and her houses. The houses, which were once used as gauno harvesting stations, are now managed by Cape Nature. 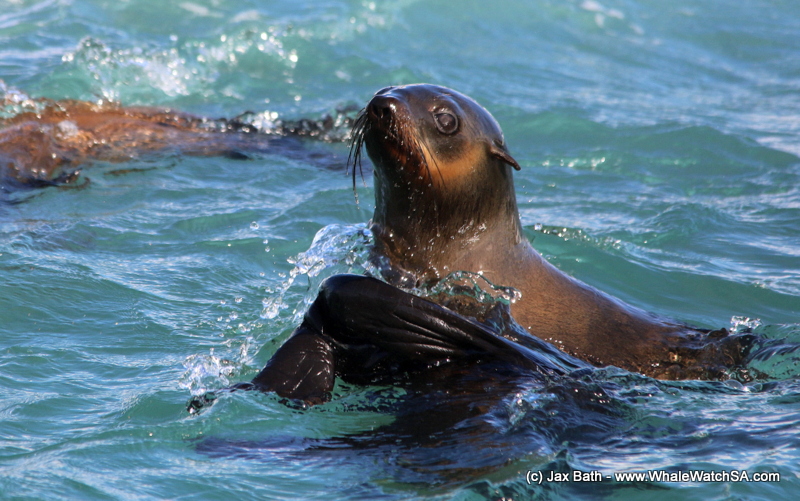 A curious pup checks us out whilst hiding behind a friend. 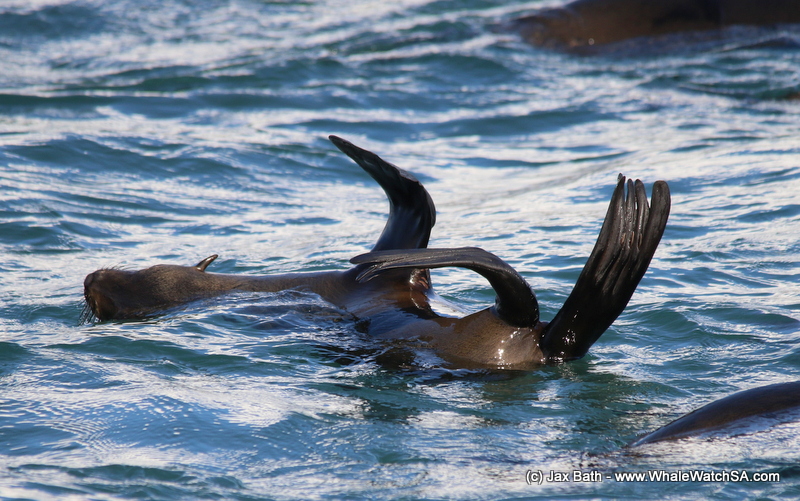 A seal having some down time in Shark Alley.