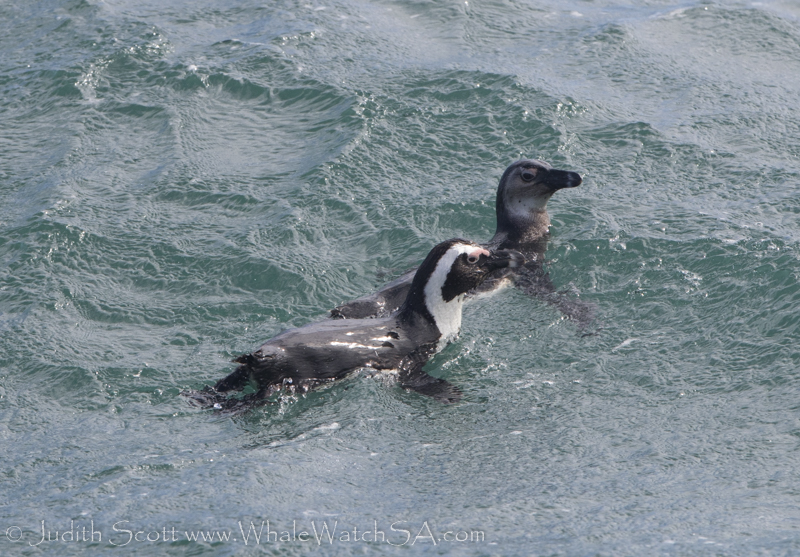 We had three adventure filled tours out with the whales today as we had some wind coming from the east. We got to see plenty of mother and calf pairs of southern right whales on every tour, however one calf in particular gave us some great looks today. Some calves are born with some distinctive white patches on the body and we saw this calf and its mother, with grey patches on her, on all three tours. We got some nice close looks at this calm mother and her calf on the first two tours of the day, but on the last tour the calf became active and we were incredibly lucky to see lots of big lob-tails from the calf, a couple of breaches and also some pec-slaps from Mum. By this tour the wind was blowing quite strongly and this does tend to make the whales more surface-active, for some reason.

On tours one and two we landed and launched from Gansbaai, due to the tide, allowing these passengers the adventure ride of going around Danger Point, with its distinctive lighthouse. It was built after the HMS Birkenhead went down on an unchartered rock at the point in 1852. Hundreds of people lost their lives that day and the lighthouse was built at the point later, to warn ships of the dangerous hidden rocks in the area.

As well as showing all the passengers the cape fur seals, the last tour of the day was also lucky enough to see an adult and juvenile penguin close to the boat at the end of the tour. This penguin was surprisingly relaxed, preening itself while a big boat looked down at it! 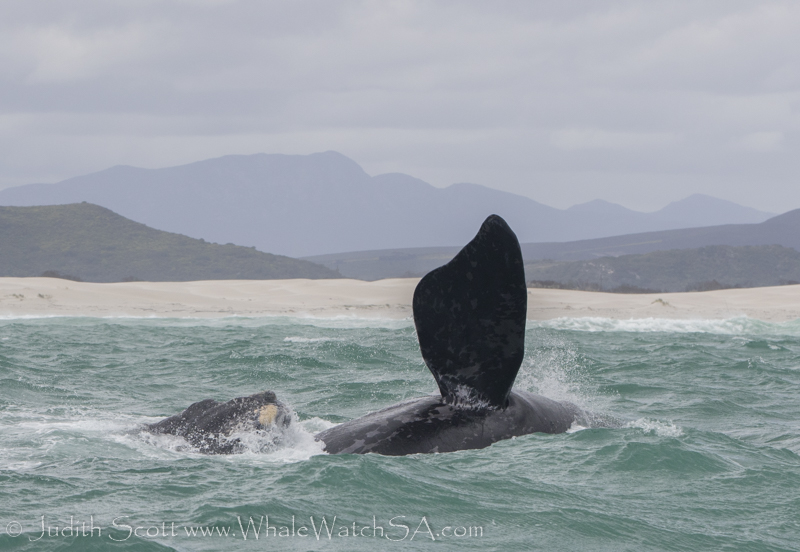 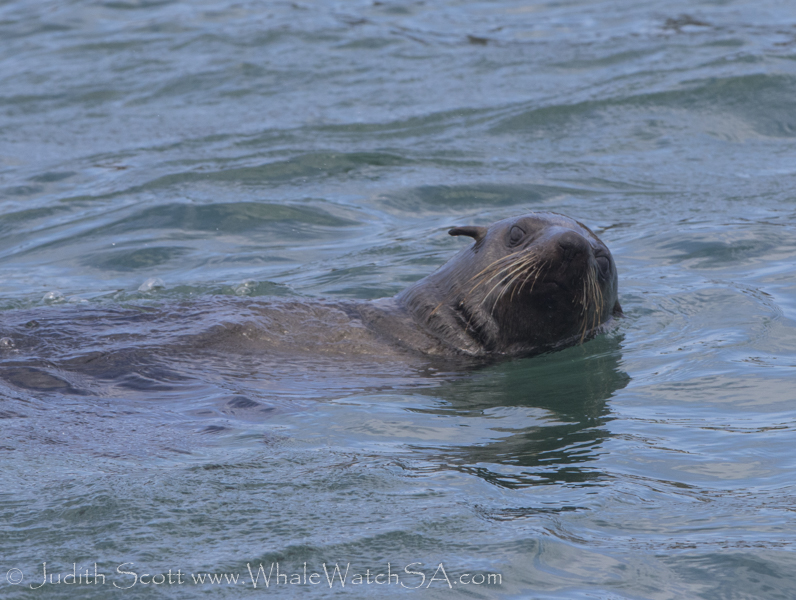 An adult and juvenile African penguin 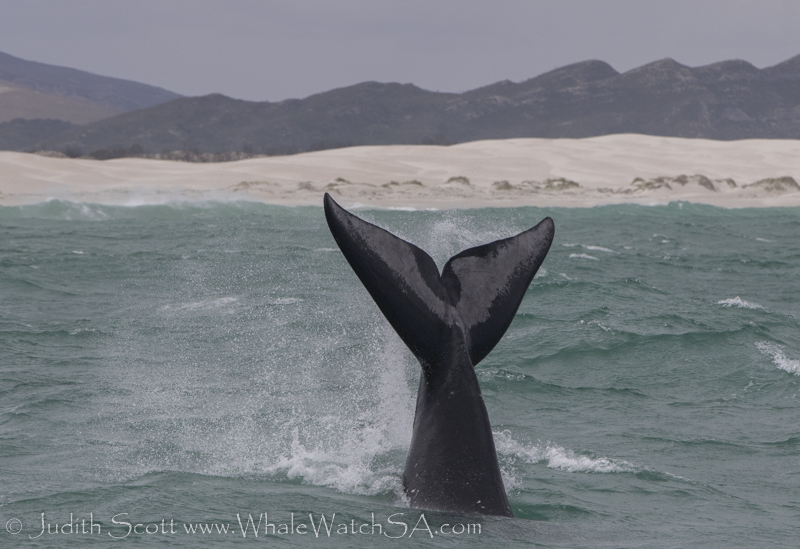 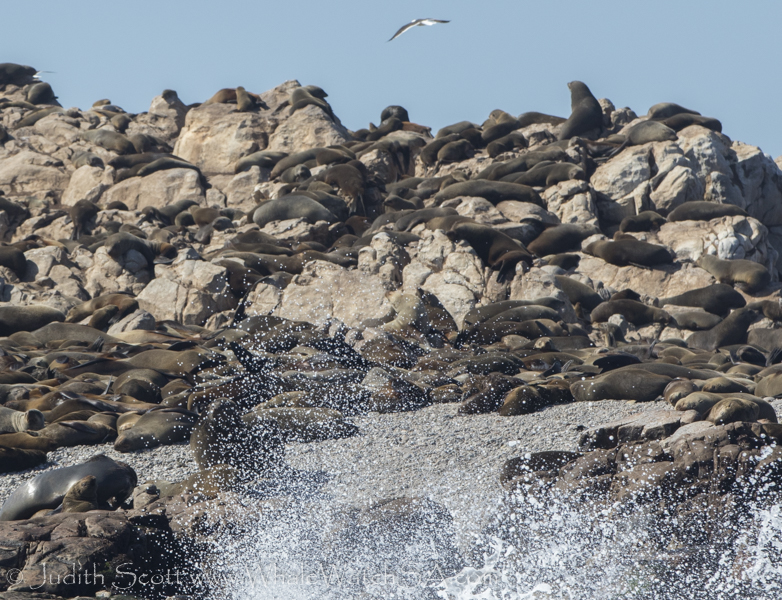 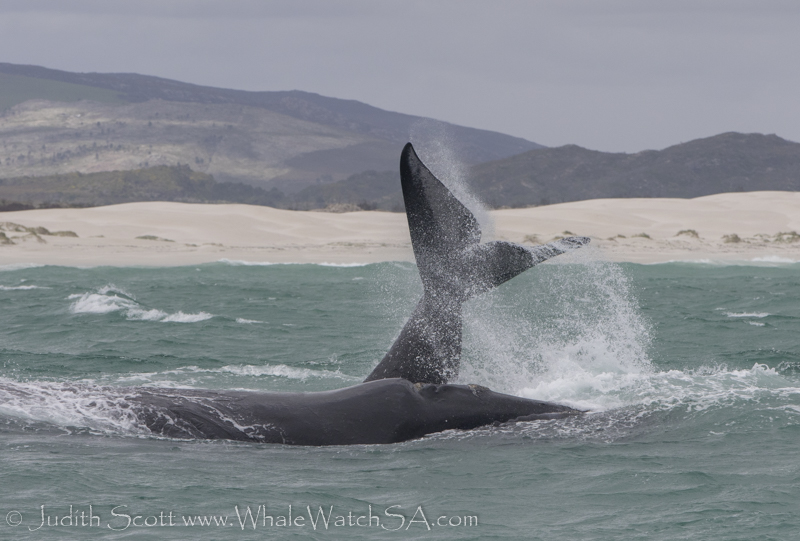 Southern right whale calf lobtailing with its Mum in the foreground 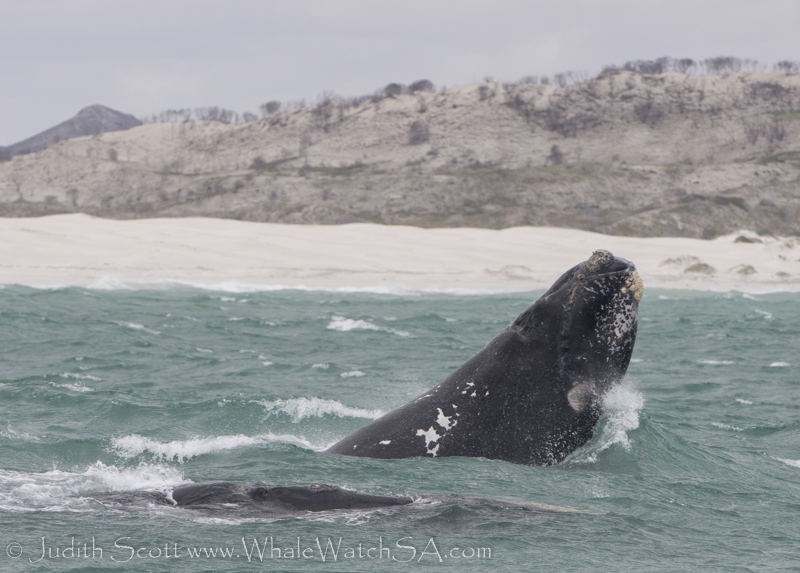 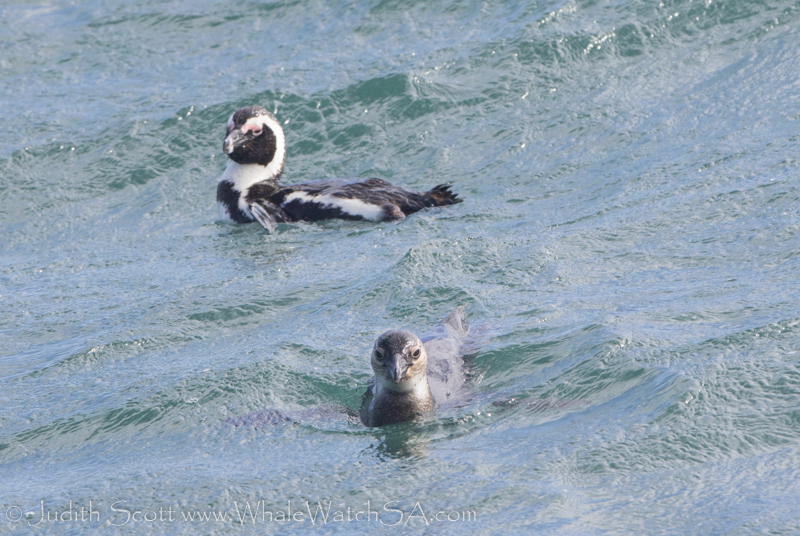 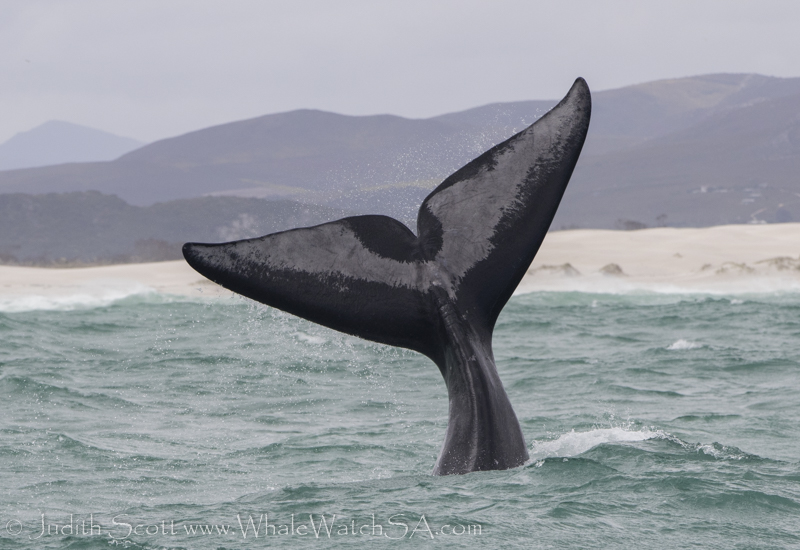 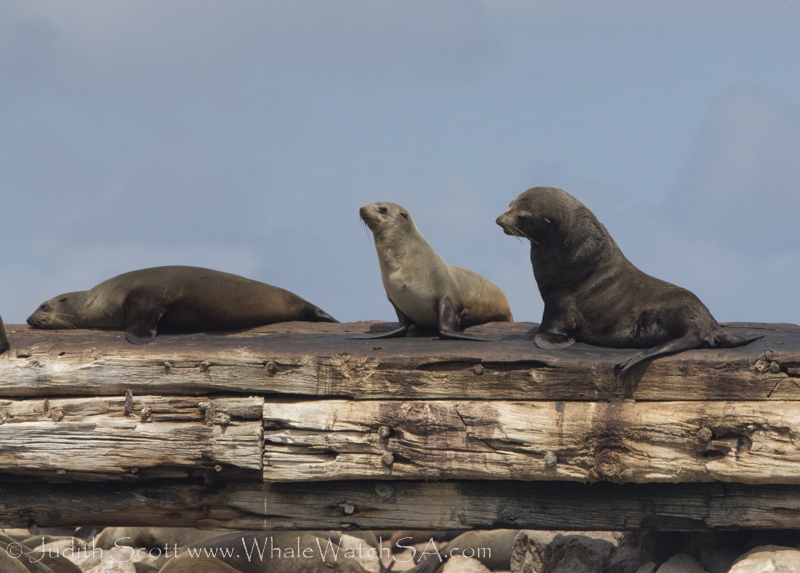 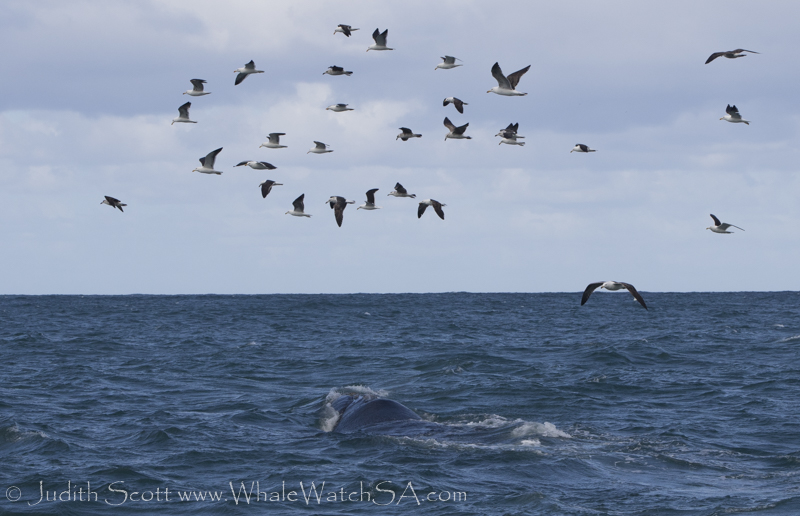 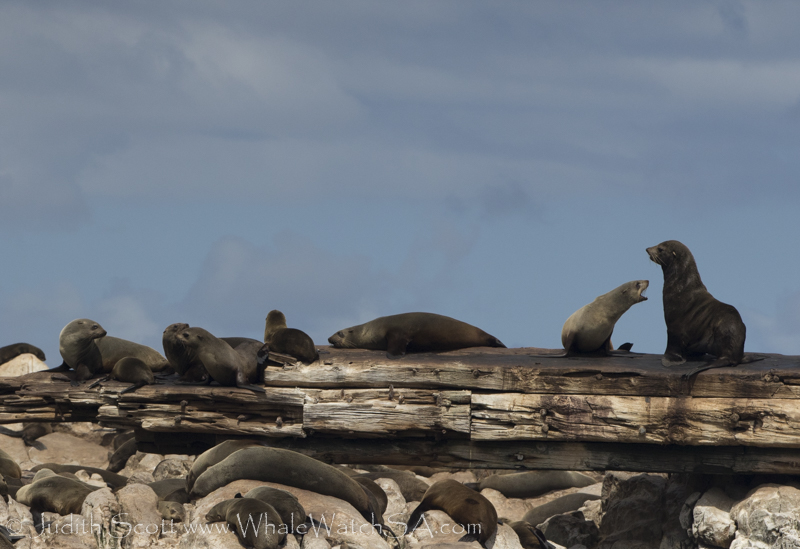 The cape fur seals on the Prince Port shipwreck